..and another one bites the dust..

Score one for the good guys!

one way to stop the bottom man...

We need the middle and top dog to stop the poaching...

James.Grage said:
one way to stop the bottom man...

We need the middle and top dog to stop the poaching...
Click to expand...

Could not agree more with you!

Couldn't agree more, we spend alot of time chasing the low level guys trying to make a living up here in the DRC, would love to find out who is giving the guns and ammo...

What drives a man to partake in a crime where the penalty is death? Are these people that desperate just trying to survive to somehow support their families? Or are they just greedy, motivated by the monetary reward with no regard for the wildlife they destroy?
It's not one world out there. I am not sure I will ever understand.

it seems like theyre linning up to do it doesnt it .
there must be big bucks in it to be prepared to pay the ultimate price
THE HUNTER; The person that pays over 90% of the cost for the presavation and maintance of wildlife and gets zero credit for it ................

This from 'The Daily Telegraph'. As the article is behind a paywall, I copy it here: 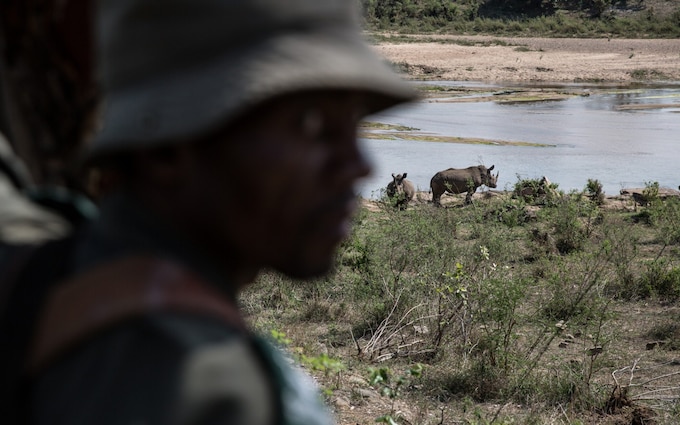 Africa’s oldest wildlife sanctuary is struggling to survive as it tries to fend off increasingly sophisticated international poaching networks amid a lack of funds and apathy among impoverished local residents.

Kruger National Park in South Africa was established in 1926 and until Covid-19 lockdowns was reportedly one of the world’s most profitable reserves, attracting more than one million visitors a year to stay in everything from luxury lodges to basic camps.

About the size of Wales, it is home to about 30,000 elephants, 490 different species of birds, including 15 types of eagle, and five million acres of magnificent forests and grasslands.
But tourist numbers have plummeted thanks to coronavirus-related travel restrictions, leaving both rangers and people living on the park’s borders vulnerable to being bribed by poaching syndicates with deep pockets.

These groups are creating ever more complex schemes to get hold of animal parts to illegally ship to buyers in China and Vietnam, with one animal of particular interest: rhinos. 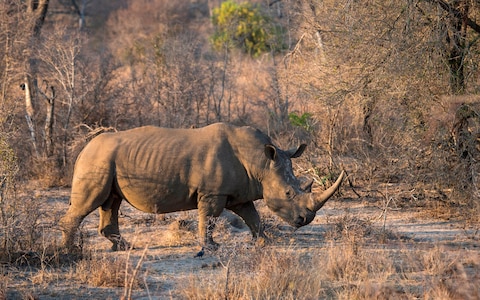 The rhino population fell by nearly 800 to hit 2,809 last year. Only 250 deaths are officially poaching-related, but no one can explain what has happened to the others.

“We’re doing everything we can, but from a resource point of view we’re overstretched,” Dr Luthando Dziba, head of conservation services for South Africa’s national parks, told local paper The Daily Maverick. “To be honest, it gives us sleepless nights.”

At that rate of depletion, Kruger could have no more rhinos - one of the big five animals that safari parks rely on - within three or four years.


'The consequences are chilling'​

“The consequences of that are chilling for the park’s international reputation,” said wildlife writers Don Pinnock and Helen Kriel in a recent report on the issue. “Kruger would no longer be a Big Five game reserve.”

Poaching happens daily in Kruger, with sometimes up to seven groups active there in a day. Since 2014 there have been 19,154 logged poacher incursions, an average of 2,736 a year.

Tip-offs for where to find rhinos and other animals often come from the 2 million or so poor locals who live in the towns around the park. Kruger straddles two largely rural provinces, Mpumalanga and Limpopo, where most residents have never been inside the park. 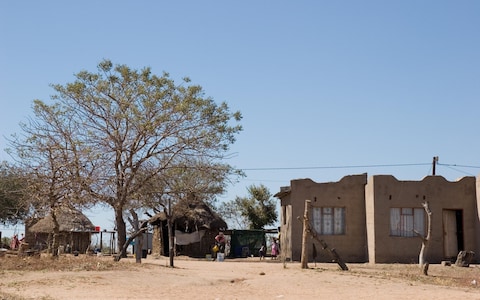 Many of the communities around the park are poor and vulnerable to bribes CREDIT: Temistocle Lucarelli / Alamy Stock Photo

That means that when poachers come by in expensive cars and offer cash in exchange for information, they find plenty of willing helpers.

That’s especially true given the “extensive legal proceedings” and “painfully slow” trials for the few people arrested. A new strategy drafted more than five years ago to improve anti-poaching measures has not yet been approved by the government.

But tip-offs can also come from poorly paid and demoralised rangers - there are currently 82 unfilled posts.


'Until training happens, poaching will continue'​

This reliance on inside information is “partly a result of our successes with enforcement actions,” Gareth Coleman, the managing executive of Kruger Park, told The Daily Maverick.

“Just climbing over a fence and going to find a rhino is much more difficult now. So the strategy is moving to [an insider] seeing a rhino, giving the coordinates, and then there’s money in a bank account.”

An army veteran in the area, who asked not to be identified, said that the poachers coming into Kruger were increasingly well armed.

“They are terrorists, and none of the game guards, nor the bosses of Kruger have had military training or experience,” he said. “Until this training happens, poaching will continue.” 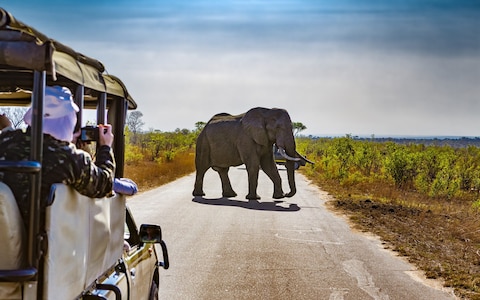 The park has seen fewer tourists during the pandemic CREDIT: Shutterstock
These problems are compounded by the park’s financial issues. The lack of visitors during the pandemic has been devastating, and the recent travel ban imposed after the discovery of omicron was a fresh blow. Government loans have now run out.

“We had hoped for a bumper festive season to close the funding shortfall,” said Mr Dziba. “However, the picture has changed since the discovery of the new Covid variant and the closure of borders.”
Kruger’s operating budget has been cut by 66 per cent, while last year SANParks, the company that runs all of South Africa’s national parks, registered a loss of more than R280-million (£13m). In 2019/20, it generated a surplus of R290-million.

It’s a reflection of the broader issues facing the country as it struggles to emerge from the ravages of the pandemic.

He is now working on engaging nearby businesses and meeting locals - which he believes will provide a solution for both the park and its endangered animals.

“How do we turn the economy of Kruger outward so we can ensure the people who are closest to the Park can begin to benefit,” he asked. “How can we put rhinos under the protection of communities?”

What's the trophy fee?
You must log in or register to reply here.

Another one bites the dust ...... Rhino Poacher

BAYLY SIPPEL SAFARIS
We cannot wait to share in some amazing adventures with everyone in 2023 again! Please don't hesitate to message us for a quote, customized safari or even just a chat! #HuntBaylySippel
Tuesday at 12:35 PM •••

BLJC30 Tgood1 BLJC30 wrote on Tgood1's profile.
I seen a post saying that you do taxidermy in WV. Where are you located in WV and do you have a price list?
I'm going on my first safari in June.
Tuesday at 10:56 AM •••
S
SteveSac mdwest SteveSac wrote on mdwest's profile.
Hey There,

Saw your safari come up as a recommendation and wondering if you had any time to chat.
Thanks!
Steve
Saturday at 12:34 PM •••

ofbiro Theleatherman ofbiro wrote on Theleatherman's profile.
Hi Theleatherman, I attach two price lists, one in English, one in Italian, because several words of the language used by the agent are very difficult to understand. If you get in touch with Laszlo Keresztes (owner/manager) tell him that you got the name from Paolo Sinha, italian hunter.
Suerte!
Nov 22, 2022 •••