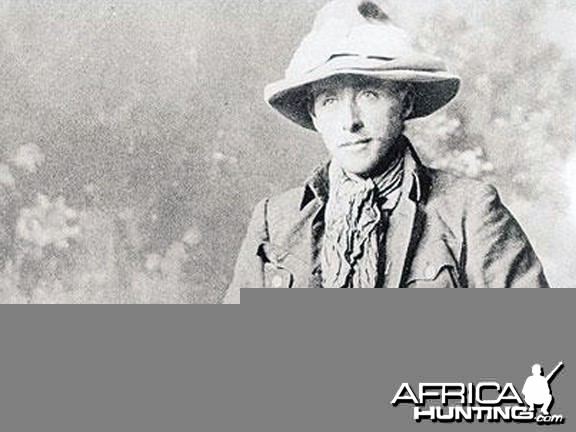 Philip Percival traveled to British East Africa in 1906. He was the younger brother of Blayney Percival (Game Ranger's Notebook, 1924), game ranger and the first game warden of Kenya (1915-1923). Philip tried his hand at ostrich farming, but after the Roosevelt safari, he went into the safari business and never looked back.

Philip Percival's fame was the result of being in the right place at the right time--twice. In 1909, when Percival was but twenty-three, Kenya settler Sir Alfred Pease hosted the Roosevelt safari at his home in Katanga, Kenya, where they planned to hunt lion on the nearby plains. Pease engaged the Hill cousins, both already famous lion hunters, and young Percival for the hunt. The Roosevelt safari changed Percival's life. 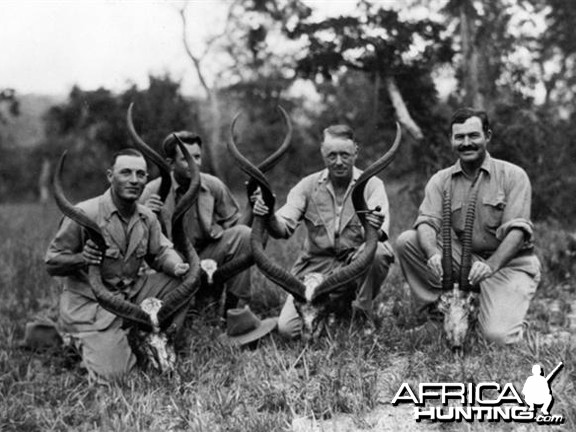 He was a seasoned professional hunter approaching his middle years when, a quarter-century later, he had his second brush with immortality: He guided Ernest Hemingway and became part of literature as "Pop" in The Green Hills of Africa (1935). They were both much older when Hemingway returned to Africa and hunted again with Percival twenty years later. That encounter can be found in Hemingway's posthumously published true at First Light.

At the beginning of Percival's career, a safari was a lengthy affair requiring weeks of travel by ship just to get to the starting point. At the end of his career, he met his clients at the Nairobi airport. Established early and universally respected, he became one of the highest-paid hunters of the 20th century.

Some of his famous clients included Baron Rothschild, the Duke and Duchess of Connaught and actor Gary Cooper. He worked with pioneer filmmakers Martin and OSA Johnson and George Eastman and was a great friend of explorer/naturalist Carl Akely.

One of his early partners in the safari business was Bror Blixen, husband of Karen Blixen (Out of Africa). In later years he mentored a whole generation of professional hunters, including Sid Downey and Harry Selby. He was acknowledged by his peers as the Dean of Professional Hunters and was elected to thirty-four consecutive terms as president of the East African Professional Hunters Association. 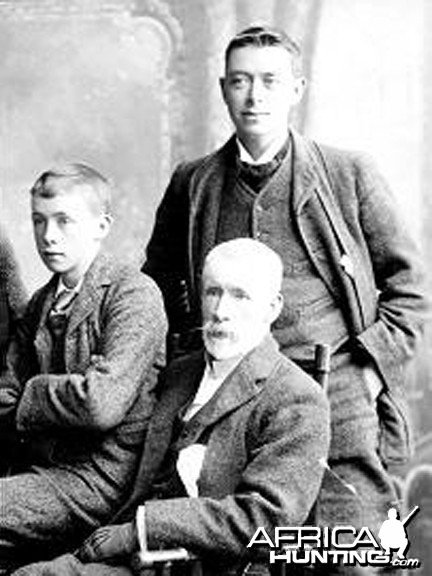 Traveling to British East Africa in 1906, Philip tried his hand at Ostrich farming. Finding that his Ostrich were little more than Lion bait, he gained experience quickly in the “art” of hunting Lion. When not hunting Lion to protect his Ostrich, he began taking clients out Lion hunting for the sum of ten British pounds per week and twenty-five pounds per Lion. After the Roosevelt Safari, he took on the safari trade in earnest and never looked back. On these early safaris, the sportsman provided their own food, drink, tents, and bedding. Percival was feeling his way through a new profession but more importantly he was gaining valuable experience in dealing with dangerous game. After the Roosevelt safari, because of the enormous publicity that it generated, sportsmen from all over the world began showing up in Africa. The advent of the “white hunter” and the safari trade had come.

Philip Percival was one of the earliest established professional hunters, respected by all, he became one of the highest paid hunters of his day. 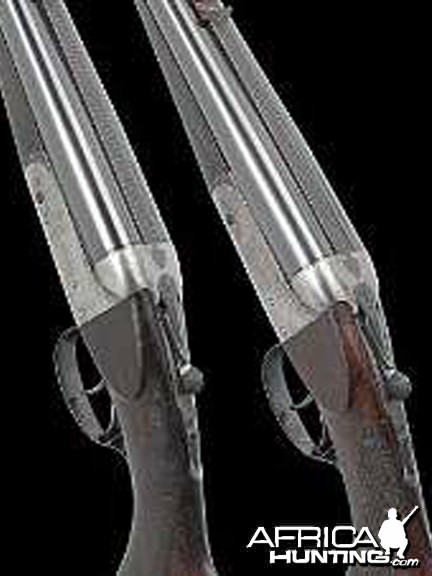 The pair of .450 (31⁄2in. No. 2 Nitro Express) boxlock ejector rifles by Joseph Lang. The rifles were completed in 1927, as a pair, and that they were bought by Percival on 9th December 1927. After a lifetime hunting Percival had lost none of his fearlessness or accuracy. A few days after his 76th birthday he killed two stock-killing lions with a “right and left” using one of these rifles.

Philip Percival, one of the greatest professional hunters of all time, was the founding president of the 'East African Professional Hunters’ Association', serving for sixteen years. Arriving in British East Africa in 1906, he was lured into hunting by the Hill brothers, the three men becoming involved in running the transport for Theodore Roosevelt’s famous Safari of 1909-10, and served in the First World War, attaining the rank of Captain.

Percival went on to become one of the highest paid professional hunters of his day, with clients such as George Eastman and Baron Rothschild, as well as acting as a guide to Ernest Hemmingway. The latter was inspired to write Green Hills of Africa (1935), using Percival as the inspiration for the character 'Pop'.

Twenty years later Hemingway returned to Africa and hunted again with Percival. A record of that encounter can be found in Hemingway's posthumously published book, True at First Light. In later years he mentored hunters of the calibre of Sid Downey and Harry Selby, becoming acknowledged by his peers as ‘the dean of the white hunters.’

Before his death, Percival compiled a manuscript recounting some of his experiences, which was published shortly after his death under the title Hunting, Settling, and Remembering (1967). Although copies of the book are rare, his encounters with Hemmingway and Roosevelt, and their comments about him, serve to ensure his memory survives. Philip Percival completed a manuscript that was published in a small run after his death (Hunting, Settling, and Remembering), but regrettably it's out of print. But, like Selby, Percival didn't need to write his own books to become famous. After all, he had the likes of Roosevelt (African Game Trails) and Hemingway to do that for him.

An Excellent big game hunter under whose guidance and apprenticeship Harry Selby another African respected PH learnt the traits of the big game hunting in Africa.
Last edited by a moderator: Dec 8, 2016
You must log in or register to reply here.