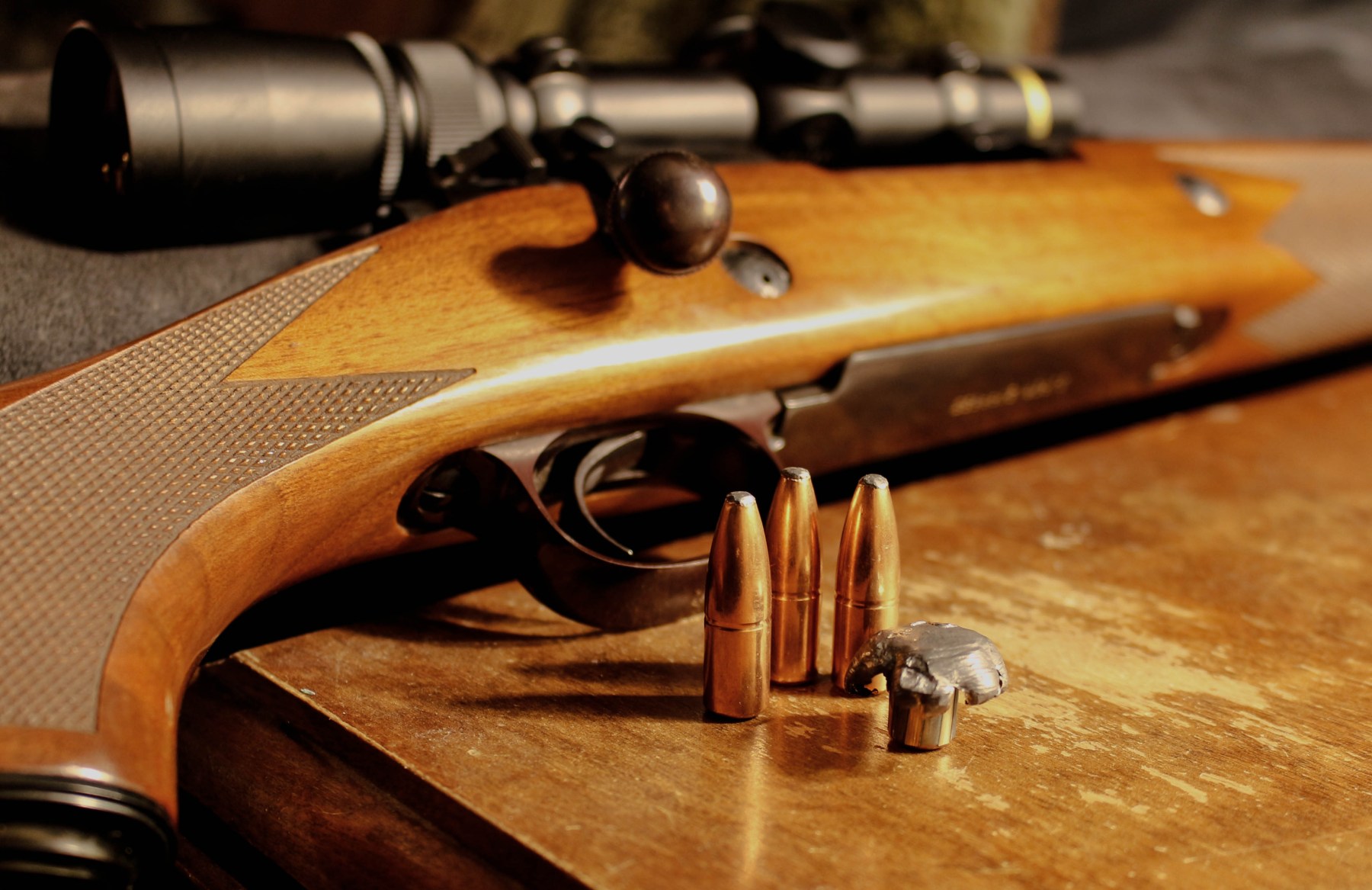 The Norma Oryx is designed to provide a perfect blend of expansion and penetration, and is available in calibers both popular and rare.

STORY AND PHOTOS BY PHIL MASSARO

Three does jogged across the little valley below me, pausing only to look over their shoulders. It wasn’t long – a matter of seconds – before I heard the telltale grunting.

He wasn’t the biggest buck I’d ever seen, but he had eight points and a big body, and at that stage of the season he was a shooter. Head down, searching side to side, neck swollen, he cruised along giving the does’ scent the utmost attention. 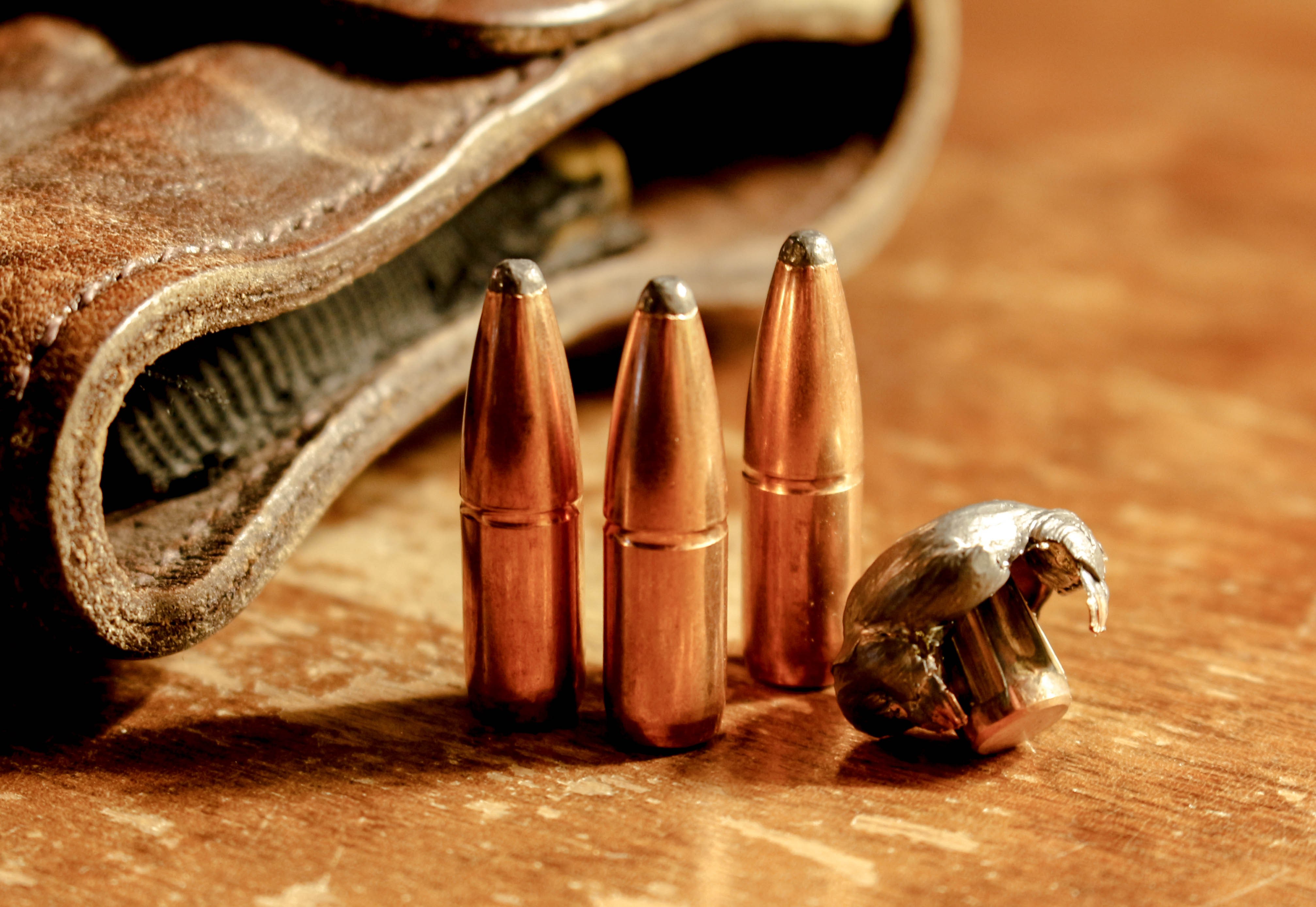 The 180-grain, .30-caliber Oryx, in original form and expanded

At 90 yards, he stopped and gave me a quartering-toward shot, and I placed the crosshairs of the 6.5-284 Norma just inside his foreleg, gently breaking the trigger. At the shot, the buck ﬂipped backward onto his back, legs in the air, and stayed in that position. The 156-grain Oryx had taken him through the heart and lungs, and proceeded to exit just behind the offside ribs, killing him instantly.

THE ORYX IS A PREMIUM BULLET, designed for a perfect blend of expansion – to create a large wound channel – and penetration – to ensure that the wound channel reaches the vital organs. Usually designed in a semispitzer proﬁle, the bullet’s copper jacket is engineered to be thinner at the nose, to initiate expansion, yet gets thicker toward the ﬂat base of the bullet. 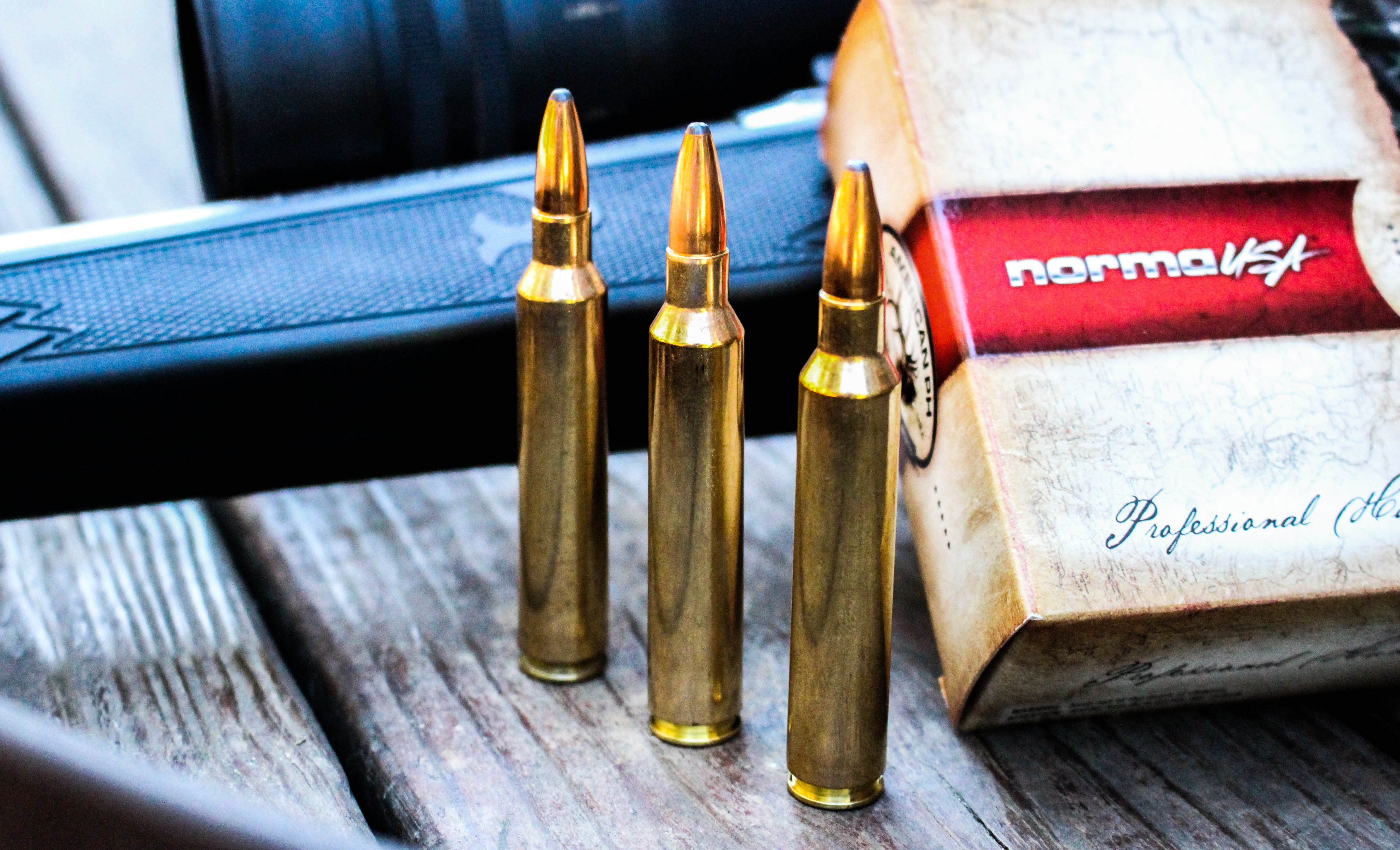 Norma also provides premium-grade, quality brass cartridges, including these for the .300 Remington Ultra Magnum, available as factory ammunition (shown) or as component parts.

In addition to getting thicker, the rear portion of the jacket is chemically bonded to the lead core to make sure that things stay together. Chemical bonding, resulting in what we call a “bonded core” bullet, prevents bullet breakup, and slows the expansion process down to allow the bullet to penetrate deeply. It is one of several methods used to resist overexpansion, a problem common to standard cup-and-core bullets at high-impact velocities, and the Norma Oryx does this well. 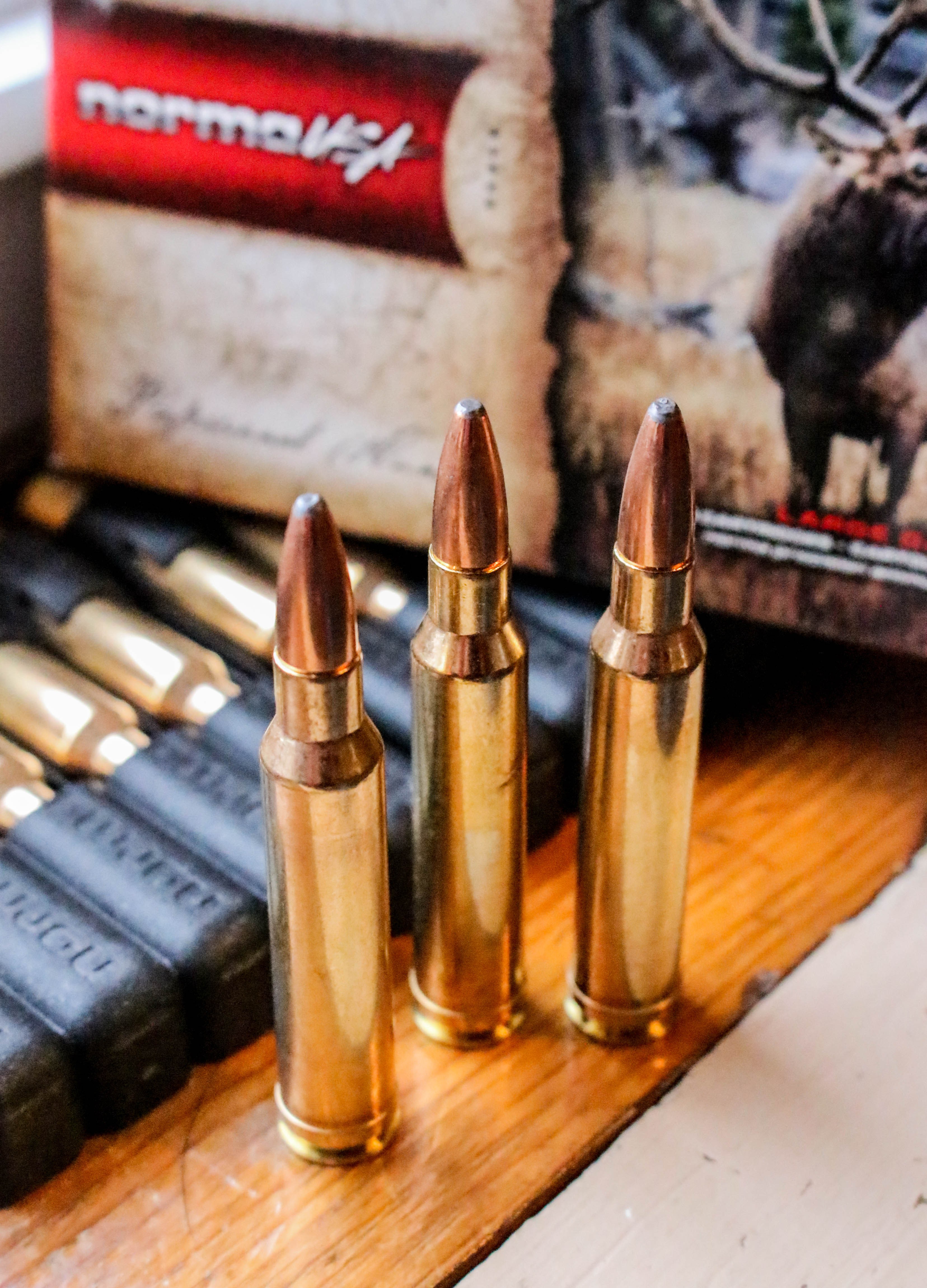 Norma loads the Oryx in some rare calibers, such as the .308 Norma magnum.

Being a semispitzer, the Oryx may not possess the high ballistic coefficient (BC) ﬁgures that some of the sleek, polymer-tipped hunting bullets may have, but at normal hunting distances that doesn’t pose a huge problem. Inside of 400 yards, shots can be made with a bullet in this conformation, and the additional terminal performance can make a big difference when it really counts; should tough shoulder bones, thick hide, or gristle plates need to be penetrated, the Oryx will deﬁnitely hold together for you.

Norma loads the Oryx in their factory ammunition, in calibers from .224 inches all the way up to .375 inches. The smallest are a good choice for those who wish to use a .22 centerﬁre on deer and other similar game. The standard big game calibers, say from 6.5mm up to 8mm, can be used with an additional level of conﬁdence, should the shot angle be less than desirable. 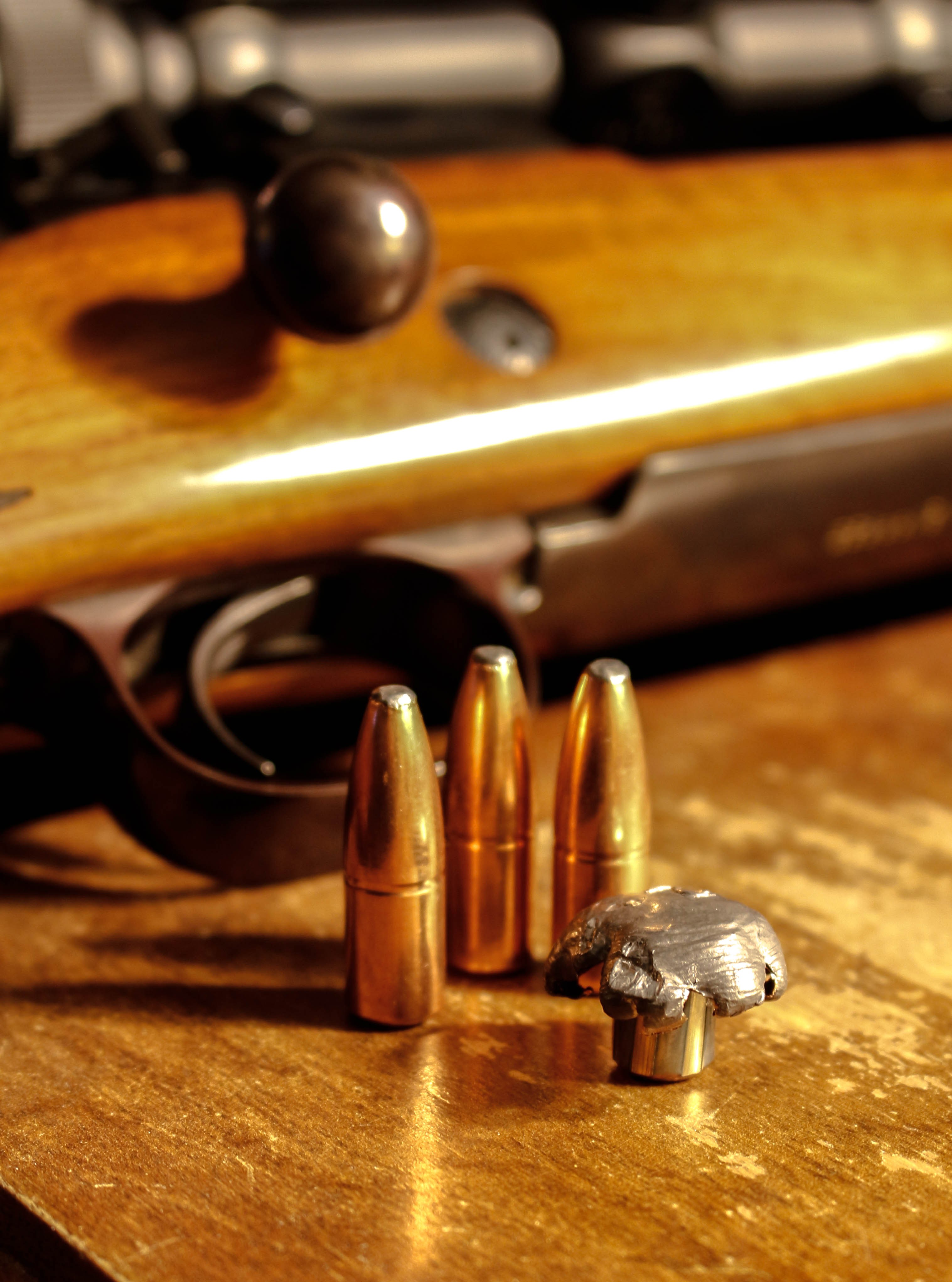 The heavier calibers, from .338 inches up to the .375 inches, will take full advantage of the Oryx’s stature, as these calibers are often used to pursue the largest animals that can be effectively hunted with a soft-point bullet. Norma offers the Oryx in mid- to heavyweight projectiles for caliber, at standard muzzle velocities. Retained weight is often high – above 90 percent in most instances – with expansion usually doubling the original diameter.
THE ORYX IS AVAILABLE IN MOST of the popular calibers, such as the .270 Winchester, .30-06 Springﬁeld, .308 Winchester, .375 Holland & Holland and .300 Winchester Magnum, but also has embraced some of the rarities, like the .308 and .358 Norma Magnums, as well as the Weatherby and Blaser Magnums. Hailing from Sweden, Norma loads many of the metric calibers, like the classic 7×57 Mauser, 9.3x63mm, 8×57 and 9.3x74R, as well as some of those lesser-known calibers here in the States like the 7×64 Brenneke and the 7x65R. 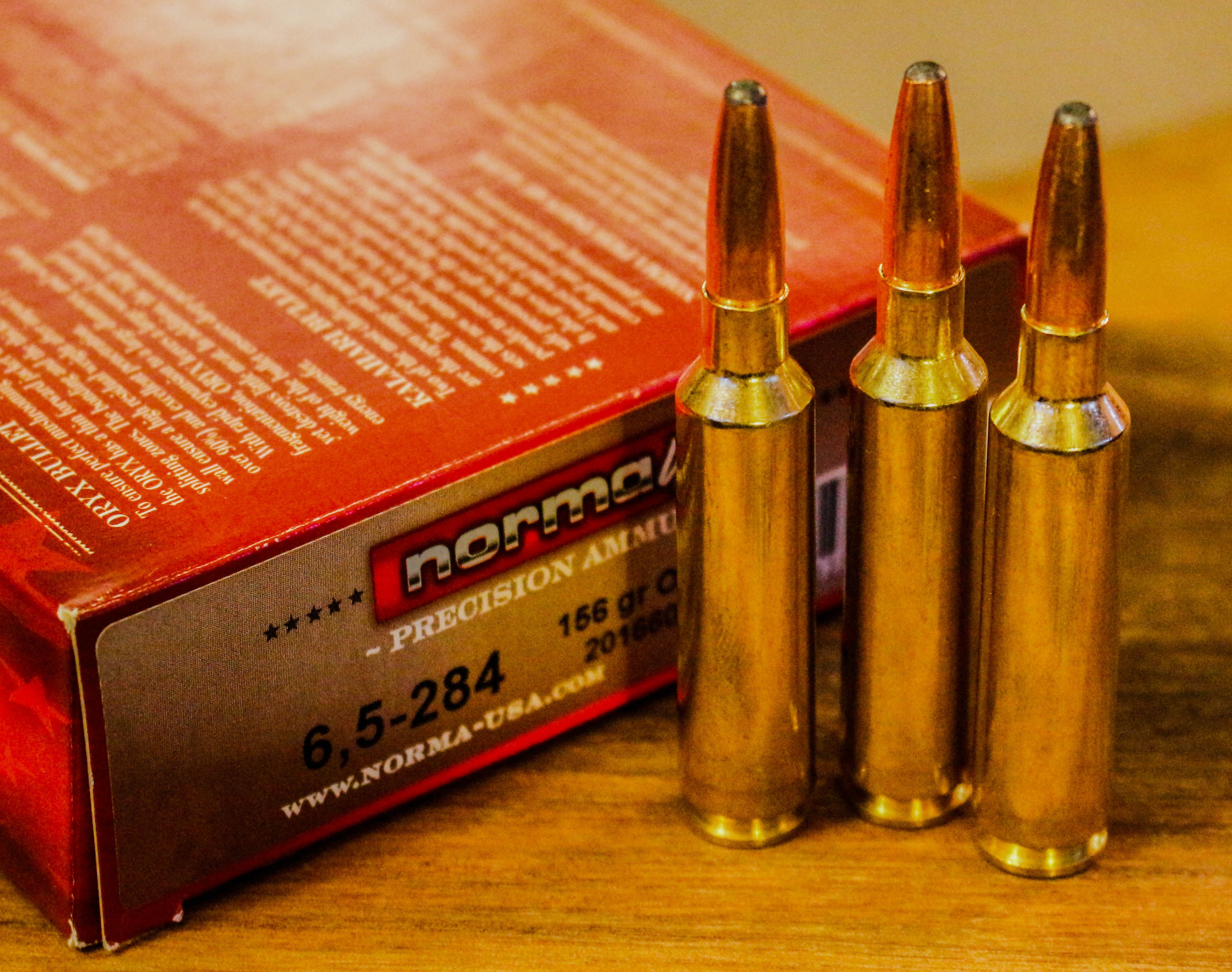 Norma also offers the Oryx as a component bullet for the handloader, so for those of you who like to hunt with your own ammunition, the Oryx remains a viable option.

In the ﬁeld, I like the Oryx for any situation where a difficult shot angle may be the only shot you get, or in an instance where stopping an animal may be necessary. The Oryx would make a very good choice for a hunter who wanted to use his or her .270 Winchester for elk; at 150 grains, the heavy-for-caliber bonded core slug will deﬁnitely hold together well enough to reach the vitals. I also like the Oryx for many of the African species, as well as for our North American bears. Thinking lion and leopard, as well as eland and wildebeest, the Oryx – in a suitable caliber – will provide enough expansion to shred the vital organs, yet will break those tough shoulder bones that guard the vitals.

I also think that a .338 Winchester Magnum or .375 H&H Magnum, loaded with a heavy-for-caliber Oryx, would make an excellent brown bear combination, and would certainly handle any black bear that ever walked. For a hunter who wants to pursue bears with his standard deer riﬂe, the Oryx will handle the shoulder bones and put that bear down quickly. For those who hunt deer with the popular .243 Winchester, the Oryx will surely get the job done, at just about any angle. 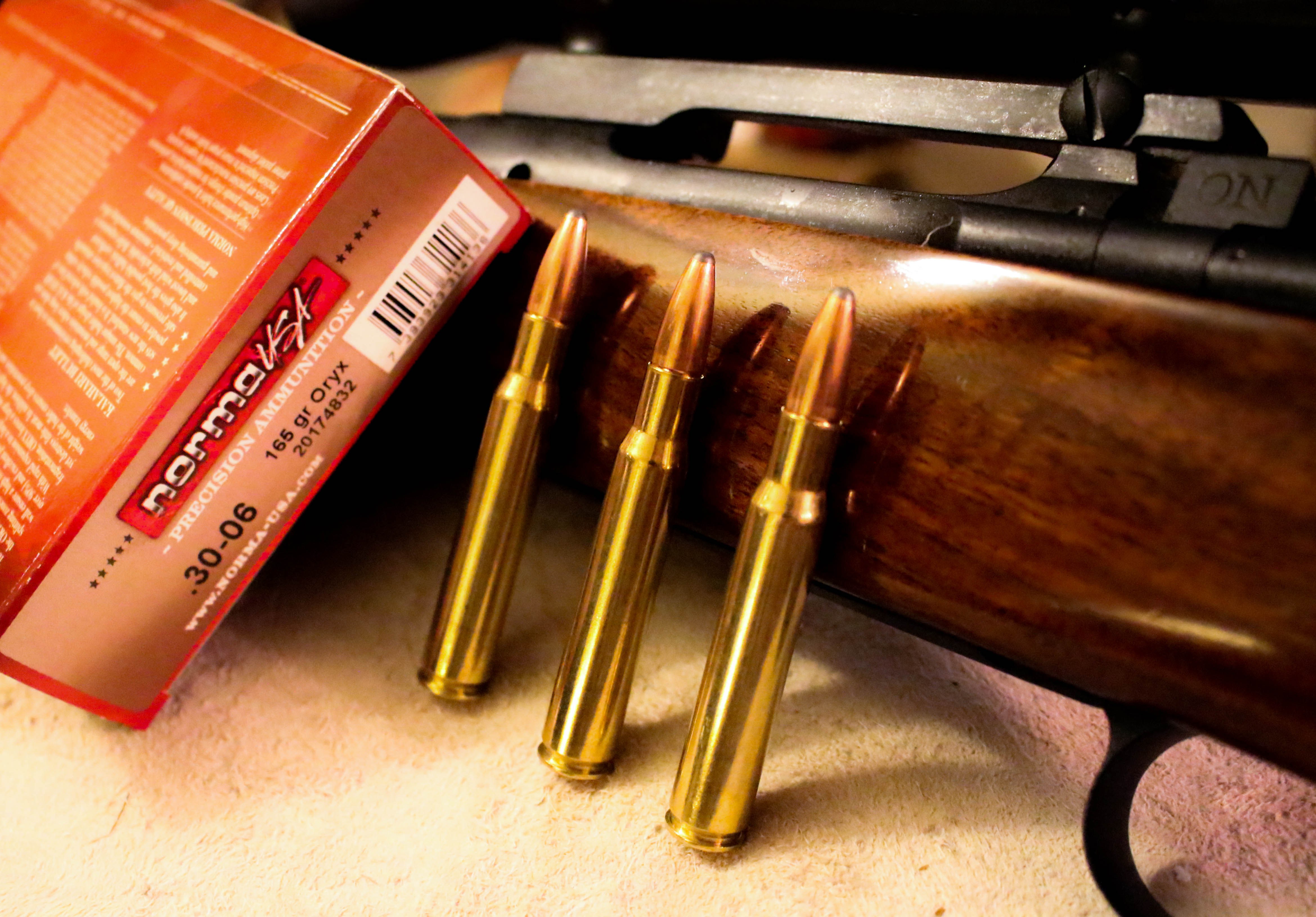 The classic .30-06 Springfield is even better when mated with the Oryx.

Is it accurate? My 6.5-284 Norma will print three of those 156-grain Oryx bullets into ½ MOA groups, as will my .300 Winchester Magnum with 180-grainers. My .375 H&H puts three 300-grain Oryx bullets into exactly 1 inch at 100 yards. For a trio of hunting riﬂes that will handle most all of the big game scenarios across the globe, that’s more than enough accuracy.

In the .375 H&H, the Oryx bullet makes a good choice for truly large game.