As a Norwegian hunter, with special interest for sea and marinelife, including lobsters and wolf fish, I hunt seal.
Our most common coastal seals are "grey seal", and "common seal".
The best time of the year is winter, the fur is often of good quality and not yet damaged from the violent mating season. Mating season starts mid-march.

This year in southwest part of Norway the quota was 15 common seal, all shot within 3 weeks. And 60 Grey seal. Typically the grey seal are found on the inner skerries and in the fjords, grey seal are more common on the outer skerries and most remote locations.
This make it sometime challenging with jumping ashore, manouevering close to shore, and shots on moving target(heave). As well they have a tendency to sink. A well placed headshot sometimes open up too much and fill the lungs with water.

Since there still is Grey seals on the quota, it might be some update to this thread 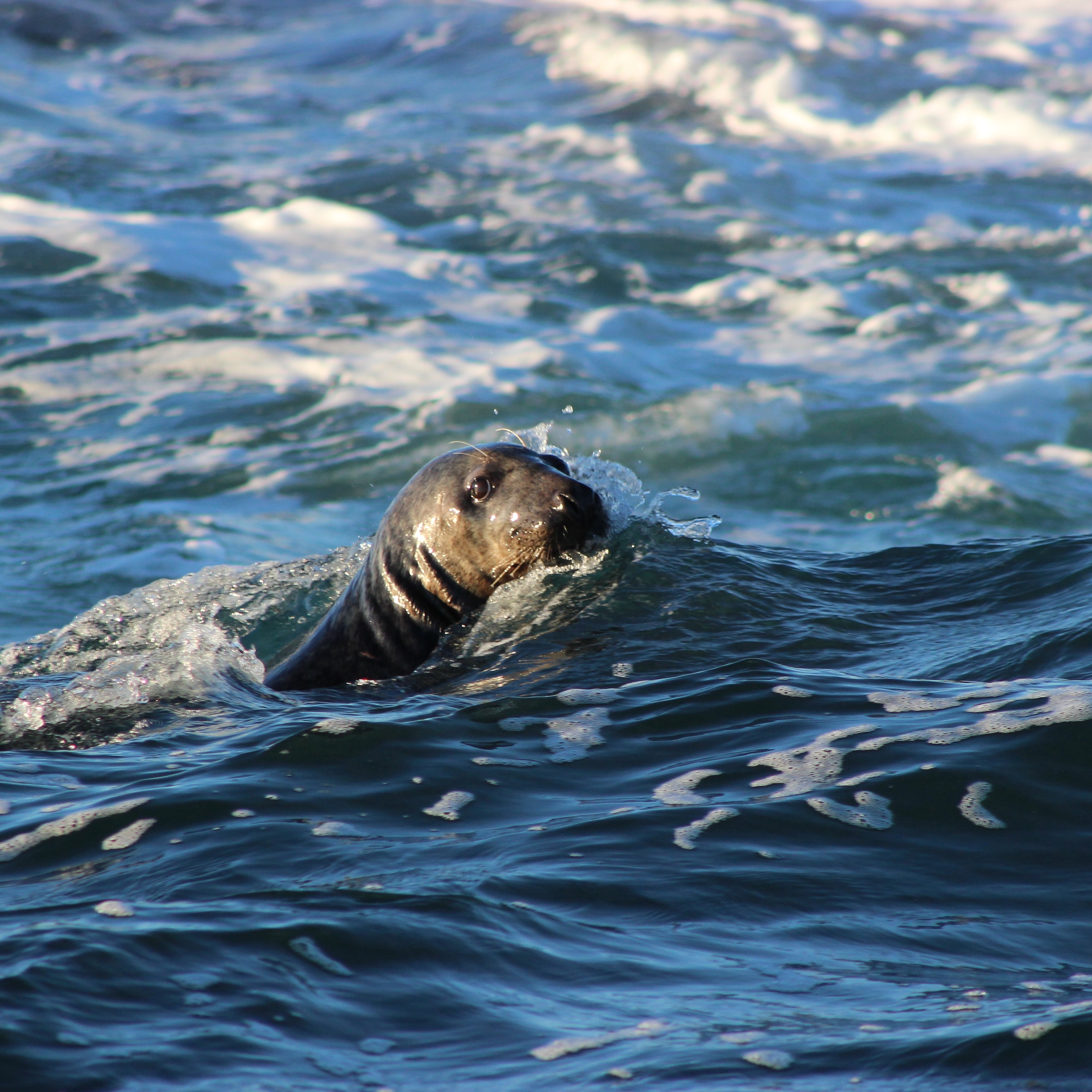 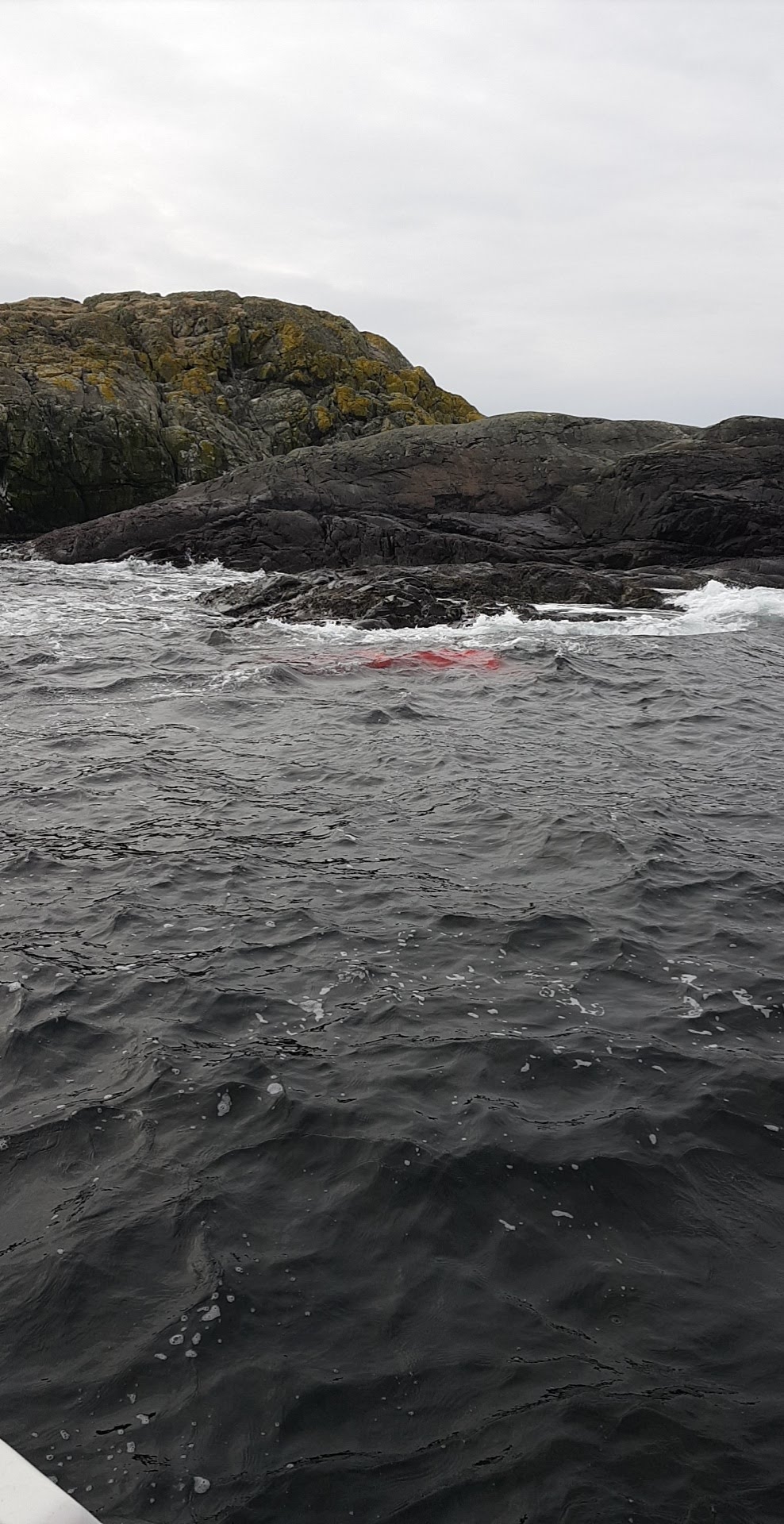 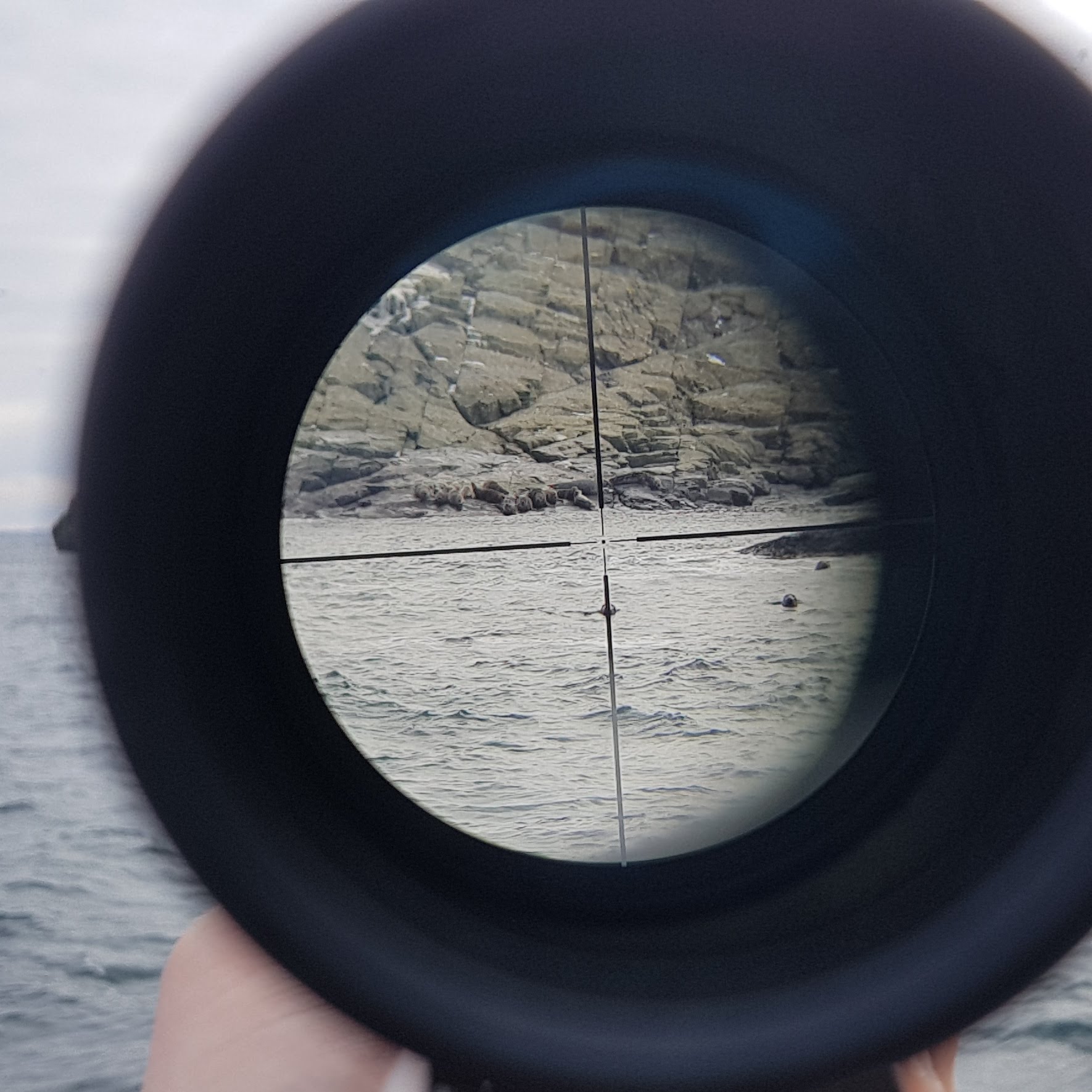 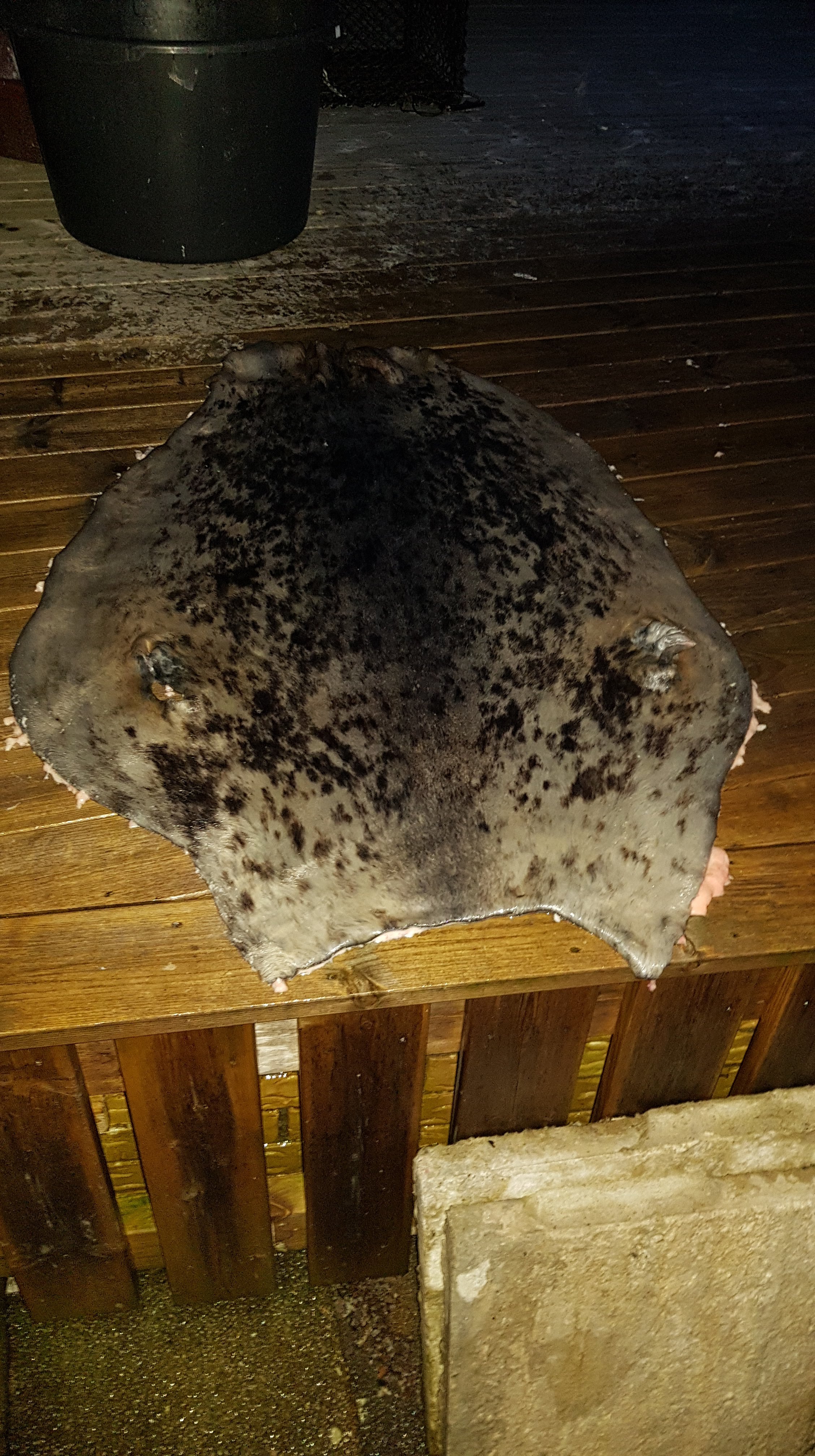 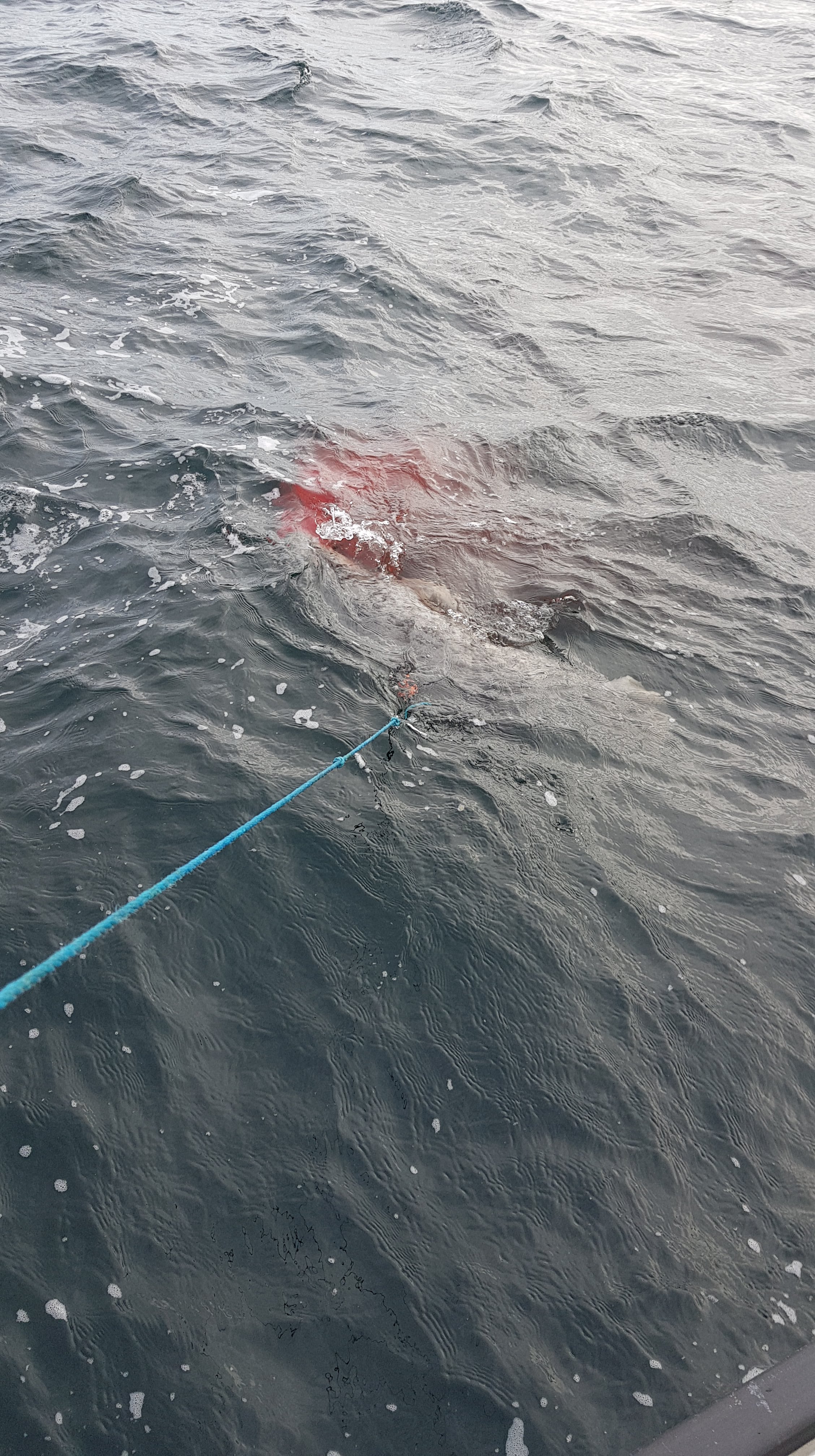 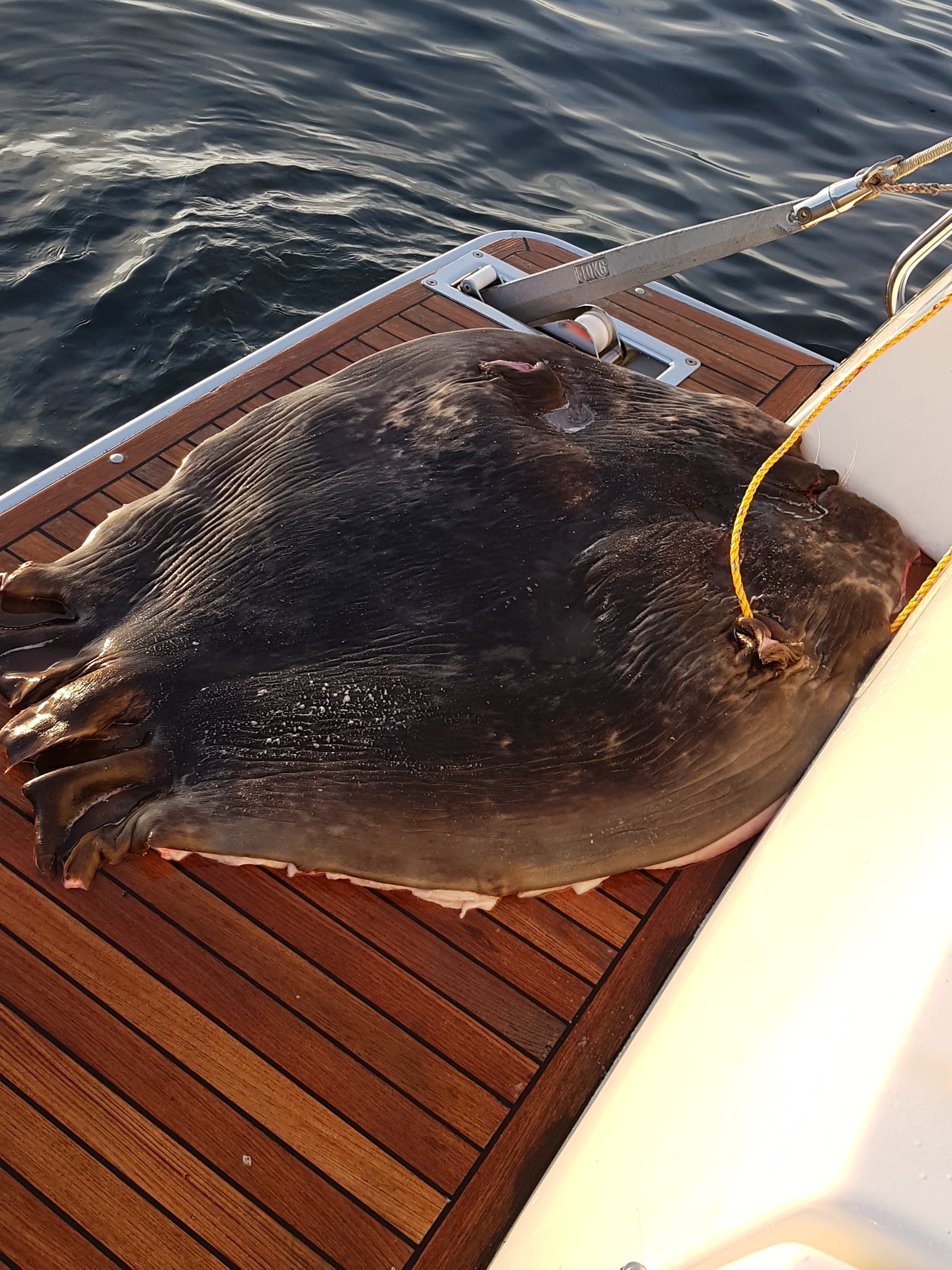 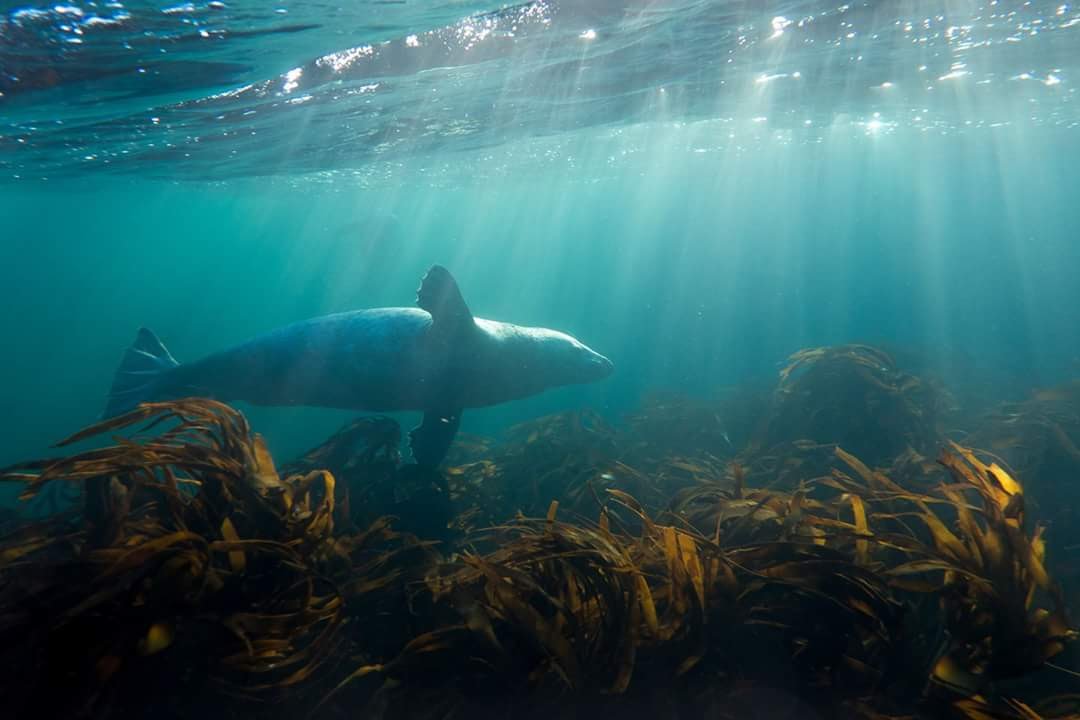 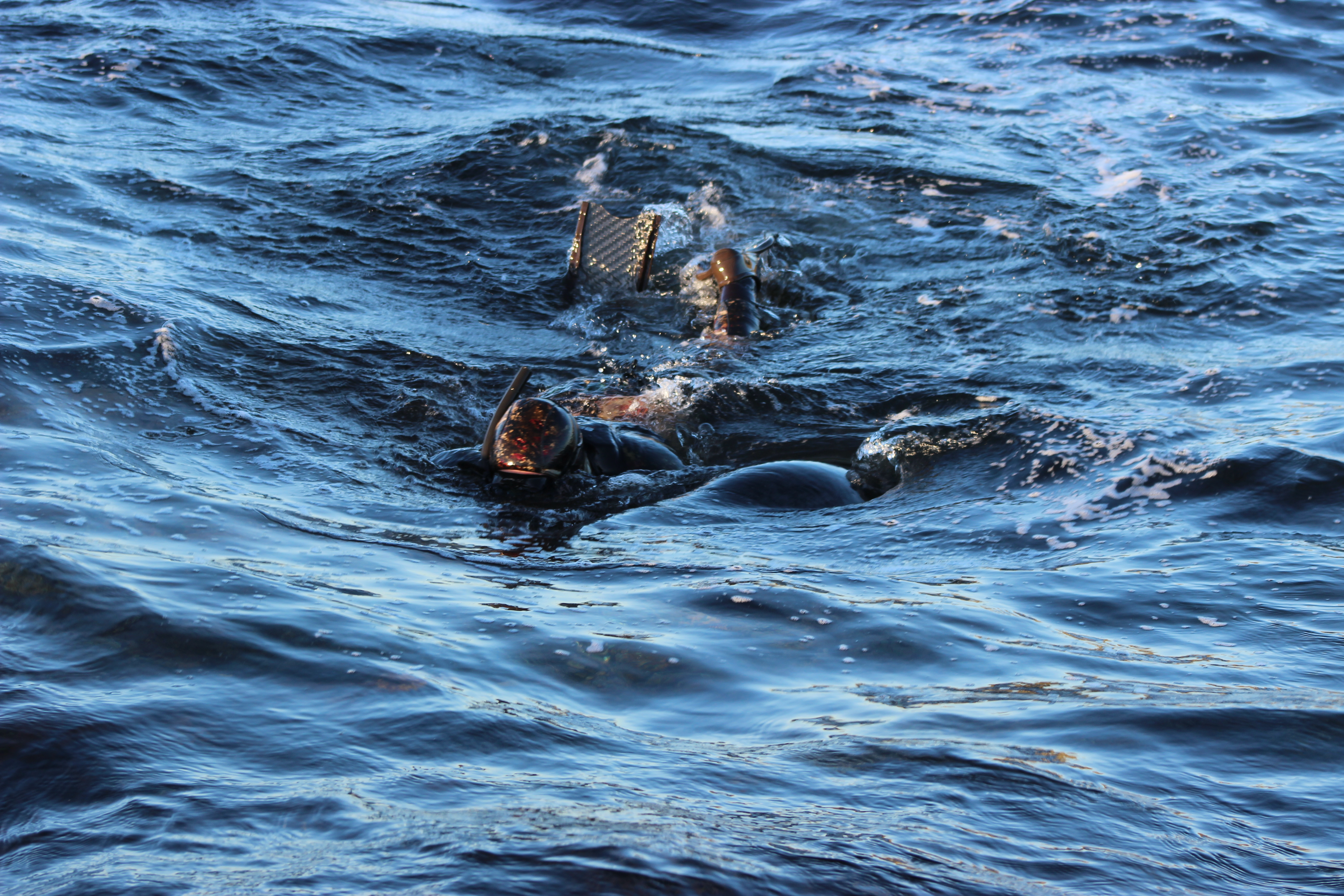 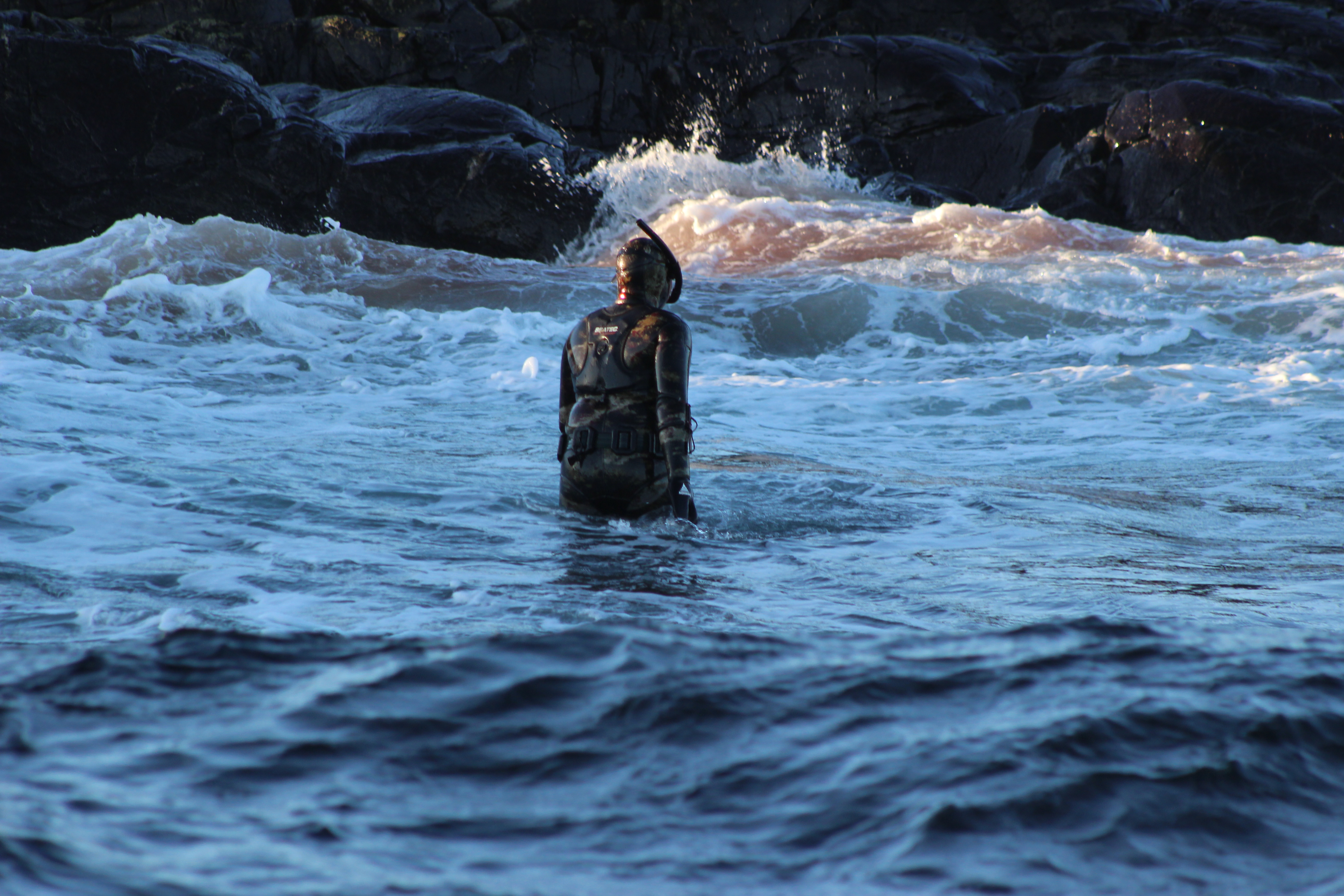 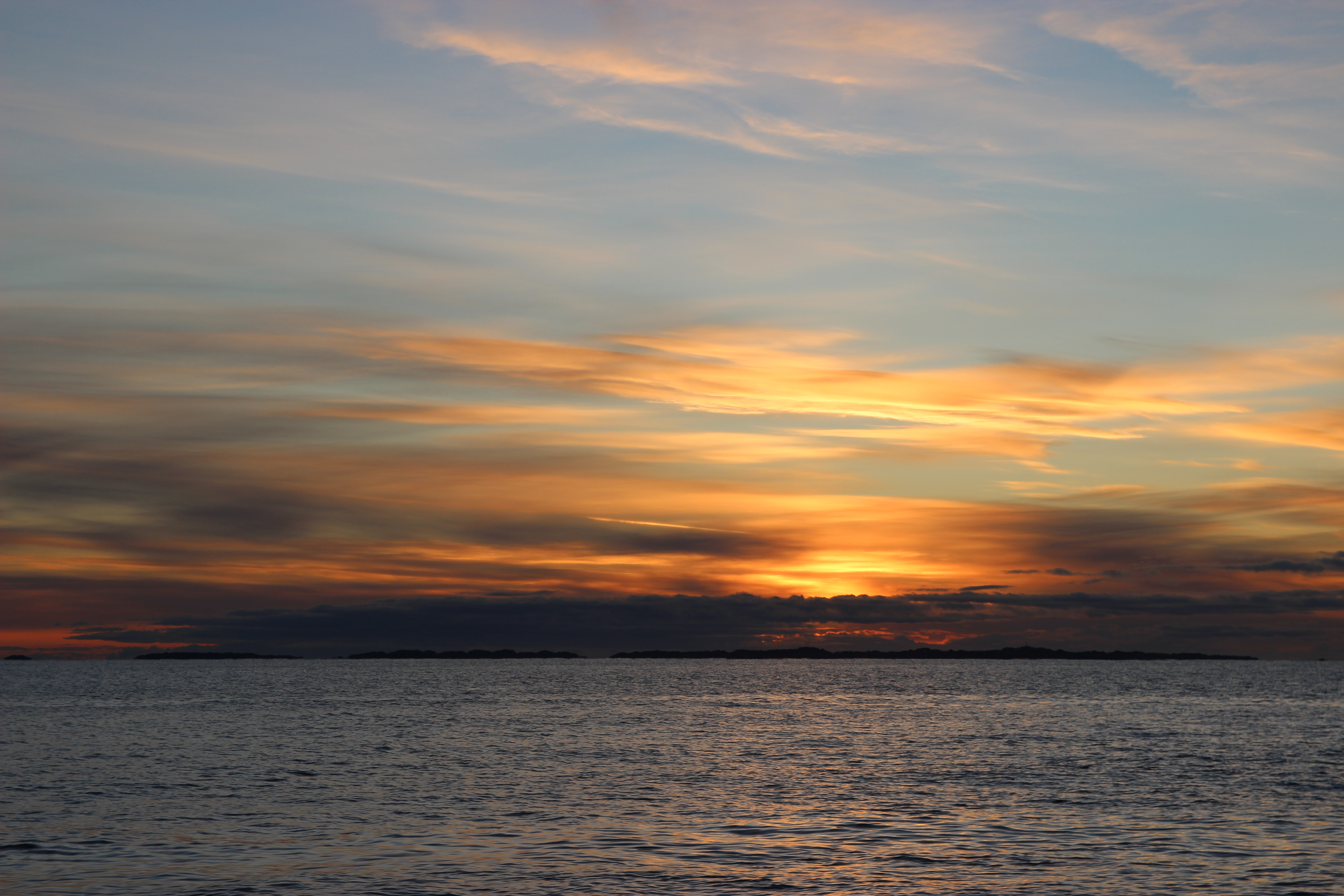 Opposite Pole said:
That’s different! Do you shoot them and freedive to retrieve them? What’s seal like to eat?
Click to expand...

Dittos on that being a different style of hunting with unique challenges. I'll bet that hunting hippos out of a boat would be a "piece of cake" for you.
L

Try to avoid the freediving part, but sometimes its hard to get them.
The taste is OK, but it's enough with a meal or two each winter. Extremly nutriocious! All kind of vitamines and Omega 3 acids. Practically a health bomb.
With a heave on both the boat and the seal, you have to get the internal gyro working! Actually harder to shoot laying on shore when the seals are moving as much as they did yesterday... Not going for the hippo yet, but it's good practice for culling springbok in July
Here's a short film from when I had a buddy of mine with me out for the diving part. All seals on the film are Grey seals. Shot a common seal, but it was to much work filming and retrieving.

A Grey seal male can be over 3m long and weigh over 300kg. Female about half.

I had some experience with seals in Australia while sailing and spearfishing. One time sailing past Montague Island off the coast of NSW had a big fella go territorial and nearly climb on board through the transom. Spearfishing a few times I had seals steal fish from me, when they go for fish you speared there’s not much you can do, they’re like big angry dogs, not a confrontation you could win, and you have to freedive to spearfish in Oz with the exception of Western Australia.
470 N.E.; 416 Rem Mag; 375 H&H; 9.3x74R; 308 Win; 223 Rem and some change

Interesting and unique, thank you for sharing. If you have not seen it yet, here is a thread which you may want to read: Seal Hunting.
Jerome Philippe, Founder of AfricaHunting.com

That looks like a lot of fun, but I don't know how good I would be at connecting on headshots of a swimming seal from a bobbing boat!

My better half hails from Newfoundland and her family is still all there. Her brother occasionally hunts seal there and then their mother cans it. I tried the meat once and really didn't care for it. Once I got by the colour and smell, I managed to get it down, but it tasted to me like really strong liver. Ketchup didn't help! Lol
"I don't need to shoot farther...I need to hunt closer." - G. Sitton
L

All the oldest and greatest have most likely seen hunters. They normally disapear while the others come over to look at us.

AfricaHunting.com said:
Interesting and unique, thank you for sharing. If you have not seen it yet, here is a thread which you may want to read: Seal Hunting.
Click to expand...

AfricaHunting.com said:
Interesting and unique, thank you for sharing. If you have not seen it yet, here is a thread which you may want to read: Seal Hunting.
Click to expand...

Seen it. The story that got me in to the forum. Had to Google Seal hunt and Namibia after I saw the extreme amounts of fur seals. I was watching all that seals and cormorants when I was fishing in Swakopmund. Thinking this is why I'm2not catching anything

Interesting stuff! Thanks for sharing

rinehart0050 said:
Interesting stuff! Thanks for sharing
Click to expand... 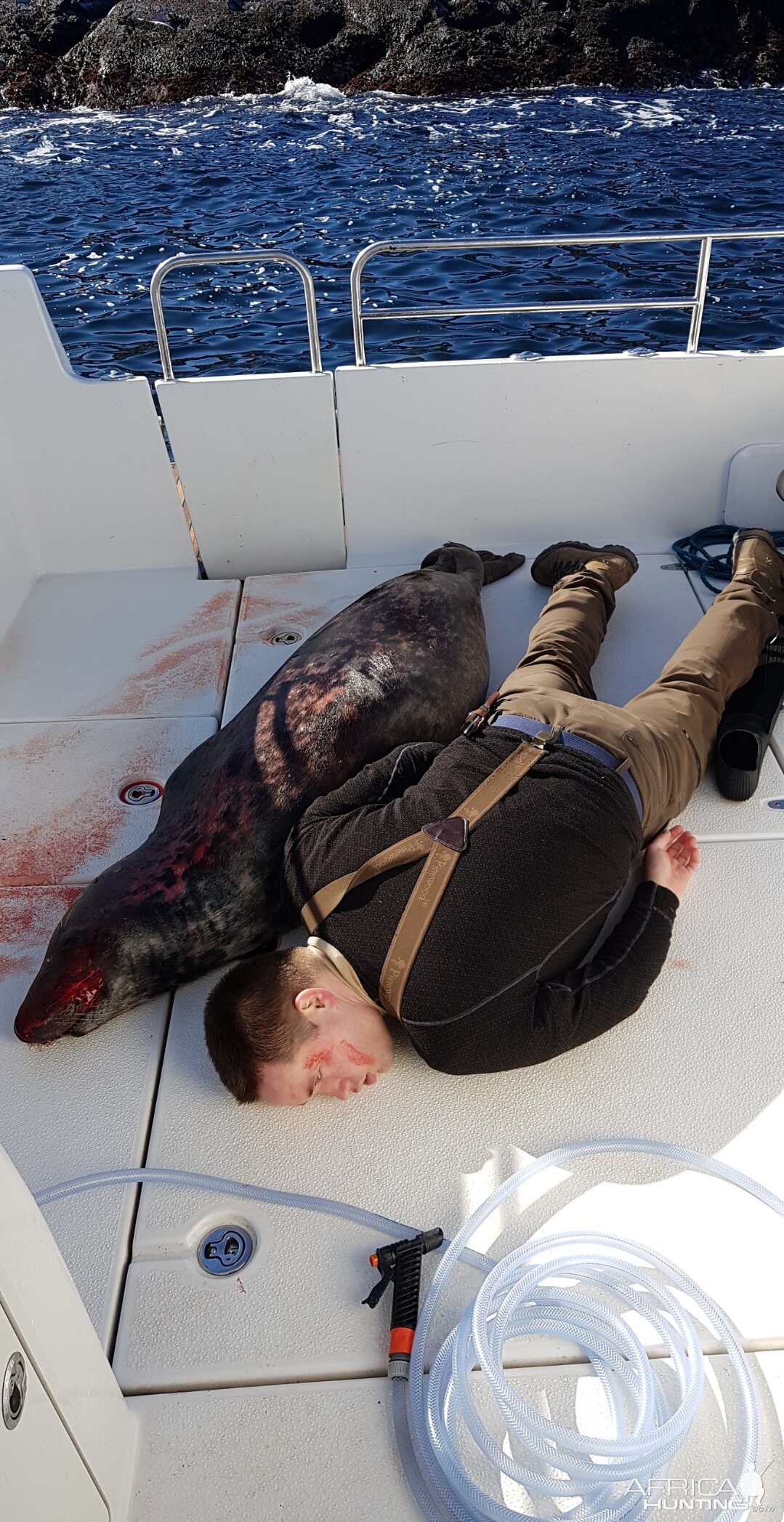 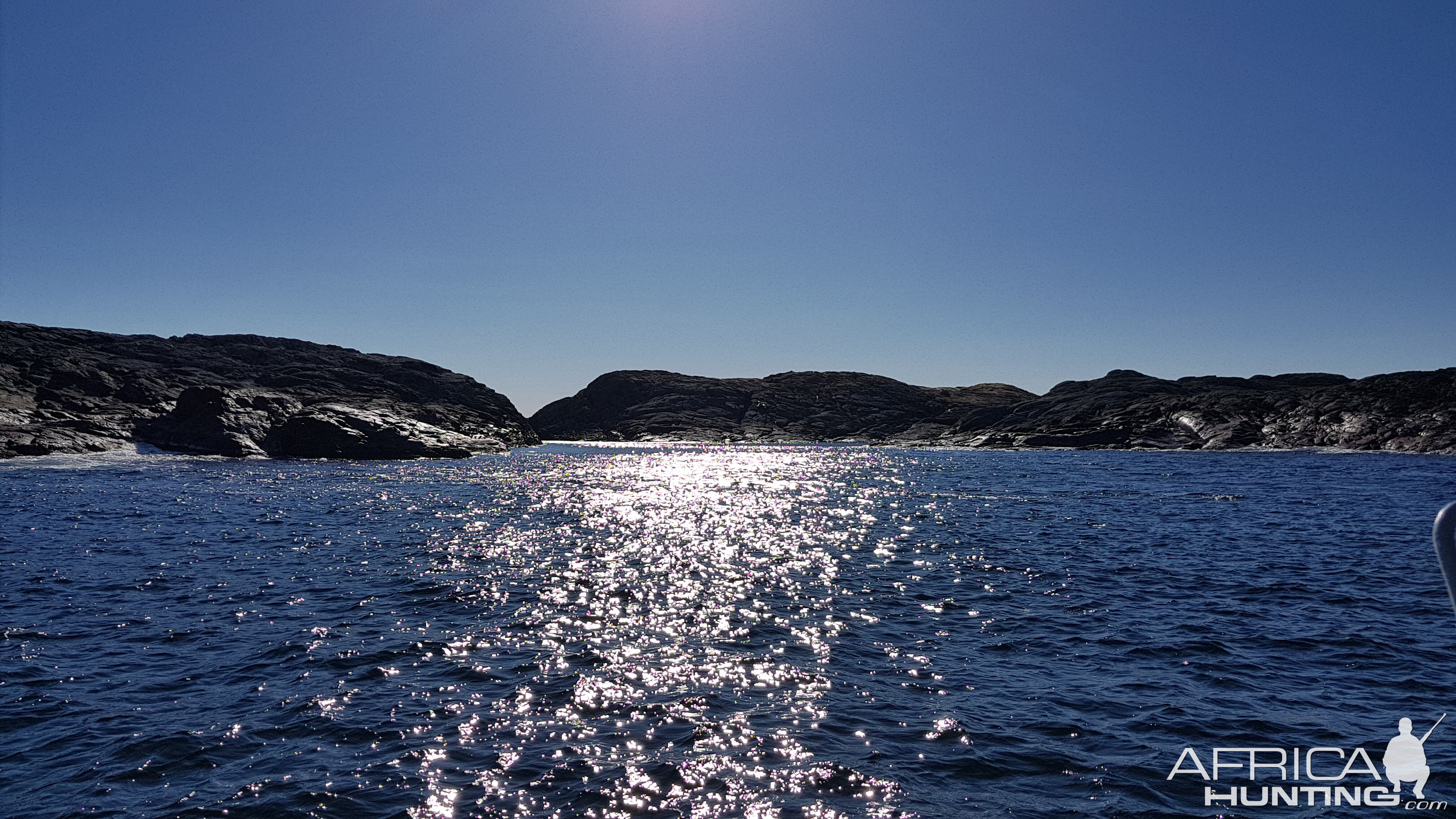 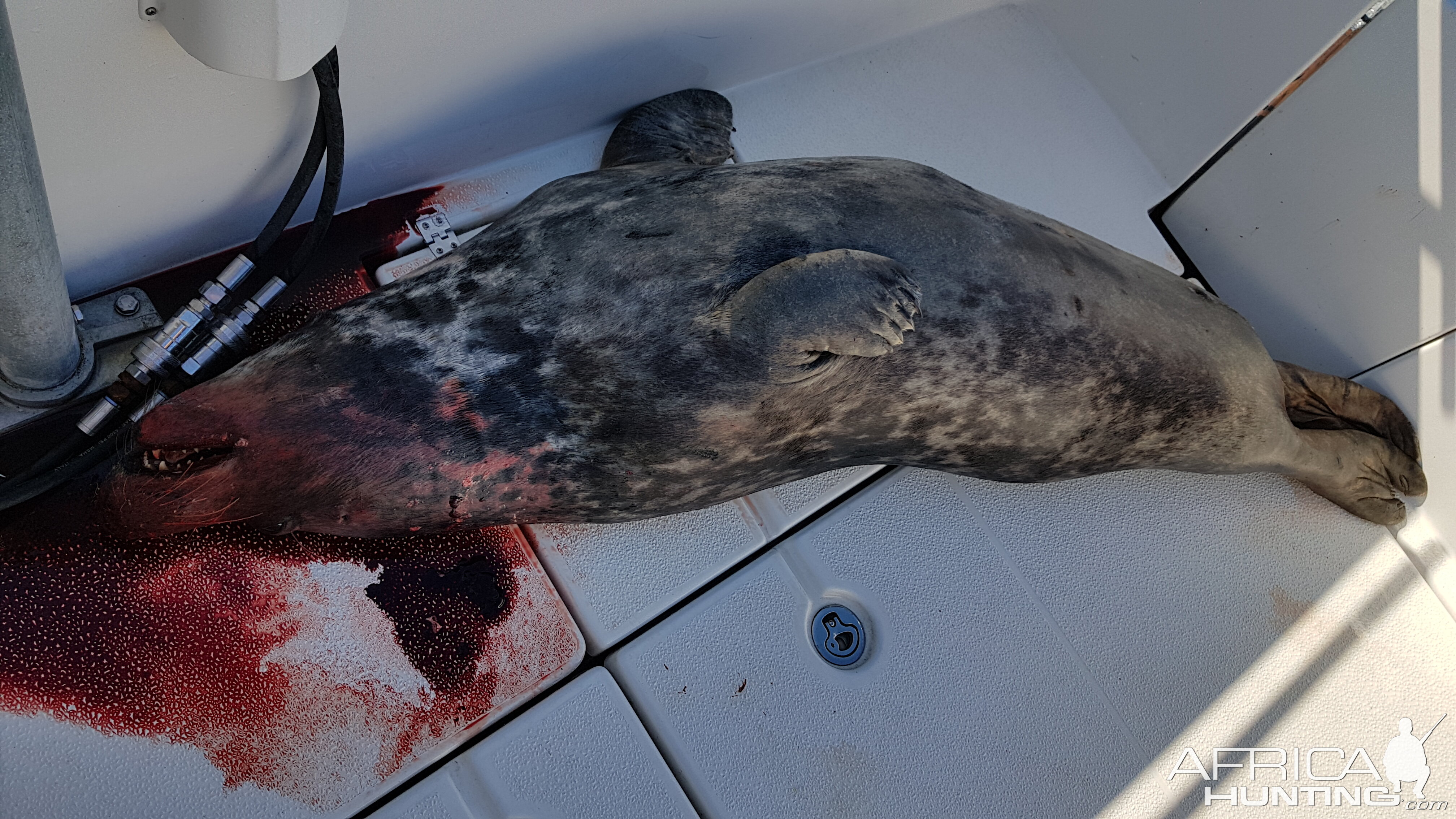 Welcome to AH and thank you for sharing this hunt.

@Larm do you save the fur/pelt. It looks like it would be very pretty.
L

LivingTheDream said:
@Larm do you save the fur/pelt. It looks like it would be very pretty.
Click to expand...

Yes, as you see in the first post, i have skinned two seals. And i skinned the last one. the fur was stretched out over 6'x3'
never shoot anything except varmint without saving either meat or fur. or.... take it to the taxidermist when in africa.

THe problem with seals, are the extreme layer of fat. And the skin, when fresh is almost impossible to separate. When skinning its almost impossible to see where the skin ends and the fat starts.
So we have to take it off with a large amount of fat, and the strap it up and carefully remove all fat. Then scrape it as carefully as possible before salting.
Take some time getting them back from the tannery, they normally only do sealskins twice a year. But will update with pics when I get them back sometime over the summer. 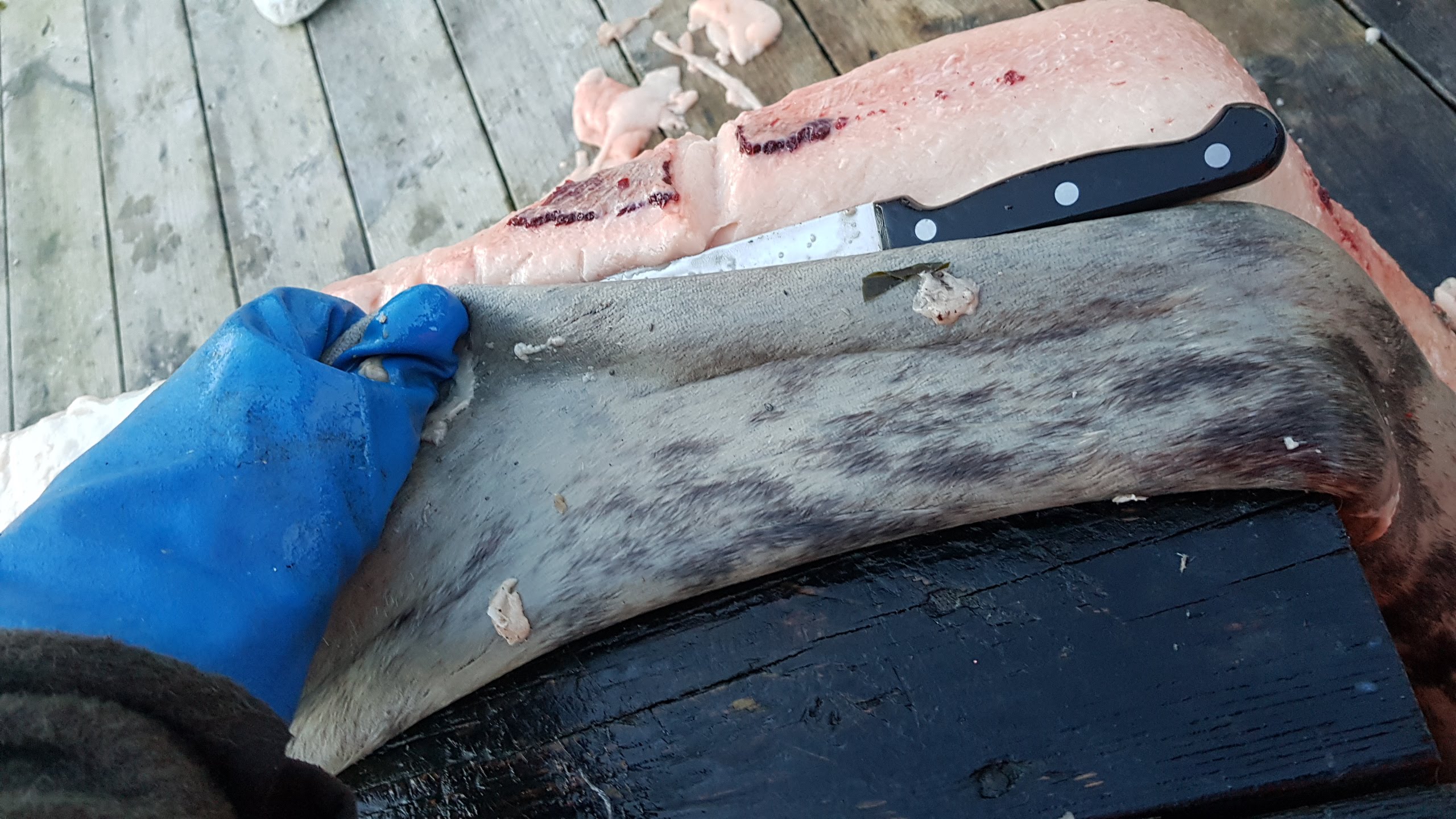 Fascinating, but I’m freezing just thinking about climbing into that water!
Welcome to AH and I’m looking forward to some more of your unusual hunts from Norway.
Africa on my mind.

Man they are super fatty, I was thinking the fleshing as got to be tough. Really cool stuff.
L

If youre native from northern Norway, or inuit, you can utilise 50-60% of the body weight. If youre not, or have malamutes, and have not planned to boil the fat to extract seal oil... smells like %¤#@. then its 10-15% of body weight you can use for food.
I buy my seal oil ready in store. extremly nutricious and good for joints, bones, liver and skin...

The water temperature was +2*c on saturday. The air temperature was -4*C. (25*F). It was coolder to be in the boat.
Im Norwegian, I go to Africa in July, and are strugling with the temperatures passing 25*c in daytime.
Here's a pic of me and a seal. No, im not the fat one behind the small one on the skerrie... 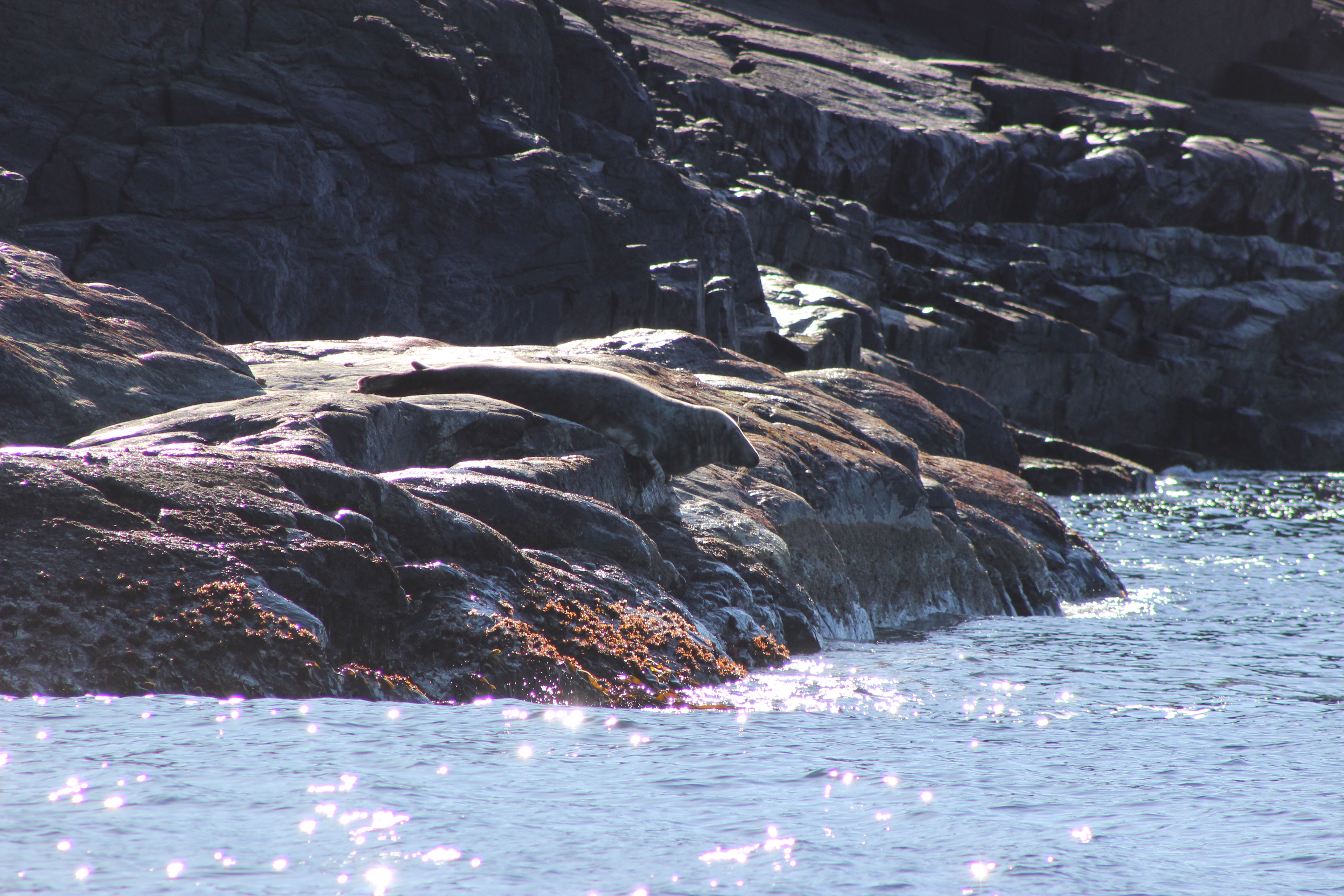 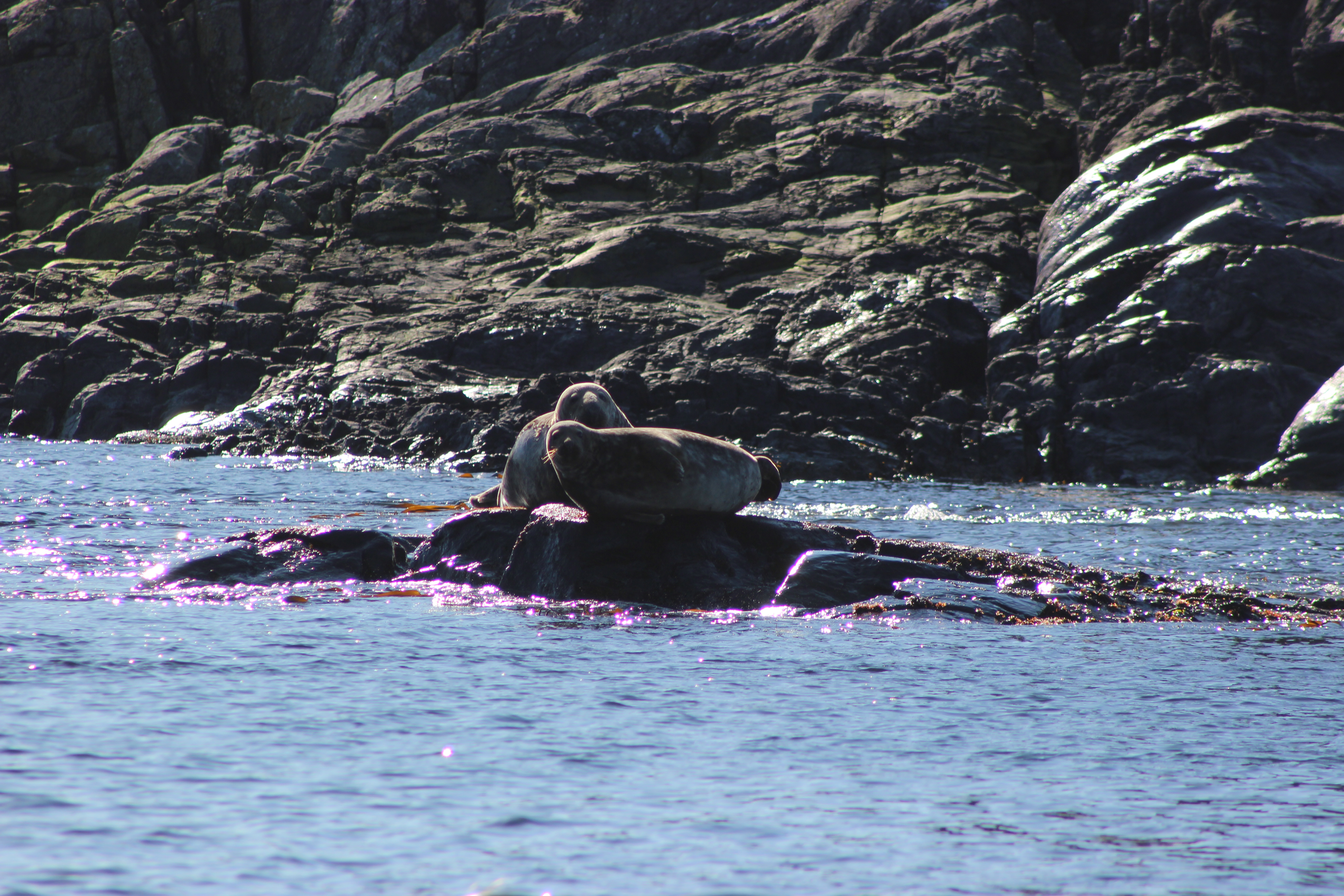 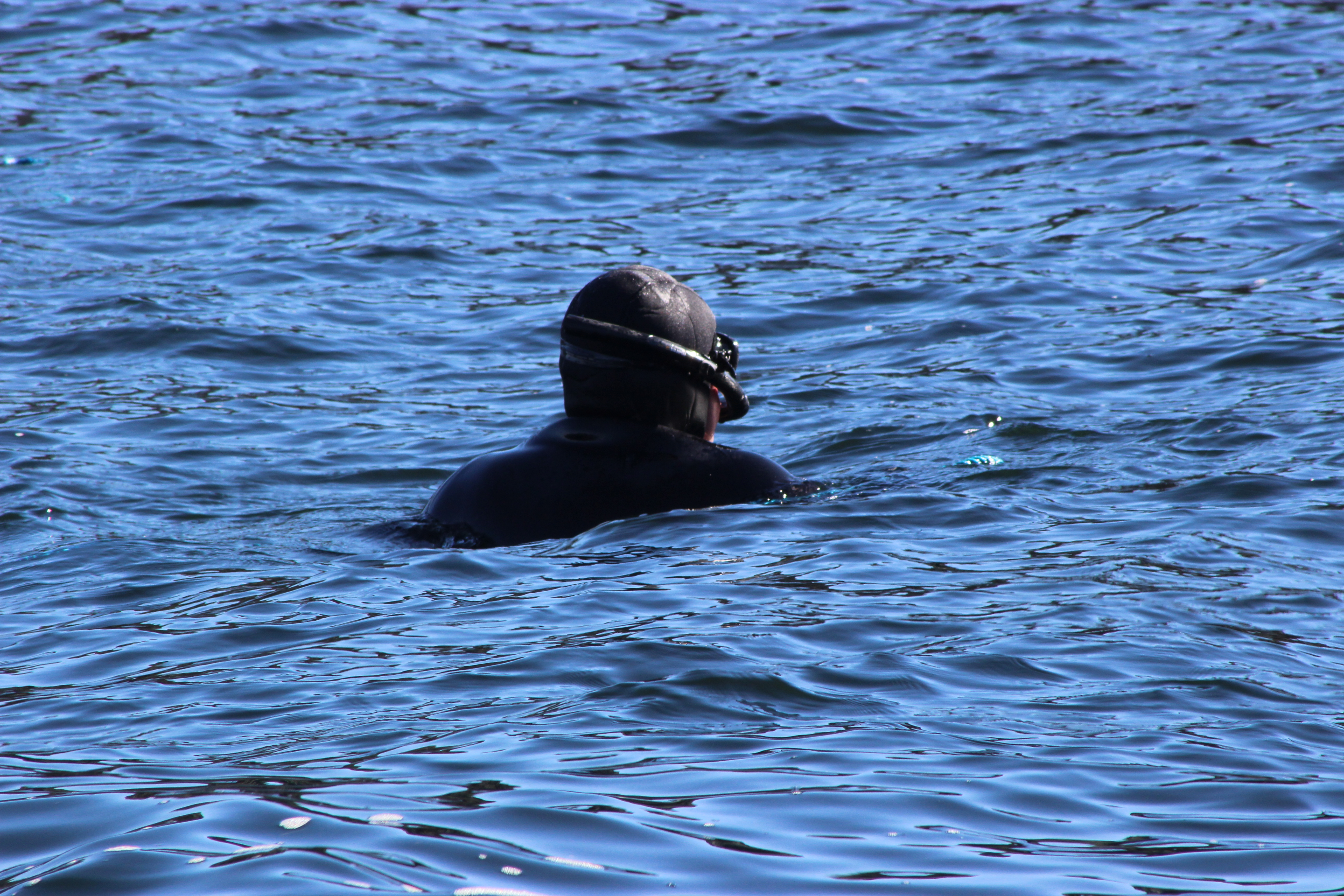 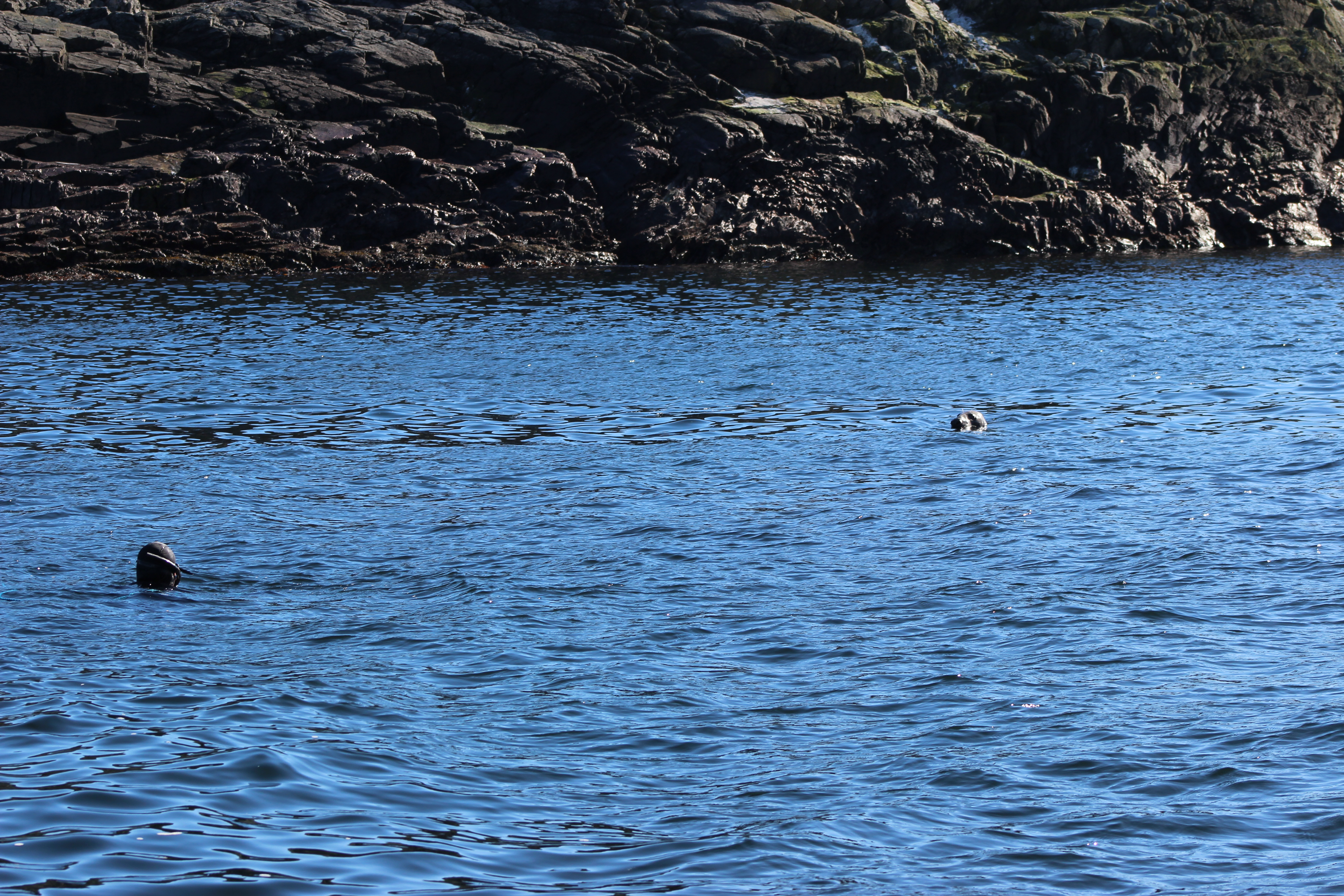 ..what rifle/calibres do you use? and only way you would get me in that water was if the boat sank!!!!.....

It's only headshots that are interesting. So you could use a 223 for the smaller. But for greyseal it's been the same requirements as for the deer. Which leaves us with the 6,5x55. I got a M70 featherweight which I use for all hunting, except large antelopes in Africa . Right now Im using varmint bullets. Trying to not shoot through but still have a good shock effect. They sink to quick if you shoot through 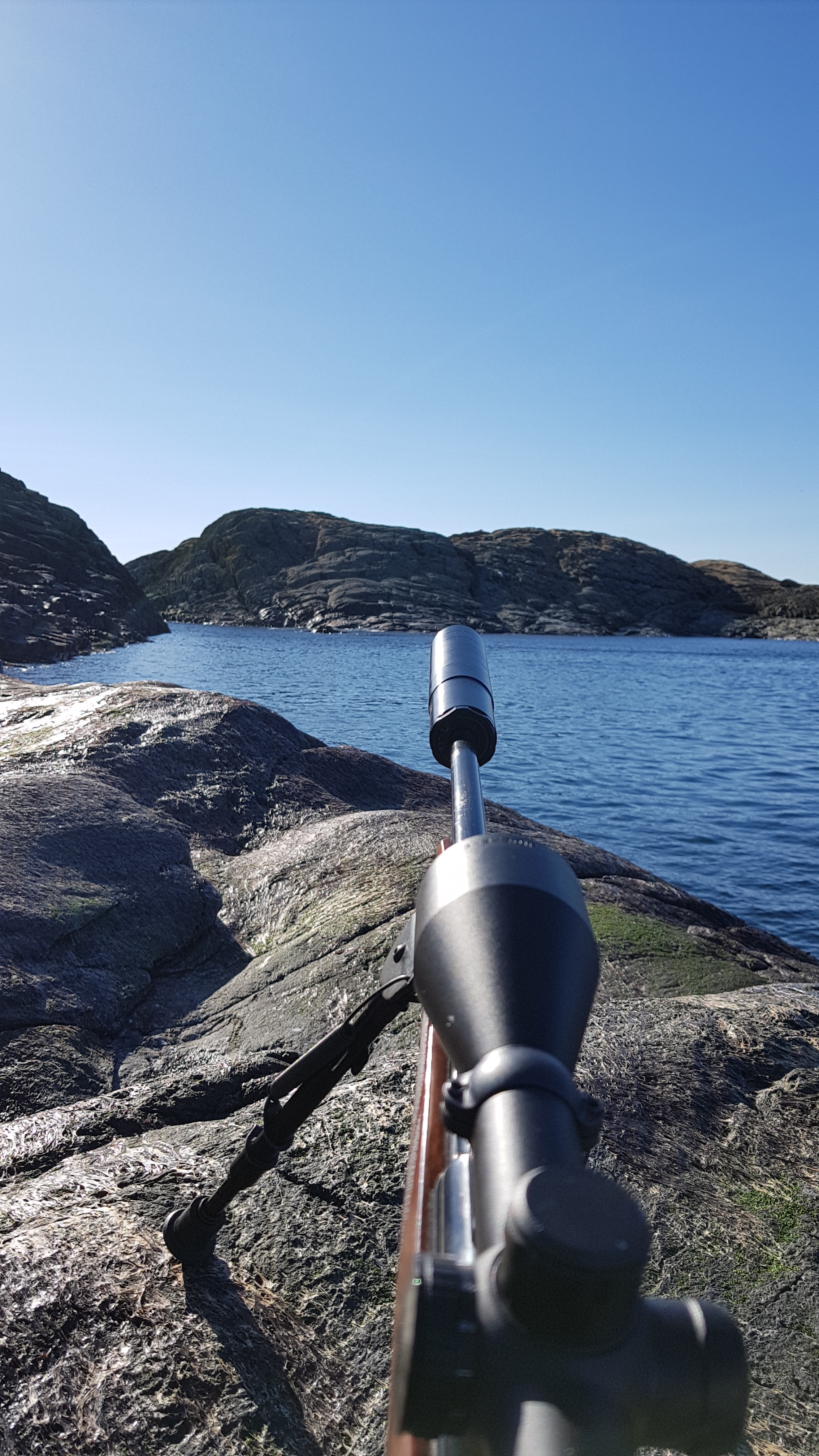 A
Hunting Seal in Namibia