What’s everyone idea of what the big 5 in North America is because there’s conflicting info out there so I’m going to go with what I think
Polar bear, can weight over a ton where lions are 500
Brown bear/grizzly can go from 89-1500 depending on the species and are known for killing bison,moose and reports of tigers being killed in Siberia
Moose are often larger then most plains game in Africa with only the eland being larger
Bison both subspecies in America can grow to over a ton and have thick hide
Mountain lion they around the same size of 200 pounds and Both can be very dangerous if provoked
I would include the American alligator and elk as both have been known to attack people and can grow to large sizes
Let me know what you guys think

Im not sure we really have an equivalent of the African "Big 5" or "Dangerous 7"...

We certainly have animals that potentially can hurt you, have predators, etc.. but our primary predators (that are hunted) like Moutain Lion/Cougar, Brown Bear, etc.. are rarely an actual threat to humans unless provoked or cornered, etc.. and our big herbivores like bison, moose, etc can be aggressive.. but again, there no comparison to a truly pissed off moose and a mildly irritated cape buffalo.. the cape buff is the far bigger threat..

Even our big lizards pale in the shadow of their african counterparts.. both in terms of size and their aggressive nature/predation of humans...

Its a total guess on my part.. but I'd bet more people are injured every year by feral pigs in North America than any other animal.. I know several people that have managed to get their ass handed to them by a pissed off or wounded pig... but dont personally know anyone that has actually been injured by an alligator, bear, cougar, moose, bison, etc... (I know attacks happen every year.. and a handful of people actually are killed.. but I dont personally know anyone thats been subject to an attack... while I personally know probably a half dozen people that have been hit by a pig...)...

If danger is a criterion folks up here (Alaska) have a lot more fear/respect of moose than they do bears, for what it's worth. Yeah, bears have the teeth but moose are far more unpredictable.

And from a "scary" standpoint I'd add a hunting buddy that flails against the side of the tent at night in his sleep in bear country and wakes you up, and a mating male porcupine that starts squealing right next to the tent at 2 AM - both are very, very scary. One has no hunting season at all; the other has no closed season. My hunting buddy is large enough to maybe make a Big 5... porcupines not so much.

No offense meant, but who cares?

Unless one is trying to create a new class of trophy for bragging rights? Not why I hunt.
CRS, NRA Patron Member, DRSS, DWWC, TSRA, Whittington Center,
Android Ballistics App athttp://www.xplat.net/

As far as the dangerous 5, I vote for Grizzly, Brown, Gator, Moose, and female HR manager.

If you are wondering what are the biggest 5 animals (native to) in North America, USA and Canada.

Number 5 is personal choice as these are much the same +/- body weight :

* Caribou and deer can be about the same weight depending on where you are and sub species of deer you're hunting.

Or one could easily choose

MY top 7 pick for dangerous North American animals: (in no specific order of ranking of most to least dangerous as it depends on one's location.)

Newtothis said:
What’s everyone idea of what the big 5 in North America is because there’s conflicting info out there so I’m going to go with what I think
Polar bear, can weight over a ton where lions are 500
Brown bear/grizzly can go from 89-1500 depending on the species and are known for killing bison,moose and reports of tigers being killed in Siberia
Moose are often larger then most plains game in Africa with only the eland being larger
Bison both subspecies in America can grow to over a ton and have thick hide
Mountain lion they around the same size of 200 pounds and Both can be very dangerous if provoked
I would include the American alligator and elk as both have been known to attack people and can grow to large sizes
Let me know what you guys think
Click to expand...

Mountain lions and alligators are certainly nowhere near as dangerous as Leopards and Crocodiles.

Bison are dangerous but not nearly as dangerous as cape buffalo.

No real comparison to dangerous game in America. On the other hand, being in Africa hunting is not particularly hazardous compared to what elk, goat, and sheep hunters endure in the US and Canada...the landscape can kill you very easily.

Mosquitoes in African kill more people than all the NA's big game put together.
A

I would put Dall Sheep and Mountain Goat on a North American Big 5 list. Taken into account where they live I’d hazard a guess that an awful lot of hunters, if having to go it alone couldn’t or wouldn’t be able to hike in, kill one and pack it out.
Those who have done it or tried probably know what I’m talking about.

Most deadly animal in North America is the Tick. I hunt them with permethrin.
“They that can give up essential liberty to obtain a little temporary safety deserve neither liberty nor safety.” Benjamin Franklin 1759

I don’t believe our line up would even compare but here goes nothing:

I think most peoples big 5 would be:

If the Big 5 would the finest trophies, then I would say:

Safari Dave said:
If the Big 5 would the finest trophies, then I would say:

Not the most; size, shape and color variant, obnoxiously fickled sensitive, can't live with / can't live without, cute and cuddly, soft, warm and sweet, meanest, cold hearted and tough as rawhide, love the boyfriend the way he is and then once they marry the boyfriend they are constantly trying to change the husband, gotta love 'em through thick and thin,.......but by far the most dangerous critters on this planet.....Women.

If all were huntable, my analogy would be:
- Polar Bear
- Grizzly/Brown Bear
- Jaguar
- Mountain Lion
- Wood Bison

Rubberhead said:
Mosquitoes in African kill more people than all the NA's big game put together.
Click to expand...

Believe that statement would hold true by replacing "NA's" with any continent including Africa.
“There are some who can live without wild things and some who cannot.”

This animal is not very big, actually very small compared to other North American animals. They are soft, maybe some people would call them cute, maybe even cuddly, maybe even loveable. Yet this critter has been known to cause a great commotion just by showing itself. The danger is creating a stampede of 1 or more people in a rush to get away from the mere area when this critter just wonders in unexpectedly.

Although more of a nuisance. This critter will attack if provoked or just because it can, with deadly accuracy, like a spitting cobra, with long lasting effects because their scent last along time even after they have left the vicinity. Something like that of the African waterbuck, but much worse than a waterbuck, because the scent doesn't wash off so easily.

Here are a couple of pictures if you haven't figured out this animal I'm describing: 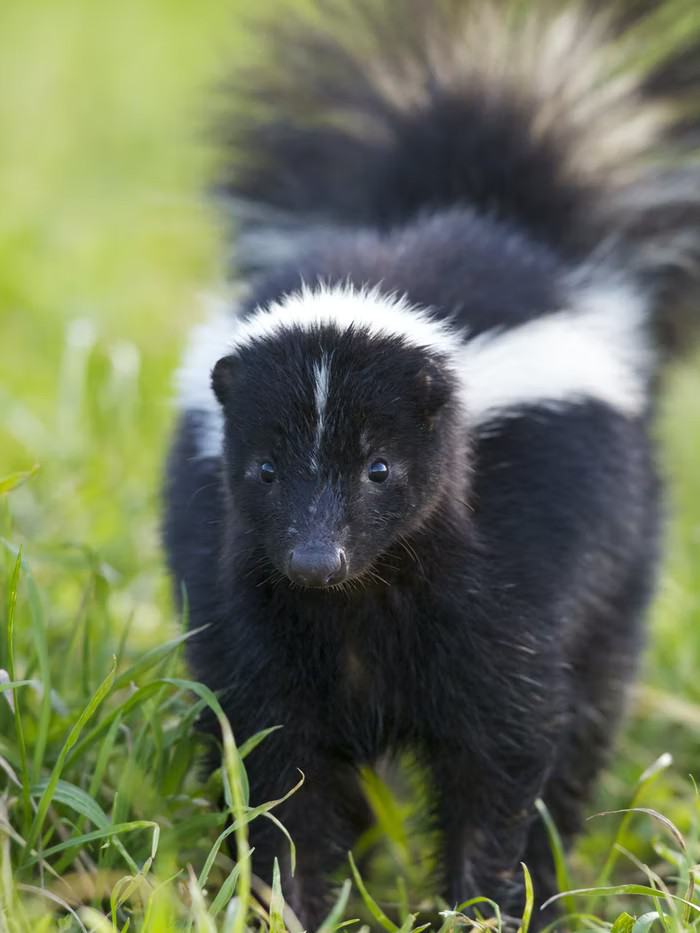 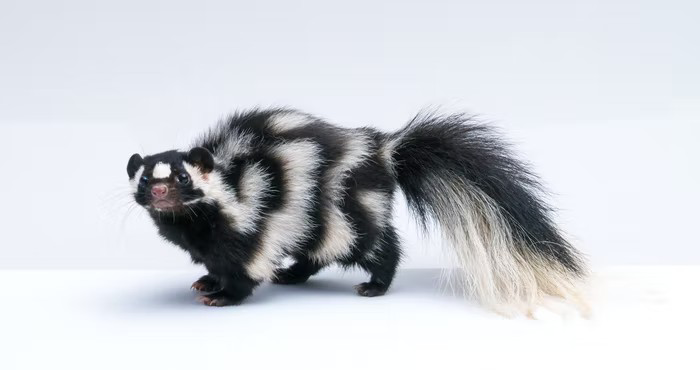 Although its teeth and claws will definitely hurt when bitten and/ or scratched. Its repulsive spray will forever linger. The person sprayed will forever go though life enduring various skunk jokes, stories and puns of being skunked.

I've never been skunked....yet....and hopefully never will. As I can say I have in good fun delivered (more than) a few humourous one liners at a couple of friends expense.
You must log in or register to reply here.

S
What are your plans for hunts in North America this year?

I bought some brass and bullets, and book from Cal and looked forward to meeting him, we talked about DSC next year.
Let's meet soon.
Charles
Thursday at 1:52 PM •••