Comparatively speaking, the .308 Win., which was unveiled by Winchester in 1952, has rightly earned a place among the world’s preeminent big-game cartridges in a relatively short time. In fact, despite the .30-’06 Sprg having a 46-year “head start,” the .308 Win.’s popularity is rapidly catching up to its predecessor—no doubt thanks to the myriad firearms action types and models, including modern sporting rifles, in which the cartridge is chambered. Given the stalwart’s field-proven performance on most of the world’s game species, that’s no minute accomplishment. Before one can ascertain the full benefits of the .308 Win. (7.62x51 mm NATO in military guise), though, the advantages and disadvantages of the cartridge’s long-action companion must be identified and “apples-to-apples” comparisons made.

Adopted by the United States military in 1906, the “ball cartridge, caliber .30, Model of 1906” (aka .30-’06 Sprg.) could be considered “old-school” technology; given its maximum case length of 2.494” and cartridge overall length (C.O.L.) of 3.340”, the .30-’06 Sprg. requires a long-action receiver to accommodate it. Naturally, this increases a rifle’s heft, which, for the mountain minimalist looking to pare weight for a high-altitude hunt, is no small consideration; any excess weight is too much. That being said, some of the newest ultra-light “mountain” rifles, such as the Kimber Moutain Ascent, are chambered in .30-’06 Sprg. In an “average” rifle, expect the .30-’06 Sprg.-chambered rifle to weigh about four ounces more than one in .308 Win. For the bean- or green-field hunter, this is of little to no concern; in fact, heavier is preferable to help attenuate recoil and steady the rifle.

Unlike the .30-’06 Sprg., though, the .308 Win. was designed from the ground up using newer “ball-type” propellants that improved loading density. Because of this, the case needed not be overly long to achieve velocities comparable to the aged .30-’06 Sprg.; in fact, the final design called for a 20-degree shoulder angle (as opposed to the .30-’06 Sprg.’s 17-degree, 30-minute), a maximum case length of 2.015”, and a maximum C.O.L. of 2.810”. The case head remained the same as the .30-’06 Sprg.—0.473”—and the .308 Win.’s neck length was just shy of its bullet diameter—it measured 0.304”. Many ballistic and cartridge experts consider the .308 Win.’s case design to be inherently accurate; usually, the short, “efficient” propellant column, relatively long neck length, and mild taper, among other things, are cited as reasons for its excellent accuracy. I can easily dismiss the latter two reasons from personal experiences with the .300 Win. Mag. and .375 H&H Mag., respectively. Ultimately, I believe that the cartridge’s above-average accuracy is a result of the cartridge’s lightweight propellant charges (and thus tolerable recoil), as well as the more rigid medium-action receivers of the rifles that it’s chambered in and the amount of research that goes into developing new loads for it. Regardless of the reason, it’s an accurate, well-behaved round.

The .308 Win.’s dimensions enable it to be chambered in compact, medium-action-length bolt-action rifles with minimal weight, such as the NULA Model 20, Remington Model Seven, and Kimber 84M Montana, among others. In addition to bolt-action rifles and carbines, which number too many to list here, the cartridge has found its way into single-shots, pump-actions, lever-actions, and semi-automatics; in fact, the first firearms chambered for the cartridge were Winchester’s lever-action Model 88 and semi-automatic Model 100. Today, the most prolific semi-automatic firearms in which the .308 Win. (actually 7.62x51 mm NATO) is chambered is the modern sporting rifle (ARs, SCAR, etc.), though Browning offers the BAR ShortTrac. The company also has the BLR, which is the only new-production lever-action rifle in .308 Win.

Illustrative of a well-conceived “efficient” case design, when using identical propellants (i.e. Hodgdon Varget) the .30-’06 Sprg. requires a small increase to achieve the same velocity that the .308 Win. is capable of; however, the .30-’06 Sprg.’s 62-gr. case capacity (of water) easily trumps the .308 Win.’s 52 grs., and the additional propellant enables it to best the .308 Win. by 100- to 200 f.p.s. across-the-board. For the handloader, though, that “additional propellant” equates to about 30 fewer rounds per pound. It is worth it? That’s you call. The velocity discrepancy is more apparent when projectiles weighing 180 grs. or heavier are compared. But, are heavyweight projectiles needed? To me, “premium” bullets, and especially those that are of bonded or homogenous construction, have all but eliminated the need for heavy-for-caliber projectiles. Why?

During expansion and penetration, traditional “cup-and-core” bullets have material washed off; this isn’t necessarily bad because it creates secondary wound channels that disrupt tissue, though retained weight (and thus the depth of penetration) can be negatively affected. For example, suppose that a standard, non-bonded 180-gr. bullet is fired at 2,700 to 2,800 f.p.s. from a .30-’06 Sprg.-chambered rifle and it retained 65 percent—or 117 grs.— of its original weight. Is that any better than a .308 Win.-chambered rifle firing a 165-gr. projectile of homogenous construction 2,700 to 2,800 f.p.s. and it retaining 95 to 100 percent of its pre-expansion weight? I think not. And, it’s likely that the latter would have penetrated deeper. So, by using a premium projectile, such as the Norma Oryx and Kalahari, Barnes TTSX, Nosler E-Tip, AccuBond, or AccuBond LR, or Speer Trophy Bonded Tip of slightly less weight in the .308 Win., you have cartridge that’s equally capable as the .30-’06 Sprg., but likely benefit from a firearm that’s handier and produces less recoil. It is worthy of note, though, that due to the increased length of lead-free bullets, such as the Barnes TTSX and Nosler E-Tip, the 150-gr. versions are the best choices for most hunting types and terrains than the heavier options, which invade valuable propellant space.

Because of the proliferation of .308 Win. ammunition, securing once-fired cases for reloading is relatively simple. One must be cognizant when scouring the range for brass, though, as some rifle designs render cases unusable. Additionally, if military brass is used, the crimp must be removed before a new primer is inserted. A better option is to purchase unfired cases, as they’ll be of known strength, dimensionally correct, and don’t require that the crimp be removed. Longevity is increased, too. NormaUSA’s cases are easily among the best, particularly given their price in relation to their high quality. Numerous propellants are suitable for the .308 Win.; some of the most popular are: Ramshot TAC, Norma 202 and 203-B, Hodgdon Varget and BL-C2, Alliant RL-15 and Power Pro 2000-MR, and IMR-8208 XBR and IMR-4064. My favorite primers are the top-notch CCI BR-2 and Federal GM210M. Outside of removing crimps (if necessary), reloading for the .308 Win. is straightforward.

Indeed, the times have changed. Aided by advancements in propellants and projectiles, the 62-year-old .308 Win. truly is the new standard for big-game cartridges; it’s fully capable of fulfilling the various roles of the .30-’06 Sprg. while producing less recoil and generally, better accuracy. You can see why its popularity is steadily increasing and will continue to do so.
Last edited by a moderator: Dec 1, 2016

I was very happy with using the .308 180-gr. Oryx in Africa. I got very good groups out of it from my Tikka T3 and everything I hit with it didn't go very far. I ended with one of the bullets recovered from a blue wildebeest. 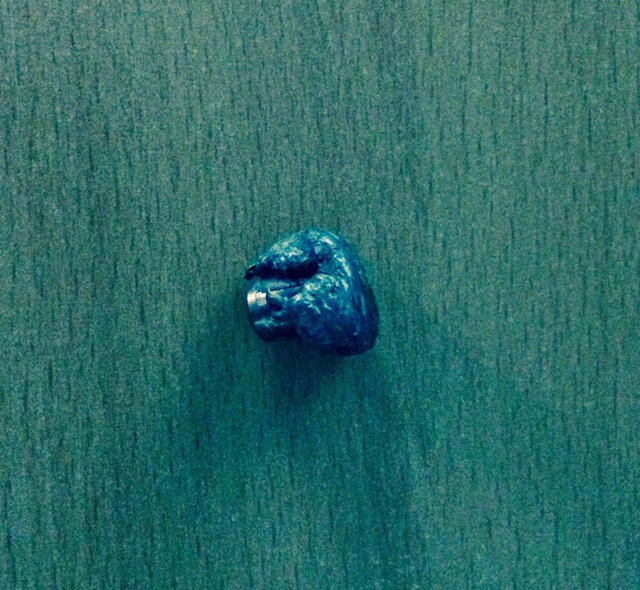