As an outdoor writer I shoot a great deal of ammunition, both factory-loaded cartridges as well as handloads. I have been using Norma made products since the late 1970s and have always been impressed by their quality and performance. I personally believe the Norma Oryx bullet is one of the best hunting bullets available anywhere and I have used these in my handloads in a variety of calibers to take several exceptional trophy quality mule deer. These bullets have always mushroomed perfectly, retained a very high percentage of their original weight, penetrated deep and put the animals down quickly and humanly.

More recently I was conducting some tests on a Smith & Wesson M&P-15 Sport Modern Sporting Rifle and used Norma factory-loaded ammunition exclusively for the live fire evaluations. Two types of .223 factory loads were shot: TAC-223 cartridges loaded with 55-grain FMJ bullets and Match Grade cartridges loaded with 77-grain Sierra Match King HPBT bullets. Initially I was a bit concerned over shooting these latter cartridges in this particular rifle due to the fact that they were primarily designed for use in 1.7 or 1.8 twist barrels and the M&P-15 Sport possesses a 1:9 twist 16" barrel. Not really the best combination, or so I first thought. Nevertheless, even though this particular rifle is not necessarily recognized as a match grade quality firearm, I found the Norma 77-grain cartridges to be capable of tack-driving accuracy in it. Many sub 1-inch 100-yard groups were shot with the best measuring only a mere 0.664-inch (16.9 mm). The TAC-223 55-grain ammo also performed speculatively with its smallest group coming in at only 0.724-inch (18.4 mm). As expected, all of the cartridges cycled, ejected and performed flawlessly.

In my occupation I am always looking for exceptional performing products and when I go afield hunting I use only the best. Norma brand products clearly qualify as some of the best available and as such they rank very high on my list of must have products. Whether I'm simply poking holes in a paper target on my private firing range or hunting trophy game in some distant land – using Norma products provides me the confidence that when I squeeze the trigger my bullet will be traveling precisely where I want it to and generate exceptional performance. 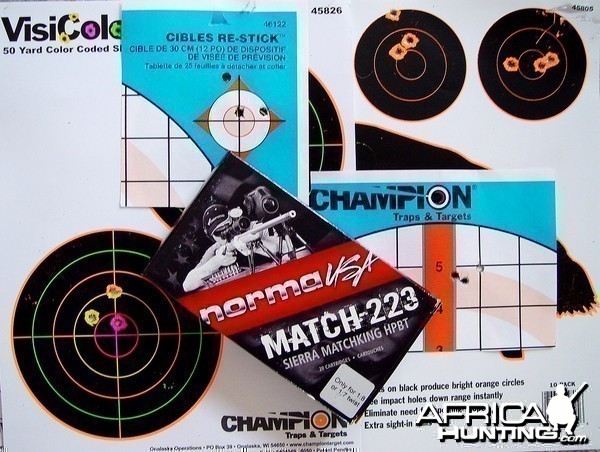 Tac02
Generally ARs frequently fall a little short when it comes to accurate bullet placement, but all of the Norma cartridges shot very accurately in the S&W M&P-15 Sport Rifle. 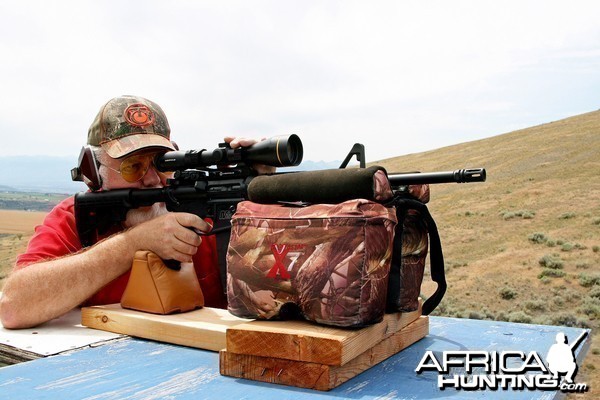 Tac03
This Norma Oryx bullet was retrieved from a mule deer shot at 350-yards. The bullet entered just behind the front shoulder and was found lying under the skin on the opposite side of the animal. This was a handloaded .308 Norma Magnum cartridge loaded with a 180-grain Oryx Bullet. The retrieved bullet weighed 170-grains for a retained weight of 94.4%. 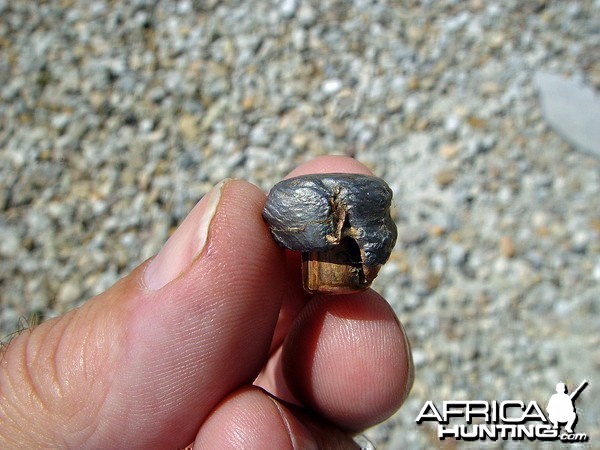