in feburary this year exactly 5 dayys after my wife joy ellen shot her first deer a 13 piont red deer just out of velvet , we went away for a weekend to catch up with my dad and little bro and sis .
an d to spend the sunday after noon at the wild deer and hunting adventures magazines hunting expo in bendigo in western victoria a six hour drive from uor home.
as we entered the exibition centre there we noticed the wilderness quest new zealand s boothand they were hosting a compition to win a free hunt with them at the end of august to hunt a red deer and arapawa ram and goats and pigs .so josie filled in an entry form and a long stry short as we were looking around the expo an anouncment come over for her to go to the stewards station and bugger me dead she has won this free hunt .
so she and our daughter jorja aregoing to nz i couldnt go because i have my own hunting trip ncomming soon after they're return
on august 19 they fly out of melbourne for a five day hunt and 4 days girl time after wards
im not real sure in what order the shot everything but one thing for absolute certian is that theyre guide would have been entertained by these pair as they are pretty new to hunting .
jorja girl used to love comming up the bush with us boys right up until she started high school and discovered mobile phones ,make up and the dreaded boys,
anyways these two are over new zealand and they re gunna make it a trip to remember .
first up on day 2 i think joysie shot an arapawa ram which she thought was out standing
they're guides name is jessiah i beleave he was very patient with the girls and they both tell me he waS THE BEST THING SINCE SLICED BREAD the poor bloke is proberly in therapy by now .
both of them can shoot well but my wife has only ever shot rabbits and a couple of foxws and 1 deer up until now
but the girl she has shot plenty of rabbits and foxes and even used to skin and gut them and used to love stalking deer in the high country and has a nice 25 inch samba stag on the wall which we got together when she was 12 with a neck shot from 200 metres shes always been a handy shot
she has also shot several fallow deer
but to go over to nz to hunt with wilderness quest was very exciting for both of my ladies and they were like a couple of kids
on day 3 it sound like they got a bit more seriuos and took a trophy goat each and 3 cull pigs
followed up on the fouth day with joysie taking a 22 point red deer which she atalked for over 5 hours and sounds like an awesome hunt with her exhausted in the end and on the 5th day she sat in duck hide waiting to take down a pair of paradise ducks .
the both of them cant stop teeling me how much fun they had with wilderness quest and how they would reccomend evryone that goes to hunt in nz to look these guys up ,
after they're hunt the did acouple of days sight seeing and i still cant believe my wife went bungee jumping my wife would love to thank wildernes quest for giving her the noppotunity to hunt with them and cant speak highly enuogh the whole out fit and says she and our daughter cant wait to go back there in 2014 to hunt a himmalayan thar each .and i would like to thank them for being all booked out next year so i can hunt more animals on our african trip !!!!
all in all it sounds likes these people run a great plkace to hunt with great guides and great animals and alot af return hunters 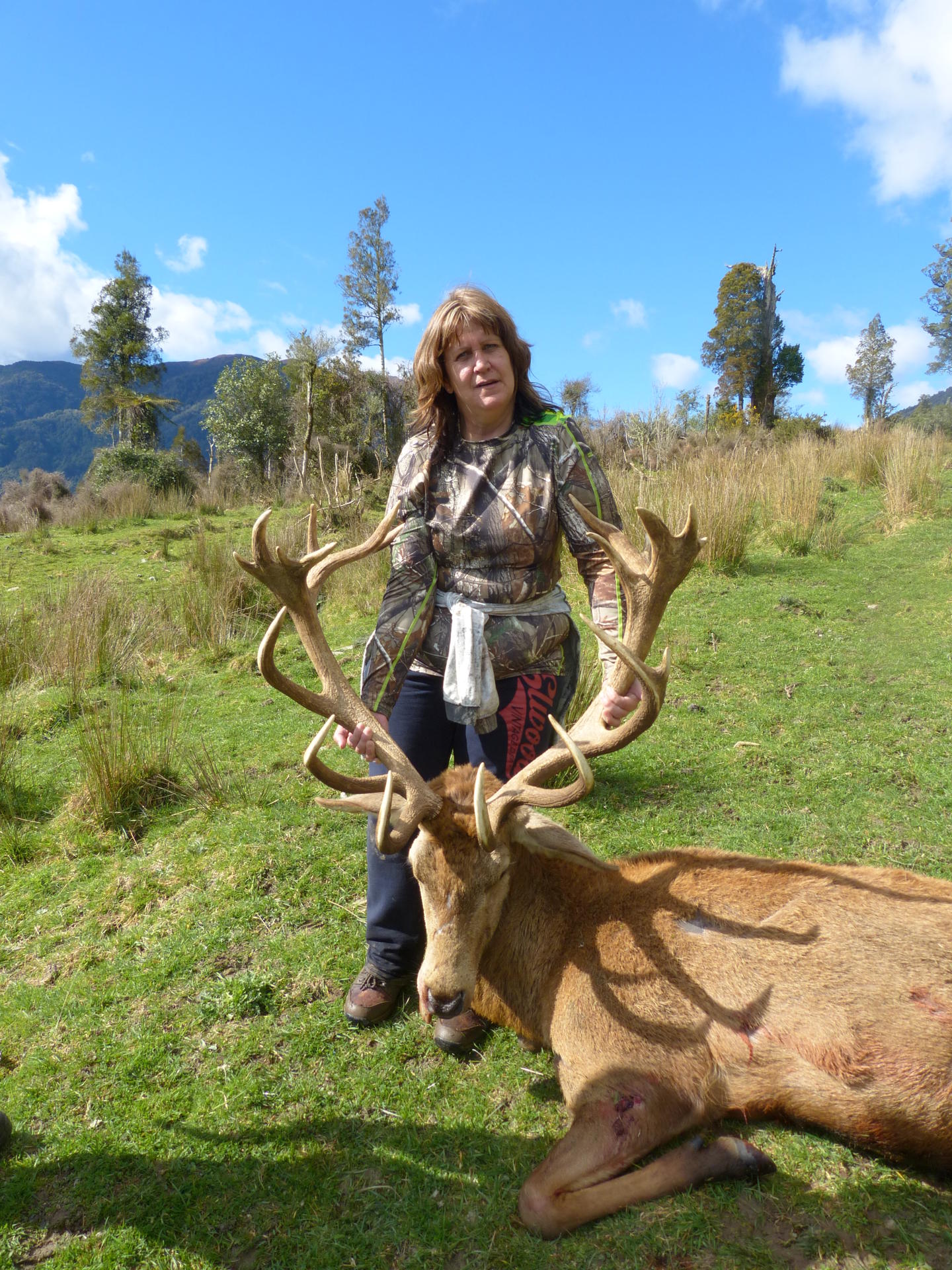 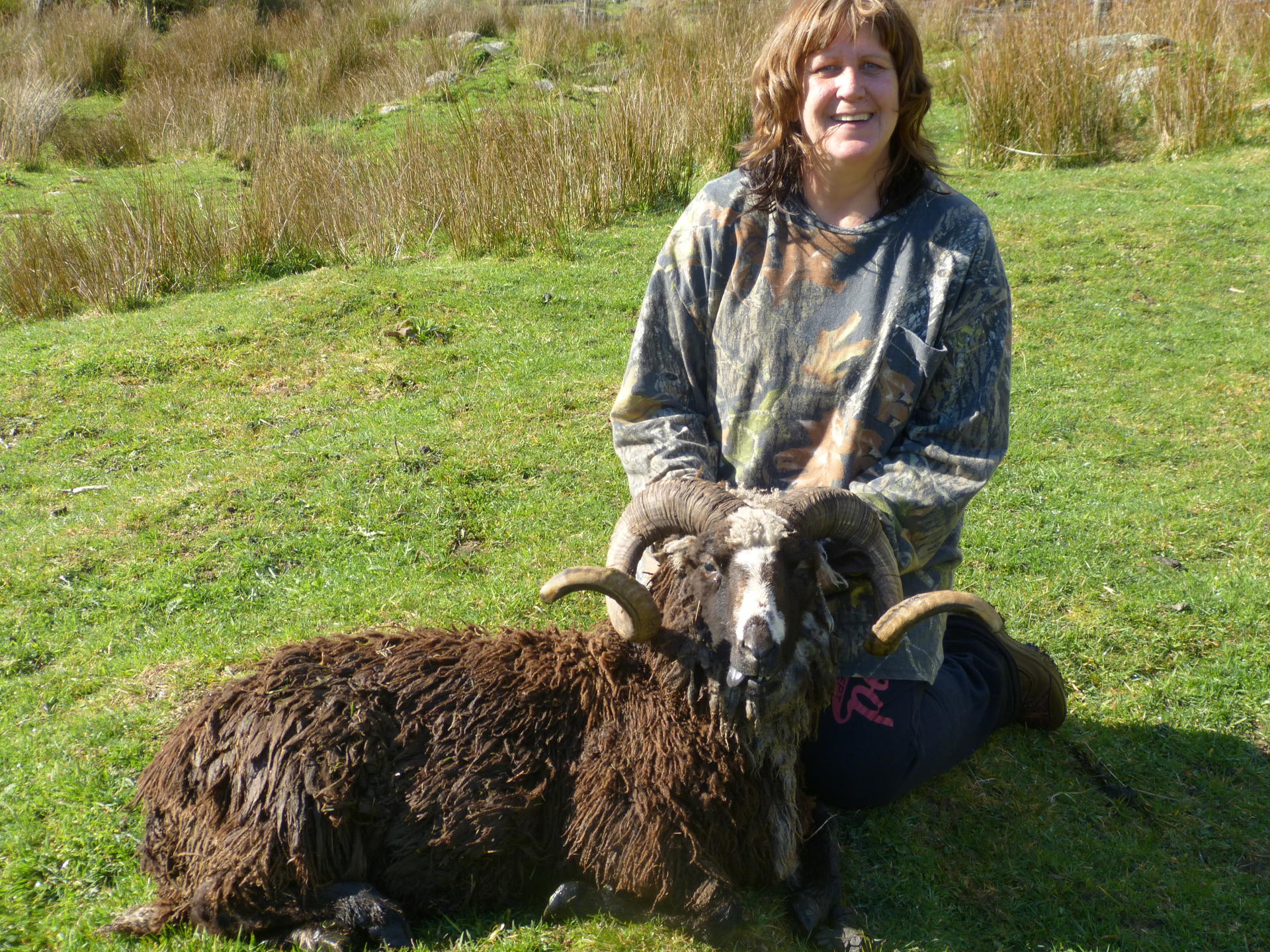 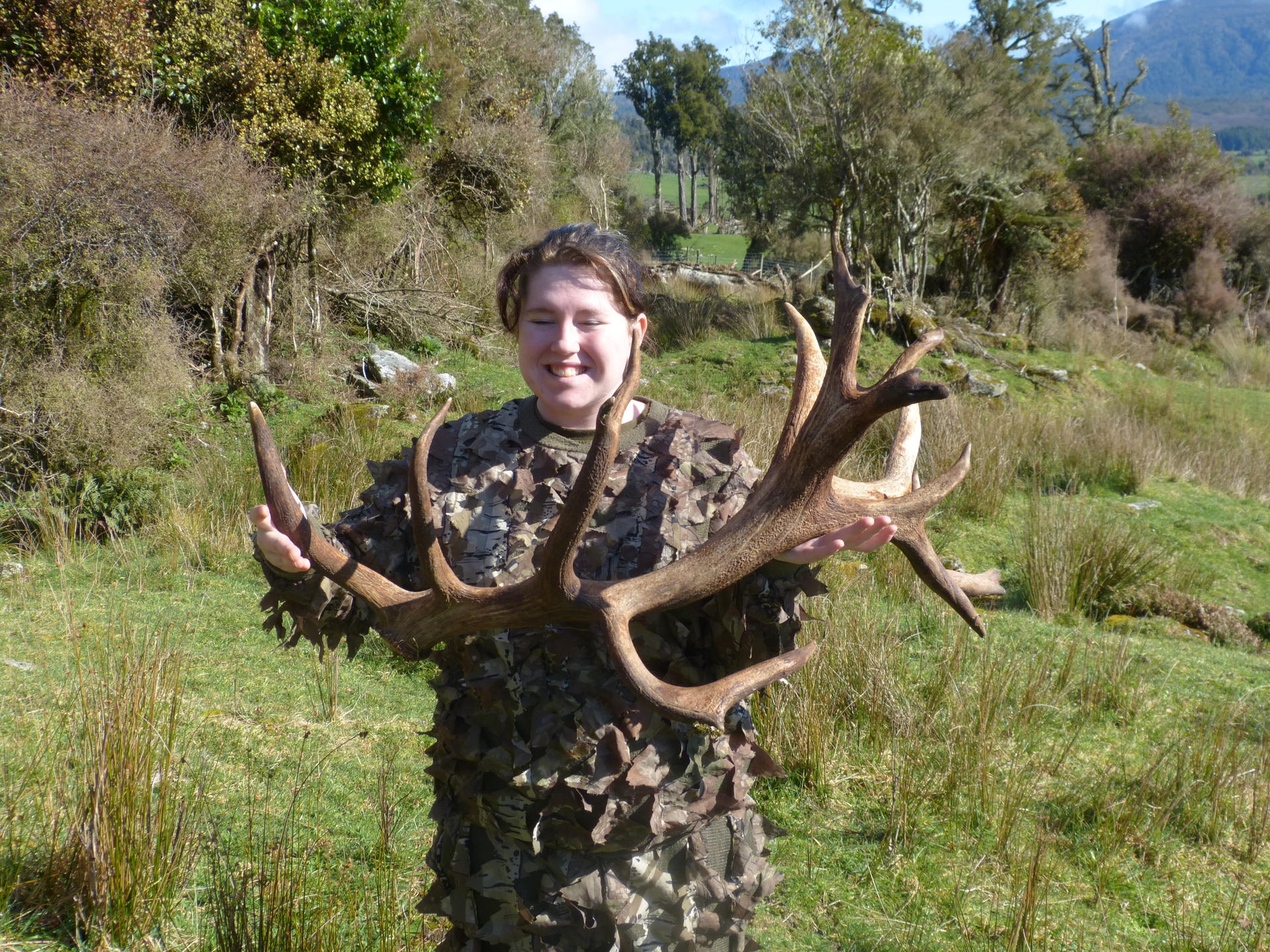 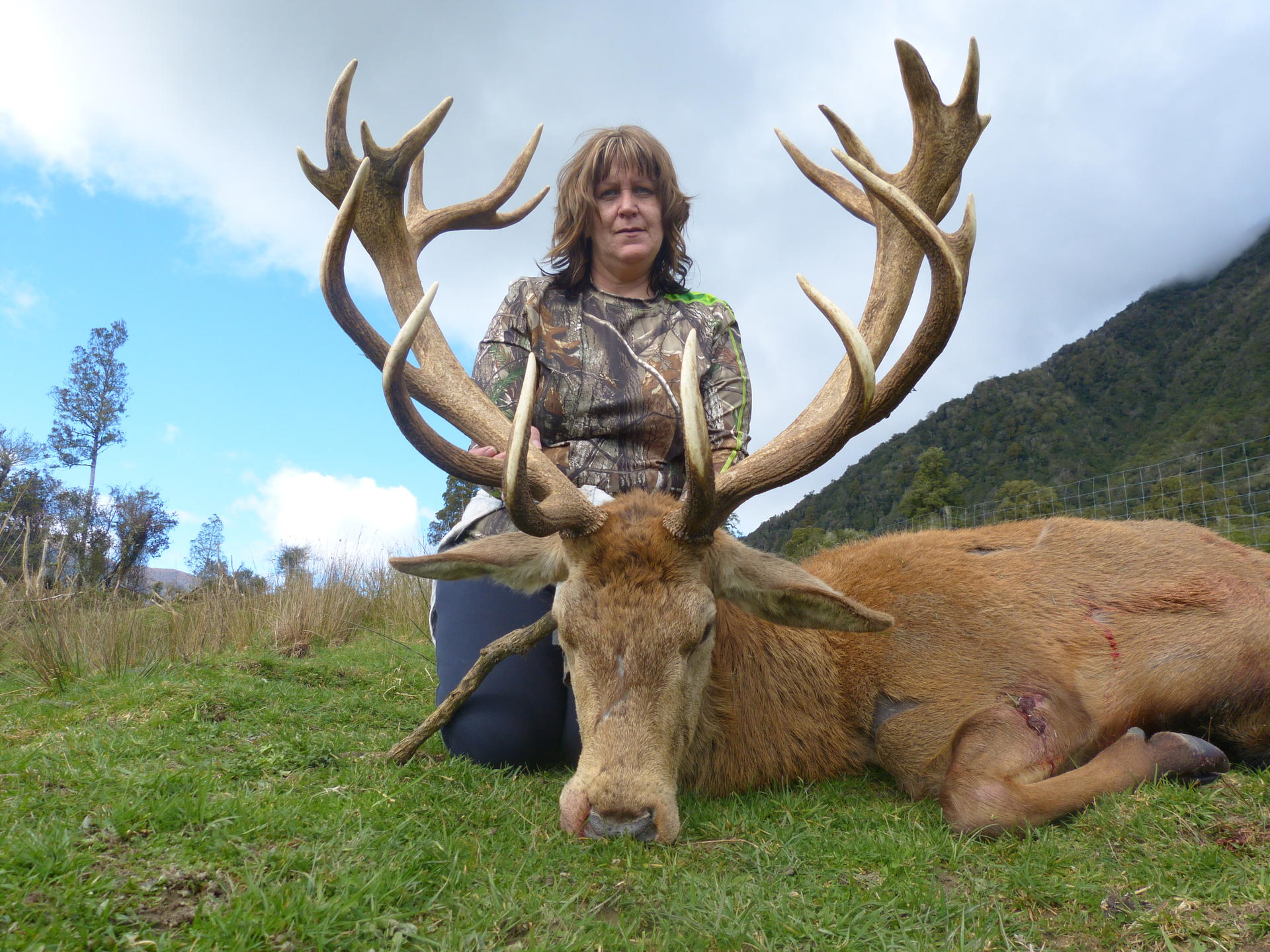 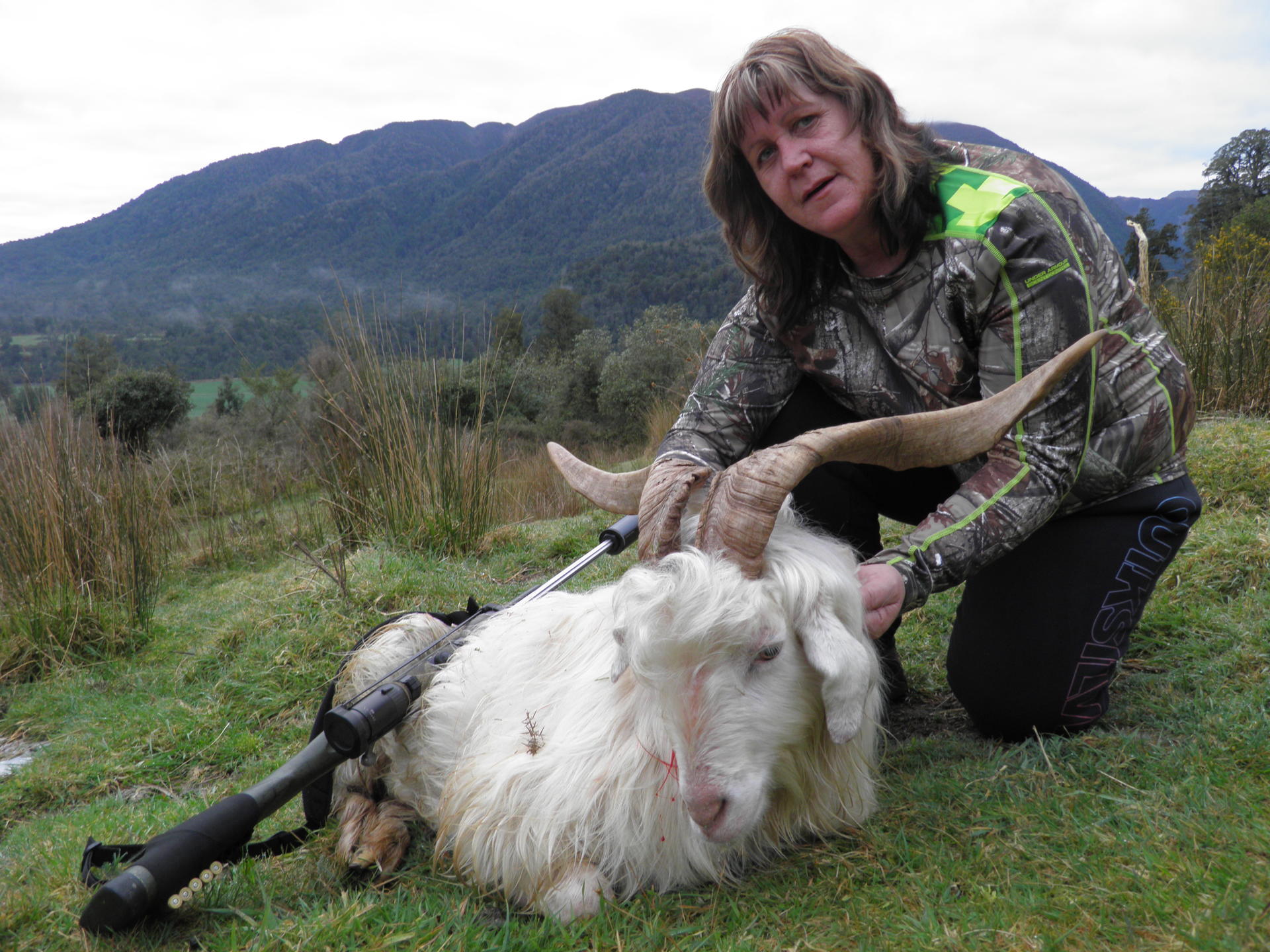 Wow! Congratulations to those ladies!
How awesome is that?!?

Congrats to your girls Bluey
Why we hunt, even lions? Real hunters need thriving wildlife, so we help make it happen. - Olivia Nalos Opre

Looks like more plains game hunting in your future.
Thanks for sharing.
Congratulations to the successful huntresses!

Congratulations on an awesome hunt Bluey!
I hunted New Zealand last year and got myself a Thar. Incredible country.

Nice hunt with some great trophy's to take home...

thank you for sharing

Well done ladies! Good to see the gals get involved in hunting.

I'm glad they had a great time.

Wilderness Quest is pretty well run operation, well know to USA hunters, they do a lot of marketing.

Looks like they had a great time and got some nice animals. Great job on teaching your daughter to shoot and hunt. Bruce
M

Its good to see girls getting out there hunting.

in my wife and daughter words they would like to thank you nice strangers for your kind words of encouragement .
the girl even asked if me and her could get time to go samba stalking on thursday before i leave for canada so thats a definite hunt comming up this thursday arvo
THE HUNTER; The person that pays over 90% of the cost for the presavation and maintance of wildlife and gets zero credit for it ................

Take her out and get her hooked.
We'll be reading the Safari stories shortly.

bluey said:
in my wife and daughter words they would like to thank you nice strangers for your kind words of encouragement .
the girl even asked if me and her could get time to go samba stalking on thursday before i leave for canada so thats a definite hunt comming up this thursday arvo
Click to expand...

It rough but someones gotta do it eh!

When do you head to BC?
Why we hunt, even lions? Real hunters need thriving wildlife, so we help make it happen. - Olivia Nalos Opre

yeah it s a bit rough alright diamondhitch
the girl will hunt without make up but she cant possilbly go with out the phone ,but she will have it on silent
then i fly out on friday morning at 0500
it will be great taking her in to the bush again
she has fantastic eye sight and gets so excited when it all comes together for her
THE HUNTER; The person that pays over 90% of the cost for the presavation and maintance of wildlife and gets zero credit for it ................

LOL kids and their cell phones.

Good luck on your hunt and your hunt before your hunt as well.
Why we hunt, even lions? Real hunters need thriving wildlife, so we help make it happen. - Olivia Nalos Opre
You must log in or register to reply here.

Francis W Chickilly
South Africa 2021
Today at 12:29 AM •••
F
Frank375 Philip Glass Frank375 wrote on Philip Glass's profile.
I am going to Tanzania the 1st of September and want to know what weight Darn Tough socks you recommend.Thanks,Frank.
Yesterday at 9:47 PM •••