I'm a bit late getting this written up. Better late than never I guess.
About 1 year ago my wife said, I'd like to go to a photo class in New
Zealand. Would you like to go hunting there? Nice when they twist your
arm to go hunting! 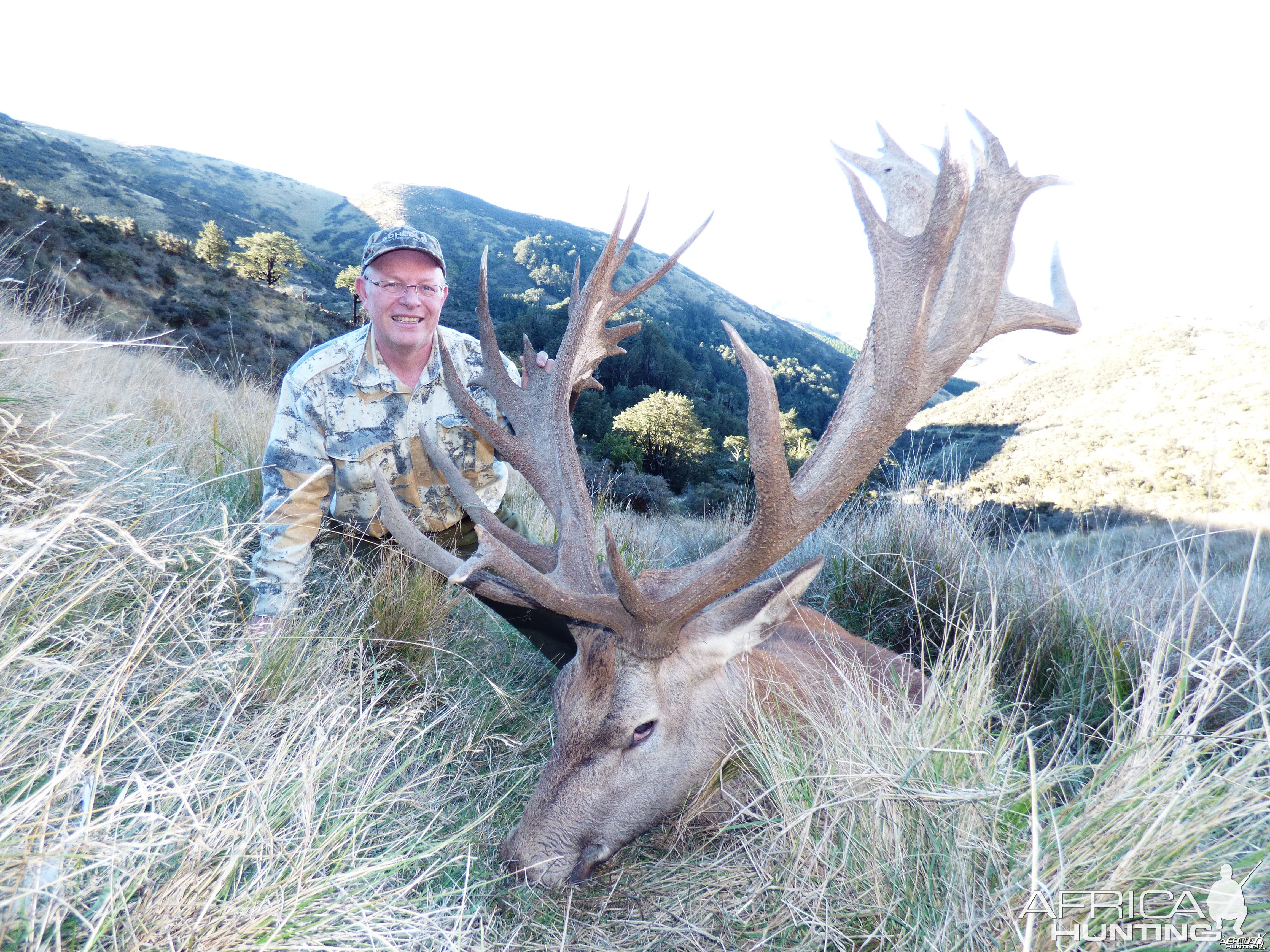 I have a weak internet connection here in Africa and can't see your pics, but that may be for the best as I am already wanting to book with this guy!

Great write up Bruce and it sounds like you found a good outfitter there as well. I will definitely be looking into this trip!

Thanks for sharing buddy,
Jeff

I thought I had pics up. Will have to try and fix it tomorrow....great trip. Bruce

Thanks for the excellent hunt report, I'm glad you got some great trophies!

Area where we hunted the red stag 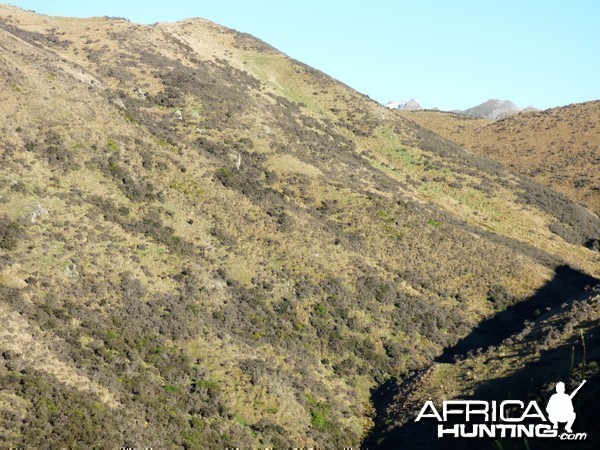 Red stag in AM light 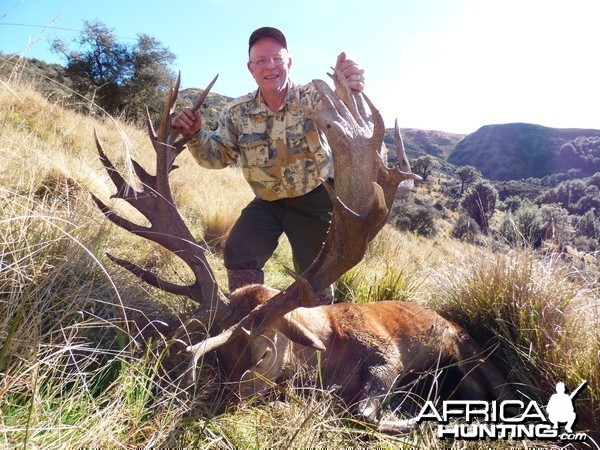 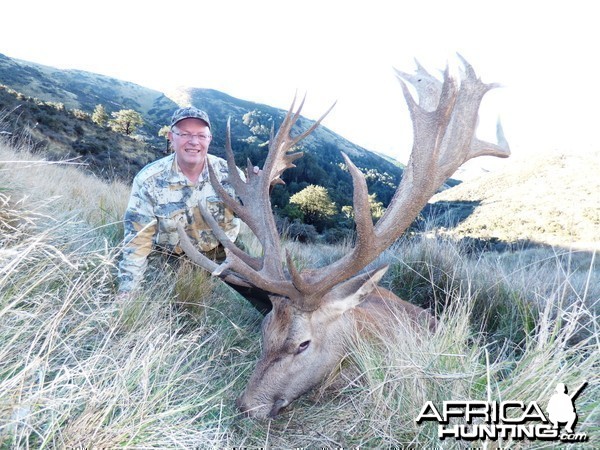 Packing head and cape out 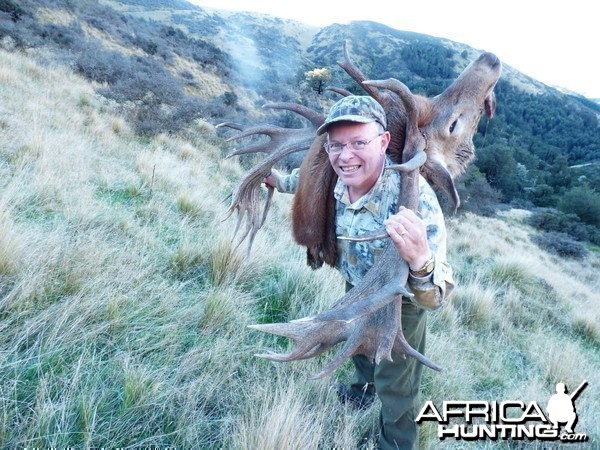 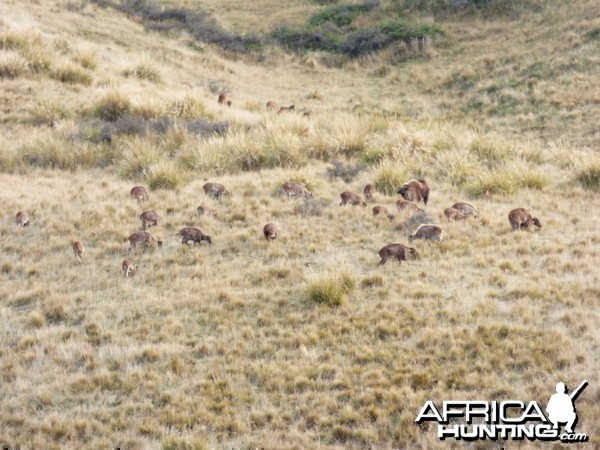 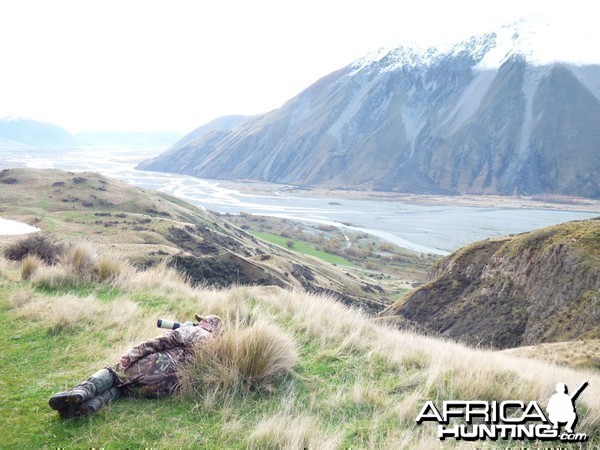 Hillside where we hunted the Tahr. Note the cliffs. 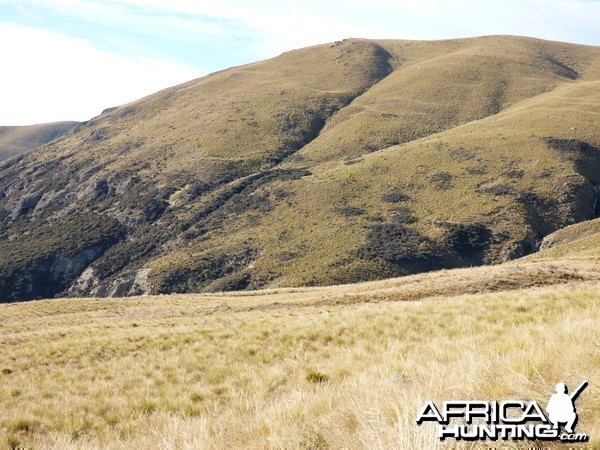 Bull Tahr. Note how long and blonde the mane is 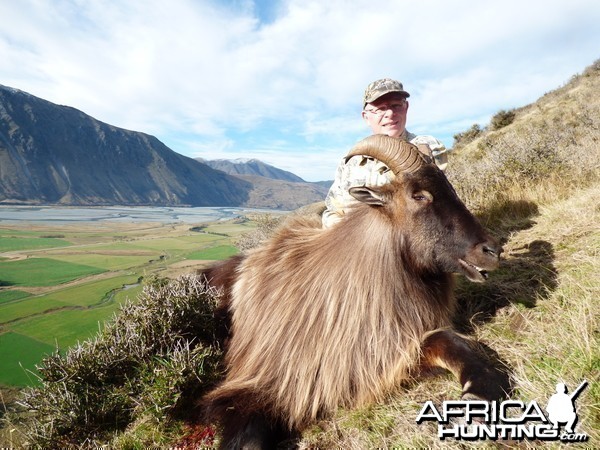 Tahr watching us cape mine. 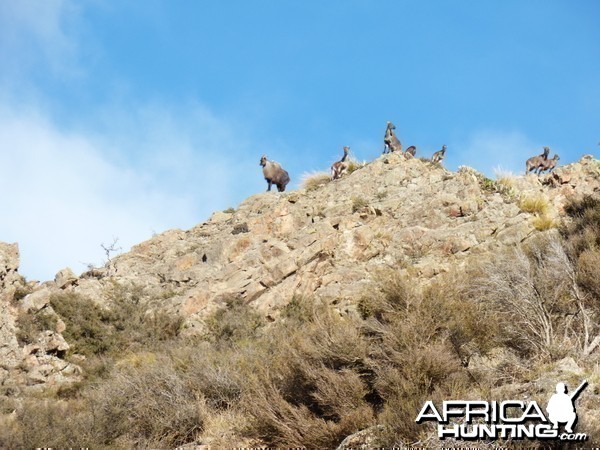 That was a fantastic hunt, with great trophies, congrats. 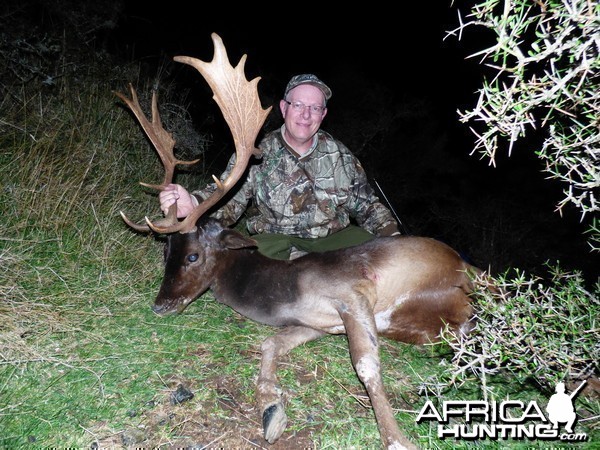 Congrats Bruce.
Nice trophies and you survived, with a little surgery.
Thanks.

I always wondered what an elk crossbreed with a moose would look like. Now I know!

This is incredible! Thank you for sharing. It looks like beautiful country and a couple of fantastic trophies!
“If there were one more thing I could do, it would be to go on safari once again.”
- Karen Blixen

Very cool trophies,bruce
Other than buggering your knee,which sounds like ,you punched through and kept on going on.
Nice write up , and pictures mate
Thanks once again for sharing your trip with us ,cobber
THE HUNTER; The person that pays over 90% of the cost for the presavation and maintance of wildlife and gets zero credit for it ................

Congratulations on the great trophies. Glad the hunt went well and you were successful even with the bum knee.

Thanks for the report and photos.