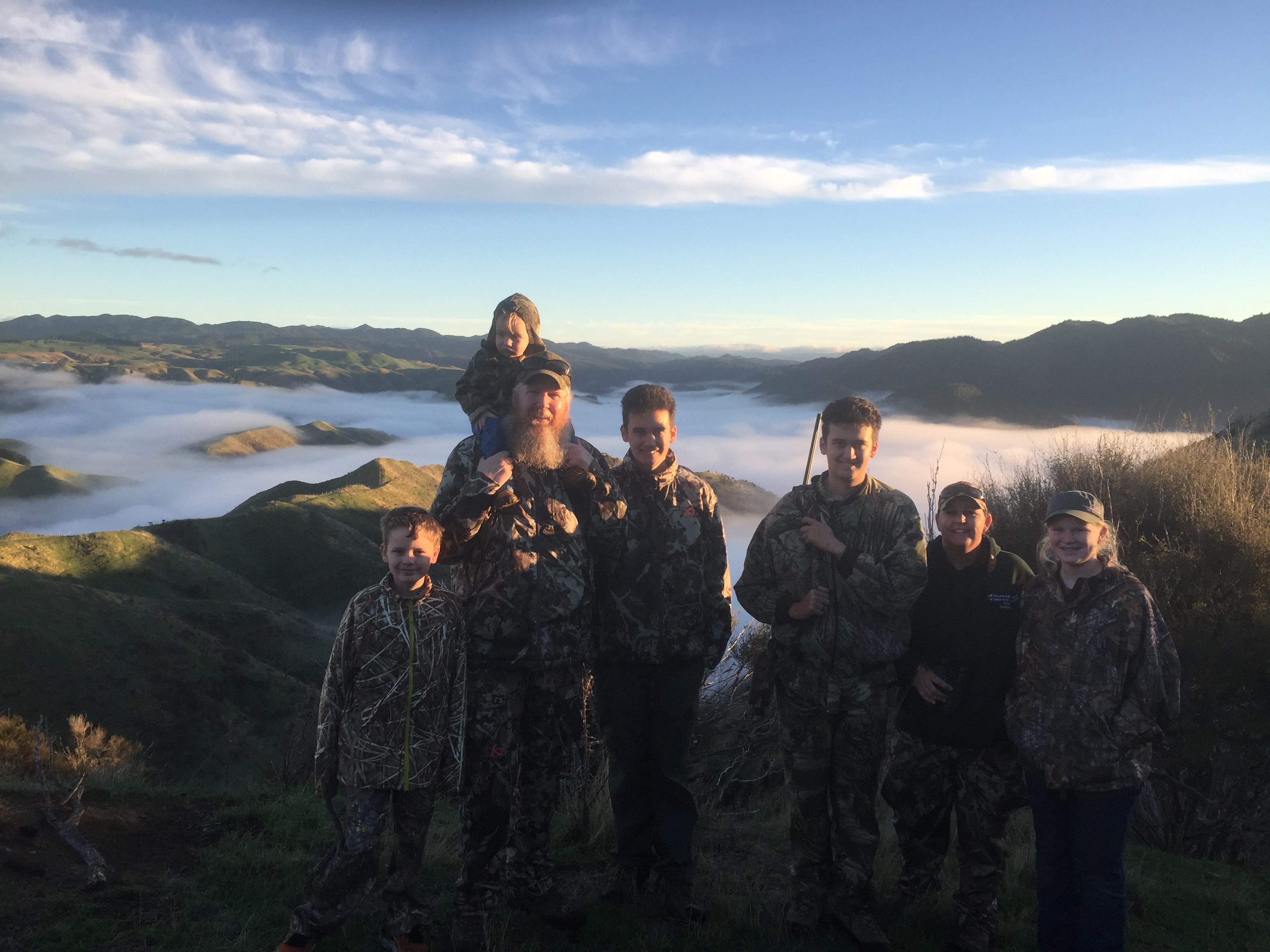 We just got back from a awesome trip to New Zealand. I had lived there for a year 15 years ago. Wanted to take my wife and 5 kids down there for some hunting and sight seeing. We had the trip of a lifetime. We drove to Houston from NW Arkansas. Flew straight to Auckland. 15 hour flight with a 1.5 year old is long. But it's a over night flight. Very easy time change to get used to. We hunted with Aaron Kent with http://www.huntingdownunder.co.nz/ I can't say enough good stuff about this guy. He took on my family of 7. From 1.5 years of age to 15.

We stayed off sight in a nice cabin with room enough for our family. It was a place Aaron found for us to stay. Worked perfect.

My wife has had her eye on a red stag. First morning out he spotted a nice stag. They made a long stock and had a steep up hill shot. She dropped it with her 6.5 Creedmoor. The kids and I were back up on a hill watching it all. She was not thinking it would have that big of antlers. Thing looked huge to us. Got it loaded up and back to the house. Had a taste lunch. All the food we had was outstanding.

That afternoon they had some wild rams trying to get in the fields with the sheep. My 8 year old got on them with a rifle Aaron has. It was suppressed so that made it extra cool to him. He waited them out for the perfect shot. Shot it and it stayed up on the hill. Was looking for and how steep it was. Very glade it was a good shot. Would have been a long walk up from the bottom. Was very proud of him

The next day my daughter was going for a management sika. Got onto a couple good ones but she was having problems with the scope. Did some walking and looking at different animals that day.

Next day Aaron spotted a one antler fallow deer he had seen a couple times before. She got on him and made the shot. We were a little worried about the shot. But it was dead.

That evening my son and myself were out hunting. Went on a long hike (long for us) was a great time just being out there. Aaron has a great ability to tell when your getting tired. He will stop and glass for a while and let you catch your breath. But does it so you don't feel like your slow and out of shape

We did not have any luck that evening. My wife and 4 kids stayed at his house durin that evening hunt. His wife Carla is awesome. Makes you feel at home. We had set the hunt up where we were taking care of ourselfs for food and lodging. But they made us feel like family and feed us very well. We got in from the hunt late and had a great meal before heading to our place to sleep for the night. Next morning was rained out.

Next afternoon we meet up. My 15 year old and myself hunting again. We glassed for a while then Aaron spotted a sika deer my daughter was trying for. It was a longer shot then he had ever tried. Our range only goes out to 100 yards. In AR your shots are not long. This shot was 280 yards. Deer ran 15-20 yards and was dead. Very proud dad. We hiked over to it. Took pictures. Then climbed to the next ridge and got on a fallow deer we had been looking at for myself. Made the shot and had two animals down. My boy and another guide Mark took care of his deer. Aaron and I made our way to my fallow for pictures and get him packed out before total dark. Kiwis are in great shape. He gutted the deer and put it on like a backpack and walked out. It had a big body on him. I had a hard enough time walking out with a small empty pack. Thick and steep. Was a sight to see. Got home late to the family. Wife was up waiting for us. Tried to play it off that we did not get anything. But blood on our hands and a smart wife makes it hard.

Next morning we were out again. My same boy got a chance at a awesome stag. Made two great shots and we were taking pictures again. Lucky 15 year old.

Can't say enough good stuff about Hunting down under. Not a lot of people would take on a family of 7. In the back of the truck we had a diaper bag and baby stuff. Aaron and his wife Carla treated us so well. The extra guide Mark was awesome. Fun to be around. I am very protective over our only daughter. I would have no problem sending her down there alone at 12 and knowing she was well taken care of. He does some hunting shows over in the states. He is not a huge outfitter with a giant lodge like you see at DSC. But his prices are great and his place is nice. Very good food and great people. He also has thermal hot pools not to far from the house. Pretty drive to check them out. If your going down to NZ to hunt he is the guy to use. He also does South Island hunts for Tarh and chamie. Can't wait to get back down there and hunt with him again.

We spent 3 weeks in NZ. All the way to the top of the north island then down to where we hunted by Naiper. Having lived there it was fun to see old sights and show the family around. If you ever go and are looking for things to do feel free to ask. Daughter and I went on the worlds tallest guides waterfall. Jet boating and all kinds of fun. One other cool thing about hunting in NZ is with a little paper work 1 page for NZ and 1 page for the States you can bring your meat home. We brought back 150lb of meat.

It was a trip of a life time for our family. Sorry it's a long post. Spelling and writing are not the best. Hope you could understand most of it. 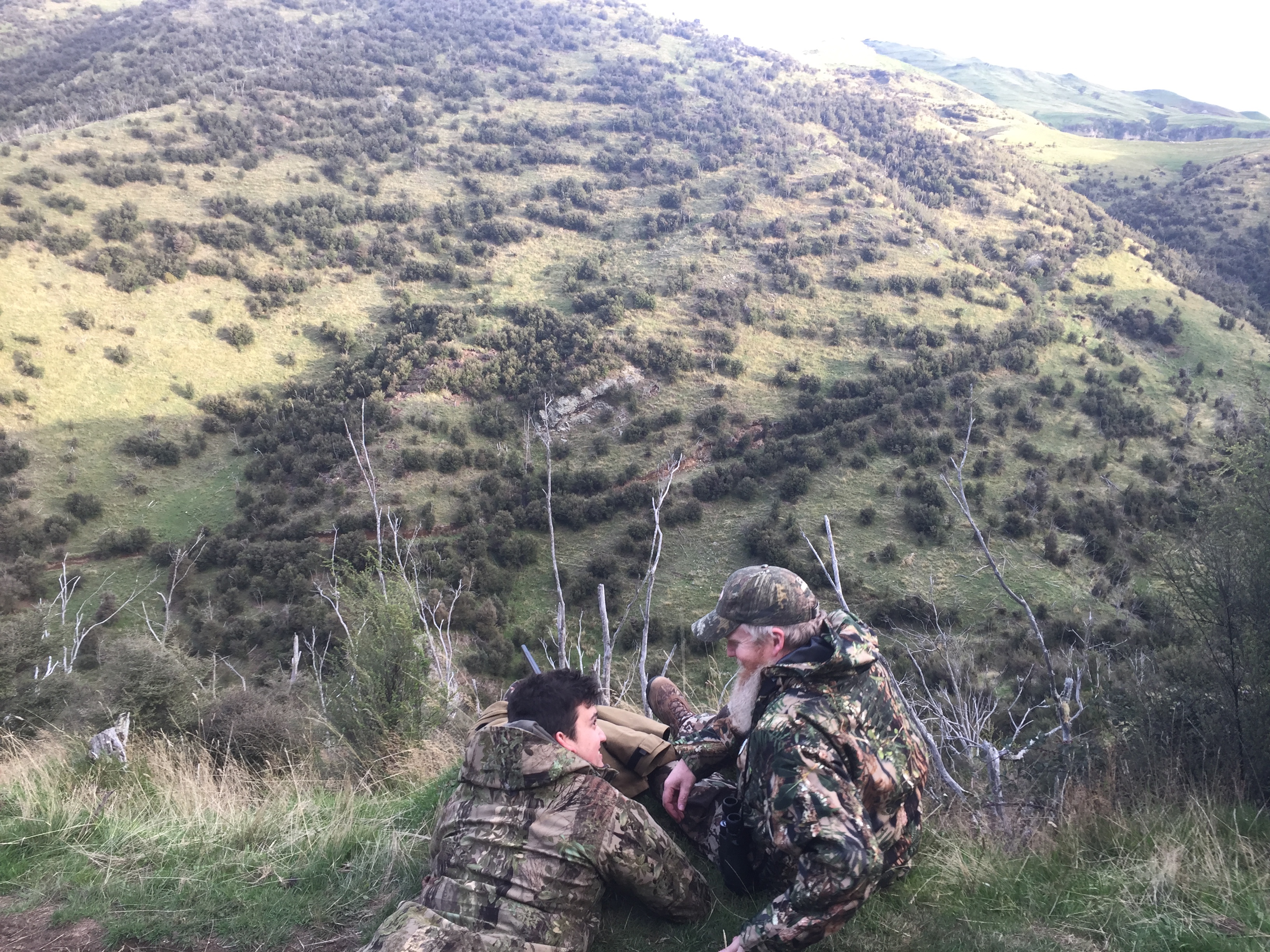 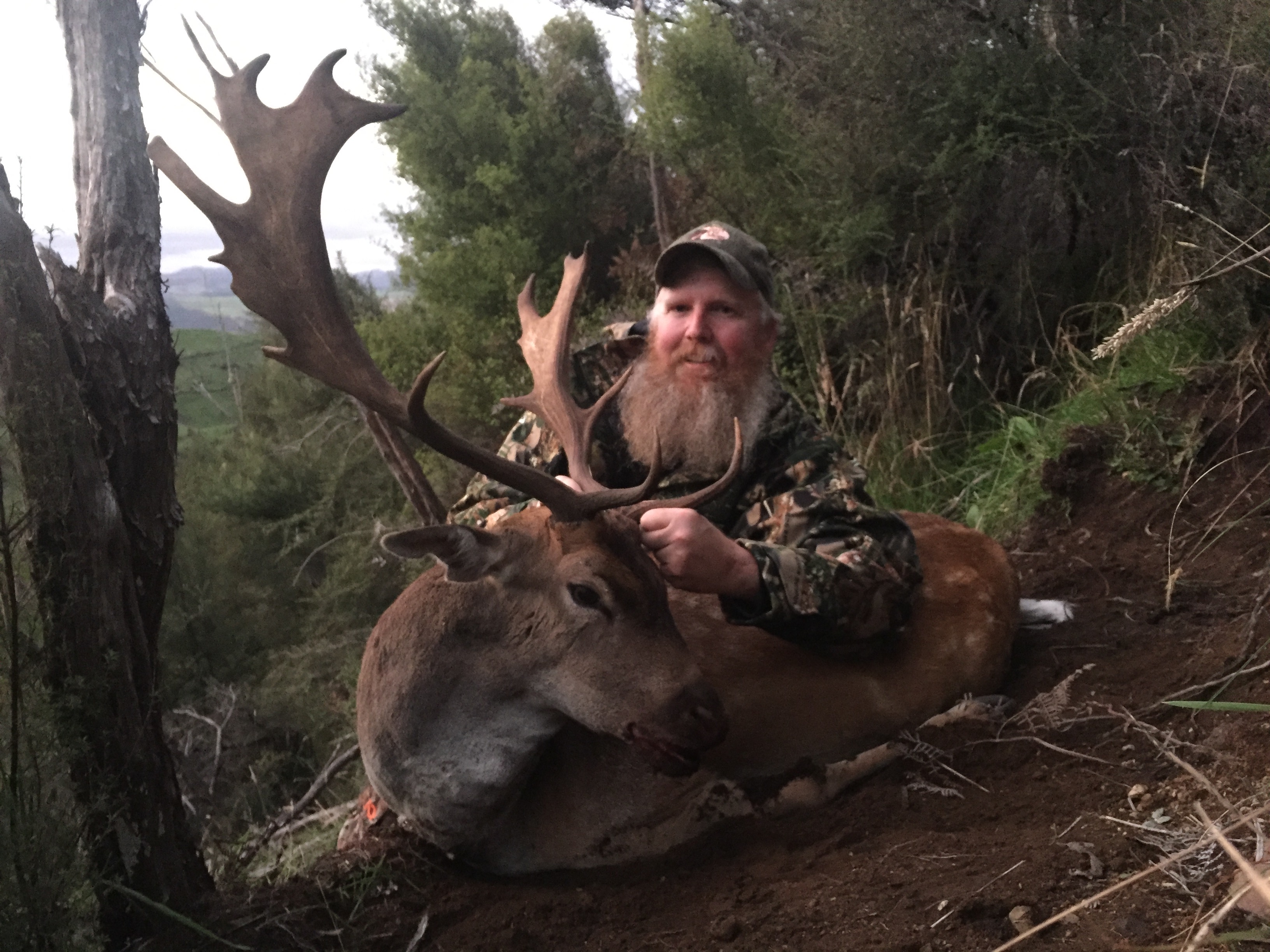 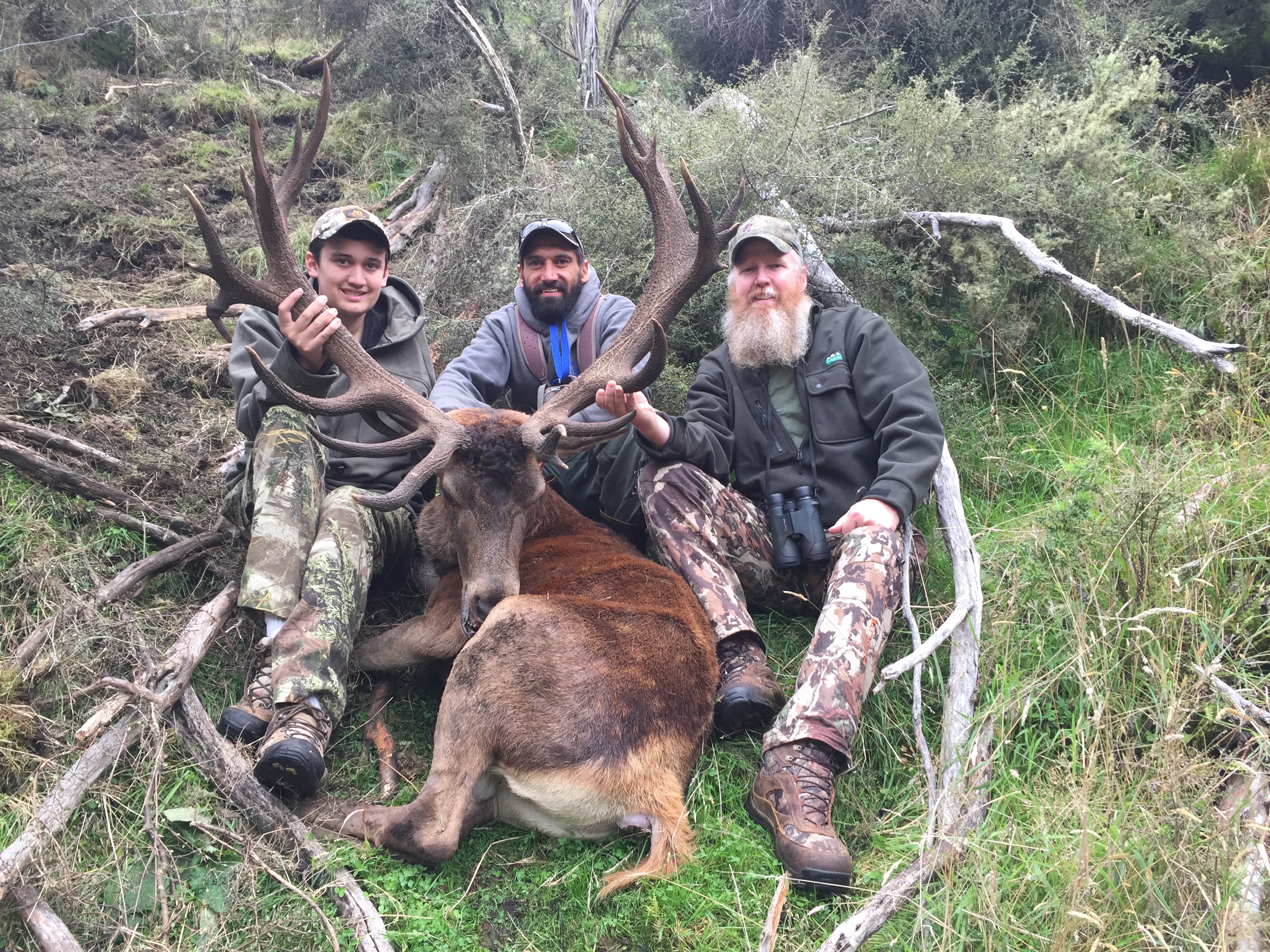 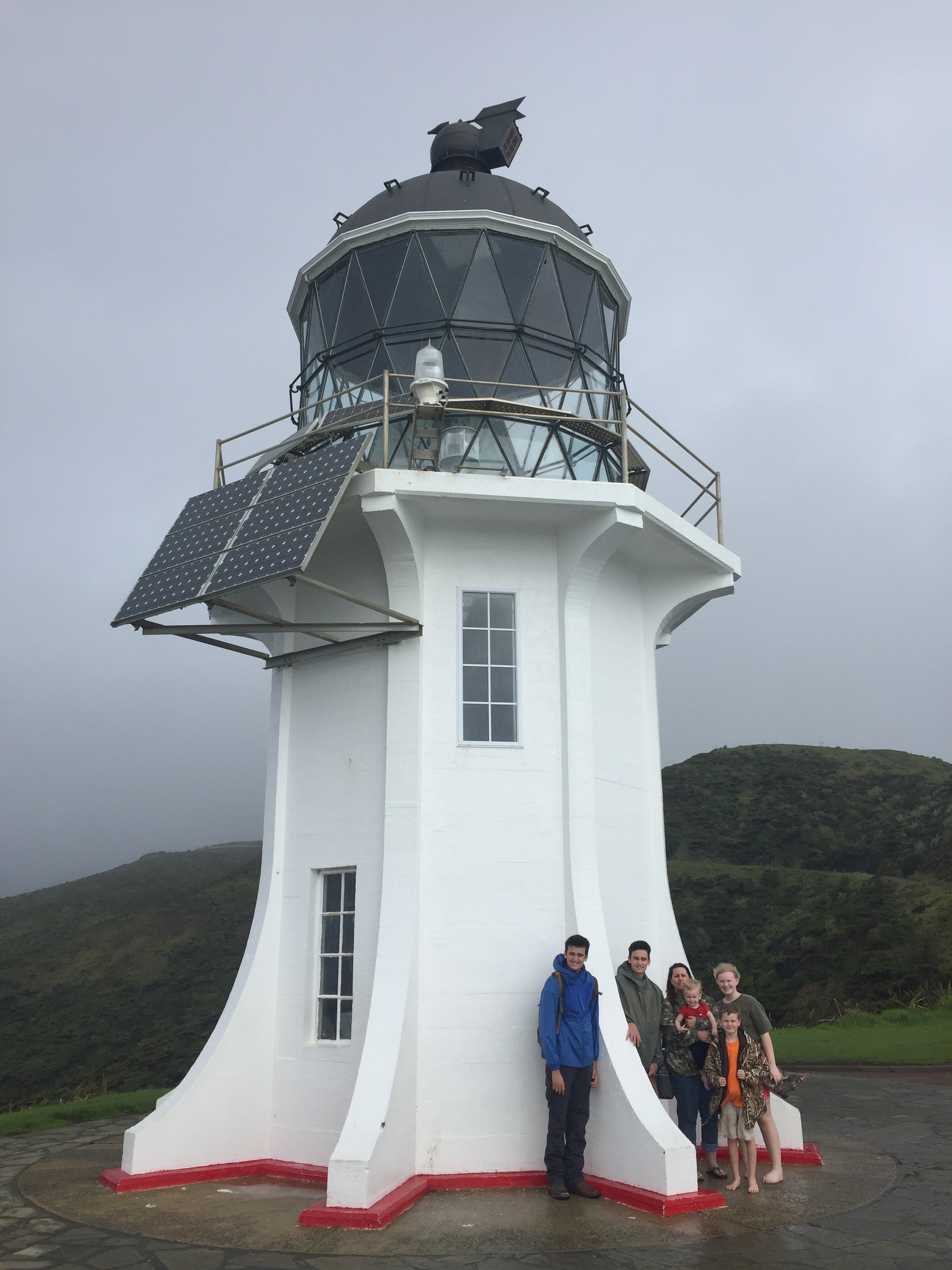 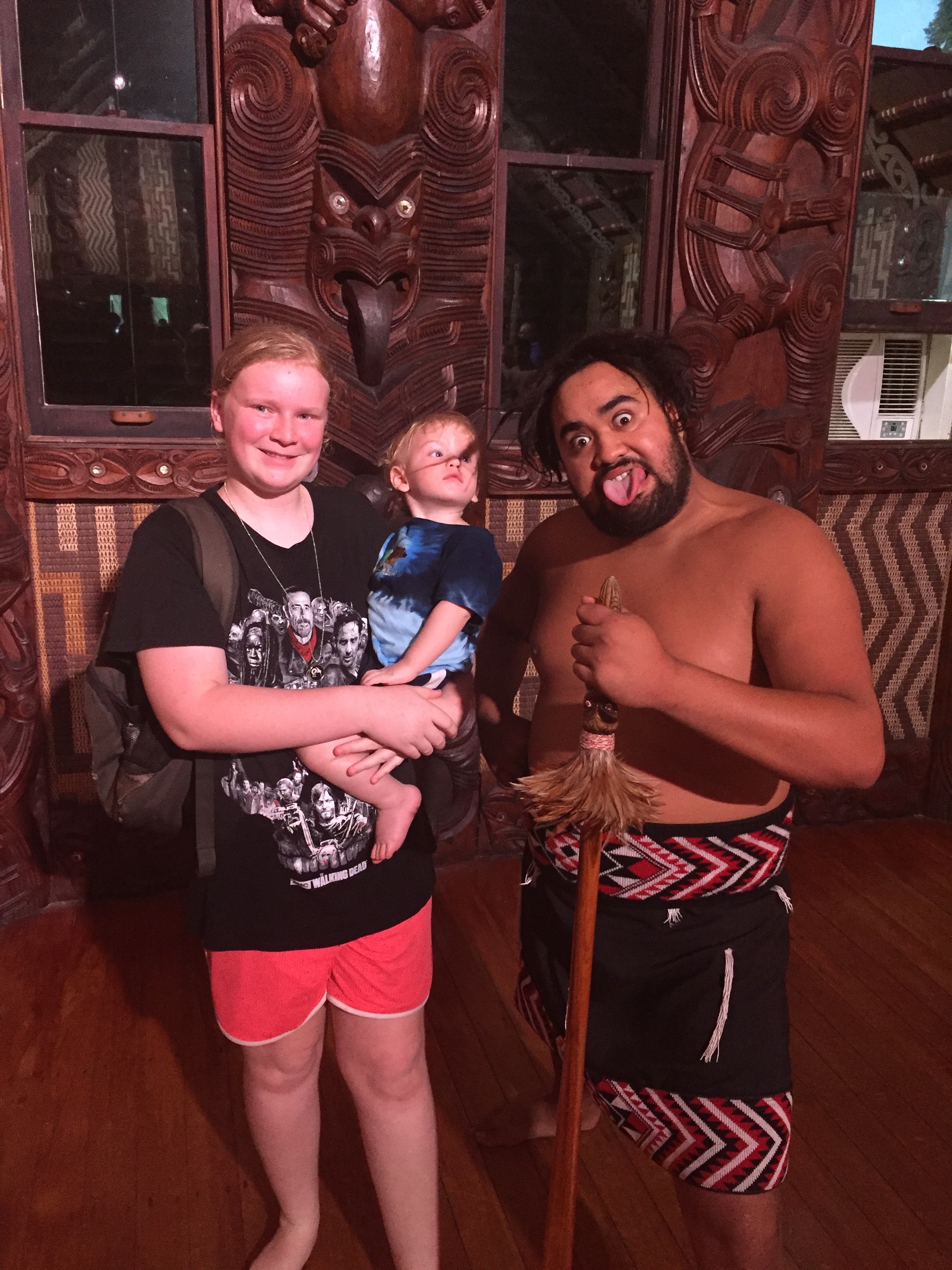 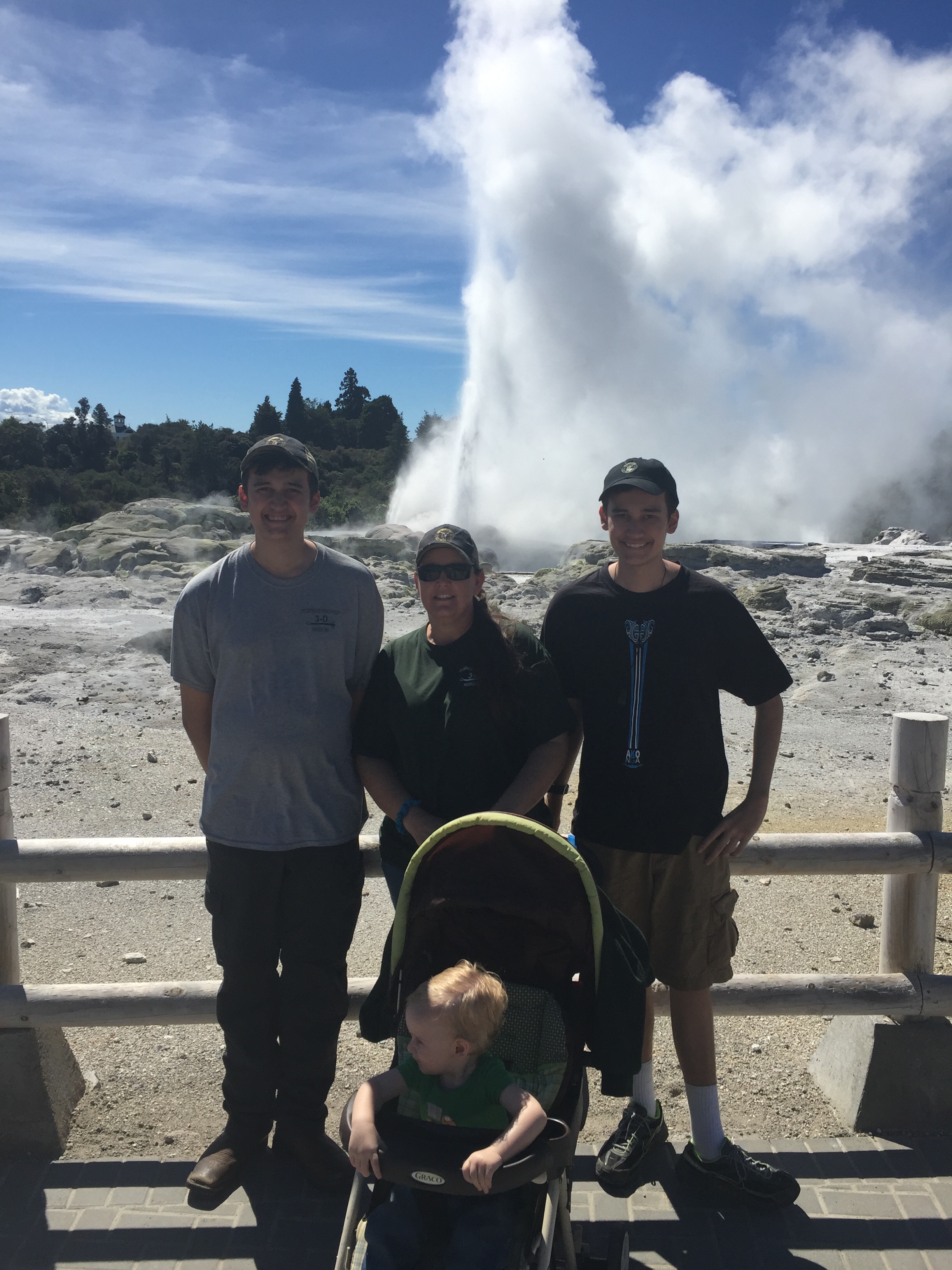 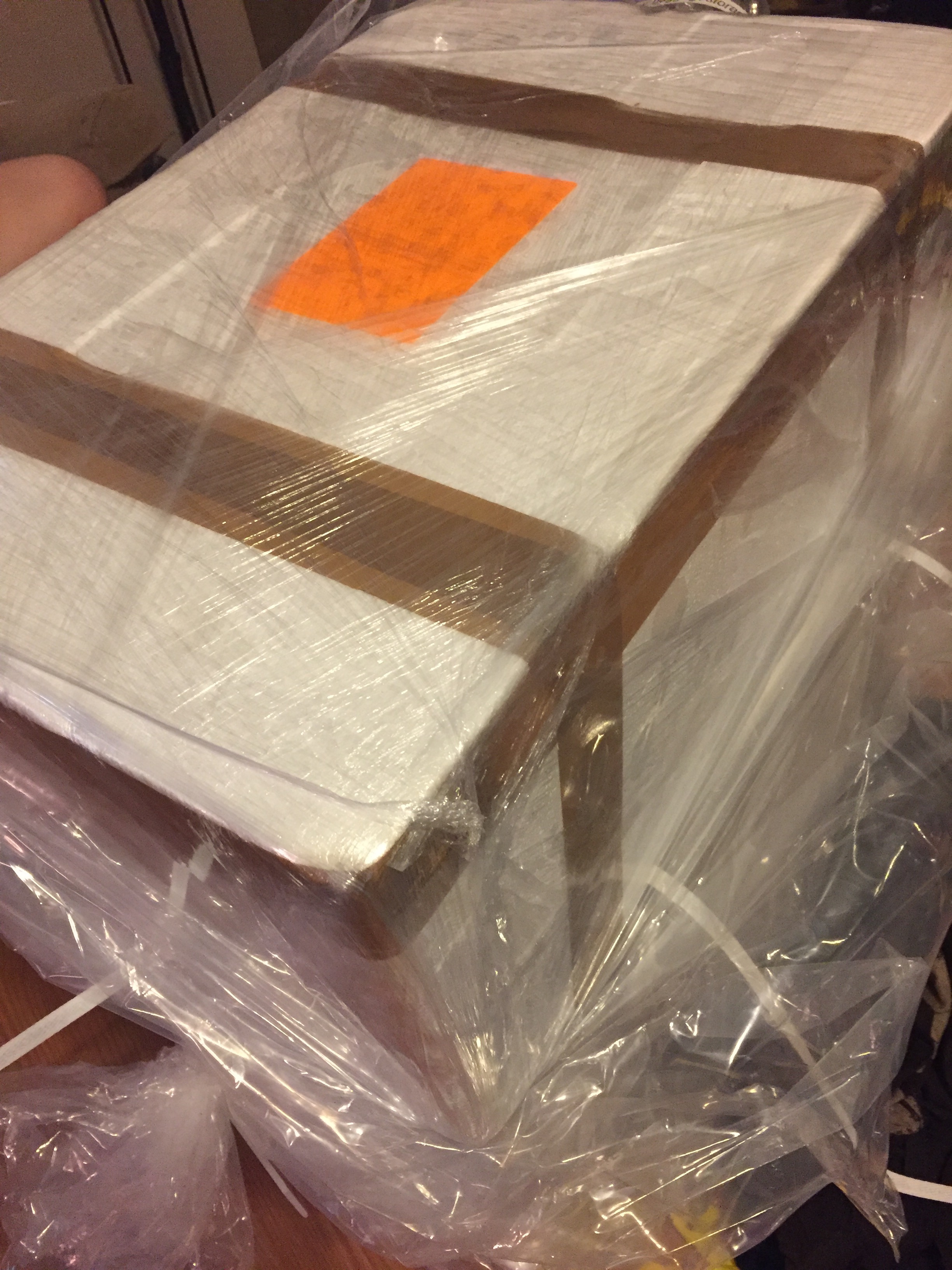 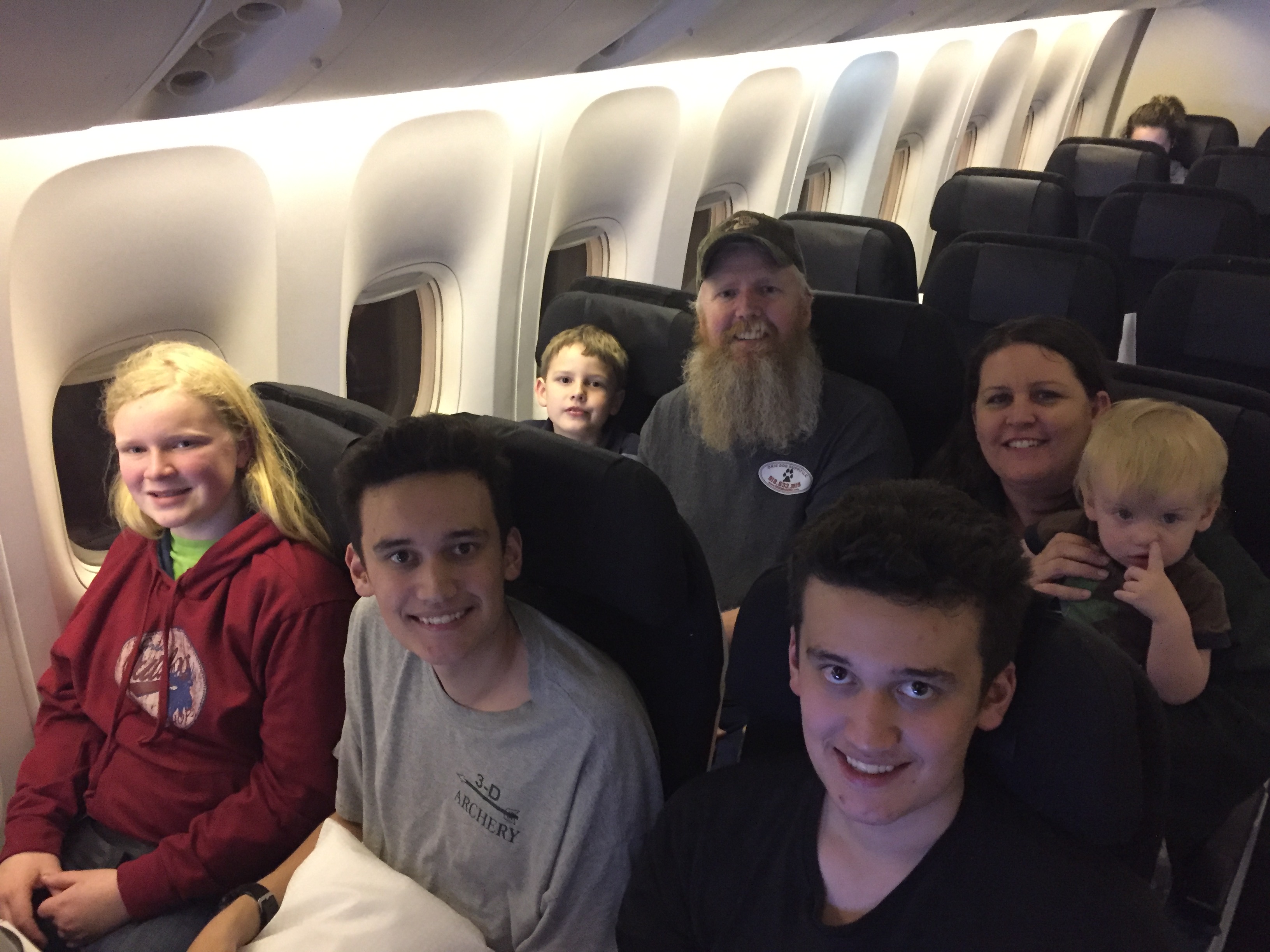 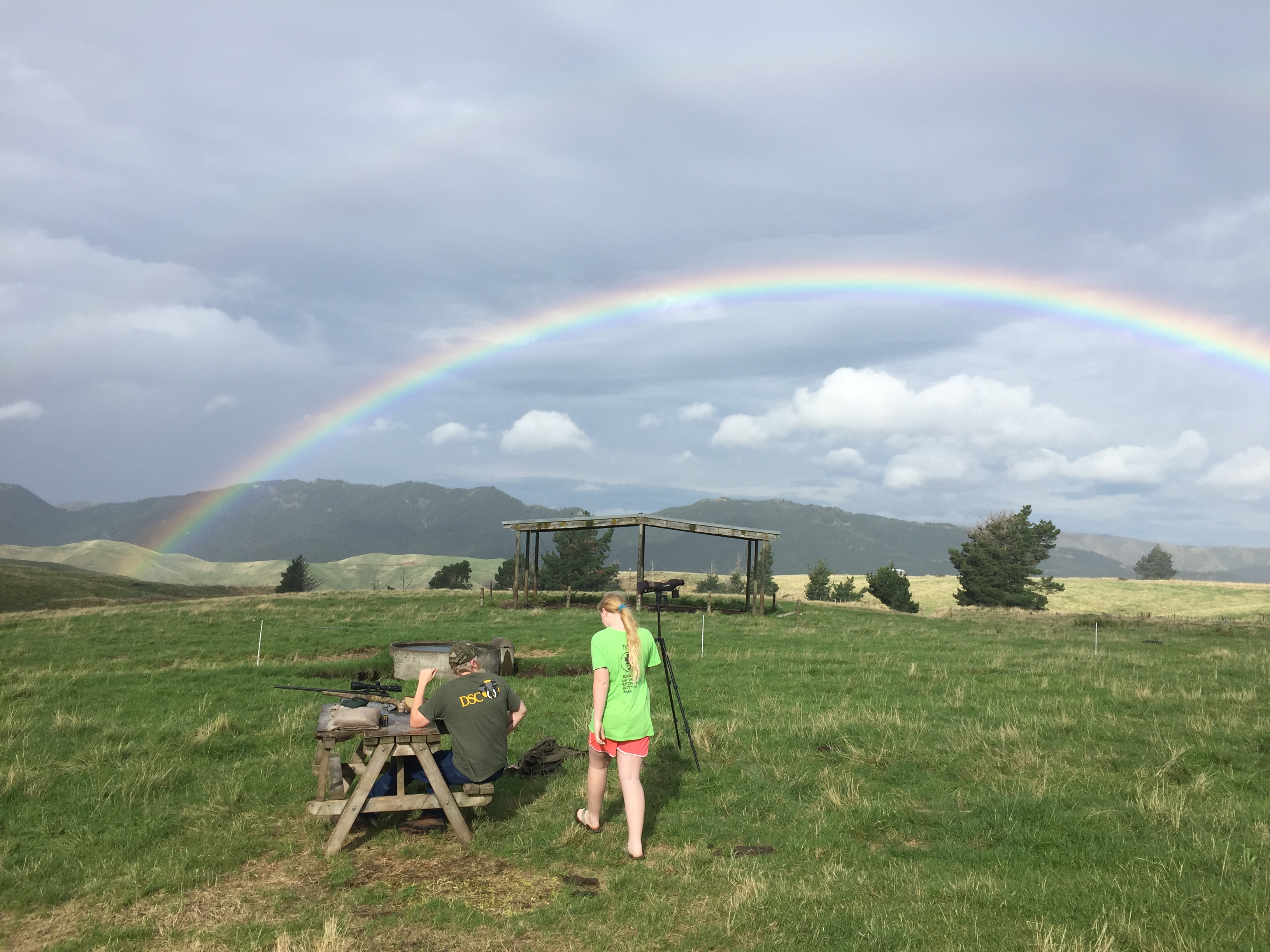 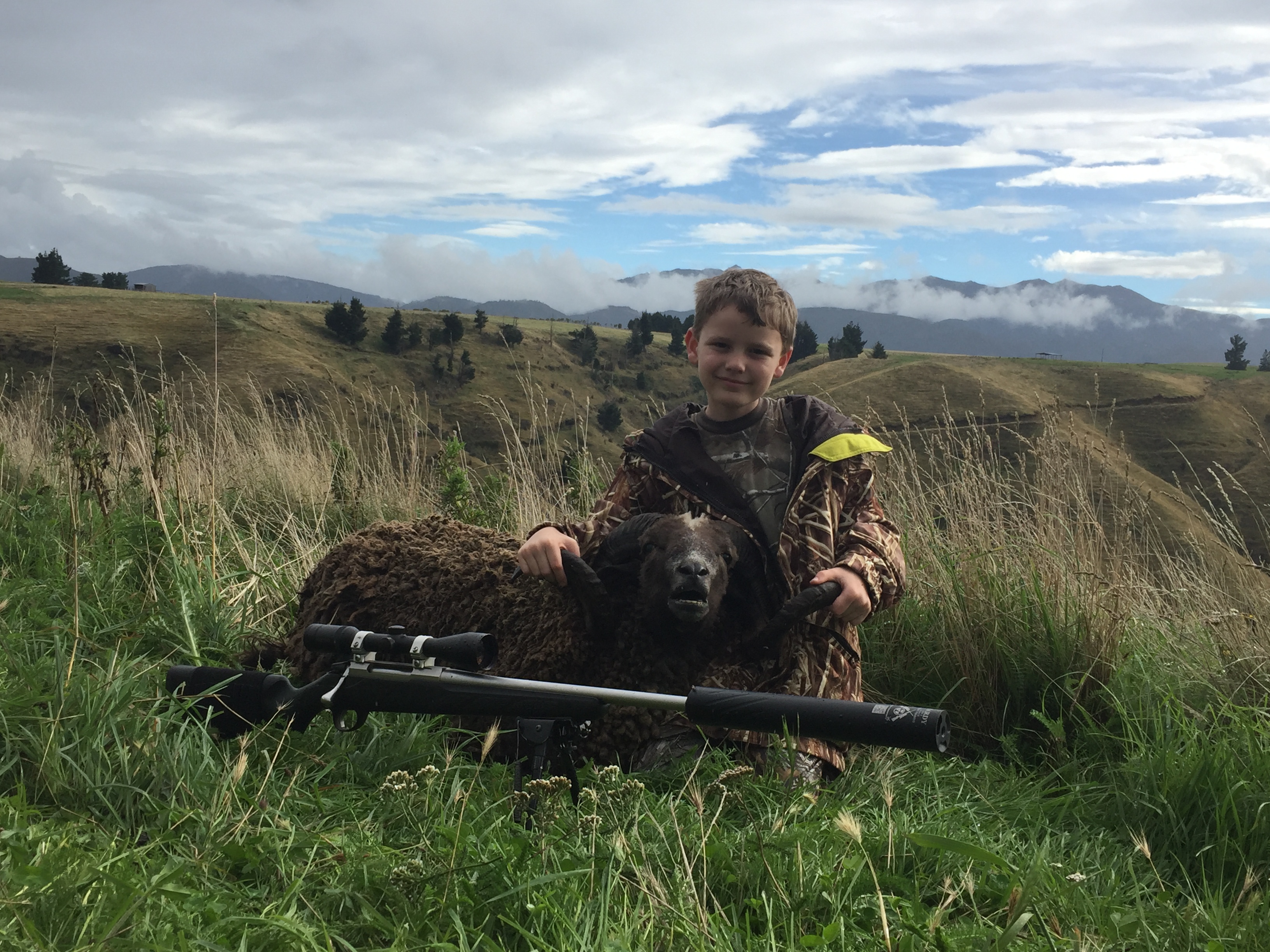 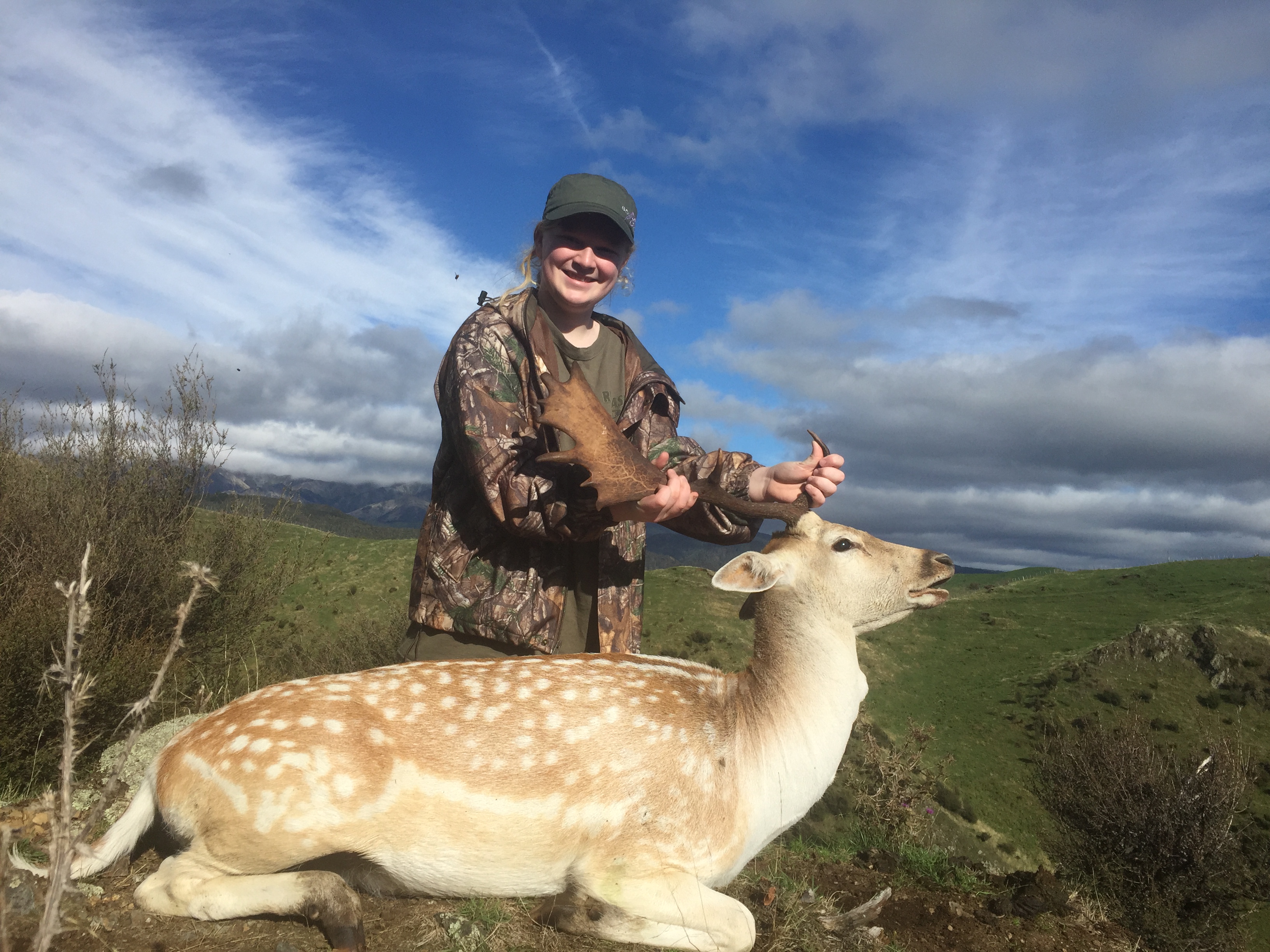 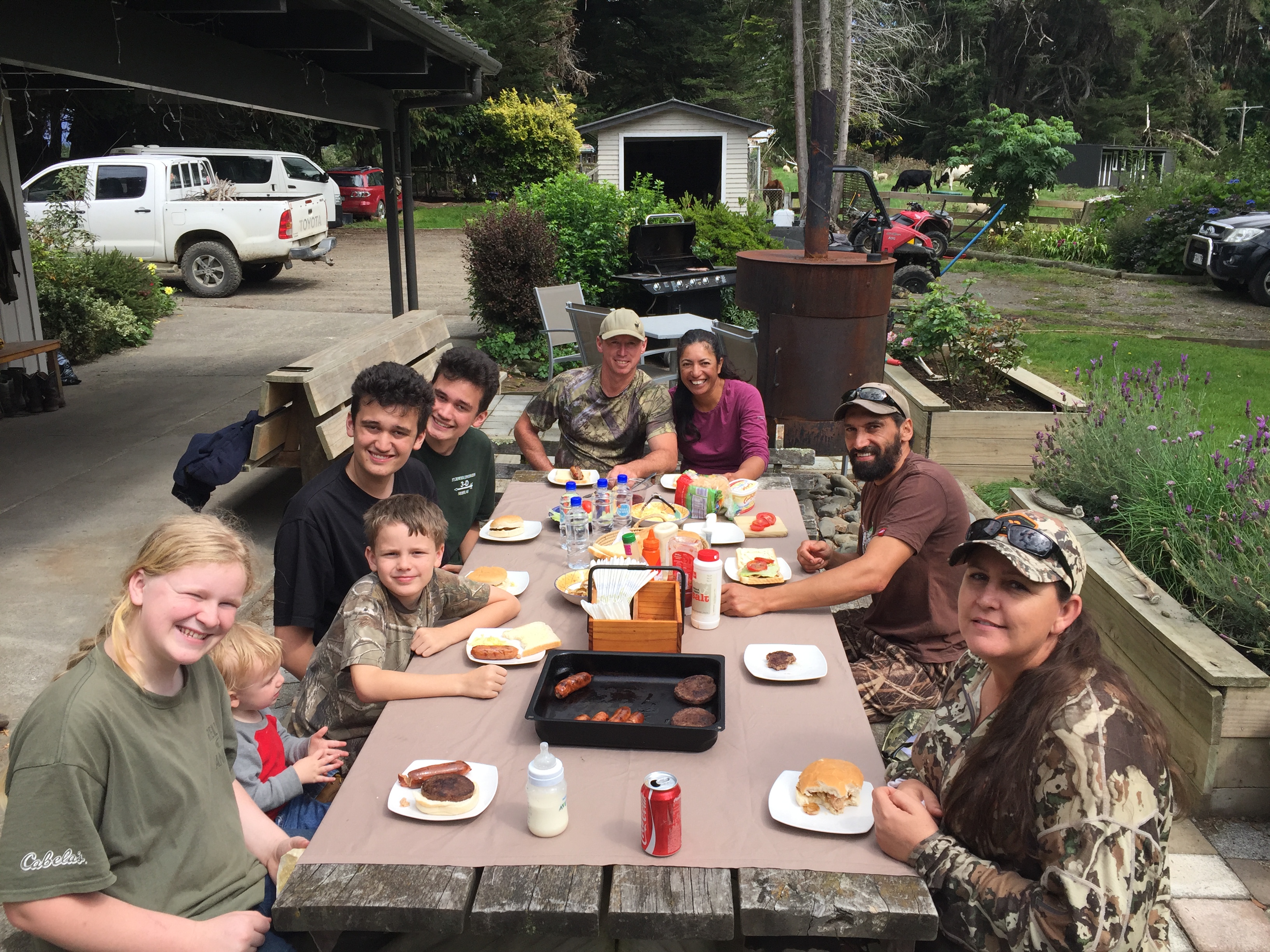 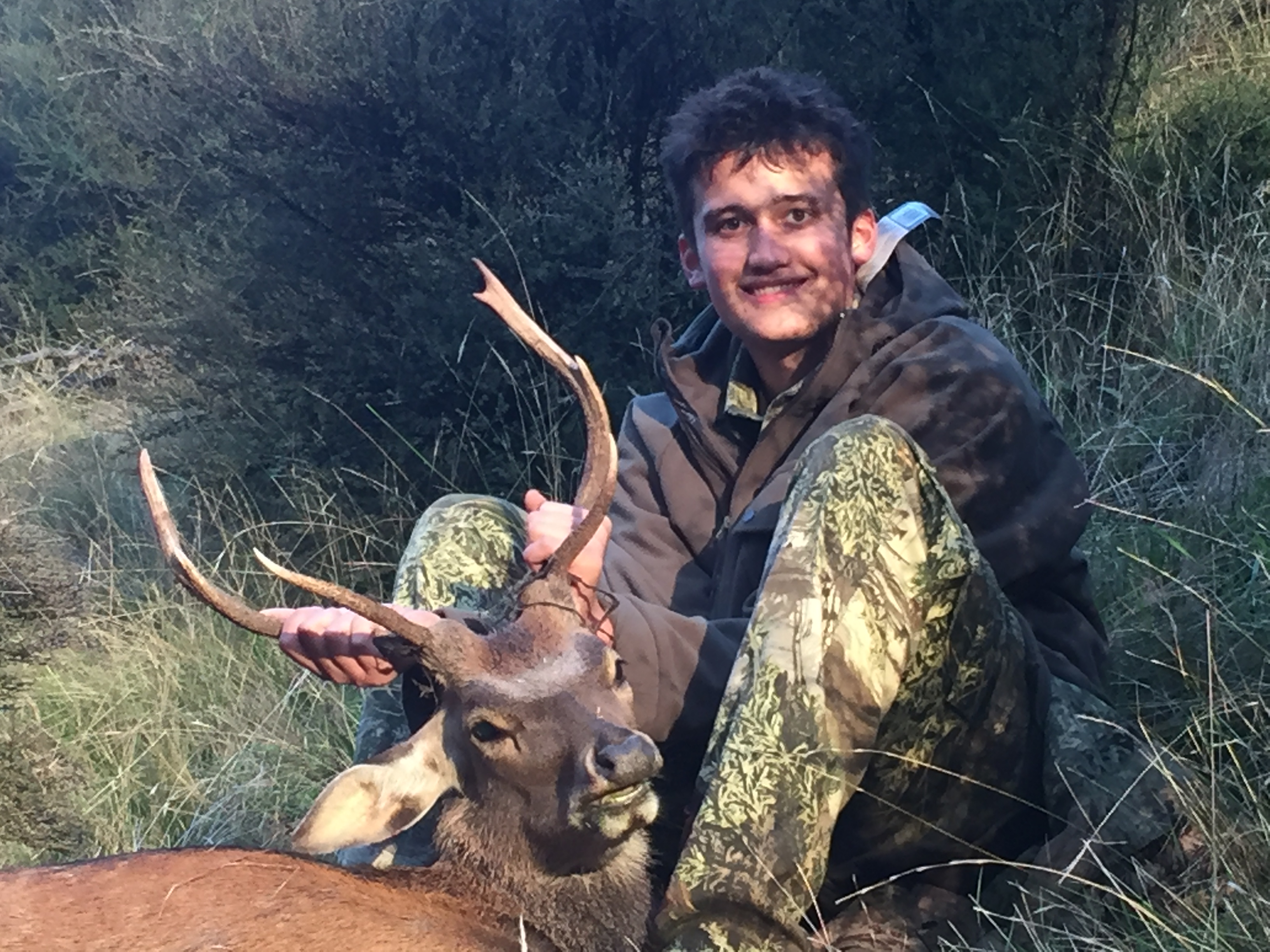 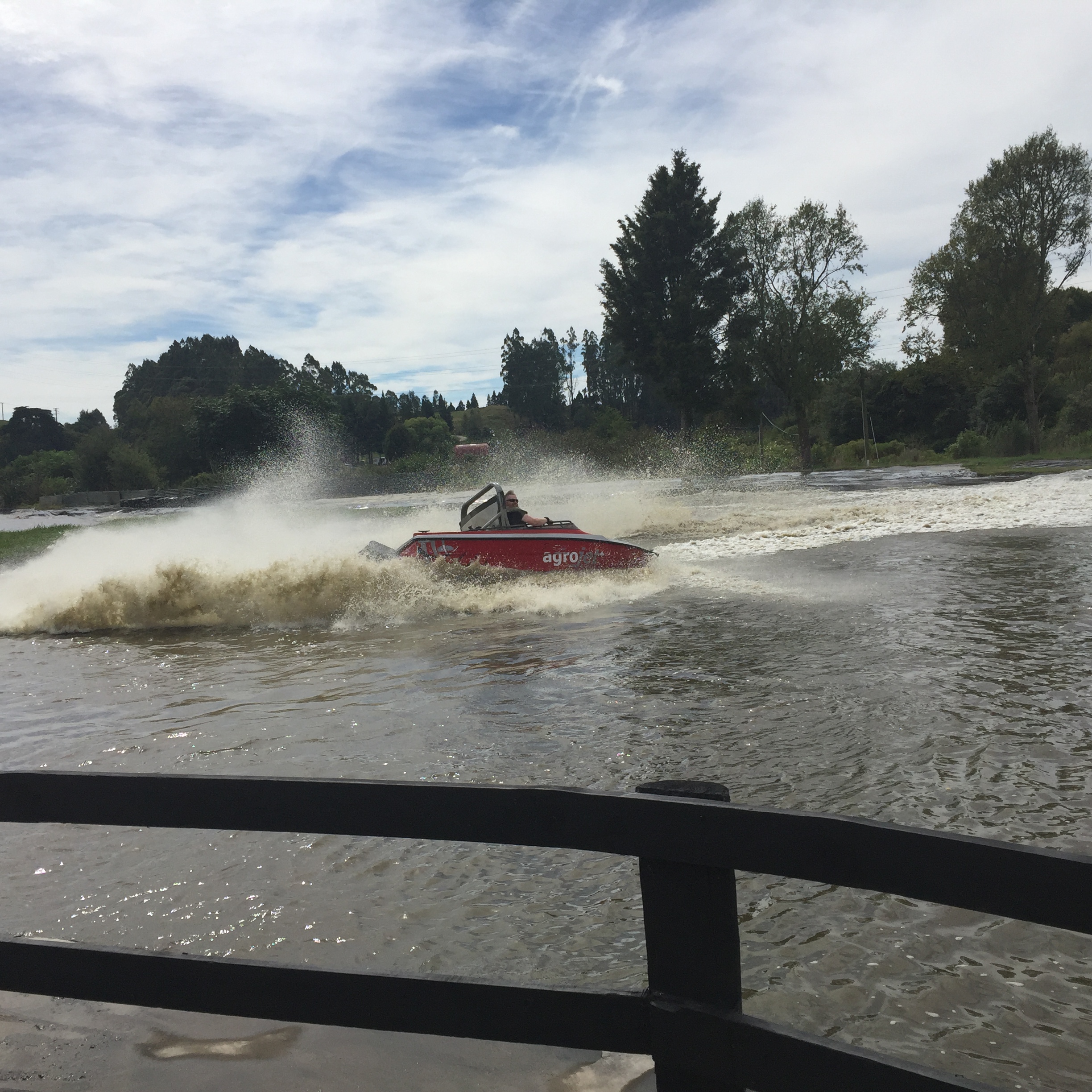 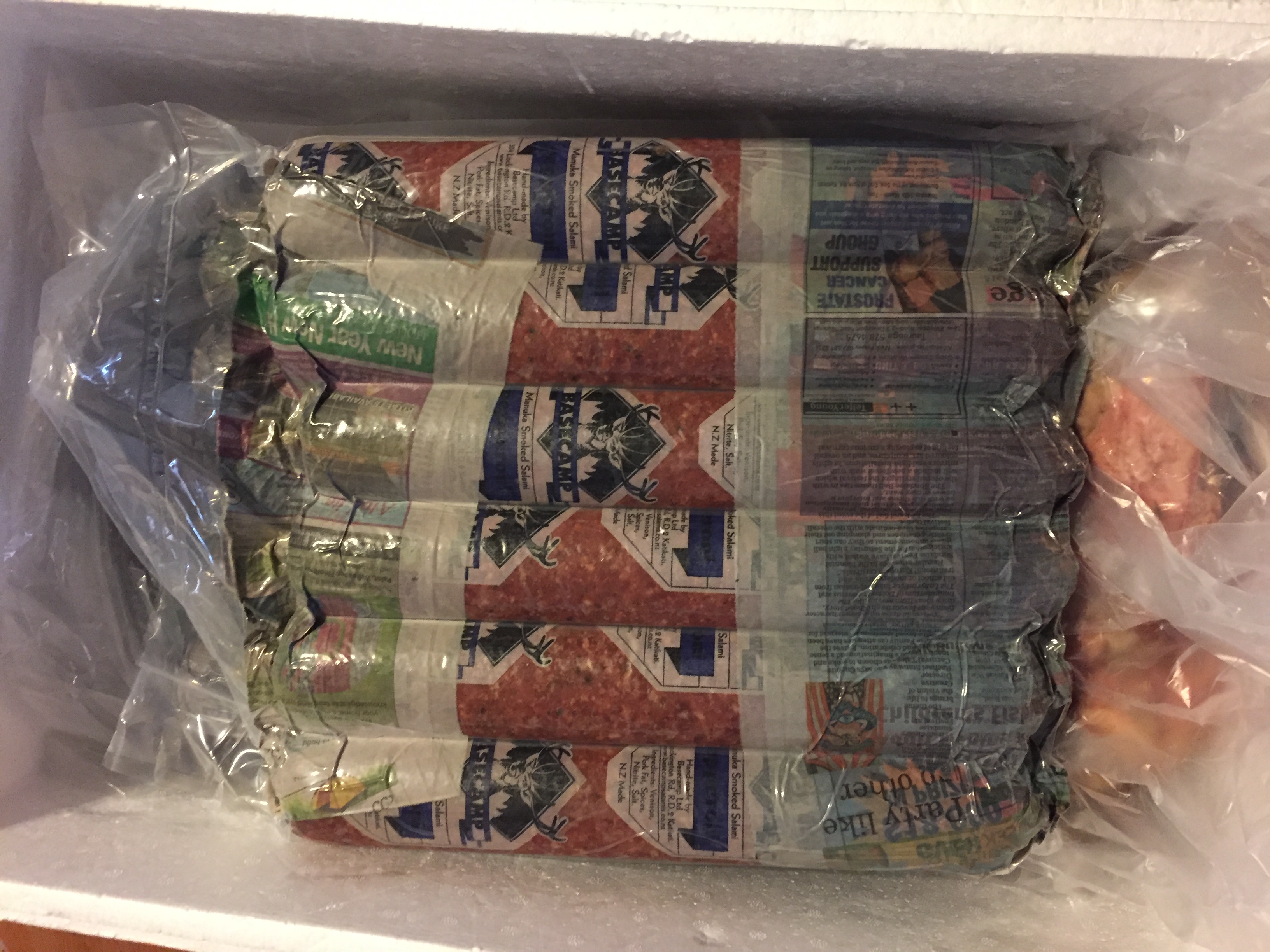 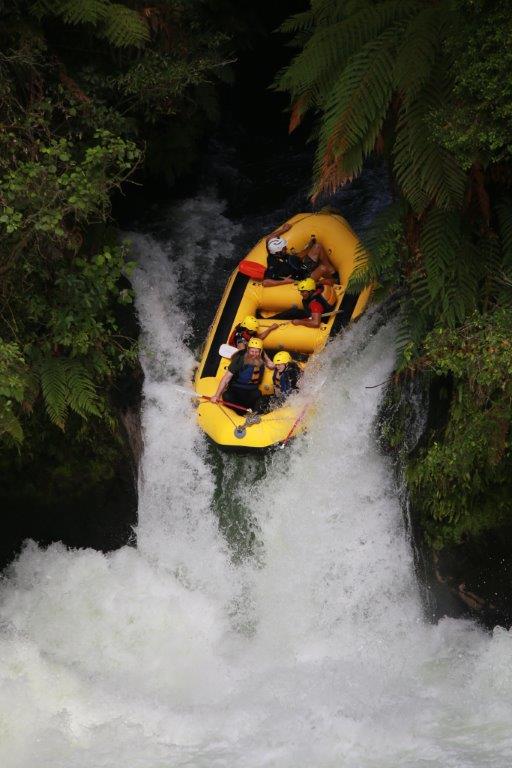 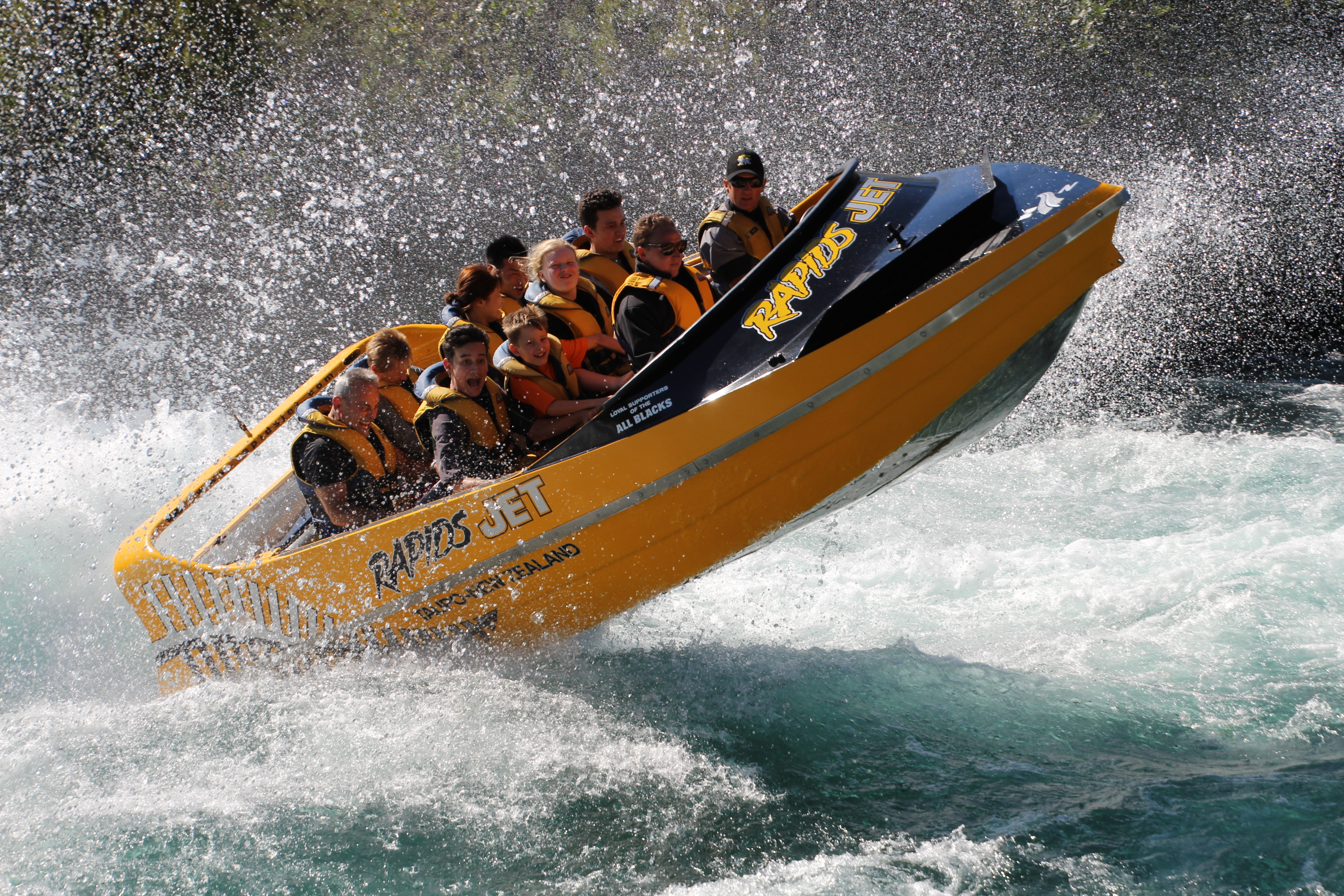 Looks like you guys had a great trip! Congrats.

Great report! Sounds like you guys had a blast!

Congrats on some nice trophies!

I have to offer you my congrats and admiration for taking the whole family on a trip like that. Looks like some nice animals were taken. Great job on getting the kids involved. They will remember it for their life. Well done sir. Bruce

Great report, very cool that the whole family got into some good animals. Congrats to all!

Congrats on the safari, looks like you guys had a great time as well!
John 3:16

Fantastic getting the whole family involved. Looks like all had a great time. Lots of awesome side trips to do in NZ. You certainly made the most of it. Congrats
R

Thanks everyone. Can't wait to get back down there. Daughter and I have a trip to Africa for 2019. Keep asking if she would like to go back to NZ instead. But has her heart set on Africa. We will get back down there in 4-5 years and hunt with the same guy again.

WOW! What a grand experience for the whole family! Good job!
I've only flown in and out of the north island, but spent 21 days bicycling around and across the South Island and Tasmania. Beautiful country! Super nice people!
Africa on my mind.

Congrats for a fantastic family experience !

Great report.
Thanks for sharing your family adventure.

That looks like such an amazing time! Were all your activities booked through the outfitter? Also.... You NEVER need to apologize for a detailed and long post about a family hunting trip! I'm kind of sad when they end honestly... Congratulations on a fantastic adventure!
"I am not a good shot, but I shoot often" - Theodore Roosevelt
R

ChrisG said:
That looks like such an amazing time! Were all your activities booked through the outfitter? Also.... You NEVER need to apologize for a detailed and long post about a family hunting trip! I'm kind of sad when they end honestly... Congratulations on a fantastic adventure!
Click to expand...

I had lived in New Zealand for a year 16 years ago. It helped as I knew of a lot of fun things to do while there. Was fun seeing it all through the kids eyes. Was sad leaving to come home. Wish we could have stayed longer. Can’t wait to get back down there to hunt some more

Do you miss it as much as JW`s fart?

Excellent and thank you for sharing your experiences.

What a grand trip and place to get to share with your family! They look so excited in every picture!
Africa on my mind.
R

sambarhunter said:
Do you miss it as much as JW`s fart?
Click to expand...

Those things were toxic.
You must log in or register to reply here.