Ann and I just got back from 19 days in New Zealand. Wow, what a country. The only place I can compare it to for scenery is Alaska. We had a great time touring before and after our hunt.

So, on our third day in camp I decided to go into the estate. We hiked up and down a steep alpine jungle mountain (man is that terrain tough) and had a really nice fallow buck at thirty yards but passed on him as I didn't want to mess up the stag hunt.

After two hours of hiking we came upon a stag at 50 yards through the brush to a meadow. He was looking right at us but couldn't figure out what we were with our camo on. After about half an hour of looking at us he turned away and bedded down. Now came the wait. 2 1/2 hours later he finally got up. That was some nerve racking wait wondering when the wind was going to change and whether he would bugger out of there.

Now, if he would feed away from us. Nope, he started feeding towards us, so we squatted back down to see what would happen. At 20 yards he stopped feeding and looked at us. Unfortunately his body was still covered by the brush. A few more steps and his body uncovered and he looked at us again. I shot the 7 mm and fell on my butt! Ann has video of me - I'll post it when I get a chance so you can all have good laugh.

The stag staggered back to where he had been bedded and fell. Wow, bow hunting with a rifle - I now get why you bow hunters like hunting close.

The next day we drove four hours down near Fox Glacier and picked up a helicopter ride into Tahr camp. As we approached camp we flew into clouds and fog. I thought we were going to fly into the mountain side and then there was the landing spot.

We had a lot of clouds Thursday afternoon and Friday. We could see for thirty minutes and then be socked in for an hour. Or, the clouds would drift in and out every ten or fifteen minutes. We could see the Tasman Sea from our camp when the clouds lifted. Who knows how many tahr moved by while we couldn't see. Also, Thursday afternoon we had another outfit's helicopter buzz through our area and sent the tahr to cover.

On Friday evening my guide and I finally started seeing some tahr. Young ones at first and then finally two mature ones. We tried a couple shots pushing 400+ yards and when they hit in the rocks at their feet we decided to close the distance. Nothing like going up hill 250 yards in ten minutes in steep terrain but we did it and found a really good rest and hiding place. The tahr had disappeared behind a ridge but some new bulls appeared higher up. I got settled at 286 meters (314 yards?) and one shot tumbled the tahr down the slope about 200 feet. Woohoo. Boy, do I like the illuminated reticle in the VX6.

By the time we packed up our gear we had to put on our headlamps to cross the slope. When we got near the tahr we could tell I had spined him and he was still alive. So we hustled up above him, put another shot in him. Then watched as he kicked and fell off that ledge and plunged another 150 feet down the slope and caught on a ledge.

After skinning him out and packing up, we pushed the rest of the carcass off that ledge. It kept rolling past where our headlamp lights could reach. We really felt lucky he caught on that ledge. Then it was time to get back to camp. We arrived about 9:30 pm and the other hunter had gotten his tahr too. Our wives were very happy to have us all back to camp safe.

Then the fun started. About midnight a big storm hit. We had gale force winds and over a half meter of rain from Friday night through Monday morning around 3 am. Fortunately it finally cleared and we were able to get off the mountain Monday morning around 7:30 am. We went into Franz Joseph, ate some breakfast and walked out of the cafe around 8:30. We looked up at the mountains and they were socked in with a new storm. Boy were we glad to be out of there. 2 1/2 days in a 2 man tent with that strong of winds and rain was not a pleasant time.

Sadly, Ann and I just saw on the news last night that a young woman from Ohio who attends college here in Florida died that same weekend while backpacking. She got caught in the same storm about 100 miles from where we were. It just reinforces how we all need to respect the weather and be prepared for anything in the mountains. 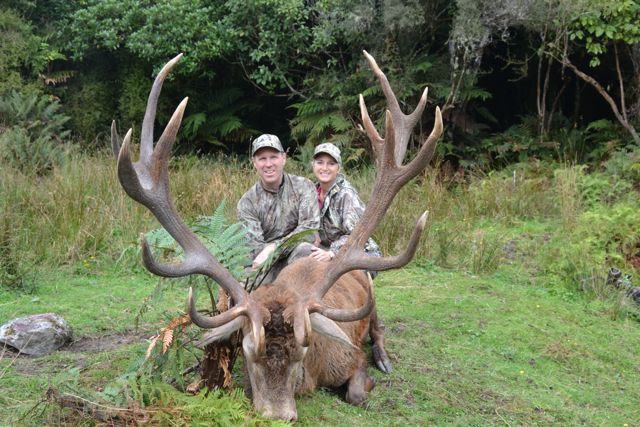 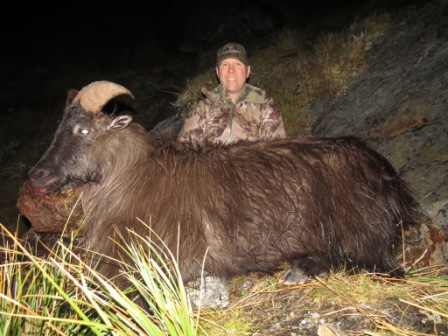 Awesome! What outfitter did you use?
Life is not a journey to the grave with the intention of arriving safely in a well preserved body, but rather to skid in broadside, thoroughly used up, totally worn out, and loudly proclaiming, “Wow what a ride!“

Were you able to wave at bluey?

thi9elsp said:
Then the fun started. About midnight a big storm hit. We had gale force winds and over a half meter of rain from Friday night through Monday morning around 3 am.
View attachment 41235 View attachment 41236
Click to expand...


You got two great looking animals John. Love the mass.

Thanks for sharing the hunt.

Thanks for the congrats. It was an amazing time.
We used Wilderness Quest New Zealand - I'll get a hunting report posted in the next couple weeks. If someone wants to PM in the mean time, I can share more details.
It is a three hour flight to Sidney, not sure my arms are long enough for bluey to see me!

thi9elsp said:
It is a three hour flight to Sidney, not sure my arms are long enough for bluey to see me!
Click to expand...

My comment was probably way to obscure. My fault.

bluey makes his living driving his ship around the Tasman Sea.

Wheels said:
My comment was probably way to obscure. My fault.

bluey makes his living driving his ship around the Tasman Sea.

We actually saw a ship near shore the first two nights with its rigging all lit up.

Well done - sounds like typical NZ weather!
He who adapts best is most successful

Glad you liked our we country , and it dosnt always rain here in kiwiland only when the gods are upset !
Or an Aussie arrives for a summer break !
My wife said if I carried on hunting she would leave me................... I really miss her !

Very good article, nice trophies and pictures. You did have a good hunting. congrats.
Witold

I envy you.
Witold

Congratulations on two nice looking trophies. I hunted NZ twice and it's one of my favorite countries. Just gorgeous. I hunted the franz Joseph glacier my first time there for Tahr and chamois. I hunted the North Island two years ago for stag and fallow deer. Love to go back again. 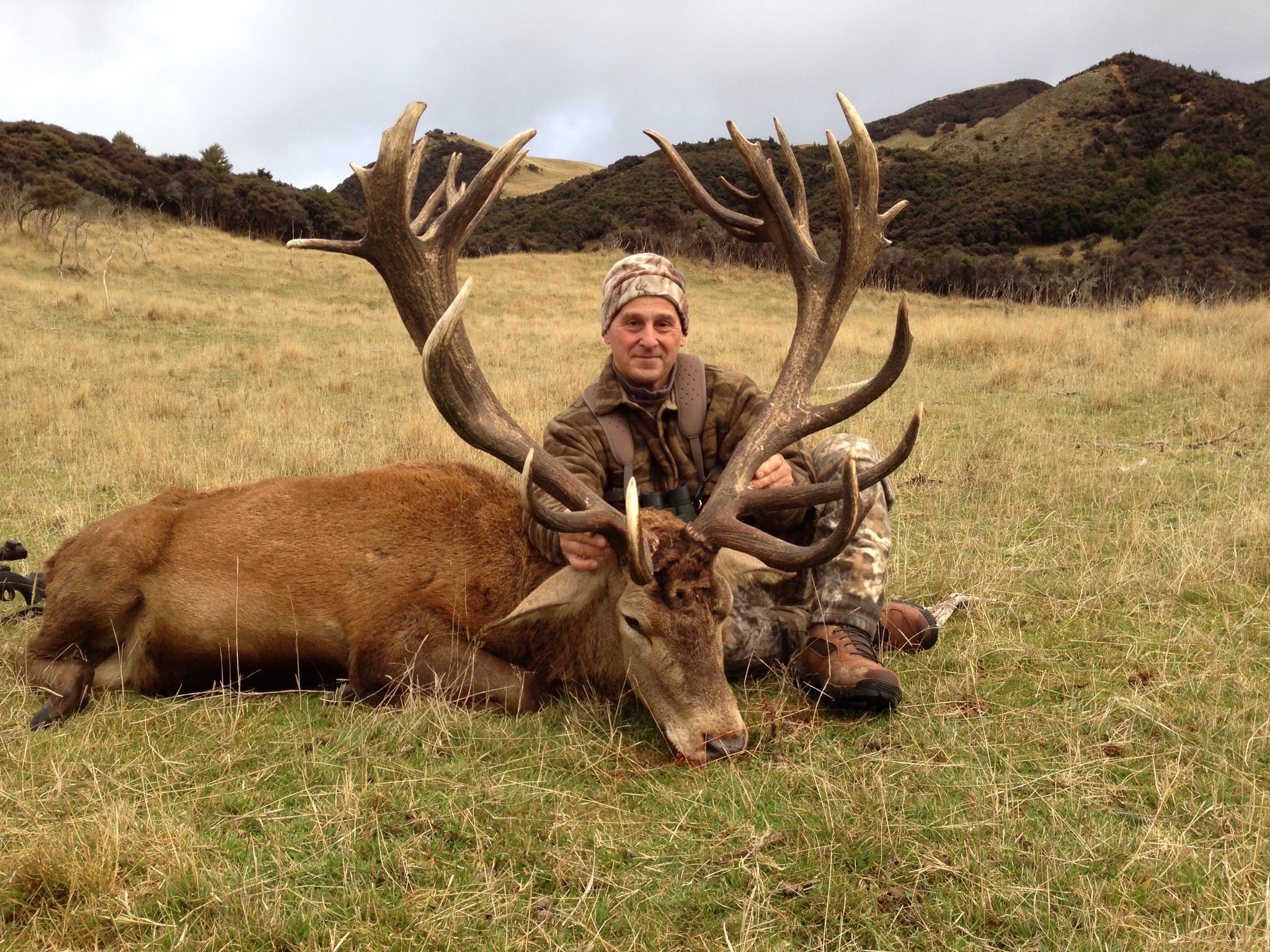 Tommorow is promised to no one. Go live your dreams.

Getting in close always winds you up.

Mountain hunting anywhere requires respect. Glad you made it out safe.

Thank you sir.
Tommorow is promised to no one. Go live your dreams.

Great report and trophies, thanks for posting.
Mike
D

fantastic!
You must log in or register to reply here.