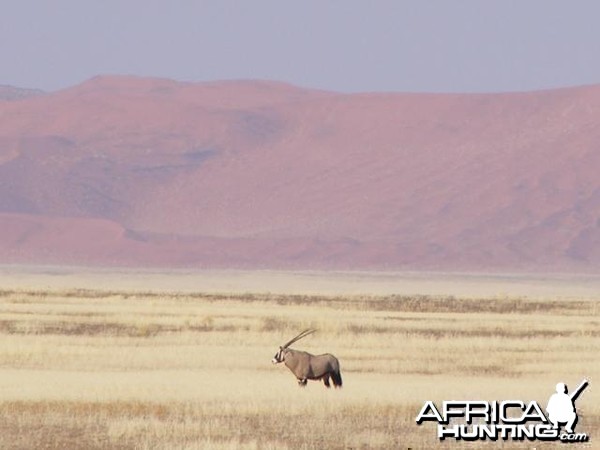 The old British Big game hunters, who set standards in many ways were very enthusiastic about the Somali Arid Zone and their beloved Somaliland and remote northern Kenya. These parts were said to be country for the real hunter who could appreciate something special. And the Somali Arid Zone, with species like Gerenuk, lesser Kudu and Grevy's Zebra, has very special game animals indeed. Yet the South-western counterpart of the Somali Arid Zone never was considered a really great hunting destination. Amongst international big game hunters Namibia is considered second rate. And we ourselves are responsible for Namibia's reputation of being a country just for the beginner. We seem not to be aware what a uniquely beautiful country we possess. We seem not to be aware of what grandeur Namibia's North-western regions with its desert elephant and black rhinoceros, of what singular beauty and vastness the Namib Desert and the Escarpment Mountains are. We seem to be unaware of the breathtaking scenery of Namibia's southern regions.

I don't want to speak about the Greater Kudu again. But it seems that many of us are not aware what unique species we posses in the gemsbok, the springbok and the Hartmann's zebra. And as we seem to be unaware of all this - out of a feeling of inferiority we try to emulate and copy other African countries. We try to offer attractive species. We offer waterbuck, blesbok, black wildebeest, sable and nyala. And thereby we spoil the unique flair of our country and we frighten away the real hunters, because they want to hunt these species where they belong. And there really is no need to offer many different species. Quality always is more important than quantity and our country offers all that quality if we are just aware of the hidden beauty and uniqueness of Namibia.

Some time ago I read in a hunting magazine the statement of a PH from southern Namibia, who claimed that southern Namibia has become more attractive to trophy hunters, because 11 species were introduced into an area, where formerly only springbok and gemsbok did occur. This really hurt me!

You must know that hunting springbok amongst the far horizons of southern Namibia is a soul-quenching experience to me. I know a huge, unfenced farm in the Great Namaqualand of southern Namibia. Every year I do some springbok hunting down there myself. Although I have done it for many years now, I return soul enriched time and again. The freedom of those vast horizons is absolutely unique. And although the midday sun is of murdering intensity, the morning air is of special crispness and the silence of late afternoon with its soft colours is simply appeasing. It is very difficult to describe the humble feeling of loneliness when stepping over a vast empty plain and hearing the ç”°hicke week call of Namaqua Sandgrouse flying overhead on their way to some remote little desert spring.

To bag an old male springbok in these coverless wastes, is one of the finest things hunting has to offer. When I see the springbok open its èŸronk for the last time just after death, I am struck with affection every time. And the strange smell that exudes from within that backfold is like a heavy desert perfume. I treat this place like a secret, but every year I take some clients, who can appreciate something special, to Great Namaqualand. And all of them agree to have seen a unique hunting area. Perhaps we should concentrate on the real thing and ask higher prices for it, instead of offering some kitsch!

I also know several PH's from the central or northern regions, who speed down southwards with two clients and return after a day or two with three or four Springbok shot, and thereby are able to offer more species. Certainly most of us are well organized and effective, but this is not what hunting is about. A hunt is not a thing to be hurried and an animal species is not something to be ticked off.

Every year I receive with a letter by some game dealer in which I am addressed as æººeneer, die Wildboer? Please do not understand me wrongly, but I almost feel insulted by this. I am not a wildboer, I am a hunter. And a hunter is a relict from a time when man was still living in harmony with nature, when man was part of nature. It was a time, when man treated his environment with respect. To me a wild animal is not a thing to be managed and handled and radio-collars hung around its neck. We don't own these animals. They are magnificent creatures, whichshould be left alone and admired in their secret ways. 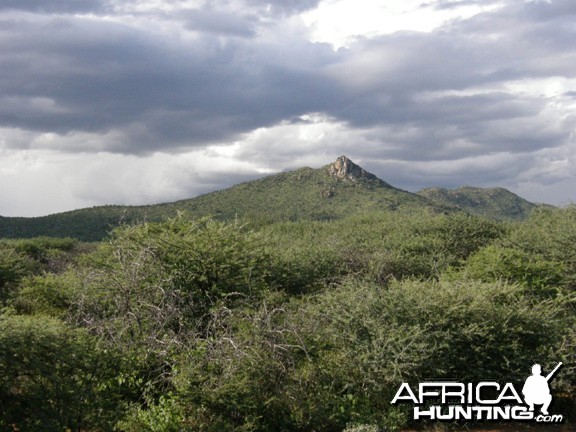 I sometimes wonder, whether we make such a poor show against the anti-hunters, because so few pure hunters are left. If I have to be placed in any other category apart from being a hunter, than that would be a conservationist nothing else. A hunter is a relict from a time when man was still living in harmony with nature. We have strong arguments when we purely argue the case of the hunter. There is a marked swing back towards nature. Peter Steyn once said that it almost seems as if man wishes to return to stir the ashes of the primordial fire in his heart. In a hunters heart this fire is still alive. We should make people aware of this fact.

I have once hunted buffalo in the cloud forest on Longido Mountain, on the border between Tanzania and Kenya. On one day I came up with the buffalo very late in the evening on the very peak of the mountain and was forced to spend the night there. I have spent many an uncomfortable night without a blanket in the open. That night on the misty, windswept mountain rim was miserable beyond words. But when I got up just before sunrise the next morning, I had a sight, which surpassed everything I have seen.

In the coolness of the night, the misty clouds had dropped perhaps a hundred meters below where I was standing and covered the world into all directions. Apart from the narrow ridge on which I was standing, only the distant peaks of Kilimanjaro and Mt Meru were visible above the clouds. In the
first light of sunrise, the distant mountain peaks were turned purple and the clouds into soft colours of pink with bluish ripples. Although I had not yet shaken off the miserable chill of the night, I no longer felt anything of it. It appeared like the first morning after the creation of the world.

That is, apart from the excitement of the chase itself, the main reason why I hunt. It allows me to get away from the idiotic hurry of this world. It allows me, to return to the primordial fire in my heart. And that is what hunting is all about. A PH should not be judged by the number of species he has to offer. We have nothing to offer in nature. It is not us who make this world turn. But since man was no longer happy to be a simple hunter and has started to manage and manipulate everything, we ruin this world. A hunter should step humbly and silently through nature. And if a PH is able to stir the ashes of the primordial fire in the heart of his client without shooting anything, than that is a good PH.
Last edited by a moderator: Dec 1, 2016
Gerhard R Damm
AFRICAN INDABA - Dedicated to the People & Wildlife of Africa
You must log in or register to reply here.

‘Hunting Preserves Habitat, Without It, We Won’t Have Any Wildlife Left’

Trophy Hunting The Purest & Most Original Form Of Ecotourism