(NAMIBIA) Fight On For Buffalo Farming

I went searching around for the topic of cape buffalo farming in Namiba, below red veterinary line.
Basically to understand why buffalo is not on offer on various game farms in Namibia, similar to South African model.

I found this article, and figured it might be of interest to forum members.

Fight on for buffalo farming 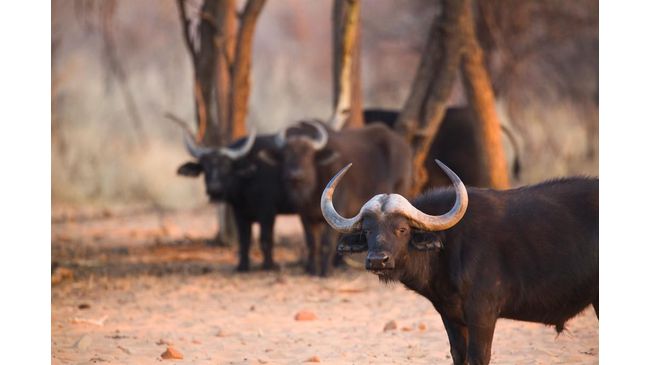 The Ministry of Agriculture, Water and Forestry says Namibia does not allow African buffalo outside proclaimed national parks, and therefore buffalo can only be sold for export purposes.

According to agriculture permanent secretary Percy Misika this is in line with the Animal Health Act 1 of 2011.

The agricultural ministry recently denied a request by Erindi Private Game Reserve to introduce buffalo and become the first ever big five reserve in Namibia. Currently, there is overpopulation of buffalo at the Waterberg National Park and grazing is under pressure due to drought.

Wildlife Ranching Namibia (WRN) said in a statement that in terms of current protocols, the entire Namibia, except for seven excluded areas, is a protected area. Therefore the buffalo sold by tender can only be moved to these excluded areas within Namibia or else exported. “That denies Namibian wildlife ranchers the opportunity to own and farm with Namibian buffalo.”

WRN said it supports the idea of creating other protected areas south of the veterinary cordon fence and has therefore tendered for the buffalo on behalf of its members. It has opted to support Erindi to apply for recognition as a further excluded area where buffalo may be kept. It said Erindi is an excellent stepping stone in WRN's quest to achieve commercial farming with buffalo, while also creating the first big five destination in Namibia. According to WRN the decision to support buffalo farming south of the red line was a scientific decision based on reputable and accepted research on FMD. “The fear that buffalo farming is a threat to cattle farming is a myth and totally unfounded. Cattle farming and disease-free buffalo farming can co-exist without any threats, provided protocol is followed. It is a reality that the wildlife and tourism industries are a larger contributor to the GDP than the livestock industry and therefore it is important to investigate the potential of disease-free buffalo farming without restrictions of pre-conceived ideas.” According to WRN the African buffalo is the single most economic viable wildlife species in Africa.

An international accredited audit firm has been appointed by WRN to make a comprehensive economic impact assessment of buffalo farming in Namibia, not only for game ranching but also for tourism. WRN has put in place and shall propose a very strict buffalo protocol. In spite of the normal control measurements set in place by the respective ministries, WRN envisages it to be self-regulatory to ensure the health status of the buffalo. A standard veterinary operating procedure for buffalo farming will be suggested by WRN to all potential buffalo farmers and relevant ministries.

WRN said it is of vital importance that all role players unite to strategise about the future of commercial farming in Namibia to the benefit to all.

A stakeholder's workshop for disease-free buffalo farming in Namibia will be held during October 2017 in collaboration with the environment ministry.

Namibia has a strict health protocol especially below the red line. Flying from Caprivi back to Windhoek you have to walk through a sanitizer bath for your shoes. They are recently approved to sell meat to the US and EU. They don’t want to lose this status just to have buffalo on a few game farms in the south. I’ve spent much time on sheep farms in the south and have seen firsthand how some of the regs work.
I do understand the argument however that they can be tested, quarantined, and kept in a game fenced ranch that can be fairly secure.

Interesting, namibia is definitely a leader in sustainable use conservation, but there are some laws/regulations which I consider odd, like how operating a vita dart rhino hunt is illegal in namibia although it has been proven a successful conservation tool and with namibia having a large white rhino population and the largest population of black rhino it could bring lots of conservation revenue.
Another odd regulation is that, in namibia it's illegal to bowhunt any of the big five which is possible in many other countries.

I’m sure this will be an unpopular opinion, but I hope it stays this way in Namibia. I don’t think buffalo should be farmed or ranched. If you go on a buffalo hunt in Namibia at the moment you can guarantee it’s a wild hunt, you don’t have the same guarantee in South Africa.
However, I don’t understand Namibia’s reasoning. Waterberg buffalo are isolated and disease free for decades. They capture them and sell them to South Africa but not inside their own country, doesn’t make a lot of sense.

If there is an overpopulation, I don't see a need to increase that population by farming buffalo. Let hunters regulate the wild herds. Trophy fees will do much to sustain the economy and the meat will help feed the locals. Mast hunters would much rather hunt a wild buf than a farmed one in a restricted area. That's like shooting cows in a pasture.
M

It is not always like that, as "shooting cows" on some of South African farms, as I understand. There are models established for good industry practice.
N

Many properties in Namibia are big enough to be almost free range. Obviously, an animal fenced in cannot be truly free range but it does allow Namibian game farmers another revenue source to keep hunting open and cheap.

I see that as positive. I think with full disclosure from farm operators, you know what you are paying for. If you prefer true free range then you find somewhere else. In my mind, wildlife needs to pay for itself or hunting is doomed. Anything that gives value to a buffalo instead of beef steers is a step in the right direction in my mind.
You must log in or register to reply here.

Namibian Farmers Say No To Buffaloes On Farms