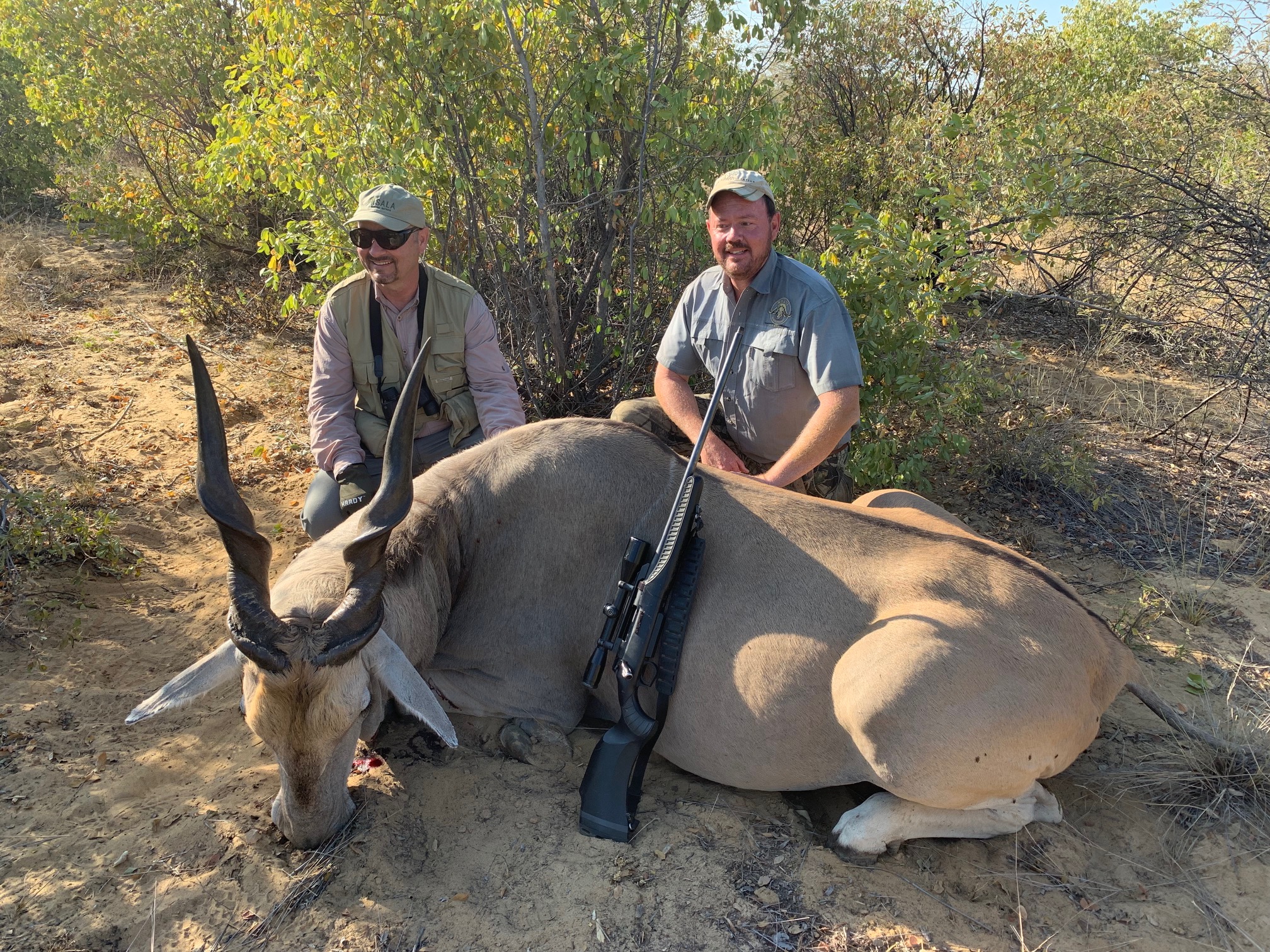 A brief note of my hunt with Elandpro in Namibia

After a very pleasant train trip to Victoria Falls, my wife and I traveled through The Caprivi (or whatever the current PC name is) into Namibia. She caught the last train for the coast, and I went hunting eland.

Namibia Safari Corporation (NSC) arranged the Namibian portion of our photo tour. They collected us in VF, and eventually dropped us off in Windhoek. As my wife went to the coast to continue clicking, Jaco Van De Merwe of NSC took me to Elandpro Safaris to hunt eland.

I made it clear to Jaco that I wanted to hunt near Grootfontein. Partly to see an area ofNamibia that I had not previously seen. But partly to hunt eland in a special way. Jaco said, “I know just the place”. He was spot on.

Gerrit and Makkie Breedt own and operate a family farm and hunting area they call Elandpro. They farm, and hunt other plains game and leopard as well. But I was there for onething only: the poor man’s LDE.

They drive the roads until the right track is cut. It has to be the right bull, in the right group, with the wind, sun and terrain favorable. There is a lot of skill involved in this track selection. The stalks themselves are quiet with only one or two people with the hunter. The foliage is thick, but not so much that walking is difficult. Most stalks don’t pan out, but one oftenhears them eating, or sees them first. Hopefully. A shifting breeze that touches your nape means they will wind you. Next you hear an 1800 pound bull or two thunder away.

A friend who has been Lord Derby hunting told me of his intense stalks. I was jealous, and still am. But my own stalks were also exciting, even the failed ones. When it all came together, we stalked into a semicircle of 7 bulls. I could not see any of them, but could hear them. Gerrit whispered to be ready. Was I ever. Shifting my feet a bit, I could see one head, then two. Both heavy mature bulls. I would have liked to have seen all of the bulls, but the wind was fickle, and like a school girl at a Joe Biden rally, I felt like at any moment it would be on my neck. I let drive at 35 yards, the tough 200 grain X bullet delivering 5000 joules to the base of the neck. My hunt cost 6% of my friend’s Giant Eland hunt.

A general word about Elandpro. Beautiful farm, well appointed and air conditioned guest rooms, fully stocked rondavell with drinks and snacks, and dinner with the family. It is the way I enjoy hunting the most. Not out of a lodge. The food was first rate, and I could not have been happier with the entire experience.

I hunted one extra day, looking for a super warthog. I saw many pigs, and abundant plains game. Also saw the largest blessie I have ever seen, and probably should have shot it.

Would I recommend Elandpro? In a minute. It is a great destination for plains game in general. Although I think “the poor man’s Lord Derby Eland” may not be the best hunt for thevery inexperienced or the elderly. It is too hard. They may want a lesser challenge, and Gerrit or Jaco can accommodate that need too. An Al Queda operative, imbedded deeply in the USA once said: (or so I have been told)

IT’S ALL ABOUT THE BENJAMINS, BABY

If you can afford to hunt Lord Derby Eland, by all means do it. I cannot. But this hunt was a damn close second. Eland are abundant and native to this area, and there are some real toads. Many even have the orange color or the striping somewhat like Livingstone or Lord Derby Eland. (perhaps they self identify as LDE, which is their right) Cutting a track in the sand, and following is a time proven African tradition. Spend 5-10% of the Giant Eland fees, and you willprobably....probably be able to find a use for the other 90%. If not, call me. 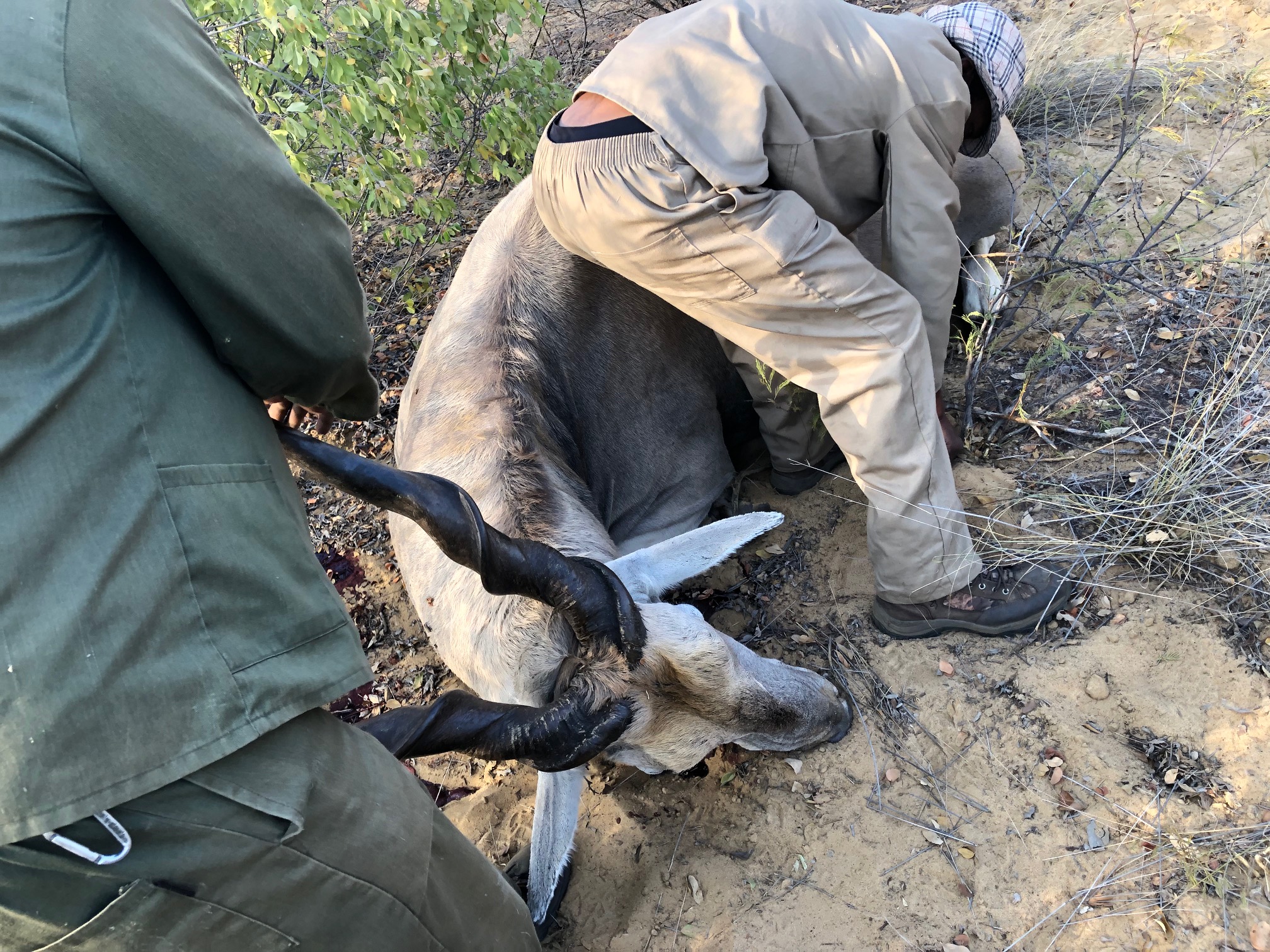 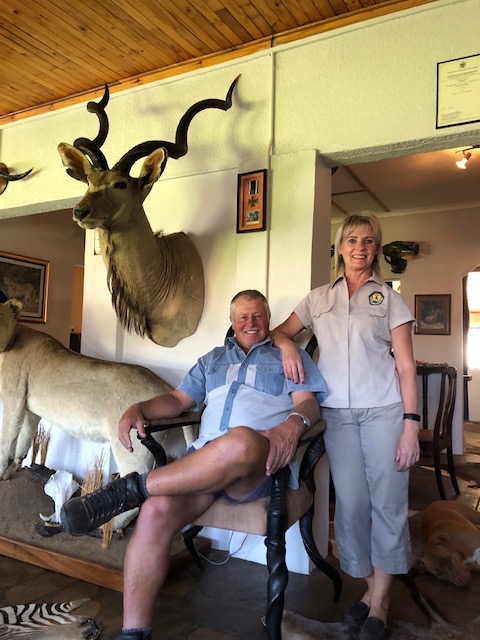 OK, FWB, you’ve convinced this elder he needs to try this. Nothing more fun than going for a challenge!
You young “whipper snapper”!
Last edited: Sep 2, 2019
Africa on my mind.
I

Great hunt and experience, congratulations! I like the way you hunt....

You did have a good hunting "Flatwater bill". Congrats.
Witold.

My boy and I hunted with them in '17 had a great time as well. They are fine hosts. Gerrit is a hoot! That's a fine looking eland you got too. My avatar pic is the bull I took with Gerrit.

Damn bill. I have eland on my list for June. And I have been avoiding looking at pictures of them otherwise I go down this rabbit hole of images lol. Now you got me on the wagon again hahaha.

Well done. Beauty of a eland.

I have an eland on the list for June as well. Ritter Safaris just a couple hours south of Grootfontein. I have seen eland on the two previous trips but has now made it to the top of the list.

Congrats on the eland and thanks for sharing!
John 3:16

Well done. That sounds like a great hunt. LDE is miles out of my range, too!

Hey FWB,
Great to see your report. Beautiful bull. Congrats on your hunt. We'll see if I get one in the next 2 weeks or so.....
Bruce

Wow, really nice Eland! Sounds like an incredible hunt.
NO. I'm not a good shot, but I shoot often. Teddy Roosevelt

NAMIBIA: Has Anyone Hunted With Elandpro Safaris?