The Namibian Association of Community Based Natural Resource Management (CBNRM) Support Organisations (NACSO) says it fully supports government’s decision to oppose any call to ban or restrict hunting or the exporting of wildlife products from Namibia. 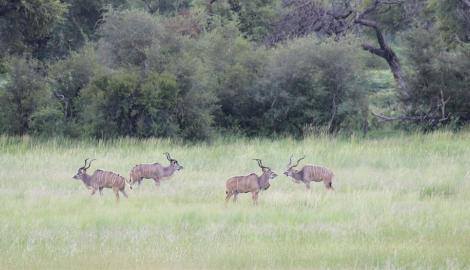 The Cabinet has directed the Ministry of Environment and Tourism to actively campaign against any attempt to ban or restrict hunting and the export of wildlife products from Namibia.
According to a press release issued by NACSO, Cabinet took note of a code of conduct for conservation hunting that is being developed and supported the efforts of the ministry to develop and intensify measures aimed at stopping wildlife crime.
NACSO and its members, which include Integrated Rural Development and Nature Conservation (IRDNC), the Namibia Nature Foundation (NNF) and the Namibia Development Trust (NDT), work together with communal conservancies to promote the development of rural communities based upon the principles of sustainable wildlife utilisation.
These include the conservation of wildlife for photographic tourism as well as conservation hunting of selected animals.
Through its Natural Resources Working Group, NACSO notes that without hunting, conservation would be closed in many communal conservancies which do not have tourism potential and which depend for their income, on the hunting of selected animals for trophies.
According to NACSO, conservancy income is used to pay game guards who conduct anti-poaching patrols and to provide benefits to conservancy members, thus uplifting living standards in poorer rural communities.
In supporting the Cabinet decision, NACSO notes that animals are selected for hunting based upon quotas set by the ministry, which are agreed upon following extensive annual game counts, and that wildlife numbers have increased in Namibia as a result of community-based conservation.
A ban on the importation of trophies to the USA and European Union countries would result in a radical decline of hunters visiting Namibia, with a comparable decline in income to conservancies and their members, which in turn is likely to lead to an increase in wildlife crime.
NACSO therefore fully supports the sustainable use of wildlife under legally enforced and controlled conditions, and wishes to bring to the attention of the international community that most conservancy committees with which it works, as well as ordinary conservancy members, are strongly against any ban on conservation hunting.
STAFF REPORTER