Does anybody here have any firsthand experience with the Mossberg Patriot in .375 Ruger? Note; I would not be using this rifle for dangerous game. I will use it for bear and hogs at home, as well as larger plains game once I get a chance to go to Africa, and as a range toy.

And no, the irony of buying a $100 box of ammo for a $400 rifle isn’t lost on me. But all of us have budgets and I think the Patriot at least seems to be a solid enough rifle for what I’d use it for.

Jake - I am a SAKO guy through and through, HOWEVER, if it wasn't a SAKO, it's be a Mossberg. I used to gunsmith and have quite a bit of experience with many different firearms, brands, calibers, etc, and the Mossberg bolt action centerfire rifles are very solid, very well made, accurate and dependable. No plastic (not that I recall) just a solid rifle. Accuracy is what you'd get from any other brand, really (except TIKKA - they just shoot them in the same hole consistently) Accurate, dependable, good price, what's not to like??
BTW, I keep toying with the idea of getting an older ATR 100 model (pre- Patriot model) and building either a 358 WIN or 338 FED - yeah, they're that good.

Now, Mossberg rimfires I just don't care for the newer ones....

@shawn54 has a mossberg patriot in 375 I am pretty sure. All reports he has given on the rifle have been favorable if I recall correctly.

@Shawn.54 shoots and reloads for a Mossberg in 375 Ruger.

A couple of reviews on the Mossberg:

I believe @Shawn.54 has or had one. He should be able to give you his thoughts but from what I have read, it is a fully functional medium bore. I will say that nothing hammers a bear like a .375. I feel it is the perfect caliber for potentially dangerous NA Carnivores. The bullets open up quick due their speed and they are moving fast enough to shoot flat. The bear in my Avatar was taken with a Winchester M70 in .375 H&H loaded with a 300 grain Hornady RNSP at around 2550 fps. He didn't go anywhere.
"I am not a good shot, but I shoot often" - Theodore Roosevelt

Yes I have the Patriot in 375 Ruger and I love it it is accurate functional and fun to shoot.
Now saying that I did make a couple changes.
First as you can see mine is a synthetic stock and without scope weight is 6.9 pounds. Was not to bad to shoot off hand but was a handful off the bench so I made a weight for in the stock that screws in to the factory recoil pad holes then I put a limb saver slip on pad on. It’s not the best looking pad but it does the job.
Also my first trip to the range I used a cheap set of scope rings which were destroyed by recoil which also destroyed factory bases a set of Tally Light Weights cured that problem.

When I got this rifle I would have been happy with 2” group at 100 yards the first 5 shot group started with 1 round hitting high about 9” made an adjustment and fired last 4 that is target in pic. The scope was bore sighted and that was first group. After I shot this group it was time to work on a load.
Ended up with a 200gr GS Customs HV at 3213 FPS and when I did my job it would print a clover leaf.
I always considered this rifle a medium range shooter well in a year that the deer where avoiding me like the plague the only shot I had was 427 yards and I was way off on my estimate it took me 4 shots to get range right with first two shots aimed slightly high on shoulder hitting under I was thinking range was 250-275
Third shot was with cross hair level with back still low. Forth shot was level with bottom of the ears and hit dead center of shoulder blade I have since gotten a range finder and made a brass plate with bullet drop chart on it.
The accuracy is there at least in mine the only feeding issue I had was from the spare magazine I got would throw second cartridge out of the action I opened up both and compared them. The spare had way more spring in it I trimmed it to same length as the other problem solved.
I have a medium bore that is functional accurate and less than $700 in rifle, scope, dies, powder, brass, and bullets.
Is it going to be a rifle that I can sale for profit no will it do it’s job as a hunting rifle yes.
Shawn 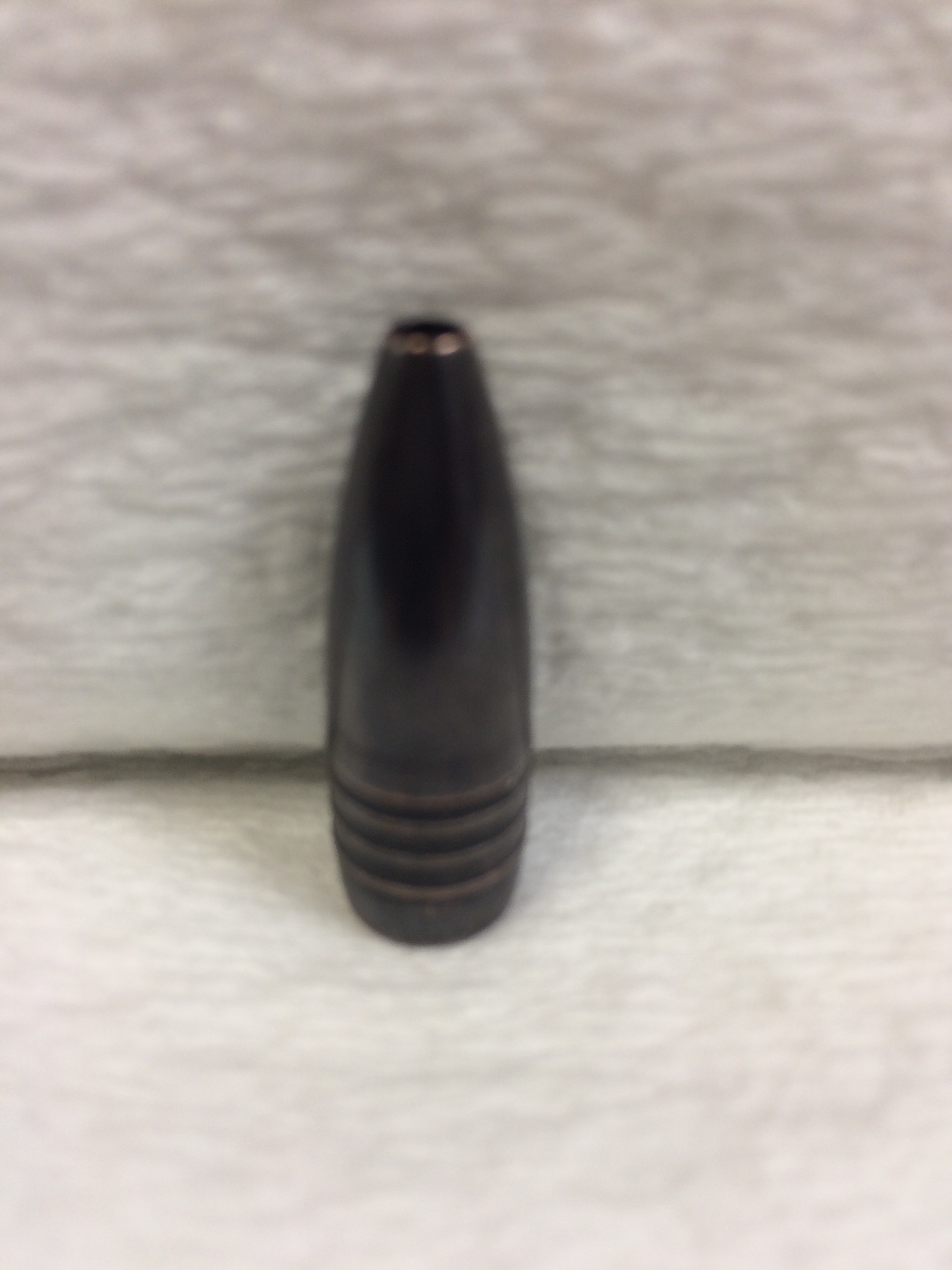 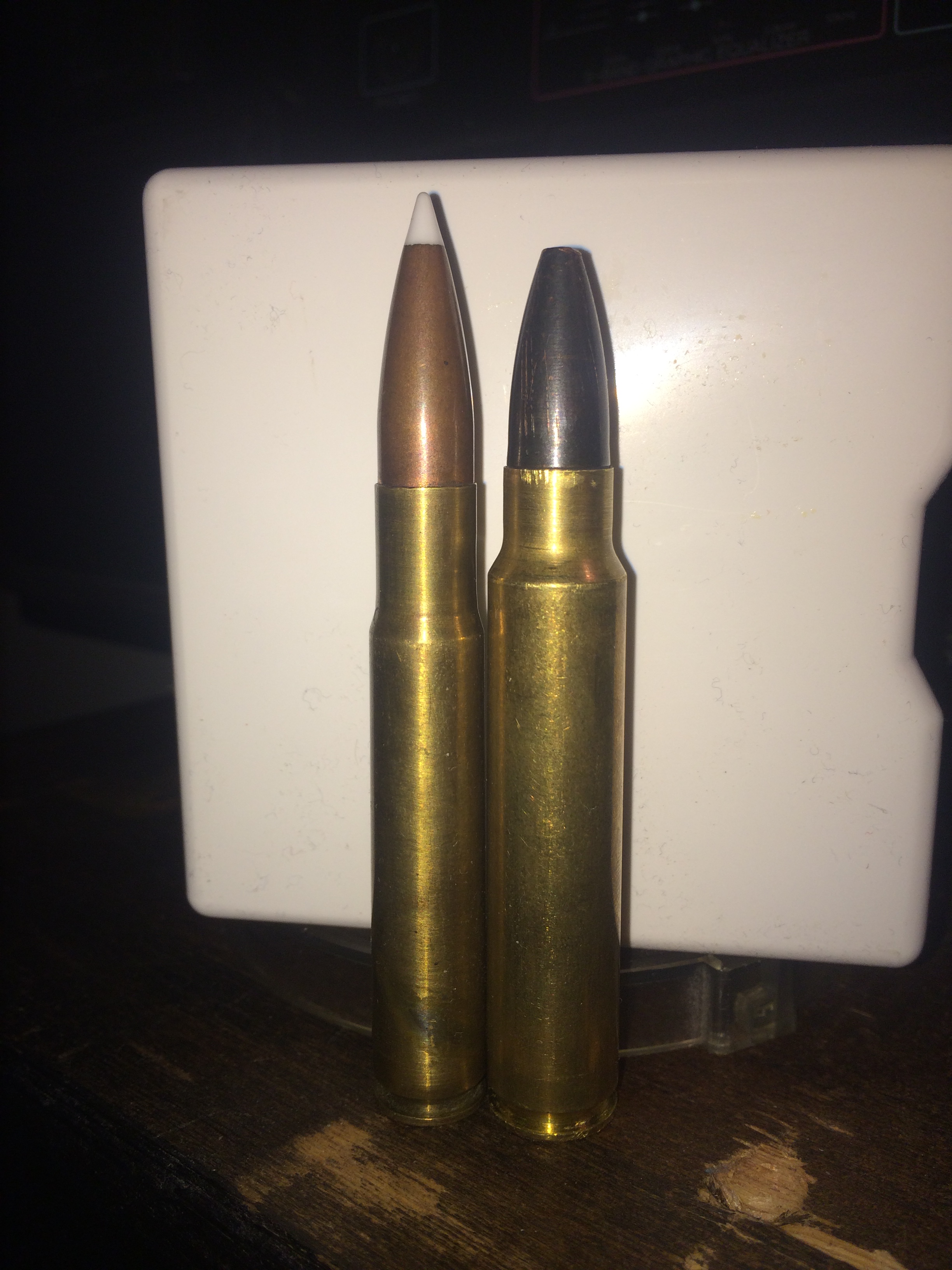 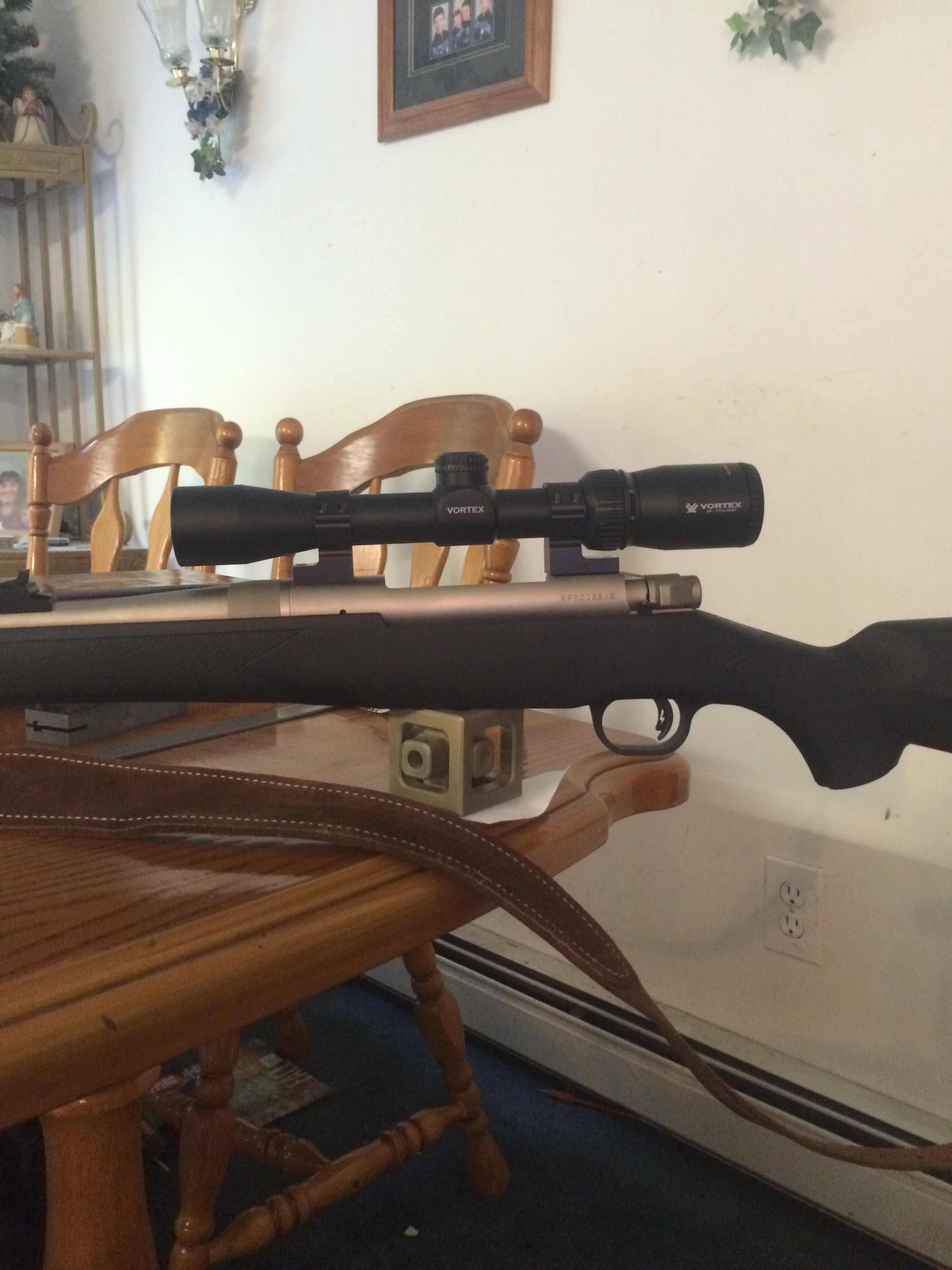 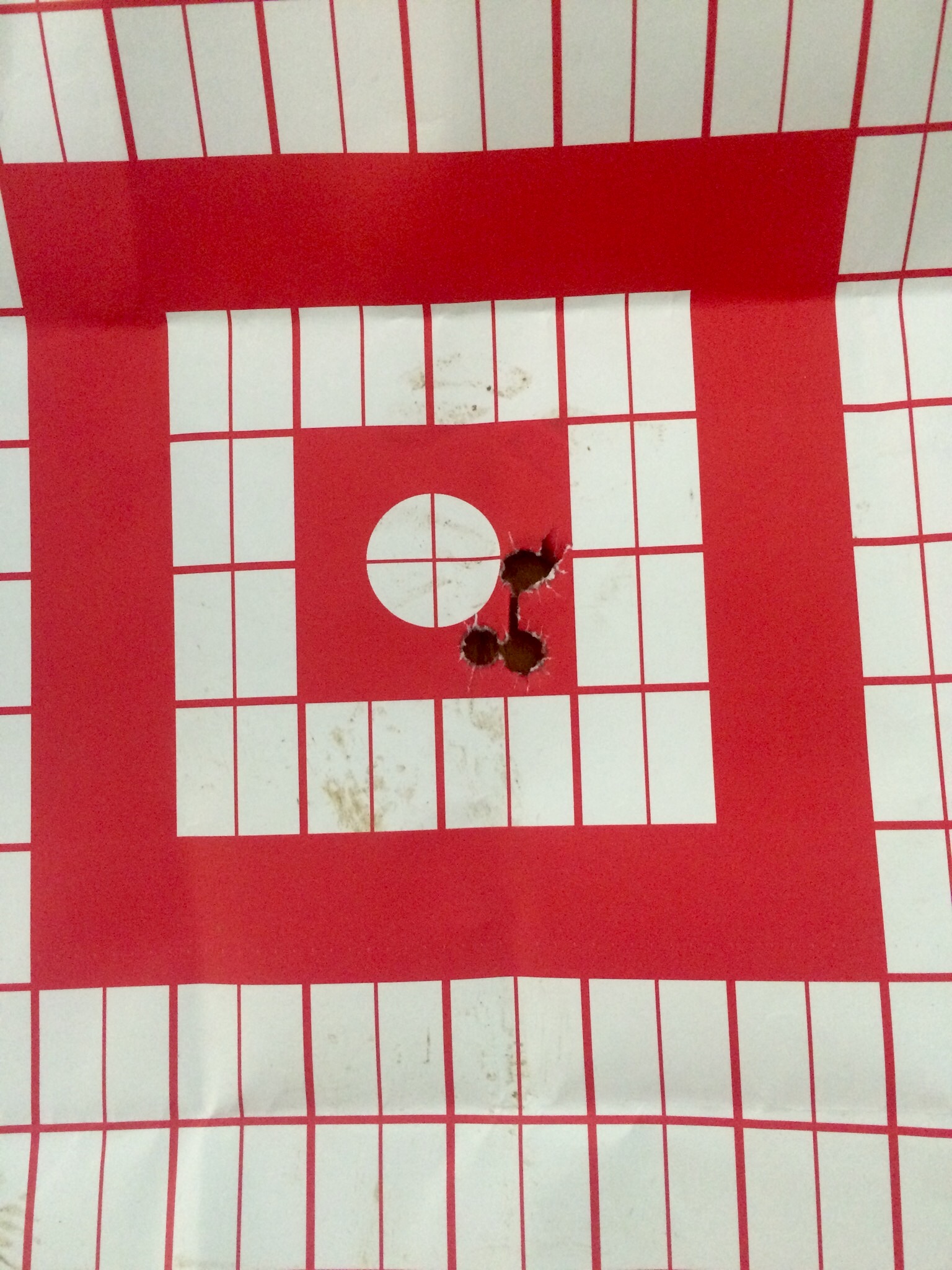 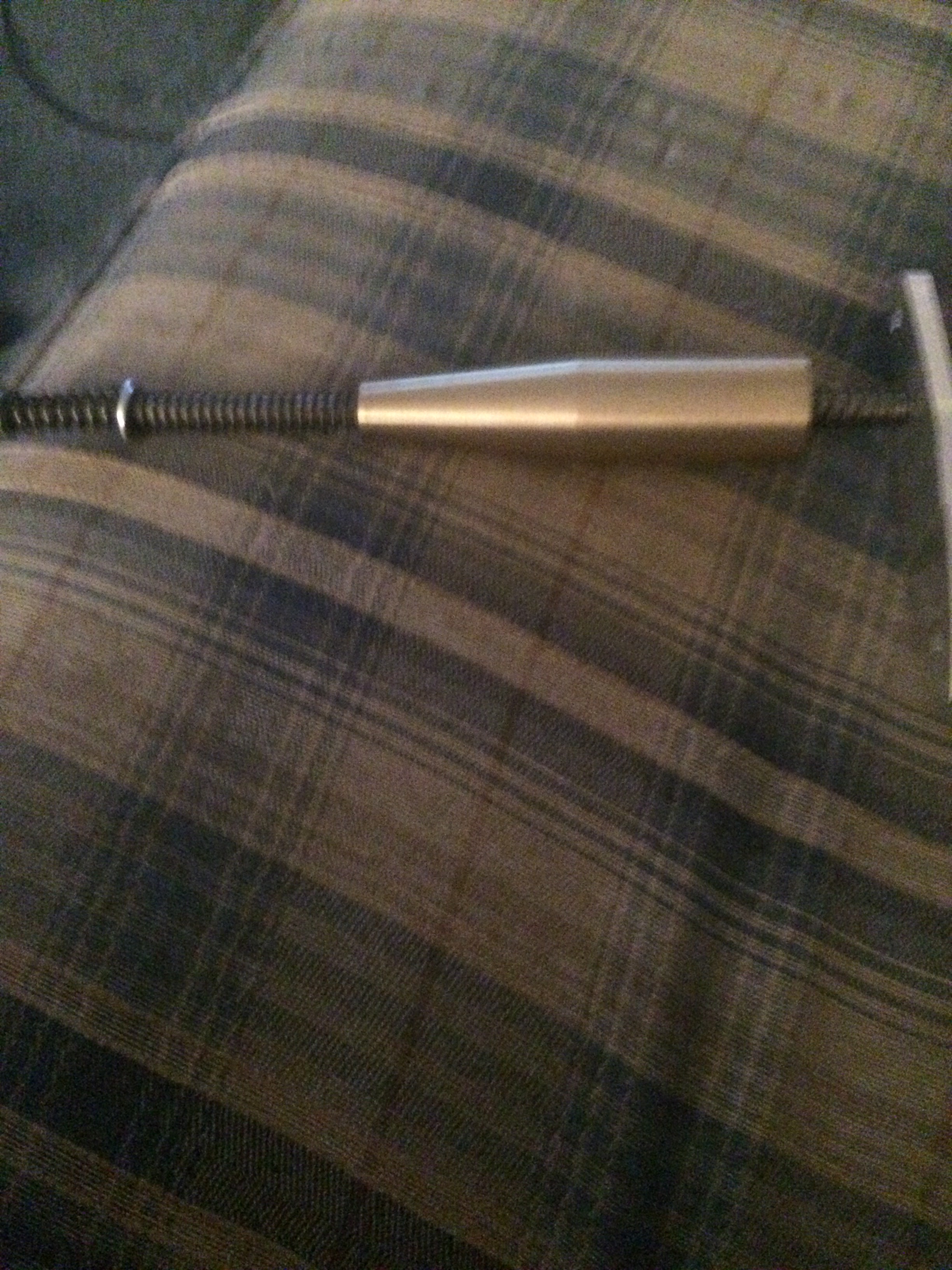 Shawn.54 said:
Is it going to be a rifle that I can sale for profit no will it do it’s job as a hunting rifle yes.
Click to expand...

That’s all I can ask for; affordable, reliable, and accurate. While I would love and will one day end up with a much nicer rifle, this is what is in my “two kids in daycare” budget.

I can't say much about about 375 Ruger. I can only offer my Experience with the 6.5 Creedmoor
Be Yourself Everyone Else Is Taken

Jake, Don't think of it as a compromise or a substitute - it's a working rifle at a working man's price - too often overlooked because it's not a Winchester or Remington or even Savage. They are GREAT guns, the 375 is a hard thumper for American standards, you can LEGALLY hunt anything on the earth with it - don't make excuses, save the $$$ and make memories...

Hickok45 did a video on the Mossberg Patriot in 270. The high def video that Hickok has gone to is pretty dare good. For a non-hunter, Hickok does some pretty good off hand shooting.

I hunt bear and deer in some very thick brush that sometimes I get down on all 4 and drag my rifle by the strap. I would hate to do that with a fancy wood stock and fine finish.
Shawn

The Wood is decent but not all that Fancy

Shawn.54 said:
I hunt bear and deer in some very thick brush that sometimes I get down on all 4 and drag my rifle by the strap. I would hate to do that with a fancy wood stock and fine finish.
Shawn
Click to expand...

What bases did you find that fit the Mossy? I’m partial to Leupold but haven’t found a match yet.

Any base that fits Remington 700 will fit the Patriot I was happy to learn that.
Shawn

Really the one bummer thing is if you want iron sights, you need to install them yourself.
"I am not a good shot, but I shoot often" - Theodore Roosevelt

I believe that all the 375 sub models come with open sights I know mine did.
Shawn

Shawn.54 said:
Any base that fits Remington 700 will fit the Patriot I was happy to learn that.
Shawn
Click to expand...

Oh man, that’s great news. I’m already planning my setup out. Looks like it’ll be the walnut Patriot .375 Ruger with either a Pachmayr or Limbsaver pad added to it. For optics I’ll have a Leupold VX-Freedom 1.5-4x20mm in Leupold bases and rings.


ChrisG said:
Really the one bummer thing is if you want iron sights, you need to install them yourself.
Click to expand...

JakeH do you reload or do you plan to use factory ammo?
Shawn
Last edited: Jun 9, 2018

Shawn.54 said:
JackH do you reload or do you plan to use factory ammo?
Shawn
Click to expand...

I do not reload, not yet anyway. Have the interest but haven’t had the opportunity to start yet. Figured for a factory load I’d go with the Hornady Superformance 250gr GMX, as that would push my MPBR out to near 300yds.

Reloading makes the 375 Ruger affordable and you don’t need a big budget to do it.
All I have used was a Lee Kit that I got for around $100 20 years ago planned to replace it with better equipment but see no reason it works great.
Shawn
You must log in or register to reply here.