As I gaze out the window of my East Georgia home, I notice the movement of Whitetail Deer roaming about the back yard. The water oak acorns are beginning to fall, and two small fawns are feeding beside their mama in a ritual that has gone on for untold years.

The rut has just begun, but no bucks have shown up as of yet. So....it's about time I pull out my old 06 and take to the woods. I'll admit that it's a futile attempt to TRY to gain back some of what I left behind a few short months ago. Try to replace the excitement of shooting Black Death in a distant land. But I know I'll never be able to replace it. Not in my mind anyway. Africa has it's hold on me. I must return. I will return.

Africa, for years, has held a special place in the back of my mind. It was all but an unobtainable dream for most of those years. Sure, I could buy rifles that were fitting for the task, but Whitetails don't require 500 Grain solids, and wild hogs offer only a slightly more worthy opponent. So, for the most part, I was just a dreamer.

The guilty party in all of this goes or went by the name of Taylor, Ruark, Capstick, Seyfried, Boddington, and in no small part Sullivan. For it was these men that were living MY dream! How dare them flaunt it in my face! Didn't they know that a poor kid like myself could never afford to hunt the Zambezi Valley, or the Selous Game Reserve???

Well, time has a way of moving on, and as I grew older, I moved my way up into a decent paying job. I wasn't getting rich by any means, but now I could at least see some light at the end of the tunnel.
Then something special happened one day. My friend at the local gun store called me and said they had a like new Ruger No 1 in the mighty 458 Winchester Magnum! The price was a handsome $525.00. Cheap by today's standards, but merely affordable in those days. So I set out on my journey of African caliber rifles.

I'll never forget the first time I pulled the trigger on that beast! The Hornady Heavy Magnum ammo claimed a whopping 2260 fps with a 500 grain solid! How would I survive?
The first round was placed neatly in the center of a very large pine tree. Recoil was stiff, but nothing like I had anticipated! I wondered how far it penetrated into the tree. Probably at least 6 inches, right? But, a walk around to the backside of the tree revealed a complete pass through!!! I was hooked.

I was quite content with the 458 for awhile, but read more and more about the greatness of a well known medium bore known as the 375 H&H Magnum. I was able to find a box of ammo at the same gun store where I bought my Ruger 458, but no one had a rifle in 375 Caliber. After one look at those long slender cartridges, it had me thinking....Now this looks like a hunting caliber! So without owning a rifle in that caliber, I bought that box of ammo. A very backwards approach, but an approach no less. I would own a 375!

Many years have passed since that day. And many rifles have passed through my hands since then as well. 9.3, 375, 416, 458, and 470 caliber rifles have been my main focus. (Need to add a 404 one day). But what's the point in owning all of these big rifles if you don't hunt with them? Right? I had to make a plan to get to Africa.

More years passed, more money was saved. All Debt was paid off. Mortgage was paid off. And besides my gun habit, I live a relatively meager existence. (Not counting a healthy liking of ladies and booze). And THIS is how one affords to go to Africa. No need for your own private jet. No need for a high rise Pentouse in Manhattan. Just hard work, and the discipline to save money, while paying off all or most of your debt. Then you can afford to do whatever you want! (I've managed to stay wifeless as well) but that's another story. And a key element of the above plan! Don't buy the cow! Get that milk for free!!!

After all has been said and done, I've been fortunate enought to visit Alaska on three different occasions, in pursuit of Brown and Black Bear. One trip to Australia in pursuit of Asiatic Water Buffalo., and two trips to Africa. The African adventures included two Cape Buffalo, a Lioness, and many head of Plains game.

A campfire awaits us in Africa. I feel like I'm running late.

Perfectly written! That’s how it is.
S

Well done. Thanks for getting it on paper.
GA Hunter 2/2/2019: "....tell your outfitter and PH that a big kudu would mean a lot. Then go enjoy yourself and take what the bush offers."

"A campfire awaits us in Africa. I feel like I'm running late." 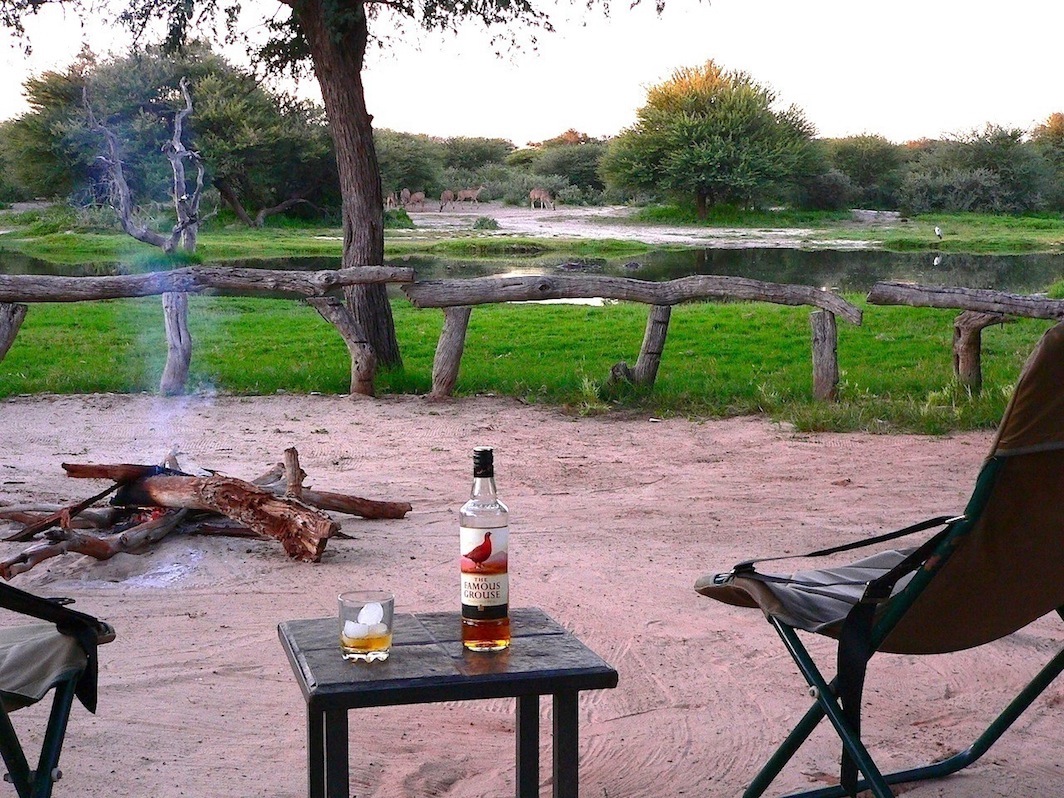 Thanks, I know that feeling.

BenKK said:
Perfectly written! That’s how it is.
Click to expand...

i couldnt of expressed it better.
U

Why do I find myself circling Toby like a vulture, waiting for his next rifle stable adjustment? LOL!!!!

I haven't even been to Africa for hunting yet! (Just the armpit Djibouti for Uncle Sam)

My thoughts exactly. Now you got me itching to go back again.

Newboomer said:
My thoughts exactly. Now you got me itching to go back again.
Click to expand...

Sometimes I wonder if the buffalo are thinking about me too! Lol
"Montana seems to be what a small boy would think Texas is like from hearing Texans" John Steinbeck

What was your favorite African animal to hunt?

I return to Namibia in June...
M

Thank you Toby458, that's the exact reason and way I booked a big time (21 day) 4th return summer 2020. Umlilo and Francois here I come. Your thoughts on the how and "significant other" are bang on and same as mine. Thanks for the post.

I'm already missing it and I haven't even gotten there yet. You guys suck. Lol
18 months and counting until first arrival.
Echoing similar statements I'm recently currently single and nearly without debt saving everything I make to pay the way for my son and I.
I've shared campfires in many places though and looking forward to this one the most

Well put, though it took a long time for me to get there it was worth the wait.

Very well said Toby! I am missing it really bad myself. Wish I had found this site sooner and went sooner. Two trips in two years and 212 days till trip 3. Somehow, someway I will make a yearly adventure to Africa as long as health holds up.

What was your favorite African animal to hunt?

I return to Namibia in June...
Click to expand...

Cape Buffalo and Lioness were my favorite.

Toby you captured the thoughts that many of us have, I can close my eyes and hear the sounds and smells and looking forward to the next time my boots are on the ground. Africa bug has bitten most of us hard To many more campfires with friends on safari.
You must log in or register to reply here.
Share:
Facebook Twitter Reddit Pinterest Tumblr WhatsApp Email Link