On Friday evening, those Members of Congress present at the Convention were introduced on stage during a widely attended banquet. SCI personally recognized each of these individuals for their staunch advocacy and defense of our hunting heritage. That same night, Senator Steve Daines (R-MT) accepted SCI’s Federal Legislator of the Year award. SCI recognized Senator Daines for his dedication to protecting and preserving our hunting heritage through wildlife conservation, education, and legislative efforts. 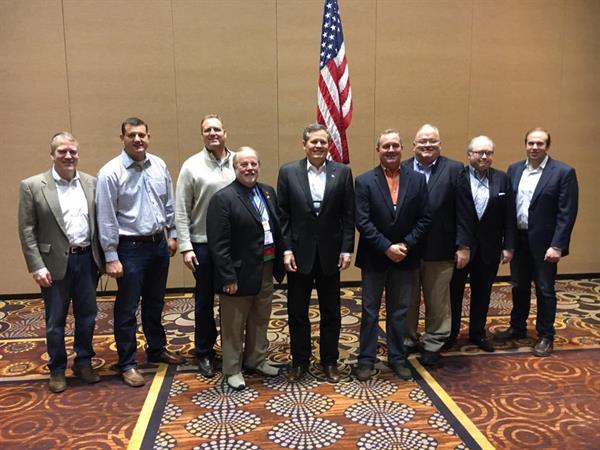 It's good to hear that these fine folks attended.

Wow, nice to know! Thanks for sharing
John 3:16

Not One Democrat
Be Yourself Everyone Else Is Taken

Hard not to notice that.
You must log in or register to reply here.

More than 20,000 Members were able to Chase The Adventure at the 46th Annual SCI Hunters’ Convention