Lucky Charm or a Huge Coincidence

Ten years ago, I had never heard of AfricaHunting.com or really knew any of the members of this forum. Back then I had only hunted in Africa once, and I had been on two Canadian hunts. Most of my hunting had been DIY and local, so the only other hunters that I knew were my little circle of friends at home, and I really didn't know any world hunters.

A few days ago, I was browsing AH on my Surface Tablet, and I happened to click on the "Notable Members" tab. To my surprise, the only two hunters that I know on AH (other than Simon and Martin, the Professional Hunters of Traditional Mozambique Safaris that I just hunted with) are the two top names on this list ... BRICKBURN and enysse. And I not only have hunted with them, but when I did hunt with them, they each shot a record book animal.

In 2004 I booked a fall caribou and musk ox hunt with Bekere Lake Outfitters out of Inuvik, Northwest Territories, Canada. When we boarded the Twin Otter that flew us to camp, I met the three other hunters that would be in camp with me. Two of them were from Great Falls, Montana, and other was a young man from Wisconsin named Eric who I later found out is enysse who is the number two poster here on AH. There were two hunters per guide on that hunt, and Eric and I were paired with our guide, Jonah.

We were each allowed to shoot two caribou on that hunt, and by the second or third morning, three of us had shot one or two bulls. I remember as we left camp that morning, Eric seemed a little gloomy, I think because he was the only one that had not shot a caribou.

Our guide took us to the top of several hills where we could glass for traveling caribou. It was from the top of one of those hills that we spotted a good bull traveling through the timber below us. Eric and I each headed down the hill on slightly different paths, but in the direction where we thought the bull was going.

I had gone a couple of hundred yards down through the timber when I came to an open meadow that the bull had just entered. He was a great bull with long and wide main beams, palmated tops with long points, long bezes with multiple points on each, and a large shovel. He was about 50 yards away from me, walking across the meadow and he hadn't seen me.

I wasn't sure where Eric was and I felt a little bad that he was the only one that hadn't shot a bull, so I thought to myself that I would let this bull cross the meadow, and then if Eric didn't see and shoot him, I would shoot him just before the entered the timber on the far side of the meadow. Unfortunately for me, Eric did see the bull before he crossed the meadow, and dropped him with one well placed shot.

I think that all four of us shot bulls that week that exceeded the Boone & Crockett minimum record book scores, but this bull that Eric shot had by far the largest antlers.

Two months ago the only thing that I knew about BRICKBURN was that he is the Super Moderator on this forum. About that time, Simon Leach of Traditional Mozambique Safaris advertised leopard and sable hunts with chances of some other plains game animals at his concession in northern Mozambique. When I contacted Simon about this hunt, he told me that Wayne (BRICKBURN) would be in camp hunting sable at the same time that I had available for a leopard hunt. So I contacted Wayne to see if it would be OK with him if I came to that camp at the same time that he would be there. He replied that it would be OK, so I arranged my schedule so that we would travel from Johannesburg to camp together.

It turned out that Wayne would only be in camp for a week, and that he was going to try to shoot his sable with his bow so he left his rifle in Joburg. Only the sable didn't cooperate, and were too skittish to let Wayne get within bow range of them.

Simon had a .375 H&H rifle in camp that Wayne tried to use, but after seeing several good sable bulls at long ranges, Wayne said he wasn't comfortable in taking a long shot with that rifle. So when Wayne got down to the last day and a half of his hunt, I told him that he could use my .300 Weatherby. I didn't have to twist his arm too hard for him to agree, so then after a few dry fire shots we were off for an evening sable hunt.

A half hour out of camp we found a herd of sable with at least one very good bull and the second stalk ended with Wayne putting a 168 grain Barnes TTSX bullet through the shoulder and heart of a very heavy horned Roosevelt Sable bull that had almost 7" more horn than the minimum length required for the Roland Ward Record Book.

I can vouch for Kurt right now. Take him along with you or let him take you along.
Which ever. 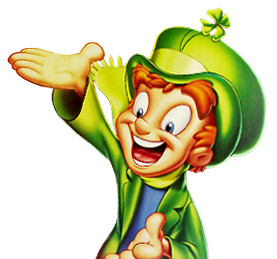 If he'll let you borrow that Weatherby take it.
I had zero doubts about the rifle Kurt built when I witnessed the practice target he shot in Moz. He split the vertical line on the target, with two different bullet types. I mean half a moon on either side of the line at 100 yards.
S

Kurt, can you wash dishes???
K

Great story, it may be coincidence, maybe luck. but it's a great outcome either way. Forrest
S

@buffybr , we ready for your measurements...

Buffybr, let me know when you want to hunt together, I want to shoot some record book animals, haha. That's a cool story!

Simon told me he has never laughed as hard in a camp as he did with the two of you!
HUNTERS make importation bans work!

I would hunt with you any day Kurt! That caribou hunt was about 11 years ago at this same time. I mentioned it to a friend this week. Still one of my favorite trips of all time. Don't worry Bob went back in 2005 and knocked over 2 bigger than mine, still I like both caribou I have from that trip and can't bring myself to ever try again. Honestly it was a amazing trip. You got that muskox, I don't know if I'll ever go back for one.

You just have good karma

@Nyati , I agree, it's the outfit you book with.... couldn't resist comment.
S

Kurt, give me the first six numbers that come to your mind.....

That's only one number.

BRICKBURN said:
That's only one number.
Click to expand...

And I had to put up with this for a week in Mozambique...

I'm glad buffbr and Brickburn hunt along the Rocky Mountains, you have a lot of choices to hunt. I don't even have a local place to hunt in Wisconsin anymore and I don't have the time and energy to put into public land hunting.

I did get a new job this week and will be going back to college for awhile yet. I'm happy about all I have accomplished in the world. I'm sure I'll be back to Africa at some point to press my luck again. And if I don't like the way things are going after awhile at my new job, I'll probably pick up and move out West to hunt elk, antelope and mule deer as a resident.
S

@buffybr , Kurt I know the feeling...

buffybr said:
And I had to put up with this for a week in Mozambique...
Click to expand...