Please read the entire post before you decide to yell at me about RSA lion and yes I have hunted both wild and raised lion.

Lion hunting is a touchy subject, there are a ton of unscrupulous safari companies shooting big cats in little pens, this is a fact. But, pen raised lions are necessary evil in our times. The wild lion population cannot sustain the number of hunters that would like to hunt and take one. Much like wild pheasant and quail populations are sustained by put and take bird hunting operations that lessen hunting pressure. 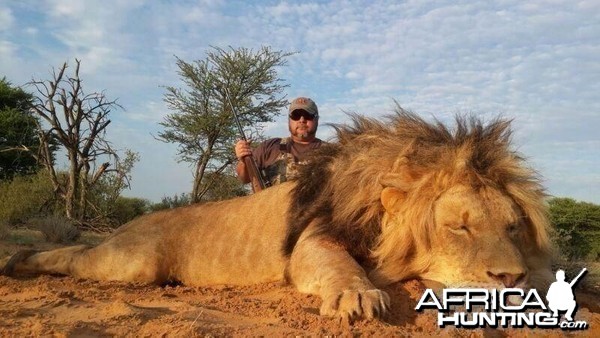 Another important factor is cost, many of us cant afford to do a 21 day safari or two before we get the chance to take a great cat. Our pockets, myself included, do not run that deep. But without real value given to an object it may become unnecessary. This is one of my biggest fears for lion hunting and leopard for that matter. At any time lion exportation from any of the African countries as well as importation into the US may come to a halt, there was a bill in the works last year that failed to pass, but not by much. If that happens the value associated with lion comes to an end.

That being said I do believe that we will see lion import and export end in the next few years, if you have considered taking a lion, I would suggest you do it sooner than later. 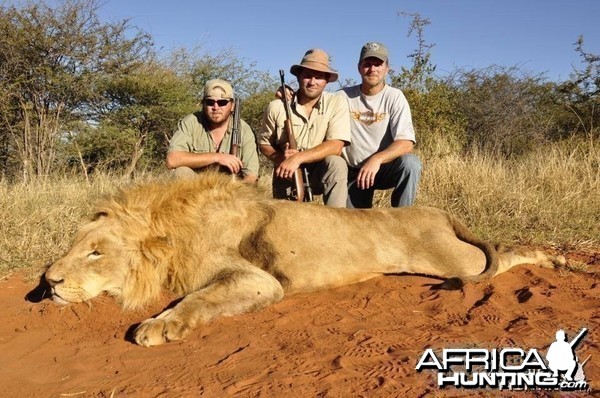 The outfitter's I work with run real hunts in large areas for lion. The lions are in big areas, yes they are fenced, but its as close to a fair chase hunt as you can get. Many of the raised lions i have seen are far more aggressive towards man than wild lions, due to the fact they associate man with food and show little fear. 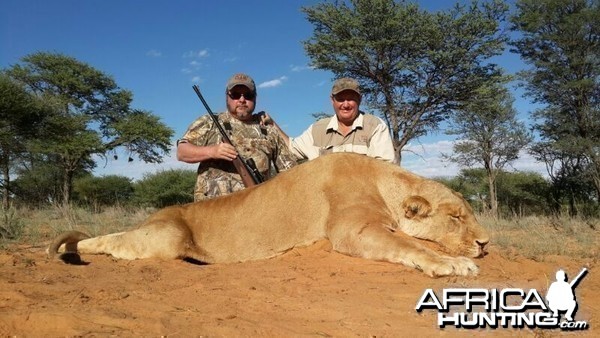 I have some lion hunts available this year and I'm already taking bookings into 2015, with a refund stipulation in case we do see an end.

5 Day lioness hunts are $6,500 and huge maned males are $25,850. Pick up and return from Kimberly RSA, plains game can be added on a trophy fee basis.

Let me know if you have any question, comments or concerns.
Last edited by a moderator: Dec 1, 2016

James,
All excellent points. Those prices are very good. If I wasn't already booked, I'd be calling you.

BTW - I've been told (warned) that the captive bred females are the most dangerous of all lion options.

IT was nice meeting you in Vegas, BTW. Thanks for backing me up. Have a great hunt.
J

James, exactly how big is the "large area" in your description? Thanks.

Most of the areas are between 6,000-12,000 acres of heavy brush. Looking for one or two specific animals even big animals can be very difficult.
You must log in or register to reply here.