I will tale a lion in hunt our area!

March in Central African Republic with 2 clients father and son who have been already the the third time for the dad and second for the son. Alain Lefol was guiding the younger hunter for this trip after a good start with a very good giant forest hog and a buffalo for the dad.

The son don't really have a target in my mind we have decide to use a part of the Buffalo for baiting a big leopard we know. Only the female was feeding for the next two day...

During this time some lions start to roar about 4 miles from camp the next night they seem to doing away the morning Alain decide to go check some salt leak about 2 miles from the camp. A big Bongo track came to the the second leak and decide to a try the machan in afternoon until the next morning.

At 7:30 am came the team to collect the client and Alain and the lion start to roar again and the PH decide to give it a try and went on the top the hill. They suddenly heard the lion roar again and closely so Alain decided to call back and the answer was immediate. Approaching slowly in the direction of the last call one tracker spot the lion in the edge of a Bako a good male at about 35 yards nearly facing Alain told to the hunter to shot between the head and the shoulder. The lion made a big jump after the shot and run away and everybody listen carefully then the PH ask where did he have aim on the lion the client answer on the shoulder. The way how the lion run of Alain new that the bullet didn't broke the shoulder or the leg and he decided to back the camp and have a good breakfast and let the bullet do the job.

At 10:00 am the team when back and start the tracking find the blood straight away and some black blood also Alain find it not normal at 15 yards from further the team founded the kill of the lion a young giant forest hog and continue the tracking. The lion went in some really tight forest so the PH decided to change from his 378 Weatherby to his 12 gage Benelli with buck shot and continue up front with only one tracker, a second tracker behind them at 20 yards and the hunter with the team 10 more yards. After 30 min of a very slow tracking the lion was laying down 3/4 facing away Alain decided to don't shot and made to the tracker a sign to call the hunter the emotion was very high form him. The PH show him the lion and took another shot just behind the shoulder and the lion made a big jump run 10 yards then collapse.

Everybody was super happy and the client was very grateful to let him finish his lion! 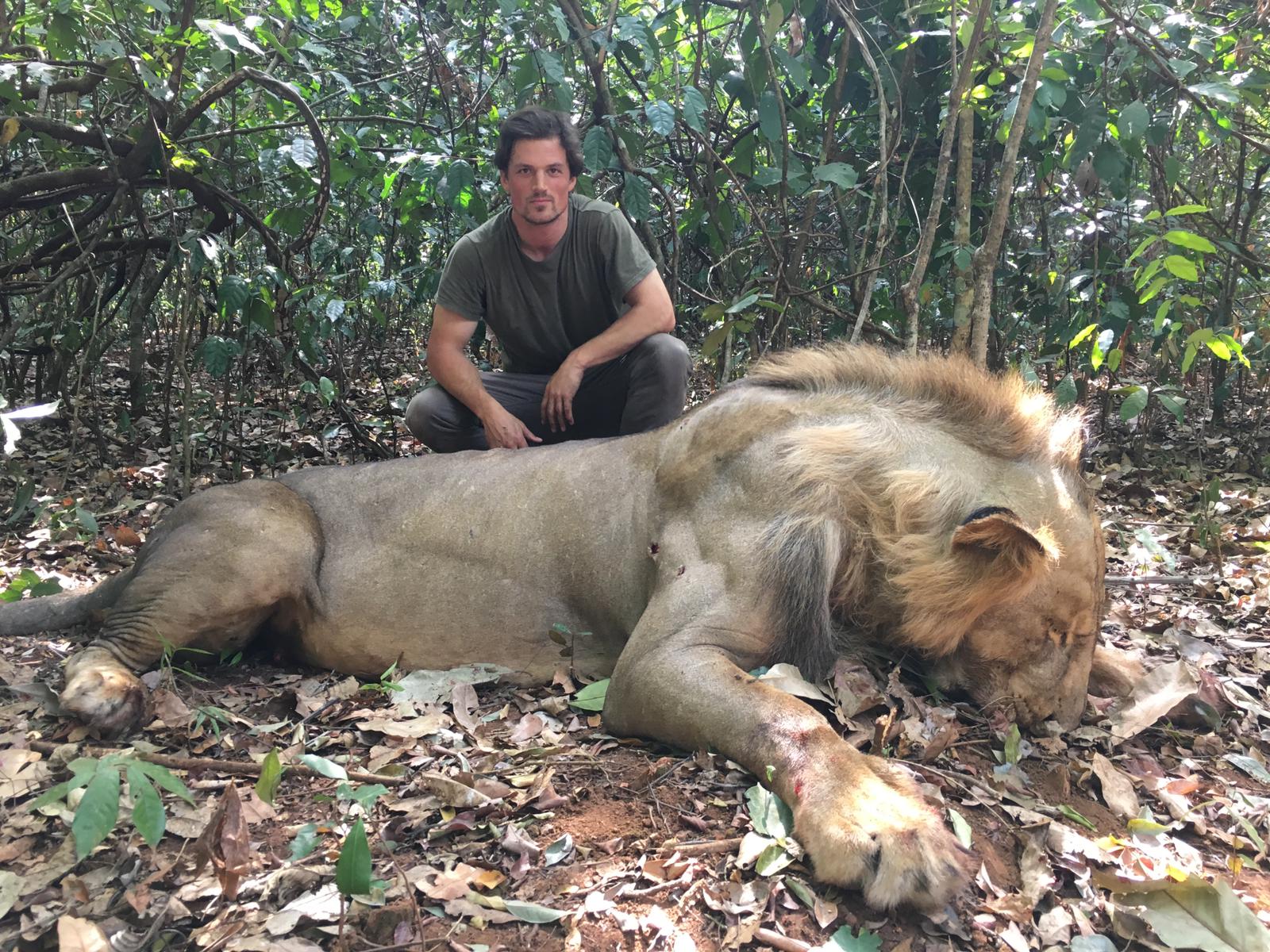 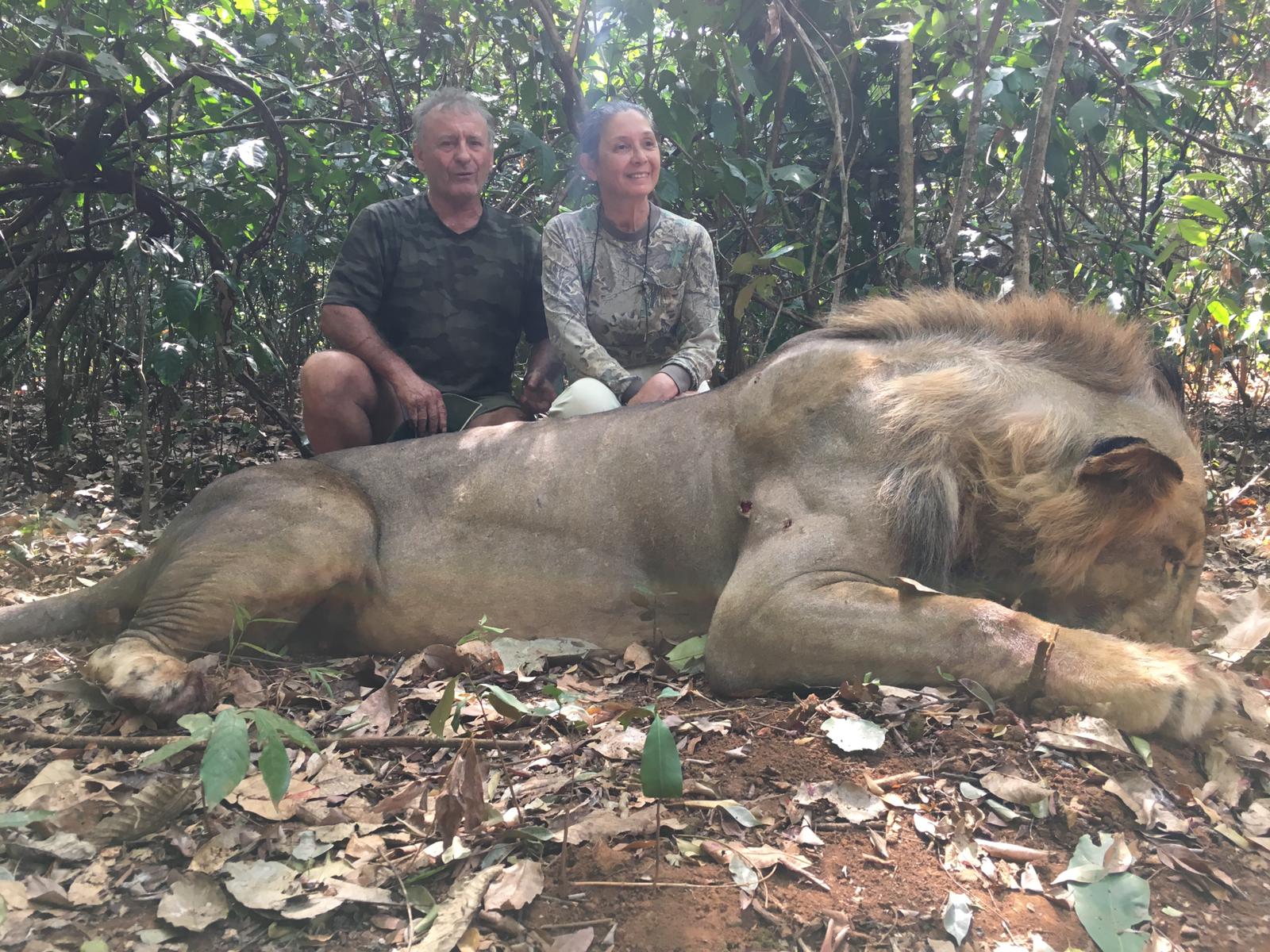 Nice lion, congratulations to everyone involved.

Cool story!!! Thank you for sharing it!!!

Incredible tracking job, that managed to not bump the Lion and allow the hunter in to finish the job.
Congratulations.

BRICKBURN said:
Incredible tracking job, that managed to not bump the Lion and allow the hunter in to finish the job.
Congratulations.
Click to expand...

Thank you we always try don't shot except in dangerous situation, high risk of lost and also if the client ask. Communication is very important and to have confidence in your team

Wow, what a great hunt. May I ask what GPA stand for and what type of bullets are those??

PARA45 said:
Wow, what a great hunt. May I ask what GPA stand for and what type of bullets are those??
Click to expand...

GPA is French bullet made of copper

Congratulations to all involved! Must have been some tense moments when tracking a wounded lion through the bush! Well done!

Excellent restraint letting the client finish his job, glad the situation got sorted out and didn’t turn bad!
"Montana seems to be what a small boy would think Texas is like from hearing Texans" John Steinbeck

Congratulations all around, well done, thanks for posting.

Super lion well done.
Keep the wind in your face and enjoy your hunt!

Congratulations . That is a scary looking lion.

I am not completely clear. Was one lion killed, or was it two killed by father and son?
Last edited: Oct 26, 2021

sierraone said:
Congratulations . That is a scary looking lion.

I am not completely clear. Was one lion killed, or was it two killed by father and son?
Click to expand...

One lion killed by the son

What a brute! Well done and congratulations

That's a neat lion
You must log in or register to reply here.

On The Quest Of The Black Leopard In Central African Republic C.A.R.