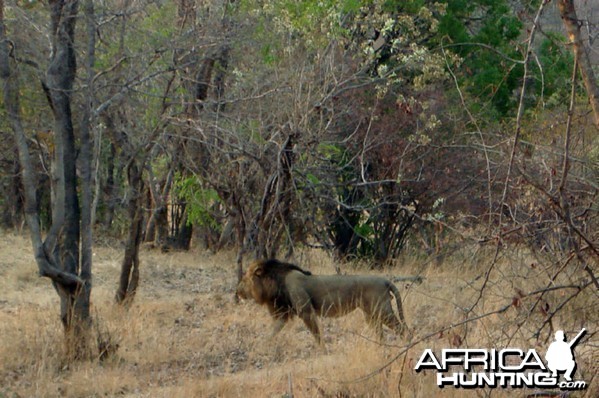 Tanzania has the largest lion populations on the continent, and they are not threatened with extinction. The population is stable in nearly all protected areas. Outside these protected areas it is of significant size and mostly stable. Exact data are lacking, but lions most probably have become less during the last decades in area with high population growth, expansion of agri- culture and livestock husbandry and in some areas in North- western Tanzania where an influx of refugees occurred.

Although the lion range has been reduced in Tanzania in the last 50 years due to population growth and agricultural expansion, lions benefit from a widespread network of protected areas (30 % of the country) and from vast tracts of unpopulated and populated lands with relatively undisturbed habitats suitable for lions. Lions are protected throughout the country, and it is the policy of the Government to conserve them both inside and outside of the protected areas as part of biodiversity. Some problem-animal control in extreme cases of human-lion conflict occurs. Approx. 250 lions are shot per year by tourist hunters, which is overall a sustainable yield. Empirical evidence from the Selous Game Reserve shows that offtake levels are sustainable. Lions play a major role in the hunting industry, which is economically significant and greatly contributes to paying the conservation bill. As a consequence of the Wildlife Policy of Tanzania (1998) Wildlife Management Areas are being created where villages manage the wildlife on their land and are increasingly earning revenues, including those from lions. This raises tolerance levels towards wildlife including dangerous game and improves the potential for wildlife as a land use option. Areas which otherwise would be lost for wildlife are thereby safe- guarded.

As a consequence of this relatively good conservation record, in particular when compared to many other countries, lions are a major source of conflicts with the human population. We estimate that around 200 people are killed in Tanzania every year by dangerous animals, of which around one third on an average could be by lions. Lion inflicted injuries and loss-of-life are more acute in Southern Tanzania. Not less than 35 people were killed by one or several man-eating lions in an area of 350 kmï½² just 150 km south- west of Dar es Salaam between the Rufiji River and the Selous Game Reserve within the past 20 months. This is one of the most extreme incidents ever recorded of man-eating by one or two lions and at the same time one of the best documented cases, at least from Tanzania. Further analysis might help to understand the underlying causes better and thereby devise strategies to protect humans without eradicating the lions.

The reasons which have led to such a tremendous loss of lions in Kenya or in West-Africa are not connected to international trade. To upgrade the lion to CITES App I as proposed by Kenya would not address any of the issues that adversely affect lion populations, i.e. loss of habitat to agriculture, problem animal control, poaching and killing of lions by pastoralists. It would how- ever, make the hunting of lions more difficult or even impossible. This hunting is sustainable giving value to lions and is one major element in the range of conservation tools which Tanzania has successfully applied to protect the future of the lion.

Download the study at www.wildlife-programme.gtz.de
Last edited by a moderator: Dec 1, 2016
Gerhard R Damm
AFRICAN INDABA - Dedicated to the People & Wildlife of Africa
You must log in or register to reply here.

Managing the Conflicts Between People & Lion

H
Hencoop
I am alive and trying to find some hard-to-find reloading dies in .475 #2 (not Jeffreys)
34 minutes ago •••
J
Johnny Forbes
Hi, I’m going on a Leopard & Lion hunt, I’m taking my 338 Blaser mag loaded with 225gr Nosler Accubond moving at 2850ft/s. Will the Nosler Accubond be an excellent bullet on this leopard & lion? Thanks
Today at 11:54 AM •••
R
raamw MShort raamw wrote on MShort's profile.
I have an as new M70 right hand with standard wood of excellent graining and a winchester synthetic