Personally I think a 7mm Rem Mag in a light rifle would be quite lively or down right nasty.However if that is what you want go with the Tikka t3 but I would want a bit of weight to absorb recoil.
My plains game set up is a CZ 550 in 30-06, I have also used my 270win Parker Hale and never felt under gunned on all game up to Eland.
MarkCZ

Either a Ruger No1, clean, neat, tidy and light without the extra weight of additional rounds either.
Carruthers

I have a 7mm rem mag that weights just under 8 pounds scoped. I shoot it at the range with a slip on recoil pad and take it off hunting --- but the purpose is for eye relief much more so than recoil. It's a little stout, but nothing I would ever flinch over. I would not be hesitant at all to recommend that weight.

I'd go with the browning over the tikka. The Xbolt magazine is really really good and feels/looks better than tikka
WOOOOOO!!!
N

Personally I don't think a 8.5# 375H&H is out of bounds.
It would be light enough to carry all day.
And still a proper caliber for all manner of game.

However, I understand not everyone is up for that.
But a 7.5-8# 300WM is doable for most.
“They that can give up essential liberty to obtain a little temporary safety deserve neither liberty nor safety.” Benjamin Franklin 1759

I really love my tikka t3x in 223 but I decided to sell my 308. It’s a very reliable rifle except in one area. I had the magazine release several times against my backpack hunting deer in Alaska (never lost it thankfully) and I’ve had the magazine release against a fence post using it as a rest. For free local hunting my 223 is a great rifle, but I’m not willing to risk in on a non-stand hunt and especially a hunt in paying for.

I have the old t3 superlight model 7mm RM with 24” barrel that has been my go to for 16 years. I think it’s about 7 3/4 lbs with scope. Great gun. Relatively light but recoil is no issue. Shoots most ammo well. I’ve taken many species of plains game, elk, deer, bear, etc. Hot in Africa, freezing in Colorado - Never an issue, it just works. Just bought a second plastic magazine as a backup but the original one still works fine. I think Tikka’s are one of the biggest bangs for the buck. Got the itch and I just bought a new 5 lb Barrett Fieldcraft in .308. Will end up around 6 lbs total with rings and scope. Could have bought almost 3 tikka’s for its price, but wanted something really ultra light and you pay for that.

As important as rifle weight is, don't overlook rifle fit.
The way a rifle fits you can make a huge difference in felt recoil.
I would not sacrifice a proper fitting rifle for one that weighs less.
“They that can give up essential liberty to obtain a little temporary safety deserve neither liberty nor safety.” Benjamin Franklin 1759

Is lightweight better for accuracy, or worse? I ask because I find that for offhand shooting I am more accurate with a gun in the normal weight range. Thoughts?
When shooting off a bipod or sticks light or normal seem to be about the same.
My vote is for the Tikka.
D

I have Tikka T3’s in 30-06 and 7mm Mag. I replaced the recoil pads on both rifles with Limb Savers that are direct replacements of the originals. Both rifles aren’t abusive to shoot and are light enough to carry but heavy enough to shoot well. Some real light rifles are kind of whippy and harder for me to settle down when shooting in field shooting positions.

I have several Tikka T3 rifles, every one of them is under MOA out to anything close to a range you are going to be shooting plains game.

The finest lightweight rifle I own is a Cooper M92, it 92ozs without a scope, still under 7lbs in the configuration I have it in now. 280ai with 160gr ABs, it will do .5" all day long. I can't do that all day long, but the rifle can for sure.

You guys told me, a light .308 Winchester is enough for plainsgame.... 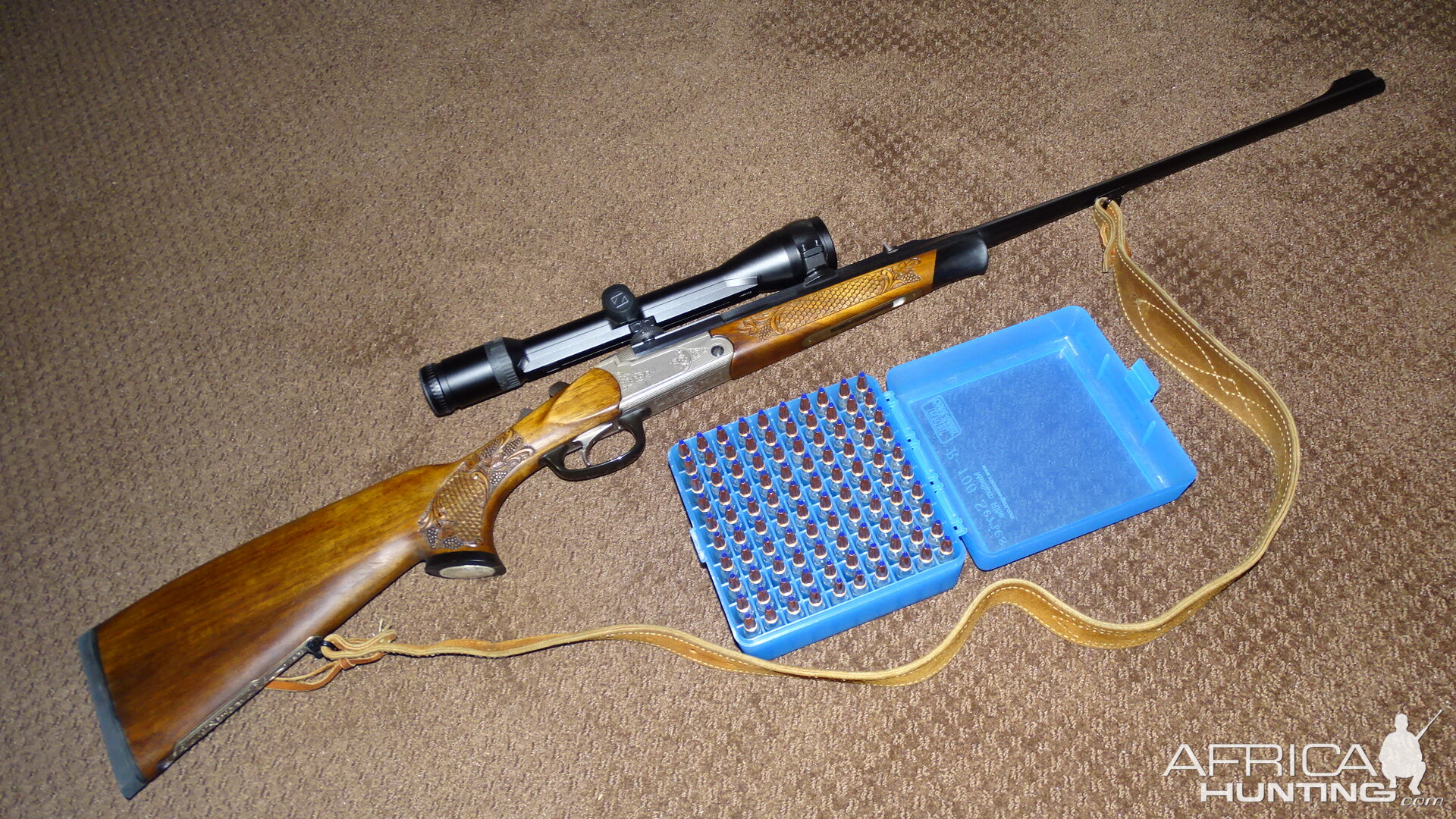 Tra3 said:
Is lightweight better for accuracy, or worse? I ask because I find that for offhand shooting I am more accurate with a gun in the normal weight range. Thoughts?
When shooting off a bipod or sticks light or normal seem to be about the same.
Click to expand...

I agree a good rest seems about equal.

Offhand, the advantage goes to a normal 8-8.5 pound 22-24" rifles when you take your time and have to control the wobble. If you have to make a quick shot, the light 20" rifles go right up and fire accurately. I will say I get very nervous after the shot with a short light rifle bc it often feels like I pulled the shot even if it's perfect.

I took a Brockman custom Dakota 76 300WM to Namibia for plains game; weighed about 10 lbs, all in. 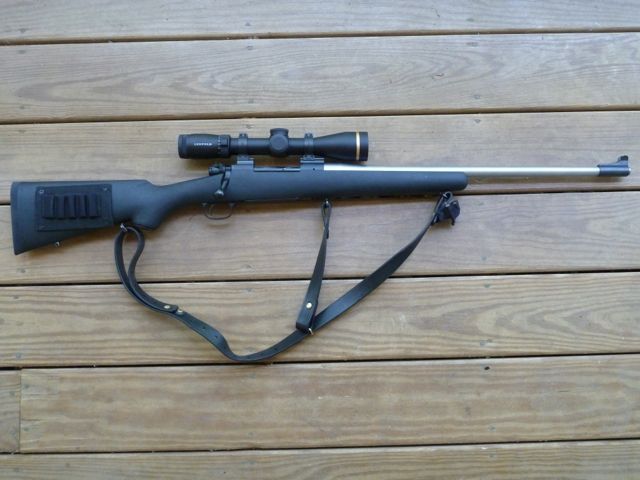 After that trip, I sent back to Jim for some weight loss surgery: 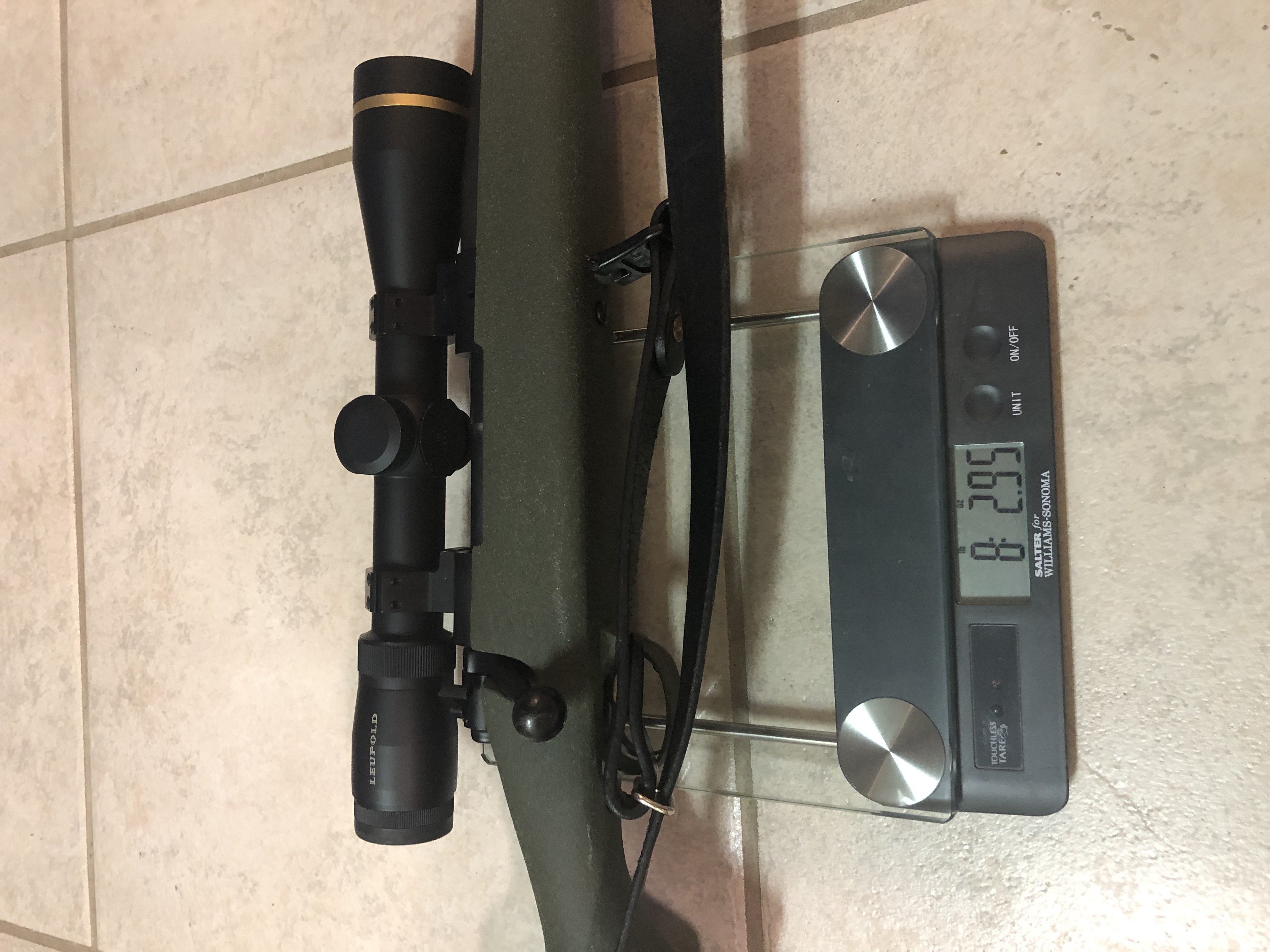 nomspc said:
I took a Brockman custom Dakota 76 300WM to Namibia for plains game; weighed about 10 lbs, all in.
View attachment 390799
After that trip, I sent back to Jim for some weight loss surgery:
View attachment 390800
View attachment 390801
Much happier carrying the rifle now. Shoots 180 TTSX 0.5 MOA @ 200 yards, and has become my favorite non-DG hunting rifle.
Click to expand...

I noticed your 3-point sling.
How are you using it?
“They that can give up essential liberty to obtain a little temporary safety deserve neither liberty nor safety.” Benjamin Franklin 1759

The Tikka's have great triggers. Another good one is the Christianson Arms rifles. A number of good choices out there. If you can find a store that has some in stock you can see how they fit you. Good luck.
Bruce

gillettehunter said:
The Tikka's have great triggers. Another good one is the Christianson Arms rifles. A number of good choices out there. If you can find a store that has some in stock you can see how they fit you. Good luck.
Bruce
Click to expand...

Yes good triggers. Even better if you replace the factory spring. I bought a softer spring from MCARBO and it made even better.

I bought a Weatherby MK V Backcountry Ti in 6.5Wby RPM for its light weight. It weighs in at 6.5 lbs with scope. So far I am happy with it. Recoil hasn't been an issue with or without its muzzle brake. It is shooting factory ammo well and as advertised. I am just starting load development, time will tell.

Another light weight rifle I have been thinking about is Blaser's K95 in maybe 7X57R or 7x65R. I have only handled one at the SCI convention a couple of years ago and find them very appealing.

BeeMaa said:
I noticed your 3-point sling.
How are you using it?
Click to expand...

As both a carry sling and a shooting sling. This is a Ching sling from Andy Langlois; works best for me from supported field positions, kneeling, sitting, rice paddy prone.
You must log in or register to reply here.