Life With An Indian Prince - Hunting With Cheetahs (1939)

Life With An Indian Prince - Hunting With Cheetahs (1939)

Ancient Egyptians often kept Cheetahs as pets, and also tamed and trained them for hunting. Cheetahs would be taken to hunting fields in low-sided carts or by horseback, hooded and blindfolded, and kept on leashes while dogs flushed out their prey. When the prey was near enough, the Cheetahs would be released and their blindfolds removed. This tradition was passed on to the ancient Persians and brought to India, where the practice was continued by Indian princes into the twentieth century. Cheetahs continued to be associated with royalty and elegance, their use as pets spreading just as their hunting skills were. Other such princes and kings kept them as pets, including Genghis Khan and Charlemagne, who boasted of having kept Cheetahs within their palace grounds. Akbar the Great, ruler of the Mughal Empire from 1556 to 1605, kept as many as 1000 Cheetahs. As recently as the 1930s the Emperor of Ethiopia, Haile Selassie, was often photographed leading a Cheetah by a leash.

Two young Americans traveled to India to photograph and film the falconry practices of Indian royalty for National Geographic and in addition to hunting with birds of prey, members of the royal party used to hunt with Cheetahs. This sport and way of life has disappeared into history. This rare footage is quite unique and most probably the only of its kind. 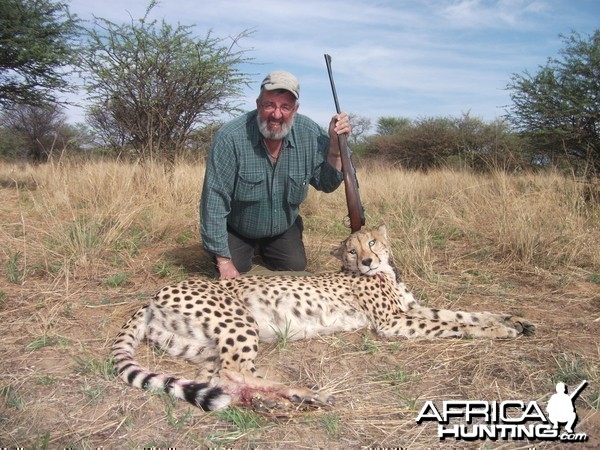 Pictures of four Cheetahs hunted during the last hunting season... 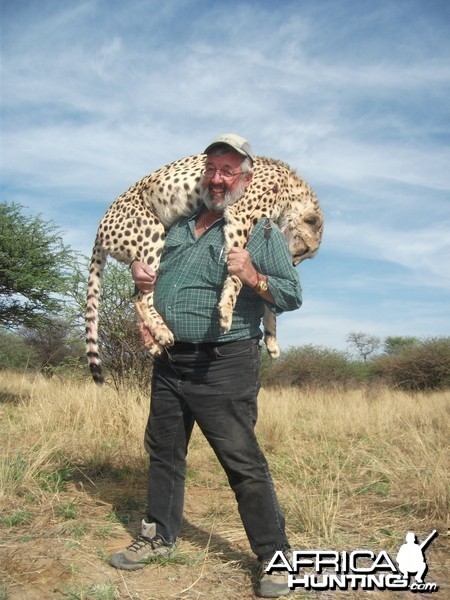 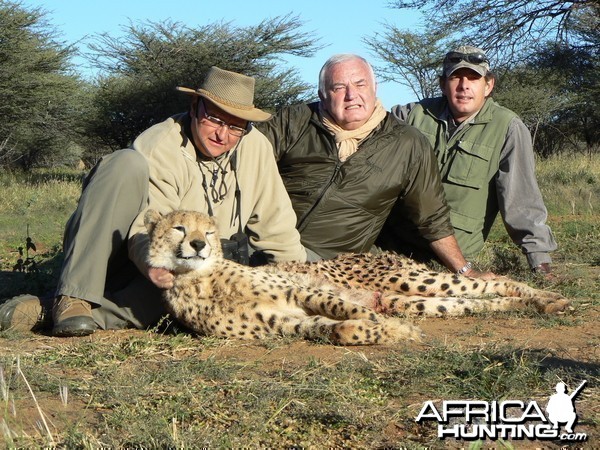 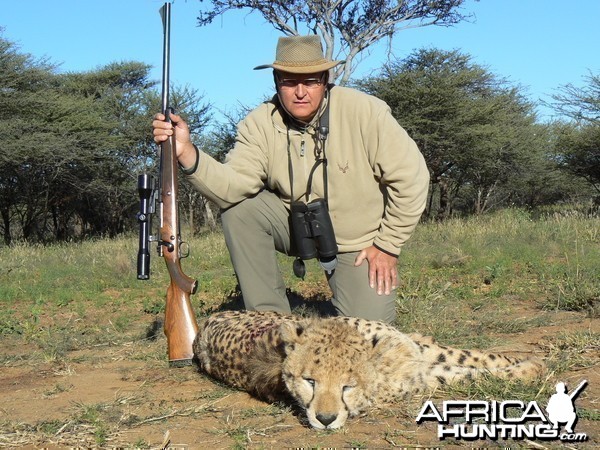 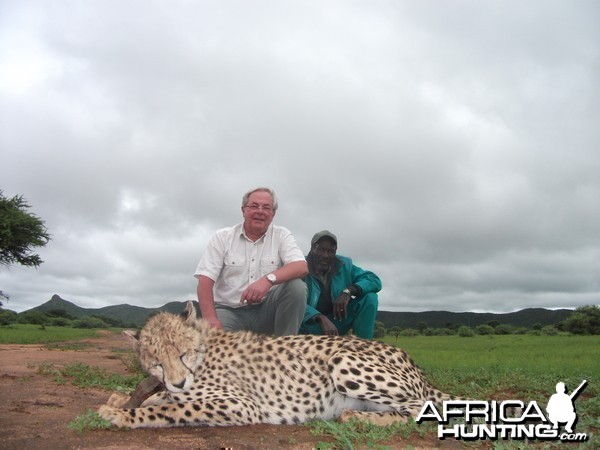 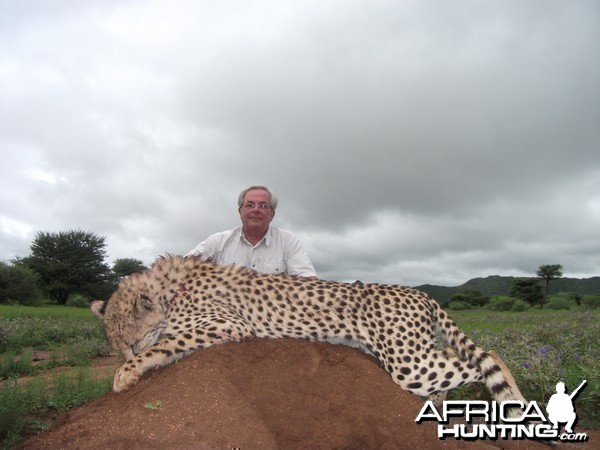 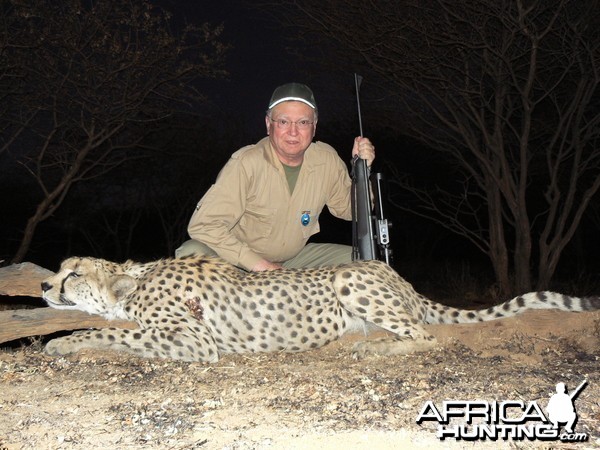 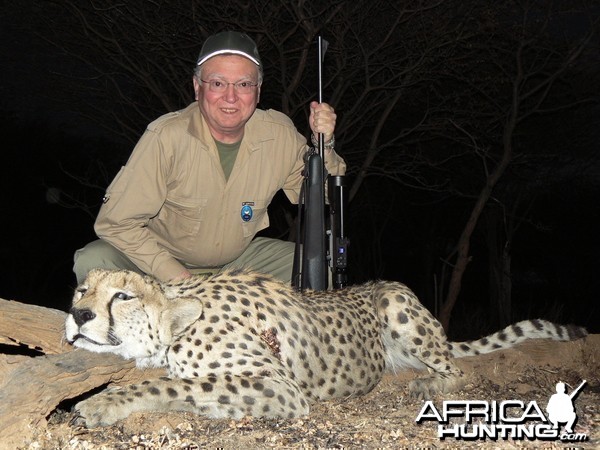 Pictures of a Cheetah taken this year... 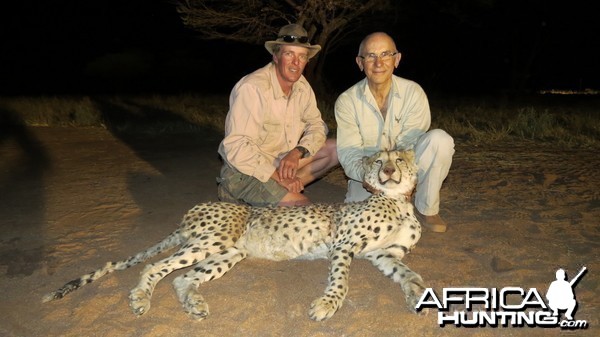 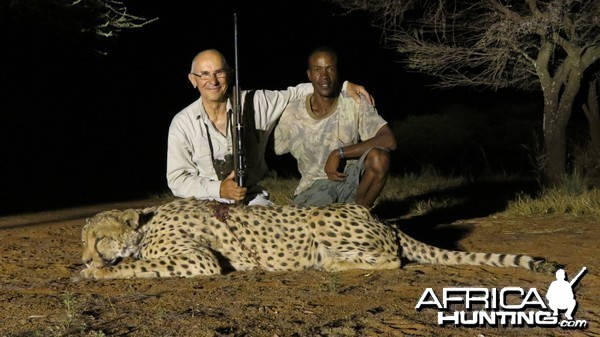 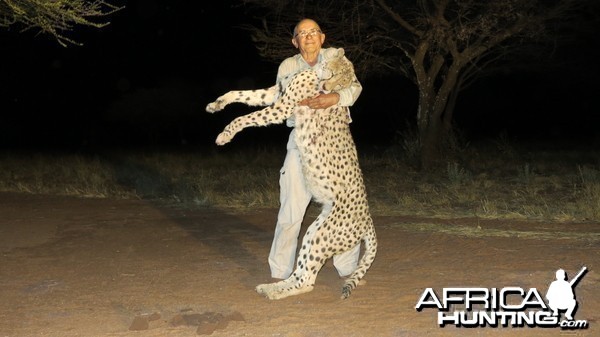 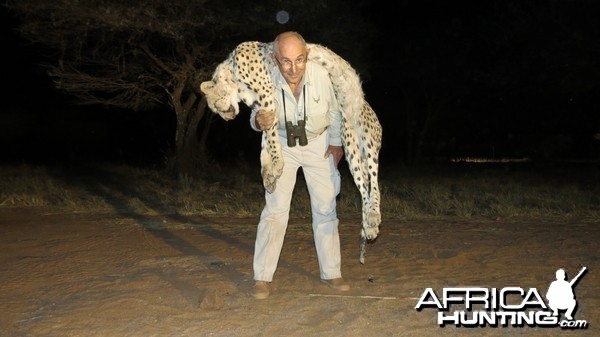 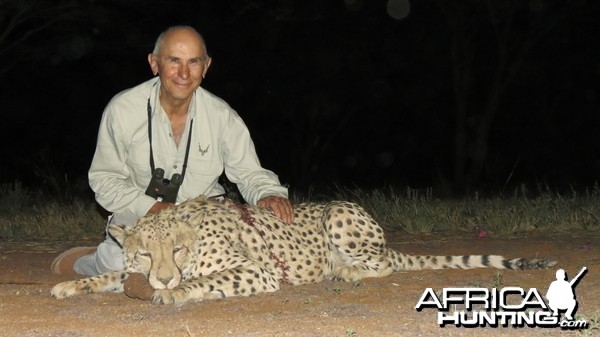 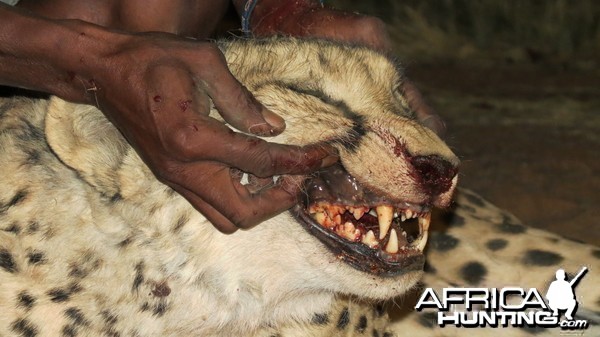 We just had the privilege to host highly regarded French PH Arnaud Mermet who brought us one of his clients for some plains game but more specifically for a Cheetah...

Here is a picture of Arnaud with his client's Cheetah. 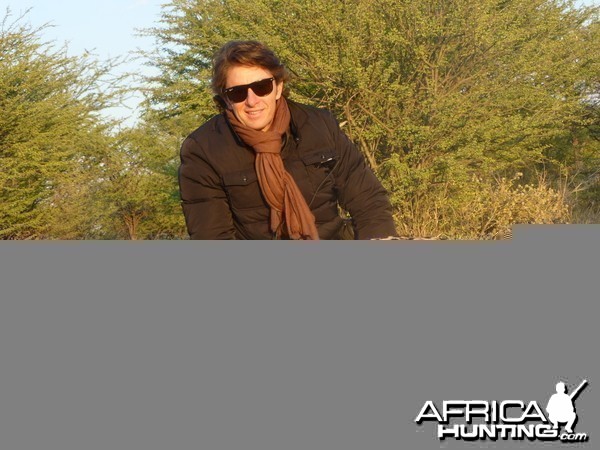 Should anyone is interested in hunting in Tanzania check out Arnaud's website at www.amsafarichasse.com, you'll be in for a hunting safari of a lifetime with some incredible trophies. Don't forget to check out also his photo galleries on his website under "Pays Massai" and "Selous", some amazing photos! Click HERE to view his trophy photo gallery on AH and for an interview with him, click HERE.
Last edited by a moderator: Dec 1, 2016
A

Pictures of a Cheetah taken just now by one of our French client... 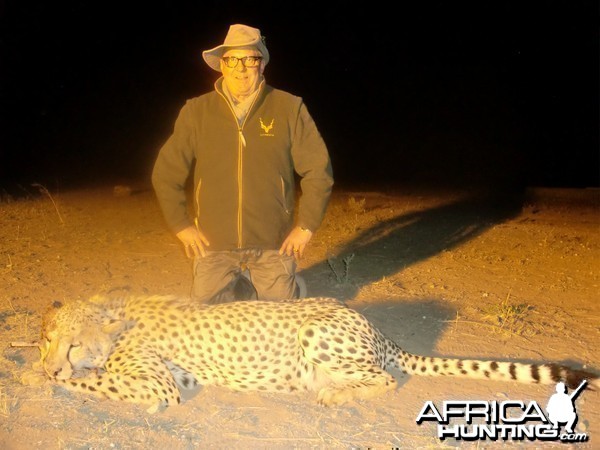 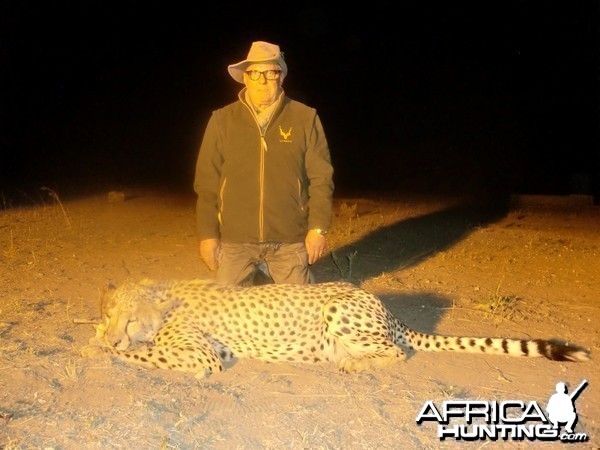 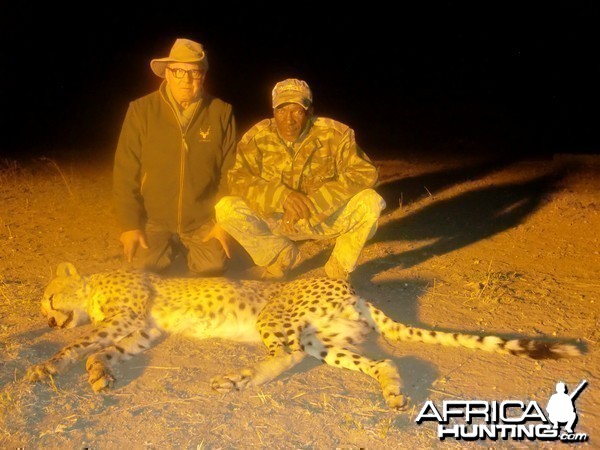 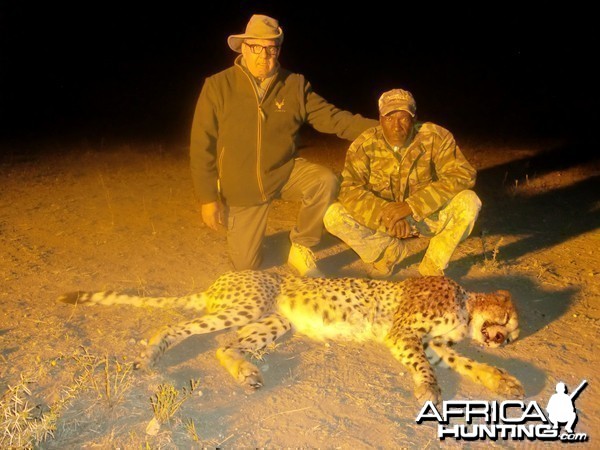