1. Wow is this thing light! 7lb 12 oz light according to my digital fish scale.

3. Two cross bolts, they have a pattern on the ends, nice touch.

4. Fit and finish looks to be very good, nice wood to metal fit and bolt is pretty smooth right out of the box.

6. Made in Portugal by Browning Viana

Powder Valley box showed up the door, 100 pieces of Privi brass, 4 boxes of 235 gr Speer bullets and 4 boxes of 250 gr TTSX! One more box from Midway due tomorrow with scope bases and a few other items, I should be ready to roll out a few loads by tomorrow night!

Was filling out the paperwork at the gun store and my wife was with me, she turns and says "guess you need to get a scope for this one too?"!!! Going to use a heavy duplex 2-7x33 Leupy I have until I figure out what scope I'm going end up with.

Will try to get a picture or two posted soon.

Congrats on the addition! Look forward to pics
John 3:16

Early Christmas at your house!

I had originally asked for this rifle for my birthday, but i bought myself two Tikkas. Christmas IS just a few days away...

Anticipation is definitely mounting, where is the UPS guy with my toys from Midway?!?

Getting a new rifle or a new to you rifle is always a good reason to celebrate. Regardless of how many you have, a new one brings joy to your heart. Have fun. Any specific hunts in mind?

Shootist43 said:
Getting a new rifle or a new to you rifle is always a good reason to celebrate. Regardless of how many you have, a new one brings joy to your heart. Have fun. Any specific hunts in mind?
Click to expand...

Sable, Eland and Kudu next year with TMS is the plan!

Congrats on the new rifle!

Where did you get the rifle from? Is Winchester making this rifle again or is this a model from when they were last producing it?

@Reedy... Take a look on Gun Broker website there are lots of them there for sale...
Good Luck...

SWARA said:
@Reedy... Take a look on Gun Broker website there are lots of them there for sale...
Good Luck...
Click to expand...

I was confused and had a brain fart. When I was looking I was searching (late 2015) for one of the Synthetic/SS versions and couldn't find one and read somewhere that it had been a year or two since the were last produced
John 3:16

I was confused and had a brain fart. When I was looking I was searching (late 2015) for one of the Synthetic/SS versions and couldn't find one and read somewhere that it had been a year or two since the were last produced
Click to expand...

I had the same experience. Stainless, synthetic M70's in .375 are dang hard to find. I ended up buying one off gunbroker that had an HS Precision stock and a trigger job. I paid a little too much for it, but at least I have one.
The barrel is really terrible, so it's going to get a new Lilja put on it.
And the quest continues for the same thing in .416 Rem Mag. Those things are less common than 60 inch Kudu!

Wood and Blued Steel, not sure why they named it Alaskan. Here it is: 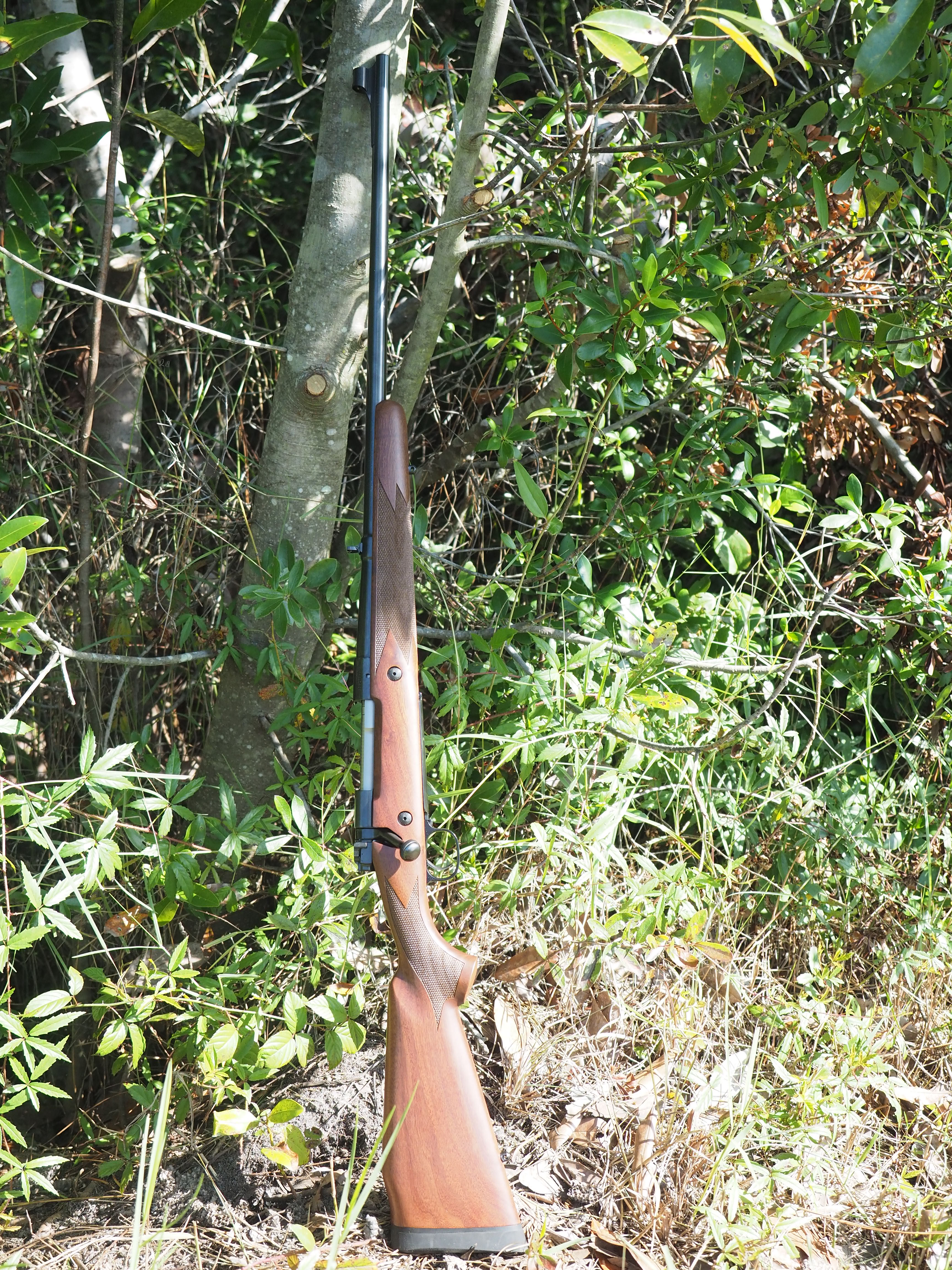 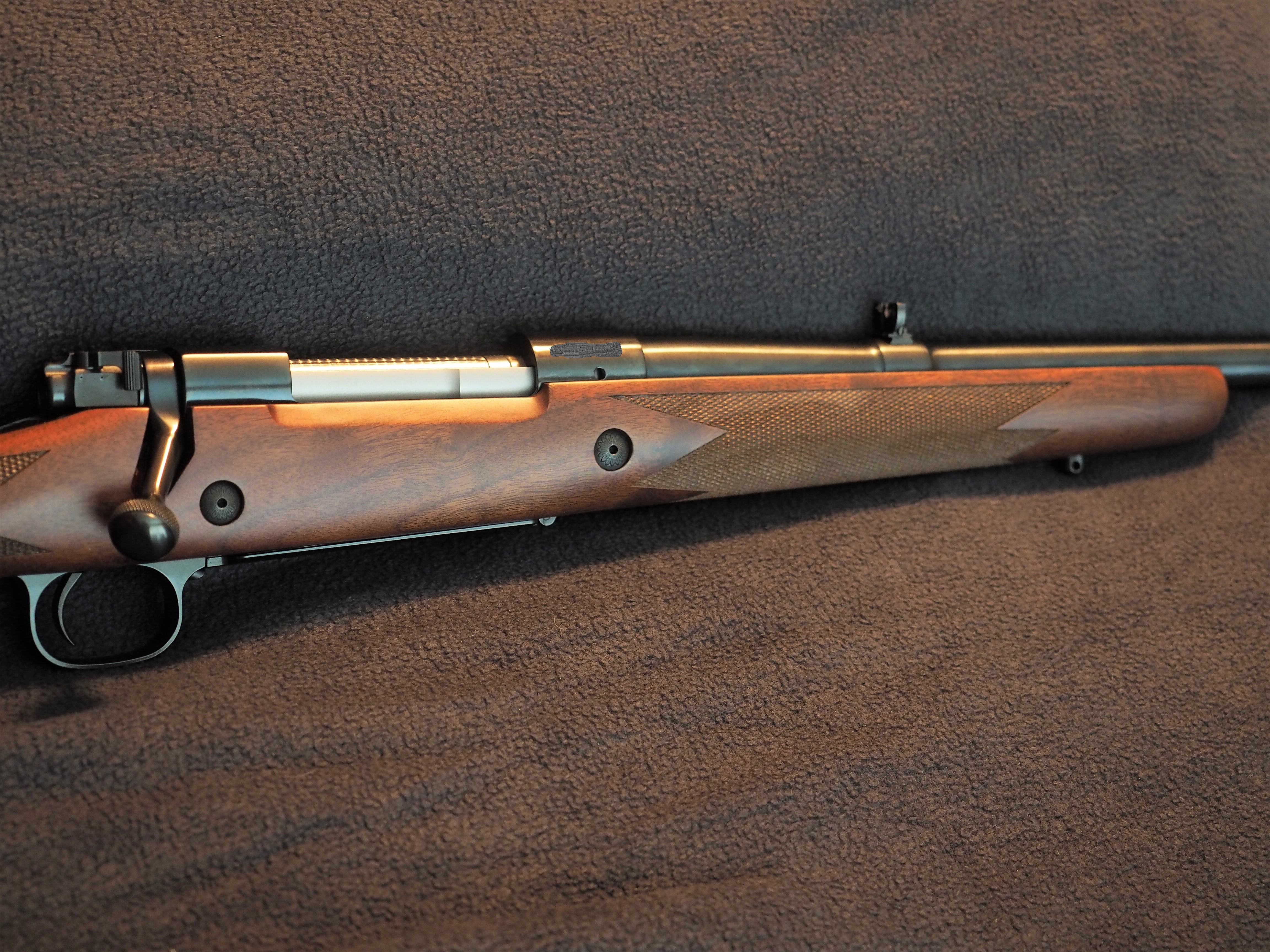 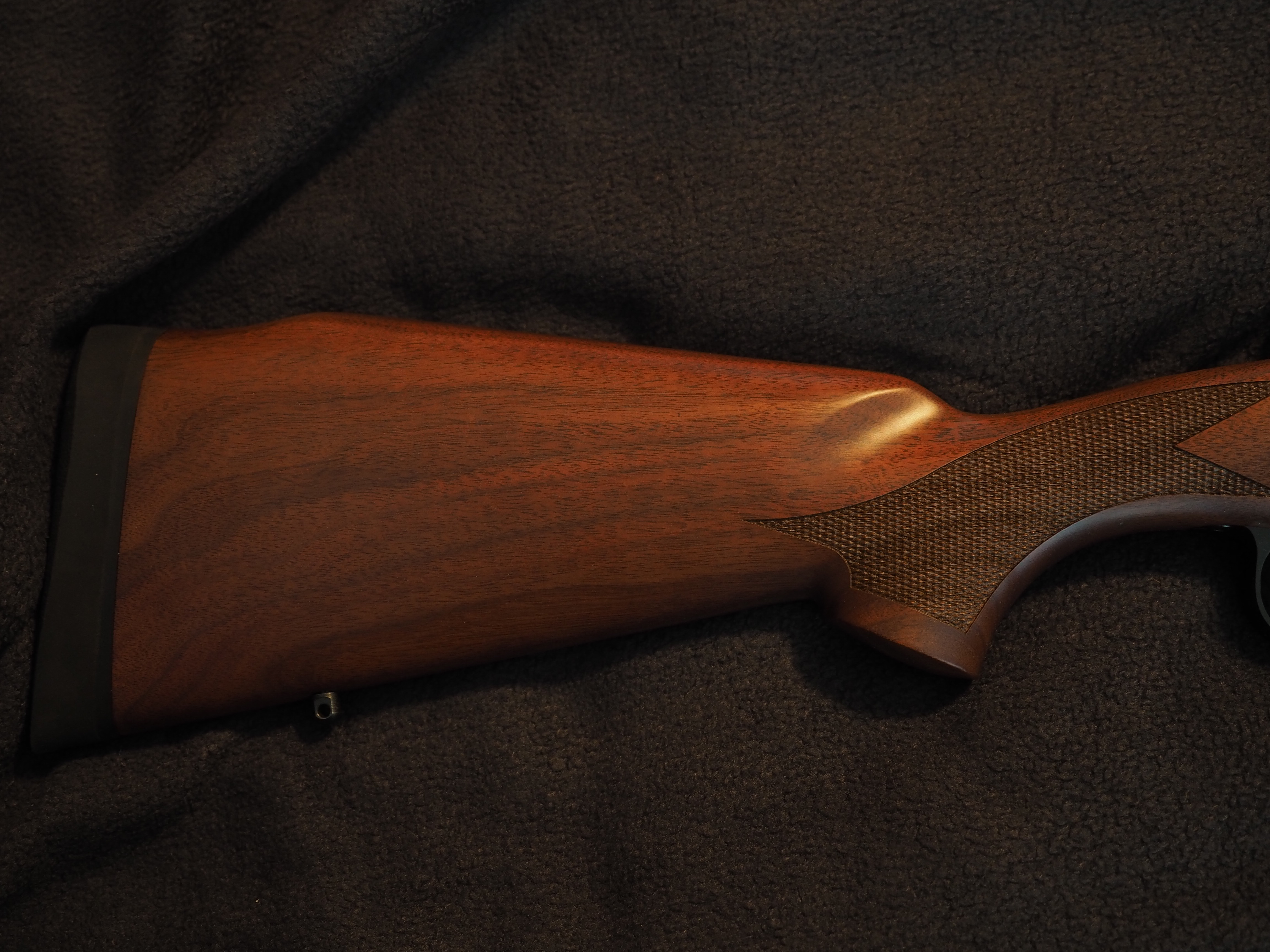 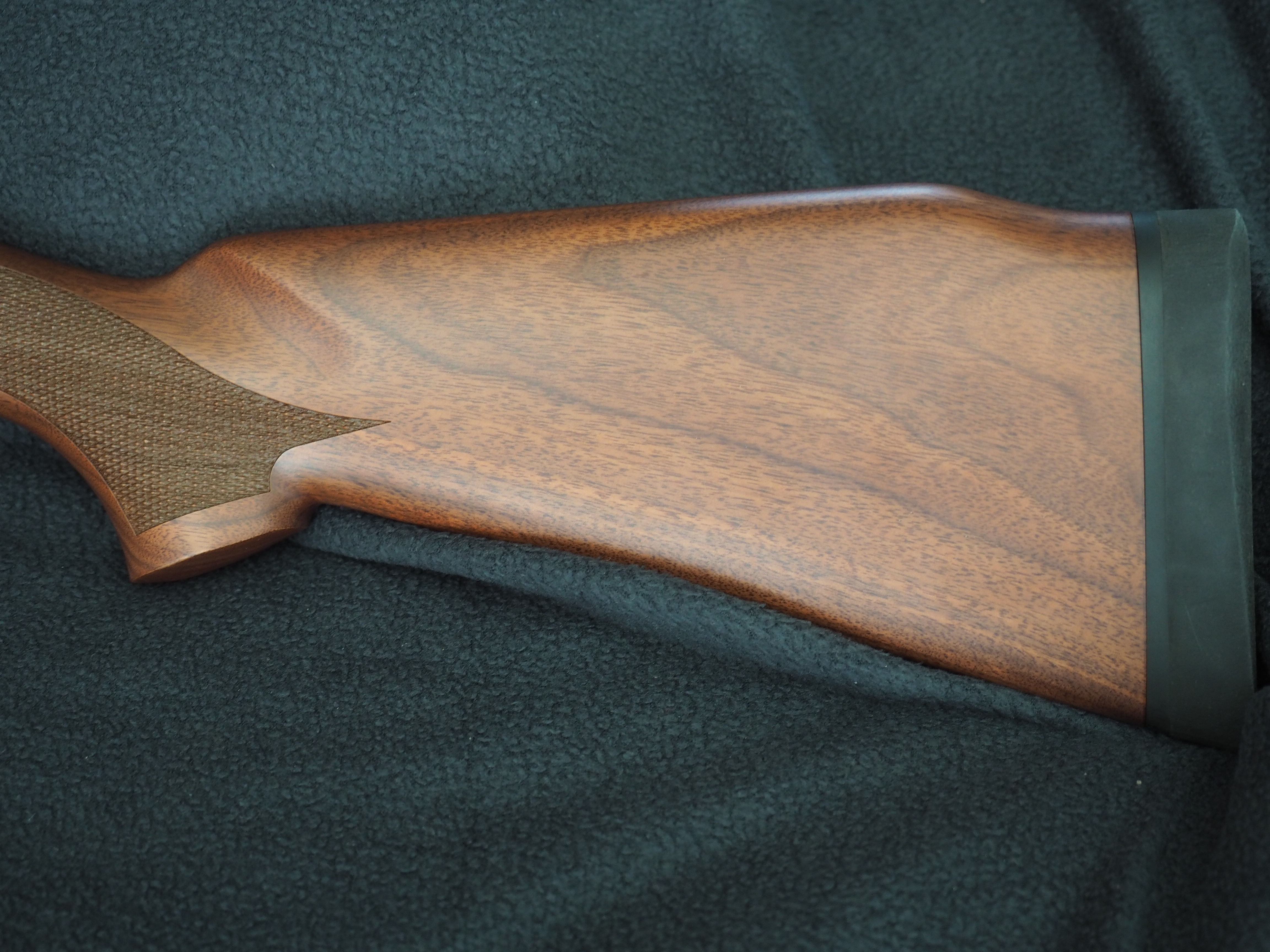 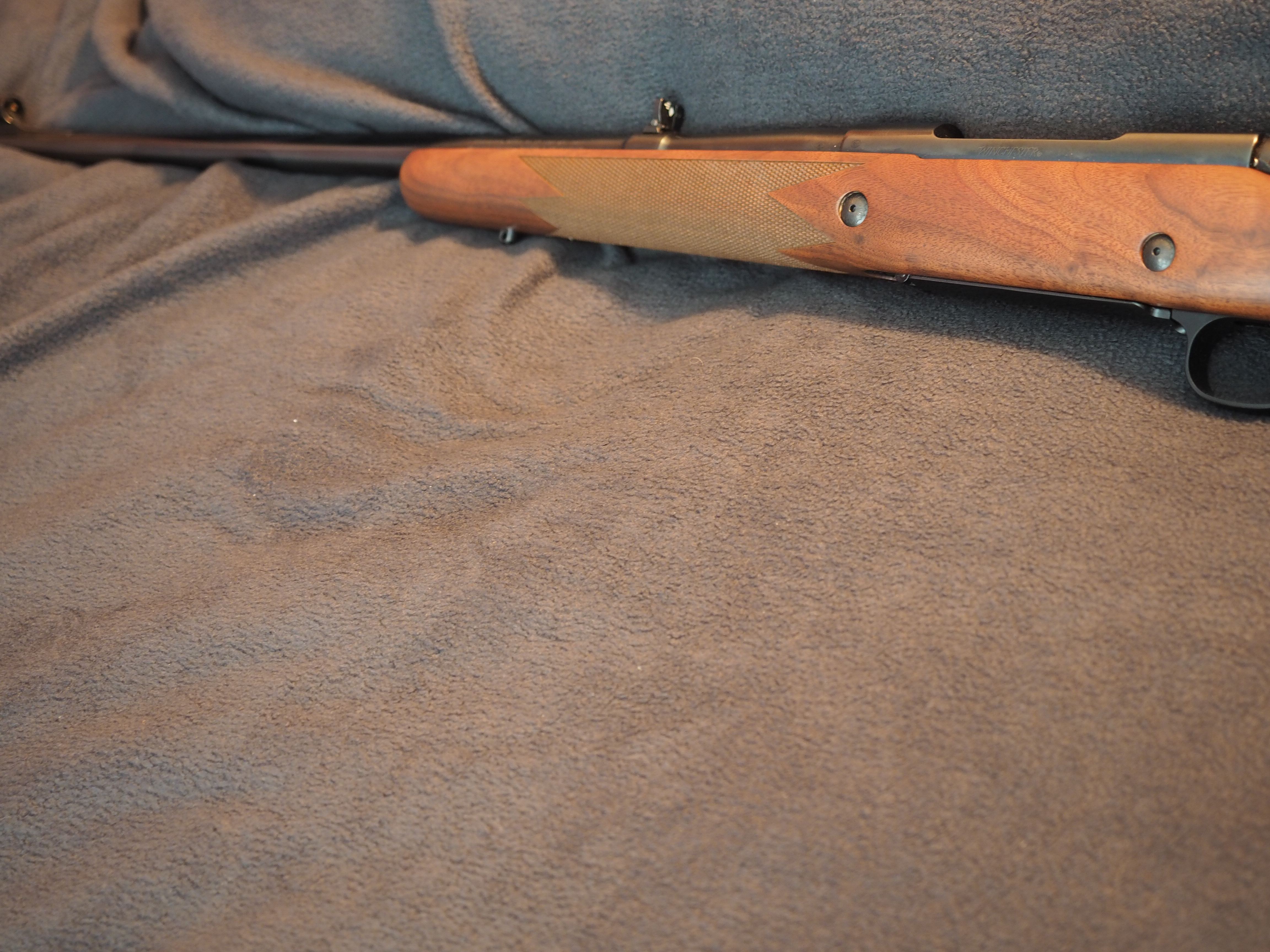 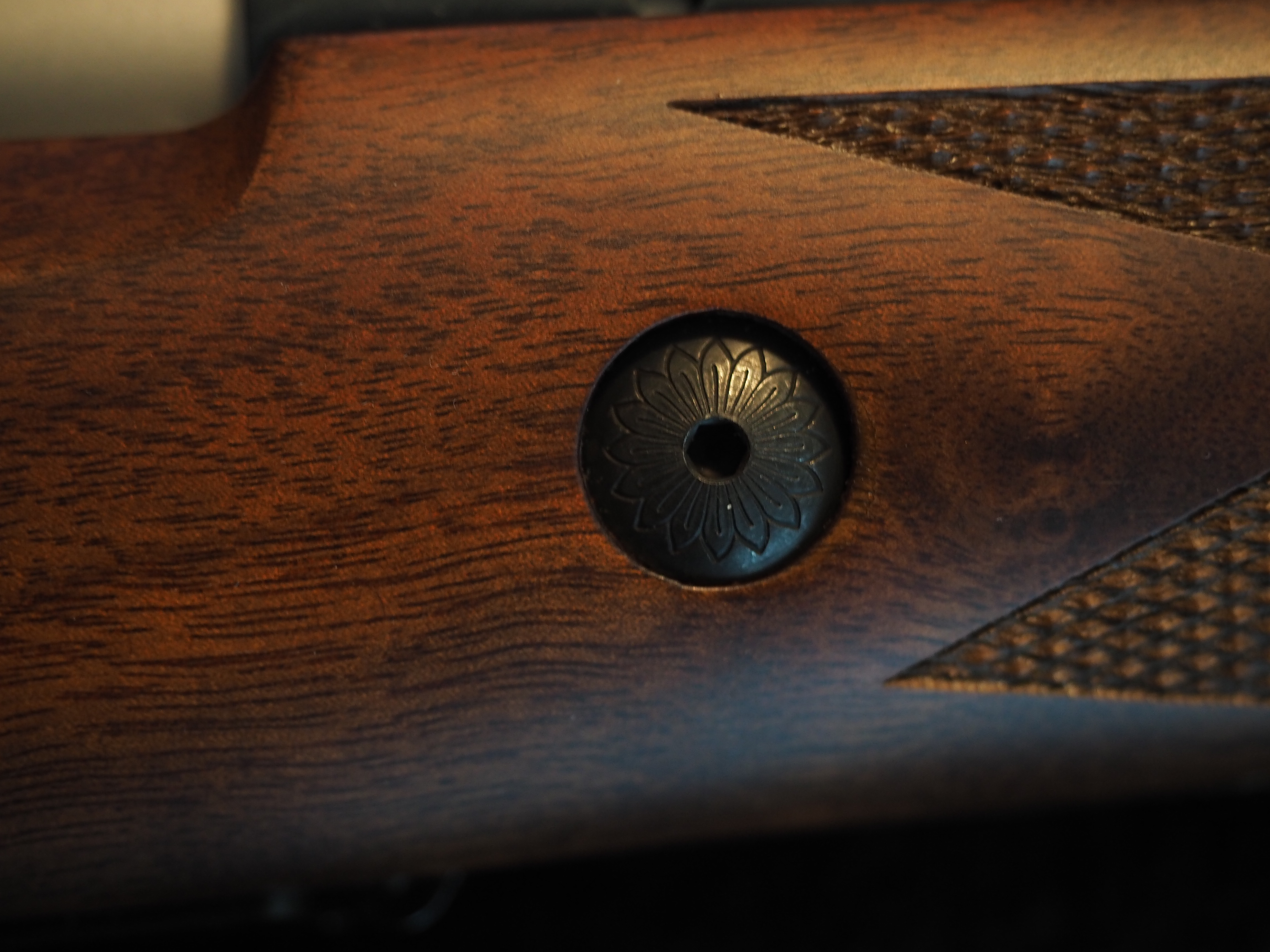 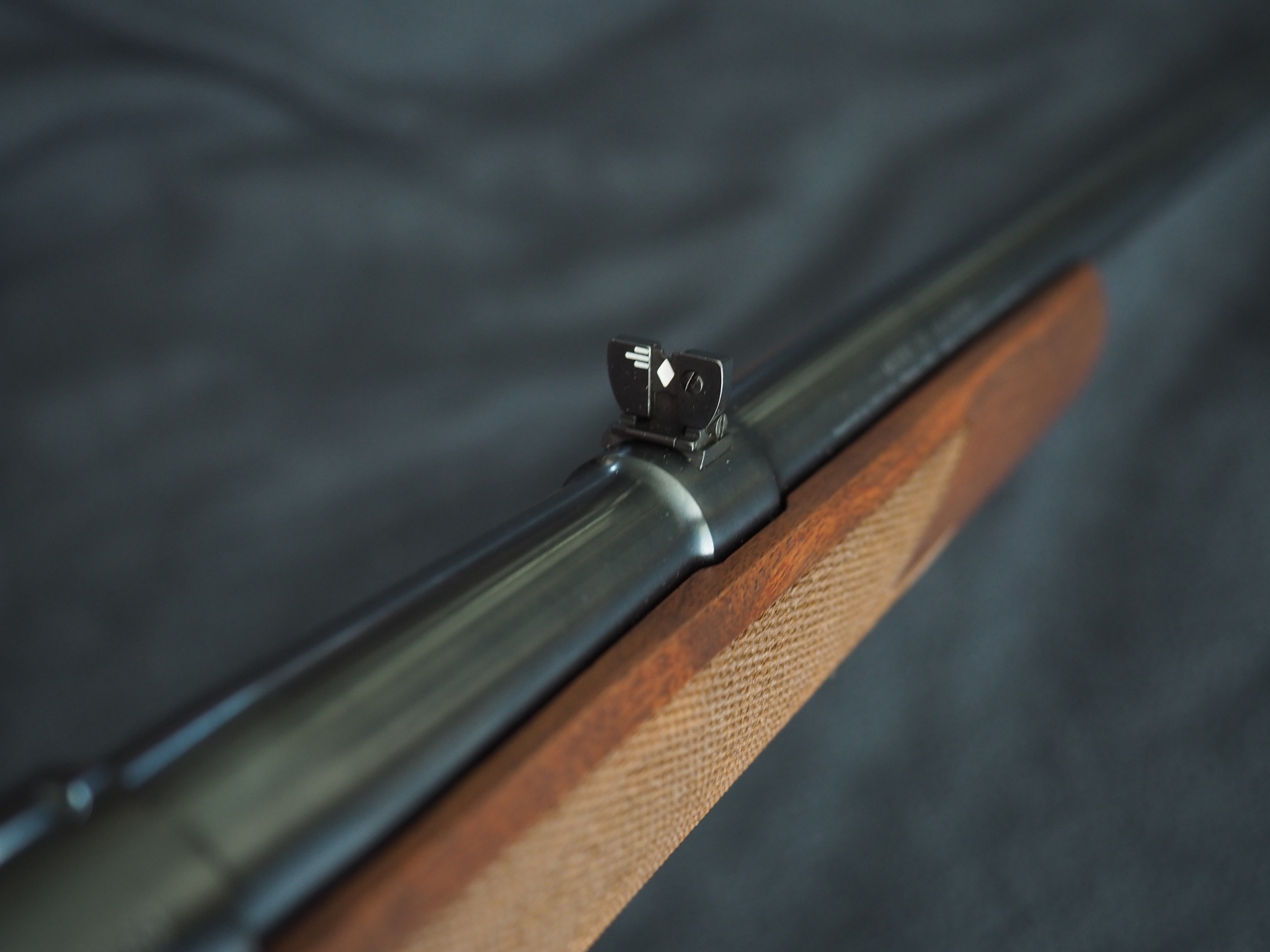 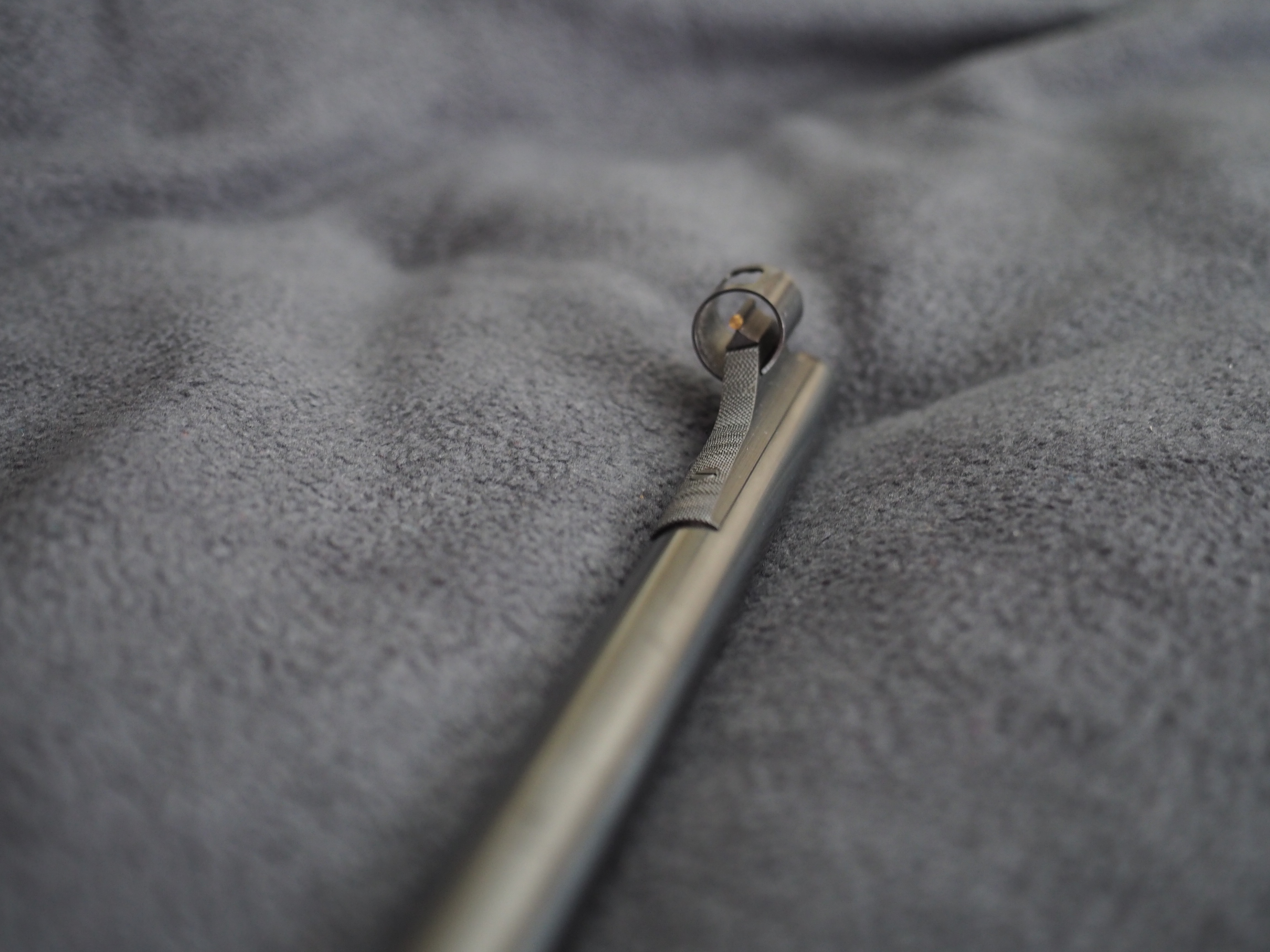 Door bell just rang, Midway package is here! Time to get the 2-7 Leupold mounted and some rounds loaded, what better to do on a 95 degree day with 61% humidity, a heat index of 115.

They named it the Alaskan because, aesthetically, it is patterned upon the M70 Alaskan of yesteryear.

From another location, regarding early M70 rifles:

"Standard grade rifles featured plain walnut stocks with hand checkering on the fore end and the handgrip area. Monte Carlo (elevated comb) stocks were offered on special order or in later production as a standard item. Most had 24” barrels. Featherweight guns were introduced in 1952. These featured a shorter 22” barrel with no rear sight boss, and the trigger guard and magazine cover were made of black anodized aluminum. The buttplate was also aluminum instead of steel, and the stock had two 7-inch holes drilled under the buttplate. The Super Grade guns had rather bulky cast quick-detachable sling swivel bases. The magazine covers for these had “SUPER GRADE” stamped on them. Redfield sourdough front sights were used, and the wood was a higher grade with more figure and deluxe wrap-around checkering. These had grip caps and black forend tips. They usually have engine-turned decorative polishing swirls on the bolts. The Westerner rifles were available in either .264 or 300 Win. magnum, and had 26” barrels. The Alaskan versions were chambered in either .338 Win. magnum or .375 H&H magnum, and had 25” barrels. The African rifles were chambered in .458 Win. magnum and had 25” barrels. Other versions were the “carbine” with a 20” barrel (1936-1946), Super grade Featherweight, Super grade African, National Match, Target, Bull Gun, and Varmint. Calibers ranged from .22 Hornet to .458 Win. magnum. All actions were “long”, with blocks in the magazine to accommodate the shorter cartridges such as the .308 Winchester and .243."

Great find! Can't wait to hear how she shoots!
Congratulations on an early Christmas!
Africa on my mind.

CTDolan said:
They named it the Alaskan because, aesthetically, it is patterned upon the M70 Alaskan of yesteryear.
Click to expand...

Edge
You must log in or register to reply here.