How do you regulate iron sights for DG bolt action rifle?
Some sights are fixed.
So, regulating is done once, to remain for the time being. (like for ever)

In my case, at 50 meters,375 HH, shooting with iron sights, point of impact is cca 5 cm (2 inches) below point of aim.
Would you lower front sight a bit, to get zero at 50?
Would you regulate for any other distance, like zero at 30 meters?
Keep it as it is?

@mark-hunter If you lower the front sight, secure the rifle and put something heavy like a denim rag on the barrel, to protect against mis-strokes of your file. Use a second cut file. A triangular example, no longer than 8”/200mm, such as I use to fettle auger bits would be a good choice. Always file in the same direction. Rasps are made for back and forth action, files are not.
A good shot at close range beats a 'hit' at a longer range.

Are you using a scope or primarily hunting with the irons?

If using a scope, I'd just leave the irons be - they are close enough for the load you are using today.
WOOOOOO!!!

Real close DG encounter? "In a fight-(use the) Front Sight!"
"I never knew of a morning in Africa when I woke up and was not happy." -E.H.
M

curtism1234 said:
Are you using a scope or primarily hunting with the irons?
Click to expand...

Scope is primary. mounts are qd.
Iron sights are back up. (until they become primary)

To paraphrase, iron sights probably I will not need, but in case I need, I will need it very badly.
That need can be either because of close quarters situation with DG, or because of some kind of malfunction of the optics, which is the main reason to have QD mounts in rifle.
Thats how I see it.

mark-hunter said:
Scope is primary. mounts are qd.
Iron sights are back up. (until they become primary)

To paraphrase, iron sights probably I will not need, but in case I need, I will need it very badly.
That need can be either because of close quarters situation with DG, or because of some kind of malfunction of the optics, which is the main reason to have QD mounts in rifle.
Thats how I see it.
Click to expand...

exactly, thats why I wanted to see with others, and their experiences, of proper regulating.

I would want them hitting just above the front sight at 50 yards.

TOBY458 said:
I would want them hitting just above the front sight at 50 yards.
Click to expand...

Agreed, Align the sights at the bottom of a 2” bull, bullet should strike the center. Some use 4”, I prefer 2”. In a pinch you want the point of impact/point of aim visible above the front sight.

WAB said:
Agreed, Align the sights at the bottom of a 2” bull, bullet should strike the center. Some use 4”, I prefer 2”. In a pinch you want the point of impact/point of aim visible above the front sight.
Click to expand...

This is how I aligned my irons. POI is 2" (5cm) above POA at 50 yards and it works well for both my wife and myself. If your POI is 5cm lower than your POA, that means you can not "see" where your bullet is supposed to be going. I'd make an adjustment to lower the front sight, which will raise your POI.

If it is a CZ550, the front sight is removable and the bottom is marked with a number. @One Day... addressed the sight height in another thread here. Not to mention he gives you the formula to correct your issue.
https://www.africahunting.com/threads/cz550-front-sight-blade-designations.60224/post-714504

We are also using scopes in QR mounts with irons only as a backup. We will usually practice with the irons for the last couple of shots of a range session.
“They that can give up essential liberty to obtain a little temporary safety deserve neither liberty nor safety.” Benjamin Franklin 1759

Given that you already have QD rings on your scope, another option would be to purchase an adjustable rear sight from NECG, they have a number of options available. Zero the rifle with the NECG rear sight then remove it and reinstall your QD mounted scope. I have this set-up on several of my 40+ caliber rifles.
C

I don't use a blanket number.

I wouldn't if I were you either. Take your load and find what trajectory you want with a ballistics calculator.

I bought the lowest white bead front from NECG, bought the Low rear from Wayne at AHR, and am filing it down now to regulate. I actually have an extra rear low, plus a med and high. And have all the other height white dots, plus the lowest green one, which unfortunately is higher than the lowest white, should I figure out my eyes just can't do white.

But to me, this is an iron sight only gun meant for stopping, to me, the ballistics gave me a picture of what I could do and what I could expect.

Is that acceptable and leave it alone? Perhaps.

Anyways, that gives you an idea, an expectation, a start, now gear it towards what you want and your load and then you'll know whereabouts you should sight in.

** one more thing, just simply moving my sight height with that same data, moving the sight height to 1.5" has me still zeroed at 15 yards, but near 5" high at 100.

I'm ok with a 1/2" POA-POI difference, that's why I went with sights as low as possible, you may be fine with different numbers. I'd also rather sacrifice out further than closer because this is for stopping.

But something of which to be aware, because it's a big deal, 1.5" high sights means at Mark Sullivans 10 foot stopping distance I'd be over an inch low just because of sight regulation alone.

That's just an example, nobody get excited about the name and turn this into a Sullivan thread.

So, I'd say check the numbers and get yourself what you want, you may want these regulated specifically for stopping, meaning you may want to zero them at 5 yards, and you don't care if that means you're 10 feet high at 100yds, 100 yds isn't in play, it matters more that you don't die because your POA-POI gap was big at very close ranges.
M

Being total old fashion, i decided for german QD swing mounts, for swaro 1.7-10x42.
German swing mount bases are installed on dove tail.
But in this system, when looking over the scope bases, iron sights are not visible, view obstructed by scope mounts bases..

So, my gunsmith had (in combination with few other upgardes - but now I am speaking about sights, on this thread), so he had to:
- raise rear sights (by installing a steel doubler below the sight, inside dove tail.)
- raise front sights (by changing few of them, different height to allign POA/POI)

And we had to zero the sights in the process. We went both to the range.
When I made this thread the first front sight was a bit high, and rifle was shooting 2 inches low at 50 meters.
Then we reinstalled, new one, lower type. (8mm btw)

Finally. with 100 meter set on rear sight, rifle with new front sight hits exactly at point of aim, at 50 meters. First 2 hits were a bit to the left, cca 2 inches,but perfectly allinged with center for elevation, and the rest was easily adjusted by adjusting windage on rear sight.
Final two sighters were dead on in center of target at 50 meters, exactly at the point of aim.

I did not want to change nothing any more. I was happy.
Will post some photos tommorow.
M

As promissed above, few photos on the subject of scope mount bases, and sights regulation.
Photos made by mobile phone, so not exactly top quality.
But I beleive it will be selfexplanatory. 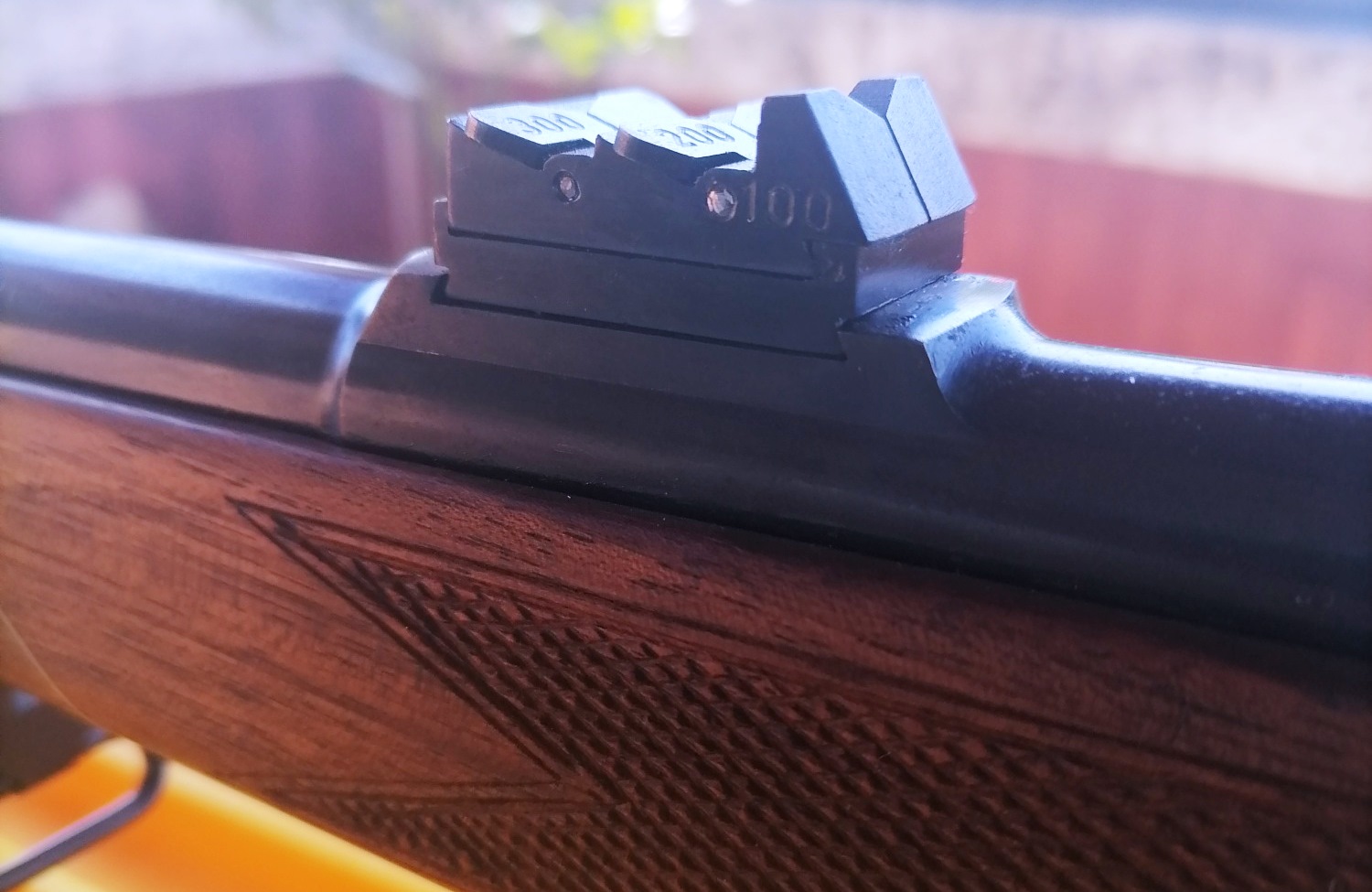 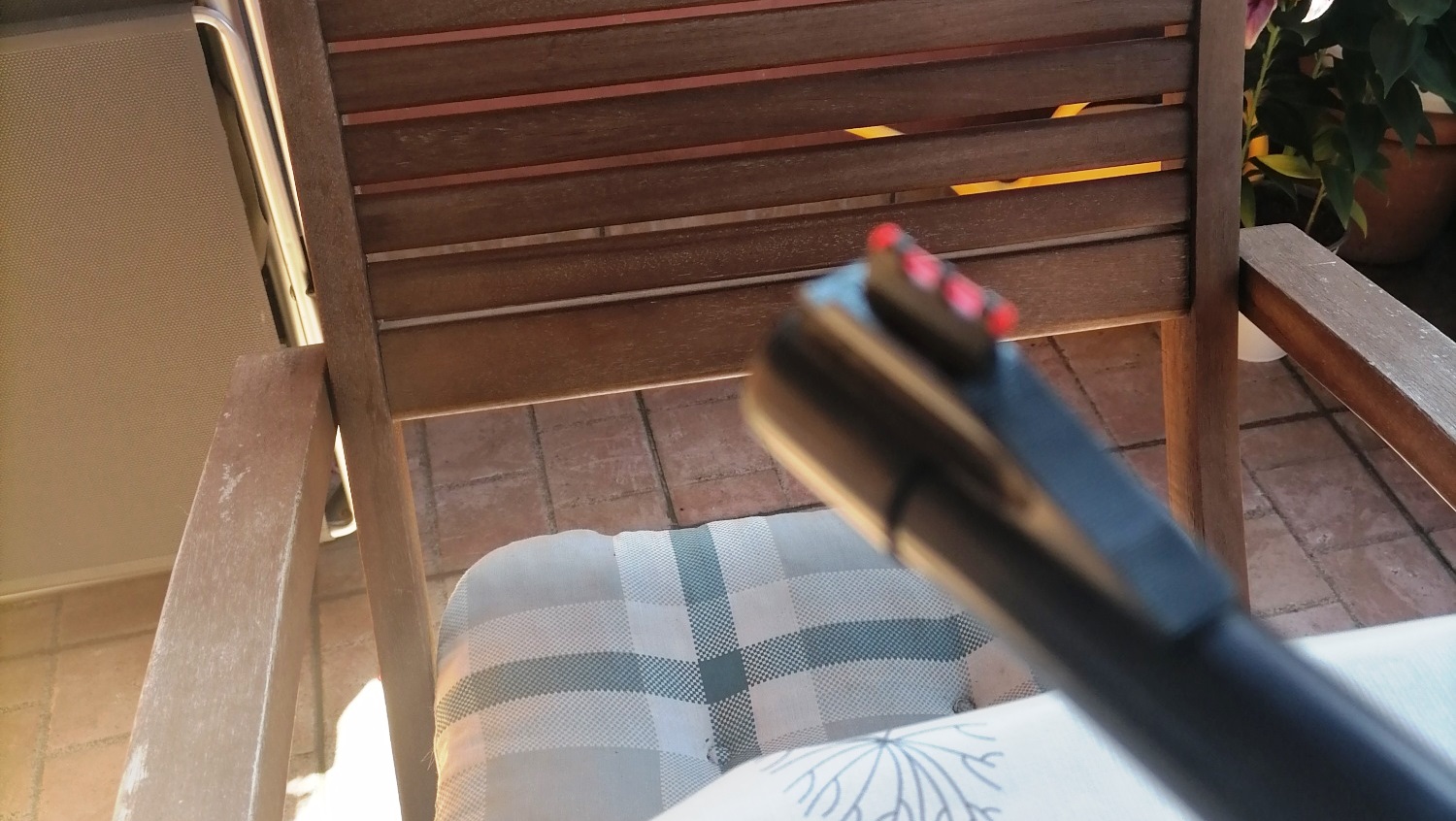 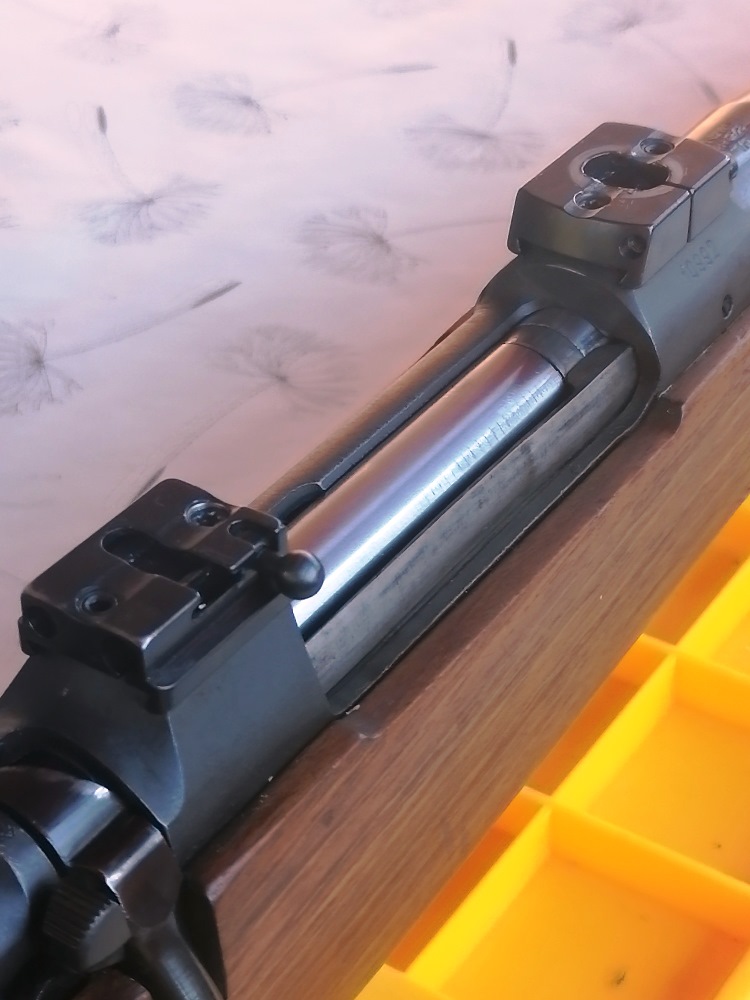 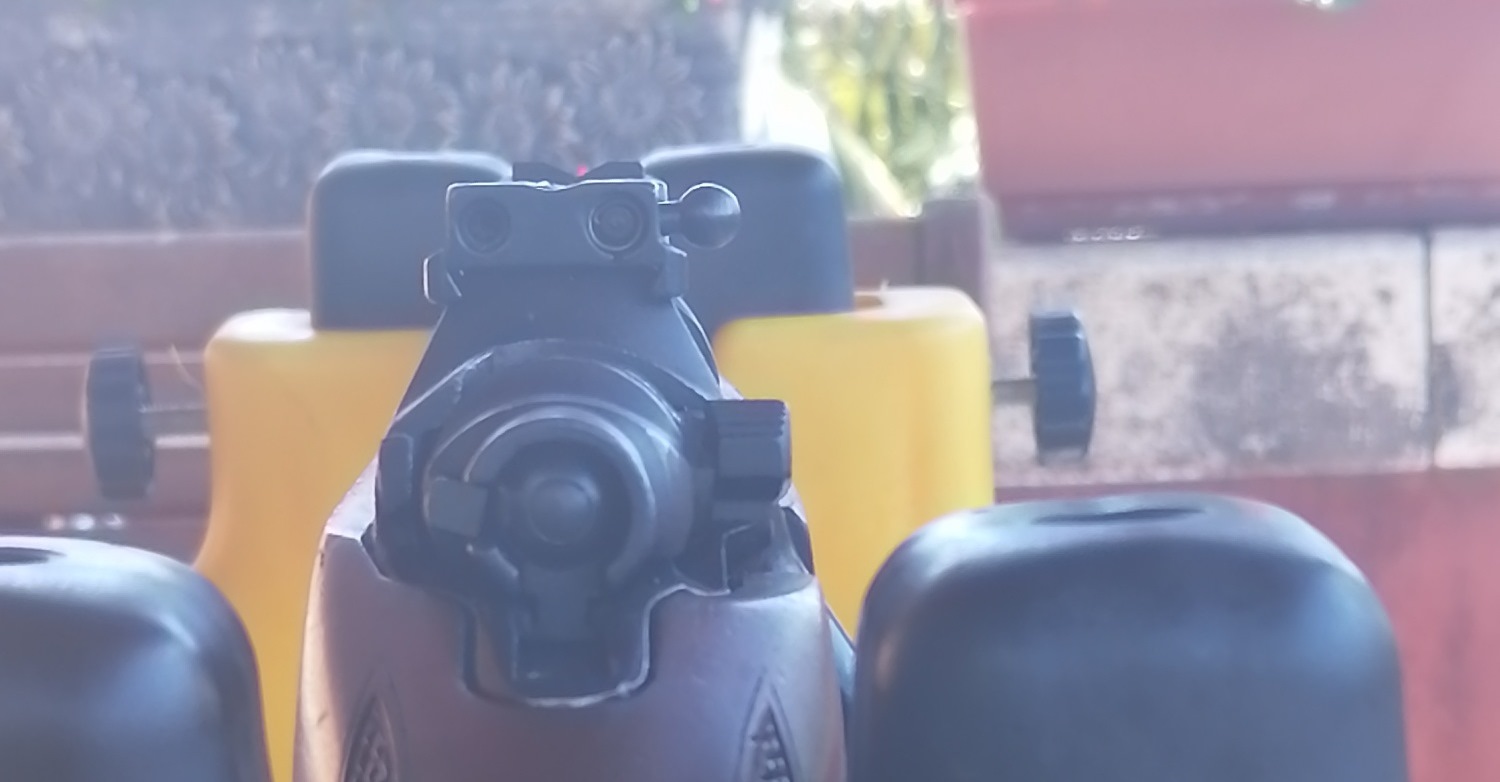 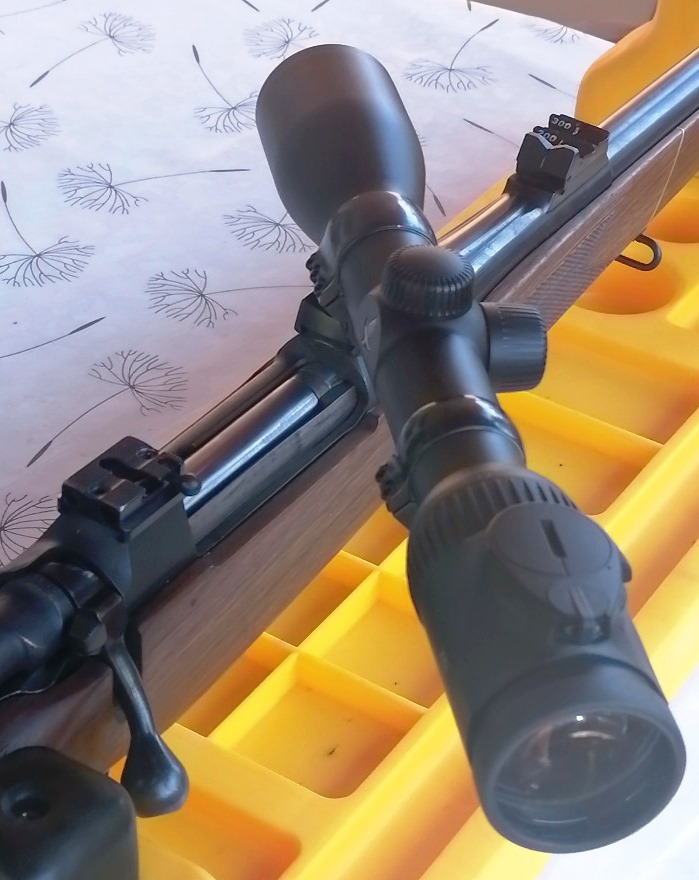 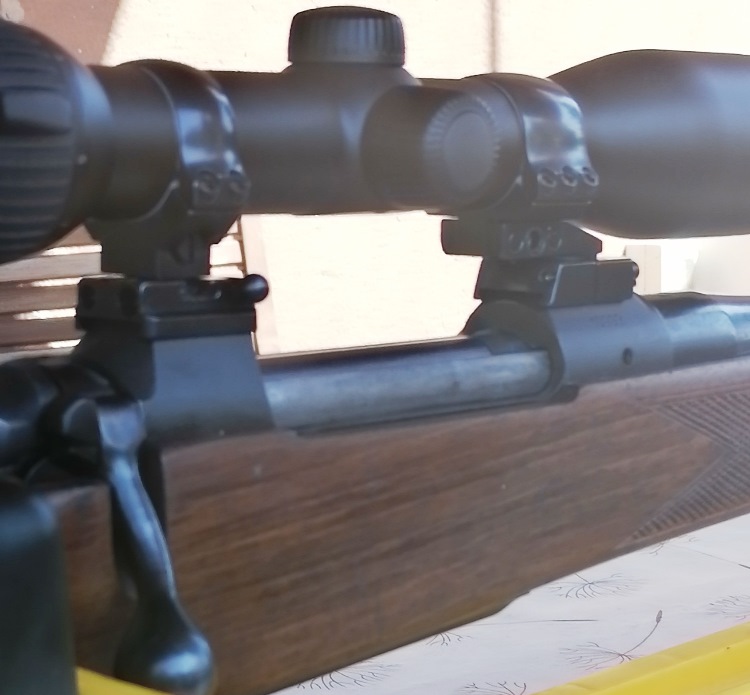 @mark-hunter - I was looking at your setup and had a couple of questions about the height added to make the German Swing Mount system possible.

I was looking at the difference between your ZKK602 vs my old CZ550. Granted, my scope is only a 1" tube and yours is a 30mm, but the difference in height from the bore is significant even with the naked eye. My concern is that the rifle fits you properly and the sights come up naturally, whichever you are using at the time.

“They that can give up essential liberty to obtain a little temporary safety deserve neither liberty nor safety.” Benjamin Franklin 1759
M

If I wouldnt have german swing mount bases installed, so if it was with original setup - dove tail only, sights would be visible as designed. Once this type of mount bases are installed, they allign exactly with top of rear sight, covering the notch and front sight. This means, iron sights are 5 mm, too short approximately.

So, with this type scope mount bases, sights are not visible.
This also means, if you install rings directly on dove tail - sights they will be visible.

This is montecarlo type stock, it fits me all very good, I alse have a longish face confirguration. So cheek weld is very good. when using both scope, or/and mechanical sights.

Now from this rifle, in subject, I so far fired maybe 20 shots, for initial testing and later regulation of sights. Next phase is a bit more training, and deeper familiarisation, on different range distances and few other types of ammo. I will also test 200 and 300 meters express sights to see how they perform. 200, 300 meters is optimistic, but to me it is nice, nostalgic touch.
You must log in or register to reply here.

N
Ideal Rifle for Dual Use
2