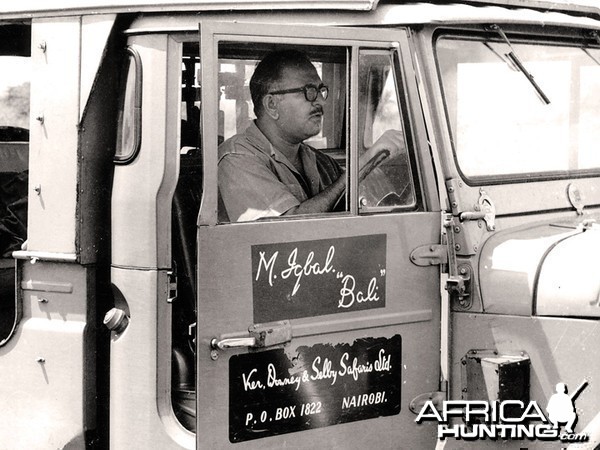 He was known to all as Bali was such a jolly, warm-hearted man that people used to say his heart was as big as Bali himself. You could not mistake Bali Mauladad; once seen never forgotten. Any man 6′ 1″ in his socks, and weighing 2501b. deserves the soubriquet, Hefty”. He had black hair, almost black eyes, and a near R.A.F. type moustache. 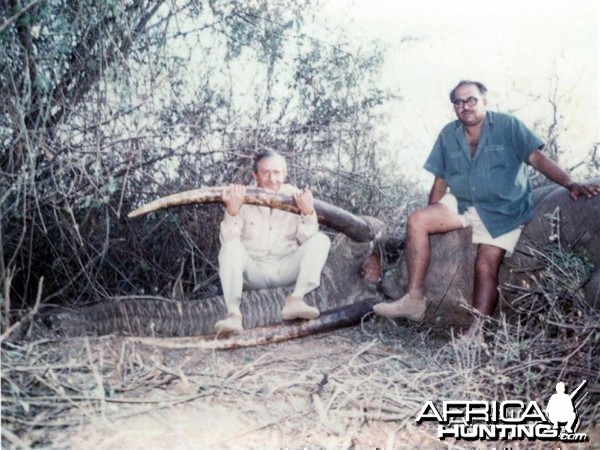 Bali to the right.

Born in Nairobi, Kenya in August 1926, Bali was the son of a well-known building contractor. Bali’s father, Chaudry Mauladad, a millionaire, who made a fortune from his civil engineering contracting business in East Africa and wanted Bali to follow in his footsteps. As a “toto” Bali was full of mischief. He often played truant from school, going off to Nairobi City Park with chums for stealthy cigarette drags or into Limuru Forest shooting at birds with a catapult. But the care-free, happy-go-lucky lad was not cut out for a business career. In fact he was the “naughty” boy of the family. As he grew up, Bali left the business to be managed by his, brother Basheer preferring to live on the trust money left to him by his Dad and working as a hunter with Kerr and Downey. 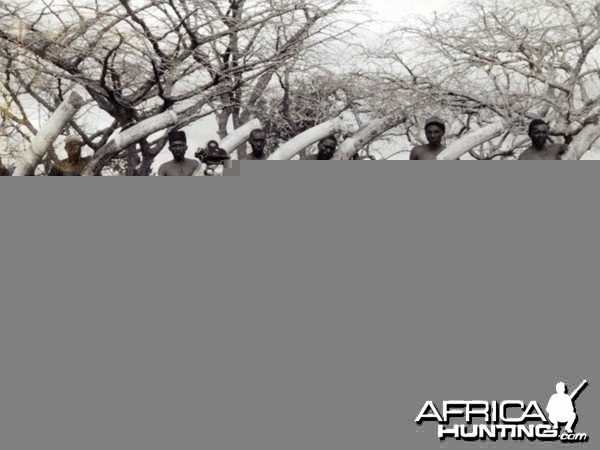 Bali to the right, sitting.

Bali was an Asian but in his veins flowed the blood of Africa. He was born in Nairobi, educated in Nairobi and lived most of his life in the Kenya bush, where he pursued the life of a big game hunter with the zest of -”Simba Mbili,” his Pathan hunter hero who was reputed to have killed two Lions with a single shot near Mitito Andei at the turn of the century. 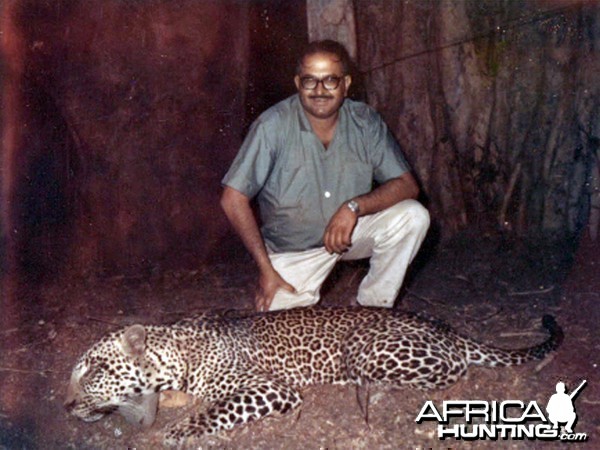 Hunting was not his only passion. He was also fond of cricket, car racing, good food and good scotch. The talk at any bush camp fire was never dull with Bali around. He could spin yarns like a sailor and cronies say he could drain a whole bottle of Johnny Walker during a single night, sleep it off and be as sober as a beak in the morning. Bali was a keen cricketer in his younger days. Sports buddies like Sat Punja recalls that Bali would sometimes persuade the umpire to let the match run for an extra over with a dash of 10 bob. Or quietly tell the team captain-to let him play opening bat by flashing a 1 pound note at him. 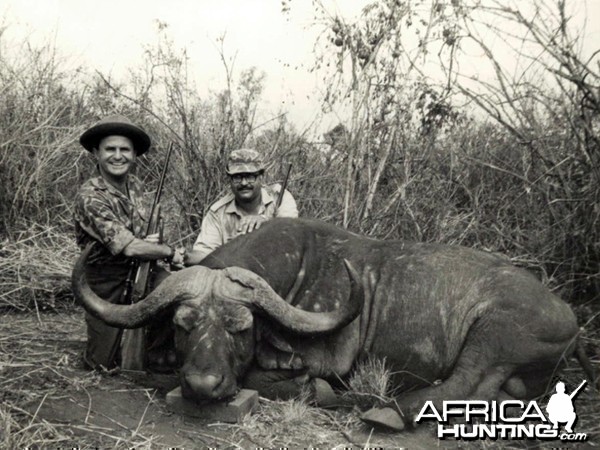 Buffalo and Bali with client.

As a player he was mediocre but the enthusiasm for the game never left him. He became an ardent cricket fan. At many international matches in Nairobi could be seen Bali`s own special tent pitched and stocked with cases of beer for his close friends. Often he would announce a special trophy for the player who scored the highest and there are about four Kenya sportsmen who hold special “Bali’s trophies.” Motor racing was another of his passions; he was in four Safari Rallies. 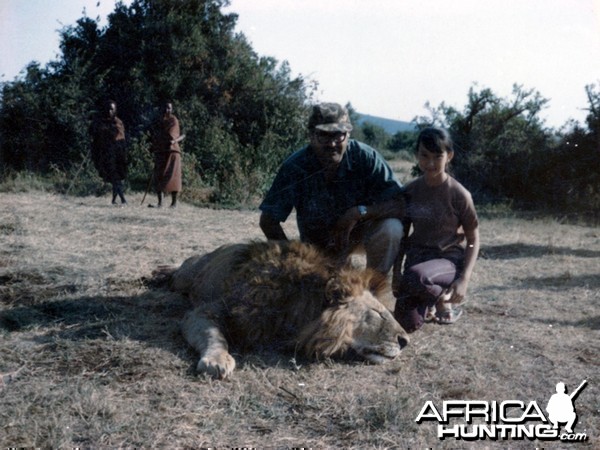 As a car rally driver, Bali took part in innumerable Kenya rallies and competed four times in the East Africa Safari. He always drove confidently, with a bit of hootch inside him. It was no mean feat to complete the full course in all the four Safaris and win a place in one. 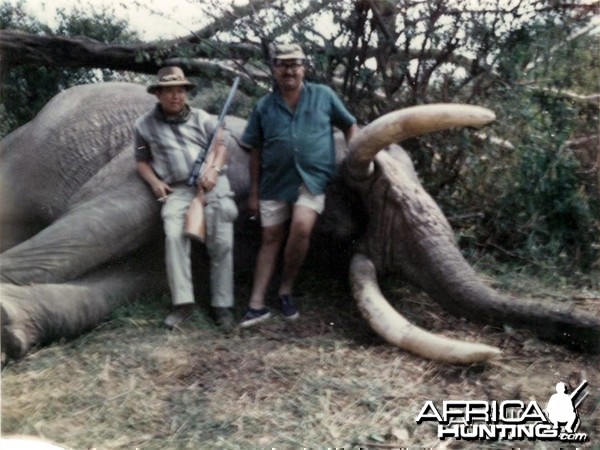 As a big game hunter he was unique, being the first non-white ever to be admitted in a exclusive professional Hunters’ Association. His clients included American millionaires, Indian Maharajas, Greek oil tycoons, and Ethiopian diplomats. With his six foot hulk, 215 Ibs. of muscle, shock hair and bristling handlebar moustache, he cut a dashing figure for which pretty women often made a bee-line. But he had no time for them. 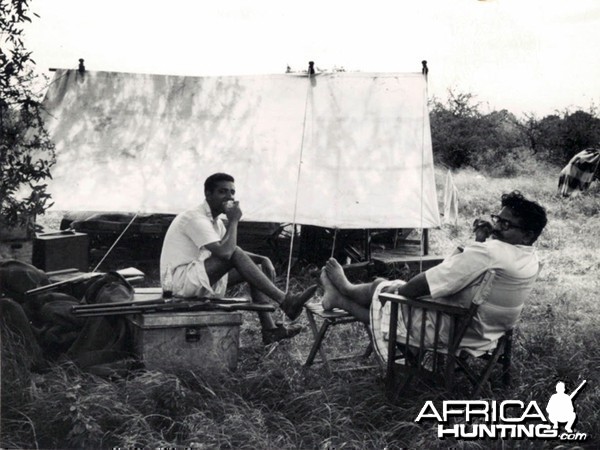 The bags of trophies of his clients included hundreds of elephants, lions, leopards, buffaloes and other wild game. American newspapers often described him as one of the greatest elephant hunters of all times. The clients often got tusks of over 100 pounds each. Bali himself created a record by netting tusks weighing 150 and 152 Ibs In 1967 he was awarded the Shaw & Hunter trophy for producing the finest trophy for a client during the year. 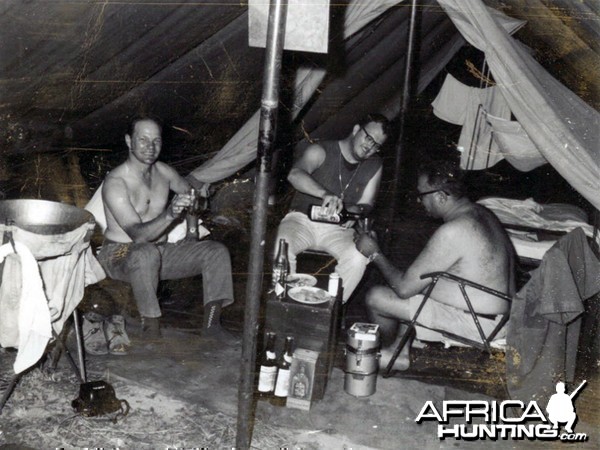 His close shaves with wild game became legendary He made a miracle escape from a herd of stampeding elephants in Uganda He was mauled by on angry wounded leopard ‘(which put him 20 days in hospital). He was gored by a furious buffalo... 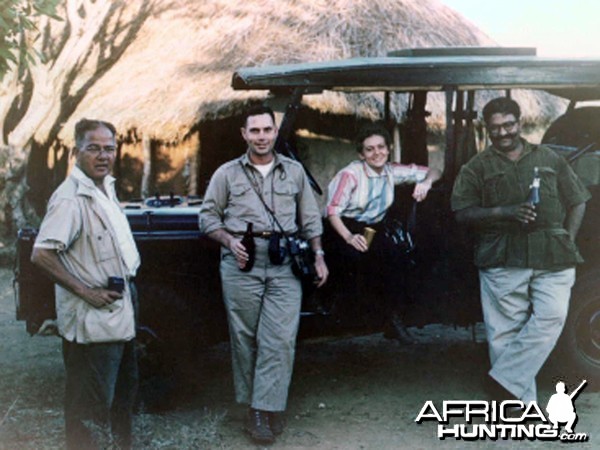 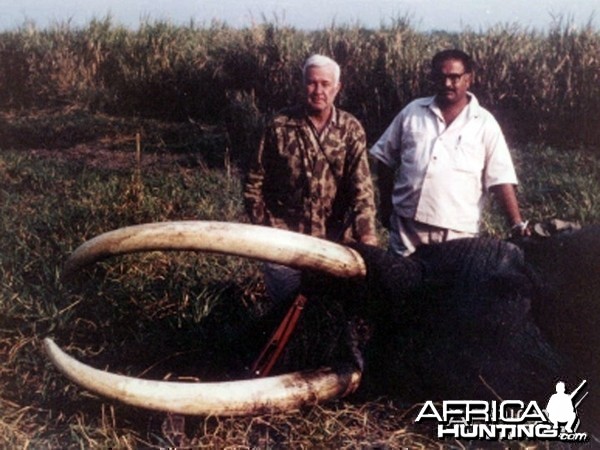 They pumped nine pints of blood into his huge frame at Nairobi Aga Khan Hospital. But the fabulous “Bali” was finished. His liver, unable to take any more hooch, had burst. He died during the night. But the ghost of that bewitching smiles lingered on Ball’s face as his cold body lay in the iron-roofed shed of the Muslim cemetery, decorated with scores of exotic wreaths- from American millionaires like Bill Ryan, big game hunters like Kerr and Downey and African drivers of the Game Hunters and Safari Workers Union. High and low, Europeans, Asians, Africans, Hindus, Muslims and Sikhs filed past his body in silent tribute, before it was laid to rest to recitations from the Koran. 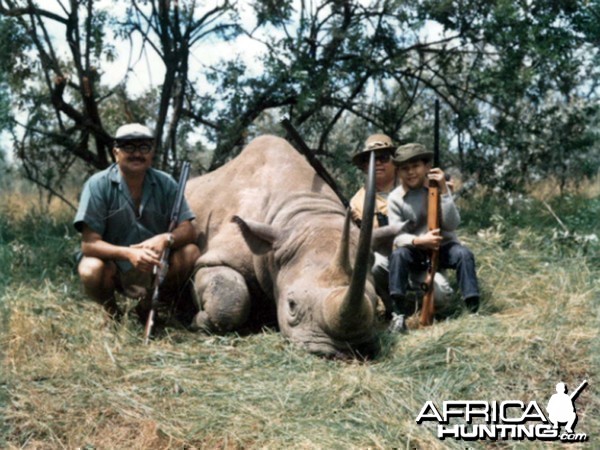 For a long time to come, wherever sportsmen, rally drivers and hunters gather, they will talk about Bali, the incredible. A great Hunter and a Rally enthusiast... 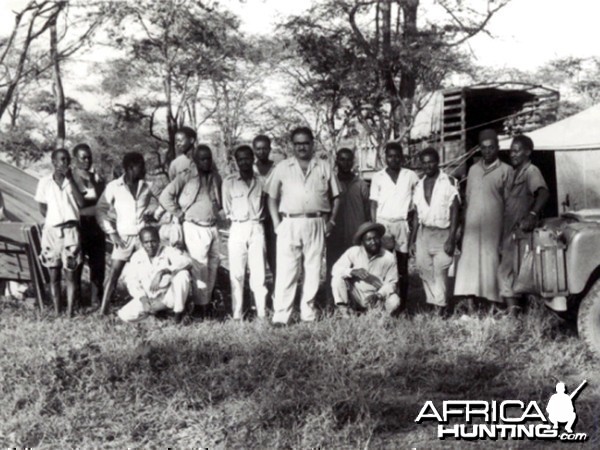 Hi Monish,
a very nice chronik about him you made.Thank you.
Here (only) a few sentences from the old times.
I think we should make a few dokumentations about some PH here in AH.
Maybe in 10/20 years is all forgotten (and damned).
Foxi