I got to take my dad and kids fishing... 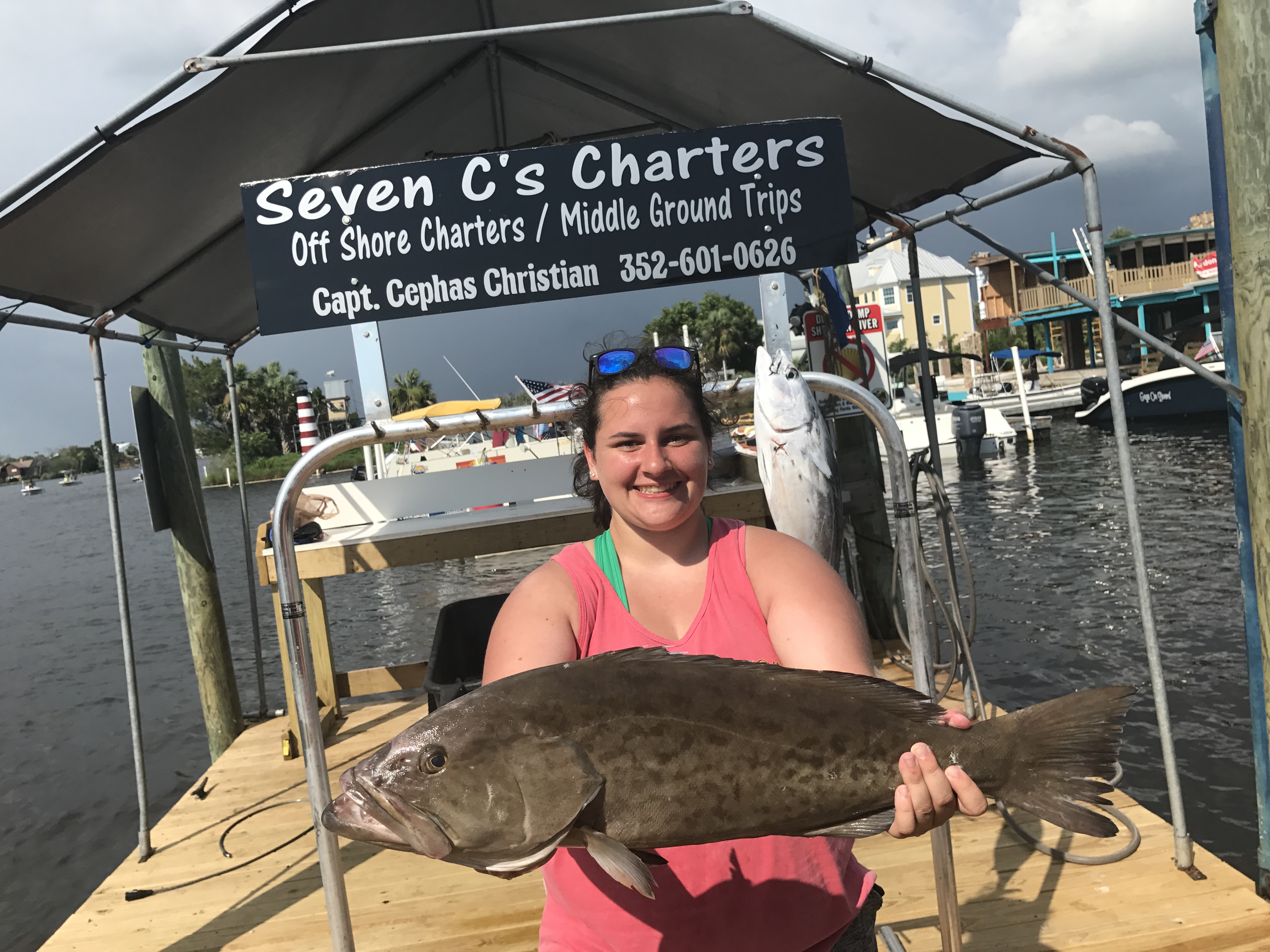 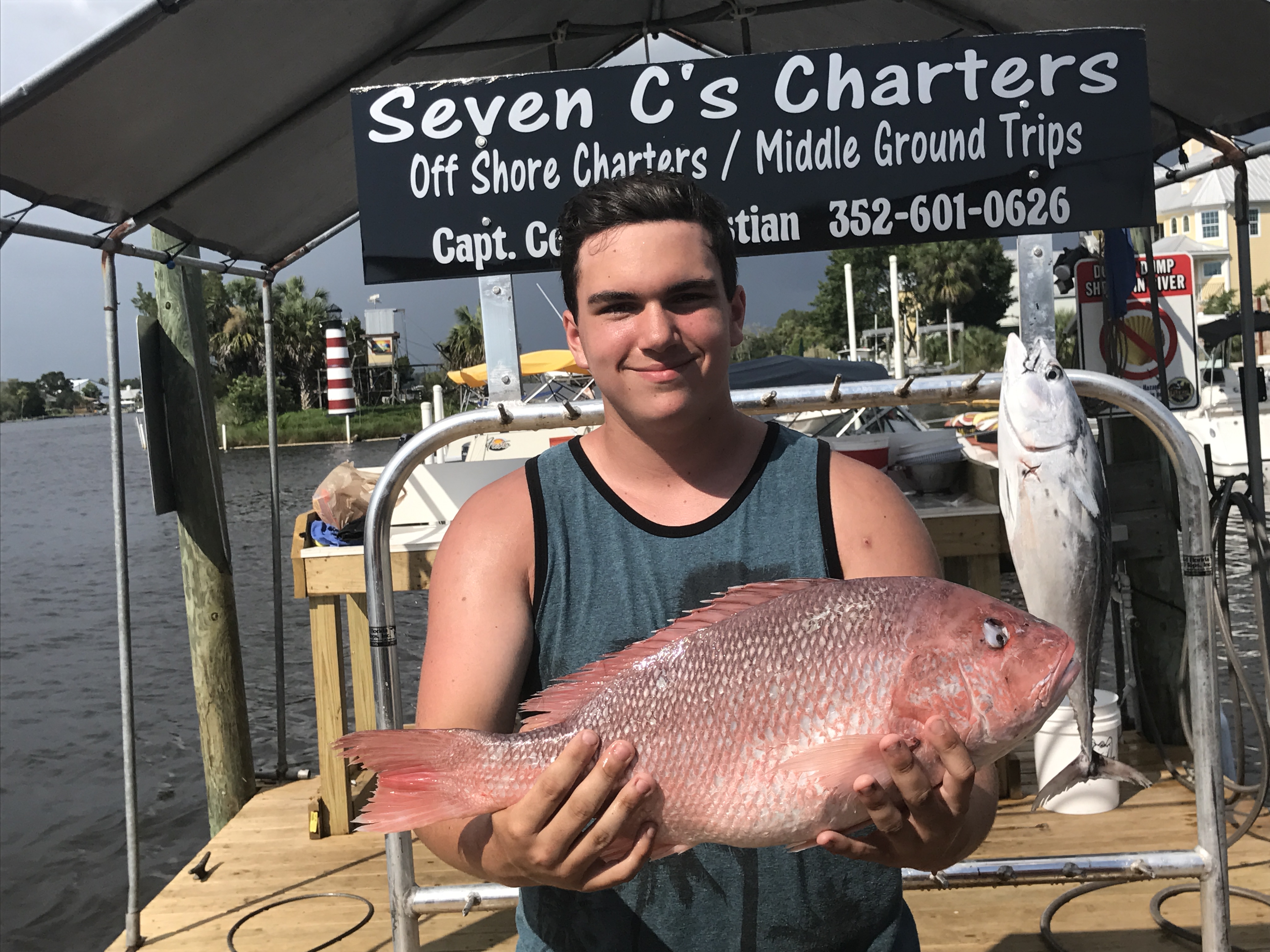 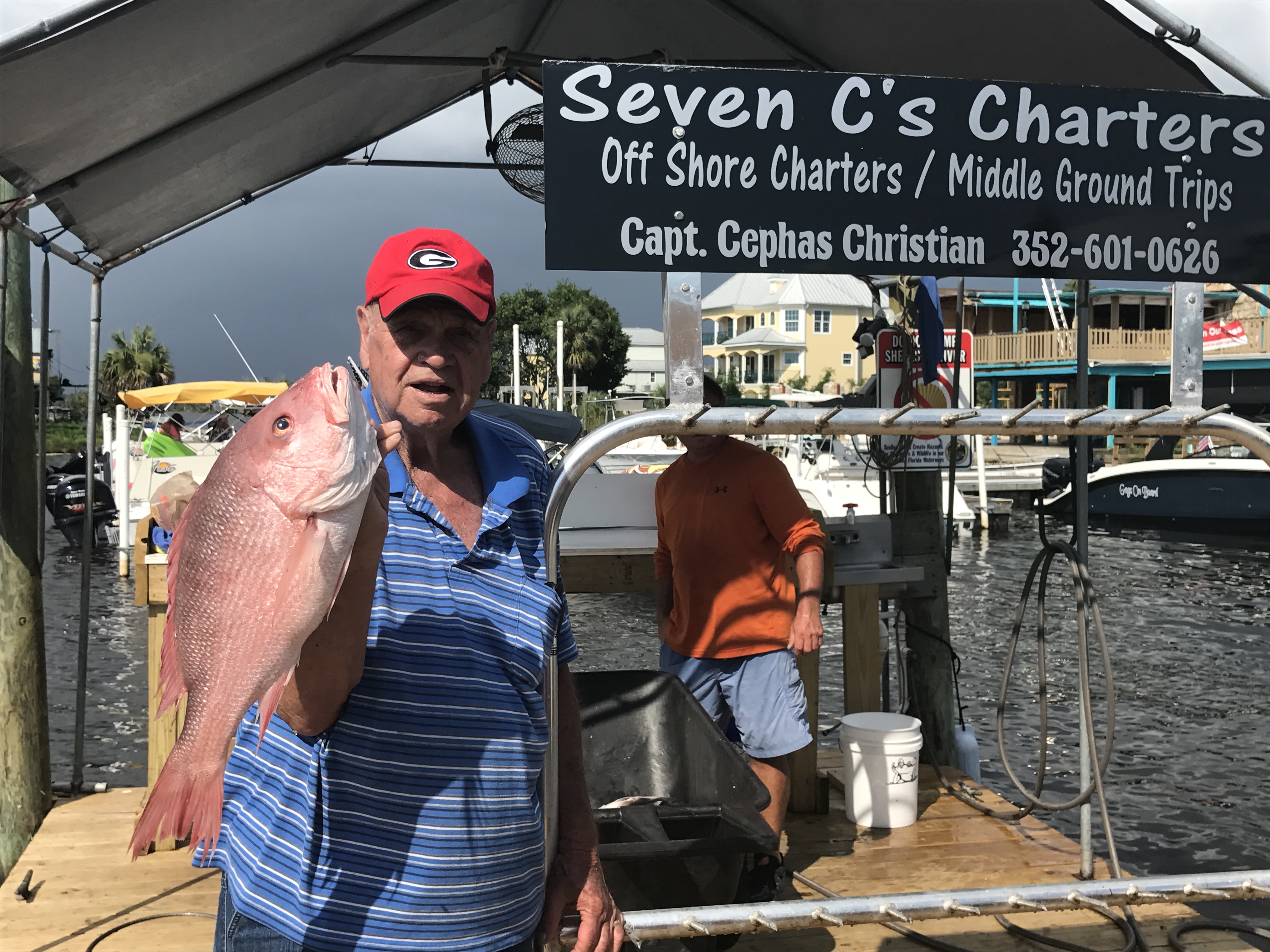 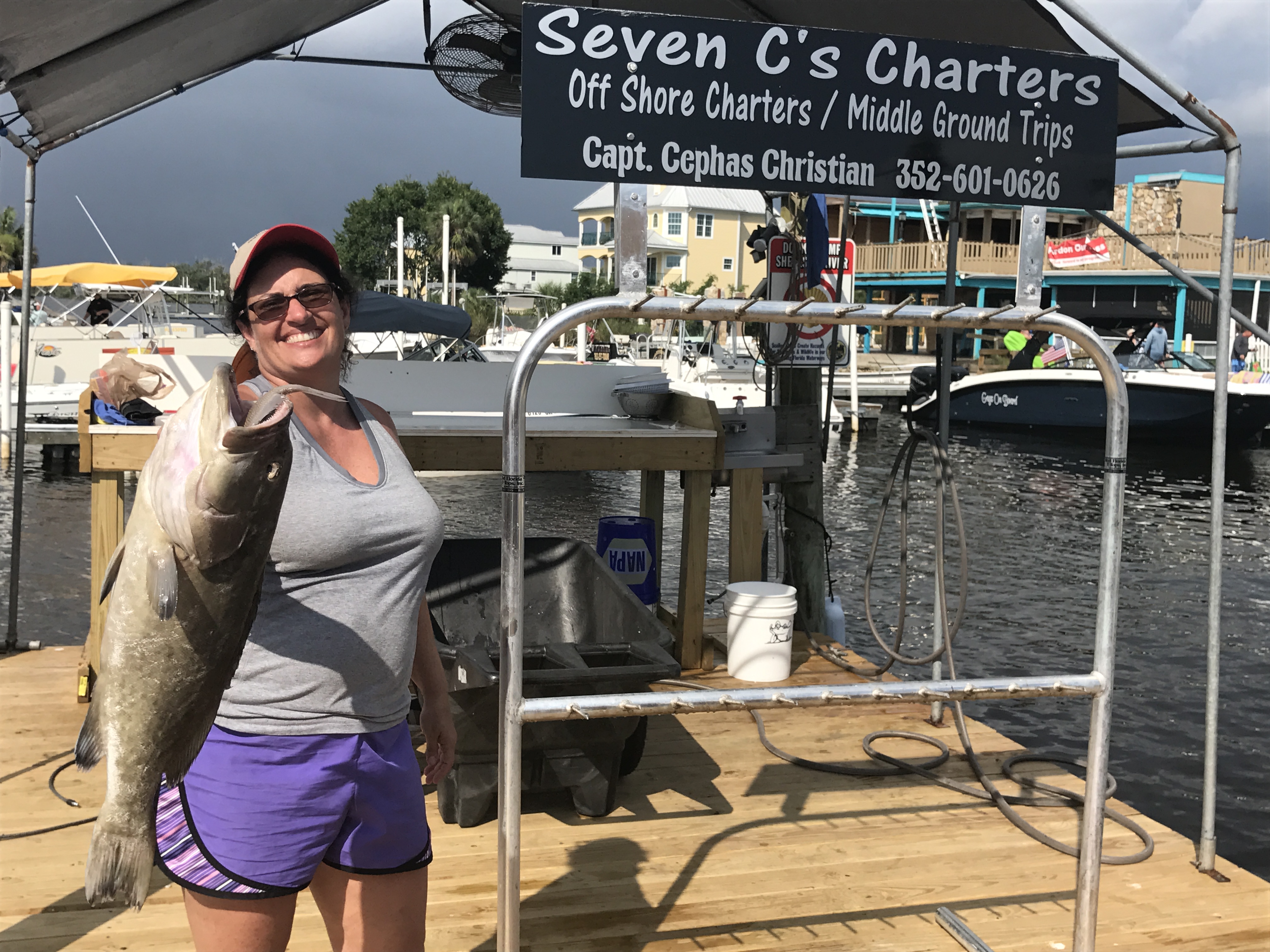 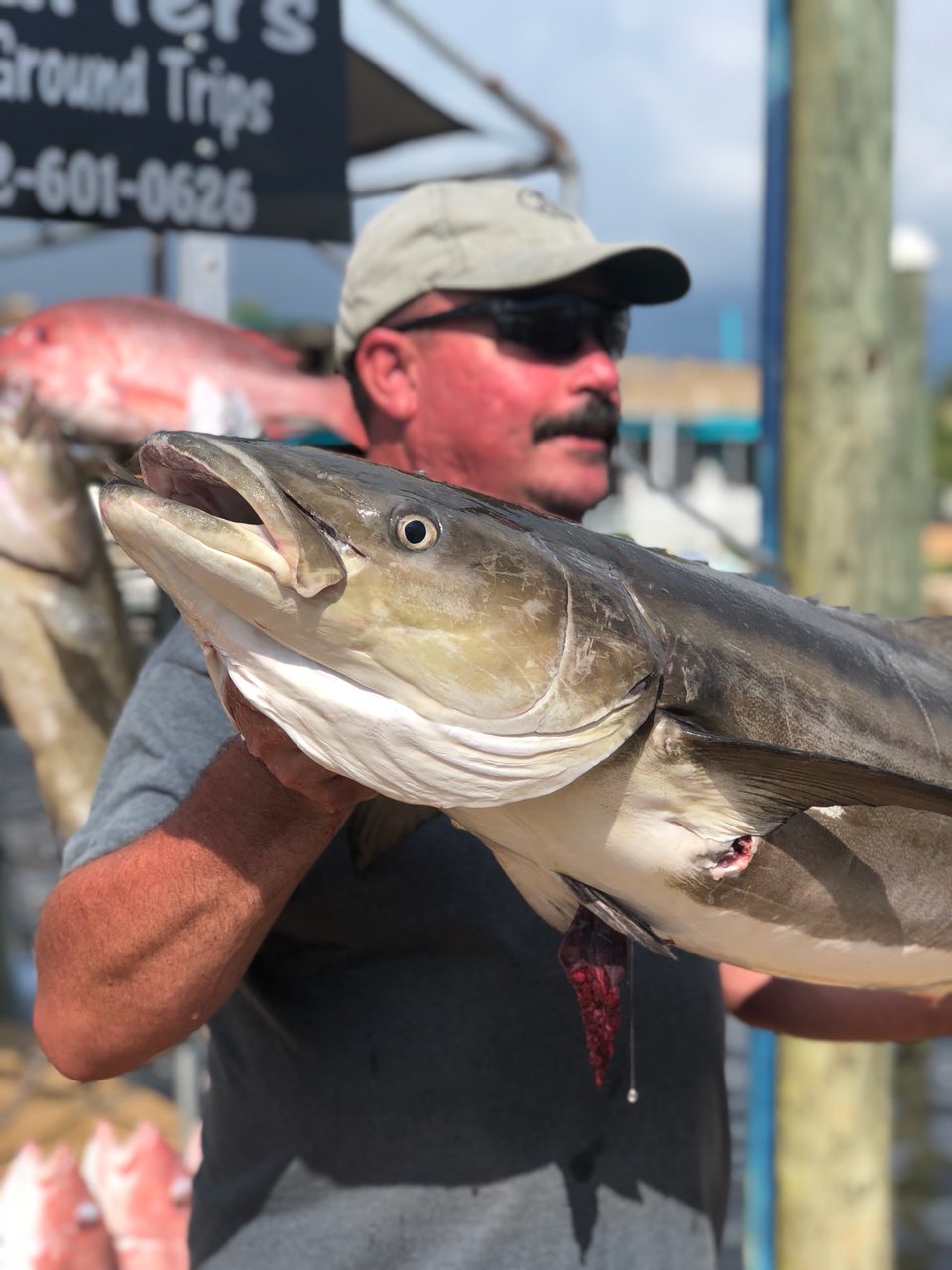 I grew up with deep sea fishing trips with my dad as an annual summer tradition. That continued after I got married and for a good 10 or 15 years my wife and I would plan a summer vacation usually to Orange Beach, Al with my parents. More often than not, we did a blue water, overnight tuna trip during those years.
Of course, with the passage of time the only constant is change. Our last tuna trip was 10 years ago. My dad was 75 and 48 hours off-shore was very hard on him. My son who was 5 years old at the time went along but was too small to fight a tuna and ended up feeling like he was in jail! The next few years dad had some health problems, heart, knee replacements, etc. Cindy and I took our kids to the Keys in search of smaller and more numerous fish so they could enjoy our trips too.
This year though we realized we had a couple high school athletes- stronger than both of their parents. They love to fish off-shore and have grown up hearing about tuna and marlin adventures. We began making plans for tuna out of Venice, LA. Then my dad had another heart scare: dead pace-maker battery. He also mentioned when he was in the hospital that he would really enjoy "one more" salt water trip. I quickly scrapped plans for tuna, called a buddy in Homosassa, FL, sent an e-mail to Captain Cephus Christian of Seven C's Charters and booked a red snapper trip for July 2nd for me, Cindy, my dad, and two teenagers, Lily and Joseph.
We limited out on red snapper. The two ladies both caught keeper grouper. Joseph landed the biggest red snapper. My dad caught several nice snapper and some grouper that were just undersized. My last two fish of the day were both bonus fish. The first was a 24" mangrove snapper- great eating, very big for anywhere, and an additional keeper snapper! On the very next drop...I was in for the most brutal 10 minute fish fight I've ever had. Something very big ate the live pin fish I was using for bait and tried to run characteristic of a pelagic game fish! As it broke the surface we could see it was a huge cobia.
Since we were fishing heavy bottom rigs the fight was short and hard on me and the fish. I wasn't sure which of us would end up on the ice but in the end she came aboard with two gaffs and in the box she went. Cold Landsharks all around for the grown ups on the ride back! Two days later I'm still a little sore and bruises are fading.
We did eat cobia steaks for supper yesterday. I am so thankful to have had this time and made these memories. Dad will be 85 next month and has been fishing off-shore for more than 60 years. He took me the first time about 40 years ago. Once you eat the fish you are left with the memories and some pictures. I hope all your's are as good as mine on this trip.
Last edited by a moderator: Jul 4, 2018

That's awesome. Pretty hard to beat a good day on the water (and fresh fish for supper!!!)...and better to enjoy it with your family!
"I don't need to shoot farther...I need to hunt closer." - G. Sitton

Sounds like a heck of a trip, and some good eatin too!

Great family outing! Thanks for sharing.

Thanks guys. Really special to me as I can see the old man really is old now and, though he did well, we had to help him in and out of the boat and he had to fish sitting on a cooler. He never asked for help fighting a fish though!

I do believe there is a chance that this was our last trip together. We were fortunate enough to book with a really good captain and have a great day. It would be unfair to ask for more.

Congrats, very nice to have the family making memories together as memories last forever and those we love are gone too soon!!
Bowhunter addict

You are very lucky to have a healthy family who enjoy the outdoors with you. Apparently your dad did a good job taking you outdoors.
Congratulations on some delicious fish!
Africa on my mind.

great fishing,mate
three generations on one boat is something the charter company wouldn't see every day
and telling by the smiles .you guys will be reliving it for years to come
thanks for bringing us along on your family outing
THE HUNTER; The person that pays over 90% of the cost for the presavation and maintance of wildlife and gets zero credit for it ................

Ridgewalker said:
You are very lucky to have a healthy family who enjoy the outdoors with you. Apparently your dad did a good job taking you outdoors.
Congratulations on some delicious fish!
Click to expand...

Yes sir, he did. Dad has never been much of a hunter. Small game only as he likes steady action and has never been into waiting for anything to happen for long. However, he always has loved the outdoors and I have eaten more fish caught from creeks, rivers, ponds, lakes, and the Gulf of Mexico than bought from any store. My son takes after him, prefers fishing for the activity of it, while my daughter is perhaps the most patient- and deadly- young hunter I've ever met. I'm proud of them all.

I'm so thankful my kids have gotten so much time with my dad. I only have stories of my grandpa on dad's side since he passed only a few months after I was born. By all accounts he was ALL MAN though.

Well done. Spending time with family is always worthwhile. My dad is in his 80's and tough on him to get out. We have a walleye fishing trip planed for 2 weeks from now. Should have 4 generation on my boat on that trip......
Bruce

Absolutely love hearing about families making outdoor memories! you were obviously blessed with a loving father, and it appears you have taken up the mantle.
Congratulations and thank for telling your story!
You must log in or register to reply here.

A
Fishing in Panama