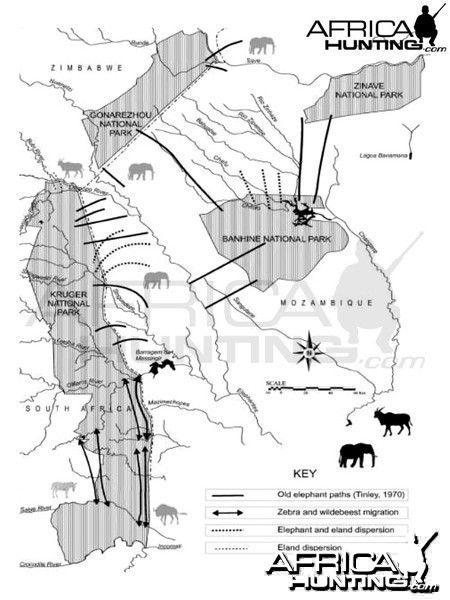 1. Executive Summary
The recent opposition to the hunting in the Associated Private Nature Reserves (APNR) has been orchestrated by persons who are either philosophically opposed to hunting or, for various reasons, have a grievance with the APNR management. We respect a person's right to hold a view that opposes hunting, and know that we will probably never change this. However, in our case, we find that often the ecological facts are being twisted to fit ethical arguments.

The APNR is an informal forum where its member reserves come together to discuss and consider issues of common concern. Its member reserves presently comprise Timbavati, Klaserie, Umbabat and Balule Private Nature Reserves. The Reserves form a buffer-zone to the Kruger National Park (KNP). The total size of the APNR is approximately 185,000 hectares. The Timbavati, the oldest of the Reserves celebrates its 50th year of existence in 2005. (see map on following page)

Very limited commercial and trophy hunting is conducted by all of the Reserves within the APNR. All of the individual Reserves are associations- not-for-gain and hence all proceeds generated by such hunting activities are applied almost exclusively to the aims and objectives of the Reserves, being the conservation, rehabilitation and management of the fauna and flora within the Reserves.

The sources of revenue available for the Reserves are effectively limited to:
- sustainable utilisation of the resources within the Reserves,
- eco-tourism, and
- the individual landowners within the reserves.

It is generally accepted that sustainable hunting has a far lesser impact on natural resources than eco-tourism. The reserve Associations rely extensively on hunting and the landowners themselves as sources of income. An eco- tourism bed-levy contributes to the operating costs of the Timbavati. Hunting cannot be replaced by eco-tourism: this is a common misconception. Many areas within the APNR are not suitable for eco-tourism and any potential effort to generate revenue from tourism would not be viable

The effect of the sustainable utilisation policies of the APNR on the biodiversity of the area are so negligible it cannot even be measured.

Conversely, removing hunting as a source of revenue will have a detrimental effect on the ecology, employment and community projects in the area and may result in a reduction in size of “open area” buffer zones in general.

We believe that the development of trophy/ commercial hunting adjoining National Parks and other state owned protected areas can be an effective strategy in expanding the area of land devoted to biodiversity conservation, by developing an economically viable and sustainable form of land use in communally and privately owned areas that would otherwise be unproductive for agriculture. This appears to be in line with the aims and objectives of national legislation in the form of the Protected Areas Act 57 of 2003 and Biodiversity Act 10 of 2004 (PAA).

The process applied by the APNR is allocating hunting permits is consultative and is decided in collaboration with the KNP and the Limpopo Department of Economic Development, Environment & Tourism. (DEDET).

The APNR conducts hunting on a legal, sustainable, ethical, scientific and measurable manner. In addition, its hunting practices and policies are conducted in accordance with the APNR Management Plan, the APNR Sustainable Utilisation Protocol, the APNR agreement with SANParks, and with prior consultation and approval of the KNP and Limpopo DEDET. Furthermore, hunting is permitted by the internal Constitutions of each Reserve.

Sustainable utilisation is an internationally recognised practice and forms the basis of the Convention on Biological Diversity, which South Africa ratified in 1995. All new legislation in South Africa, including the National Environmental Management Act, Biodiversity Act, and especially the Protected Areas Act (PAA), allow for sustainable utilisation in protected areas, including nature reserves and national parks.

We trust that the panel will objectively evaluate the facts surrounding the issue, and the wider ramifications that their recommendations will have on increasing the area of land devoted to conserving biodiversity in South Africa. We hope that the panel's recommendations will be on the basis of principles that will further the interests of biodiversity conservation, sustainable rural development and of making optimum use of marginal land in southern Africa. 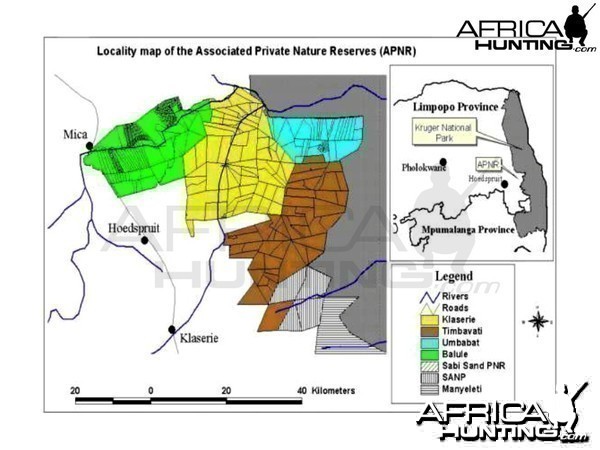 Download the entire presentation at View attachment 2755.
Last edited by a moderator: Dec 1, 2016
Jerome Philippe, Founder of AfricaHunting.com
You must log in or register to reply here.

Letter: Coalition of tourists appeal for end to hunting outside Kruger
2