Hunting For Conservation In Cameroon

Hunting for Conservation in Cameroon
by Jeff Sayer, WWF 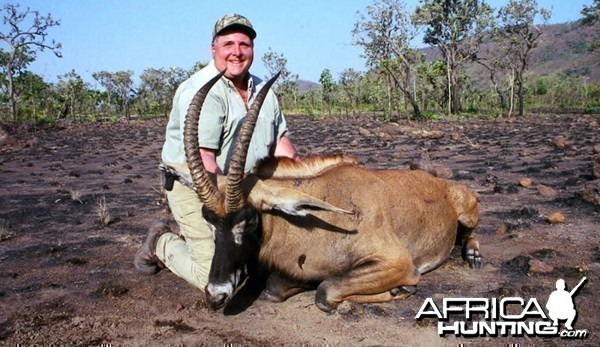 On the edge of the rainforest in southeast Cameroon, Baka pygmies from the village of Lantjoue are having a party. Everyone is dressed in their finery and the drums are beating. A feast of yams, plantains, freshly caught fish, and a big pot of antelope stew is spread out in the village school room. The reason for the party? The arrival of new desks and equipment for the school, paid for by a community hunting project that the villagers set up with help from global conservation organization WWF.

"It may seem surprising to find a conservation organization supporting hunting," says WWF's Leonard Usongo. "But commercial hunting for bushmeat has become such a problem here that we had to try something new to control it. One approach is regulated hunting. Lantjoue is typical of the small communities on the fringes of Cameroon's rainforest. The Baka and Bantu people have lived here for generations, growing crops, working in the logging concessions, and hunting and gathering in the forest. "The people here have always hunted for their own needs," says Usongo. "But in the last couple of decades new roads have been opened, mostly for logging, and there are lots more trucks heading for the cities. Local hunters can sell bushmeat to passing truck drivers for more money than they could ever have dreamed of a few years ago. This has fuelled a huge increase in hunting, including some animals that are endangered like gorillas. The truck drivers sell the meat in the markets of Yaound and Douala. The trade is so lucrative that it has attracted people from other parts of the country, who now poach animals in the forests. å±•e tried working with Cameroon's Ministry of Environment and Forests to stop the trade, says Usongo, æ¾±ut there are too many trucks and too many roads.?br>
The new approach is to help local people manage hunting. Instead of government-imposed rules aimed to discourage hunting for the bushmeat trade, the villagers of Lantjoue can instead regulate their own hunting quotas in a defined village hunting zone. One incentive to keep wildlife abundant is foreign trophy hunters. Among many other species, the forest around Lantjoue is home to the elusive bongo antelope (Tragelaphus euryceros). Trophy hunters are prepared to pay large sums of money for one of these magnificent animals with spiraling horns. These rich foreigners want to be sure that they will find a bongo during a fairly brief visit. If the villagers can guarantee this, then the trophy hunters will come to their forests. Under the project set up by WWF, the villagers must limit their own hunting and ensure that lots of bongos can be found in their forest. The trophy hunters pay a large license fee, part of which is returned to the villagers to pay for improvements such as the equipment for the school. Diopim Akanda, the village chief, is happy. "As long as we can keep outside poachers away, we can find enough animals for our food and still attract the foreign hunters, who pay us more than we could get selling bushmeat to passing truck drivers.?br>
A small group of Baka pygmies have set up a camp next to the village, and act as guides for the trophy hunters. "The pygmies have an astonishing knowledge of wildlife, says Usongo. çš„t's fascinating to spend a day in the forest with them. You see things that you would never see on your own; they understand the habits of the animals amazingly well. There are gorillas, chimpanzees, and a wealth of other species to be seen. We hope that in the future, ordinary tourists will come to shoot with their cameras rather than with guns".

Adjacent to the village hunting zone is a large logging concession run by a Belgian family. Manager Jules Decolvenaere has also joined forces with WWF. "We are keen to get our timber certified under the Forest Stewardship Council (FSC)," he says. "We think that we already meet most of their standards for environmentally and socially responsible forest management. We also try to protect wildlife but it is very difficult, and conservation groups will criticize us if poachers come into our concessions." Decolvenaere welcomes the new village hunting zone and supports the WWF initiative. It's also a matter of professional pride for Decolvenaere. æººy family has been working these forests for over 30 years, he says. å±•e are keen to demonstrate that our industry can be good for the forest and good for the local people." To help the efforts to restrict hunting, the logging trucks returning from the cities now bring frozen meat back to the concessions. Decolvenaere says, "we pay our staff well and we want them to share our goal of being a responsible environmental company so we practice good logging and we protect wildlife".

Leonard Usongo is enthusiastic about the new developments. "We used to put all our efforts into national parks but it was difficult to get much local support, he says. å…¸his area is too remote for most tourists so the parks don't do much for the local economy. Now we are trying to conserve the broader landscape. å…¸he national parks still exist of course. But now we also work with concessionaires to improve the management of logging operations and with local people to ensure they can get jobs and also continue to harvest the things they need from the forest. Jill Bowling, who manages WWF's global Forest Programme, believes the work in southeast Cameroon has potential in other parts of the world. "If we want our conservation programs to be sustainable in the long-term then they have to make sense to local people, she says. ç¬›ust setting aside vast areas of forest and closing them to people cannot work.?br>
WWF's approach now emphasizes a balance between protecting, managing, and restoring forests which makes a lot more sense to local partners in poor countries than just protection alone. Diopimb Akanda agrees. é„­ll our traditions and culture are linked to the forest, he says. é‰„o we care about the forest but we also want education, jobs, and health clinics. And if the local economy doesn't thrive then our children will move to the cities and only the old people will stay here. å…¸hanks to this project, we can find work in the concessions, we can guide the trophy hunters, and we can still hunt for our own needs," he adds. å±•e hope in the future that more tourists will come and that we will be able to share with them our knowledge of the forests and our culture.?br>
Jeff Sayer is Forest Conservation Advisor at WWF International - Reproduced with permission from WWF.
Last edited by a moderator: Dec 1, 2016
Gerhard R Damm
AFRICAN INDABA - Dedicated to the People & Wildlife of Africa

My hunt in Cameroon 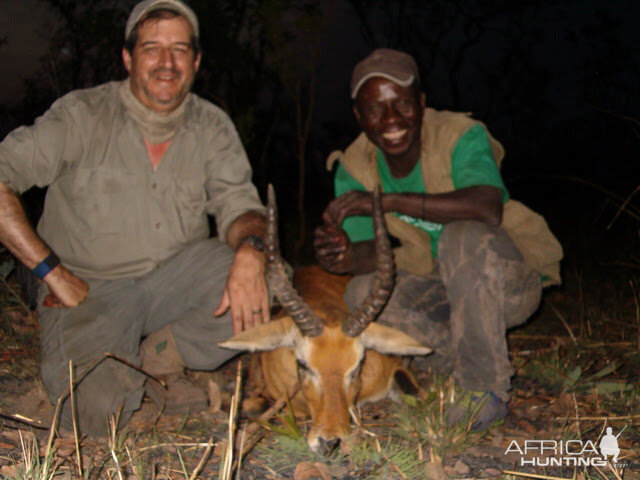 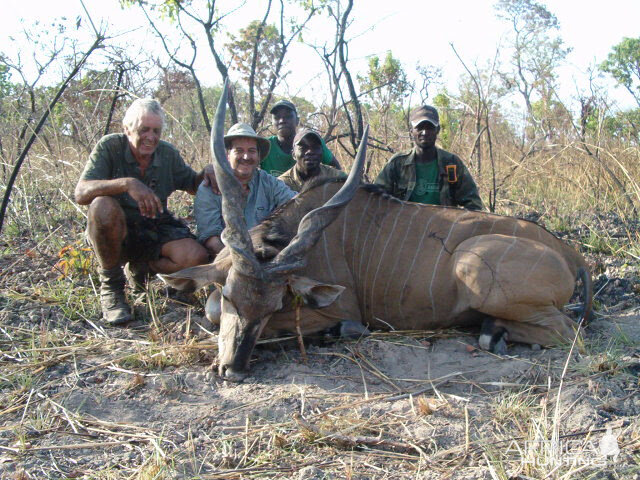