Hunter Taken Care Of By Global Rescue In Namibia

Hi everyone, I thought I would take a moment to pass along one of our recent operations of a hunting member who fell ill while traveling in Namibia.

“If Not for Global Rescue and my wife, I don’t know if I would have pulled through.” 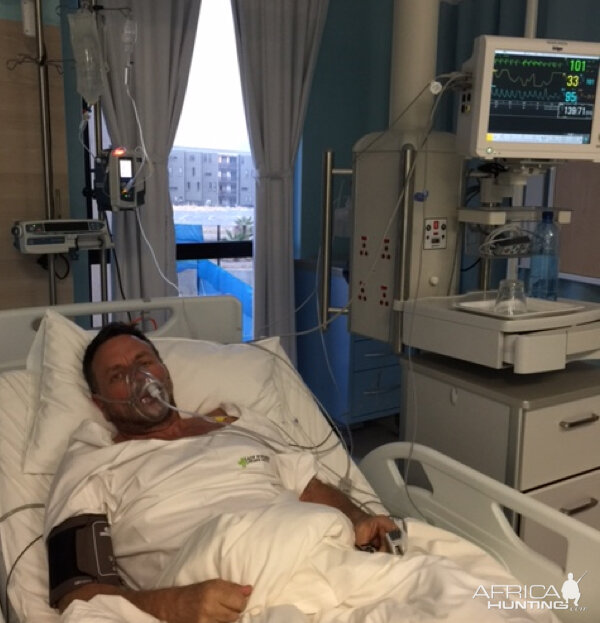 Scott Garrett was just two days into a safari in Namibia when an infection developed from an airborne source began to attack his immune system. Garrett had a membership with Global Rescue, but he never thought that he would need help. He was wrong.

“I was on a safari in the backcountry of Namibia when my wife, who was with me, noticed that my breathing had become labored and my respirations were off,” said Garrett. “I hadn’t realized a difference, as I have a bit of asthma. On the fourth night as I was coughing up blood, I finally realized, ‘Okay, this is much more than I thought.’

“My wife initiated correspondence with Global Rescue, and we headed to the hospital that was recommended for me. I was admitted immediately into the ICU, where I met Justin, the Global Rescue paramedic who arrived as my medical escort. He was a lifesaver, overseeing my care and communicating with my doctor.

“We found out that I had caught some sort of rapidly-developing airborne bacteria. I had double pneumonia with over 30 percent of my lung tissue infected, and my kidneys had started to show distress. This exotic bug I had was just eating me alive!

“Justin was a good liaison for us, meeting with doctors and at the same time coordinating with Global Rescue’s home base to get us back to Houston. During the 25 hours of travel back to the U.S., Justin monitored my oxygen saturation levels, and then followed us home to ensure my safety.

“Now, I am healing and getting better. I am on Day Four of a 10-day medicine regimen, and I suspect I’m on the mend to a full recovery. I didn’t realize how sick I was until I got back home and my wife said to me, ‘You could have died from this.’ Without the whole team, the doctor in Namibia, my wife, and Global Rescue, this could have been a really tragic story.

“I couldn’t believe the service I received from Global Rescue. You expect this type of assistance for an injury, but not for an illness like this. I still get texts from Justin checking on me. What Global Rescue provided just blew me away.

“I can’t say enough good things about all of the help I received. Now, whether it’s a domestic trip or overseas, I won’t ever be without a Global Rescue membership, because it truly was a rescue.” 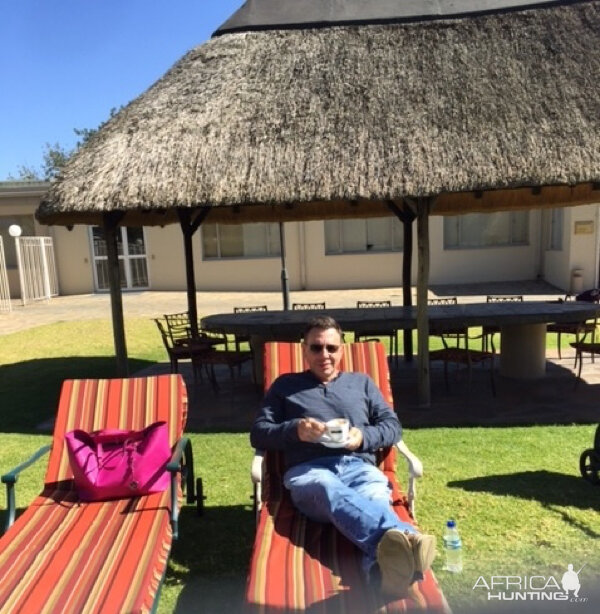 any time we go to africa we have global rescue for our back up!!!!!
S

It's not just Buffalo and Elephants that can stomp you.

Question for Global rescue, what would happen if a client got malaria for example in a remote area of Mozambique?

Get well, renew that Global membership, then head back and finish that safari!!!

I've kept Global Rescue in my corner for years and this is another example why. Awesome work guys!

Hi Simon, thanks for your question about our services. Global Rescue has handled many incidents in Mozambique, including a case this past week in which we assisted a member out of Mozambique for further care in South Africa, then transported him home to the U.S.

When a member contacts Global Rescue, an initial intake is performed by our Operations staff of paramedics, nurses, doctors and former military special operators. Medical recommendations are provided and, if necessary, a field rescue is performed to a local facility for stabilization/initial care.

Once the patient is out of the bush, we then determine, with our member, the next course of action. For minor issues, we oversee care until the member is ready for discharge and can help with arrangements for them to rejoin their group. For serious cases, we immediately deploy personnel and aircraft and determine, with the member, the best transport destination based on the member’s condition. In some instances, this is to the best facility nearby (as in the example above, the surgery couldn’t wait until the member arrived in the U.S.) or all the way home.

We have successfully handled hundreds of malaria cases over the years and have experts on staff with deep experience in treating the disease. If you have further questions or would like to set up a time to speak with a member of our medical operations staff, please let us know. We can be reached at 617-459-4200 or memberservices@globalrescue.com.

Good work on the part of a Global. Glad Scott is OK.
You must log in or register to reply here.

A critical Need For Medical Assistance On Kodiak Island