To begin, I am looking at getting in the near future one solid field rifle for the occasional large and dangerous game hunt down the road. Money and time means that I don't get to live every year on safari. After a lot of consideration I decided that my DGR will be a .416 Rigby. Now here is the kicker, do I go for a Heym martini Express or a Dakota 76?

I ruled out Rigby of London because of the price, and I ruled out CZ and MRC because of quality control issues. I don't want to go custom in case there is an issue I want the security of being able to get a company to fix any issues, in the strange case they should occur.

So if you had to choose, which rifle and why?

I have no experience handling Dakota rifles so cant give an opinion on that. I have just bought a Heym martini express in .404J so that obviously got my personal vote... I haven't used it yet (still waiting foe my license, struggles of living in SA) but I did a large amount of research and in the end it was an easy decision for me. I did not look at the Dakota as I don't think they are available here.
Instagram: pursue_to_preserve
N

My vote would e the Heym, purely because of the looks and IMHO better workmanship.

Have you considered a CZ from AHR. They are basically a factory that works over CZ actions so a sort of custom rifle with a company backup (CZ and AHR) I think they will stand by their workmanship.
S

An early Dakota in 416 is hard to beat! I also own a Heym and they build excellent stuff! The 416 Rigby is a Traveler with a 338 Lapua barrel, both are 1/2" guns. I own other pre-Remington Dakotas and the are great guns! My doubles are Heyms and they are hard to beat for the money! Handled a Rigby bolt this year but for the money I'll take an early Dakota or a used Heym!

If you choose a Heym or Dakota, I don't believe you can go wrong. But as someone said, a pre-Remington Dakota would probably be the best of the Dakota options.

I think that in that price range, you cant go wrong with either choice!

sierraone said:
If you choose a Heym or Dakota, I don't believe you can go wrong. But as someone said, a pre-Remington Dakota would probably be the best of the Dakota options.
Click to expand...

have you still got that 450/400 double? Want to sell it?
Carruthers

Von Gruff said:
Form me the Heym is among the best of the best and would be my pick should funds be available.
Click to expand...

I agree with you Von Gruff.

cal said:
I have no experience handling Dakota rifles so cant give an opinion on that. I have just bought a Heym martini express in .404J so that obviously got my personal vote... I haven't used it yet (still waiting foe my license, struggles of living in SA) but I did a large amount of research and in the end it was an easy decision for me. I did not look at the Dakota as I don't think they are available here.
Click to expand...

Both are excellent . I have used a Dakota Model 76 in .416 Remington Magnum to hunt Australian water buffalo . As far as currently manufactured American bolt action rifles go , it leaves absolutely nothing to be desired . It combines aesthetics with functionality perfectly .

The Heym Express bolt action rifle , I have tried in .505 Gibbs against American Kodiak bear in 2019. These rifles are exceptionally well built .

You cannot go wrong with either , but my personal choice would have to be the Dakota Model 76 . Out of purely sentimental reasons .

I have owned both, and the Heym is definitely the nicest rifle I've ever owned. However, the Dakota is not a huge step behind it in Quality, for way less money in many cases. I've recently seen them on Gunbroker for no more than $5-$6K. The Heym will be a minimum of $10K for the PH model, and $12K for the next step up in wood.

Pffff that's an easy choice to make,HEYM of course!!!

I’m confused, isn’t the Rigby Big Game roughly the same price as the Heym? If so, I’d buy the Rigby.

WAB said:
I’m confused, isn’t the Rigby Big Game roughly the same price as the Heym? If so, I’d buy the Rigby.
Click to expand...

My thought as well. Rigby would be a little more than the Heym, but not that much.
"We sleep soundly in our beds because rough men stand ready in the night to visit violence on those who would do us harm" American Novelist - W. Churchill

This thread is the perfect example of why I love this forum.

Red Leg said:
My thought as well. Rigby would be a little more than the Heym, but not that much.
Click to expand...

I think the Rigby is in the $15K range for the base model. Heym will have better wood at $12K. At least that's what I observed.

I have a Heym Martini Express in 416 Rigby and several Dakota 76s with the largest being a 375 H&H. The Dakotas are really fine rifles but I would (And did.) select the Heym as a DG rifle for the following reasons:

Each Heym receiver and magazine is machined specifically for the caliber of that rifle. As a former competitive rifle shooter I have cycled thousands of rounds through bolt action rifles and the Heym is the slickest cycling rifle I have ever handled. It is quite easy to cycle the rifle on your shoulder for a second shot. I attribute this to the machining of each rifle for a specific caliber. This also seems to provide better protection of the bullet noses of the cartridges in the magazine during recoil as there is a machined shoulder in the magazine that corresponds to the shoulder on the cartridge.

The scope bases are machined into the receiver which means you will never have a base shift or come loose. The integral dovetails also allow for a very strong and repeatable removable scope mount. In my case I like a good cheek weld so I opted for a Zeiss Victory HT 1.5-6 in Alaska Arms rings that gave me the lowest scope mount possible. The Alaska Arms rings go back on to exact zero which allows me to have a second scope pre-sighted in. The last time I checked the Alaska Arms web site they did not list Heym rings but if you tell them you need them for a Heym they will provide the correct rings.

The fit and finish on the Heym is a bit better than on the Dakota. The Heym inletting is tight enough to make removal of the action a bit difficult with no perceptible metal to wood gaps. The finish of both the metal and wood is impeccable.

As a side bit of information, my 375 H&H Dakota 76 does not have a positive bolt shroud to bolt locking device to prevent the shroud from rotating when the bolt is open. My 375 utilizes the firing pin extension resting in a depression in the bolt cocking cam to provide the anti rotation function. I have never had an issue with this when shooting the rifle but on one trip where the bolt was removed for the flight the shroud did rotate allowing the firing pin to go forward. Recocking the bolt by pushing back on the firing pin extension and trying to rotate the bolt shroud is VERY difficult to accomplish in the field. If the bolt shroud were accidentally rotated with the bolt open the rifle would be unable to fire. All of my other Dakotas have a physical locking device similar to the Model 70 that prevents this possibility. Just something to look for if you find a Dakota you are considering for DG hunting. 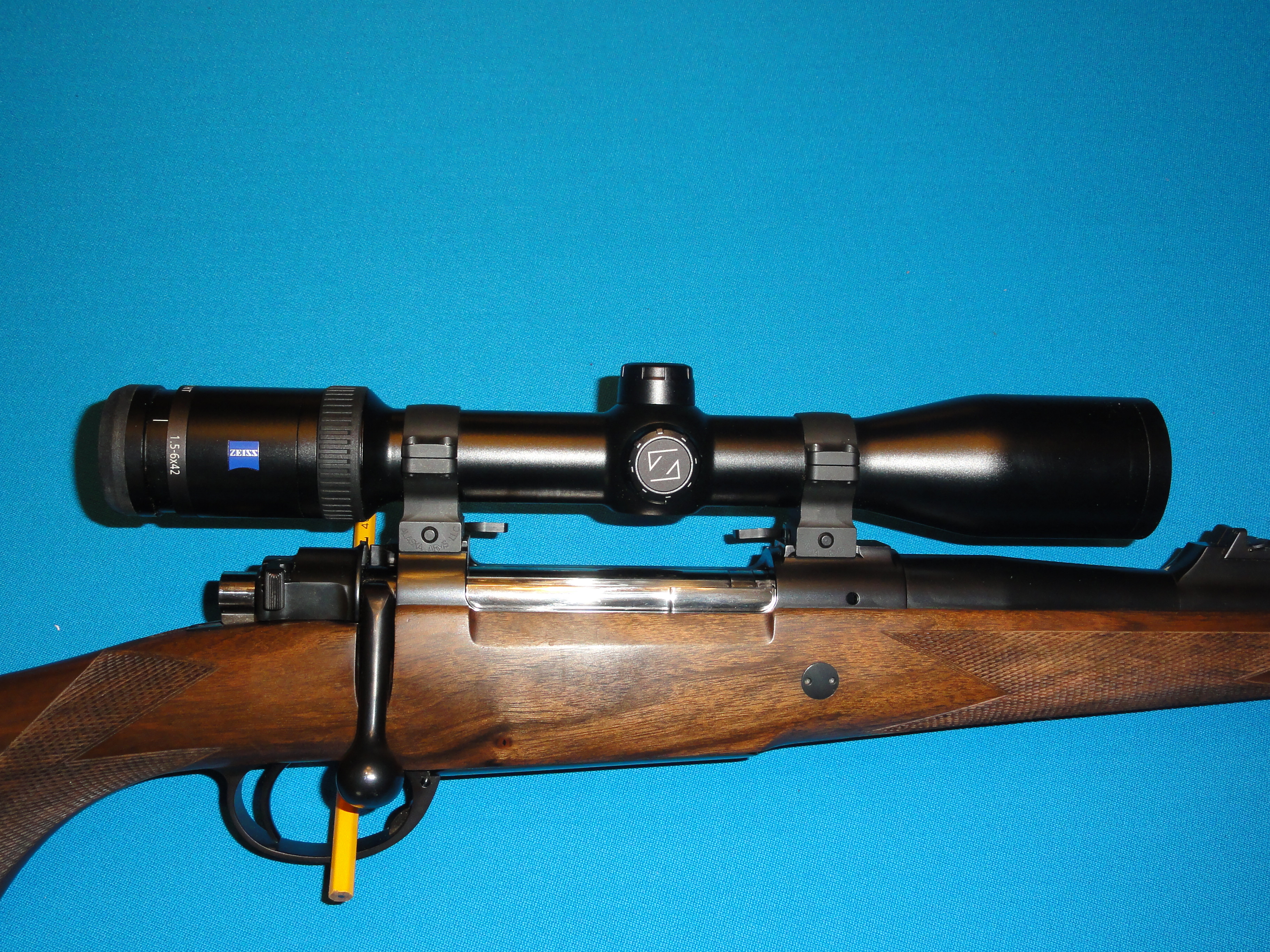 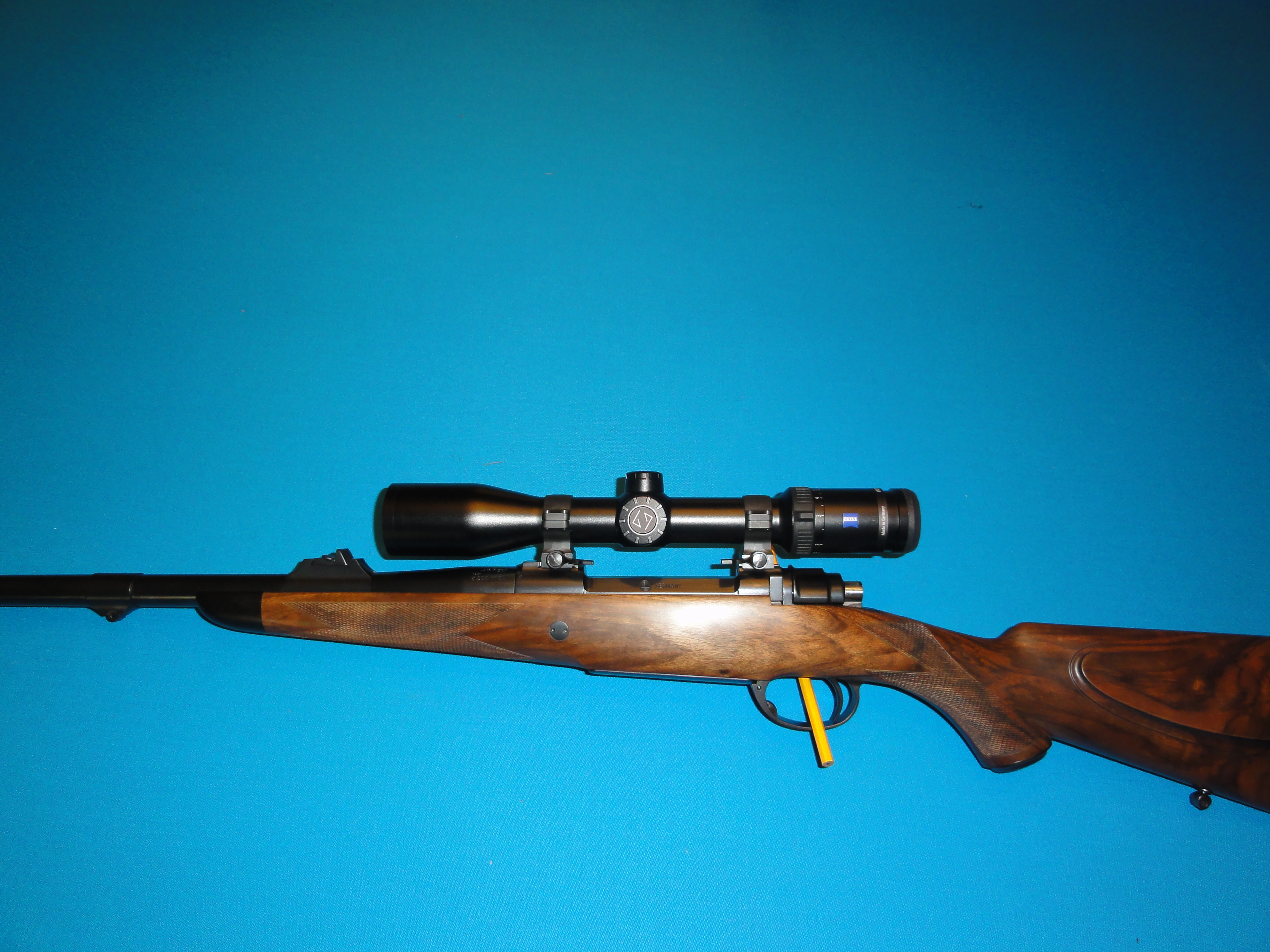 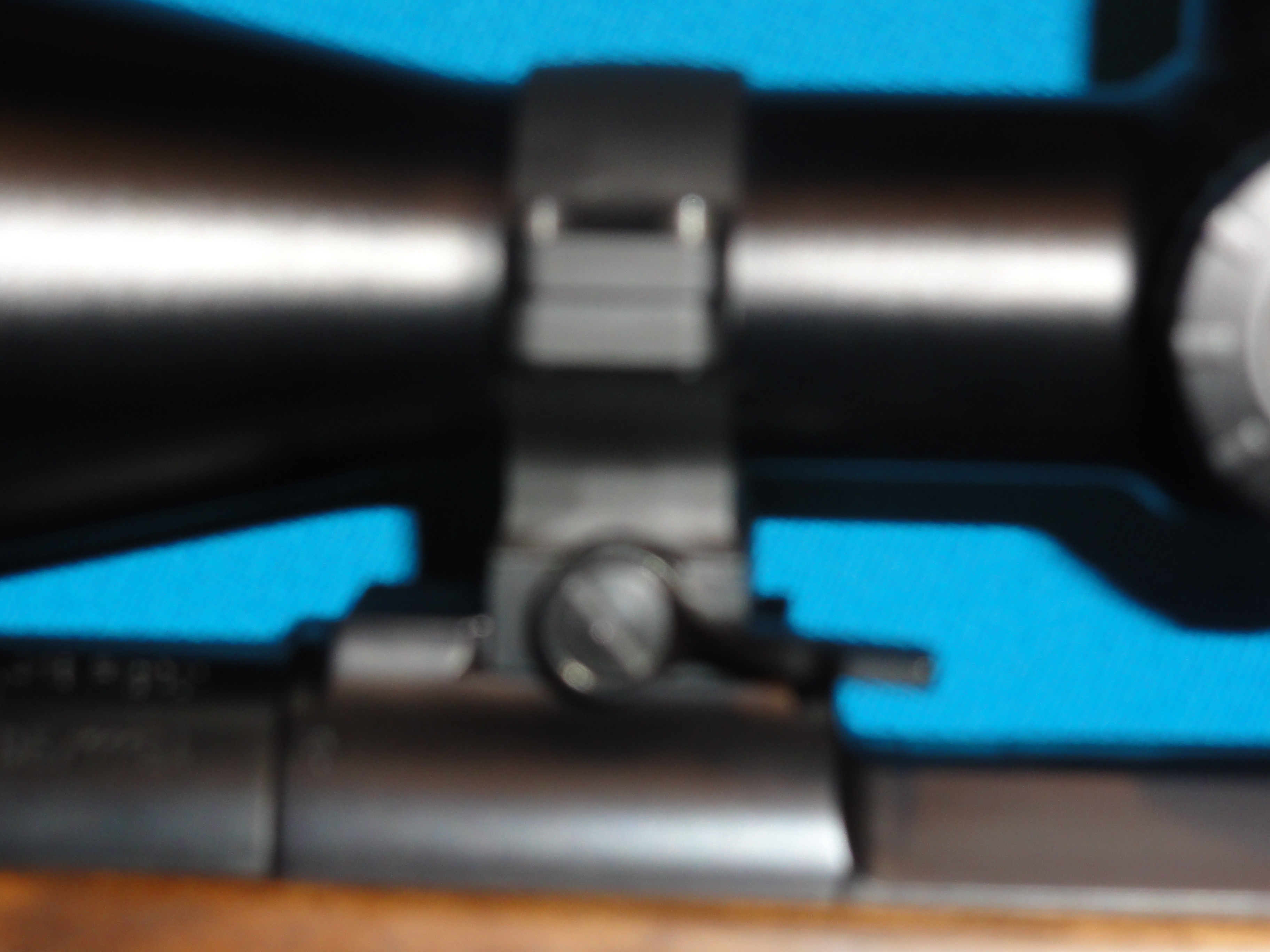 Heym, as you can see in my avatar.
You must log in or register to reply here.

Looking For A Heym Martini Rifle Or Heym Double