Could the AfricaHunting community help me with older Heym o/u double rifles??

The last couple of weeks I've been trying to understand the slightly older Heym's and have found little on specifics here in the U.S.A. on the subject. There are several Heym o/u throughout the U.S. at reasonable prices and in general terms gun shop owners will say "they're a good gun."

But what I can't nail down is model numbers and spec's such as caliber's offered, weight, years of production or at least the decade of production, etc.

If you own one of these Heym's could you weigh in on your personal experience with it? The reliability? Accuracy? Whether you have it scoped?

If you have any literature that breaks the code on these rifles, could you share the info?

My intended use would be black bear and wild boar.

The Blue Book of Gun Values, 39th Edition, has a half-page on Heym O/U rifles, the Models 26B, 55 Boxlock, and 55 Sidelock (all recent manufacture) and they ignore anything earlier.

What I found on the Internet, which may or may not be true:

- Model 55BS rifle barrels of different calibers and weighed 7.7lbs.
- Model 55B rifle barrels of the same caliber, 25inch barrels, 8.6lbs in 13 calibers from 7x57R up to 470NE. My instinct is they must have have had two different designations as you wouldn't build the 416 Rigby and 470NE on the same frame as the 308 Win and 7x57.
- These two models were introduced in 1976.
- The 55 Sidelock is mentioned as a true sidelock offered at a "significant premium" with "unequalled standards of engraving." So I assume hand engraving on this?? This is out of my price range but bears mentioning. I've never seen one listed anywhere.

The above seems to cover 1976 to 2000. I purposely left out all the drillings, SxS, and combination guns to keep this brief. Besides, an o/u double rifle is what I'm considering for purchase.
What about the 1952 to 1975 years when they started production again?

Terry Wieland in Dangerous Game Rifles has a good write-up about the Heym company as do several other writers:
- Founded in 1865 in Suhl.
- Patented the first hammerless drilling.
- Grandson, August Heym took control in 1920.
- August and Rolf Heym (son) fled to West Germany in 1945.
- In 1952 they began making firearms again and built a plant in Munnerstadt using only the highest quality Krupp steel. (I wouldn't know Krupp steel if I tripped over it, but they say it's good.)
- In 1989 they developed import into U.S.A.
- In 1996 they built a new factory in the town of Gleichamberg and expanded.
- The next year, 1997, they filed for bankruptcy and reorganized as a public trading company.
- Supposely their main focus now is the Eastern Euorpean market. (I didn't even know there was an Eastern European market? Fine double rifles going to Bulgaria and Belarus?)

Any help shedding light on Heym o/u double rifles would be appreciated!

I think a full length article on this subject posted here on africahunting would be helpful for members as they shop double rifles.

Thanks for your time, Savannah AL

Savannah AL said:
- Supposely their main focus now is the Eastern Euorpean market. (I didn't even know there was an Eastern European market? Fine double rifles going to Bulgaria and Belarus?)

Any help shedding light on Heym o/u double rifles would be appreciated!

Thanks for your time, Savannah AL
Click to expand...

Between 70 to 80 % of the high end firearms, made in Germany and Austria go into the former eastern block.

Have a look at your globe an see the the huge hunting areas - and there are more than enough people, who can afford these rifles... Mr. Alexander Putin himself appears and orders the finest custom rifles.

The rest to Arabia...

Today, the US market is not more than a sideshow...

i do have several Heym Rifles. Beginning with SR21 (Standart and Super Classic), SR30, 26B, 88PH and 88 Bigbox.
A lot of rifles are for the European market and in the past Eastern Europe and Russia. They can´t sell rifles to Russia at the moment due to a export embargo.
The 89 sells really good to the states and african market. Heym rifles are really accurate and i have used them for dangerous game in Africa and hunting in Europe.
You can change almost everything when you are ordering one. Class of wood, engraving and there is still a lot of handcraft in their rifles.
I think the guns are priced fair and worth a look. If somebody is interested in doing a visit of the factory when you are in Germany contact them and they will show you the whole company for free.
It is really interesting. I will upload some picture of some of my Rifles so you can see them. 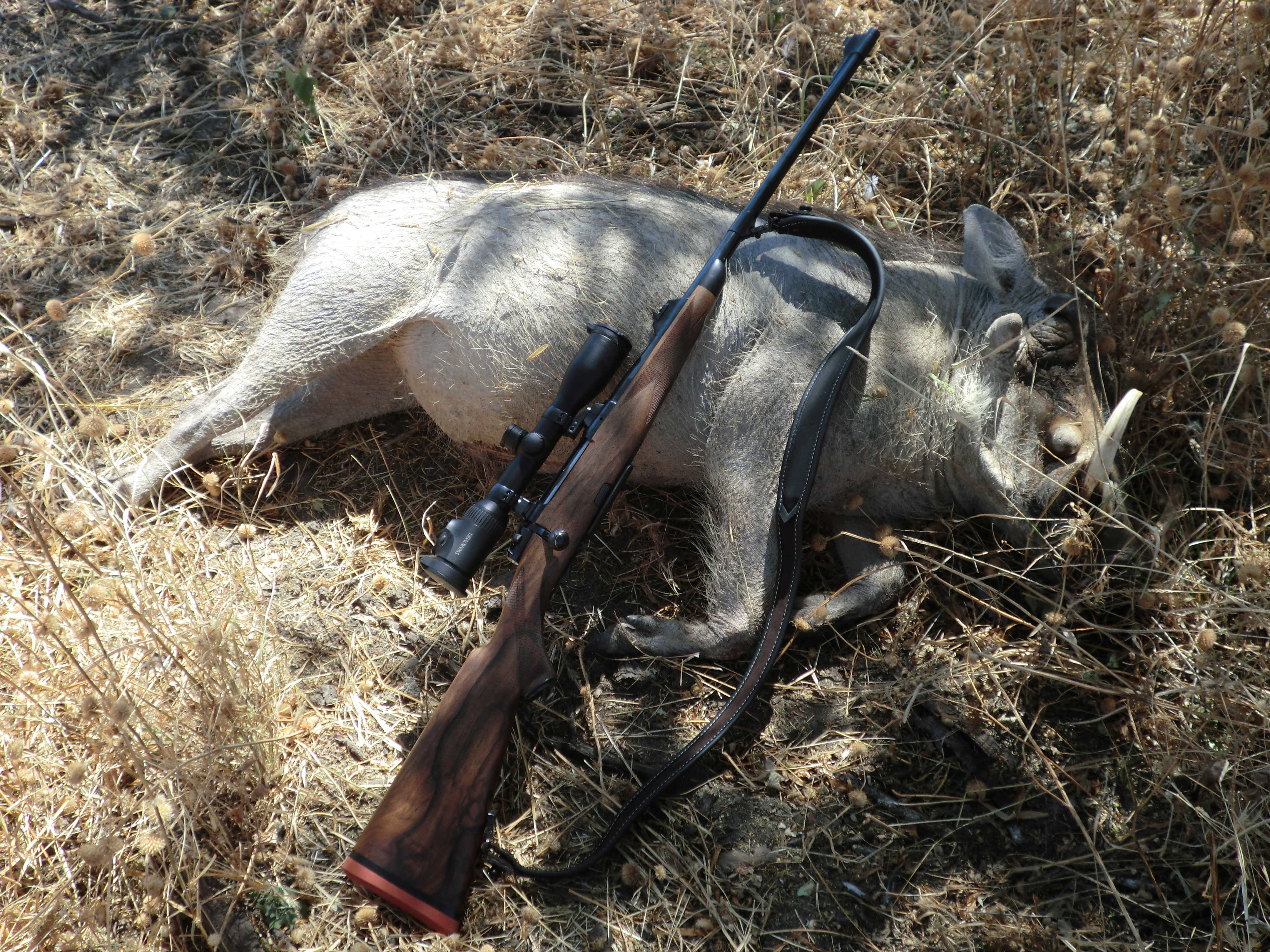 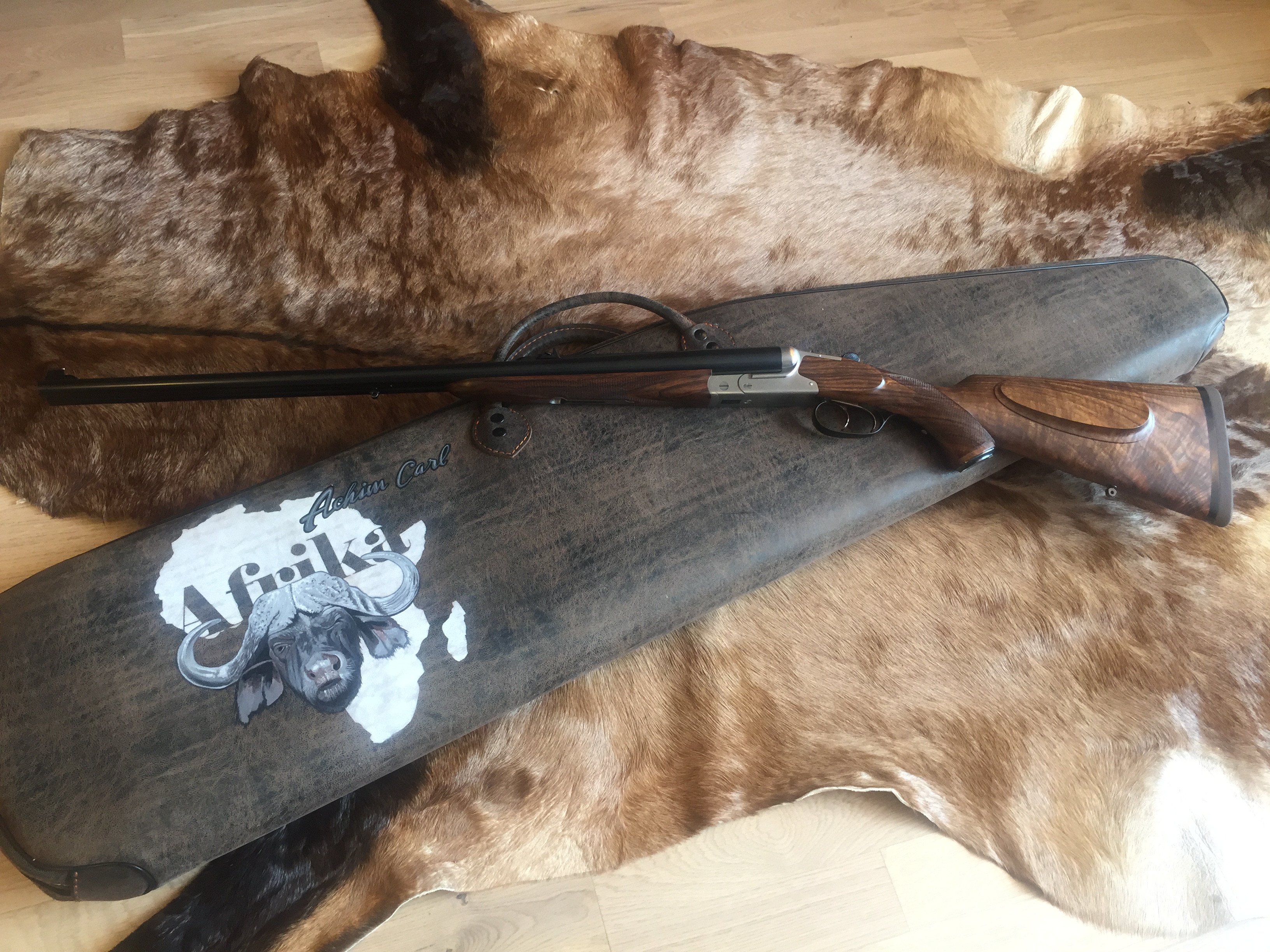 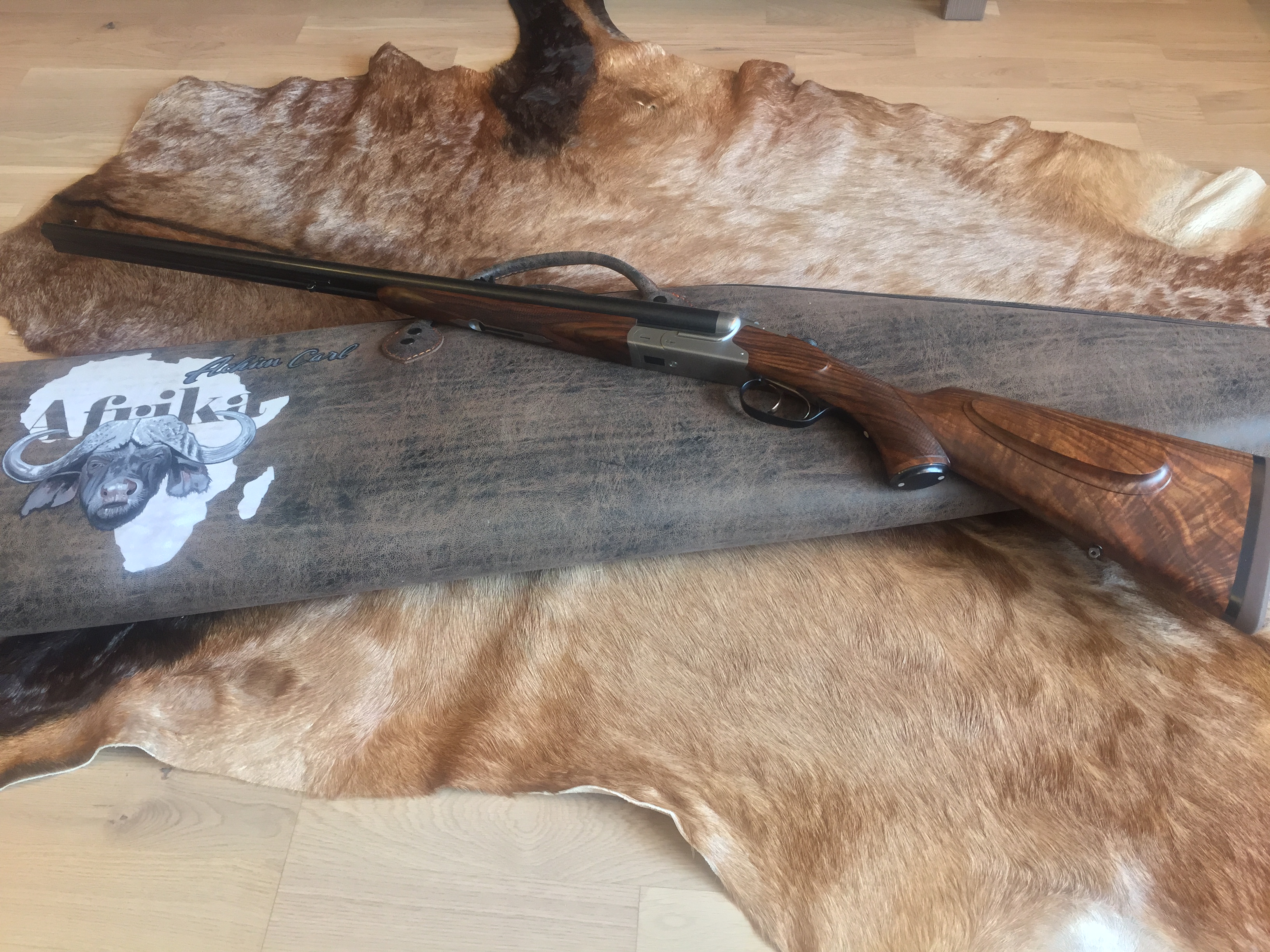 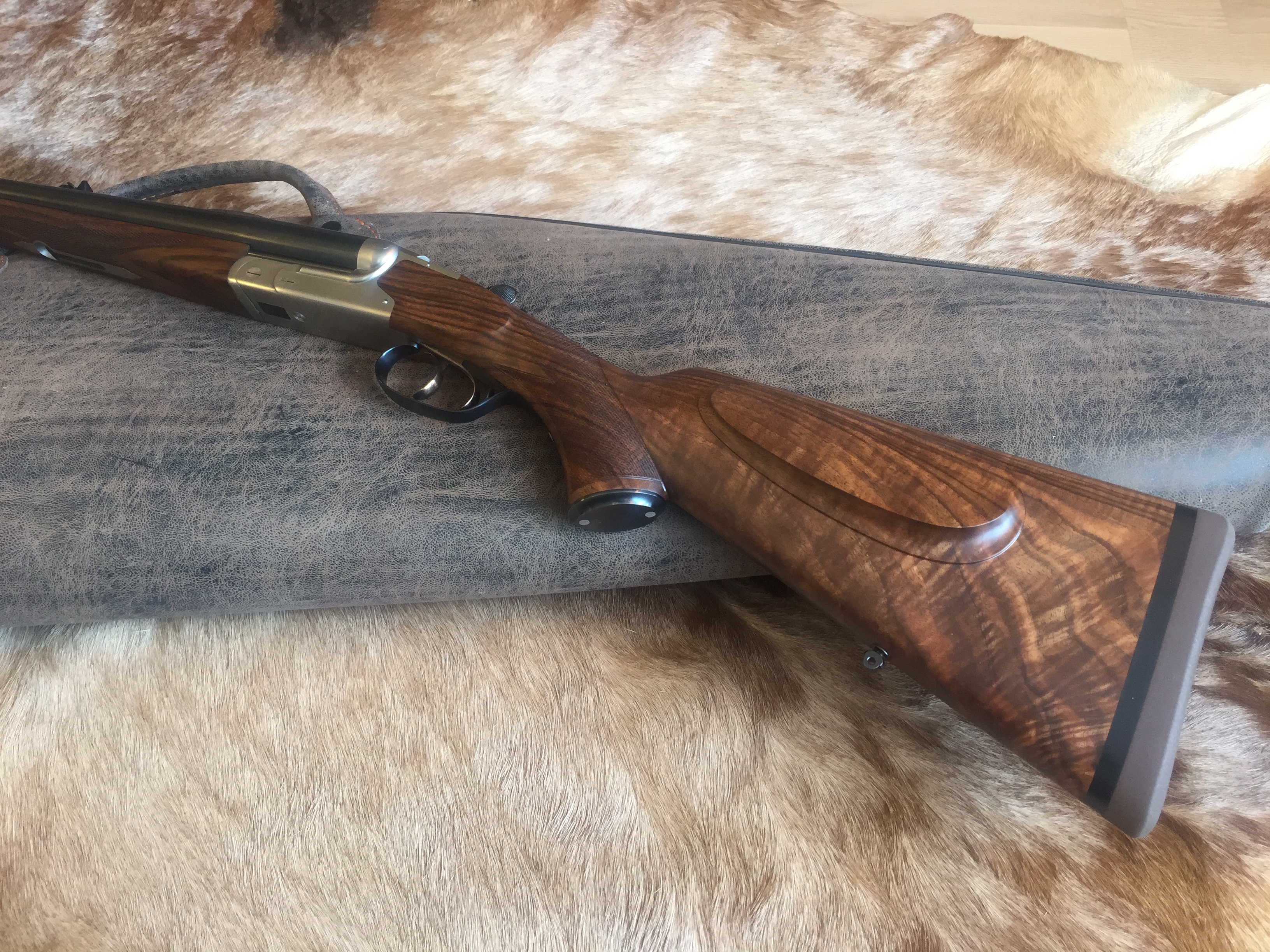 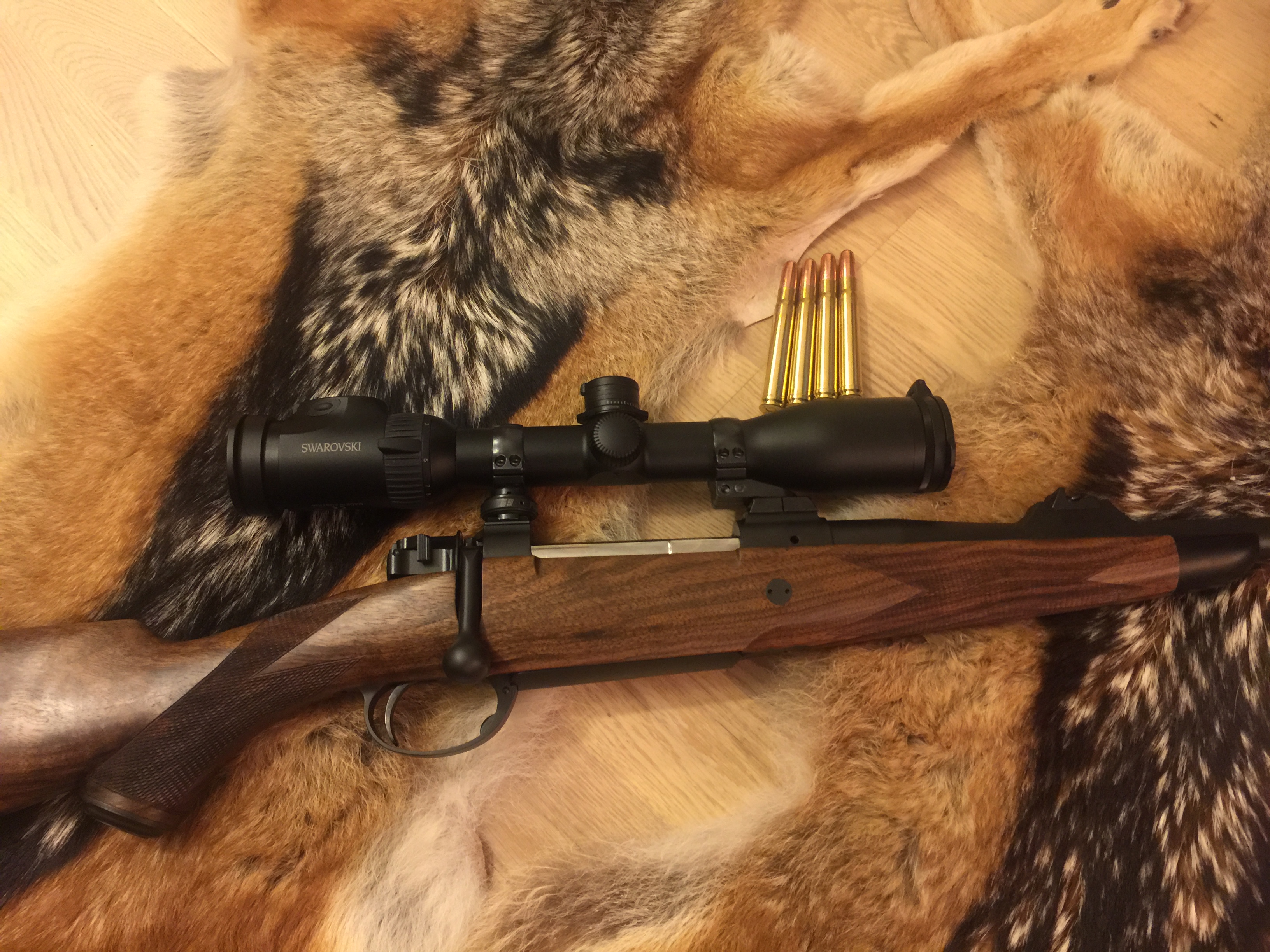 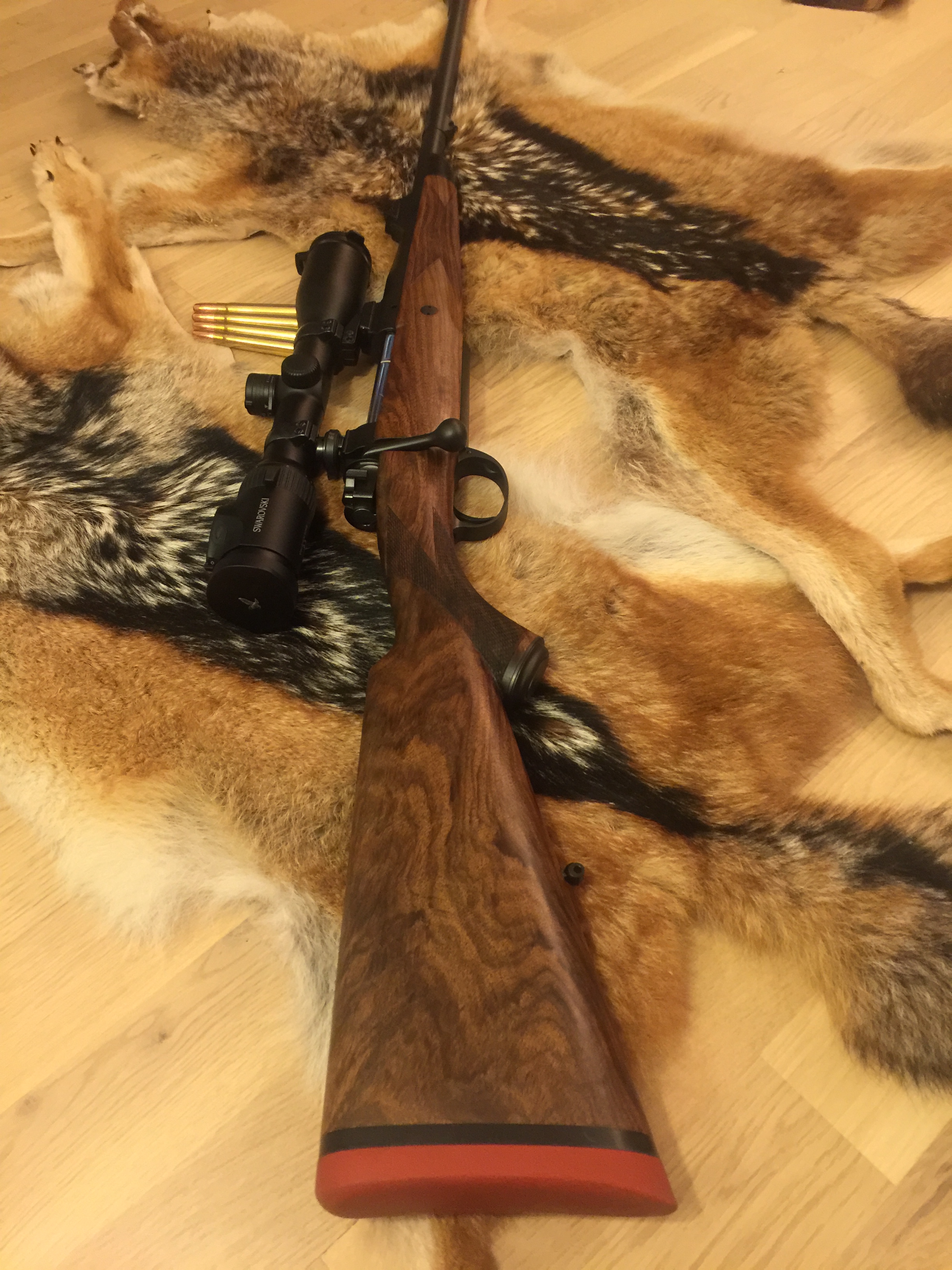 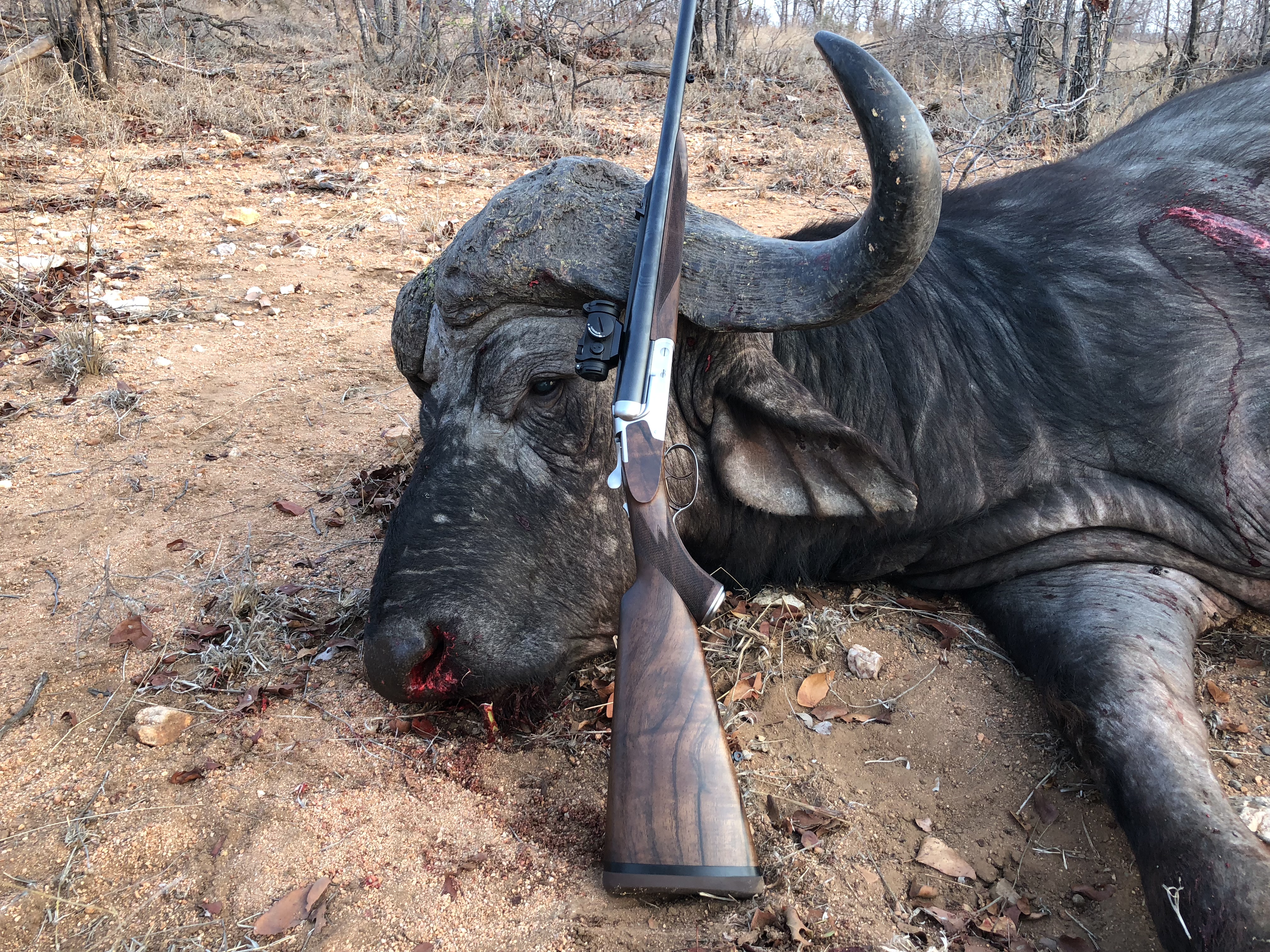 Lowdi,
Thanks very much for the reply.
The clarity of your photo's is great, in the buffalo picture the way his eye and the lines around his eye are so clear.
I had someone else PM me who owns two Heym o/u, both identified as 26B.
The Blue Book of Gun Values list the 26B as going into production in 2006 but I'm beginning to question that.
One o/u had noticeable wear to the engraving on the receiver and the patina on the gun would lead me to believe it was a 30 year old gun.
The Blue Book of Gun Values is an excellent source and used by almost every gun shop here but with 2512 pages it is known to have some errors.
I'm in discussions right now with a gun shop about purchasing a 26B in 7x57, the age of the rifle is unknown.
If Heym is a receptive company I may see about contacting them and sending them a picture and the serial number and perhaps they can provide some info on the gun.
I own two old lever action rifles made by Savage called 1899s. One in 25-35 caliber made in 1912 and another in 22 High Power made in 1915. For a small fee sent to the Savage Historical Society I received a letter about each rifle. When it made made and the day/month/year it went into the warehouse, the day/month/year it was shipped to the vendor and the vendor's name and year, and the options placed on the gun. My father was born during WWI and he told me a lot about the USA prior to WWII.
I like the history of a gun right along with the quality of a gun.

You have some fine rifles there, thanks again for the reply.

Savannah AL
You must log in or register to reply here.

A
Thoughts on This Verney-C O/U Double Rifle

I
Double Rifle With A Difference
2 3