Has someone here on AH who hunted Tiger in Vietnam?

Bule Jagter said:
I've been to Vietnam, Five times in the past five years, and I have plans to visit again this December for my second trip this year, if the country opens to foreign visitors between now and December 2020. I've been spearfishing in Indonesia twice, and I plan to go spearfishing in Vietnam during my next visit. If you think about it, spearfishing is hunting. I'd really like to find a way to get permission to hunt other animals there as well, but I seriously doubt that will happen any time soon, if ever. At least I can hunt with a speargun for some delicious fish.

My girlfriend's cousin is in the Indonesian military. He told me a story about going hunting for wild boar on the island of Papua, Indonesia, during survival training. I asked him if he thought he could arrange for me to go hunting there with him, someday. He said it was possible, but very dangerous. We would need to meet with the local tribe leader and ask for permission, and considering I'm a westerner, we need to be very alert for potential terrorist cell attacks.
Click to expand...

Please post pics of your spearfishing trips when you get back!
And here I am, returning to Africa of many faces;.... the sloe-eyed temptress with flowers in her hair who stole my youth and my heart, and left me an old man with a kaleidoscope of conflicting memories of many dashed hopes and some fulfilled dreams. E. Echols

Here I am with a leatherjacket fish, I shot in Indonesia in 2019. I will be sure to post pictures after returning from spearfishing in Vietnam, and Indonesia late this year, or early next year. 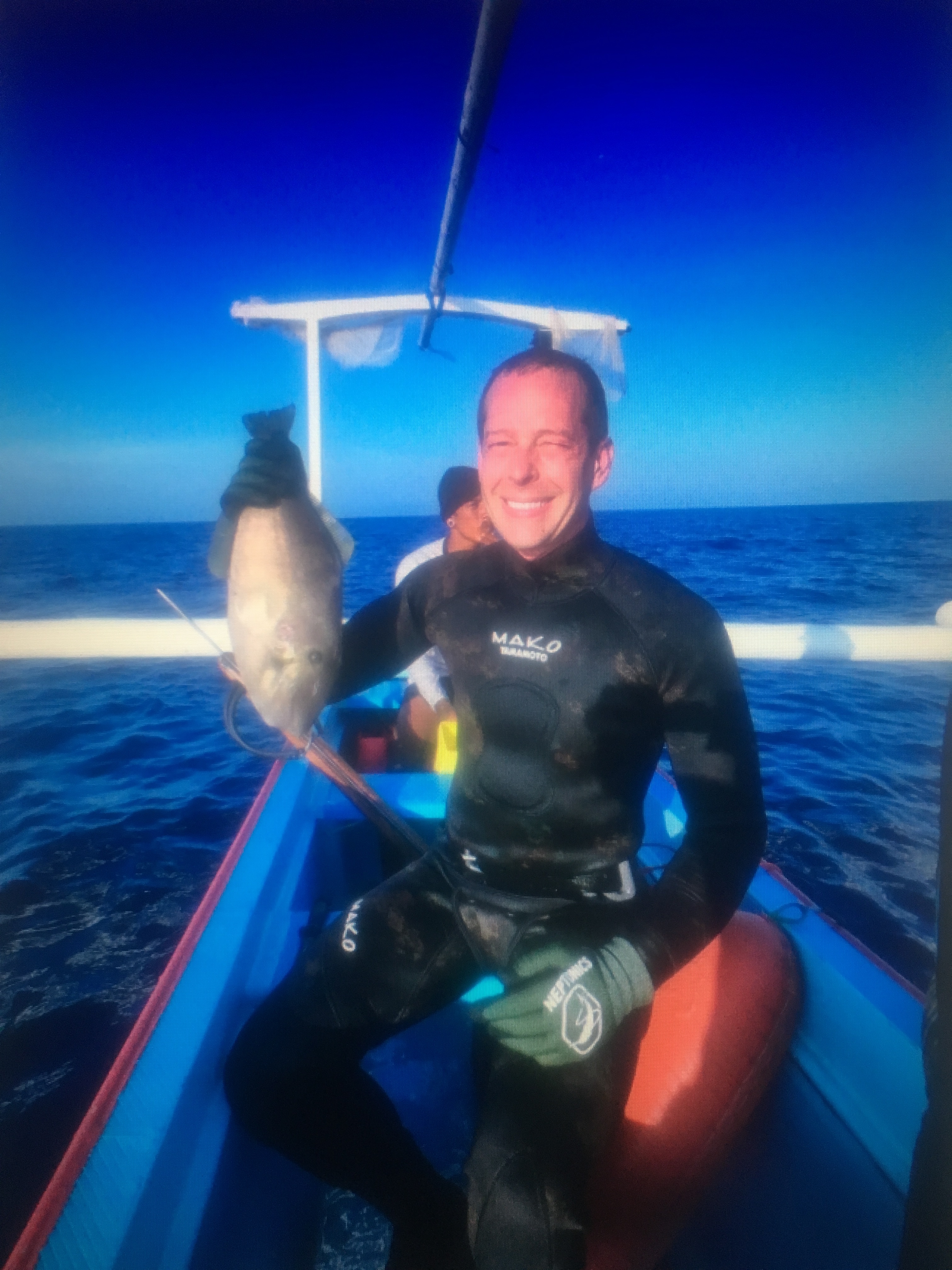 I read Jack Acheson's autobiography. He fought in the Korean War. Although he tried in his downtime, he was unsuccesful in his tiger hunts. He said that if there unrecovered bodies in brushy ravines, the tigers would feed on them.
You must log in or register to reply here.
Share:
Facebook Twitter Reddit Pinterest Tumblr WhatsApp Email Link