My name is Louw Lotter. I would like to tell you more about our operation in Namibia.

Our hunting areas include:

Waterberg:
Jamy Traut Hunting Safaris is proud to announce the acquisition of exclusive hunting rights on Namibia's spectacular Waterberg Plateau, a 156-square-mile national park that frequently produces Africa's largest Cape buffalo trophies. Moreover, unlike previous hunting operators who were limited to specific areas, the entire park will now be hunted. While most will come to Waterberg for huge Cape buffalo with an outside spread in the mid-to-upper 40s, Namibia's best roans are also a heavy draw. Additional species include leopard, sable, eland, giraffe and hunts for multiple Cape buffalo will also be offered on a limited basis. Waterberg operations begin in 2019 and will base from a luxury tent camp located inside the park boundary. The quality of trophies, quantity of game and the wilderness setting combine to make Waterberg one of Africa's finest safari destinations. Combining a safari there with Kaokoland or the Kalahari is certain to produce the hunt of a lifetime. Based on initial demand, it is advisable to reserve Waterberg dates two or even three years in advance.


Kaokoland:
Home of the Himba tribe, Kaokoland is one of the wildest and least populated areas in Namibia. It is a world of breathtaking mountain scenery, home of the rare desert dwelling elephant and the midnight awakening by the notorious lion prides. Jamy Traut Safaris has access to over an incredible 1.5million acres of hunting area, which is the largest continuous hunting area in Namibia. Kaokoland offers the opportunity to hunt huge springbok, along with eland, mountain zebra, gemsbok (oryx), kudu, steenbok, klipspringer, black-faced impala and giraffe. The area also offers elephant, leopard and lion. Safaris are scheduled for a minimum of 7 days. Our luxury tented camp is situated on the bank of a riverbed and can host up to four hunters at any time and observers are always welcome.

Caprivi:
The Caprivi Strip is a land of mighty rivers and extraordinary herds of big and plains game. This is a place of big ivory and old buffalo bulls that are protected by several national parks with very limited trophy quotas established each year by the Ministry of Environment and Tourism. We have exclusive and approved access to hunt in different Caprivi concessions from a main central camp, supported by trained staff that attends to your every need. Safaris are scheduled for a minimum of 7 days and offer elephant, cape buffalo, leopard, hippopotamus, crocodile, red lechwe and various other plains game species. Up to four hunters can be accommodated at any time and observers are always welcome. Additional activities include bird shooting, fishing and unequaled wildlife photography.

Panorama:
Home to Jamy Traut and his family, Panorama is a hunter’s paradise. One of the most striking aspects of this paradise is the size of the hunting area that includes Panorama itself as well as several neighboring farms. At night the only lights visible in this beautiful, isolated part of the African country are the stars surrounding the Southern Cross. Terrain is diverse – from mountains to red-sand dunes to grassland savannah. A wide variety of game is available which includes kudu, eland and oryx (gemsbok) which are the most popular, although a selection of over 20 species are offered. Panorama offers accommodation with the height of luxury and convenience

Welcome, Jamey is a great guy. You’ve found yourself a fine operation to work with! I wish you hadn’t mentioned that Waterberg hunt, that sounds truly tempting and potentially budget breaking!!!

Welcome to AH Louw! Looking forward to having @Jamy Traut Hunting Safaris as a sponsor.

Congratulations on getting exclusive hunting rights to the Waterberg Plateau National Park!

I personally know this area very well and it is no doubt one of the most special areas to hunt in Namibia, certainly for the exceptional and abundant game but also for the sheer beauty of this area. I myself have been on the Plateau many times and can say first hand that it is very special indeed.

The Plateau is about 3 hours drive North of Windhoek, the Capital of Namibia

Just a little more info about the area itself...

The Waterberg Plateau National Park dramatic vertical cliffs rise more than 650 feet (200 meter) above the surrounding plains, creating natural boundaries which help protect the rare and endangered species such as Black and White Rhinoceros, home to Cape Buffalo, Roan Antelope, Sable Antelope and Tsessebe to name a few. The Waterberg Plateau National Park is ecologically diverse and rich and has over 200 different species of bird with some rare species of small antelope on the lower hills of the mountain. 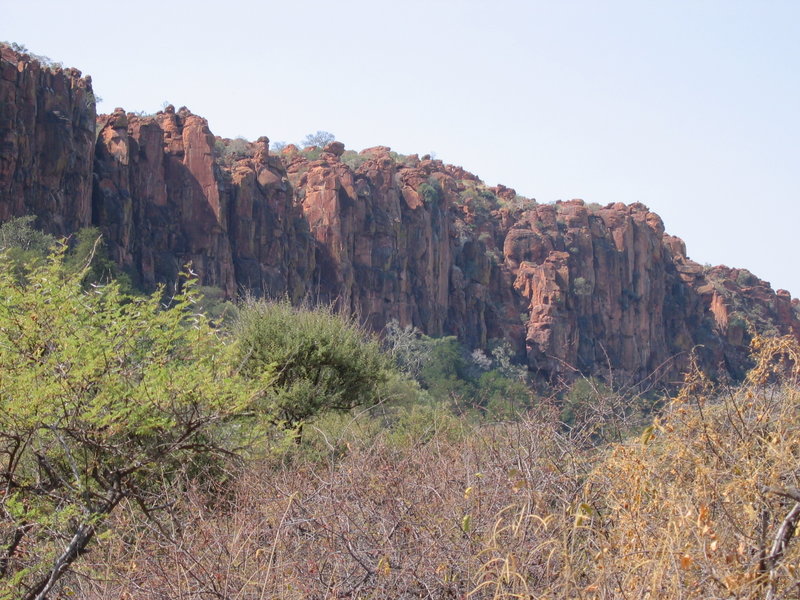 Geologically, the oldest rock stratum is over 850 million years old and dinosaurs tracks were left there some 200 million years ago. The first human inhabitants were the San people, who left rock engravings believed to be several thousand years old. A small tribe of the San were still living their traditional lifestyle on the plateau until the late 1960s. 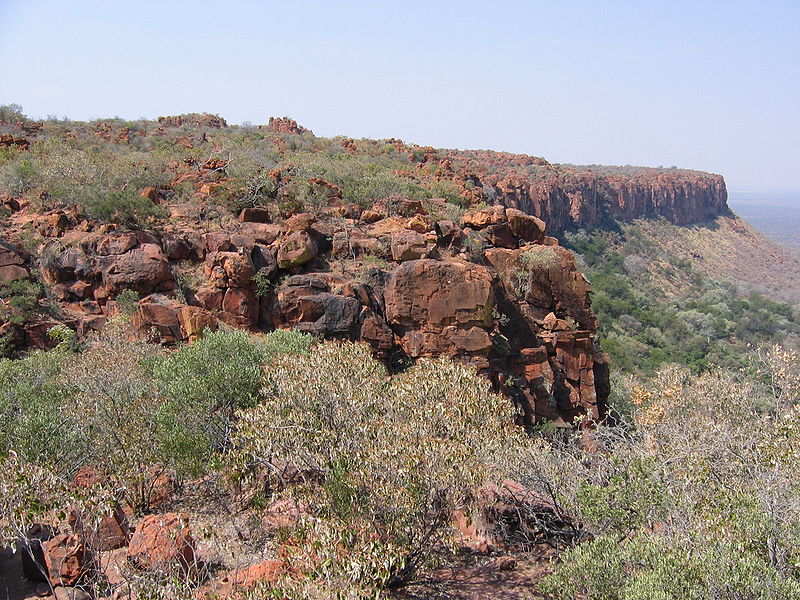 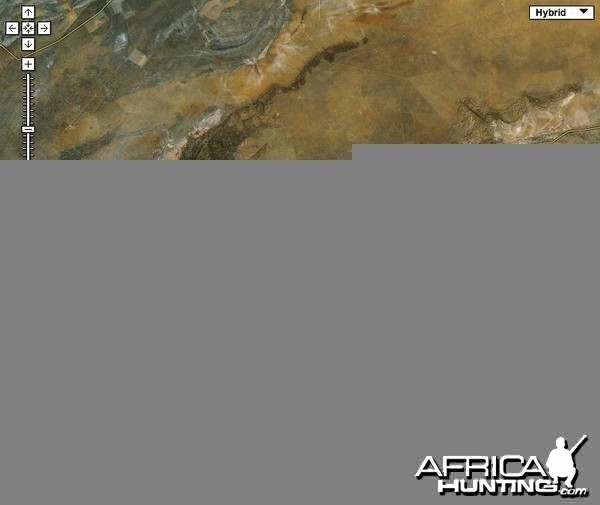 Welcome to AH.
I hunted in Namibia. Namibia is a beautiful country.
Good luck and all the best.

Louw : Welcome to AH. I thoroughly enjoyed my hunt with Jamy last July. I took some great trophies. My brother was along as an observer and was able to get some fantastic pictures. I hope to hunt with you and Jamy again soon. Next time buffalo.
Tell Kirsten “hello”.
To AH members: If you want a great PG hunt in a desert setting, Jamy Traut’s Panorama camp offers a fantastic hunt.

Great that Jamy’s operation is now a sponsor. I took the buffalo (42”) in my avatar with Jamy several years ago and recommend him to any and all. Great concessions and a better person. Welcome!!
"We sleep soundly in our beds because rough men stand ready in the night to visit violence on those who would do us harm" American Novelist - W. Churchill

"The past is a foreign country, they do things differently there." L.P. Hartley
W

Greetings from your pal in BC Canada,,,looking forward to our hunt in 2020,,,Hi to all,,M

Welcome Louw and https://www.africahunting.com/members/45655/ to AH!
Africa on my mind.

Glad to have you here. Your company has a good reputation. Welcome.
Bruce

I had the pleasure of hunting with Louw in July/August of 2018. My dad, son and I had high hopes for our first safari; Louw and his team greatly exceeded our expectations. We hunted PG in both Kaokoland and Panorama with side trips to the coast and Etosha. I have been gushing to friends and family about how pleased we are with our experience with Louw. I would be happy to talk more in detail if anyone has questions.
Simply put, I am a very happy client!

Welcome to AH
Micah 6:8 - Seek Justice, Love Mercy, Walk Humbly with your God
You must log in or register to reply here.