Yet another reason to be protected while you travel this summer.. 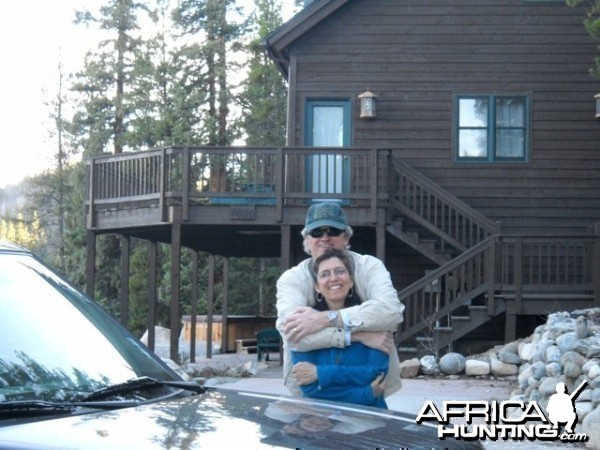 For the first time in their extensive travels, Lorne and Mary Liechty purchased a Global Rescue membership. For the first time, they needed it. On only his second day in Zimbabwe, Lorne found himself with an eye irritant that felt as if someone had stuck a needle in his eye. Four hours from the nearest medical facility, Mary turned to Global Rescue.

“We were trying as hard as we could to do what we knew to do,” Mary explained. She had attempted to flush the piece of debris out twice after Lorne complained that it felt as if it were poking into his cornea. “We talked to his personal ophthalmologist and then to his specialist. He has macular degeneration, and the specialist assured us it had nothing to do with the MD, and that it was likely something foreign in his eye. He said, ‘put the drops in, if it hurts don’t keep using them.’ So, we put one drop in and it was extremely painful, excruciatingly painful, so we didn’t put anymore in,” Mary said. In the midst of these attempts to ease Lorne’s pain, Mary called Global Rescue.

“I hadn’t even remembered to call you until I prayed and I just really felt like that was my answer for that moment, to be able to be at ease with what we were doing,” Mary continued. She spoke with several Global Rescue operations personnel over the course of multiple calls using a satellite phone from their remote location amidst connectivity issues.

The next morning, when Lorne’s condition had not improved as they had hoped, Mary packed up all their belongings in case they needed to be evacuated, and drove to Bulawayo to see an optometrist and an ophthalmologist. “The doctor put some kind of dye in Lorne’s eye. Everything that was damaged showed up red in his eye. It was more than a third, I would say close to half of his entire cornea that had been injured,” Mary said. “It was pretty amazing to me how much damage a little speck of nothing could do.”

Next a nurse at the facility professionally flushed Lorne’s eye. “Immediately he felt better,” said Mary. “He sat up and opened his eyes without pain for the first time in 24 hours.”

Mary theorized that the foreign object was a small piece of thatch from their cabin roof. Once the situation was resolved, the couple stayed over in Bulawayo for the night before returning for the remaining seven days of their trip without further incident.

Praising the affordability of Global Rescue membership, she continued, “I saw it as a good financial investment in my peace of mind for this particular trip. I told my husband it was very nice to have someone I could turn to when I was completely at my wit’s end, someone to share the unknown with.”

Mary continued, “More than anything else, I think Global Rescue gave me an opportunity to feel that there was an ‘out’ for this – that there was a way to handle our problems and not feel like I was on my own there in the middle of Africa, four hours from the closest doctor. Talking with Global Rescue gave me the confidence and assurance that, even if I am handling this on my own, I am not alone.”
Last edited by a moderator: Dec 1, 2016