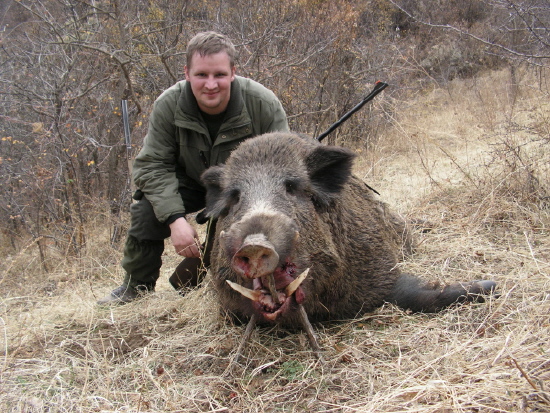 My association with these hunts is purely a social working relationship. I am the only American state hunter in this region as well as being the US-German coordinator for the various American hunting groups associated with the US military in Europe.

I thought I’d show you guys some of our hunting in Bavaria. We just held a Driven/Stand hunt in the State forests of Hohenfels. These hunts are always a big turnout due to the fact that the areas are closed to the public except for six organized hunts a year. We hold one of the largest herds of Rotwild (Red Deer) in all of Germany. Typically we produce 20-25 gold medal class Hirsch a year on this revere either during drive hunts or single hunts.

The hunt was held over two days, 29-30 October, near Hohenfels Germany. The hunting area is a US military training area of over 16,000 hectares, 9,000 of which are forested. Hunts in this area are by invitation only. We had ten American hunters from the surrounding areas draw seats for this hunt. They were a good group of experienced hunters including one father/son team. 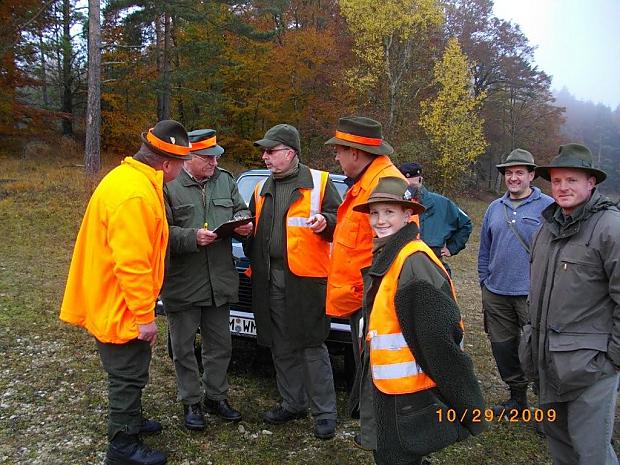 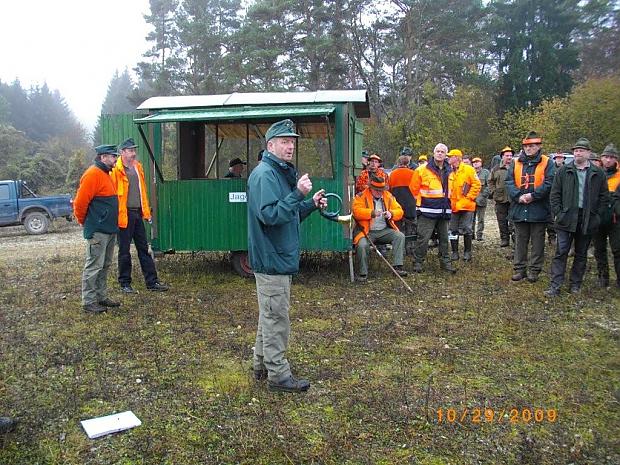 Day one started out at 0630 in the pre morning dark. The call of the horn assembled the 75 plus hunters at the briefing location. Hunters were quickly signed in and briefed on the rules of the hunt. We broke everyone down by their guides, no more than nine hunters on stand per guide. By 0730 we moved out into the revere. Hunters were seated on the stand by 0830 and the walkers and dogs began moving at 0900. The first kill of the hunt was a boar at 0850, followed quickly by several more as the first groups of boar were pushed through the area. Shooting continued throughout the morning until the mid day break. At the break I linked up with three of my ten American hunters. One was busily dressing a great Class 2 Hirsch, red deer stag with thirty inch beams. A beautiful stag taken at 160 meters with a sauer 300 WIN MAG. Immediately following the break the dogs and drivers began moving again. A rapid four shots from another American hunter drew my attention and I quickly made my way to a stand on a large open field. My hunter had shot four pigs, all from the same herd. Talk about some fast bolt action shooting. He worked that Heym .308 straight pull action like a semi auto and hit four for four. Day one ended with the call of the horn, signaling the final shot. All the game was gathered and brought to the foresters hut for a traditional lay out and honoring of the game, the strecke legen. My ten American hunters proudly kept score and determined they had accounted for nearly half of the game taken that day. Not bad for ten Americans out of nearly 75 hunters. Good shooting was the standard throughout as well as good trophy selection. A fine Class 2 Stag and several Class 3 and lesser spike bucks were taken on the first day. The horns were played for the fallen game and the Schutzenbruch (hunter’s branch) was handed out to all hunters who were successful that day. 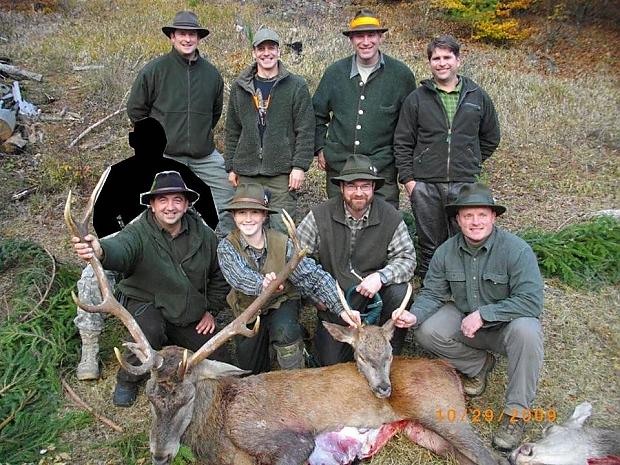 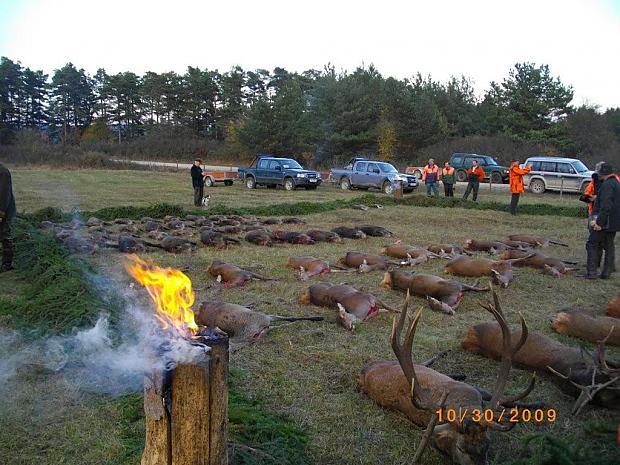 Day two started much the same as day one. We moved to the northern huts in order to hunt the more rugged hilly areas of our northern boundary. In this area the big stags are more common but the terrain favors them. Once our hunters were on the stand the shooting was fast. Large numbers of boar had moved into this area and the drivers were getting them up and moving. Several hunters reported seeing large stags but did not wish to spend the trophy fees for such deer. 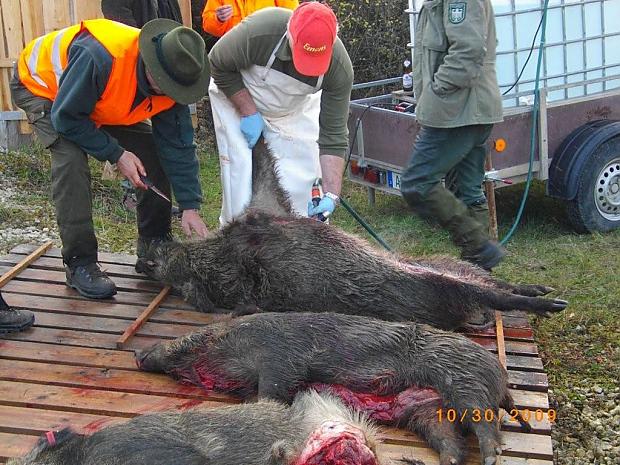 An absolutely huge boar was the first animal taken today. Tusks in excess of 14 centimeters exposed. The game was plentiful and moving due to the lack of previous hunting pressure. Shots continued throughout the day. An absolutely beautiful Class 2A hirsch Stag was taken as a management kill. It suffered from a previous wound to the left hind leg and a dislocated hip. Post mortem inspection revealed that infection had set in and the hunter rightfully exercised his responsibility to the game by putting this fine animal down. The final strecke legen was impressive over thirty hogs, nine reh deer, over twenty red deer. A fine Capital Hirsch, several class 3 hirsch, spikes, and does not to mention the biggest boar seen this season. Once again we played the horns honoring the game and the hunters who took them. It was an outstanding outing. 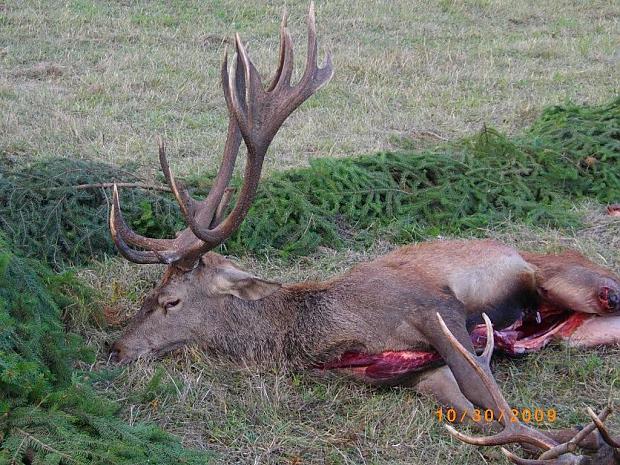 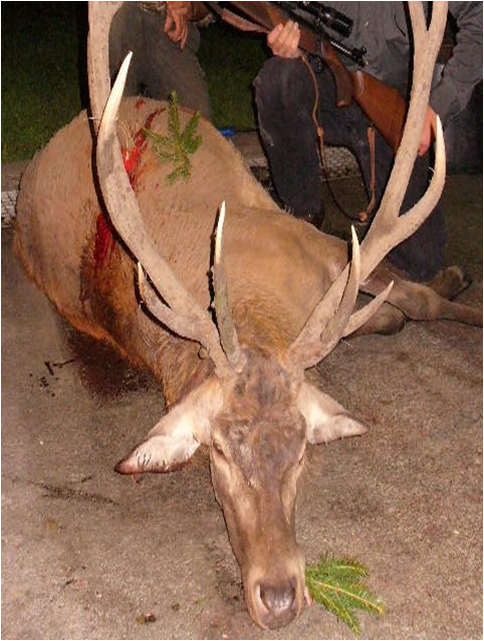 On the final night the high point of the evening was the Schusseltreiben or Last Drive. This was held at our local meeting place, our jagd hall has been in existence for over four hundred years. It is filled with the trophies of hunts and memorials to past hunters. This room is the most impressive place I've ever seen, four centuries of hunters and tradition. The menu for dinner was red deer fillets in a dark beer sauce and homemade wild boar bratwurst prepared by the wives and families of our members. The beer as always in Germany is the finest, a special dark beer known in the region as Kupfer. We can easily accommodate a hundred hunters after the hunt so this crowd felt right at home. The Jagd Konig or “king of the hunt” is always named at these events. The horns are played throughout the evening, the traditions are observed and enforced by our senior jagers. Infractions of the traditions of the hunt or in honoring the jagd Konig are levied by the Senior hunter present, in a good natured manner. Penalties can be severe and almost always involve paying a fine in alcohol, either consumed or purchased. The festivities continued through till nearly morning when we all departed for our hotels or homes. Great times in a wonderful country. 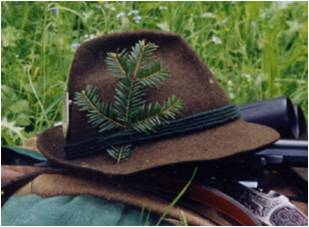 Macs B, Thank you for the great pictorial hunting report from Bavaria. I can't tell you how close to my heart the hunting in Europe is... it's part of who I am. I've hunted in Alsace, France since I could hold a gun. My family has had a hunting property for generations outside of Strasbourg and I would spend every moment that I could hunting and enjoying the nature... When I see scenes like this it's just like home for me.

You are so fortunate as an American to have experienced the true European tradition of hunting. It's just something different than what you can experience anywhere else! 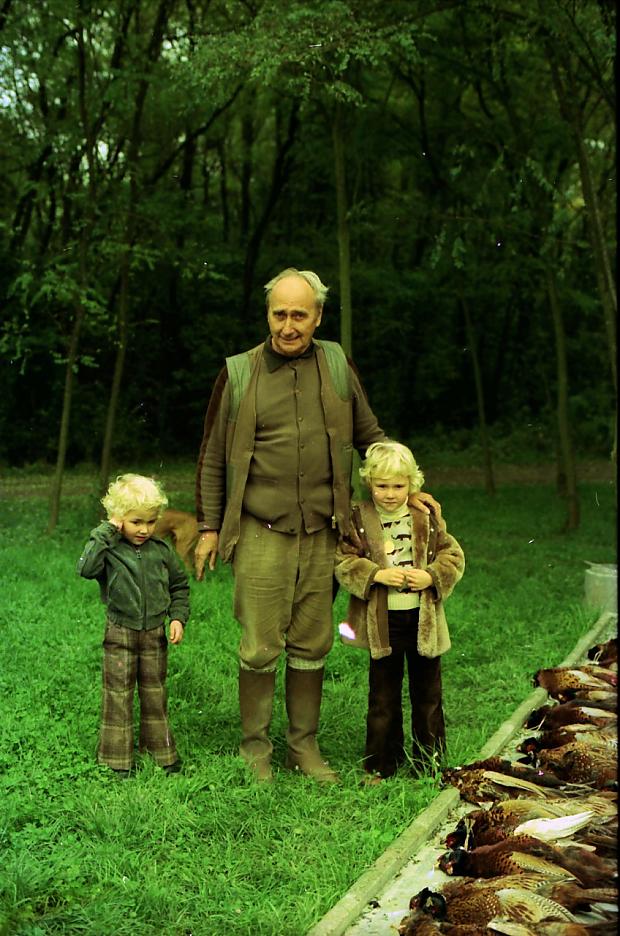 Some of my earliest memories are of me hanging out with the game keepers, beaters and the dogs... 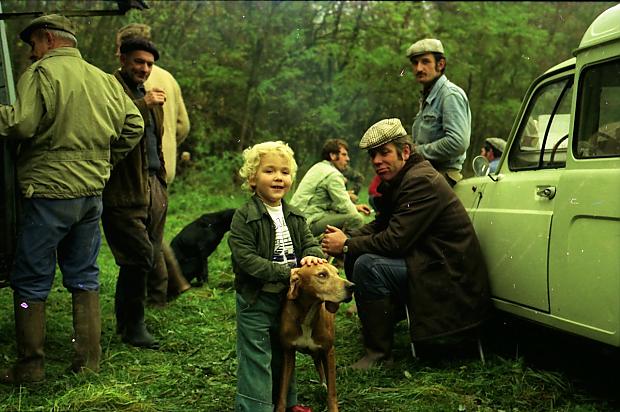 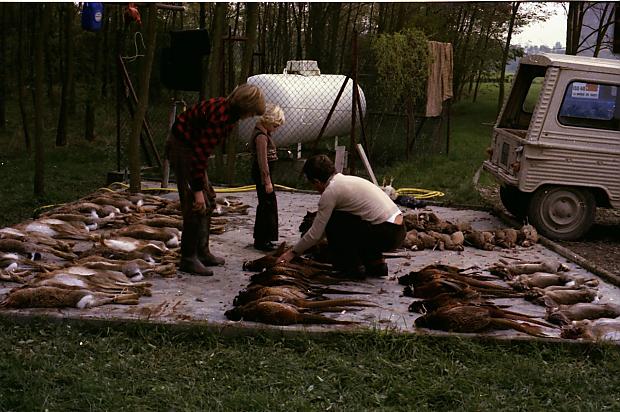 Some boars of the day's driven hunt... 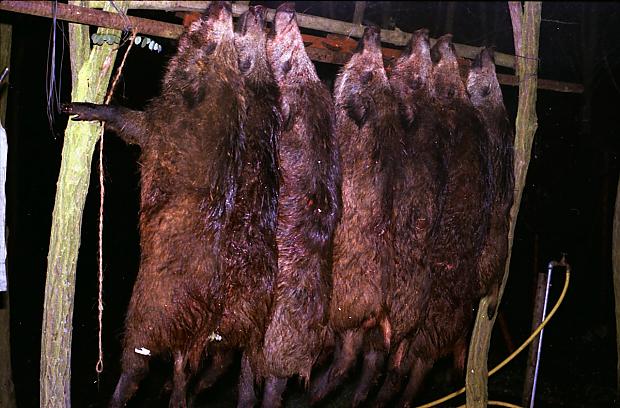 Last edited: Dec 8, 2016
Jerome Philippe, Founder of AfricaHunting.com
You must log in or register to reply here.