Jaegerschnitzel1990 said:
Nah, the one that got killed this year in July. He was still in velvet.

That´s not you btw, is it? Otherwise we would know each other quite well :-D
Click to expand...

Sadly, there are so many losses, I don't know everyone.....

the greatest bear murderer of all times-
Nicolae Ceaucescu.
Romanian Dictator-"Titan of the Carpathians"

He not only murdered the animals but also tortured, froze and starved his people.
He was the European edition of Kim Yong Un.
Ceausescu wanted to break all hunting records and above all to make Broz Tito (Yugoslavia) and Leonid Breschenev (UDSSR) look small as hunters.
Worse than Goering (Nazi) in the German Reich and Erich Honnecker ,(Communist) GDR, he performed.
I have the luck to be allowed to hunt regularly in a Ceaucescu district. Hunting in the rut red deer.And have also been able to "admire" his hunting facilities.
Most of his bears, altogether 3.900 !!! in the number he shot in over 20 years with driven hunts, or on his comfortable "high seats".See photos.
On two mornings he shot once over 31 !!!! Bears, 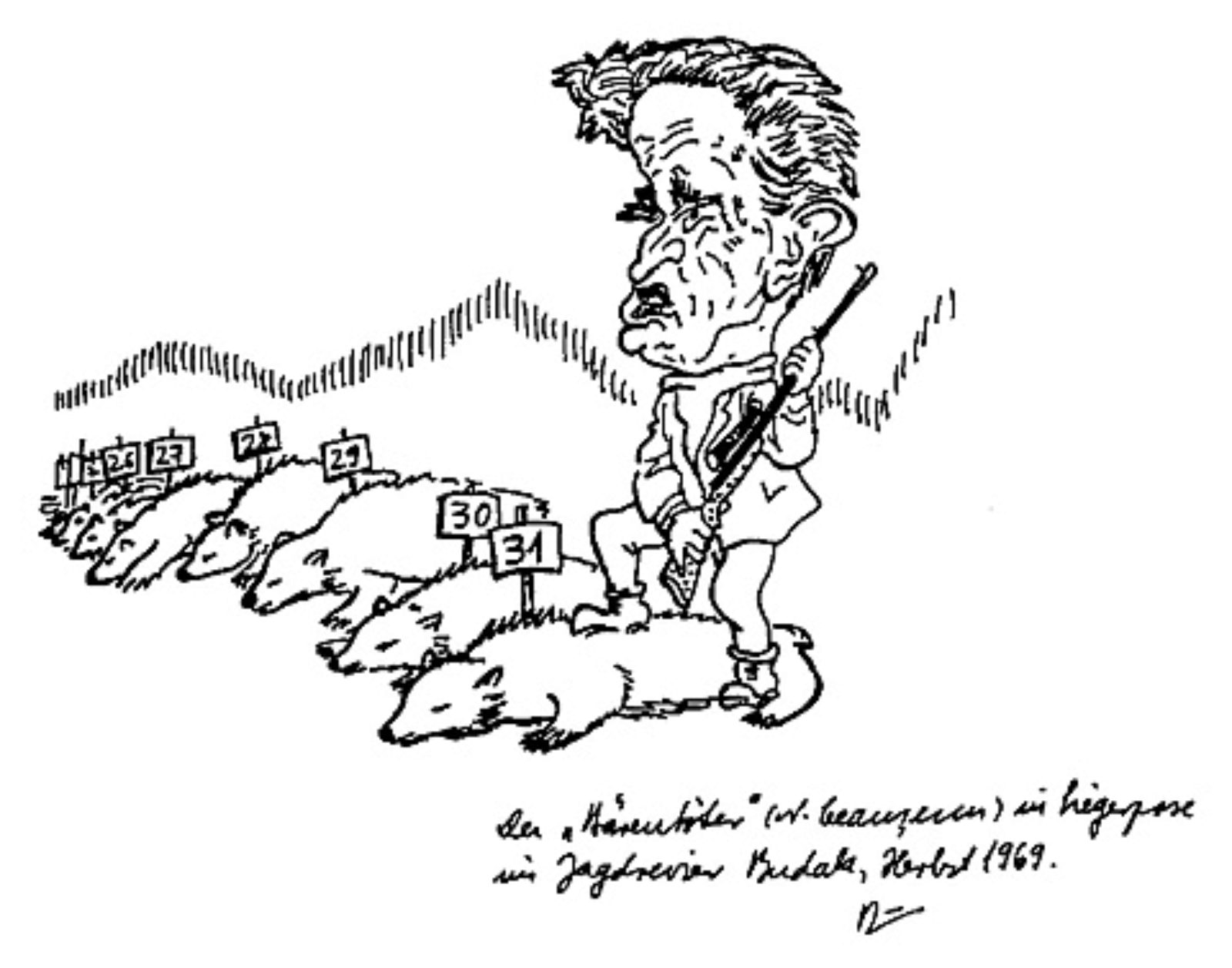 which his hunters had to breed like sheep.
His secret police, Securitate, so the old foresters told me, marked the trees with chalk and if one of his PHs - who were only allowed to have shotguns - did not go below this range with a broken/open weapon, his bodyguards shot the hunter.
All this is hard to believe, but against this person even Count Dracula was harmless and he was more afraid of assassination than Adolf Hitler or Idi Amin 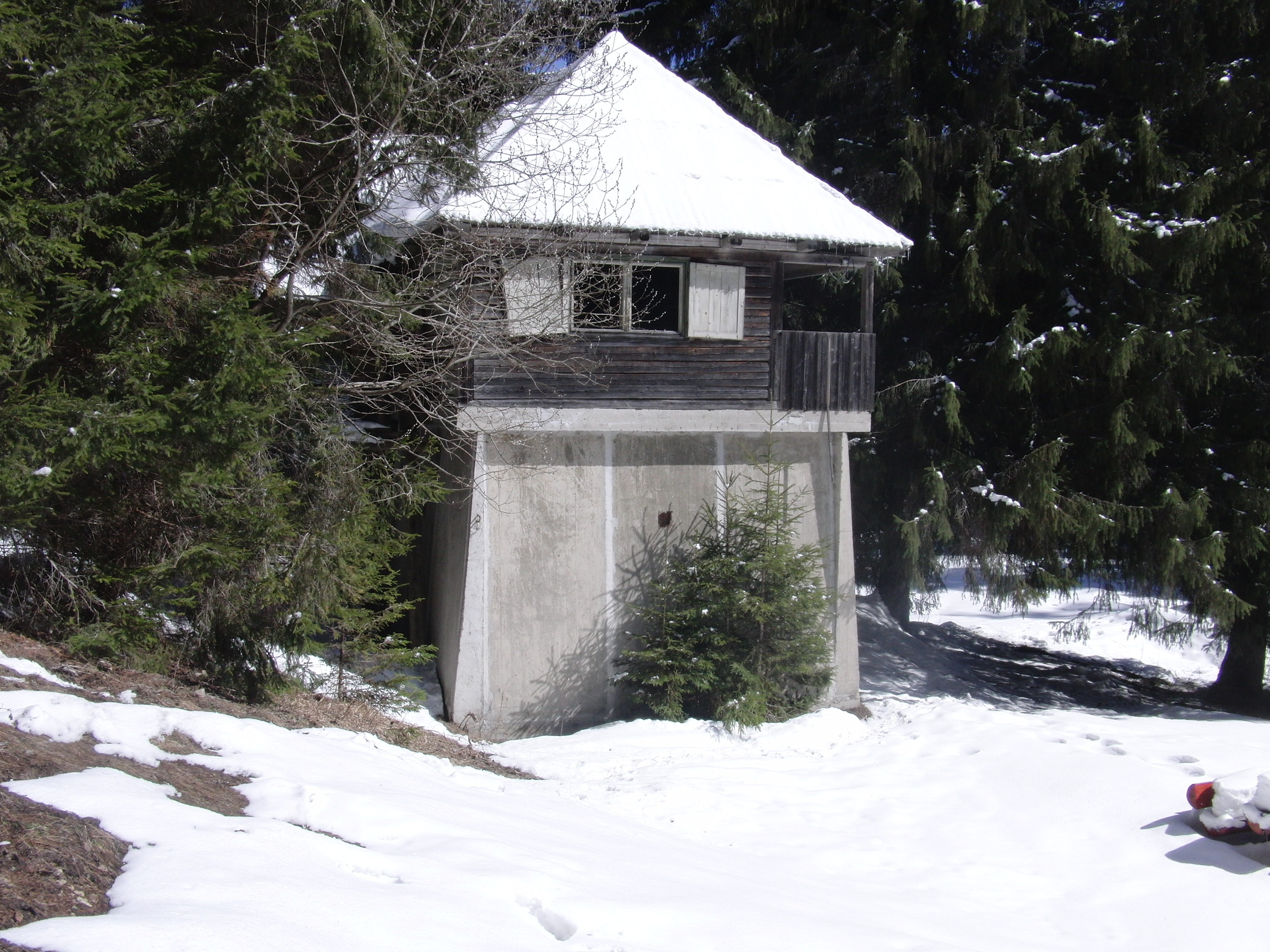 a "simple" Ceaucescu high seat in the Carpathian wilderness 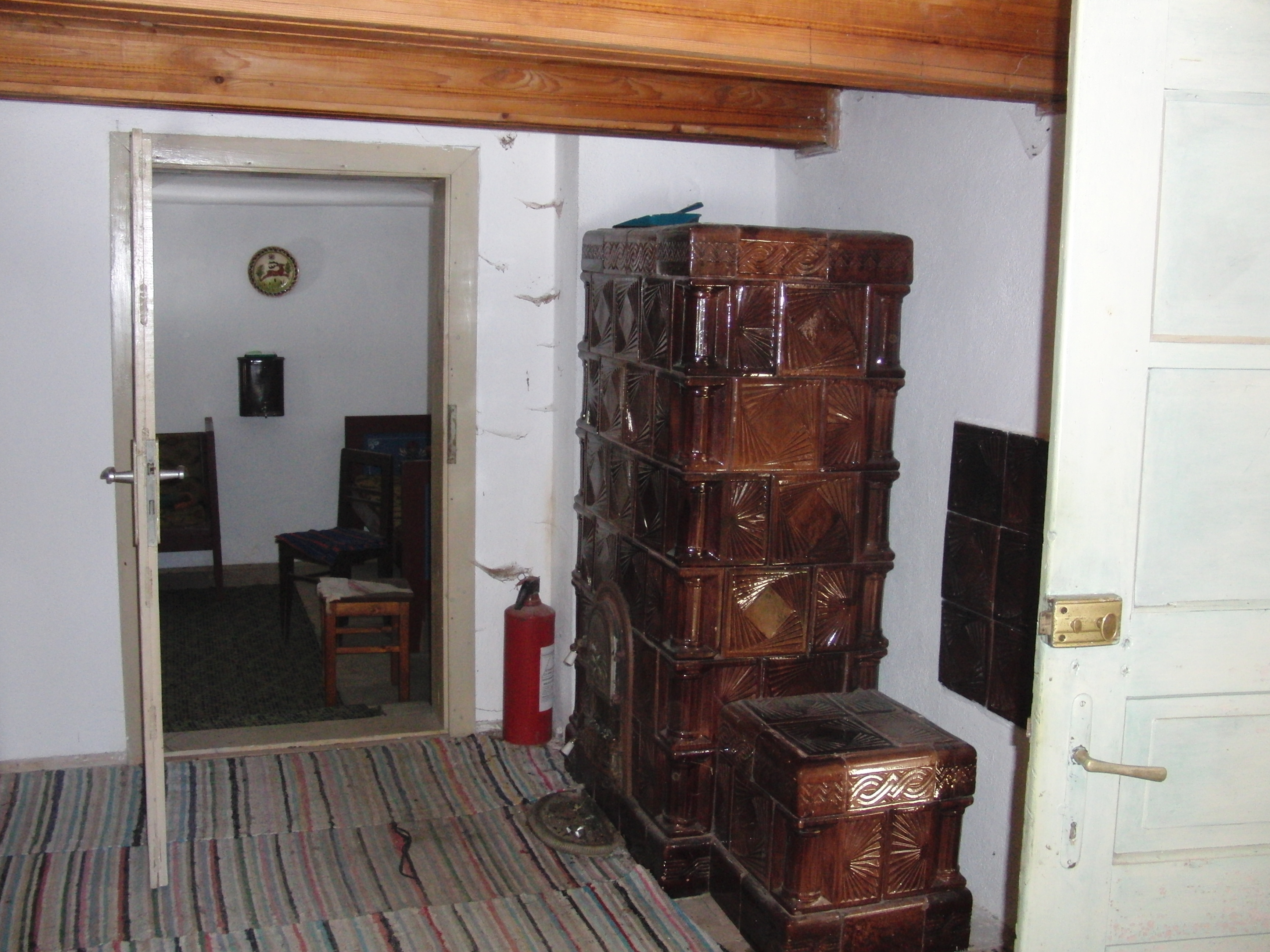 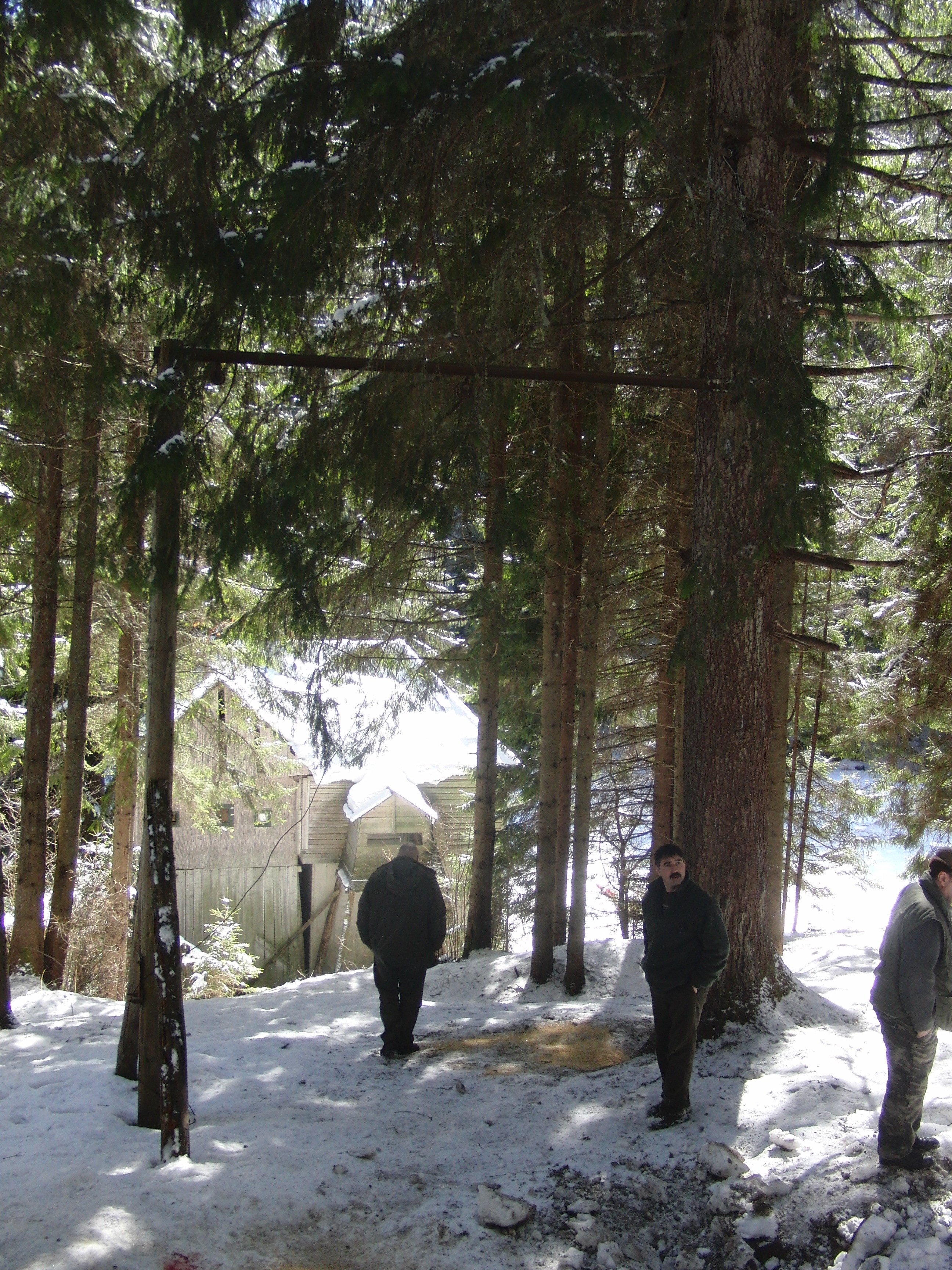 An old horse was brought up with chain tied to the iron bar ,shot and the big hero shot the bears from a good 20 meters from his hatch.
Here you can see corn at the bottom, this place is now used as a place for photo tourists (there are almost none) to see Ceaucescu bears . And boar hunting.
There was even a plan to fly in the largest coastal bears of North America, so that they can cross with the Carpathian bears.For this project, however, he ran out of money towards the end of his career. 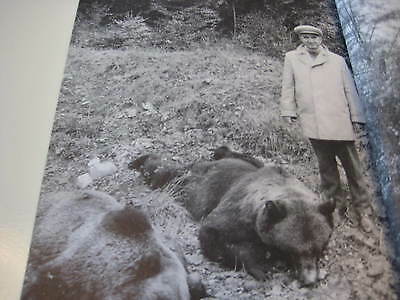 He was also a resident chamois killer.
His people starved and he had highways built in the uninhabited chamois regions to comfortably reach his prey.
In Europe there is a belief, that whoever kills an albino chamois must die within a year.
As proofs the Austrian crown prince Rudolf (son of empress Sissy) is quoted. suicide on castle Mayerling.
The assassination of the heir to the throne Franz Ferdinand in Sarajevo.
Trigger of the 1st World War.
Both shot a white chamois and had to die on schedule within a year.
So shot the Carpathiantitan,this ugly creature from a gondola !!! !!! in January 1989, say and write 66 !!! chaimois. 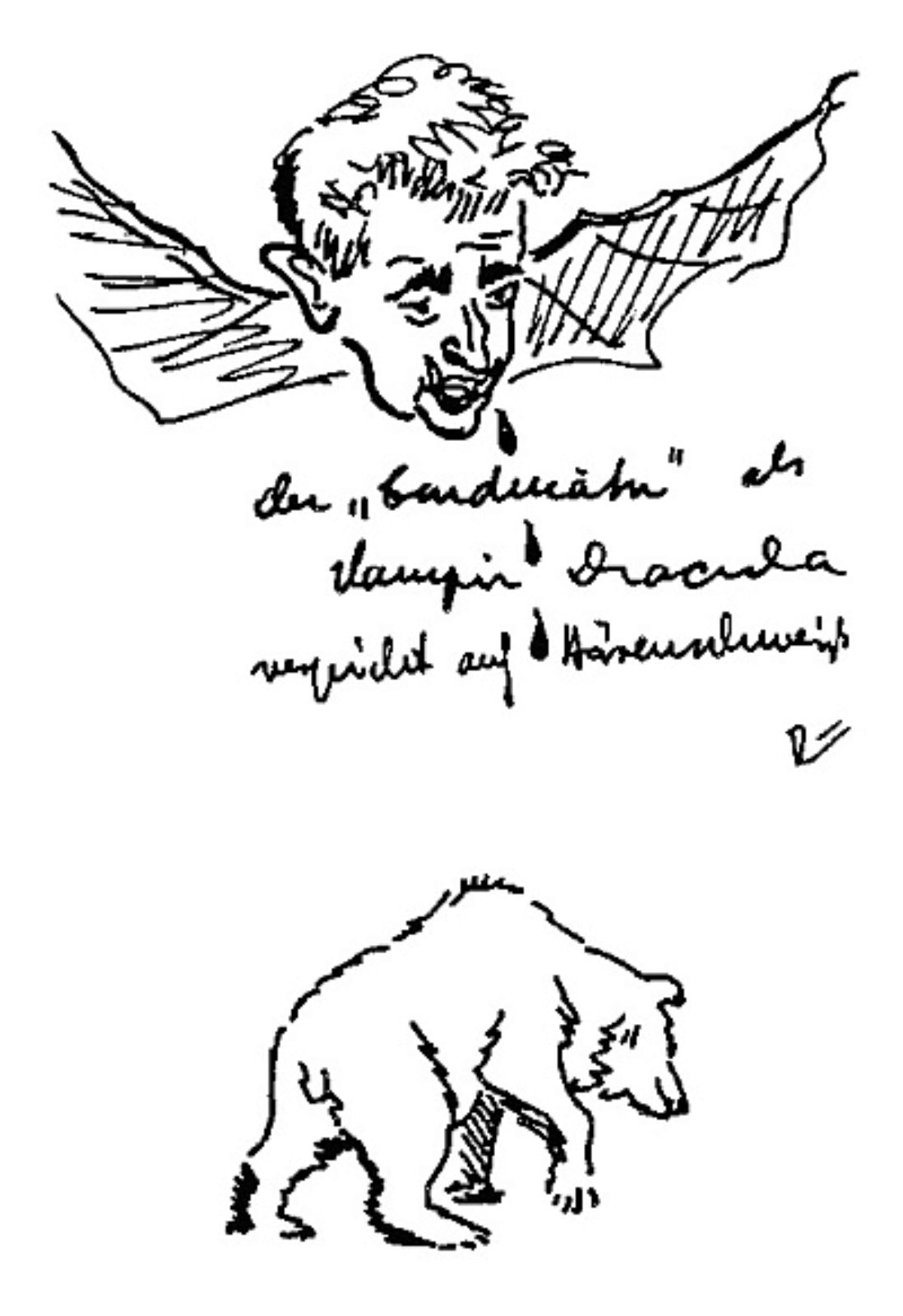 Eleven months later he was executed with his wife Elena (more hated by the people than he).
Too bad that he did not get much earlier to a white chamois.
Man and animal would have been spared much.

Most interesting post.
I had no idea about white chamois!
Thank you for sharing, @Foxi!