From Poacher's Son To Conservation Leader 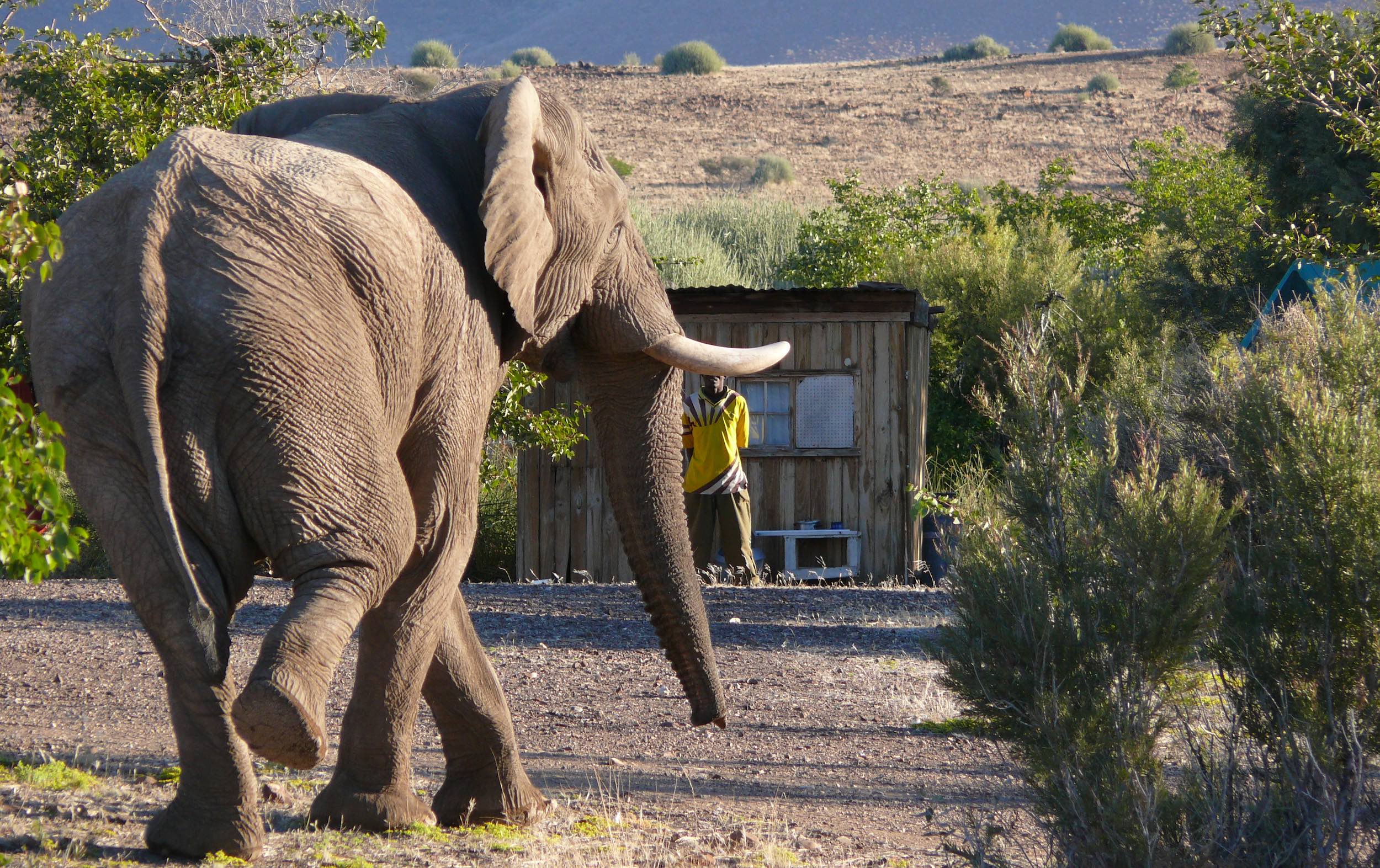 John Kasaona tells his story & his people's history as it relates to Namibian conservation. He expresses frustration over those who criticise policies unfairly.


From Poacher's Son to Conservation Leader 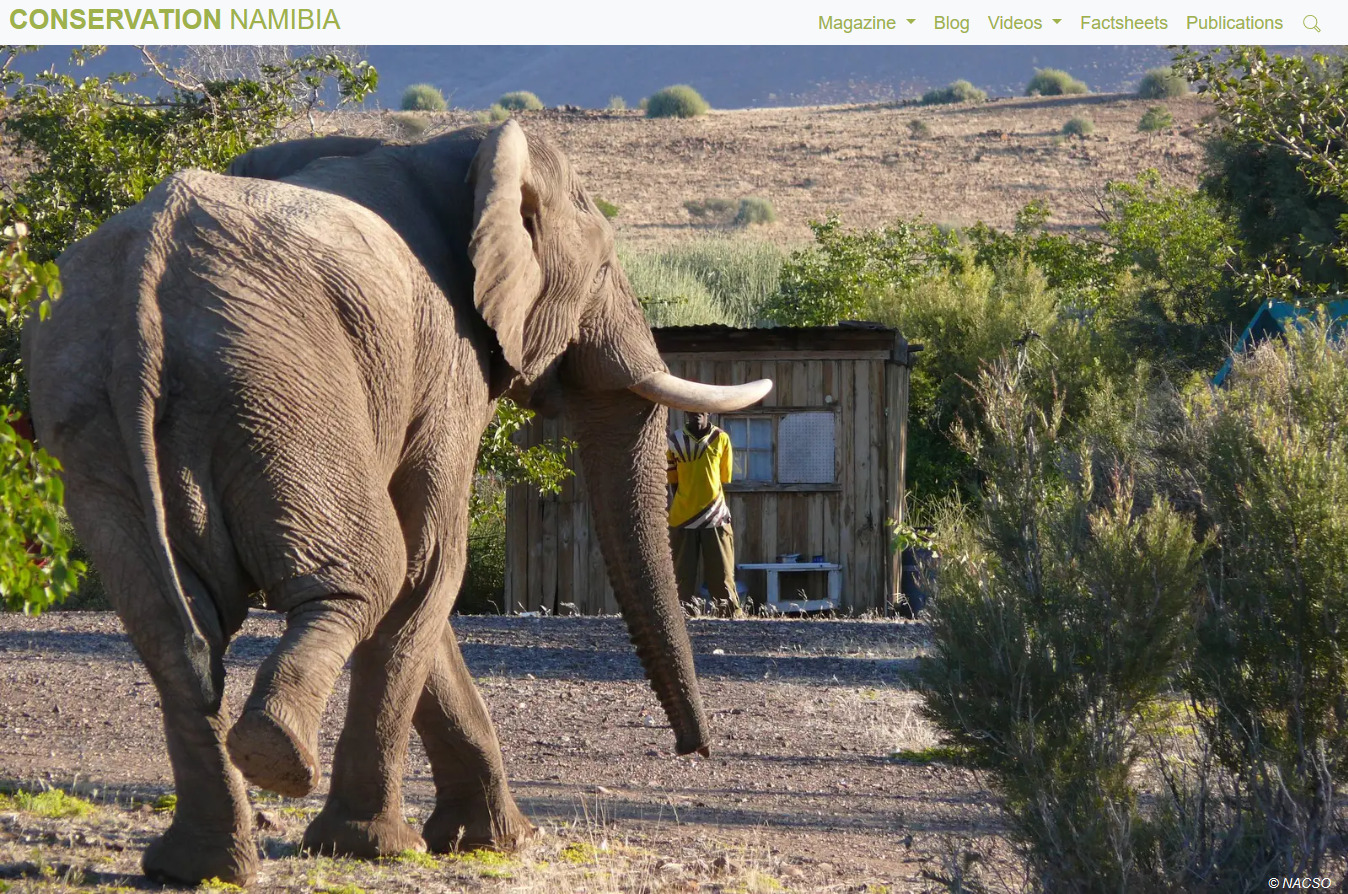 
This article is solely the opinion of the author(s) and does not necessarily reflect the position of the Conservation Namibia partners.

I was born in a dusty little village in the north-western part of Namibia called Otjindakui in 1971. A typical Ovahimba boy, I wore the latest fashion in our traditional dress – goat or sheep skin coverings that hung from my waist. Wearing a new sheepskin would bring great admiration from my friends, like kids in cities wearing a new pair of jeans from Markham's!

We led simple lives that revolved around our livestock. Young Ovahimba boys (and sometimes girls) were tasked with caring for the sheep and goats. Every morning I would go out to the kraal (enclosure) to check on our animals, especially making sure that the young ones found their mothers and had enough to drink. I would then herd the animals for the rest of the day – either watching over them while they ate in the field, or taking them to the water point to drink.

Like all the other young boys, I could identify my goats and sheep individually – I never needed to count them to check that they were all there, because I knew each one and would notice immediately if any were missing. In our culture we never count our animals, because we believe that knowing the number invites a curse on the family that will lead to our downfall. Who needs numbers when you knew your animals as well as I did, anyway?

I am mentioning these things because I want to show where I come from and to give you some idea about the traditional views and values held by my people. These traditions included ways to live alongside wildlife – we had traditional systems for using wild animals sustainably, as one of the many natural resources we relied on for survival. Hunting wild animals didn’t just happen randomly – only the chief could authorise hunts, and his subordinates would not dare to break these rules. We survived in this way for hundreds of years, until our land was colonised – first by the Germans, then by apartheid South Africa.

The colonisers decided that the wild animals belonged to them and therefore labelled all indigenous people who wanted to hunt traditionally as poachers. Banning us from using these animals was especially cruel during the 1980's, when our land was gripped by a severe drought and nearly all of our livestock died. Many men, including my father, felt they had no choice but to hunt wildlife for meat to feed our family. He, too, was labelled poacher.

Some men were even given guns and offered money by white people to poach the high value game like elephants and rhinos. When your livelihood has been all but destroyed by drought, being paid to produce horns or tusks is an offer that is difficult to refuse. This combination of drought, disregard for traditional systems of wildlife use, and widespread poaching led to wildlife populations collapsing in my homelands, now called the Kunene Region. Ironically, the colonisers established Game Reserves and tried to enforce laws to protect animals, not recognising that their own actions had contributed to this dire state of affairs outside of the Game Reserves.

Namibian independence in 1990 brought a ray of light to our people. Soon thereafter (in 1996) people living in the so-called communal lands were given a chance to have the same legal rights to wildlife as those granted to white farmers. In many ways, this was simply a re-establishment of traditional rights that existed long before colonisation. In other ways, the system was updated to allow the communities who had been ignored for so long to access new markets in a globalised new world.

We can now benefit from expanding the use of our resources beyond basic subsistence and into new business ventures that reach international markets. These especially include photographic tourism, conservation hunting, and harvesting plants for the cosmetic and medical industries. All of these are part of a system known as Community-Based Natural Resource Management (CBNRM), which is implemented through community-based organisations like communal conservancies and community forests. CBNRM industries have expanded to the point where the sustainable use of our wildlife resources are becoming more attractive than cattle, which are increasingly impacted by climate change.

Today, Namibian rural communities are leading the way in developing a wildlife-based economy, and the progress we have made thus far makes us a model for the rest of the world to follow – including developed countries. I have seen this progress from the inside, from my beginnings as a poacher's son in a remote village to Executive Director of Integrated Rural Development and Nature Conservation (IRDNC), one of the leading Namibian non-governmental organisations that support CBNRM.

Our people are rightfully proud of the progress we have made thus far, through our own home-grown approach, although the conservation journey has not always been a smooth ride. Due to our own successful conservation measures, wildlife numbers are increasing, but some animals can be difficult to live with. People in our rural areas are living side-by-side with some of the most dangerous animals in the world – elephants, lions, crocodiles, and hippopotamus, to name a few. These and others can be a threat to human life, and they commonly kill livestock, damage water infrastructure and destroy crops – yet somehow we still manage to coexist with them. In some places, people can no longer move around freely to fetch water or firewood for cooking due to the presence of dangerous animals. Few countries in the world can boast the same level of tolerance and coexistence that we show for wildlife in Namibia.

This is why I am deeply concerned and upset when people from outside try to destroy all of our hard work. They first try to boast as saviours that have come to teach us how to conserve our wildlife, without recognising any of our past efforts, proven approaches or traditions. When they don’t get their way as saviours they become critics – picking holes in every part of our CBNRM programme and declaring every problem they come across to the world. I am not saying that there are no problems with CBNRM – as Executive Director of IRDNC I am well aware of all of the challenges we face – but the attitude that these people show towards community conservation with their constant criticism is highly disturbing.

What infuriates me even more is when people who do not live with dangerous animals then start to pick individuals from those species and give them names. When one of these favourite animals causes damage, then they try to prevent the government from declaring it as a problem animal, because their animal is now untouchable. I do not understand how these animals get names in the first place, and it is even worse when their lives are valued more than the people who are responsible for conserving them. It is especially hurtful to see people from overseas crying about a particular animal’s death, yet they never once talk about the suffering our people face due to living with dangerous animals. Farmers in their own countries are not prepared, or expected, to live with far less dangerous and difficult animals than ours.

These are our animals. We conserve them and we endure the hardship that comes with living alongside them, but we do not see the need to give them names and treat them like pets. People who live in nice houses in the city do not have to gather water and firewood every day near dangerous animals, they do not suffer livestock or crop losses, yet they think that they can tell us what we can or cannot do with these animals!

One particular example of the issues I am talking about is Chris Bakkes’ book (Plunderwoestyn translated: Plundered wilderness). His first job in Namibia in 1995 was with IRDNC, working as a field officer. Our CBNRM programme was the reason he found a job and learned about community conservation in the first place. After a few years, and perhaps realising that CBNRM didn’t need a saviour, he resigned to join Wilderness Safaris Namibia. In his recent book and other media articles, he has set out to taint Namibia’s conservation image. He seems so concerned about conservation, but where is he now? Is he doing anything to help, besides sit on the sidelines and criticise? Critics like Bakkes offer no constructive advice, but instead discredit and demotivate the people living in communal conservancies from doing their part for conservation.

It seems to me that the critics are jealous of our success and annoyed that they cannot be heralded as our saviours. They want to force us to use their European approach to conservation, without recognising that our African approach has been far more successful. Or perhaps they want to undermine community-based efforts so that they can colonise us again and control the way we use our resources. These people are silent when animals like lions and elephants are killed on white-owned game farms, yet they make noise whenever the same happens on communal lands. This reveals that their criticism is unfairly biased against communal conservancies – these attacks must stop.

My colleagues and I who are working in the CBNRM programme take a different approach to Bakkes. We understand our history and where we come from. We know what the challenges are and work hard to resolve them, but we also celebrate the fact that Namibia has managed to create a truly inclusive form of conservation. Our rural people, many of whom are illiterate, have achieved better conservation results than any developed country – 46% of Namibia is under some form of conservation management today, and there is more wildlife in Namibia now than at any time in the last 100 years. Few countries in the world can make such claims. Given the scope of this work and the number of people involved, is it any surprise that challenges are met along the way? Yet we are committed to overcoming these challenges.

We see a future built on our foundational CBNRM approach that will benefit both people and wildlife, and because we are born and bred Namibians, we are determined to see it through. We cannot let the critics destroy our past success or interfere with our plans for the future – conservation is a journey for us that will not end, even when we die we will pass it on to the next generation.

Well said. Let those who know what they are doing do it. All others sit down and shut up.
You must log in or register to reply here.

A Namibian’s View On Hunting In His Home Country
2

Ministry Of Environment & Tourism Response To The Lion Concerns In Namibia

Opinion: How Hunting Black Rhino Contributes To Conservation In Namibia