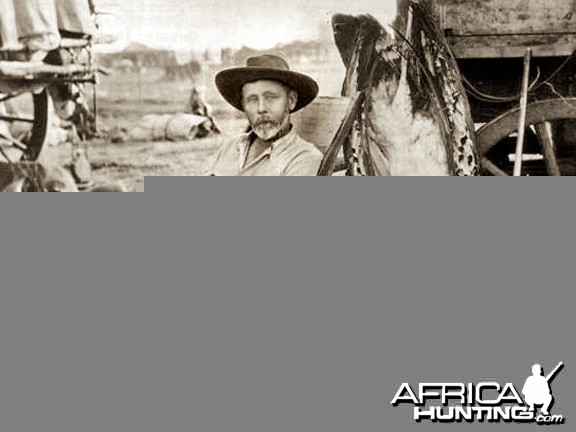 Frederick Courteney Selous (31 December 1851 - 4 January 1917) was a British explorer, officer, hunter, and conservationist, famous for his exploits in south and east of Africa. His real-life adventures inspired Sir H. Rider Haggard to create the fictional Allan Quatermain character. Selous was also a good friend of Theodore Roosevelt, Cecil Rhodes and Frederick Russell Burnham. He was the older brother of ornithologist and writer Edmund Selous.

From a young age, Selous was drawn by stories of explorers and their adventures. Furthermore, while in school, he started establishing personal collections of various bird eggs and butterflies and studied natural history. One account, recalled by his school master at Northamptonshire when Selous was ten years old, relates:

"... on going around the dormitories to see that all was in order, discovered Freddy Selous, laying bare on the floor clothed only in his night shirt. On being asked the cause of this curious behaviour, he replied "Well, you see, one day I am going to be a hunter in Africa and I am just hardening myself to sleep on the ground."

He was educated at Rugby, England and abroad in Germany and Austria - his parents hoped he would become a doctor. However, his love for natural history him to want to study the ways of wild animals in their native habitat. His imagination was strongly fuelled by the literature of African exploration and hunting, Dr. David Livingstone and William Charles Baldwin in particular. He would eventually become as great a hero and fictional character himself.

When Frederick Courteney Selous arrived at the southern tip of Africa on September 4th, 1871, with his sights set on becoming a professional hunter, he was not yet 20 years old. After traveling northeast some 1200 miles into what is now Zimbabwe, he met with Lobengula, King of the Matabele, and asked for permission to hunt elephant in his territory. The great King laughed at his youth and naiveté, asking him, “Have you ever seen an elephant?” but granted his request anyway, even after the young Selous had answered the King's question with a simple “No.”

Thus began the career of the man who would become Africa’s greatest hunter - and much much more. He would learn his craft from the greatest teacher of all, experience, spending much of the next four decades in the mostly uncharted regions of Southern Africa; his travels taking him through what are now Tanzania, Zimbabwe, Mozambique, Botswana, and South Africa. Once there, he explored and hunted, learning everything he could about Africa and the people, plants and animals that inhabited it. He had a natural talent for keeping detailed records of his observations and experiences - mostly though, of his hunting adventures.

He would eventually author nine books, including "A Hunter's Wanderings in Africa”, "African Nature Notes and Reminiscences” and “Travel and Adventure in South-East Africa”, all now classics; first hand accounts of his explorations and adventures.

A dedicated naturalist, he would send, over the years, some 5000 specimens of African flora and fauna to the British Museum of Natural History, including an extraordinary array of butterflies, still an important part of the Museum's collection, and where, in 1920, a bust honoring him was dedicated in the main hall of the Museum, where it stands today. 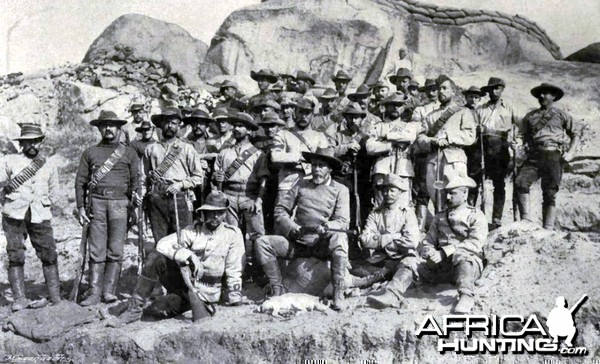 In 1890, Cecil Rhodes commissioned him to guide the first column of settlers north into Mashonaland, and later, when former US President Teddy Roosevelt embarked upon his famous Safari in 1909, Selous served as one of his guides. Coming to England in December 1892, he was awarded the Founder's Medal of the Royal Geographical Society in recognition of his extensive explorations and surveys, of which he gave a summary in a journal article entitled "Twenty Years in Zambesia".

After living for a time back home in Great Britain, he would return to Africa at age 63, to fight for the British against the Germans in the First World War, ostensibly as a Captain in the Royal Fusiliers. In truth, he assembled his own unit of guerrilla fighters, made up in part of professional hunters, French legionnaires, American cowboys, and an assortment of other characters, including an acrobat and a Honduran General. And when the fighting slowed, he still hunted and netted butterflies.

But a snipers bullet would end his career and his life in Beho Beho, Tanzania, on January 4th, 1917. By then, at age 67, he was already a legend. Even the commander of the opposing forces that had killed him expressed regret over the circumstance of his death, calling it “Ungentlemanly”.

In 1922, his memory was honored when Tanzania’s Selous Game Reserve, Africa’s largest, was named for him. The Selous Game Reserve in southeastern Tanzania covers an area of more than 17 000 m² (44 800 km²) along the rivers Kilombero, Ruaha, and Rufiji. In 1982 it was designated a UNESCO World Heritage Site due to the diversity of its wildlife and undisturbed nature. And later, Rhodesia’s Special Forces, the Selous Scouts, bore his name. And though the Selous Scouts fought on the losing side in Zimbabwe's war for independence, there are even today busts of Frederick Courteney Selous in The Bulawayo Museum as well as the Queen Victoria Museum in Harare. 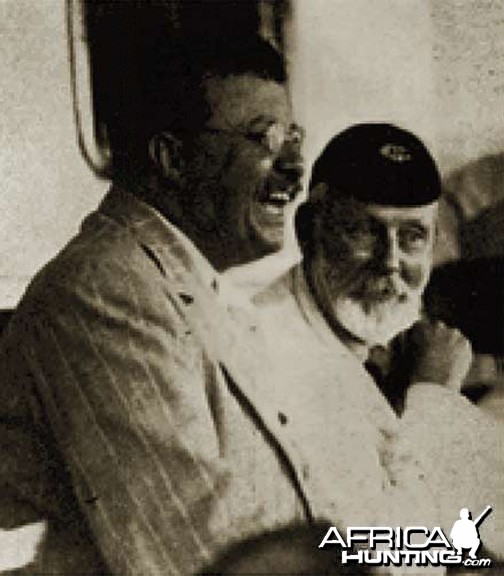 Teddy Roosevelt said of him "There was never a more welcome guest at the White House than Selous. He told us stories of his hunting adventures. He not only spoke simply and naturally, but he acted the part, first as himself, and then of the game, until the whole scene was vivid before our eyes. He led a singularly adventurous and fascinating life, and he closed his life as such a life ought to be closed, by dying in battle for his country while rendering her valiant and effective service."

Beside his powerful ties, like the ones with Theodore Roosevelt and Cecil Rhodes, military achievements or books he left behind, he is mostly remembered as one of world’s most revered hunters, as he went in pursuit of big game hunting not only into his southern African homelands but also reputed wildernesses worldwide, subsequently.

Selous journeyed in pursuit of big game to Europe (Bavaria, Germany in 1870, Transylvania, then Hungary but now Romania in 1899, Mull Island, Scotland in 1894, Sardinia in 1902, Norway in 1907), Asia (Turkey, Persia, Caucasus in 1894 - 95, 1897, 1907), North America (Wyoming, Rocky Mountains in 1897 and 1898, Eastern Canada in 1900 - 1901, 1905, Alaska and Yukon in 1904, 1905) and the "dark continent" in a territory that extends from today’s South Africa and Namibia all the way up into central Sudan where he collected virtually every specimen of all medium and large African mammal species. Surprisingly to many, he never hunted in India, a very popular destination with British sportsmen of the day, even more so when in fact at the given time it was the golden age of tiger hunting and shikaris.

In 1909 - 1910, Selous accompanied American ex-president Teddy Roosevelt in his famous African safari. Contrary to popular belief, Selous did not lead Theodore Roosevelt’s 1909 expedition to British East Africa, the Congo and Egypt. While Selous was a member of this expedition from time to time and helped organize the logistics of the safari, it was in fact led by R. J. Cunninghame. Roosevelt wrote of Selous:

"Mr. Selous is the last of the big game hunters of Southern Africa; the last of the mighty hunters whose experience lay in the greatest hunting ground which this world has seen since civilised man has appeared herein."

In 1907, Selous founded The Shikar Club, a big-game hunters association, together with two other British Army Captains, Charles Edward Radclyffe and P. B. Vanderbyl, and regularly met at the Savoy Hotel in London. President was the Earl of Lonsdale. Another founding member was the artist, explorer and biographer of Selous John Guille Millais.

He was a rifleman icon and a valued expert in firearms. Early in his hunting career, in the mid 1870s, Selous favoured a four bore black powder muzzleloader for killing elephant, a 13 lbs short barreled musket firing a quarter pound bullet at with as much as 20 drams (540 grains) of black powder, one of the largest hunting caliber fabricated, literally a small hand cannon. He could wield it even from horseback. Between 1874 and 1876 he slew exactly seventy-eight elephants with that gun, but eventually there was a double loading incident together with other recoil problems from it, and he finally gave it up as too "upsetting my nerve". He used a ten bore muzzleloader to hunt lions. After black powder muzzleloader behemoths became obsolete and metal cased cartridges and smokeless gun powder came into use, despite the fact that he was bombarded with gifts from the finest London gunmakers in hopes of advertisement (indeed he tried many), he was to be found accompanied in his hunt by two rifles, single shot, falling block Farquharson action, Metford barelled rifles in the two calibers he loved best: a Romanian .256 Mannlicher for smaller game and a .450 Nitro Express for larger game. His favorite gun makers were Gibbs of Bristol and Holland & Holland of London. There are quotes as to how Selous was in fact not a crack shot, but a rather ordinary marksman, yet most agree that was just another personal statement of modesty from Selous himself. Regardless, he remains an iconic rifleman figure and, following in the tradition of others, the German gunmaker Blaser and the Italian gunmaker Perugini Visini chose to name their top line safari rifles the Selous after him.

Many of the Selous trophies entered into museums and international taxidermy and natural-history collections, notably that of the Natural History Museum in London. In their Selous Collection they have 524 mammals from three continents, all shot by him, including nineteen African lions. In the last year of his life, while in combat in 1916, he was known to carry his butterfly net in the evening and collect specimens, for the same institution. Overall, more than five thousand plants and animal specimens were donated by him to the Natural History section of the British Museum. This collection was held from 1881 in the new Natural History Museum in South Kensington (which became an independent institution in 1963). Here, posthumously in 1920, they unveiled a bronze bust of him in the Main Hall, where it stands to this day. He is mentioned wide in foremost taxidermist Rowland Wards catalogues for world's largest animal specimens hunted, where Selous is ranked in many trophy categories, including rhinoceros, elephant and many ungulates. He was awarded the Royal Geographical Society's Founders Medal in 1893 "in recognition of twenty years' exploration and surveys in South Africa". 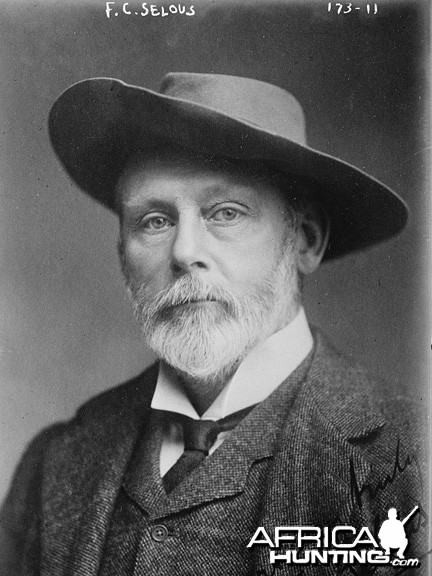 I was born 150 years too late!
"A man and a gun and a star and a beast are still ponderable in a world of imponderables." Robert C Ruark

I have become convinced, based on my readings, that the shorts worn by Selous in this photo, were airbrushed in ... 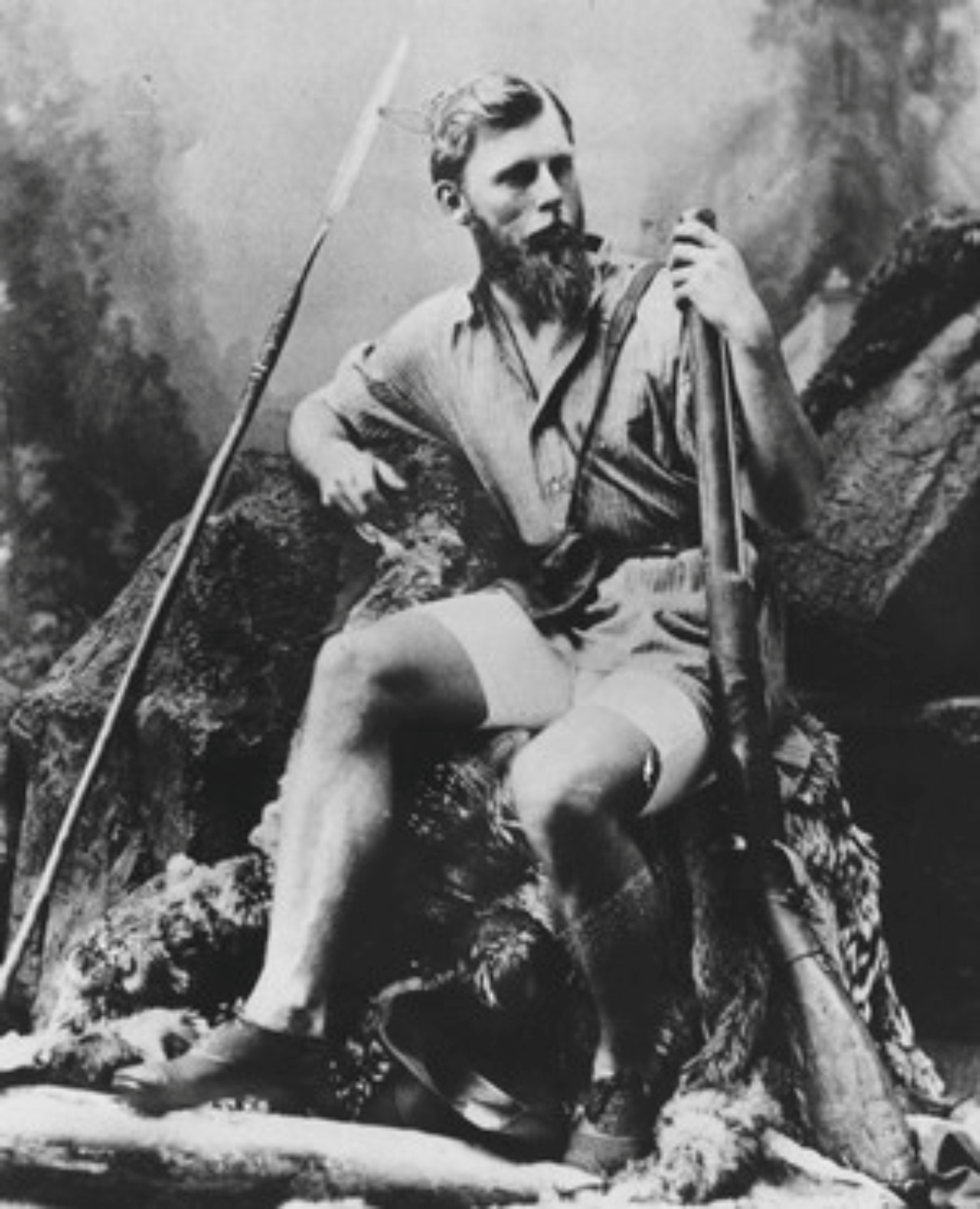 The Geographical Distribution of Roosevelt Sable in East Africa