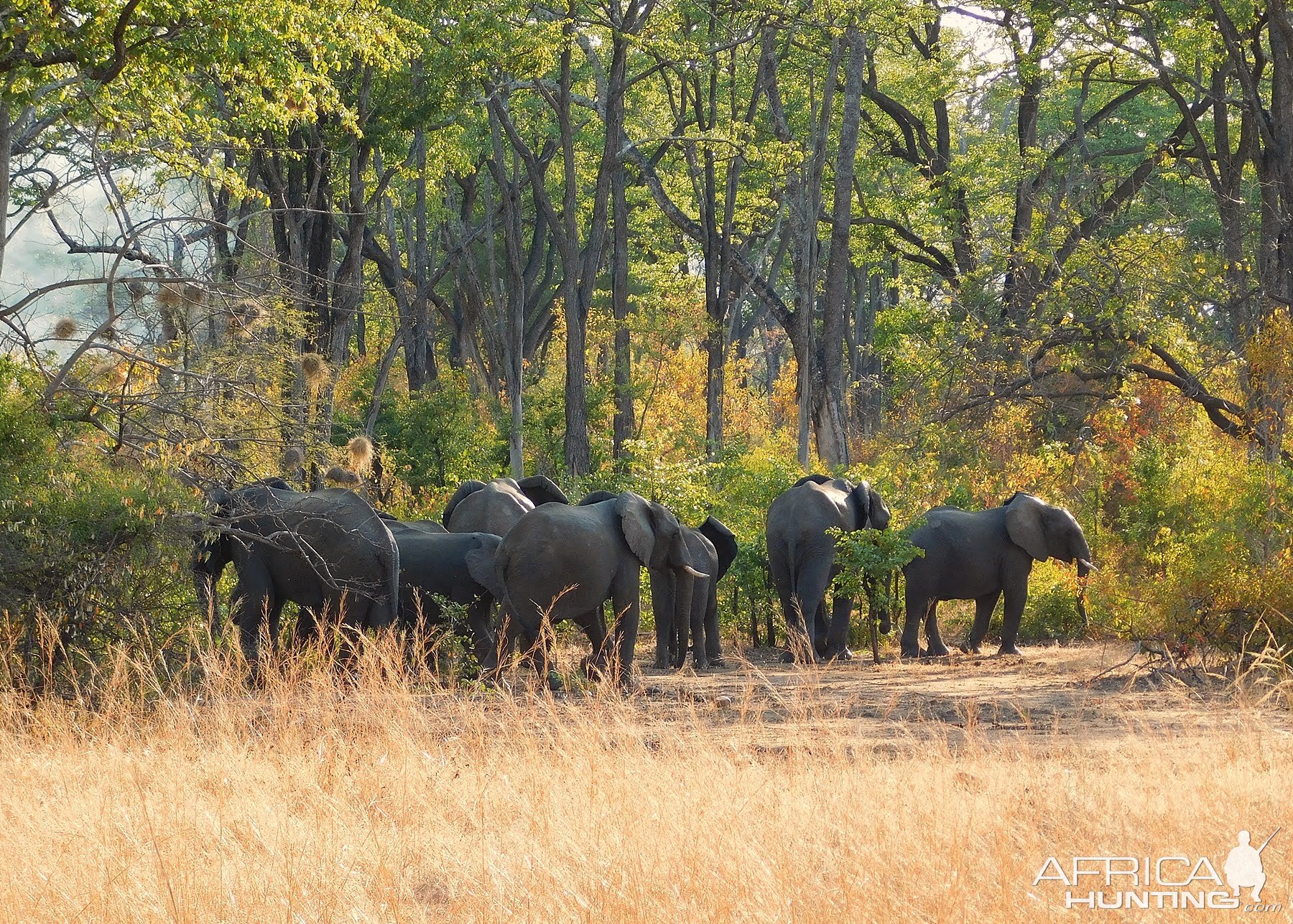 Eugene Lapointe, who served as CITES secretary general from 1982 to 1990, has advice for Botswana and her neighbours in the ongoing fight over how to extract value from elephants. Stand up to the bullies in the West. He spoke to Mmegi Staff Writer MBOGENI MGUNI

“If Africa is serious about balancing both conservation and development, it has to have the courage to do the right thing.

“So, it must cease being bossed around by Western-fuelled lobbies that are blind to reason. “That requires Africa to stand up for itself on the world stage by speaking truth to Western powers.

“Of course, in reality every African country will do its own thing. The good news, though, is that the Southern African states are resisting the existing indignities that are doing so much harm to the cause of conservation and economic development.

Eugene Lapointe is now the president of IWMC World Conservation Trust, a non-profit involved in sustainable use of wildlife resources around the globe. In a previous life, between 1982 and 1990, Lapointe was secretary general of the Convention on International Trade in Endangered Species (CITES). CITES is the international body binding 183 states to agreements on the trade and protection of endangered plants and animals.

While a citizen in Seronga may live each day of his life next to elephants and other wildlife, it is CITES, whose headquarters are in Geneva, Switzerland, which has the final say on trade in any part of that elephant. Since completely banning legal commercial ivory trade in 1989, CITES has only allowed Botswana two sales of its stockpiles, the last being in 2008.

Since then, tusks from elephants that die from natural death or that are killed by wildlife officers in problem animal operations have been piling up in Botswana, which, with about 130,000 elephants boasts the world’s highest number of the pachyderms.

Botswana, Namibia, Zambia and South Africa say selling these ivory stockpiles could help pay for wildlife conservation and return value to the communities living with the daily menace of high elephant numbers.

The world, for the most part, says no.

By press time yesterday, CITES Conference of Parties 2018 debate on the matter was ongoing, with Botswana and her neighbours again making a bid to open trade. Zambia is additionally seeking the downgrading of her elephants from Appendix I to II, which would open the door for future trade in ivory.

By most estimates, it is highly unlikely Botswana and her neighbours will win that war.

Lapointe, in response to written enquiries from Mmegi, feels that the region needs to be bolder in its fight for its voice to be heard at CITES.

Mmegi: What exactly are the proposals from Botswana, Zambia and SA regarding elephants?

Lapointe: They want different things but similar outcomes. Zambia’s elephants are currently listed in CITES Appendix I, which bans all commercial trade in a species. While the elephants in Botswana, Namibia and Zimbabwe are listed in Appendix II, which should allow trade to continue; though in reality - for their elephants - it actually restricts trade to such an extent that it there’s no practical difference between their listing in Appendix II and Zambia’s in Appendix I.

Mmegi: Why is there opposition to these proposals?

Lapointe: Opponents to trade in ivory and other elephant products base their position on an emotional and moral argument that is rooted in aesthetics. It is a position that enriches the coffers of many a Western-based NGO, which receive donations from wealthy people who have no idea what is like to live alongside dangerous wild animals in the modern world. Sadly, it seems, no amount of evidence about Botswana and other Southern African countries being overpopulated with elephants is capable of denting their myopic ardour.

But there is also opposition from Northern and West African countries, such as Kenya, Nigeria and Syria, many of which have endangered


elephant populations or no elephants at all. The problem is that they have bought into the NGO animal rights argument that there is a one-size fits all solution to conservation. That is why they are supporting a proposal at CoP18 to transfer all elephants in Appendix II to Appendix I.

However, the proposal to list all elephants in Appendix I is merely a smokescreen engineered by NGOs in the West; the fact is that de factor, the existing annotations to Appendix II make it indistinguishable from Appendix I.

Mmegi: Which countries/bodies are backing the three states proposals, as far as you know?

Well, I have given some details already. But we also need to factor in that governments in the West are mostly driven by what they think their voters want to hear. Their eagerness to be seen to appease so-called public opinion at home influences their foreign policy and aid budgets. This in turn keeps the Northern and Western African countries hooked on aid from the West in return for political cooperation, which translate into votes backing prohibition at CITES; including backing smokescreen proposals designed to obscure the real issues.

But in Southern Africa the scale of the problem of managing elephants is so vast that this approach does not work. There is also, I add, a greater sense of self-worth, a more independent spirit and greater contempt for colonialism in Southern Africa.

Mmegi: In your opinion, is there merit in these proposals?

Lapointe: There is no merit in the proposal to list all elephants in Appendix I because the elephant species is not facing extinction. Their health varies from place to place and so must conservation strategies. The call to remove the restrictive annotations on trade in Appendix II is absolutely justified. If I have a criticism of the Southern African proposals it is merely that they should more strongly seek the resumption of the global trade in ivory in order to secure a sustainable basis for long-term elephant conservation.

Mmegi: Reports indicate the three countries have threatened to dump CITES if their proposals aren’t heeded. How feasible it advisable is this?

Lapointe: As a former secretary-general of CITES I don’t want to see it destroyed, but I do want it to be reformed. If that proves to be impossible, then it will be up to Parties (member states) of CITES to decide what to do. So, you’d best ask the countries concerned this question. However, we should note that supranational institutions are under considerable threat in the age of Trump and Brexit. So, I would urge CITES to compromise and to ditch its hardline approach, if it wants to hold itself together long term.

Mmegi: Having served in CITES, what is your take on the argument that it is unfair for non-elephant states to sit in judgement over elephant states when it comes to value extraction from elephants?

Lapointe: Well, that argument is fair up to a point. But many a non-elephant state is a consumer of elephant products, so they too have skin in the game. The problem comes when the likes of the EU seeks to impose its will on Africa, merely because it selfishly wants to appease public sentiment at home by earning credit in the media and amongst its NGOs.

Mmegi: If CITES has shortcomings, how would you propose they are remedied?

Lapointe: CITES needs to stop being driven by myopic emotions and aesthetics, rooted in an animal rights mentality. Instead it should return to taking proper account - as it did when I led the organisation - of science, economics and the actual conditions on the ground in different countries. CITES must also face up to the fact that prohibition of the ivory trade has fuelled poaching, boosted the black market and taken away the incentives locally to preserve elephant populations.

Another highly frustrating situation!
Africa on my mind.

He is spot on with what's happening. I will continue to hunt and support the countries that are managing their resources properly. And, I've come to the conclusion that bringing home the trophy or not based upon my own country's laws will not be my determining factor as to hunt a species or not.

A war with no one winning.
Tommorow is promised to no one. Go live your dreams.
You must log in or register to reply here.

Will CITES Fail Africa For The 44th Year?

A Reflection Of CITES COP17 By Local Hunters