24" barrel, set trigger, factory mounts, hooded front sight. I don't know if these rifles came with rings so I assume they are Leupold. Factory pad and sling mounts.

The bore is a mirror as I would expect with a caliber that you don't shoot much for practice..
Blue is 99% with a small scratch on the barrel about 5 inches back from the front hooded sight (safe oops?) and some scratches on the bottom metal in front of the magazine. I have no idea how they got there but they are so fine I would guess it was from carrying it while wearing a ring. Again just a guess but it would appear that this rifle went on a hunt but was well taken care of and put back in the safe.

The nicely figured wood is near perfect with a small ding in the edge of the Rosewood grip cap and two very small spots on the right side of the wrist checkering. It looks as though the checkering was rubbed against something and the sharp points were dulled. The remainder of the panels on both the wrist and forearm are as sharp as the day they were checkered. I have close up pictures to show what I am talking about.

The scope is a high gloss Leupold 1 X4 Vari X ll Duplex that has a few marks on the tube but internally is perfect. Again just a guess but it would appear that this rifle went on a hunt but was well taken care of then put back in the safe.

I will send the Imgur link to any interested parties for all the pictures and can provide my information along with my phone number.

$2450.00
Price is plus actual USPS Priority shipping/Ins. to your FFL who must be willing to accept from a non licensee. You of course have the 3 day non firing inspection period. 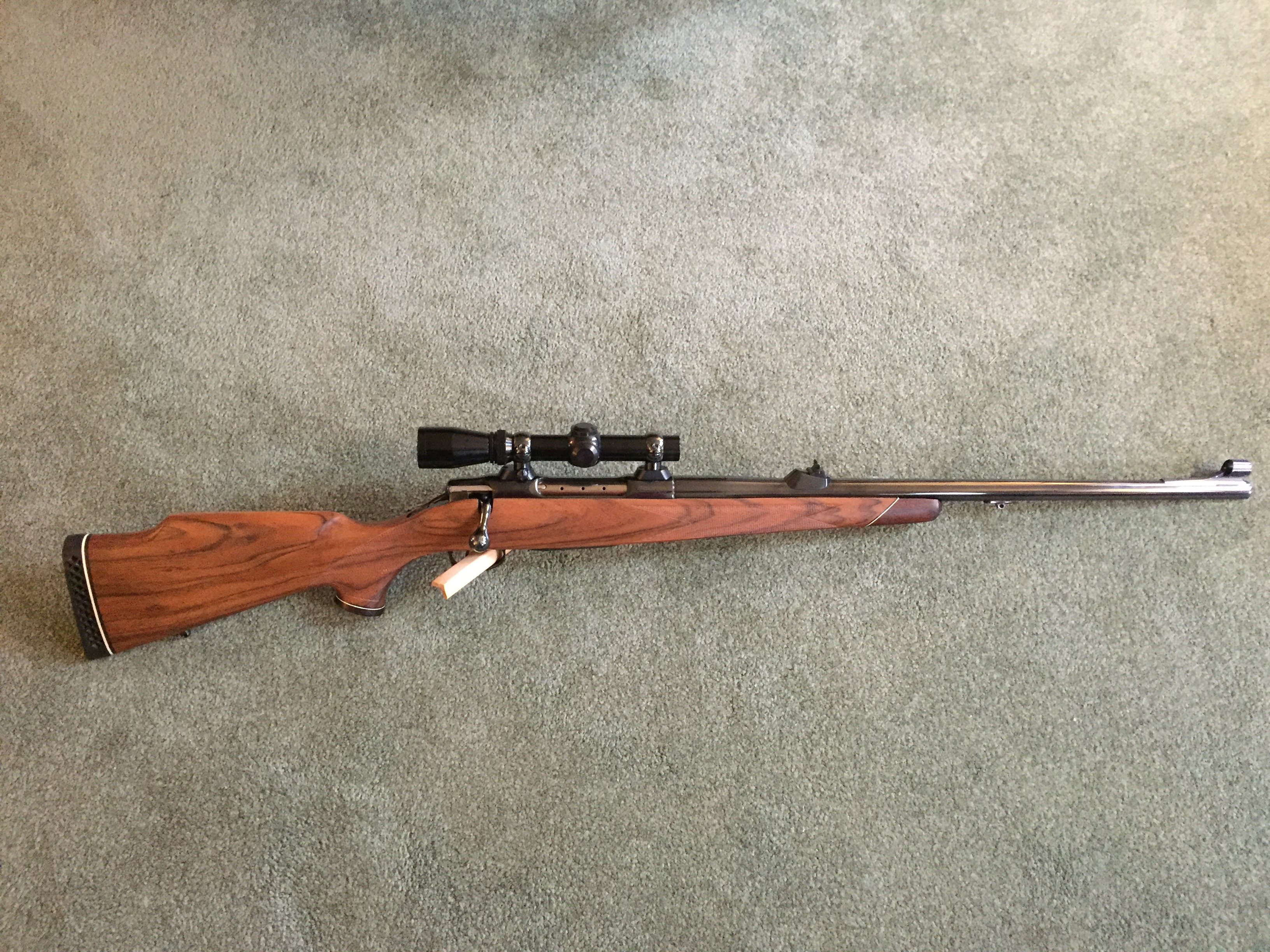 You are correct in your assumption
.458 Win Mag
I can send the Imgur link for close up pictures
T

Jeffro, I will PM you
T

I should really stop visiting the classified section.

Does the action on this one slide like butter on a hot skillet like they say they do?
T

Member of
Lifetime member of NRA and Trout Unlimited

I just bought 375 and live in a faraway land... So, as usual, I will pass, yet again.
But it is beaufiful rifle indeed.
T

Two week bump
You must log in or register to reply here.