This is an early ‘50s Husqvarna “Super Grade” in 270. It has been refinished by a careful amateur (me) using the components recommended by experienced gunmakers on this board, including Permalin. The finish is very smooth and is a semi gloss. The photos represent the color fairly well. The original finish had gradually thinned to the point where there was almost none over much of the stock. The color had faded to a sort of orange. I used a small amount of Laurel Mountain “Antique” walnut stain and it is now a very nice reddish brown. It is European walnut. In the process, I reshaped a few areas, such as the cheekpiece and grip. The factory grip on these rifles was very closed and cramped. I opened it up significantly but there is still lots of girth there. There are no cracks in the stock to be found, including the areas that are not visible. About the only negative thing I can say about the result is that the pad is not well fit now, but it is a little proud of the wood and could be shaped easily. It is perfectly functional however. Length of pull is about 13 5/8.

The metal is all original except for the Dayton Traister trigger, which has a crisp release at no more than 3 pounds. There are some light surface scratches on area on the underside of the barrel a few inches ahead of the forend. I have highlighted those in one of the pictures.

This gun has been to Africa and taken a variety of plains game, including Kudu, Oryx, Wildebeest, and more. It is very accurate with 130 gr. Nosler Accubond factory ammunition. It is slightly less accurate with Barnes 130 gr. TTSX Vortex factory ammunition, but still shoots an inch at 100 yards (or better) with that. It was the Barnes load that went to Africa. The action remains bedded as it originally came from the factory. Given its accuracy, I saw no reason to alter that. The gun has no issues and functions perfectly. It’s a great rifle. I’m selling because I don’t hunt much anymore, and having become a No. 1 single shot looney, what hunting I may do will be with one of those.

$695 shipped in the continental US. Email or PM with any questions. Thanks. 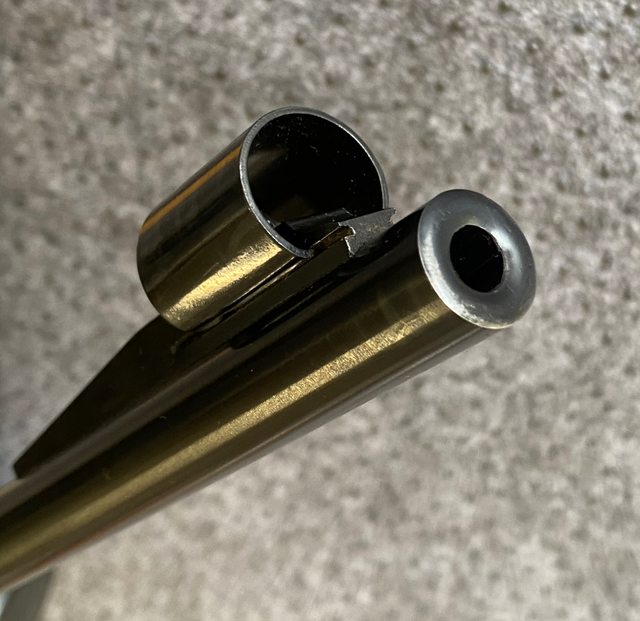 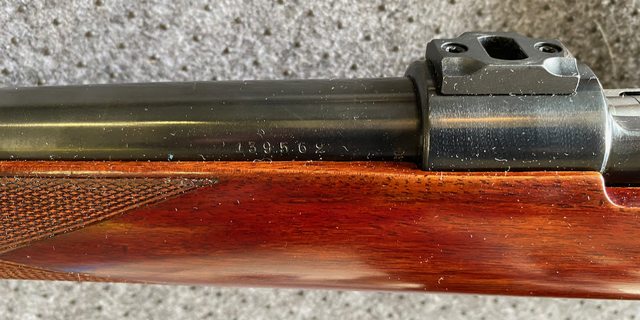 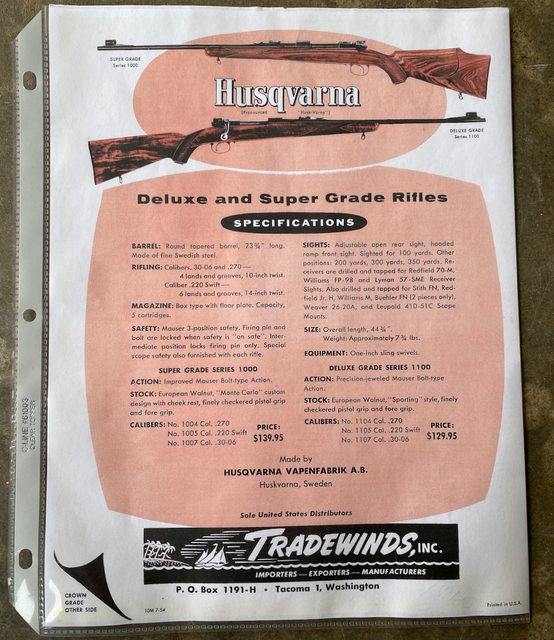 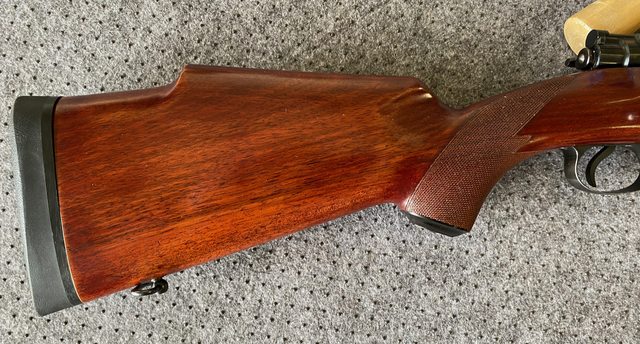 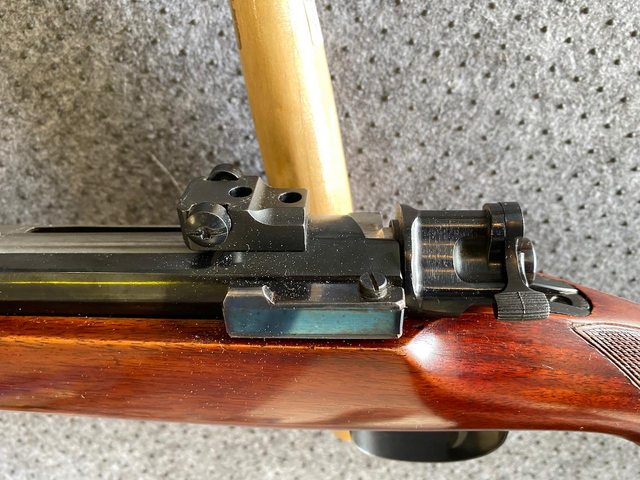 Looks like you did an excellent job on that stock. Beautiful rifle of higher quality than anything new in that price range. Good luck with the sale.

If I didn’t already have a mauser 270 in the safe I’d snatch this one up... your price is very fair

Well if I had not recently bought 2 550s I would buy it. Very nice.

Thank you gentlemen for your kind comments. I enjoyed learning about refinishing and experimenting with the amount of stain that would be needed to deal with the strange orange color that the stock had come to show. Prior to beginning the finish process with Permalin, I sealed the stock fully with a product intended for teak decks on boats. That was also recommended by experienced, well known gun makers. It should be very stable and well protected. It appears somehow that my pictures have been partially duplicated and I’m not able to edit out the duplicates from the post at this point. Sorry about that.

Nice job on the wood, the price seems right, somebody will be around and snap it up
Be Yourself Everyone Else Is Taken

I'm a fan of Husqui chainsaws and heard good things of their rifles. If I were right handed or this had a lefty cheek piece instead of right I'd be talking to you right now. Fine job you did.

They made good motorcycles too!
U

Very nice. These type of values ALWAYS pop up when I am cash poor!!!!

Someone will take it and put me out of my misery, though. Stand fast - it is a great value gun.

Very nice - I have a Husky in 243 Mannlicher from about the same time period I believe. It drives tacks with the lighter bullets and the stock fits great. (Mine is not nearly as nice as this though)
Fine looking rifle and nice job on the resto! Very cool that you have that flyer with it. I had a tough time finding any info about mine.
Good luck with the sale - I'm sure someone will snatch this beauty up!

Nice!!!! My father has a couple huskys . Great guns .
You must log in or register to reply here.