Allow me to begin by saying I’ve never sold a firearm online...but I felt I should offer these to the forum members prior to attempting to sell these through one of my local dealers. I owe this community more than that, but it’s a start. I’ve tried to position at more than a fair price, so I will ask any potential buyer to cover shipping. I will ship in an opening price point hard case, with appropriate packaging components. I will ship to your FFL. Willing to allow a day of inspection, for you to be certain you got what was represented. I’ll just hold funds for that period.

If I’m leaving something out (info), please jump on thread and ask or advise. Of course, anyone is welcome to PM me...I’m on the forum every night.

First: Rem 700 BDL Custom Deluxe, in 300 RUM. One of the nicer 700’s I’ve seen from factory. 26” barrel, enhanced receiver engraving. 13 1/4” LOP. Glossy finish stock....actually “prettier” than I prefer. Purchased in 2001. Mounted on this rifle is a Leupold VX6, 3x18x50, illuminated firedot....scope cost me twice what the rifle did. I bought scope in 2016. It is in excellent condition, has been hunted with occasionally....but has been sitting in a safe and very well taken care of. The only minor blemish on it is one small spot under the forearm which is shown below. Handling marks ? I’m sure a more trained eye could spot something, but I am struggling to find anything, certainly no scratches. But, I don’t represent as new...but very, very nice. Guessing at total rounds fired, would be less than 300....just haven’t used that much. The only “modification” made was the addition of a kick-eez recoil pad, installed by a respected gunsmith.

Why I’m selling? I love this gun, bought long ago for longer range hunting than I’m accustomed to in NC. Thinking ahead for a hunt out west or elsewhere. However, two months ago, I found a GREAT deal in a Merkel Helix 300 win mag. This gun is amazing and I don’t need both. Plus, I am financing my first safari in 2020 (will detail that in an additional post). I had planned to take this gun (300 rum) for plains game, but I’m head over heels with the Helix.

Secondly, a Marlin 1895 GS 45/70. Stainless steel and walnut. 18.5” barrel. Purchased in late 2017. Has been fired less than 10 times, took it to range just to ensure functionality. This gun is basically “like new”. I added a custom made hand guard, which makes the cycling more comfortable, shown below, but is removable. I also replaced front sight with a hi-vis pin, but was planning on scoping...as my eyes are not getting any better!

Why am I selling? I bought this gun specifically for the prospect of deer hunting in Ohio. Long story short, I decided to keep my lease in southern Illinois and not go forward with an Ohio opportunity. Besides, I have a Browning silver hunter slug gun that has killed many mid-west deer...so, I’ll use that if I decide to hunt with other guys in Ohio that I know.

I am asking $600...like new and will save anyone looking some cash.

I don’t post that much, so I’m hoping this comes through with photos correctly. 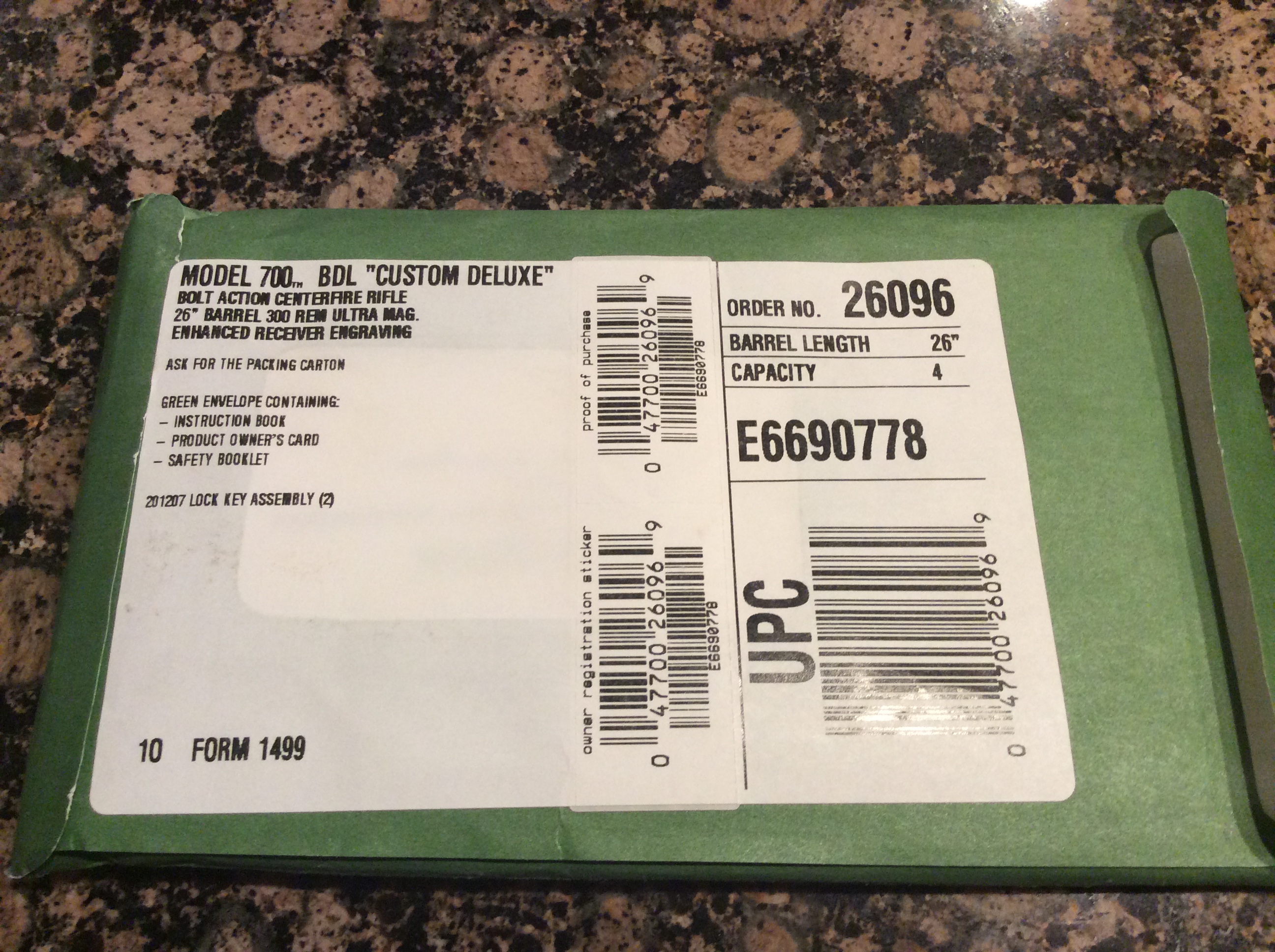 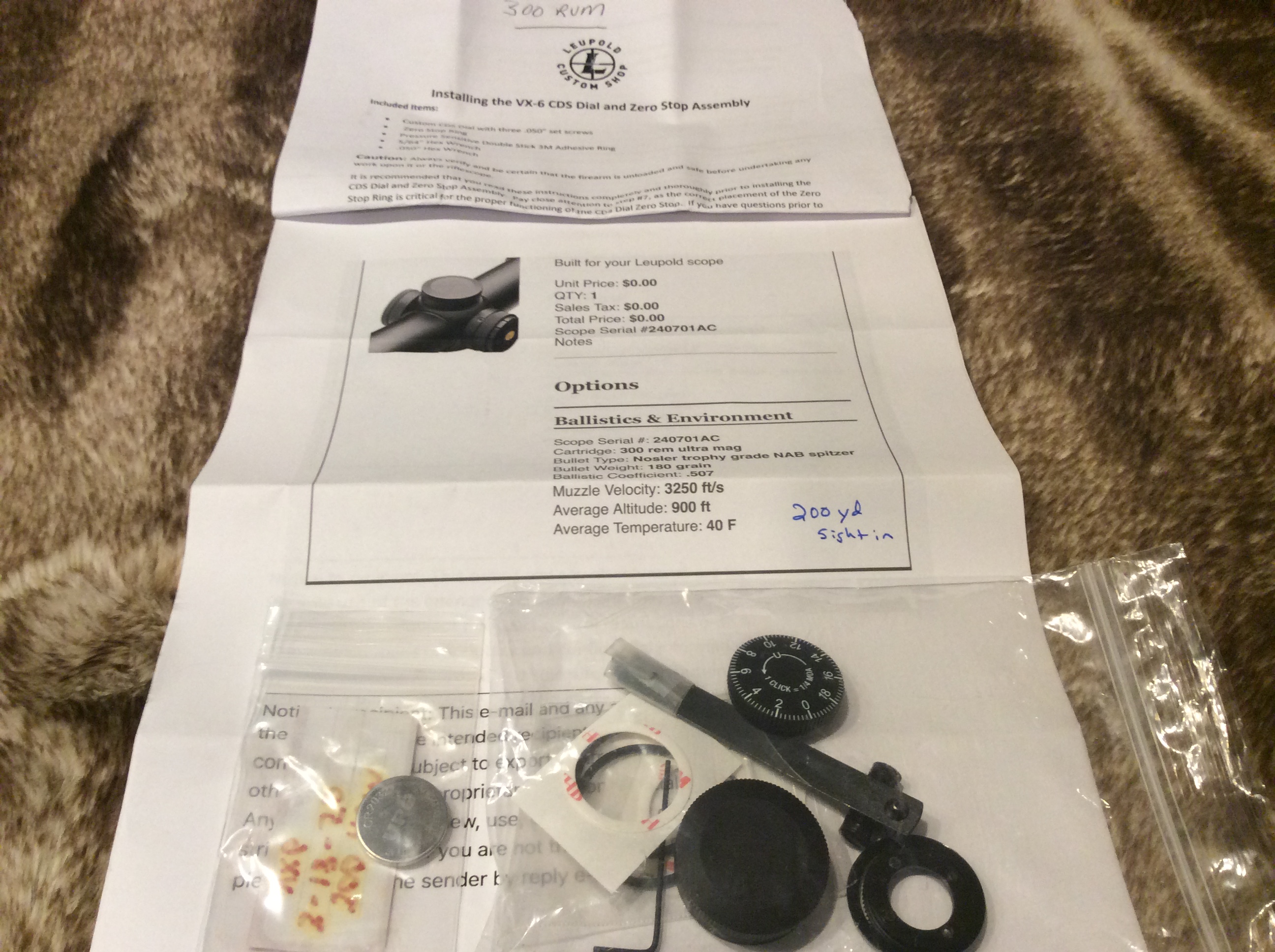 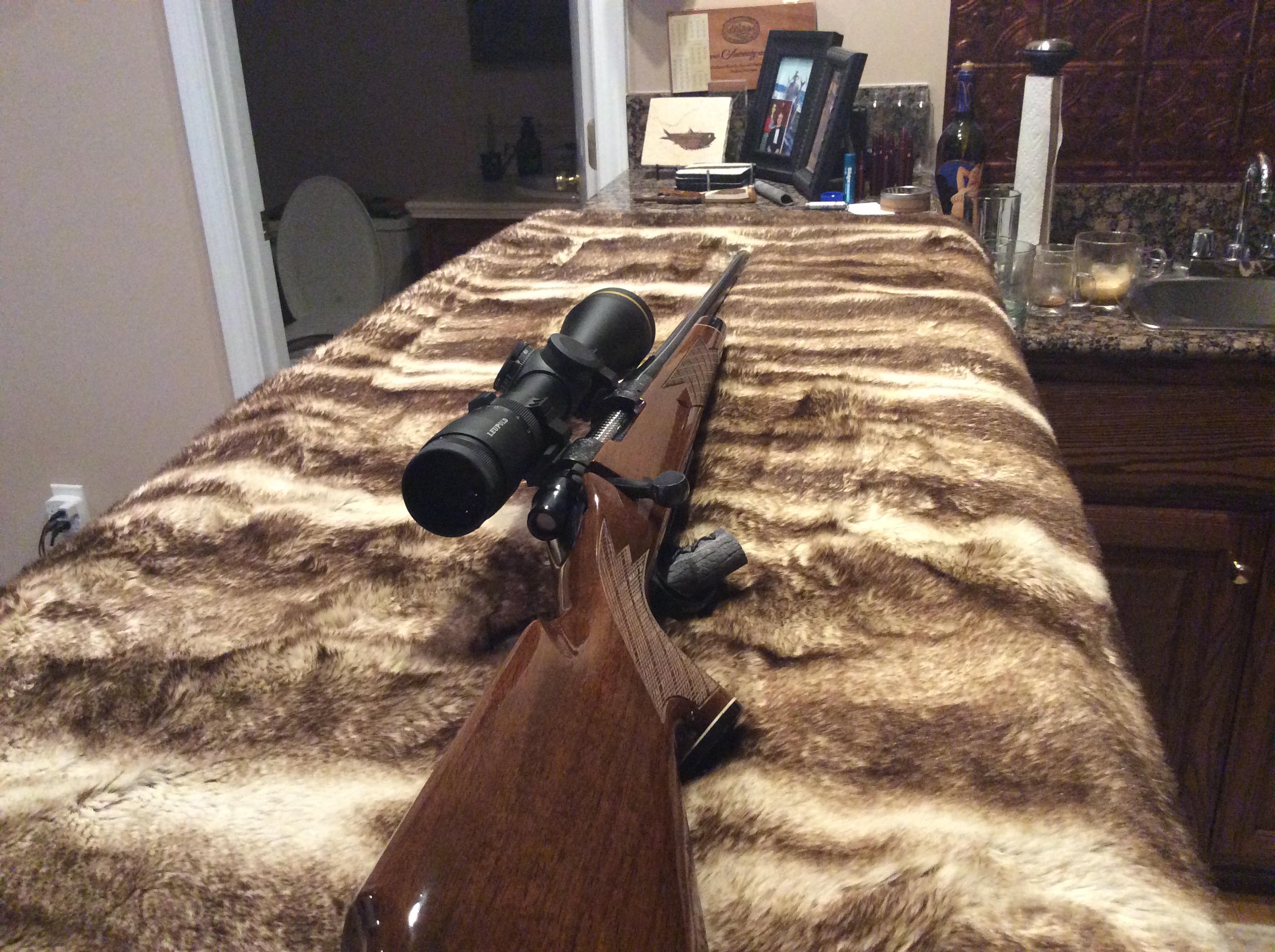 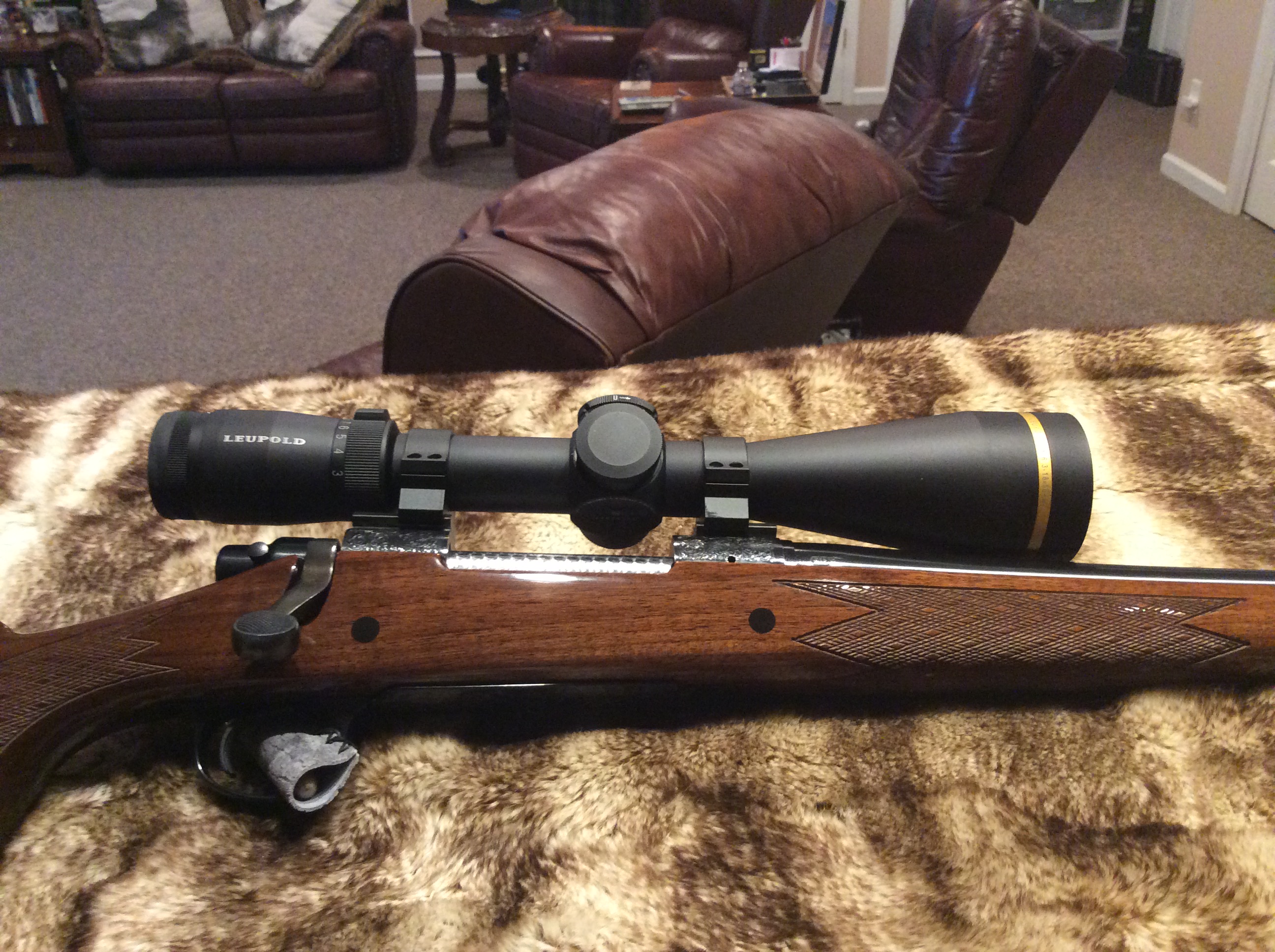 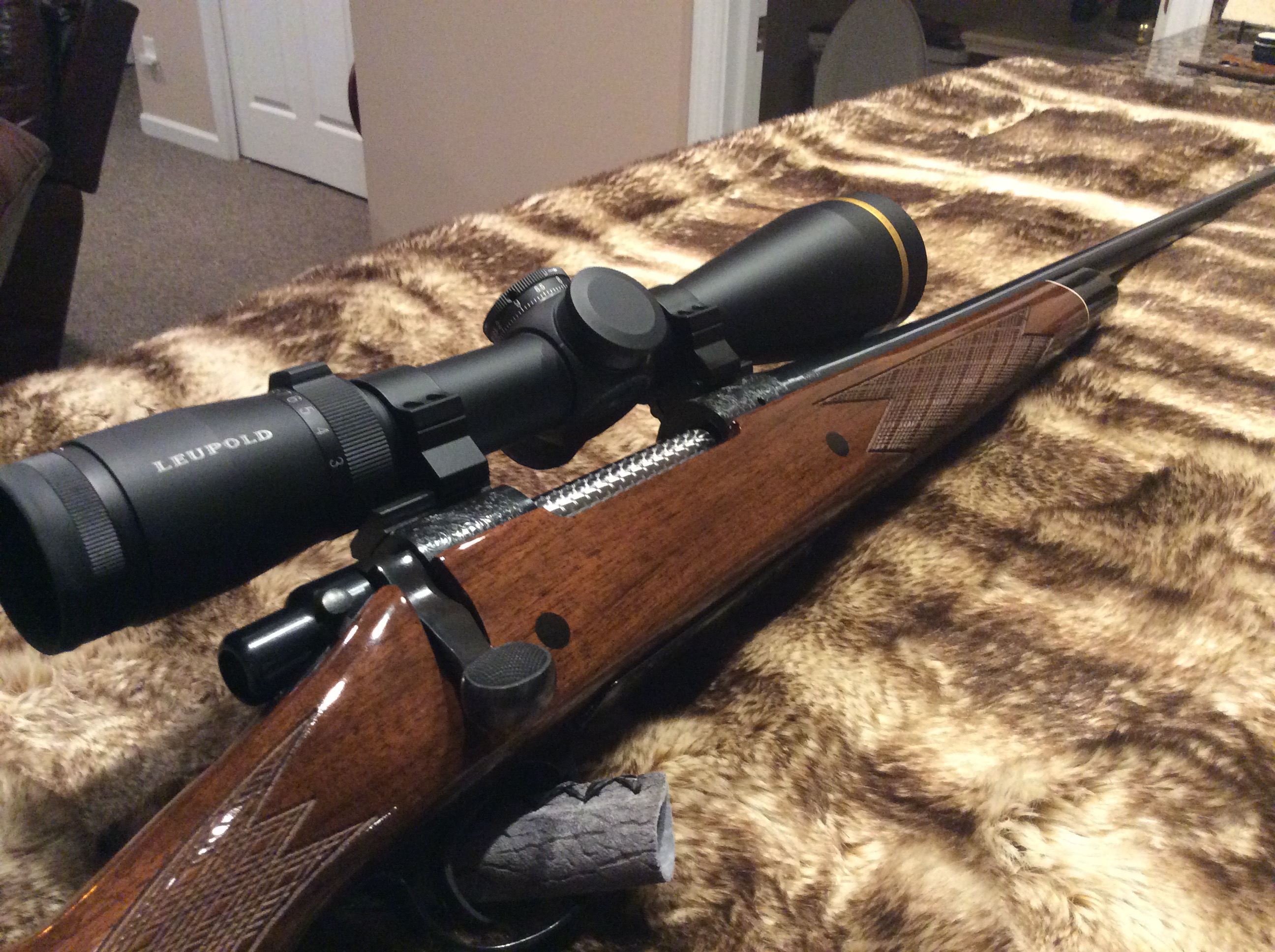 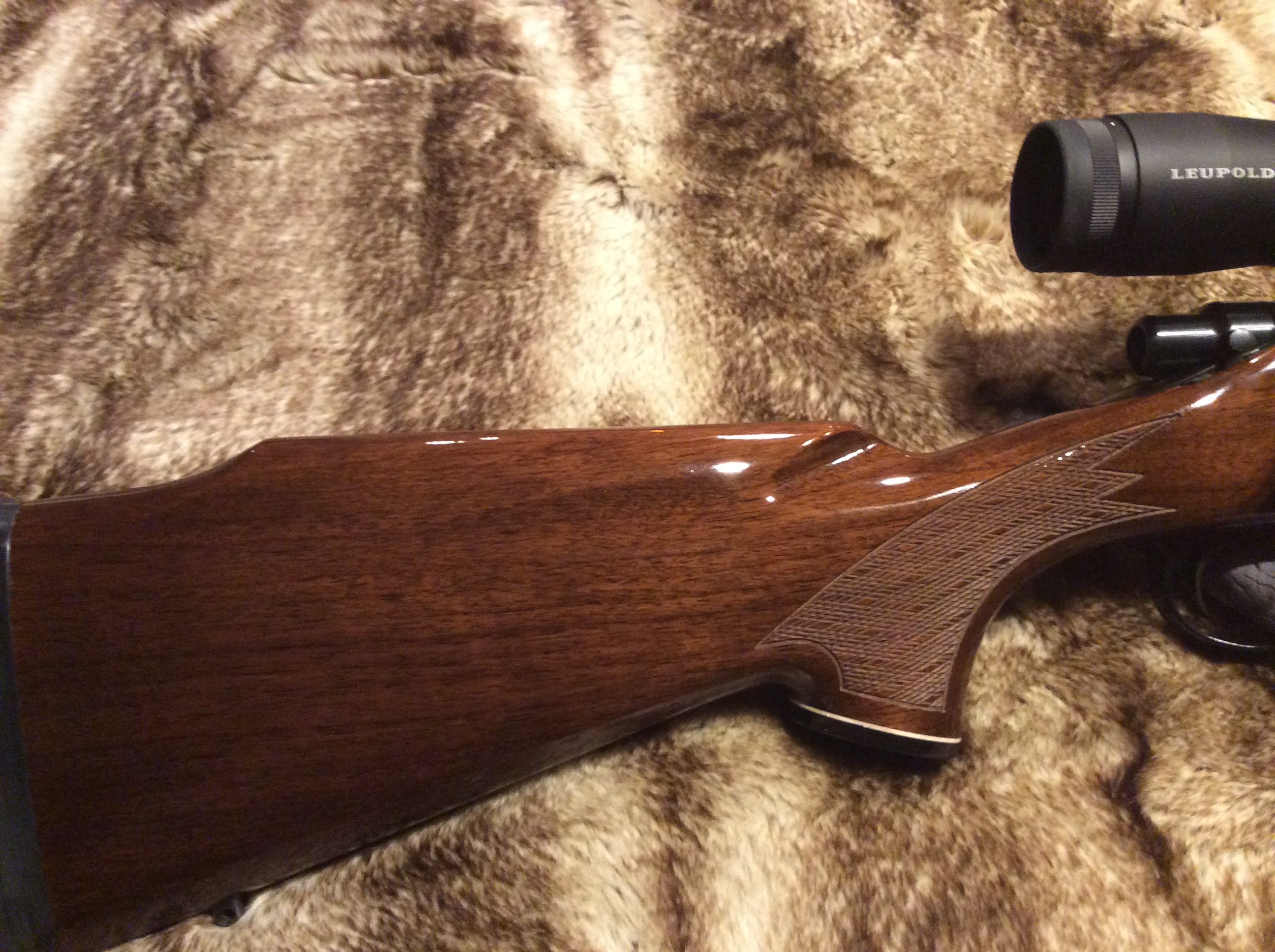 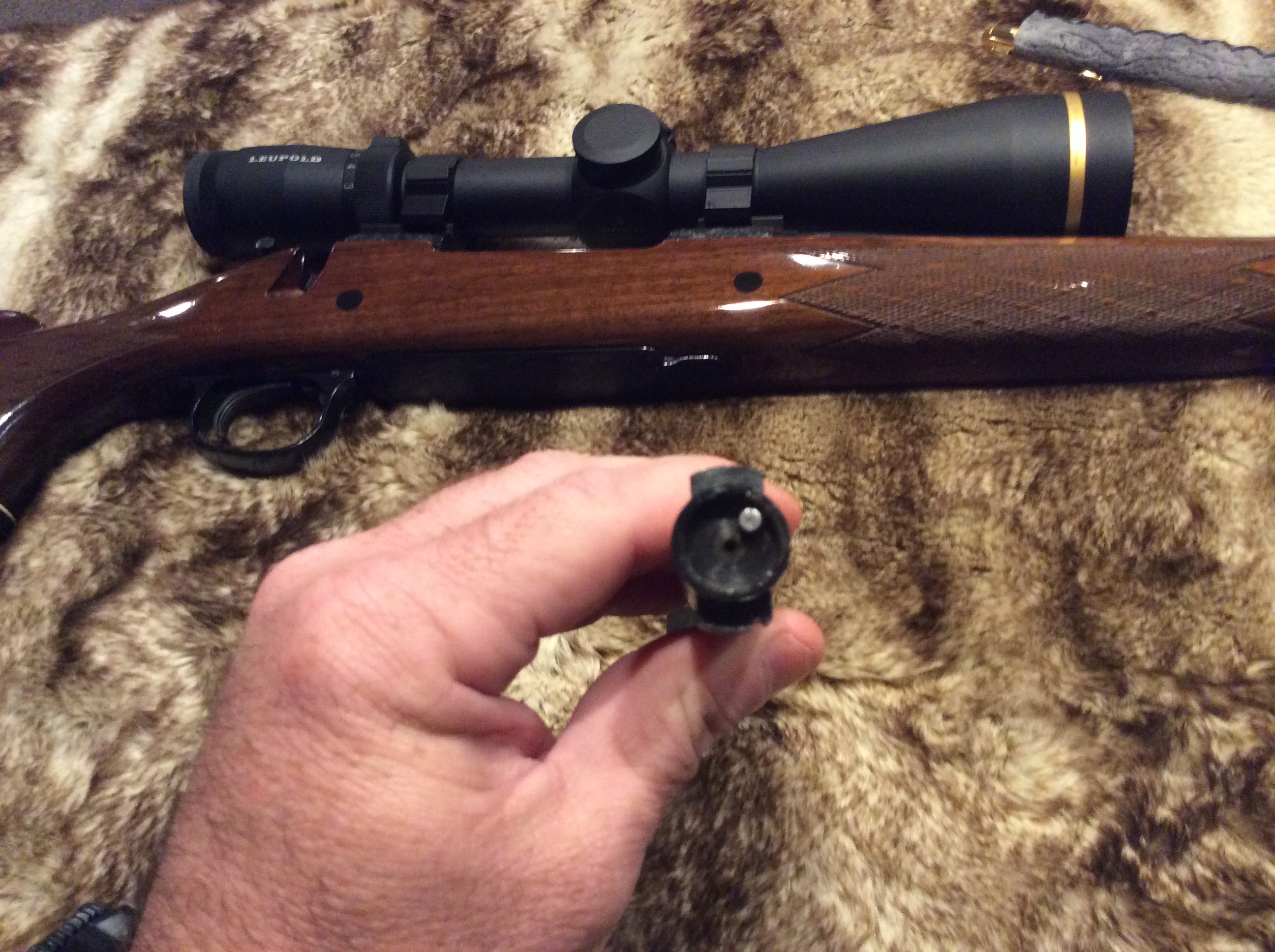 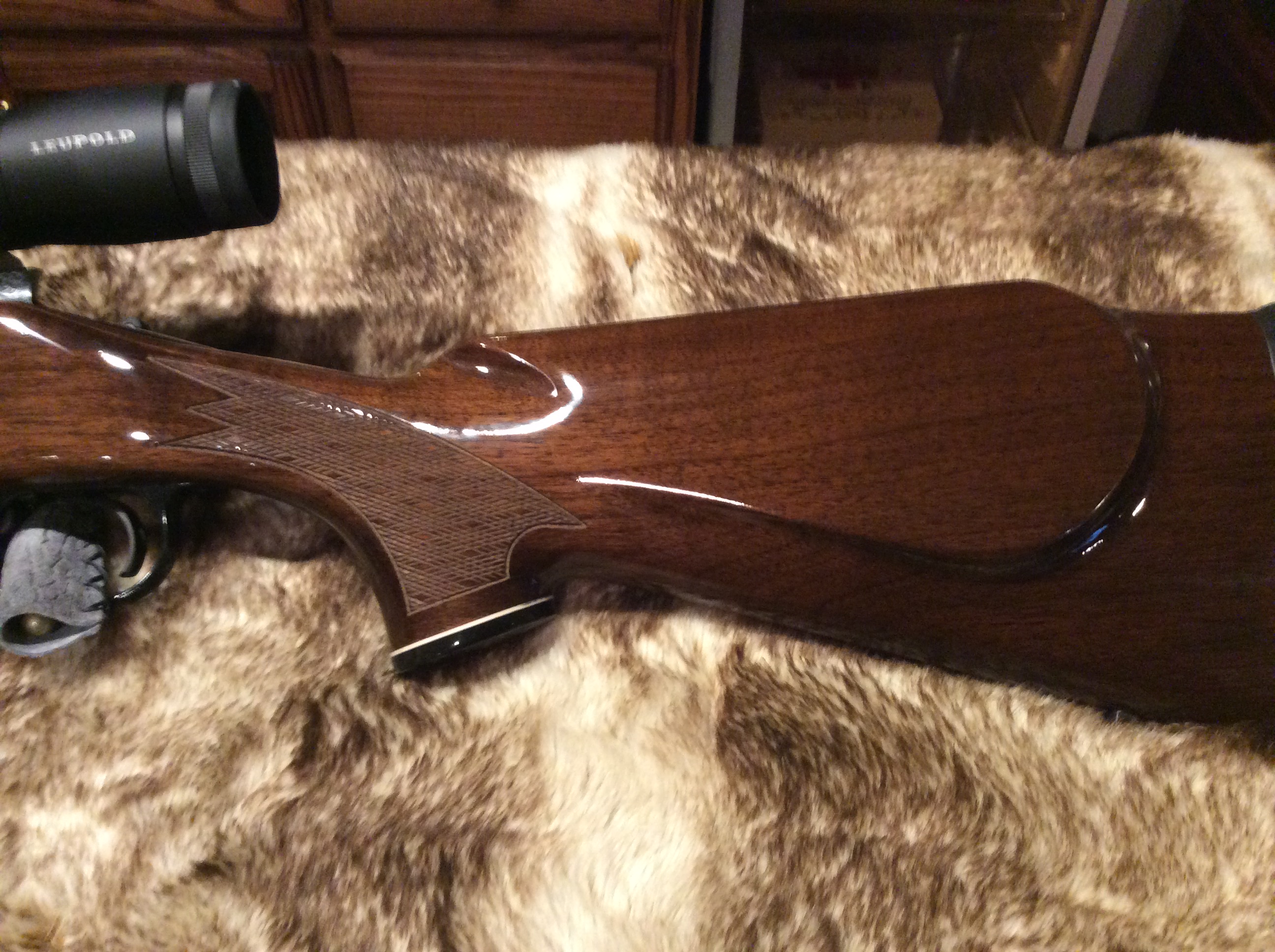 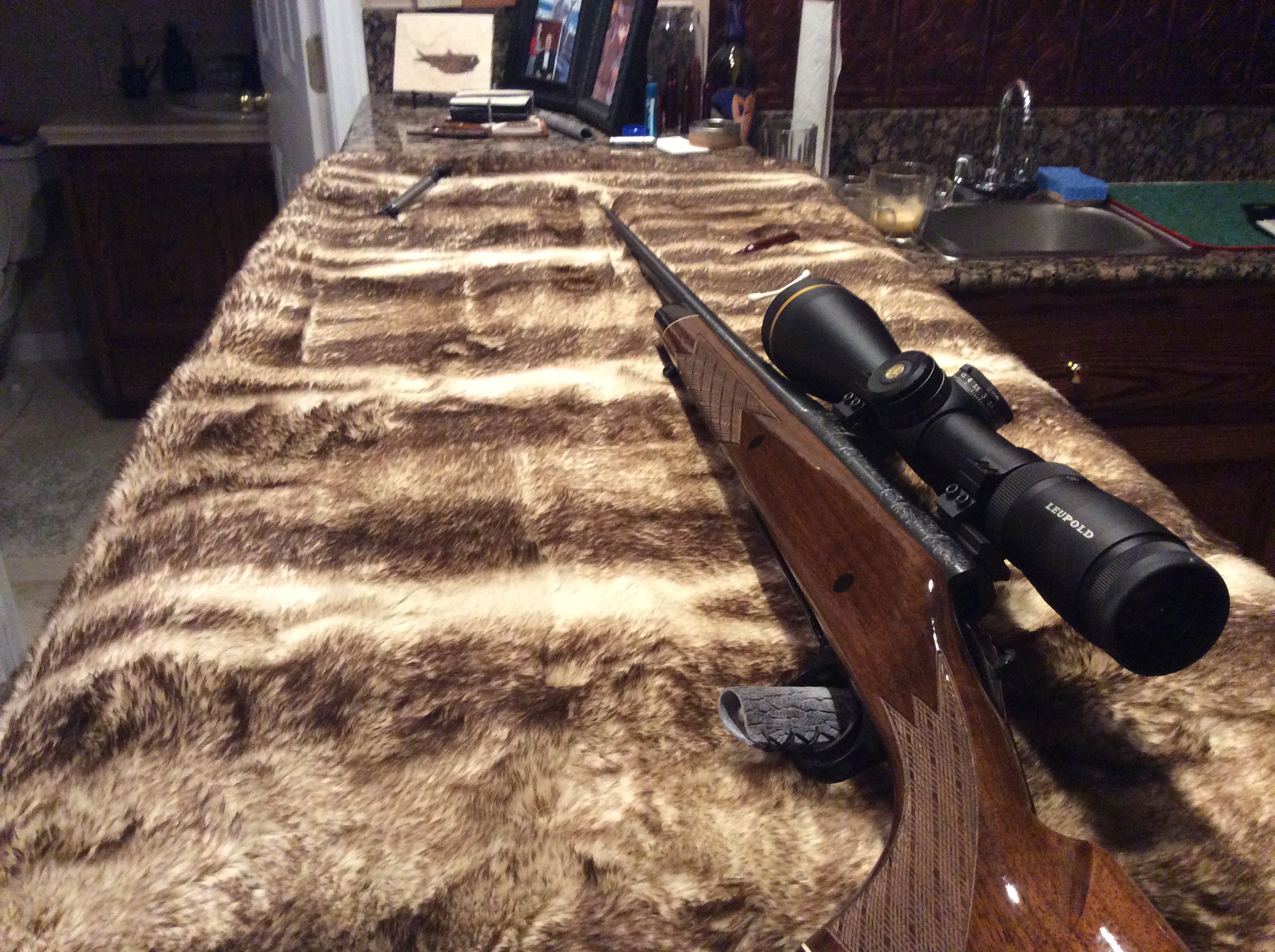 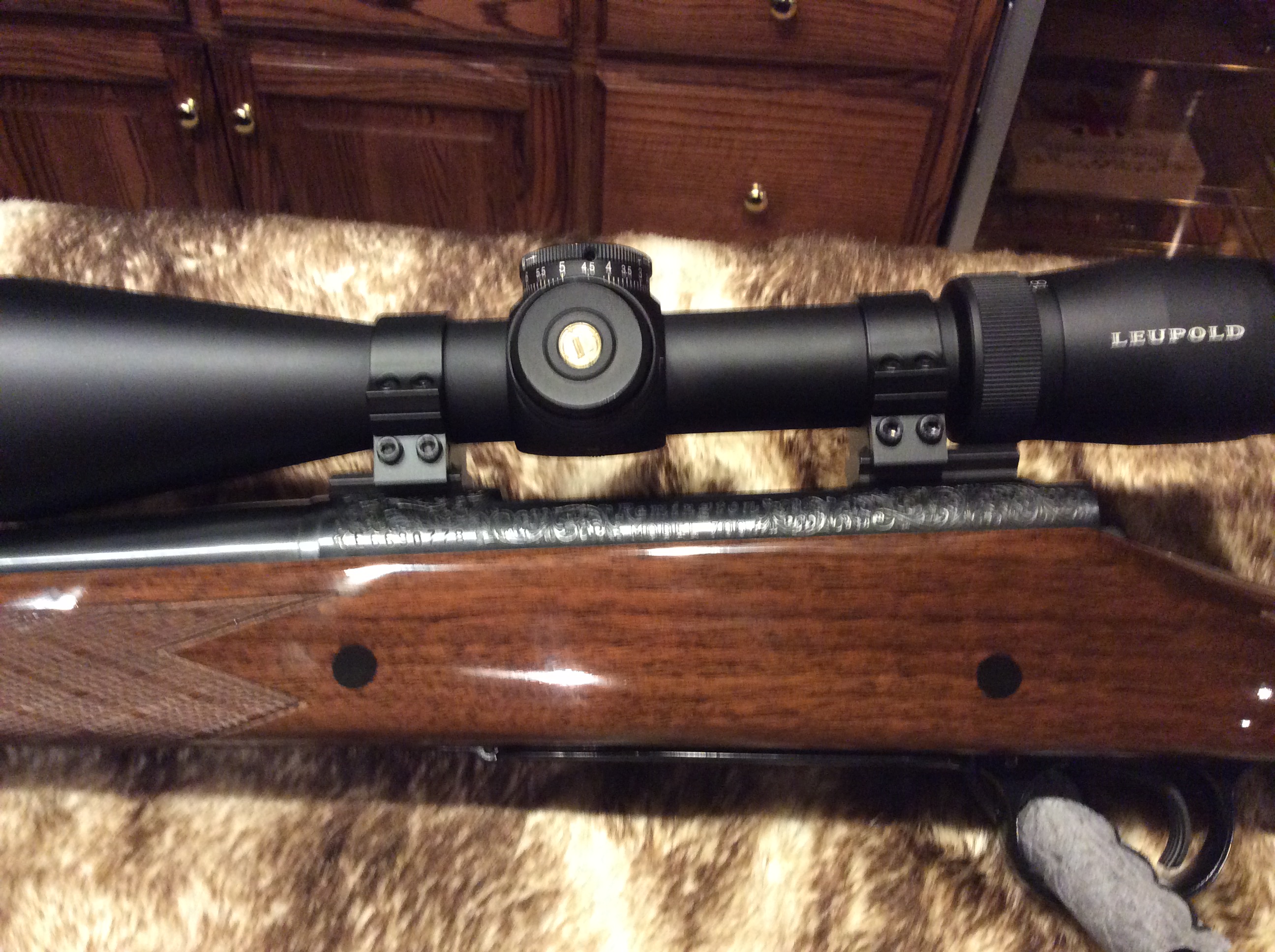 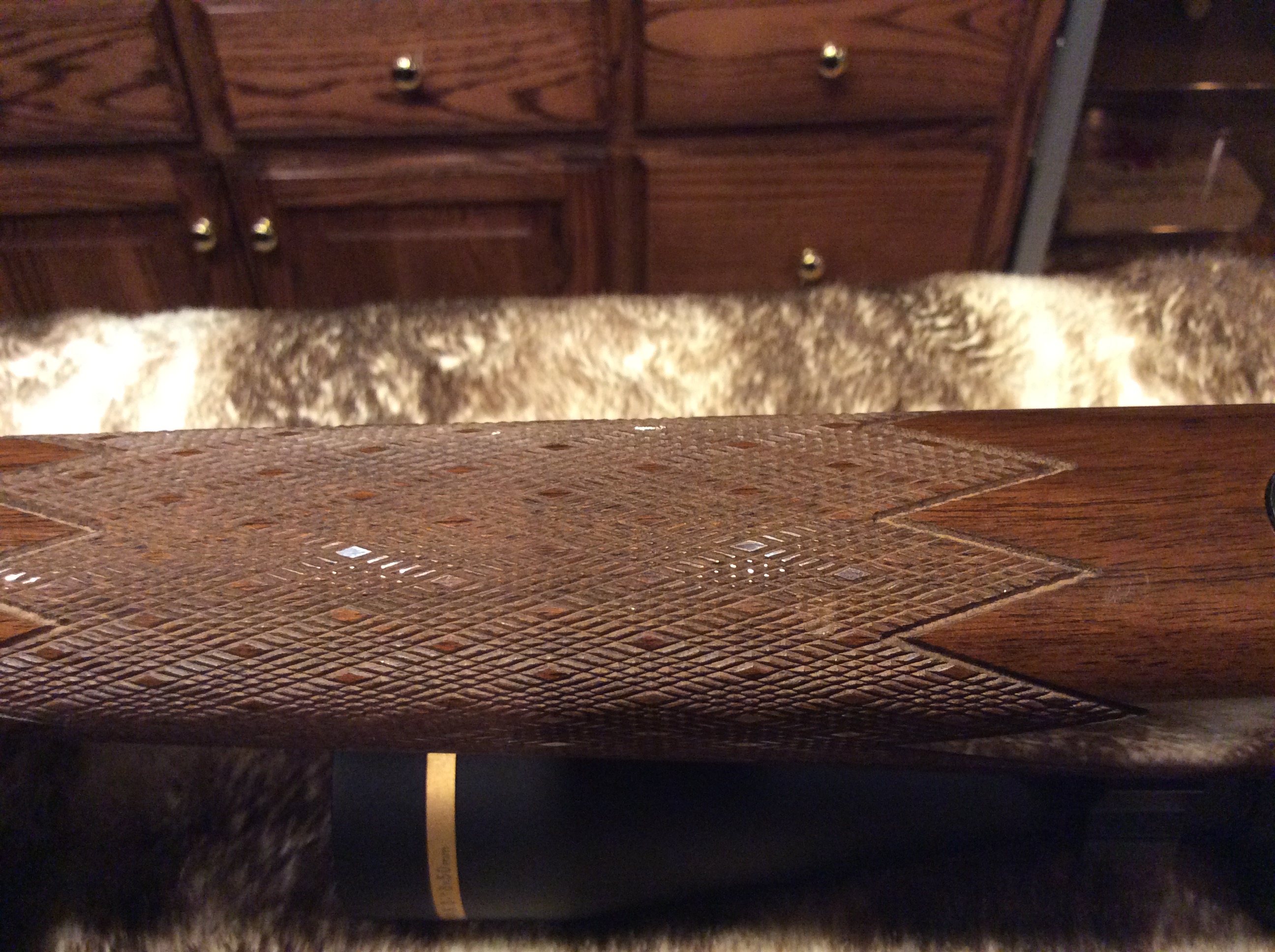 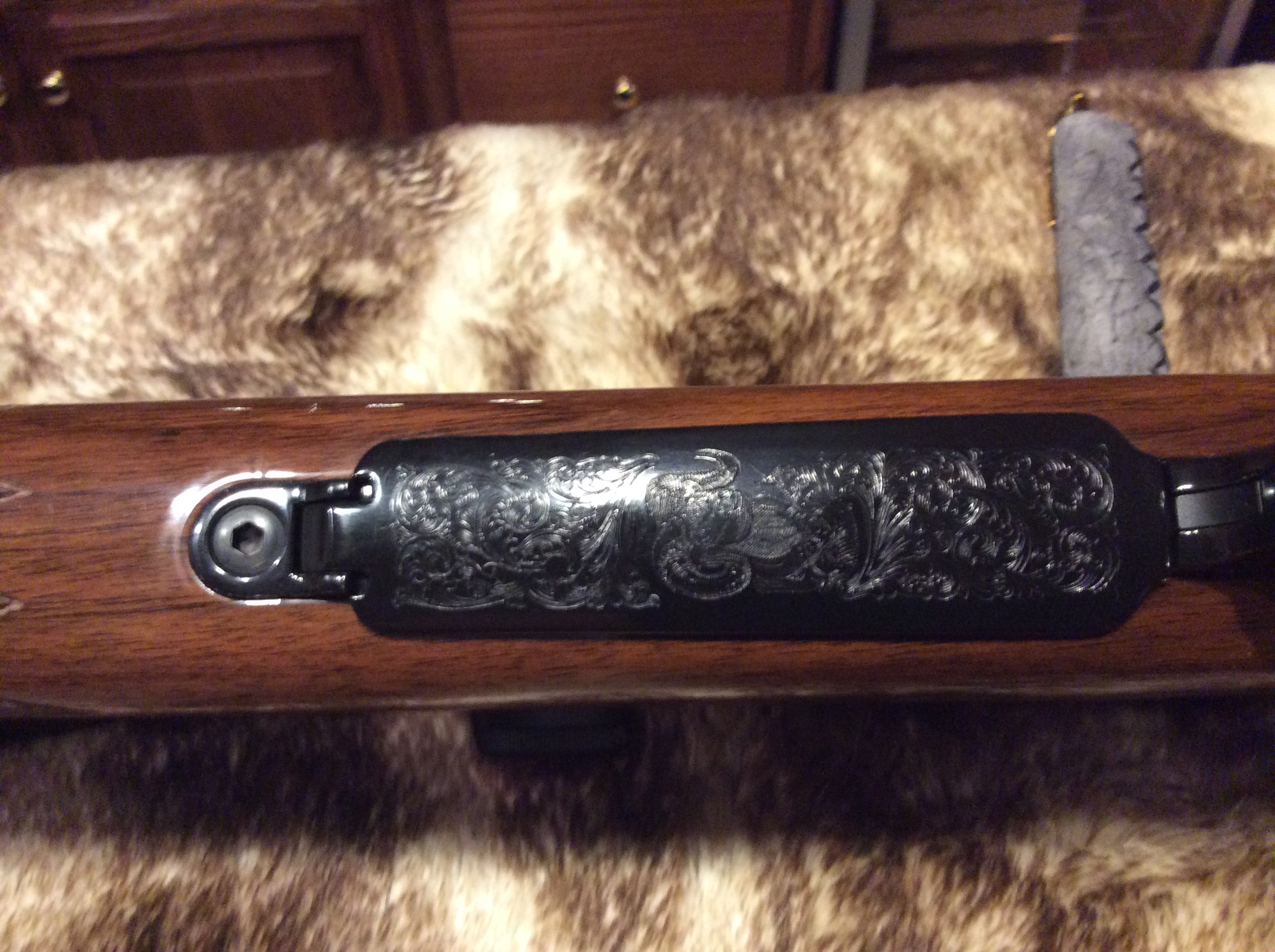 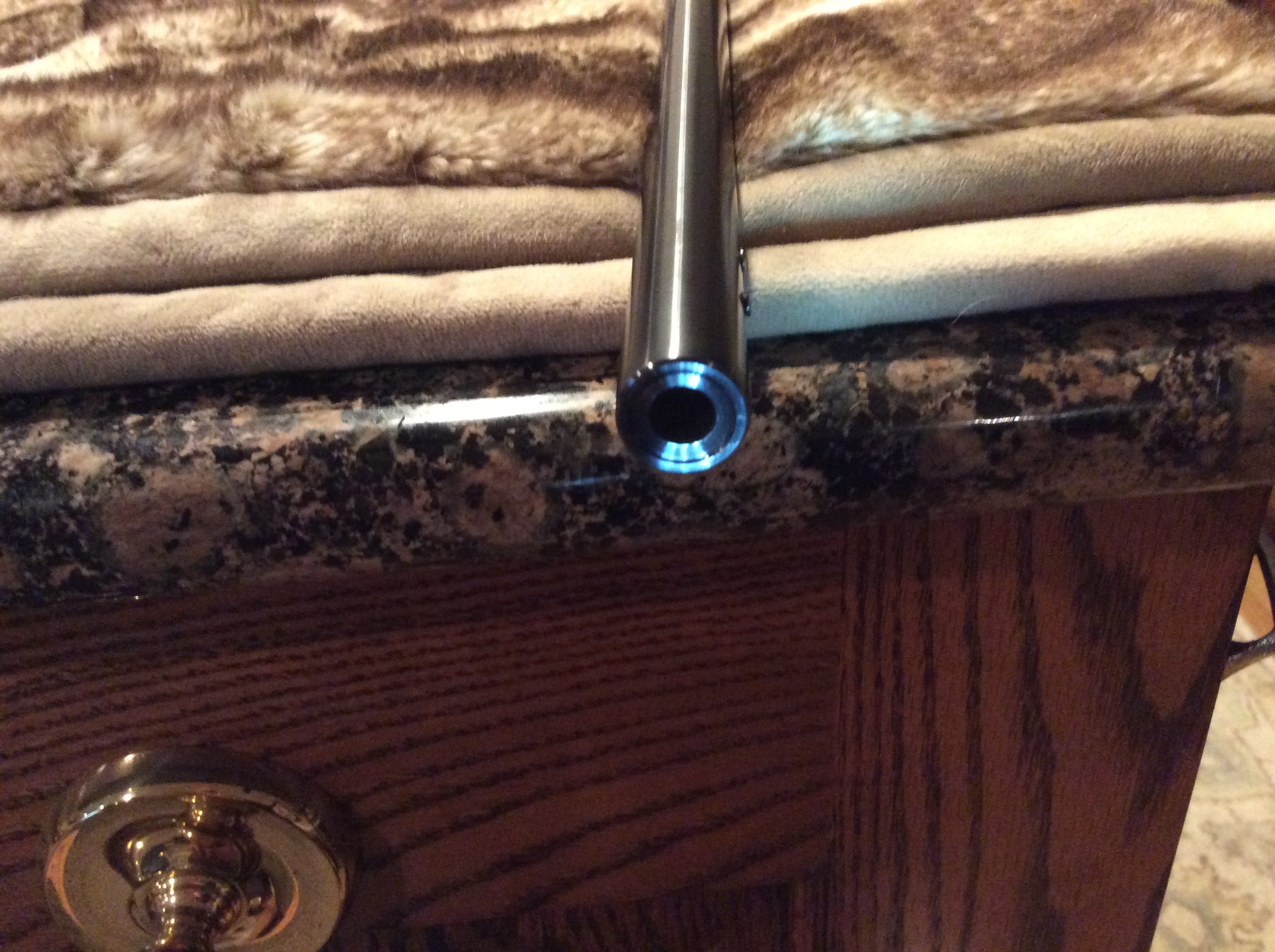 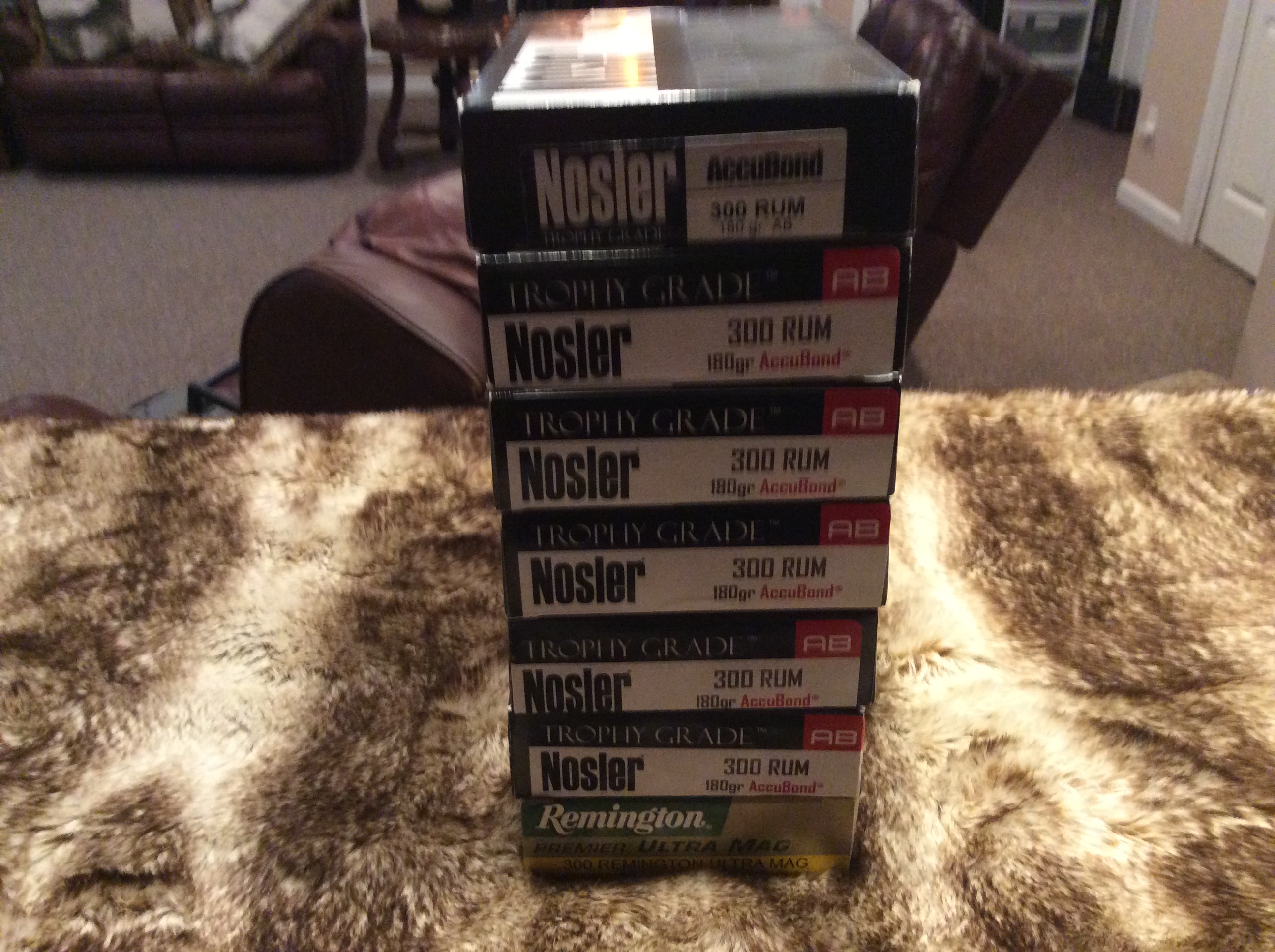 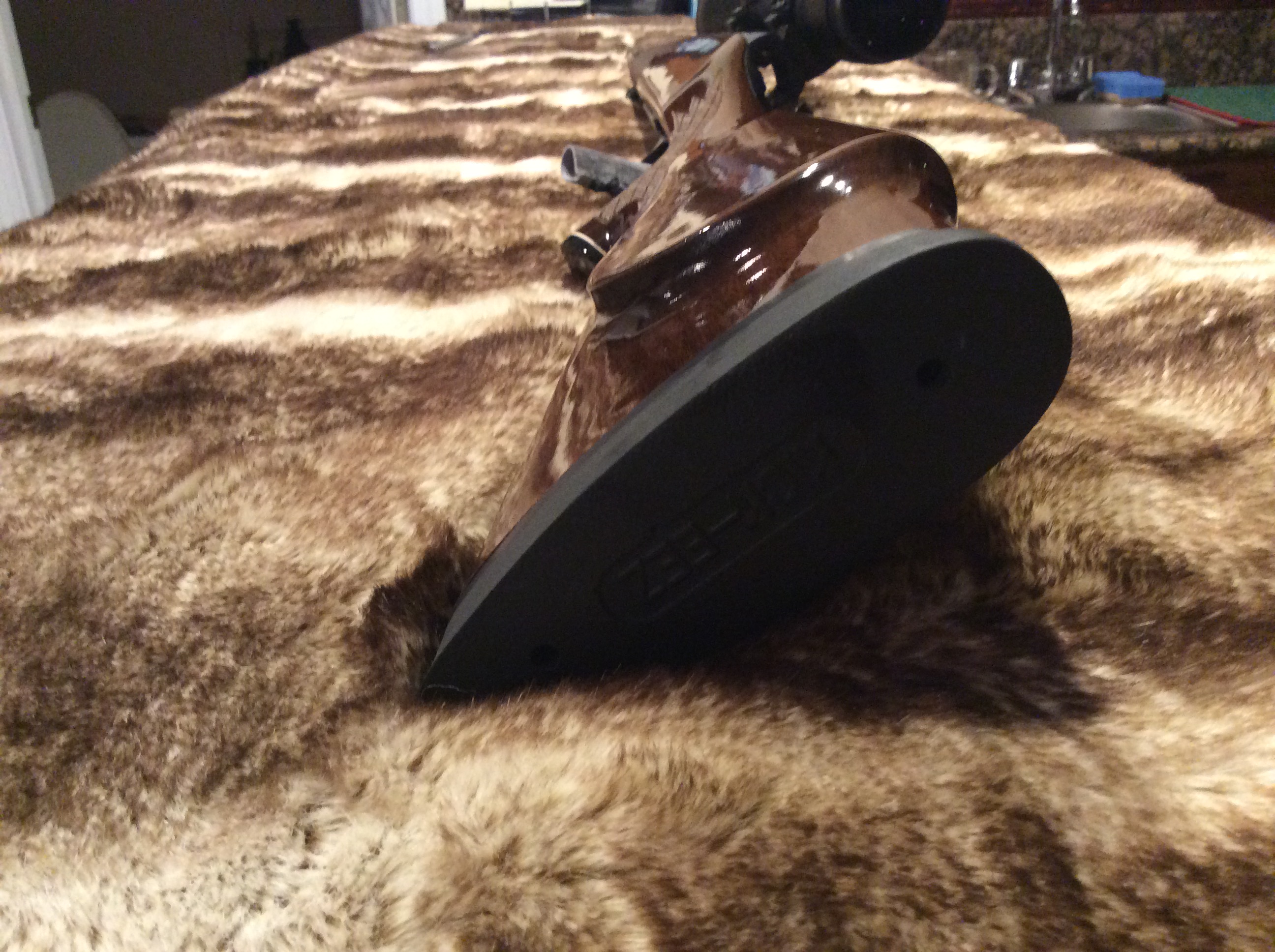 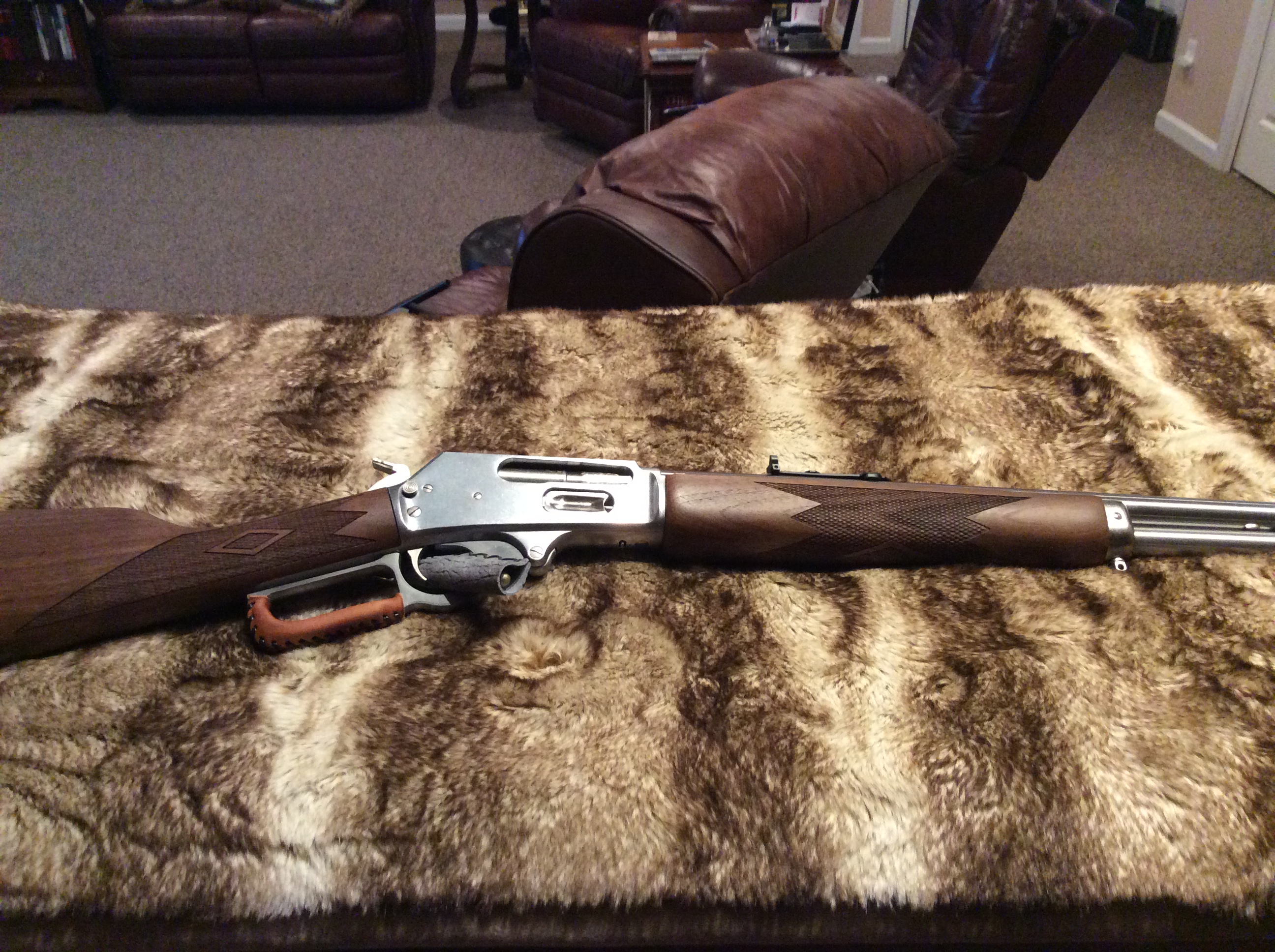 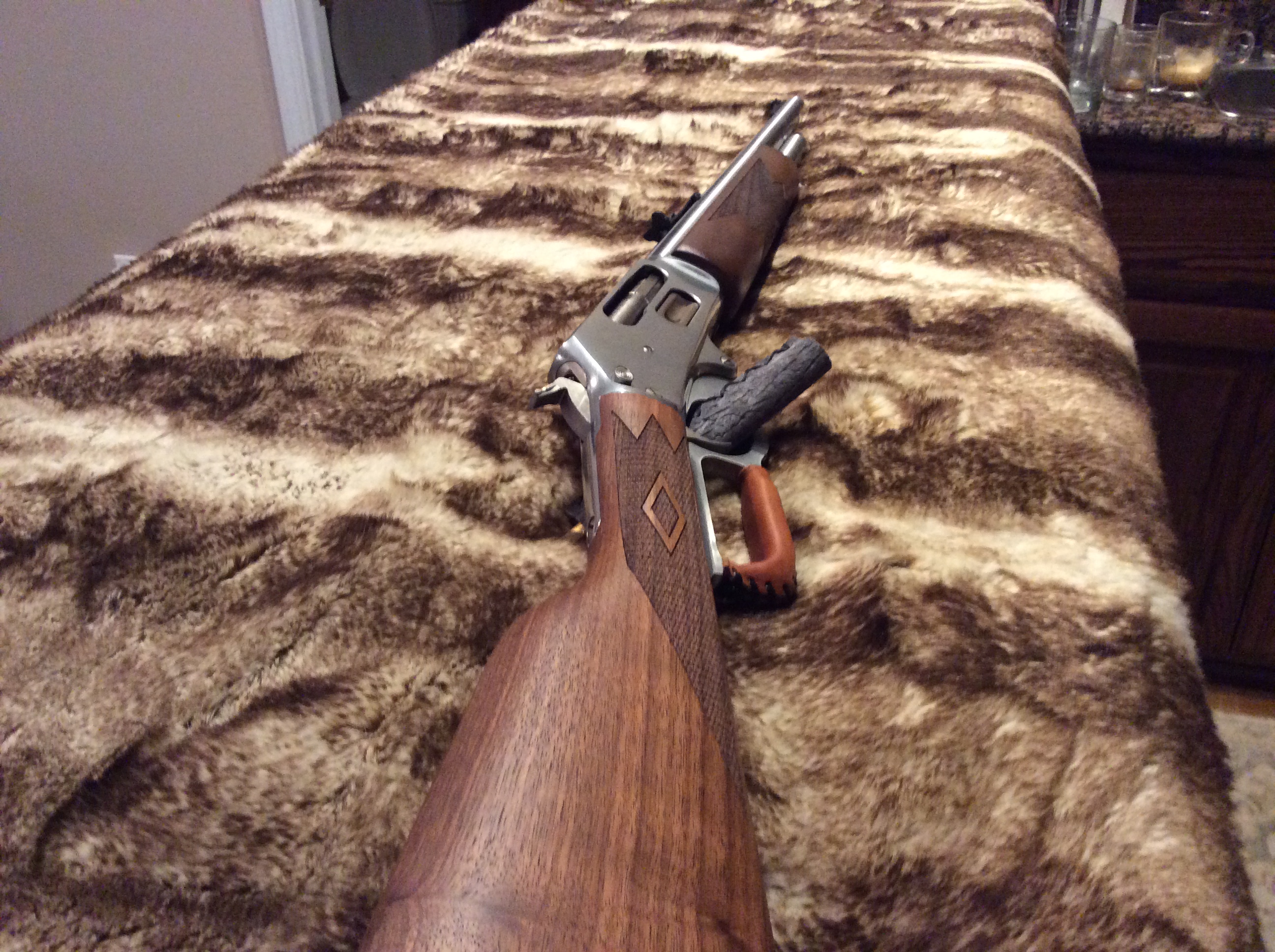 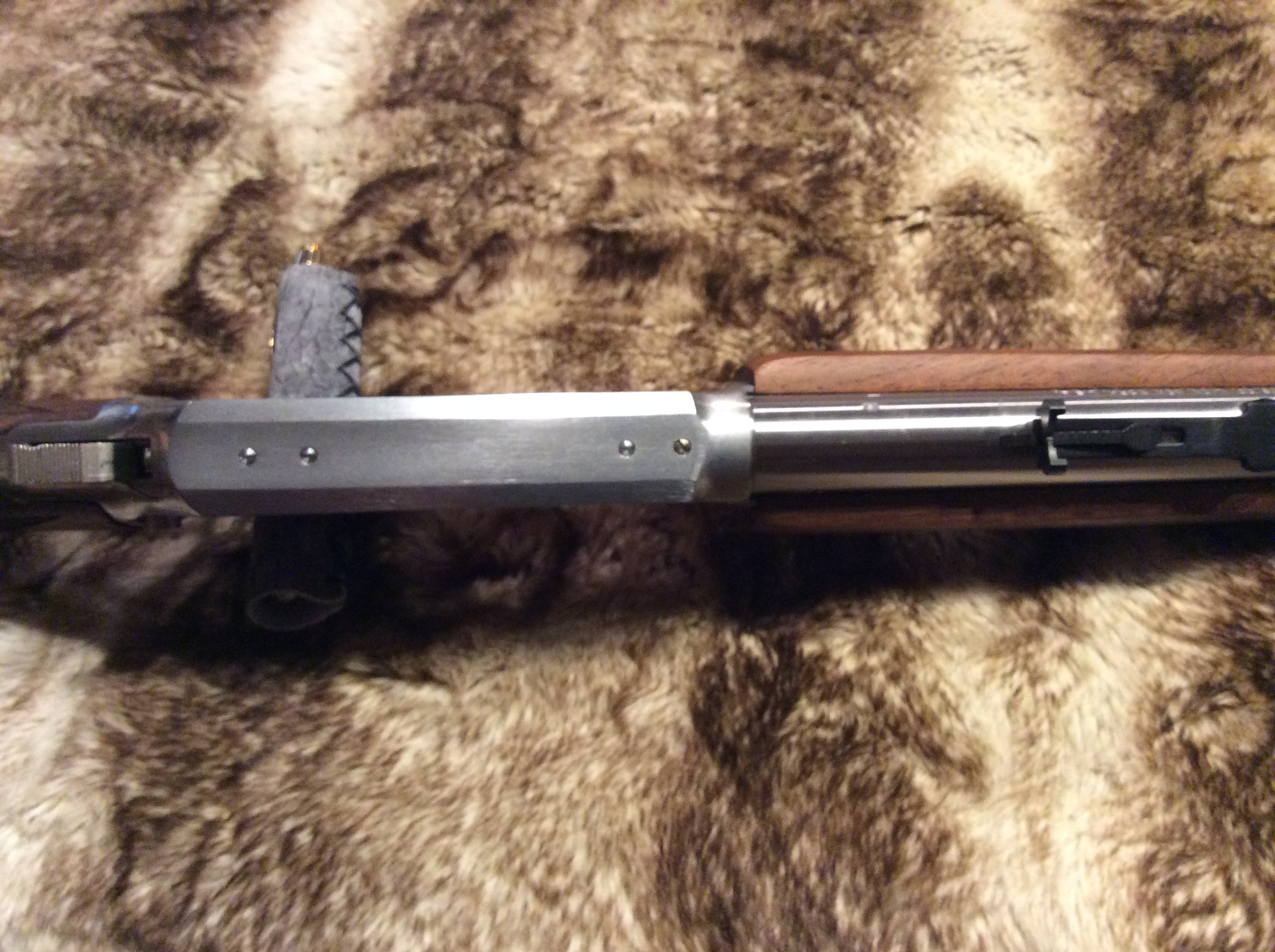 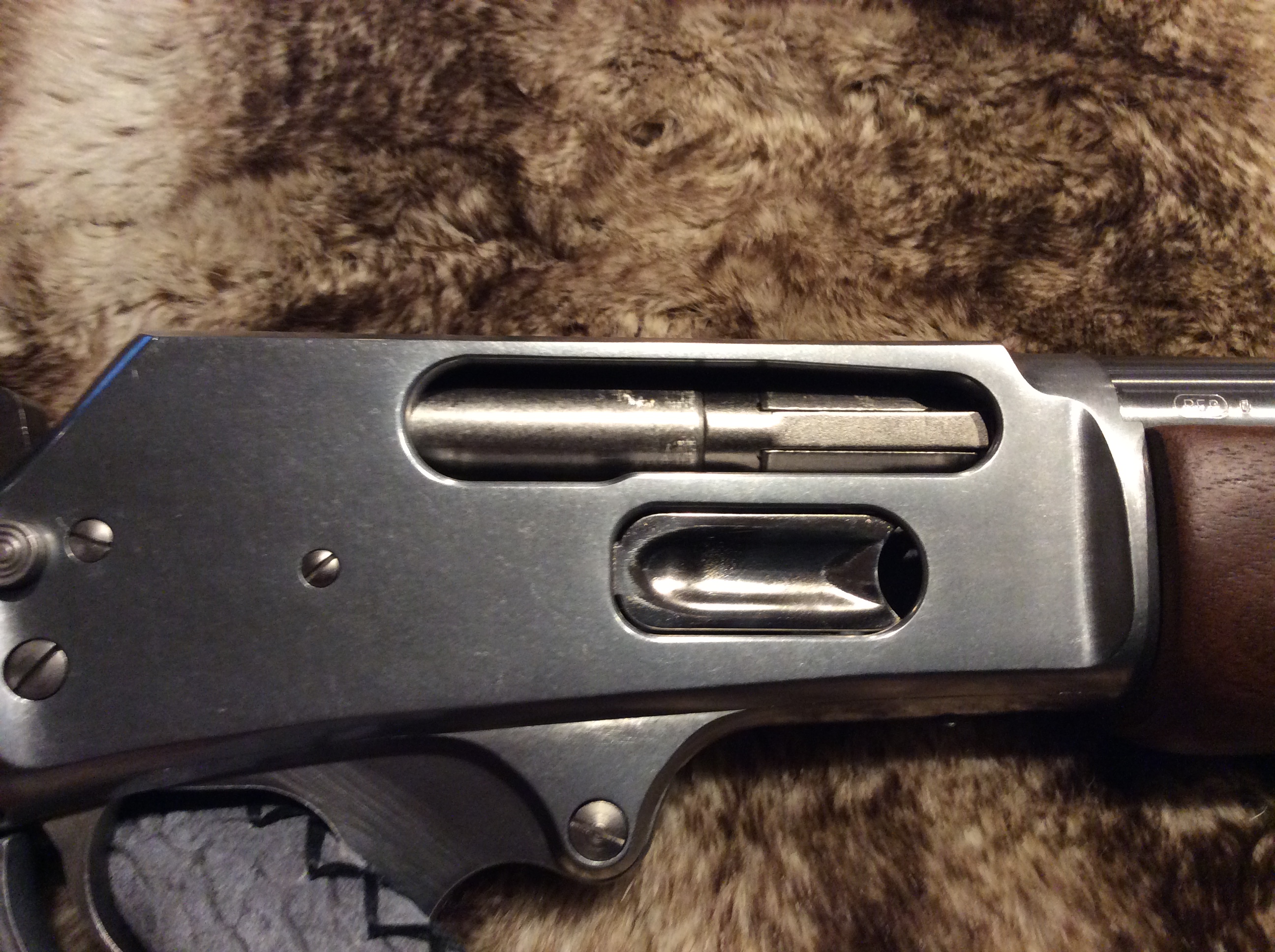 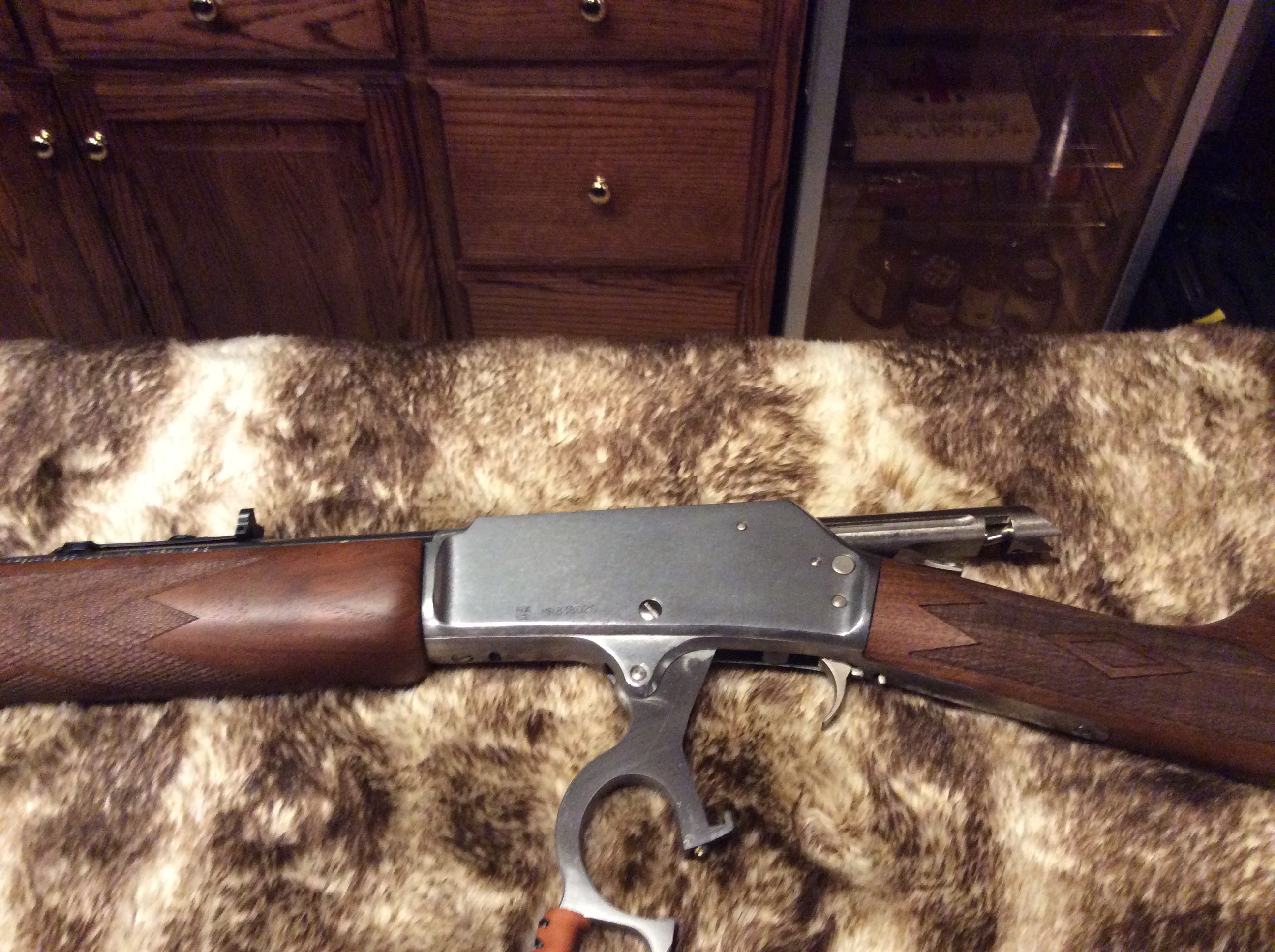 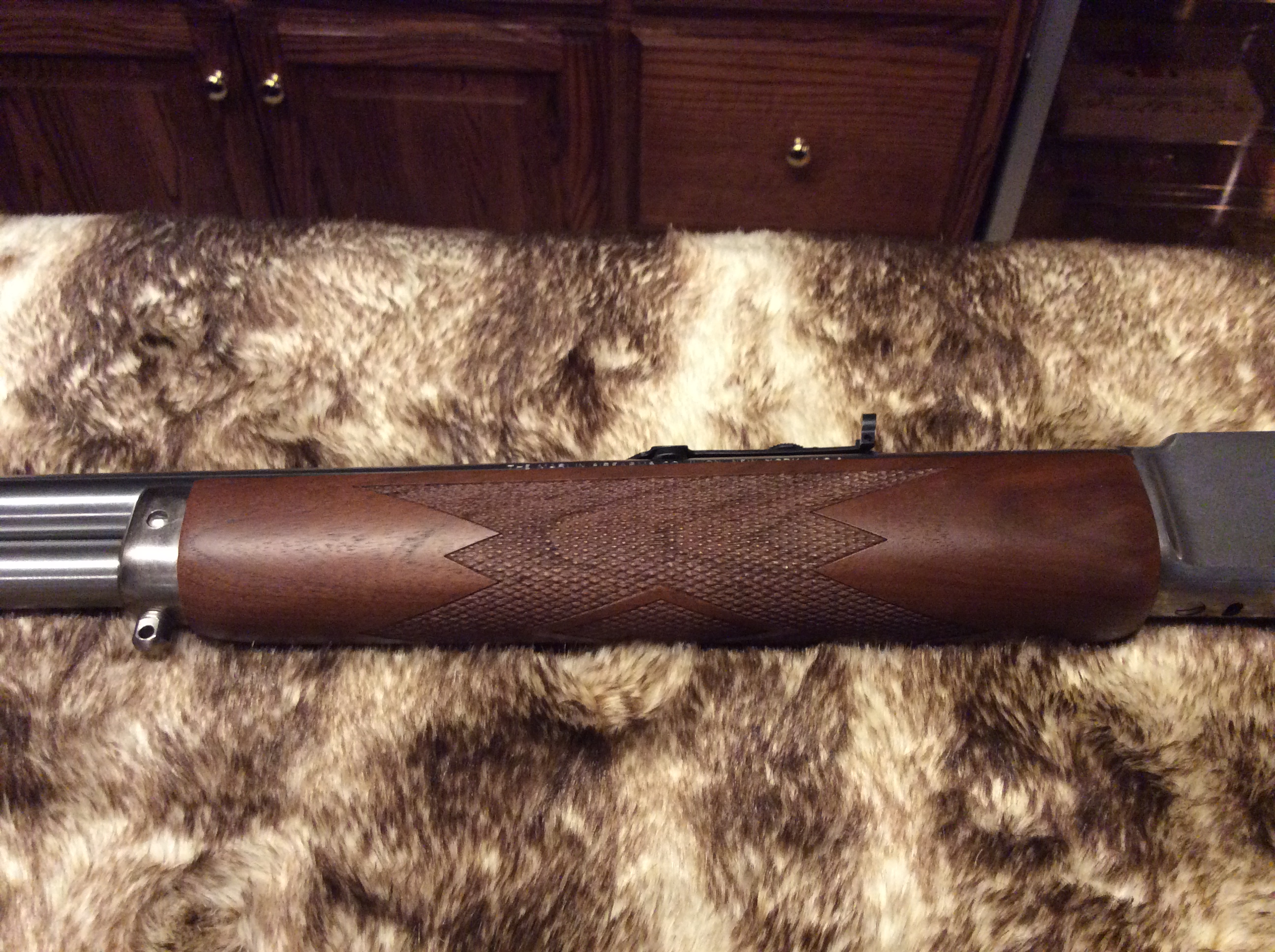 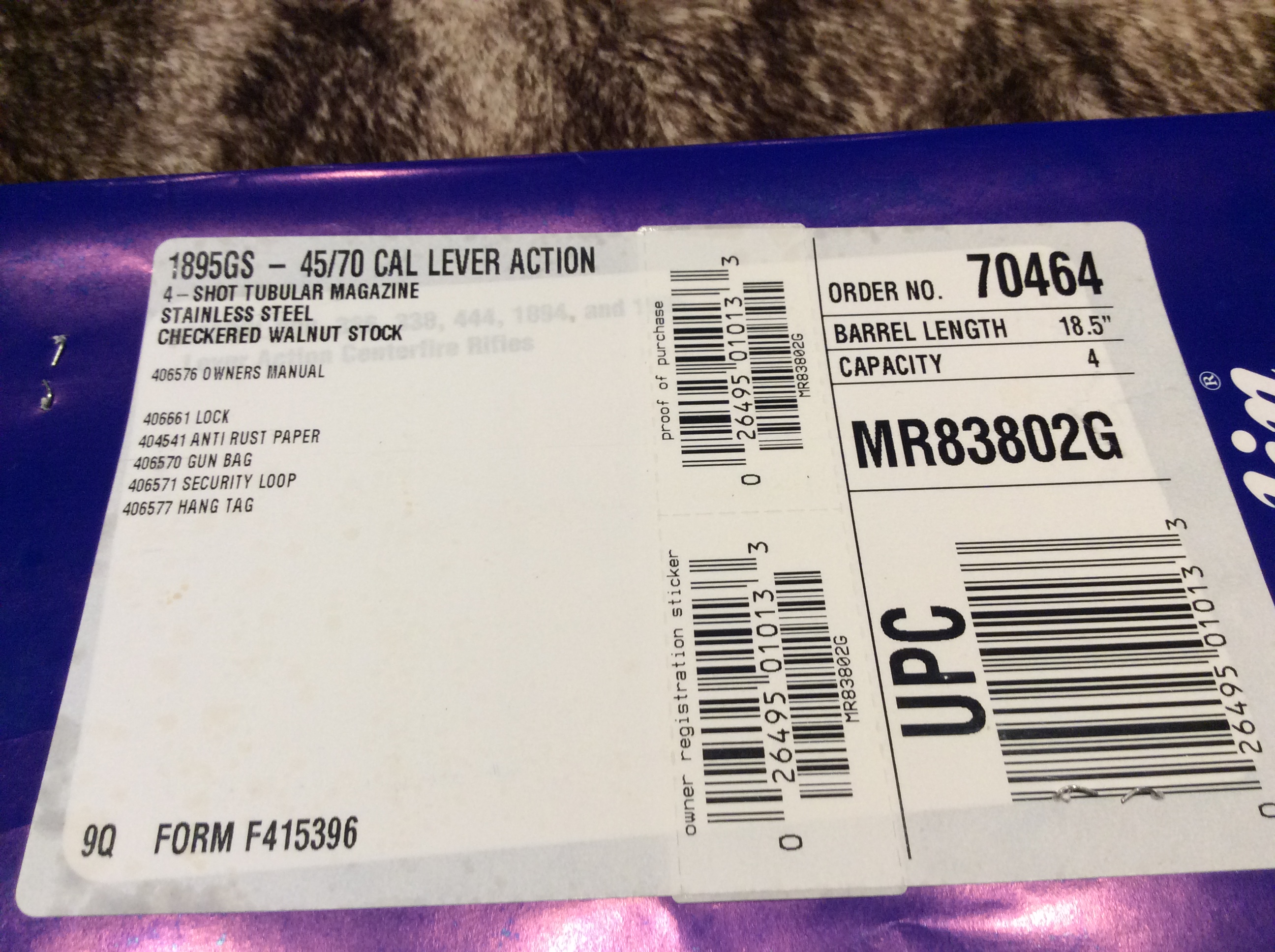 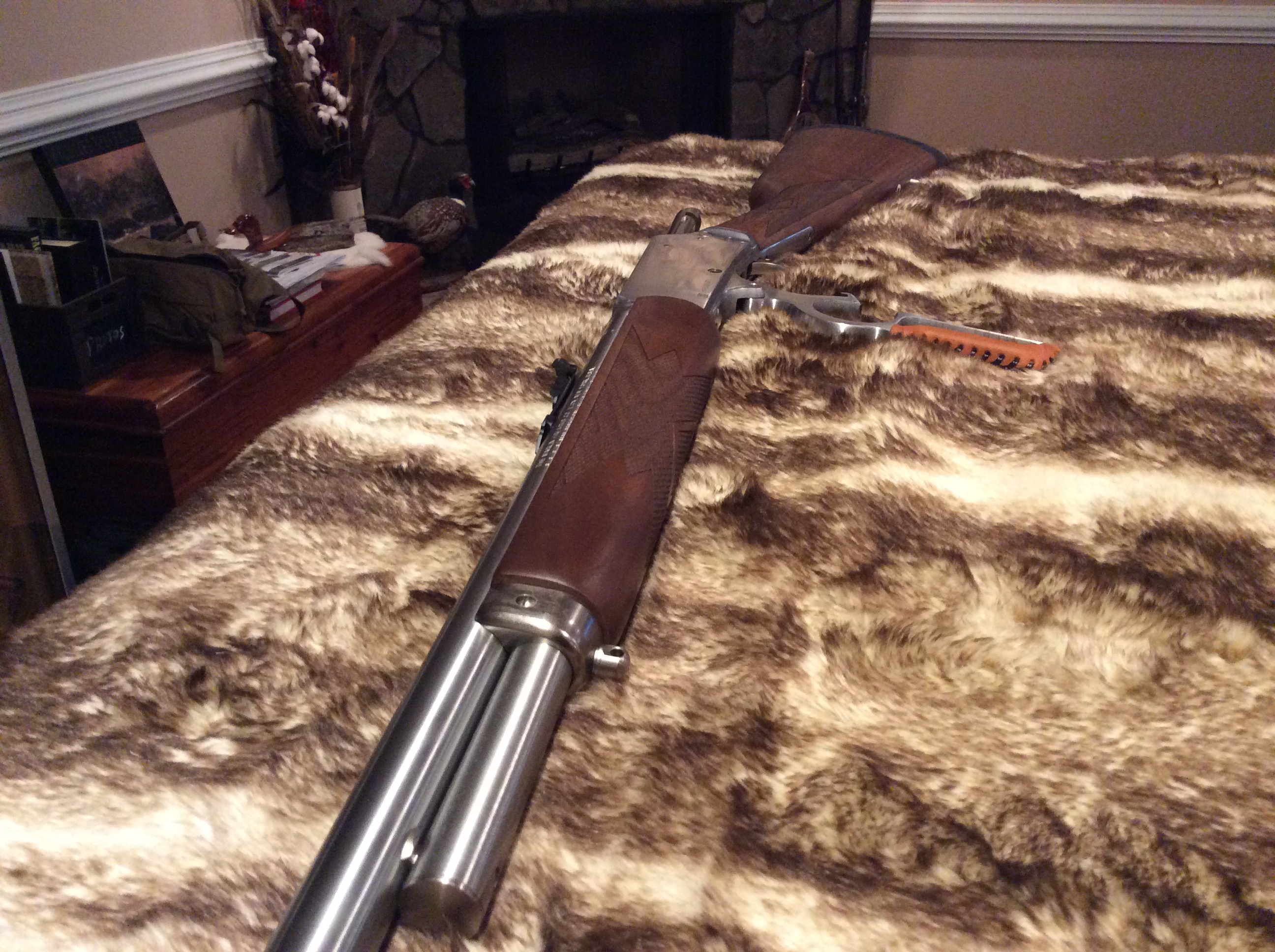 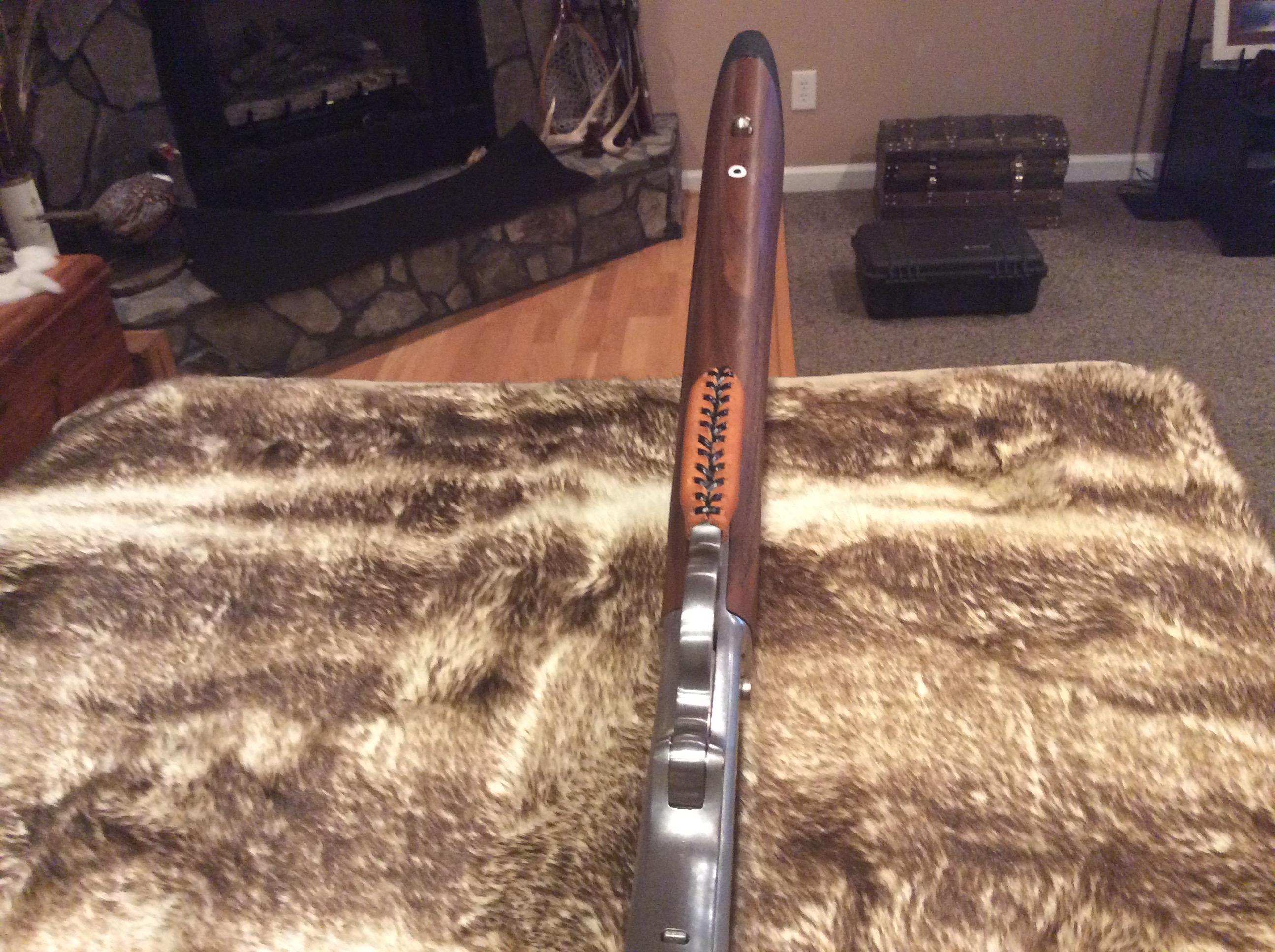 Addition: The Leupold has a CDS installed for the referenced ammo, it can be removed or used. I did not install the zero stop. All components included to use (CDS) and original scope components/caps included. Instructions included/paperwork from custom shop. Sorry, left out that detail.

Excellent deals on some fine rifles! Both will hurt on both ends!
Africa on my mind.

Ha, the kick-eez made a world of difference on the 300 rum. But, both have a little spunk!

I may have a buyer for your Marlin. I'll ping you shortly.
"Only accurate rifles are interesting." -- Townsend Whelen

Update to thread: The 300 RUM is spoken for. Thanks!

Well shucks. Between my youngest son and my best friend, I figured one of them would pull the trigger. Both in the market for that gun, neither seems interested. 600 is a stellar deal. If I didn't already have a GBL, I'd have bought yours.
"Only accurate rifles are interesting." -- Townsend Whelen

sgt_zim said:
Well shucks. Between my youngest son and my best friend, I figured one of them would pull the trigger. Both in the market for that gun, neither seems interested. 600 is a stellar deal. If I didn't already have a GBL, I'd have bought yours.
Click to expand...

Just reach out if someone changes their mind.
U

Someone will see it and buy!

Someone will see it and buy!
Click to expand...