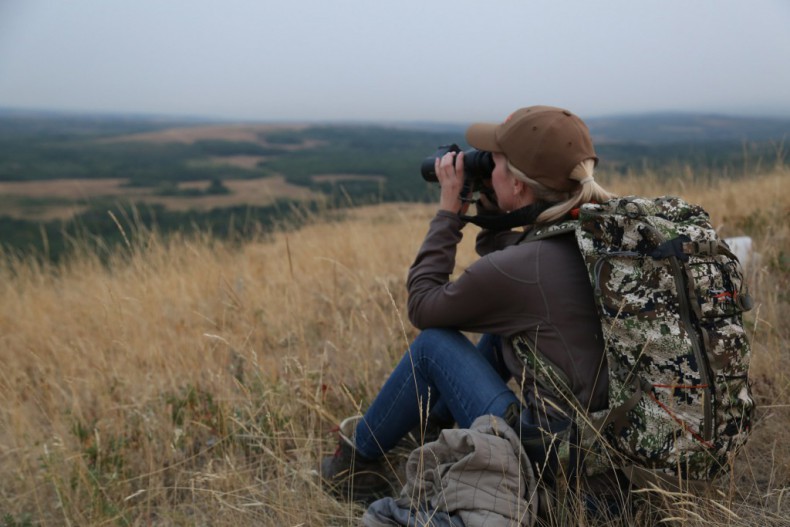 “I think I see tines!” After retracing a few steps, I followed my instincts and double checked the spot in question. Though my peripheral vision had caught it initially, my Geovid HD-B’s helped confirm the unusual looking white branches. Indeed, twenty yards away two classic ivory tines protruded a few inches above a log, almost disappearing amongst the busy deadfall.

My father, Dr. Peter Koebisch, had waited thirteen years to draw this highly coveted elk license in Alberta. Both he and my mom had taken big bull elk out of WMU 300 fourteen and thirteen years prior. With opening day approaching, all three of us packed our substantial amounts of gear and drove south; it would be a family hunting trip like the good ol’ days. 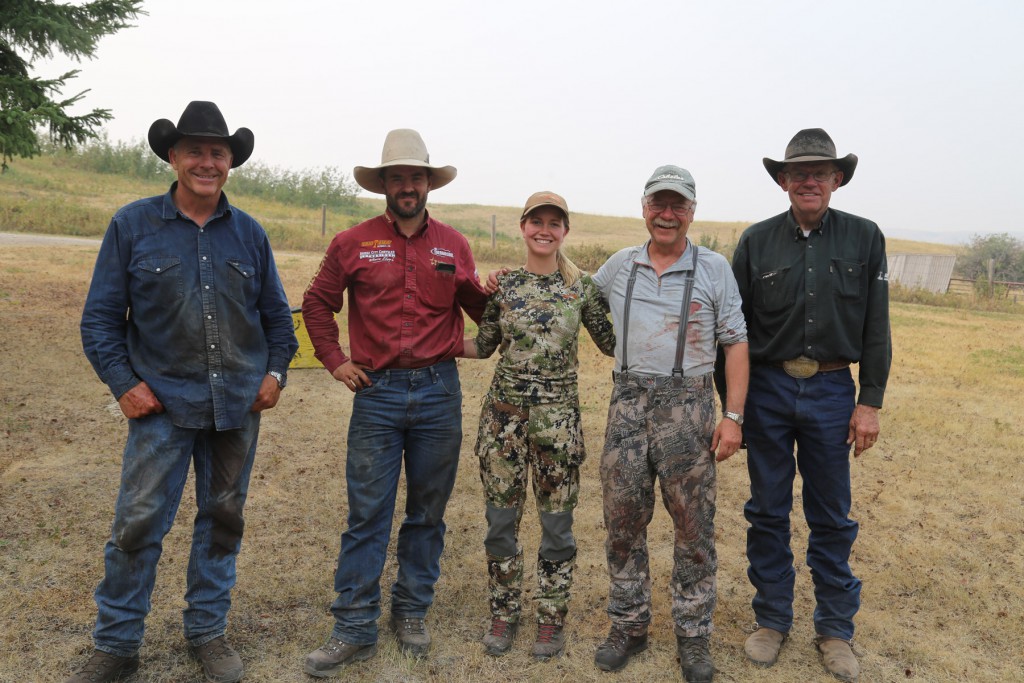 Two major factors were playing against our odds, however. This year we were experiencing temperature peaks of 35°C, not the usual recipe for a strong rut. Secondly, an aggressive forest fire was raging on the Alberta/B.C. border not far from where we were hunting. Conditions were dangerously dry, with everyone on high alert. Almost all ranchers weren’t granting hunting access to their properties due to the extreme fire hazard of all-terrain vehicles and unexpected sparks. Dustin Flundra of the Shoderee Ranch however, with whom we had taken up contact prior to the hunt, still allowed us access.

Before dusk fell over the hilly terrain of the Shoderee, we glassed from atop a high ridge to scout out bulls for the next morning. Three massive moose and many bugles from the forest below made the scouting mission worthwhile. Emerging from thick brush onto an open field, we were very surprised to see a very large grizzly walking towards us. Rod Sinclair’s cow chirping must have motivated the bear to check out the situation. Luckily, he charged off in the opposite direction. 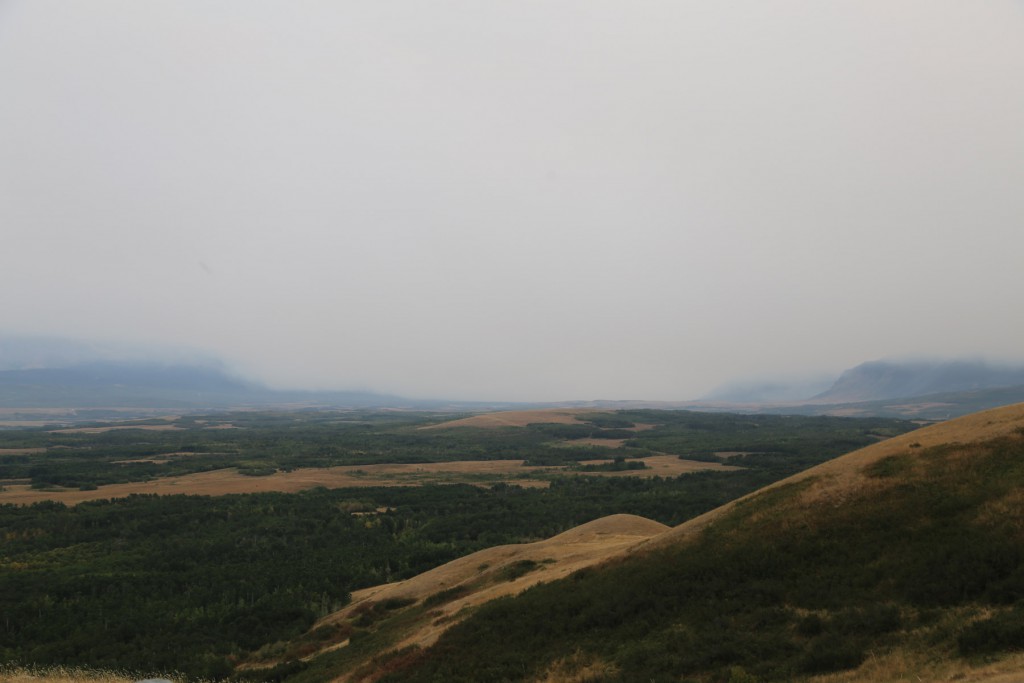 Opening morning came with a 6 o’clock start. Standing where we had parked the truck, we gazed into the underlit undergrowth and attempted to locate a herd. We had only seen one cow/calf pair the previous evening, and were still expecting to find a bunch of females with their herd bull. A few responses to Rod’s bugling pointed us in which direction we should start. 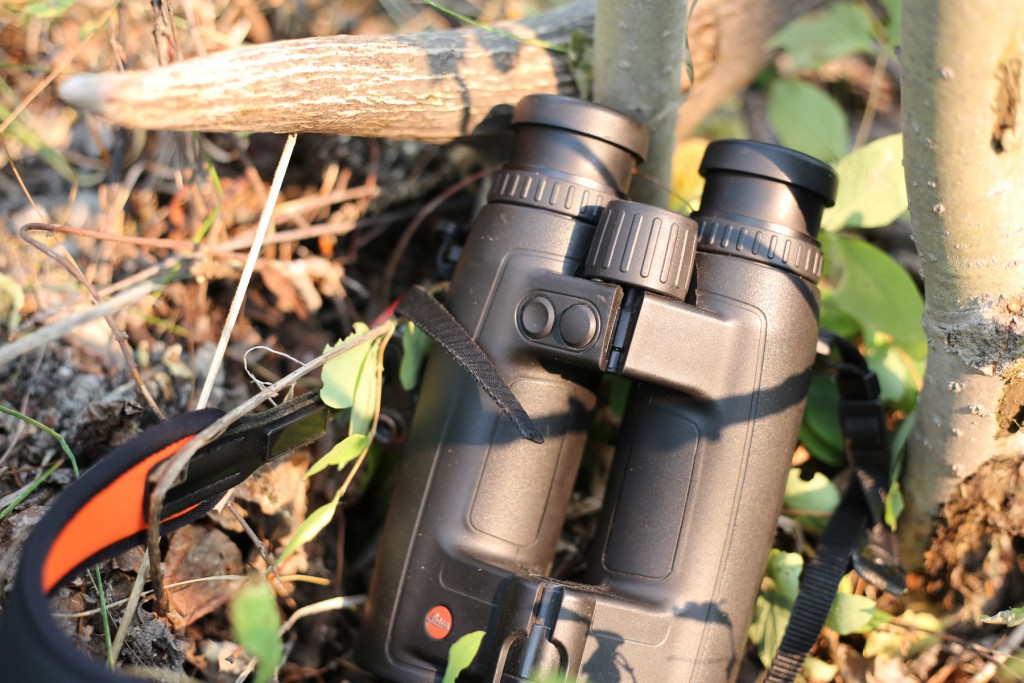 Hunkered down amongst high grass and young aspen in the middle of a sizeable meadow, we were approached by a young bull. As he sauntered away wide-eyed and educated, another appeared behind us. While we were concentrating on his light alarm barks, a bull exploded from where Mom and I were sitting. Silently, he had snuck into within four yards of our position before catching our wind and blowing up behind us. Yet another showed up. 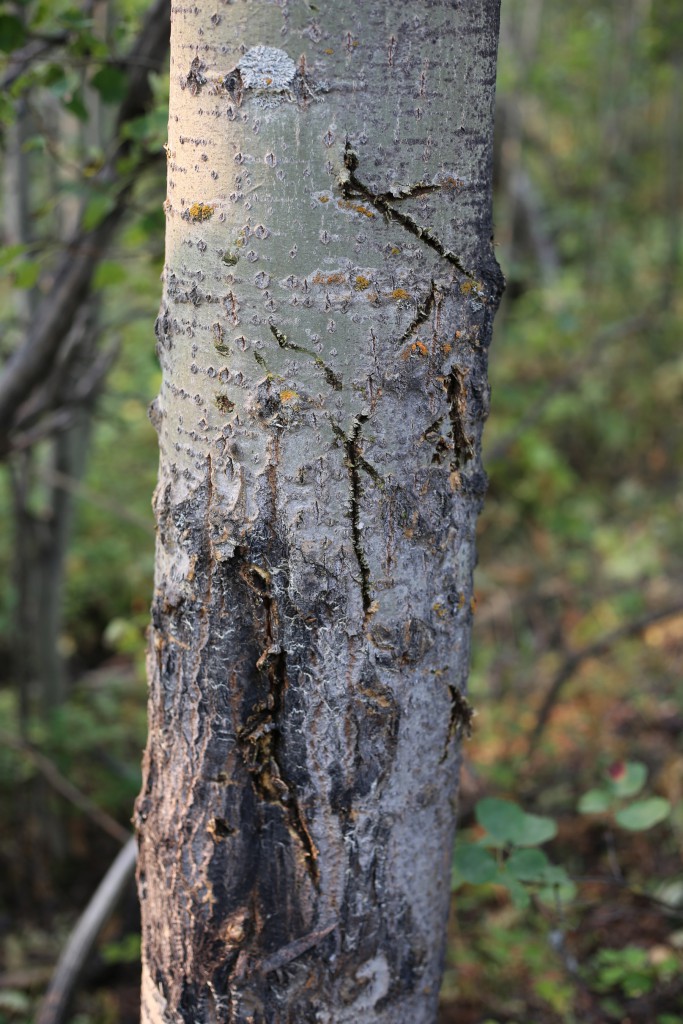 We were surrounded. A deeper bugle from within the depths of the undergrowth had our full attention, however. Sneaking past trees with obvious bear claw marks and plenty of fresh bear scat, we weaved through the trees towards the approaching calls. This cat and mouse game continued until we could see the bull, approximately a 310 class, eyeing us through the vegetation. This wasn’t our bull. 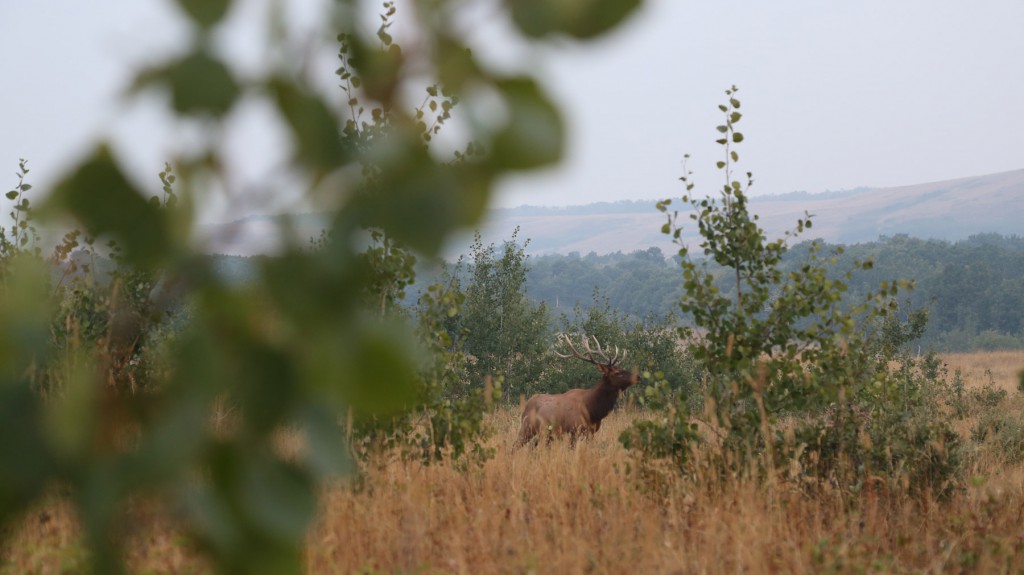 With the Waterton Lakes Park townsite undergoing a voluntary evacuation, Dustin remained preoccupied with securing his cattle, horses, and taking all necessary precautions to secure the farm buildings. Keeping a constant eye on the wind forecast and getting regular updates on the size and location of the out of control fire, everyone was quite worried.

Dad’s hunt was set to be filmed by famed hunting videographer Cody Robbins for his Live2Hunt television show, however with a due date for their second child any day now and the unpredictable natural disaster situation, the film crew decided to withdraw for the moment. Thus, though we all wished Dustin and Cody could join us, Rod Sinclair was running a one man operation and doing a very fine job at that! His bugling was on par with real bulls, and his aggressive hunting style suited the area’s topography and wildlife well. 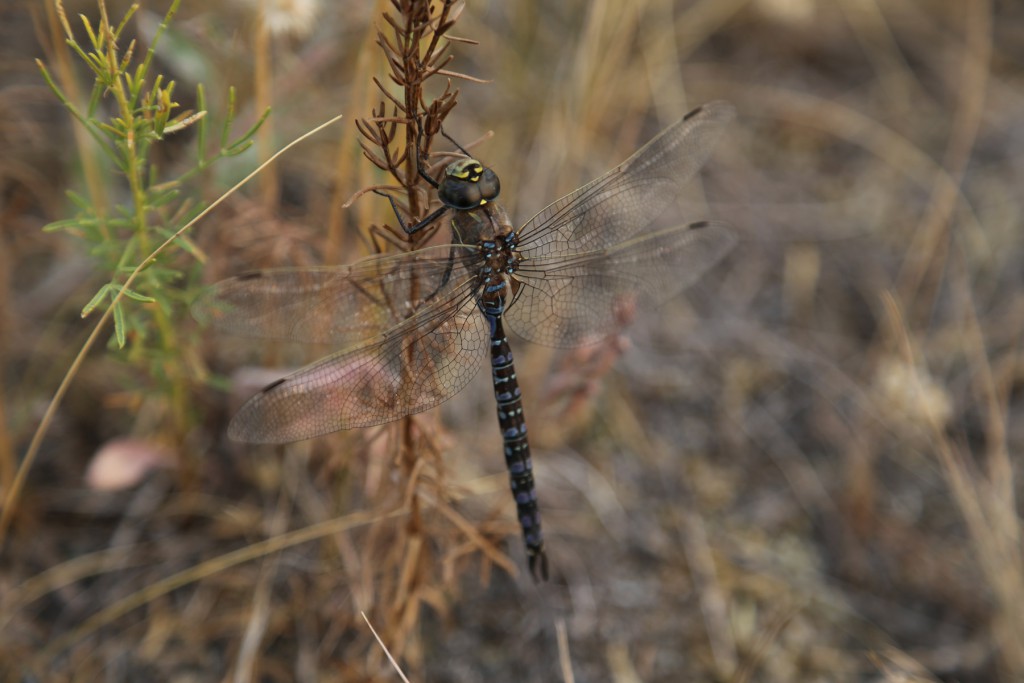 That evening we hunted another side of the property, and saw very little cow sign. We encountered quite a few smaller satellite bulls, but nothing that sparked our interest. Dad was holding out for something special. We debated whether to even go out the next morning, due to the state of emergency and the fact that the herd was obviously somewhere else or holed up in heavy timber to escape the heat. With a tag in his pocket though, we all agreed that since we were already here anyway, we might as well give the morning a go. 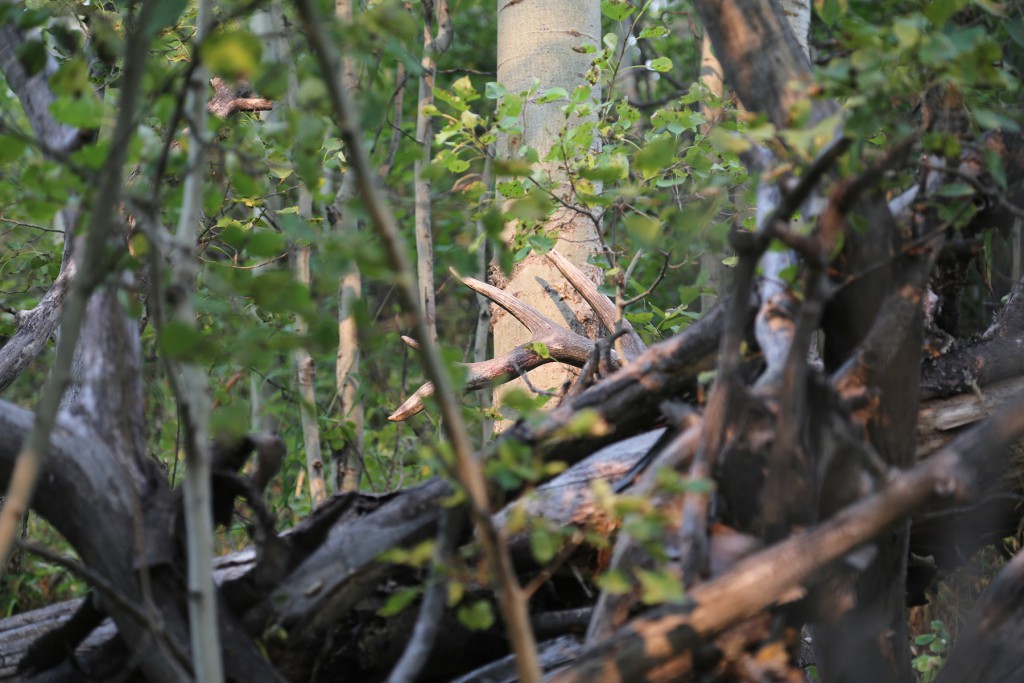 Only one bull was answering Rod’s beckoning calls, so that’s the direction we walked. Popping over a low ridge, out of the trees and into the open, there stood a sky-lined bull. “That’s a nice bull” whispered Rod. Seeing his 6×7 frame, Dad set up the shooting sticks and lined up his .338 on the elk. A few cow chirps secured the bull’s position, and Dad shot. The first was a miss, the second a definite, but not immediately lethal hit.

Finding and tracking the pronounced blood trail, I earned my nickname as the Bloodhound. We spotted the bulls’ dark antlers surfacing from a bed of tall grass. As the bull stood, Dad put another shot into the bull, who disappeared over the horizon and into a patch of forest. Now we would have to enter the timber, where Rod had just spotted a monstrous milk chocolate black bear. As you can imagine, Mom was enthralled by the idea (not). Splitting into two groups, we fanned out and walked small game trails through the trees. That’s when I saw the ivory tips. 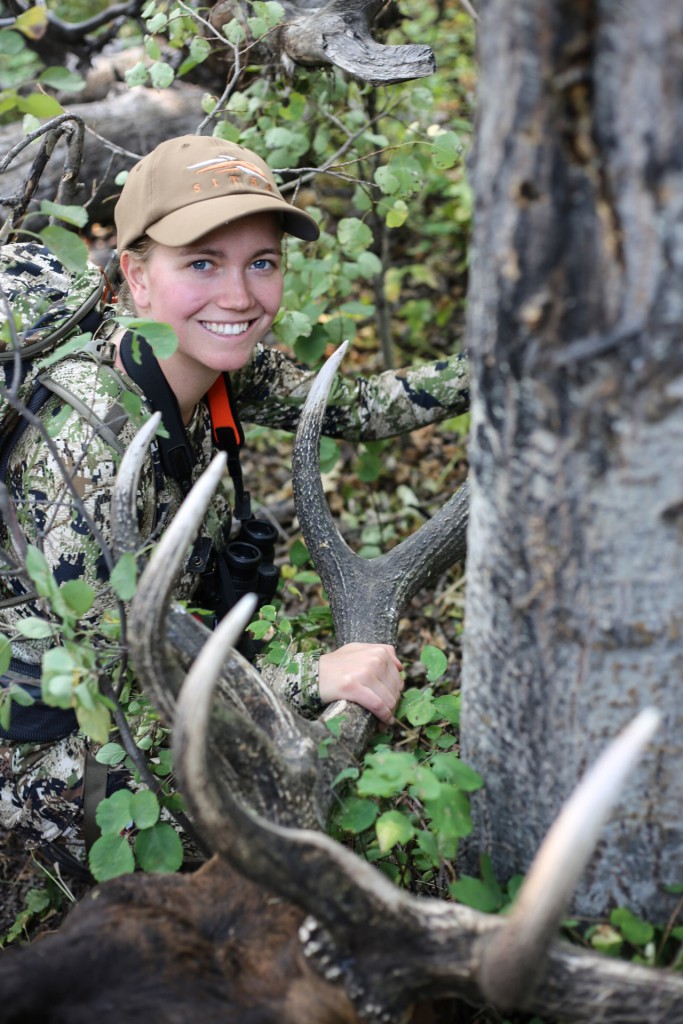 The bull was dead, and we could finally walk up and admire him. He was a heavy antlered bull with beautiful dark, pearled antlers and ivory tips. As he tumbled, his antlers, that must have rubbed many trees in his lifetime, etched an aspen with signature scratches for the last time. The bull’s final resting place was amongst deadfall, underneath a massive log. That made the red work mighty interesting, as did the hundreds of marauding wasps enjoying an easy meal. Good thing we had a tough cowboy along! For it not to spoil in the scorching temperatures, we immediately drove the meat to a local butcher, who would process the game into sausages. 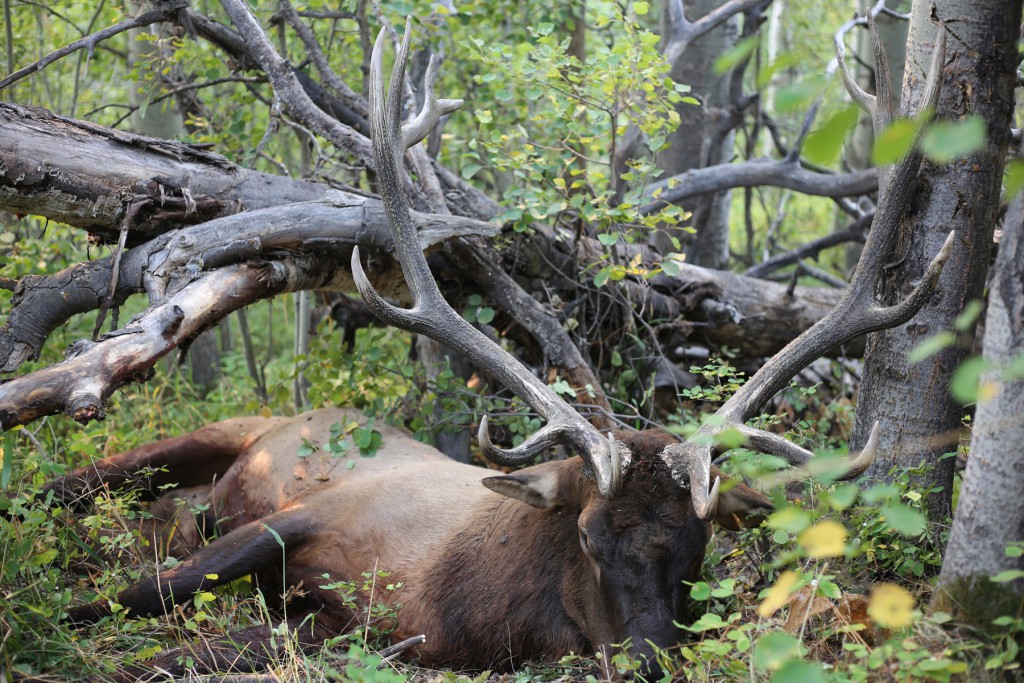 After waiting thirteen years to draw this special license, Dad was ecstatic with the bull. All things taken into consideration, with the weather and environmental factors being less than ideal, we were thankful to have completed the hunt early, even though my Dad is usually a last day kind of a guy. Our new friendships and the memories acquired on this hunt will follow us a lifetime. We’re all crossing our fingers that the ranches in southern Alberta are not impacted by the raging wildfires. These fine folks, their ranches, and the wild game that lives on them truly represent the western spirit and heritage of Alberta. 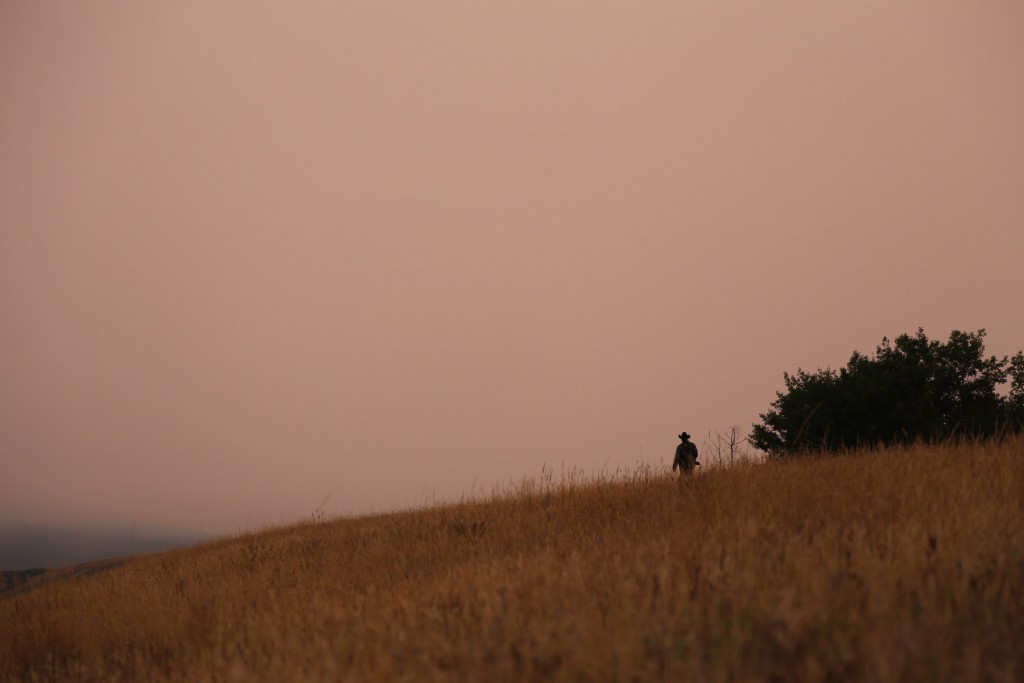 P.S.
After I wrote this article, the Kenow wildfire gained momentum and penetrated Alberta’s borders, raging through Waterton Lakes National Park. Much of the townsite was saved thanks to the efforts of firefighters, police force and volunteers. The fire covered an area of approximately 38,100 hectares. 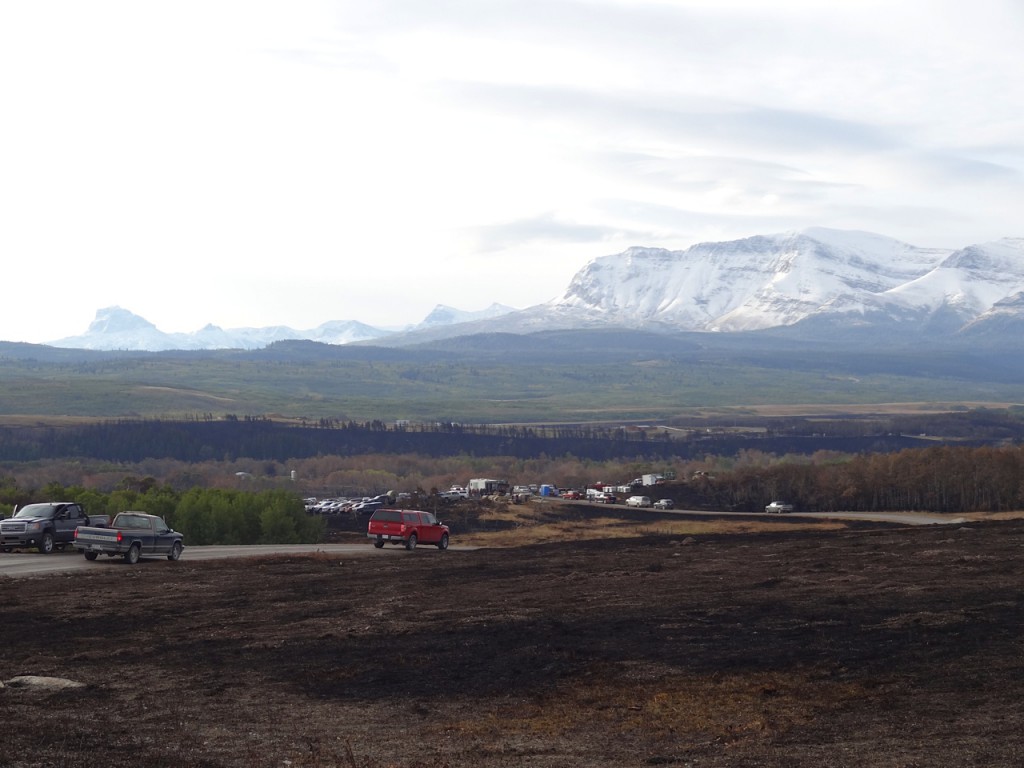 Many of the ranches which we had still seen in their full glory were burnt down, with neighbours helping neighbours evacuate horses and livestock in the nick of time. 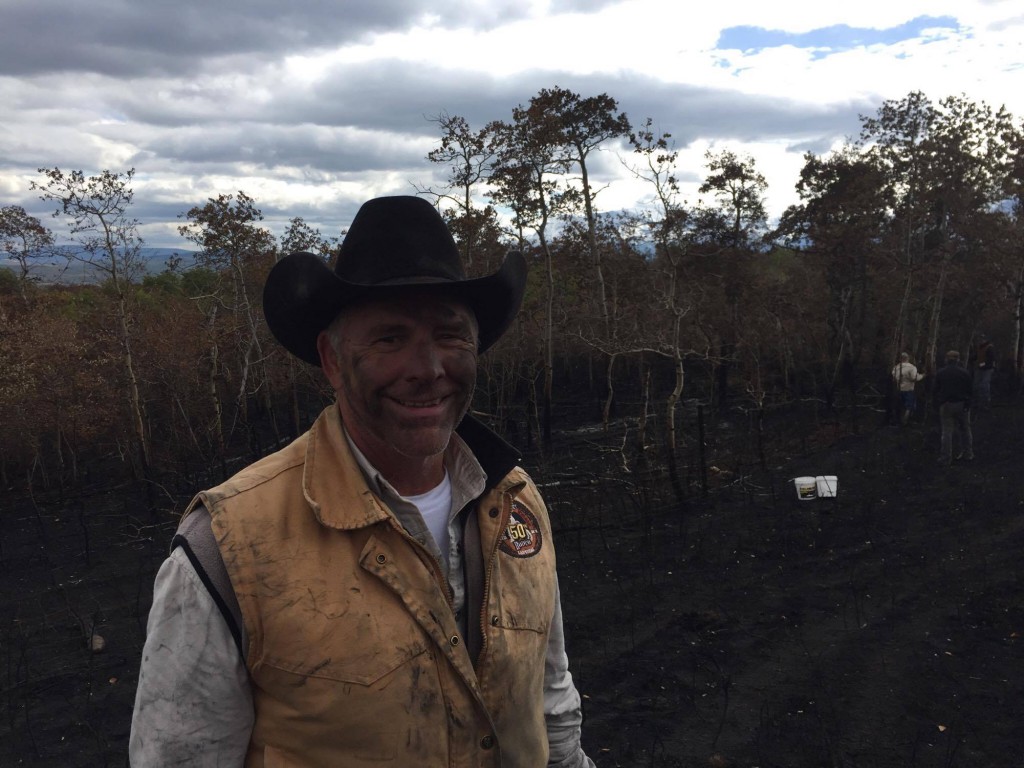 It is a devastating loss to the ranchers in southern Alberta. We followed the events over Facebook updates and news reports. The Shoderee was spared, but neighbouring ranches were destroyed. In the aftermath of the fire, the ranching community came together in this time of need and donations, fencing supplies, feed for the cattle, and time were given to the ranches. My parents both drove down to help in a fencing project organized to repair the many kilometres that had been destroyed and assist in farmyard cleanup. The blackened appearance of the landscape was shocking, but the helping hands of 280 volunteers was heartwarming. There is so much to be said about Western neighbourliness. 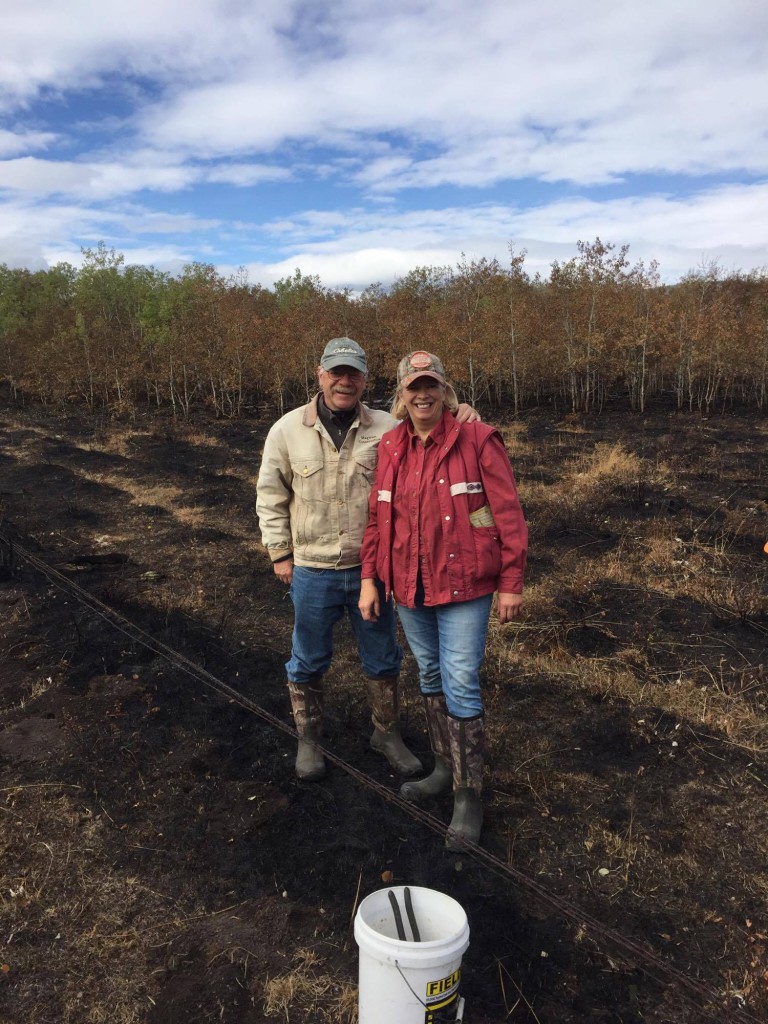 Author:
Savanna Koebisch
The German-Canadian Savanna Koebisch was only 12 weeks old when her parents took her hunting for the first time. Her childhood and youth were marked by outdoor and hunting adventures around the world, and hunting has become an integral part of her daily life. She recently moved from her home in Alberta to Bournemouth, UK to study chiropractic.

Very nice bull under trying conditions. I was out in the flats east of Waterton hunting Elk at the same time and that heat and wildfire certainly changed the game.

Congratulations on a very nice bull.

Thanks for sharing. Well written. Fire has a way of changing hunting conditions. In timber it can at times benefit wildlife in the long run. Short term not so much. I feel for those that lose farmland. Tough thing to have happen. Congrats on a great bull.
Bruce

Nice story, thanks for sharing!
John 3:16

Great story, thanks for sharing.
You must log in or register to reply here.

Peas In A Pod

Buffalo Hunt For The Books!
2 3