Elephant Economics: To Save Elephants, We Should Promote Commercial Use And Encourage Ivory Markets

The video above — “Africans Demand Trade in Ivory Products” — was produced by the Ivory Education Institute, a nonprofit public benefit association dedicated to enhancing understanding of the historic, practical and cultural importance of ivory. Here’s a key excerpt on the economics of poaching elephants and banning ivory trade:

Outsiders insist that a ban on ivory trade will stop elephant poaching. It won’t. Poaching will end when demand is met through an open controlled ivory market. Bans only create scarcity. Scarcity increases prices and increased prices encourage poaching. To argue otherwise as outsiders do, defies the laws of economics.​
What is the Ivory Education Institute’s position on the US ban on importing elephant trophies? Its website features an article (“Trump’s decision on trophies from Zimbabwe elephant hunts bad for elephant conservation“) written by Emmanuel Koro, a Johannesburg-based international award-winning environmental journalist who has extensively covered conservation and development issues in African countries, here’s an excerpt:


United States President Donald Trump has delayed a rare and early Christmas gift that he recently presented to the Zambian and Zimbabwean people. By putting a halt on the lifting of the US ban on importing elephant trophies from the two countries into the US he has muddied the US policy waters.​
The US is the world’s biggest hunting market and poor rural villagers in Zambia and Zimbabwe see their lives being significantly improved through money that the US hunters pay to hunt elephants. Hunting elephants is legal under strict permit systems in several African countries, and the revenue is crucial for supporting conservation efforts. The large fees that trophy hunters pay to be allowed to hunt elephants, lions and leopards can be a significant source of revenue. In Zimbabwe, according to the Safari Operators’ Association, the annual revenue from trophy hunting for this year could be as much as $130 million, mainly from the US market.​
The southern African countries, including Zambia and Zimbabwe, practice wise and sustainable use of wildlife products such as elephant hunting trophies, ivory and rhino horn trade, to bring wildlife into balance with their habitats. Therefore, the US Department of Interior’s decision to suspend the US ban on elephant trophies from the two countries into the US was a breath of fresh air and good news for elephant conservation. Sadly, it only took a tweet from President Trump saying the ban would remain, “until such time as I review all conservation facts.” That review if done responsibly as we anticipate can only result in the reinstatement of his decision to allow imports of elephant hunting trophies into the USA because the motivating facts are strong, scientific and tested.
​
Bottom Line: As counter-intuitive as it may seem, if you are really serious about saving African elephants and stopping poaching, you have to support the commercial use of elephants, including trophy hunting and trading in ivory. Here’s the bumper sticker version — “Save the elephants, buy lots of ivory.” That’s what the Africans in the video above would tell you, and in fact they are demanding trade in ivory products! 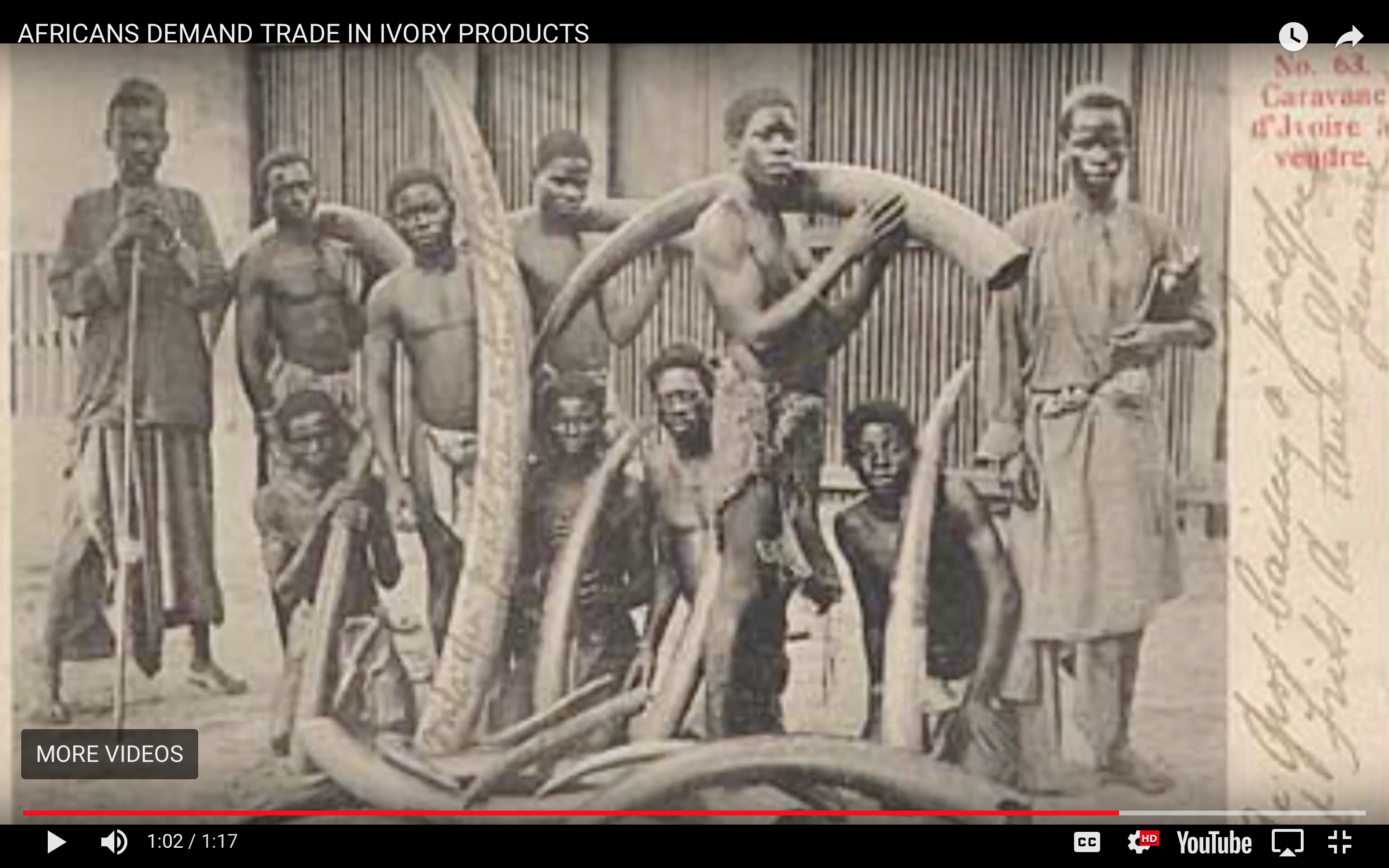 I have not read, much less done, any research on this issue, but there is a threshold question which needs to be answered.

That is: Can elephants actually meet the demand for ivory, and still have enough elephants left over for self-sustaining populations in the long term?

This argument is easily made in the case of rhino - a rhino doesn't need a horns, and they can be removed with minimal stress to the animal, after which they will grow back.

I am not aware that it is possible to relieve elephants of their tusks without killing them. So, unlike rhinos, you have to kill the animal, and hope that those left over can breed quickly enough to maintain the supply. And this is an animal which has a very long gestation period, and a long time between pregnancies. Additionally, it can take a decades or much longer for tusks to reach a size where it might be worthwhile taking them. And, unlike rhinos which can be ranched, elephants can't reasonably be ranched, they require an enormous amount of space, and they can be far more obstreperous - and difficult to handle - than a pretty placid white rhino.

If the current facing issues in the Selous are any indication, I have serious doubts about whether elephants could sustain the decimation which would come with any attempt to satisfy demand, recognizing that demand is not one and done.

This is not to suggest that I disagree that banning things tends to drive the price of the banned product higher, resulting in an increased incentive to produce the product. Of course it does. But ivory is easy enough to follow and trace, and find, that, unlike rhino horn when ground into powder, a ban has at least some reasonable likelihood of being viable, even in China, if the government is behind it. Additionally, ivory is purely decorative, which tends to mean that at high enough prices, people will generally substitute or forgo altogether. Rhino horn, as we all know (!) cures cancer, so the demand for it is fairly inelastic.

Bottom line is I'm from Missouri on this one. And I'm not sure I've even been to Missouri.
You must log in or register to reply here.

How To Overcome Fierce Debates About Banning All Trade In Ivory