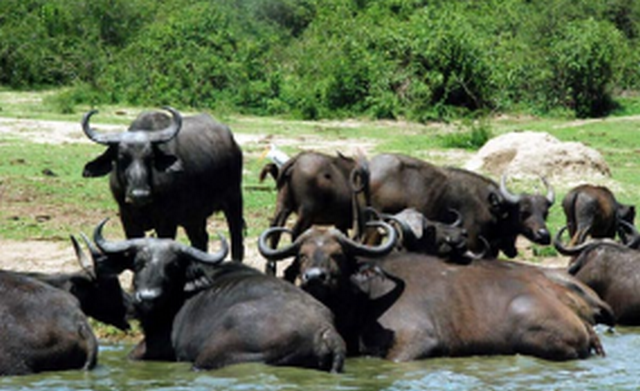 A herd of buffalos at Queen Elizabeth National Game Park. The park is one of the most visited in Uganda.

Kenya's tourism industry is experiencing positive growth trends as total international arrivals for January to October 2016 by air and sea closed at 729,682 compared to 628,345 in 2015, illustrating a 16.1 per cent increase.

"This robust surge in tourist numbers can be attributed to marketing strategies and incentives initiated by the ministry of Tourism and the Kenya Tourism Board," the communication from KTB read.

The best performing markets include USA, UK and India with Uganda and China displacing Germany and Italy from the traditional top five spots. The US has overtaken the UK as the leading international tourist market source, industry data shows.

Early last month, 438 tourists and crew disembarked from a luxurious cruise ship MV Silver Cloud after it docked at the Mombasa Port.

Majority of the tourists were from the traditional source markets in Europe, 50 from the UK, 49 from US, Australia 28, Canada 13.

Others were citizens of India, Hungary and Brazil.

As at October 2016, Uganda, Nigeria and Ethiopia had surpassed their 2011 benchmarks. This follows Kenya's recent partnership with Rwanda and Uganda on a $100 (about Shs360,000) uni-visa to encourage borderless tourism in East Africa.

Mr Amos Wekesa, the chairman Tourism Committee of the Presidential Investors Round Table and managing director Great Lakes Safaris, reacting to this news, said: "It's good for Kenyans because they earn from us. We should also chase same numbers of Kenyans for Uganda."

News From and About Africa

News From And About Africa