Dinosaur Hunting Guns: Taking Down T-Rex and Other Extinct Reptiles

Dinosaur Hunting Guns: Taking Down T-Rex and Other Extinct Reptiles 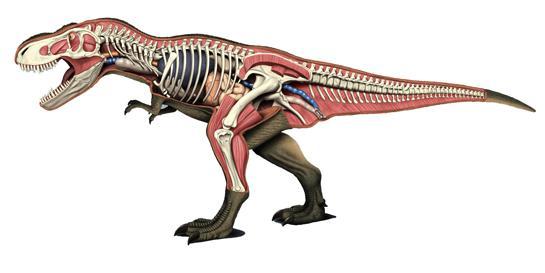 Over the weekend I took my two children to see Jurassic Park, which has been re-released in 3D to celebrate the 20th anniversary of the film’s introduction. I find it impossible to watch without putting myself in the shoes of the professional hunter whose job it is to somehow manage the beasts once they escape.

His firearm of choice is a Franchi SPAS-12 shotgun, which has the ability to work both as a semi-auto and a pump-action. The extended magazine tube, oversized foreend and skeletonized folding stock give it some serious bad-ass cred and it’s hardly surprising that it has appeared in numerous films, including the Terminator, the Matrix, RoboCop, and Snatch—not counting a whole host of utterly forgettable action films. (Blastfighter, anyone?)

But I digress. The real question is what is the ideal gun for the job as head game ranger on an island full of dinosaurs? 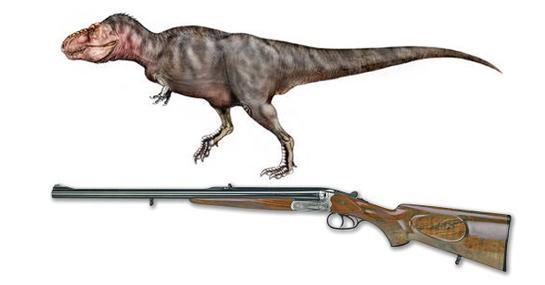 A full grown T-Rex is 40 feet long, stands 13-feet tall at the hips and weighs somewhere around 6 tons and is estimated to have the most powerful bite of any terrestrial animal in earth’s history, generating more than 15 times the chomping power of an African lion. Making matters worse, conservative estimates put its top speed at 25 mph while some scientists believe it could truck along at 45 mph, which is faster than either a charging grizzly or a lion.

If the movie is accurate, then one slight blessing is that the animal’s sight cues in on movement, so, in theory, if you stay still it should have a more difficult time finding you.

Needless to say, a shotgun isn’t worth a warm bucket of spit against an animal of this stature.

Being over-gunned is an impossibility against a T-Rex, but with a true charge-stopping rifle, like a Merkle double, you’d at least have a chance. Personally, I wouldn’t go any lighter than a .458 Lott. The .470 NE, .500 NE and .600 NE would also be good contenders. I would probably opt for a double-rifle with a red-dot sight on it. I’d want that red dot for precise bullet placement as the only shot that makes sense is a broadside shot that takes out either the hip or smashes the knee. Take out the leg to put it down and then finish it off with a double lung shot or a shot in the neck.

The open sights that are usually on a rifle like this, meant to stop a charging animal, would be worthless against a charging T-Rex. With a puny brain inside a massive skull the chances of turning off the switch with a head shot are minimal. Of course, the only bullets worth using on a T-Rex are solids. I’d be curious to see how Federal’s new safari load would fare. 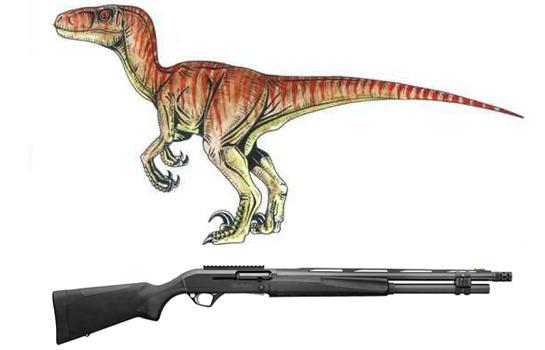 As any self-respecting first grader knows, the velociraptors in Jurassic Park were not accurately depicted. True velociraptors stood about a foot and a half high at the hip, were approximately 7 feet long from nose to tail and only weighed about 33 pounds. I wouldn’t underestimate the little monsters, but a good semi-auto shotgun loaded with buckshot should settle their hash without much difficulty. So I’ll go with either the Remington Versa Max Tactical or an FNH SLP Mk1 Tactical. 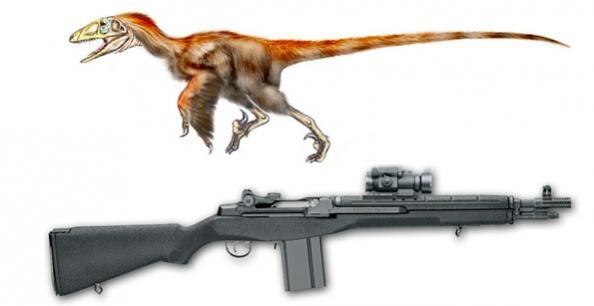 This fearsome predator is more akin to what Spielberg was going for with his “velociraptors” in the movie. These larger cousins of the smaller true velociraptors grew to 11 feet long, could weigh as much as 160 pounds, and were, by all accounts, very smart pack-hunting animals that used the large curved talons on their feet to deadly effect. Picture them with the speed and agility of a leopard and the killing power of a lion and you’ll get some idea of what they could do. It probably wouldn’t require a lot of gun to take one down, but woe to the hunter who only wounds one. A semi-auto shotgun loaded with slugs might serve well, but I’m going with a Springfield Armory M1A Socom 16 for this job. I’d put either an EOTech optic up front on it or something like the Trijicon SRS. Mount a SureFire X400 combo weapon light/laser and you’ll be good to go.

Editors Note:
I thought an article about firearms for dinosaurs would be a bit too silly for the actual Articles thread. I would also like to hear what thoughts on this subject. Personally, I can talk about dinosaurs and other extinct animals for hours on end as family and friends can testify. I'd also like to hear your ideas of calibers and firearms suitable for extinct fauna.
Last edited by a moderator: Apr 7, 2021

I for one would not use a shotgun on any of them, these little guys seem to be what a cornerd leopard can be and a shotgun has been known to fail against stopping even small leopards. I would stick with a double rifle for the bigger and smaller species 470NE should get the job done I would make darn sure I can reload pretty sharply, otherwise a relaible bolt gun in 500Jeff would suite me fine

For a Rifle: I am thinking a good SxS in either 470 NE - 500 NE or 577 NE would cover the rifle end. Having both solid's and soft's ammunition available.

For a Handgun: Hand gun wise i would go with my Model 29 in 44 mag - Ammo being HP and round nose.

I'm fine with my shotgun and leather belt full of slugs

Hmm, so when is the "The Perfect Shot" coming out for dinosaurs? I would suspect that a brain shot on a dinosaur will be tough so proper shot placement is crucial. A T-Rex is bigger than an elephant so I think I'd want to go with a minimum of a M2 .50 BMG!

I'd say none and let someone else do it haha. I'll stay home on this hunt. Maybe from an armored tank... If for some reason if dino's existed and I was a game scout I wouldn't leave bed without at least a Browning M2 .50 cal. I'm not messing around with a gun that only holds 2 bullets if a t-rex showed up. 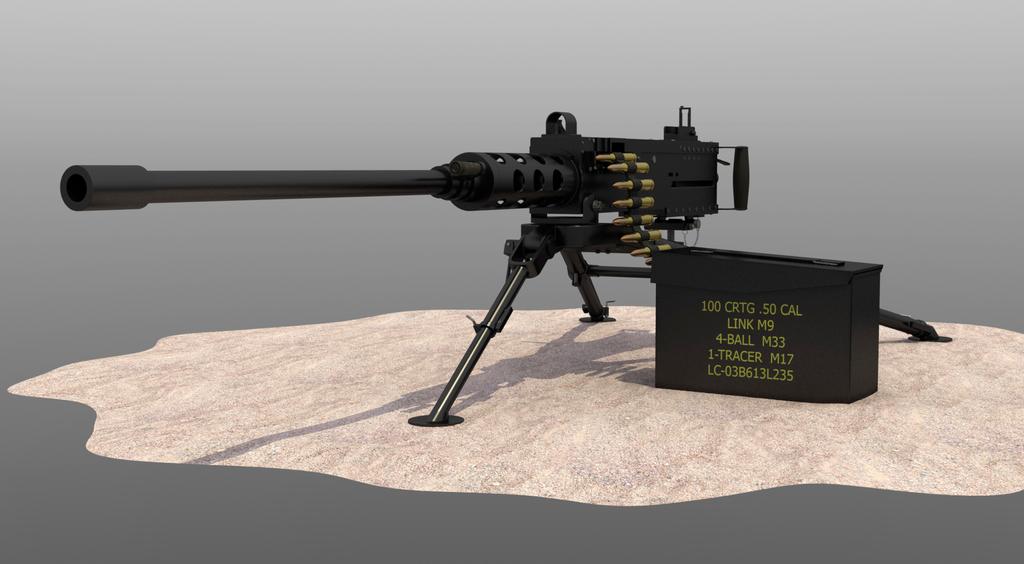 Browning Lite 12 semi auto shotgun with 1956 Belgium made Barrel, no plug, three slugs followed by two 00 Buckshot should do the trick. I can get all five shots off darn fast and reload from the belt real fast. Bring those suckers on!
Now I realize T Rex was big but I'm going to pump those slugs into his chest and then decimate one of the back legs or his eyes with the buckshot.
By the time he is on me the reloads are going down his throat with me! Ha!

And as Bsums says if available the Browning 50 cal Maw Duce would work wonders.

Small carnivores form Compsognathus to Velociraptor, I don't think I need to pack too much heat. A rifle suitable for wolf and jackal will do the trick

Medium carnivores from Deinonychus up to Ceratosaurus, I'd like to have at least a .375 with me.

Anything bigger like an Allosaurus, T. rex, or Giganotosaurus would probably require a pretty handsomely sized caliber. I'm guessing a 470NE or higher depending on the thickness of the skin and skull.

Sauropods (long necked behemoths like Apatosaurus, Brachiosaurus, etc.) will be very tricky due to sheer size.

I can imagine ceratopsians (horned dinosaurs like Triceratops, Styracosaurs, etc.) being a lot like Cape buffalo in being more dangerous than even a rogue T. rex. Thus, a proven charge stopper is a must.

Hadrosaurs (duckbilled, sometimes crested dinosaurs like Edmontosaurus, Parasaurolophus, etc.) will probably be somewhat similar in behavior to deer and antelope. I can imagine that you'd use a lot of different calls to attract them. Caliber would depend on the species as they range from the size of a small rhino to about twice that of a bull elephant.

I'll stop there because if I could cover the whole of Dinosauria, we'd be here all week.

Dinosaurs would make very interesting trophies as unlike most mammals, they likely had very good color vision and as such, many experts believe that many of them (especially those with big crests, frills, spines, etc.) would've been extremely vibrant, not unlike modern birds

Looking at the T Rex I am thinking a neck shot is your only option. Treat it like a very nasty giraffe with a robust expanding bullet like DGX. The interesting shot would be a frontal shot. The way it presents as it is coming at you may make a shot up through the open mouth and into the spine the best bet. One will want to disconnect that central nervous system in a big hurry! And, imagine it flopping around wounded perhaps on a broken hip, flinging that massive tail about! I think you want something that gives you good range too - Perhaps 416 Rigby? Dare I say it..yes 375 H&H!

The tough bullets would put neat holes through the little guys, so it is a one gun safari!

Now, what about a brontosaurus? And, who has a knife durable enough for skinning that sucker! OMG the gut pile!!
"When my friends tell me that I have led a remarkable life, I have to admit having done my best to make it so" - John Kingsley-Heath

I'm thinking something like this for the PH and backup. First shot a sleeping brain shot with my .458 Lott, scoped, amd 500 grain solids, but if it moves... 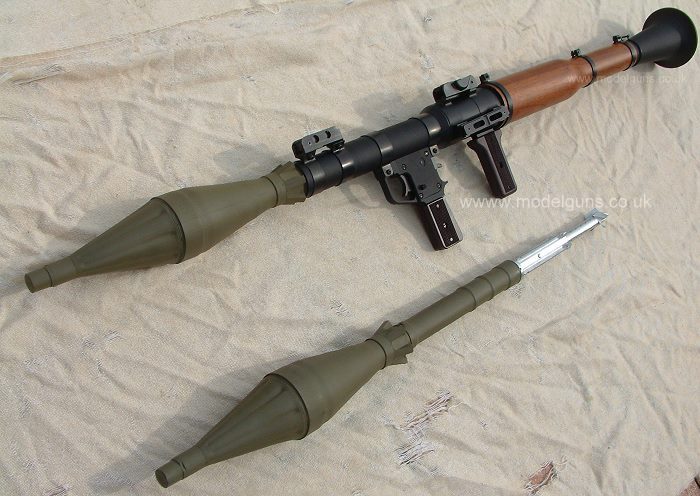 In that situation I am not going to be undergunned !

Nyati & Royal27, your trophy mount would resemble an impressionist painting lol
"When my friends tell me that I have led a remarkable life, I have to admit having done my best to make it so" - John Kingsley-Heath

That is why I would only use Dennis at the Artistry of Wildlife for this mount.

Good point though, we keep talking about the guns, but what about trophy and taxidermy fees????

I'd just hold that sucker down and file his toe nails back with my leatherman till he bleeds out!
Then I'd send the cape to my Buddy Joel @ Edwards Taxidermy in New Mexico, He has a you snuff it, he'll stuff it policy! LOL
Cheers,
Cody
"Montana seems to be what a small boy would think Texas is like from hearing Texans" John Steinbeck

my 20mm rotary toy comes mounted on my hunting vehicle 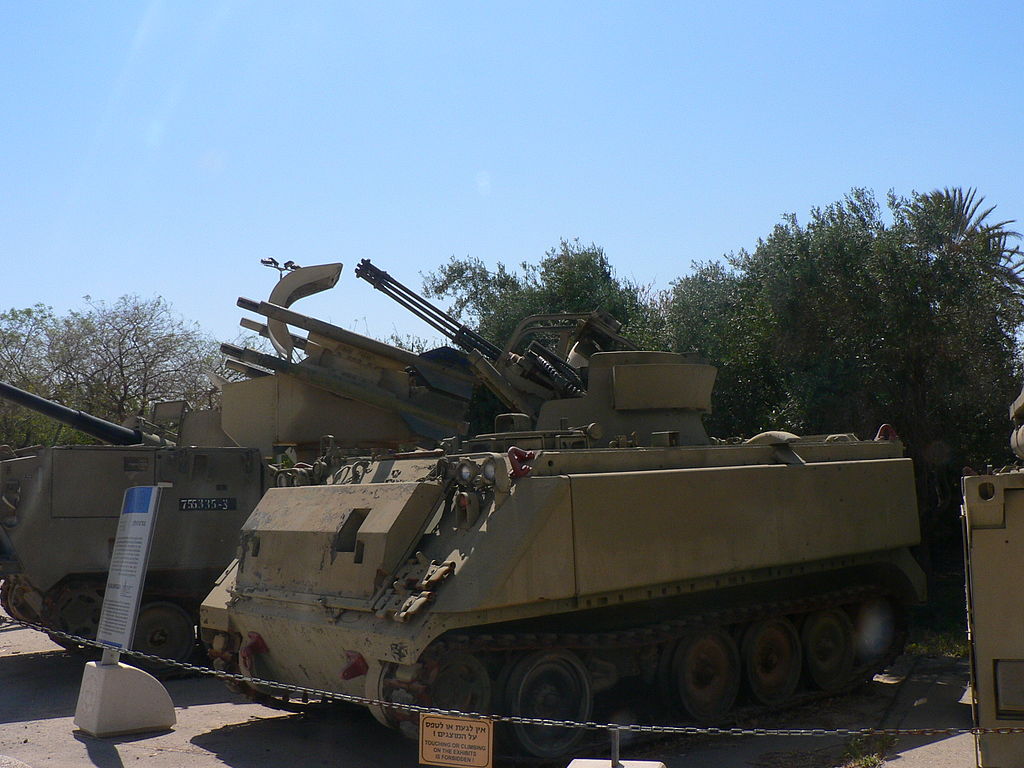 What happens when the tank gets stuck?

enysse said:
What happens when the tank gets stuck?
Click to expand...

Then Bon Appetite for Mr. T. rex
You must log in or register to reply here.

T
Extinct animals you wish you could hunt
2 3 4

Coyote taking down a Whitetail
2

Corona question - Shot placement and caliber for these critters
2