My trophies have made it to the shipper in RSA and I was all ready to get them shipped and have the taxidermy done at the Flagg Group here in Dallas. Well I go to the Flagg Group website today and of course they have now gone out of business as of November 1st. What other taxidermists do you guys recommend in the Dallas or possibly Houston area? Alpine Taxidermy is one that was mentioned (https://www.alpinetaxidermy.com/) and the prices seem a lot lower than B&B Taxidermy (https://www.bbtaxidermy.com/) in the Houston area. I would prefer Dallas area as that is where I am located but can do Houston if the quality is a lot better. Only getting an Impala and Blesbok shoulder mount, then a warthog skull and another impala skull and horns. Thanks!

True life taxidermy in granbury, they have done our two trips to Namibia. They will also act as ur agent and clear ur trophies at DFW.

I can definitely help you. I deliver to the DFW area as I am originally from there. The vast majority of our business is in Safari taxidermy. I am USDA certified so your crate(s) can come directly to me. I will work with any import broker and all of our work is completely custom. 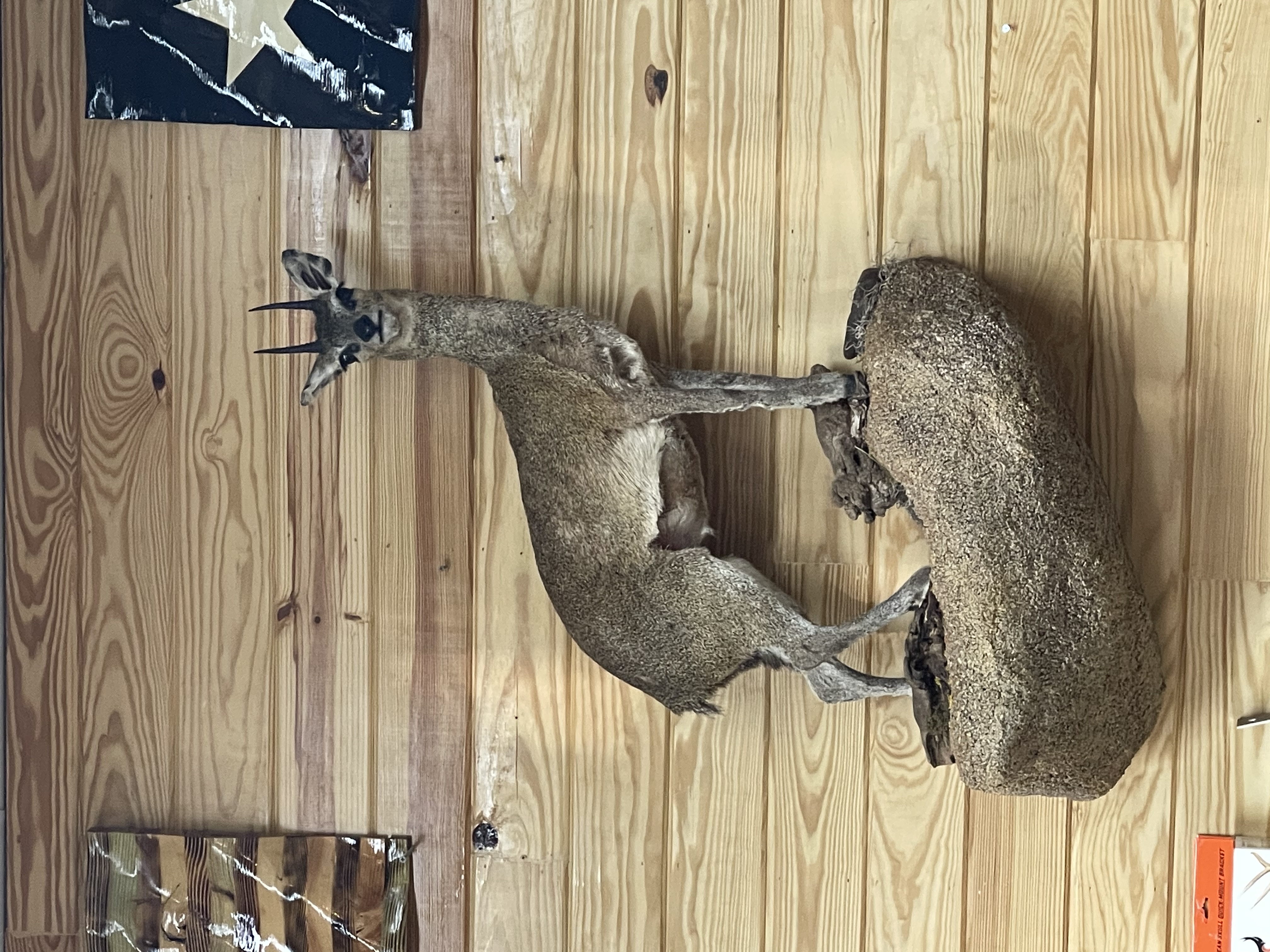 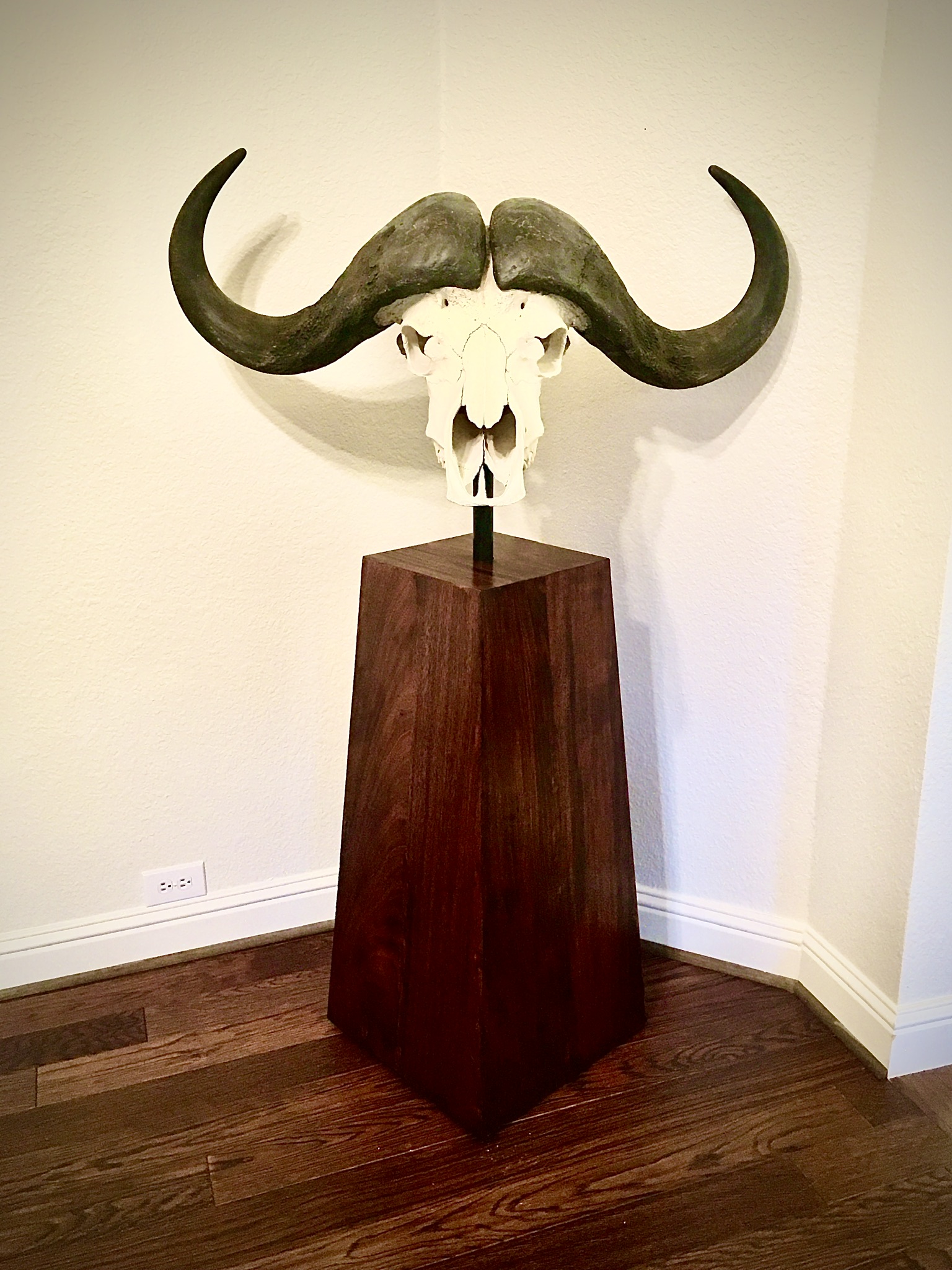 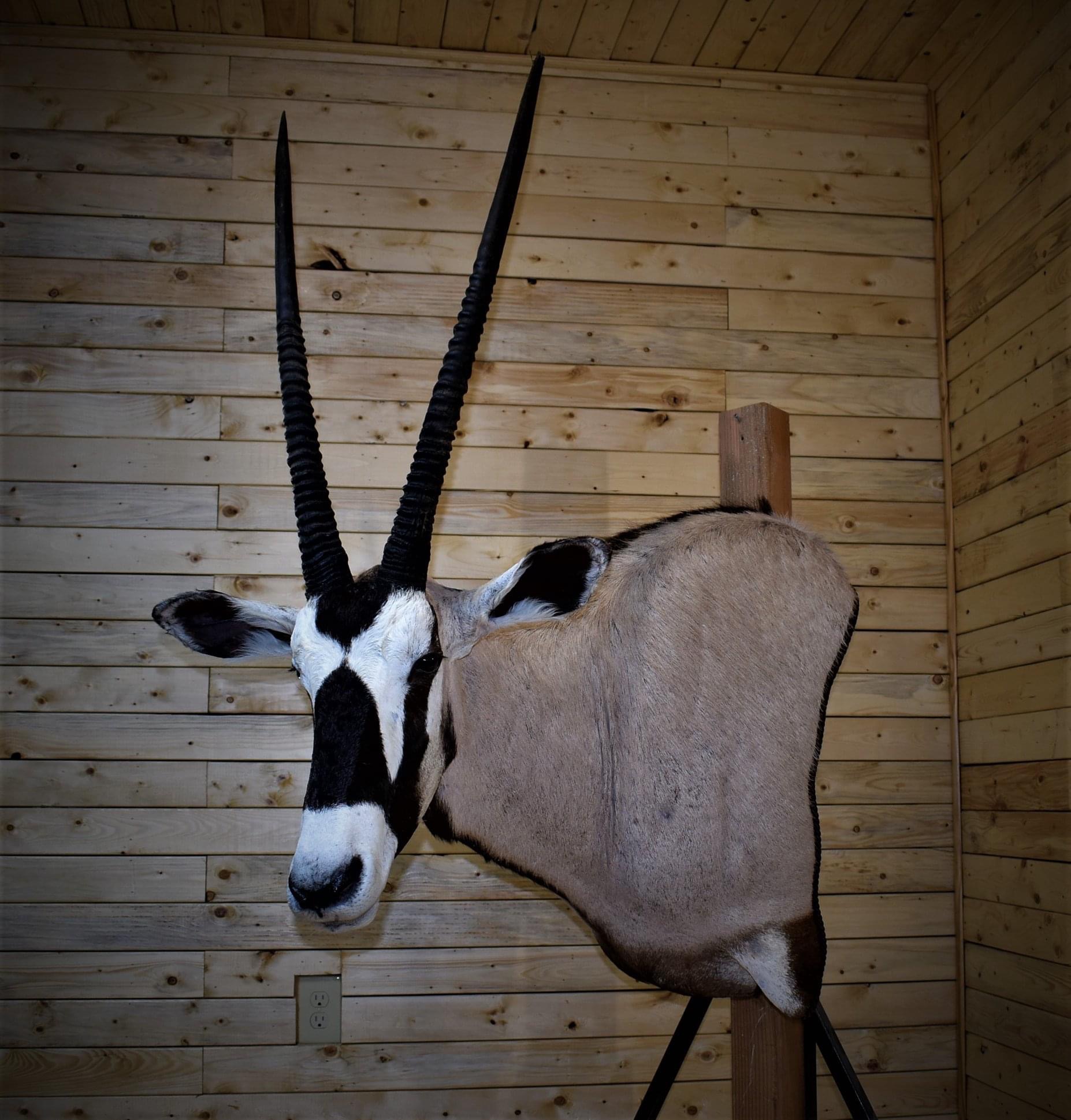 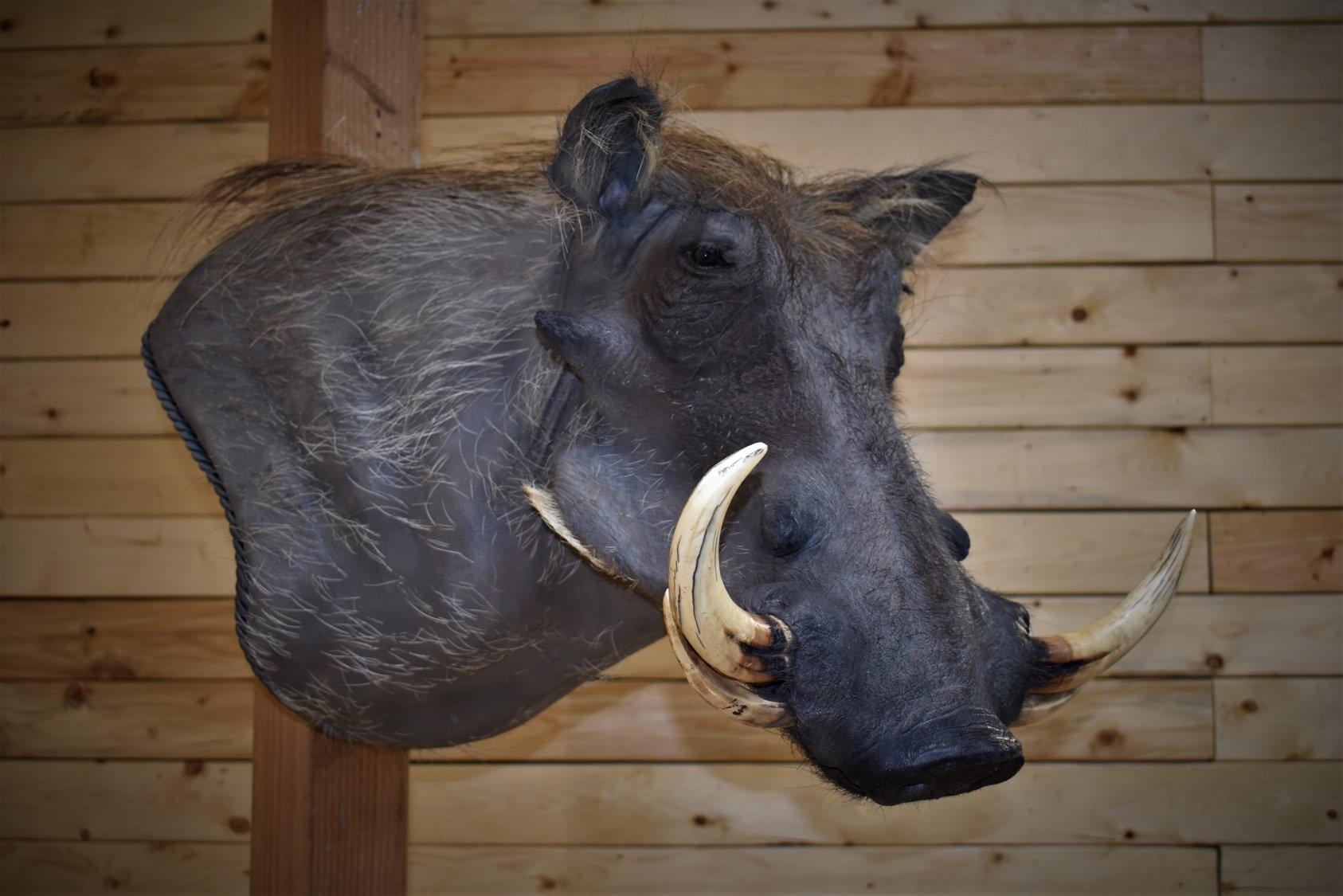 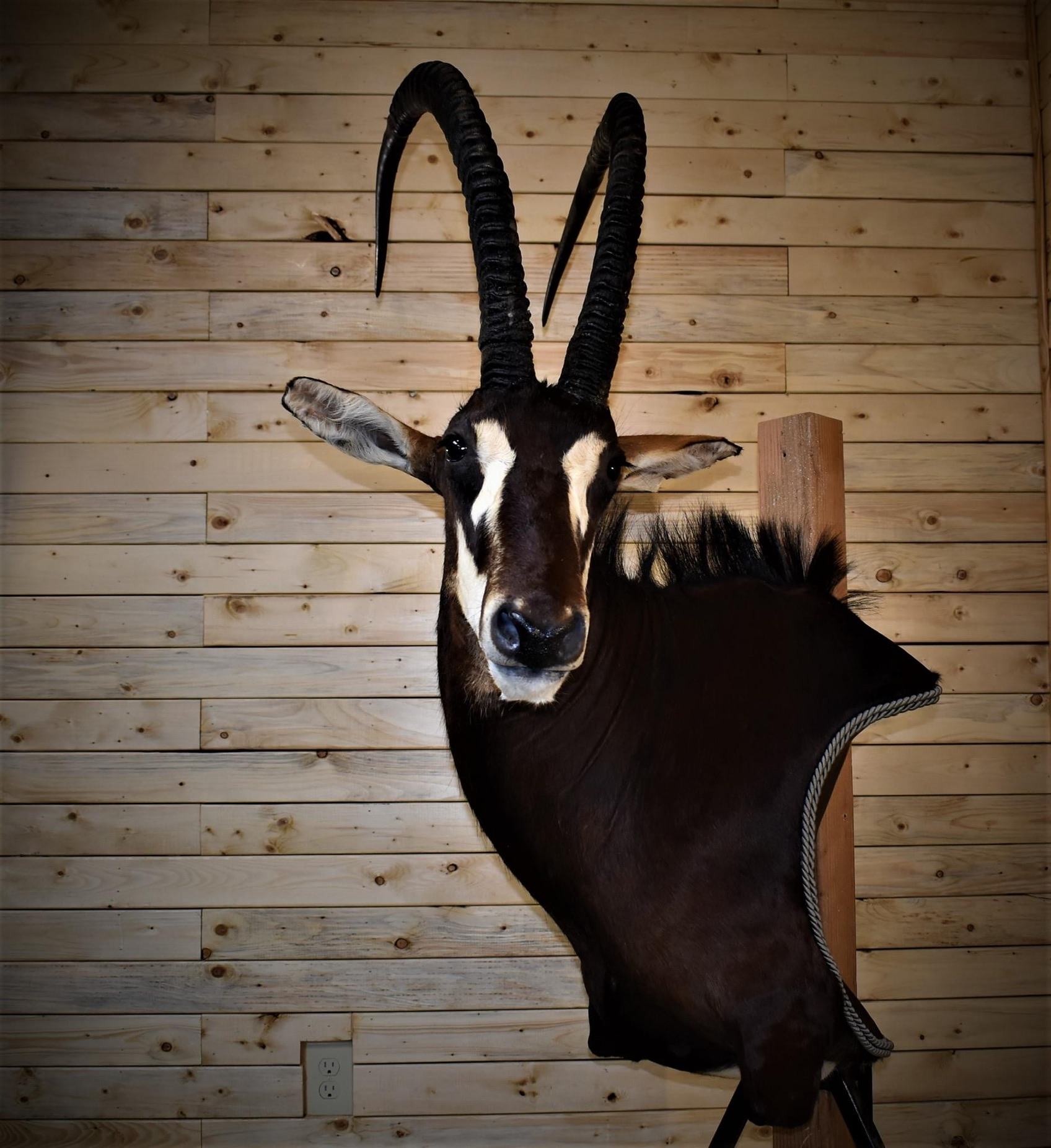 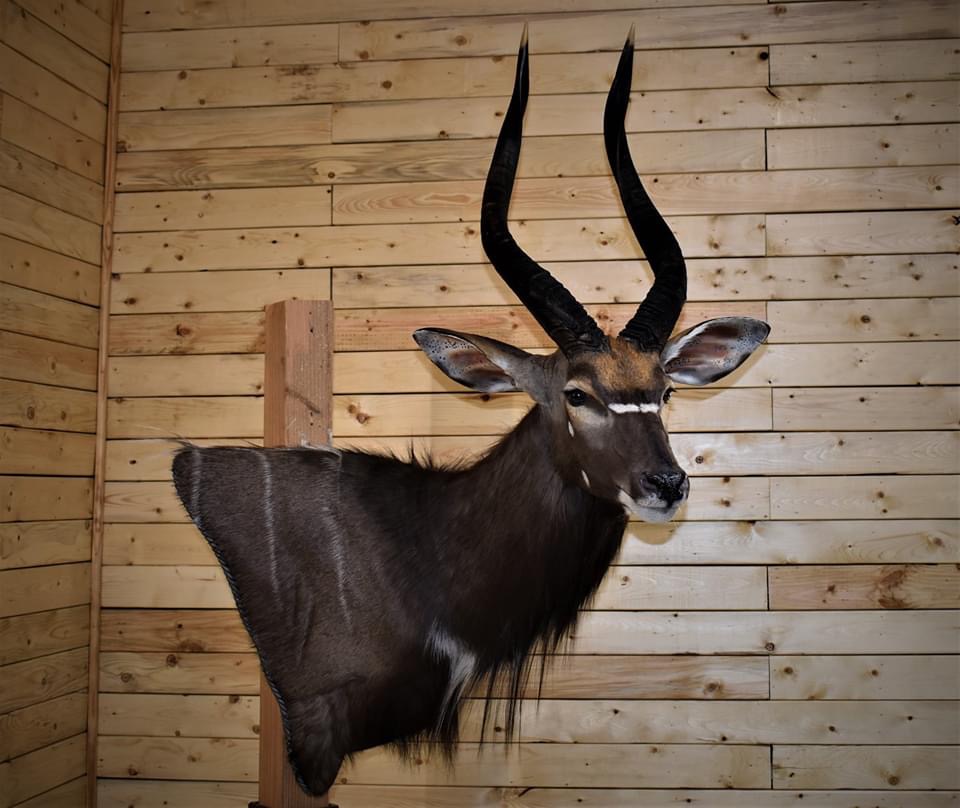 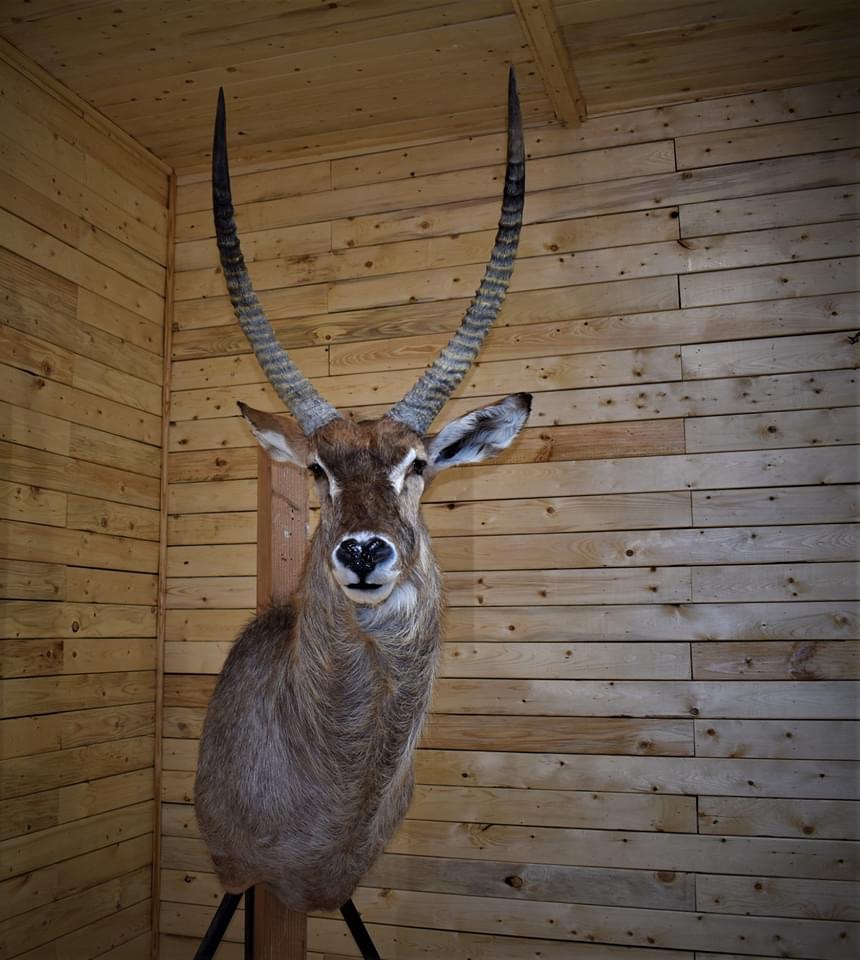 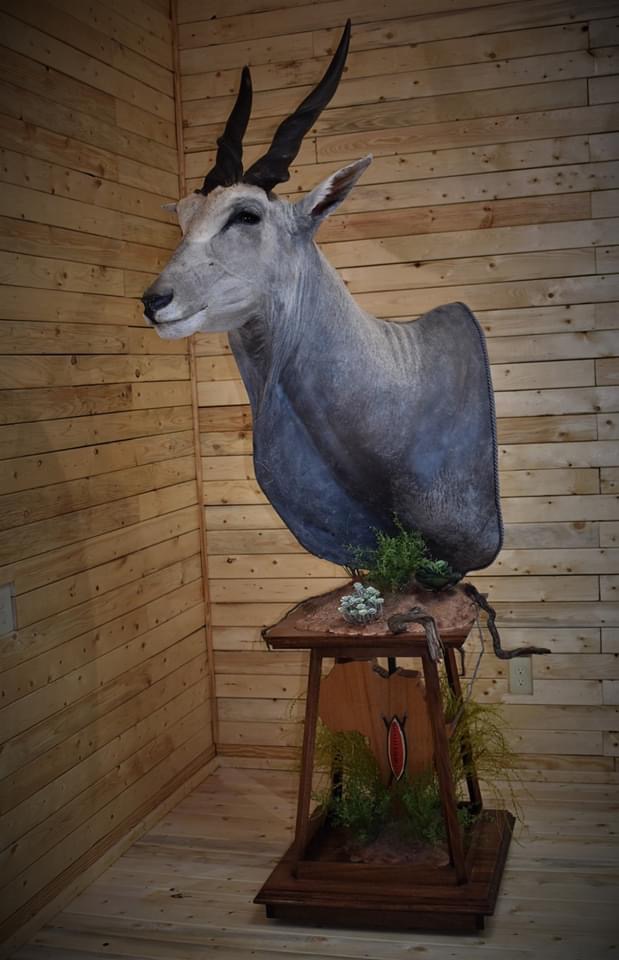 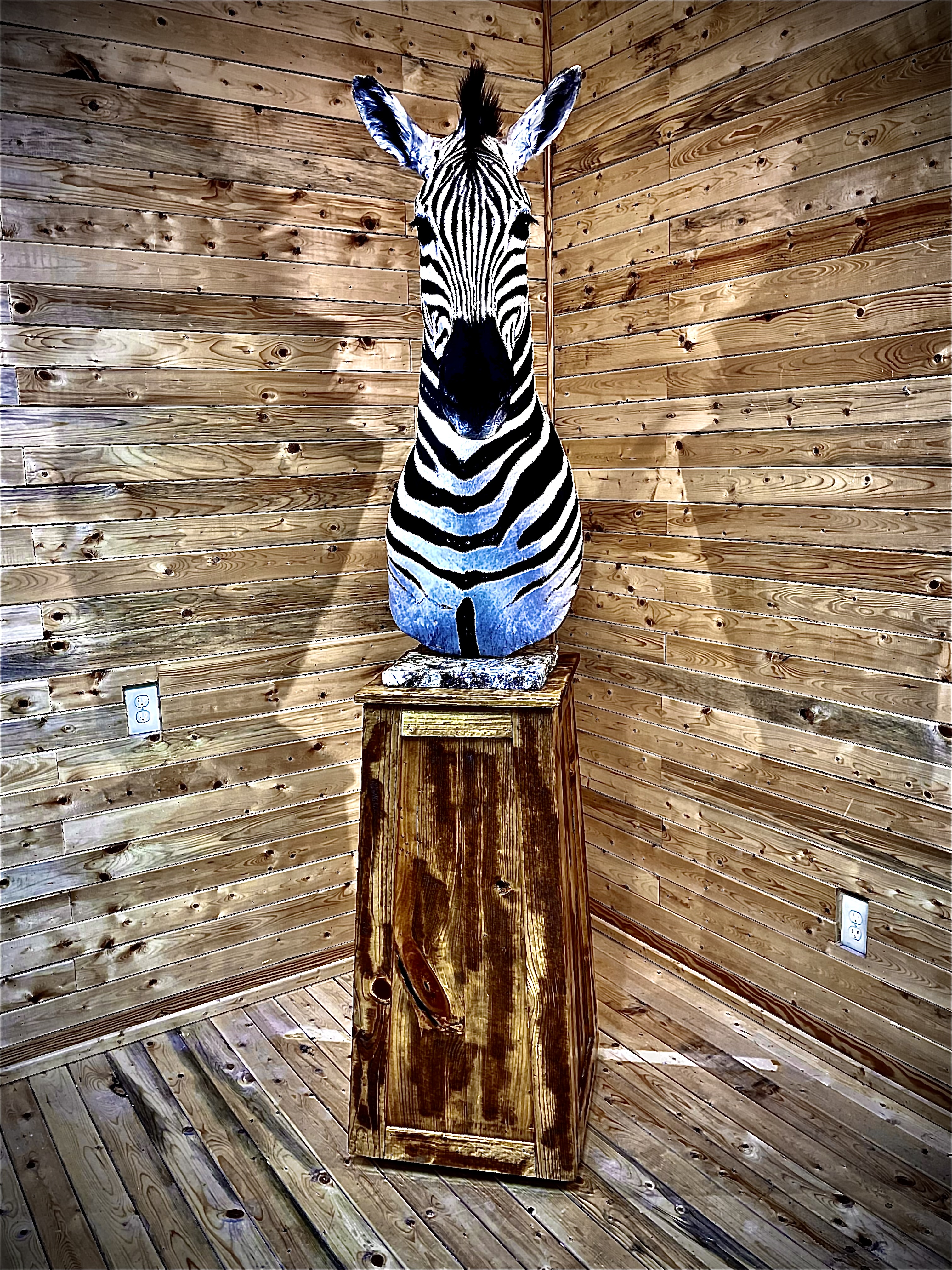 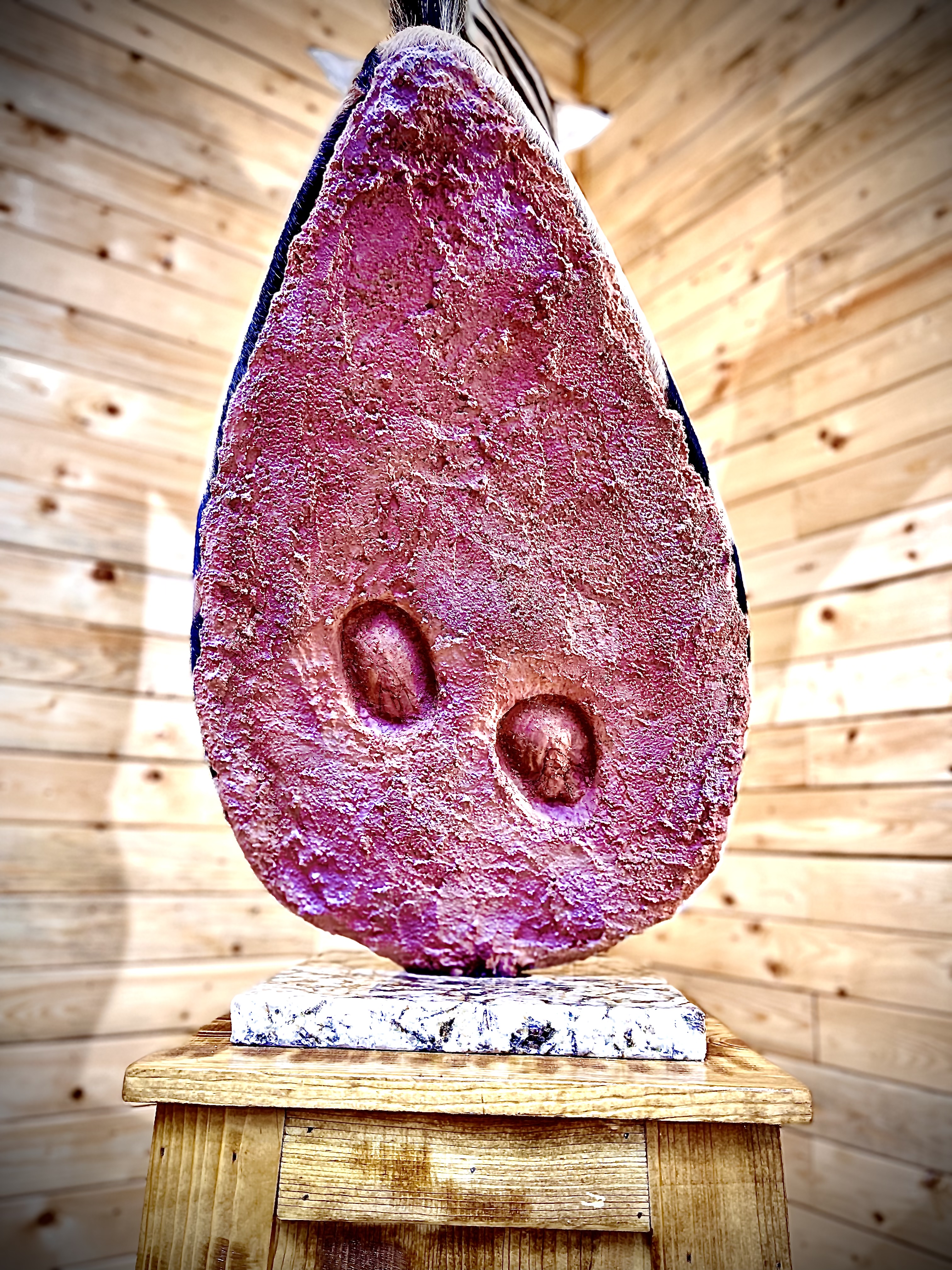 I highly recommend @gizmo. Eriks work is awesome several of the pics he posted are my animals.

I am located in DFW….. I have seen all the good & bad come and go. I personally use @gizmo. Not only are we friends, but I can count on his operation to be fair and transparent with all the BS going on with operations and logistics. Tanneries seem to be the hold up. That being said, I don’t mind using a guy a few hours away to get quality work done. He has mine & many friends big game to birds. If I did not feel confident, I sure as hell would not put my name or word on it.

I have used B&B Taxidermy in Houston since 95. Fantastic operation, owned by Mike Baird. I guess has done 50 to 60 African animals for me from Lord Derby, Bongo to steenbok

For Dallas area Tru Fit is very good. I’m not sure if Ron Schaefer is still in business but he is also very good.
If I had cpr0312's money, I'd burn all mine!
S

Do NOT use Harwell in Rowlett. He boiled 25% of the boss off my Cape buffalo (I literally had to remake the boss with blackened epoxy putty myself as best I could--the crumbled bits of boss he boiled off by leaving the fire untended for hours could not be reconstructed) and then he mounted the horns with little wood blocks and screws so it swung back and forth on the plaque, leaving scratches. A child could have done better and would have cared more. I duplicated a mount done in Zimbabwe by using all thread to attach the skull solidly to the plaque. He had never done a European mount on cape buff horns obviously, and did not care, given the reduced profit margin. He also broke several teeth out of the skull, don't ask me how, and broke and LOST a three inch section of the jawbone, which I had to reconstruct and paint to match the bone color!
Use the Flagg Group only if you like a deer made to look squinty eyed like he is pissed off that you shot him. They do at least tan the hide.
I recommend American, tho they only quick tan.
Last edited: Nov 22, 2021

We also use True Life taxidermy in grandbury TX! Top shelf!
Already planning on sending my dall sheep and caribou to them if successful in the fall. Katie and Roy will take great care of you there 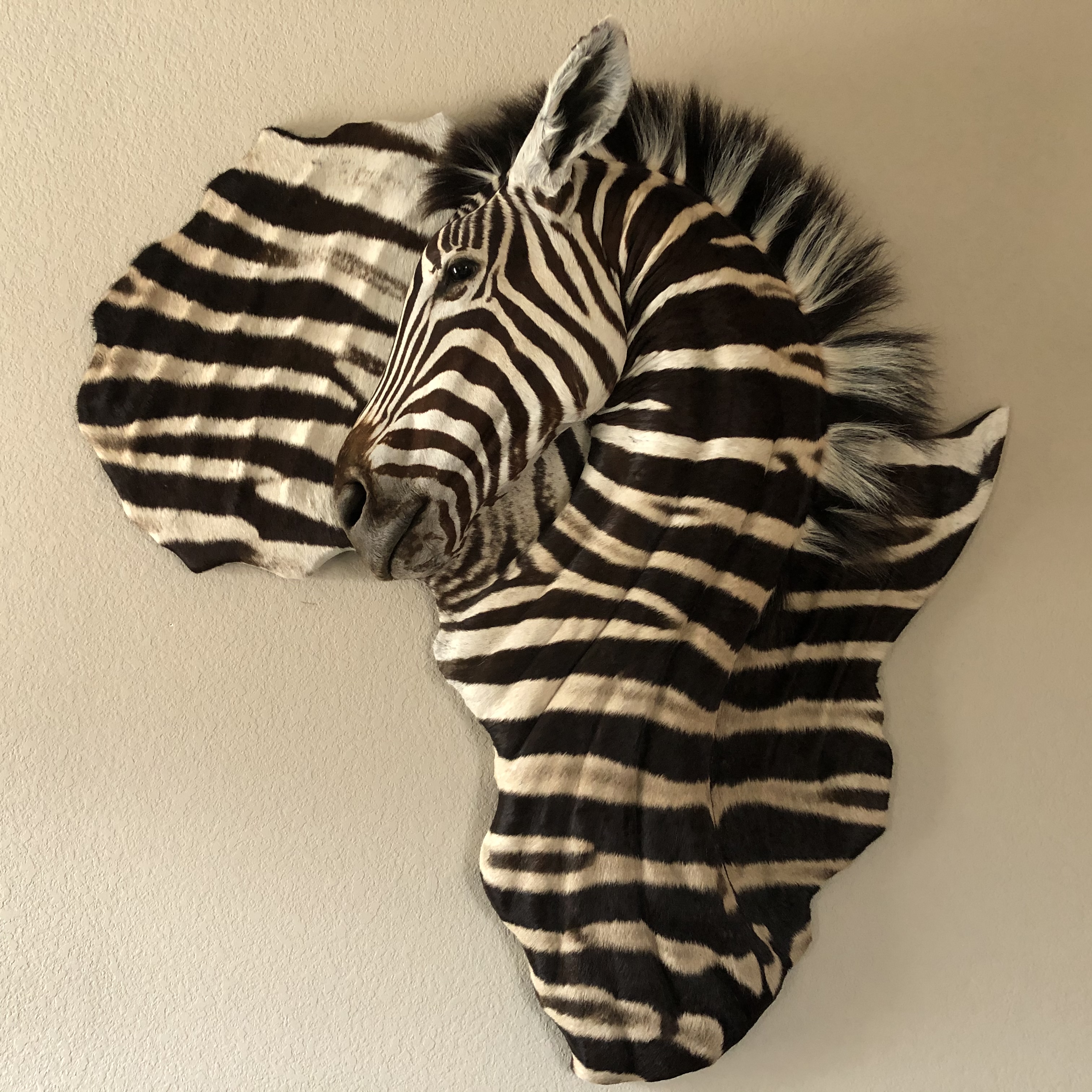 I came across this thread as I was looking for a taxidermist in the Dallas area. I have a good one in San Antonio, but we've recently moved to Royse City.
My last two hunts worth of trophies are ready to ship and I told them to send to DFW. I have my hides tanned over there, but my mounted stuff I've just gone for the dip & pack.
The guy here in San Antonio is from South Africa and specializes in African mounts. The work that I have seen of his looks great. Mine are still not finished, so I'm hoping mine look as good as his previous work that I have seen on display.
You must log in or register to reply here.

Is Ocean Freight for finished Taxidermy a good option?

Dec 24, 2014
Brian
B
B
What is your recourse when the taxidermist commits fraud?
2

BAYLY SIPPEL SAFARIS
We cannot wait to share in some amazing adventures with everyone in 2023 again! Please don't hesitate to message us for a quote, customized safari or even just a chat! #HuntBaylySippel
Yesterday at 12:35 PM •••

BLJC30 Tgood1 BLJC30 wrote on Tgood1's profile.
I seen a post saying that you do taxidermy in WV. Where are you located in WV and do you have a price list?
I'm going on my first safari in June.
Yesterday at 10:56 AM •••
S
SteveSac mdwest SteveSac wrote on mdwest's profile.
Hey There,

Saw your safari come up as a recommendation and wondering if you had any time to chat.
Thanks!
Steve
Saturday at 12:34 PM •••

ofbiro Theleatherman ofbiro wrote on Theleatherman's profile.
Hi Theleatherman, I attach two price lists, one in English, one in Italian, because several words of the language used by the agent are very difficult to understand. If you get in touch with Laszlo Keresztes (owner/manager) tell him that you got the name from Paolo Sinha, italian hunter.
Suerte!
Nov 22, 2022 •••