We were notified today that my son Parker Stepan has been chosen to receive the Colin Cartuthers Young Hunter Award at the 2021 Dallas Safari Club Convention. To say that I am once again proud is an understatement. Likewise, his brother Grant who received the award in 2019 and his two sisters are all avid hunters and are so happy for Parker as well.

There will be a press release in the coming days that I will post here but I wanted to share the news with everyone here first - An AH Exclusive! 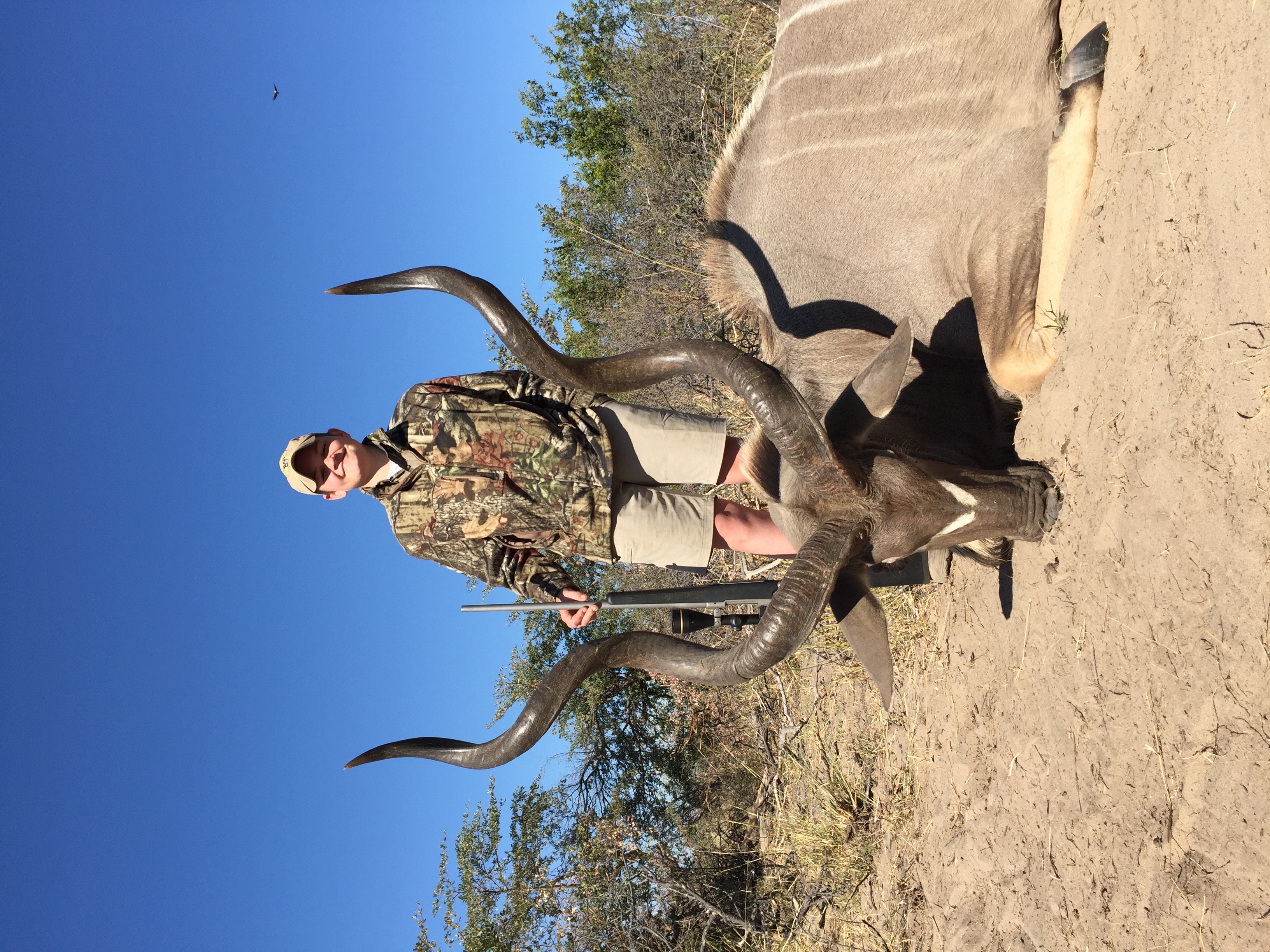 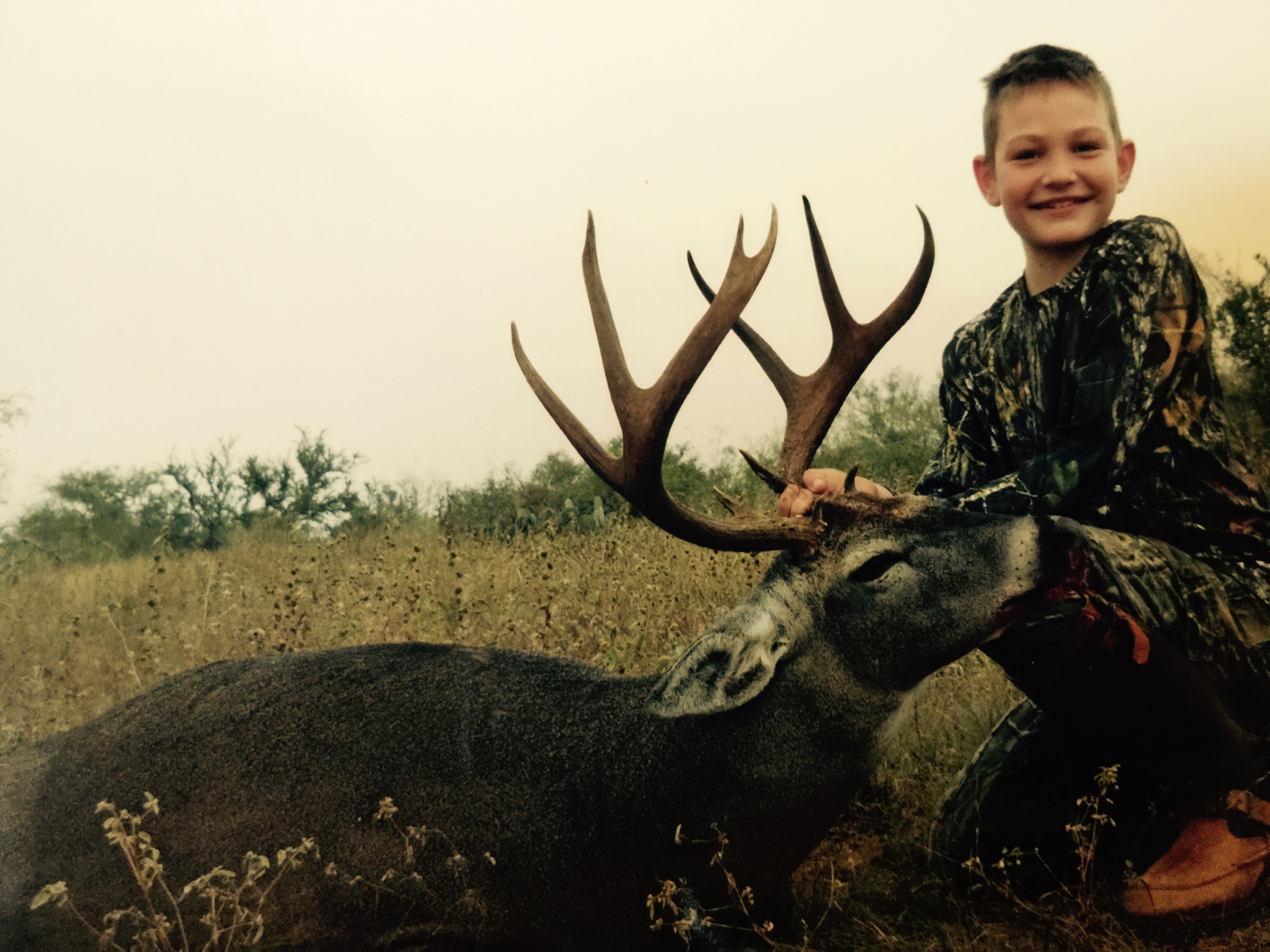 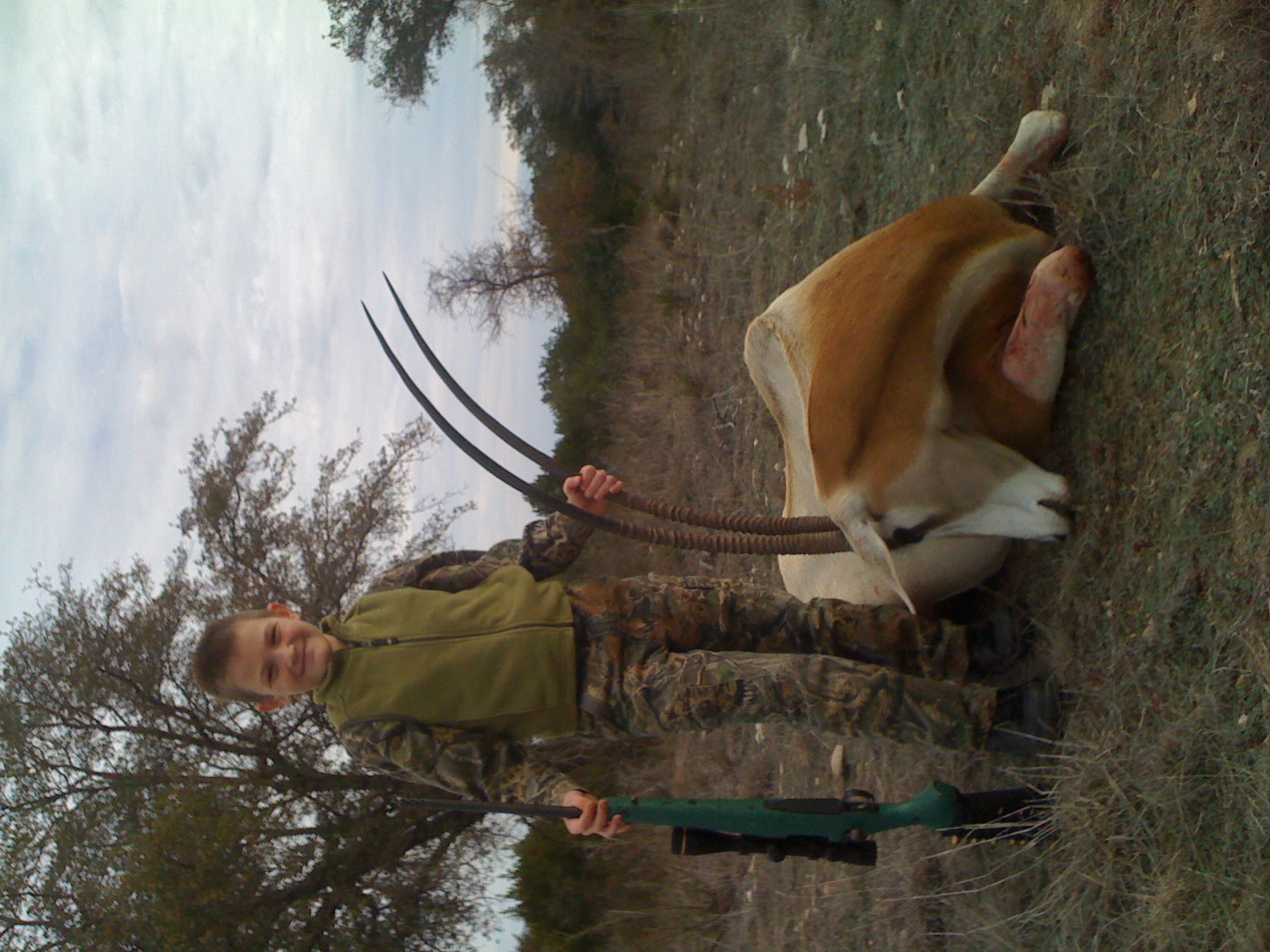 Congrats! Looks like he's off to great start.
Bruce

Thanks Bruce, I am beside myself with joy.

That is great! Congrats to Parker for the achievement.

Something to be very proud of!

Pardon me for being lazy, but what is the criteria?

@JES Adventures , congratulations John Ed! Very happy for you and your family.

Wow, what a great accomplishment, congrats to both.

Congratulations to your son @JES Adventures!


buck wild said:
Pardon me for being lazy, but what is the criteria?
Click to expand... 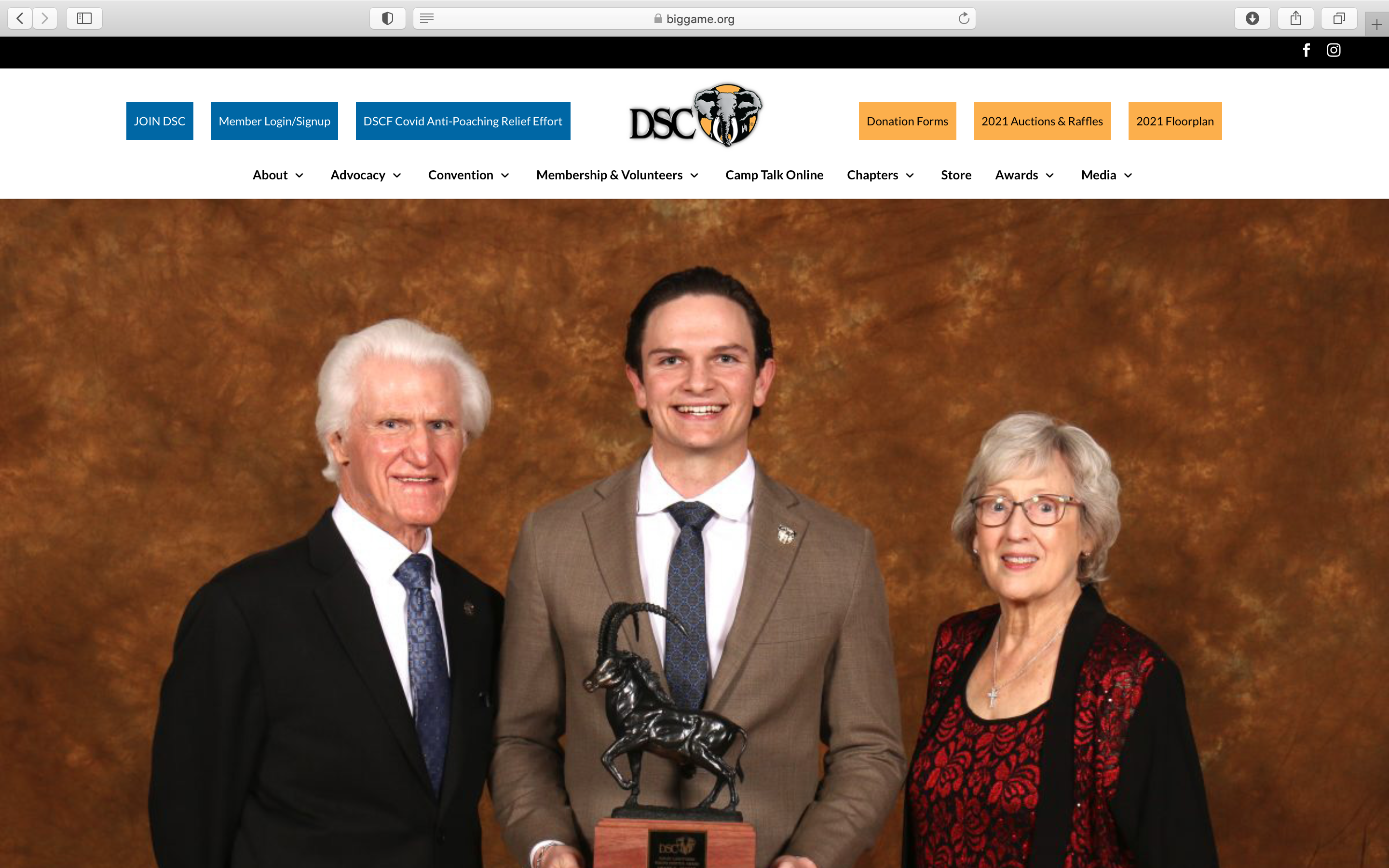 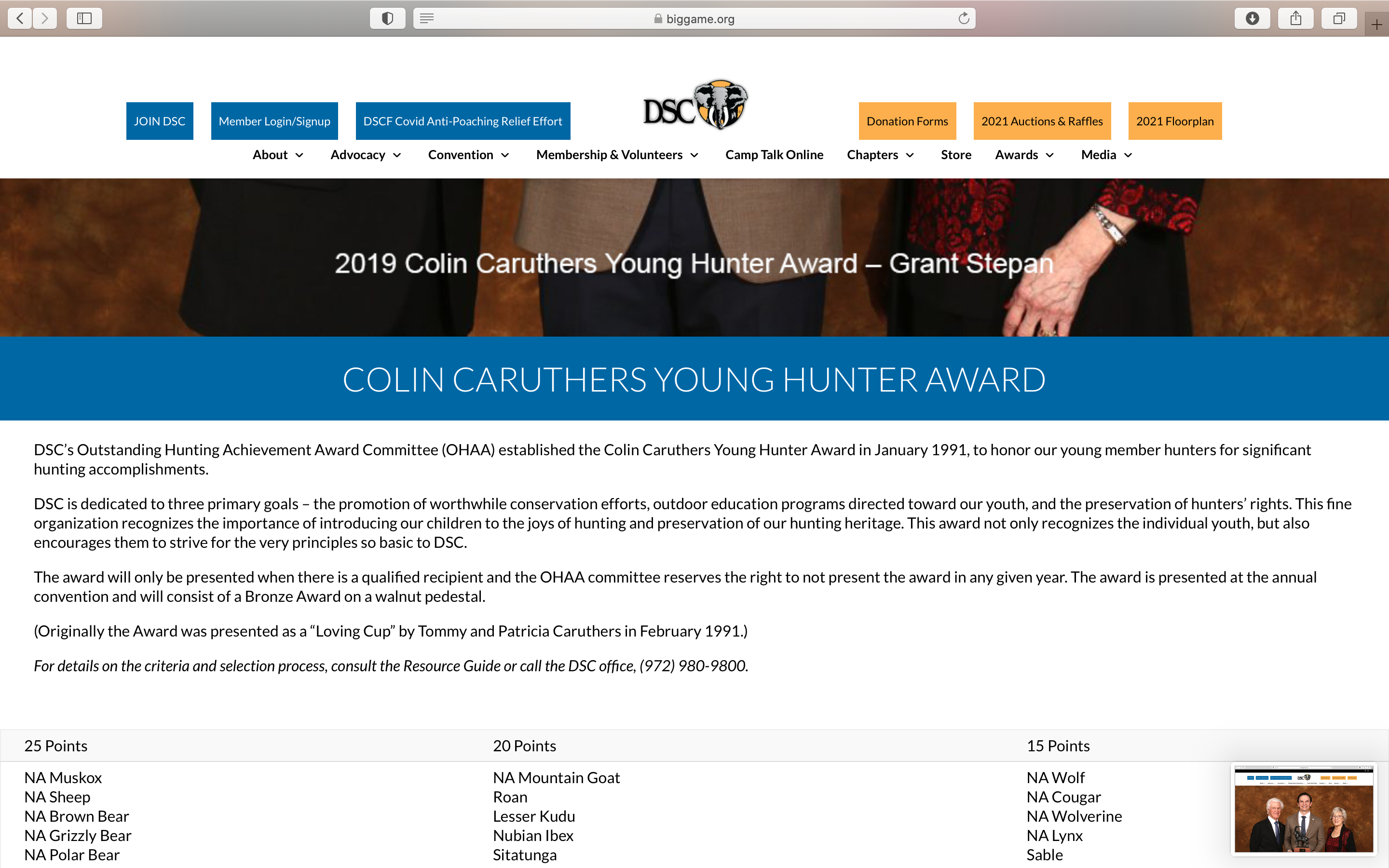 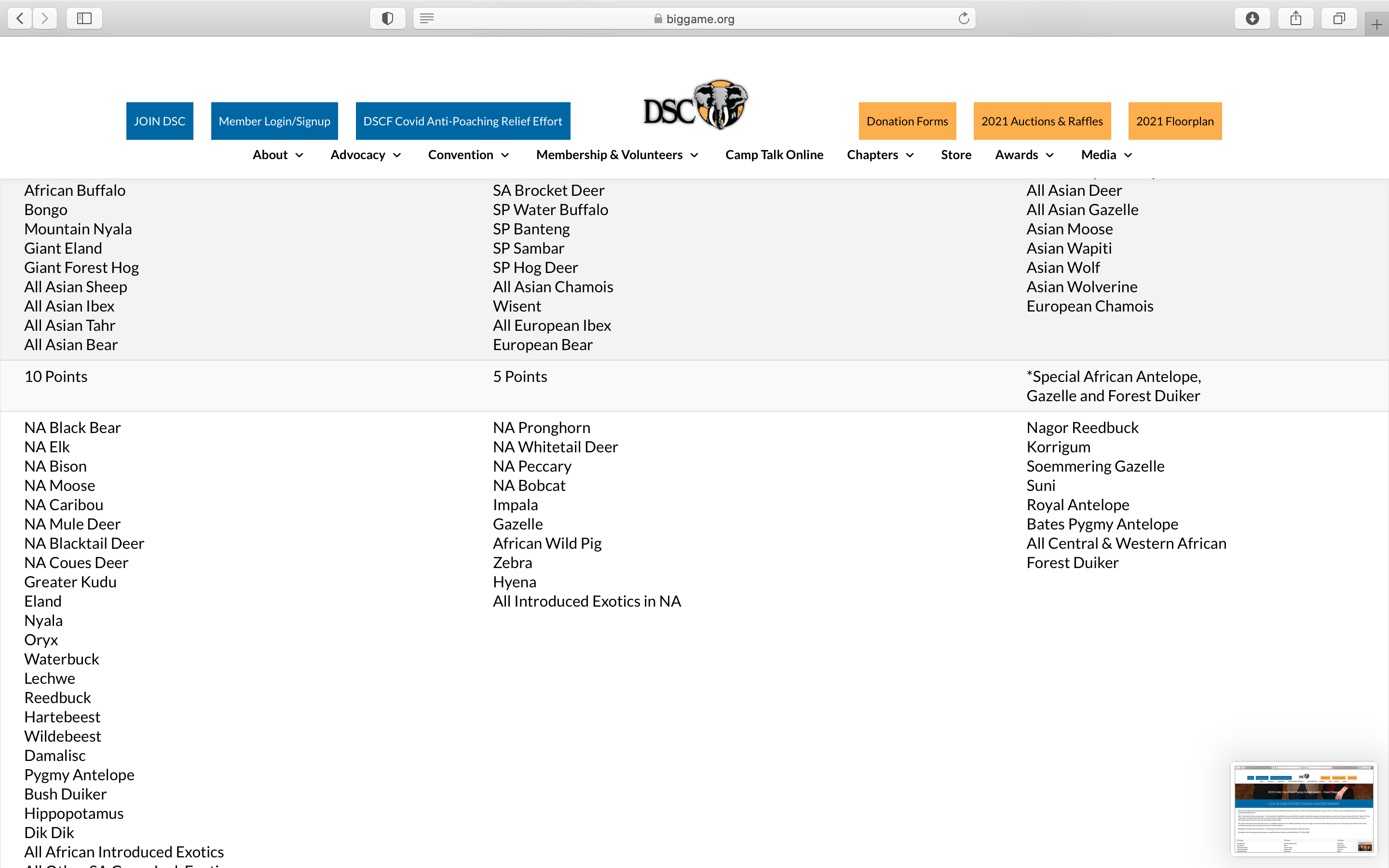 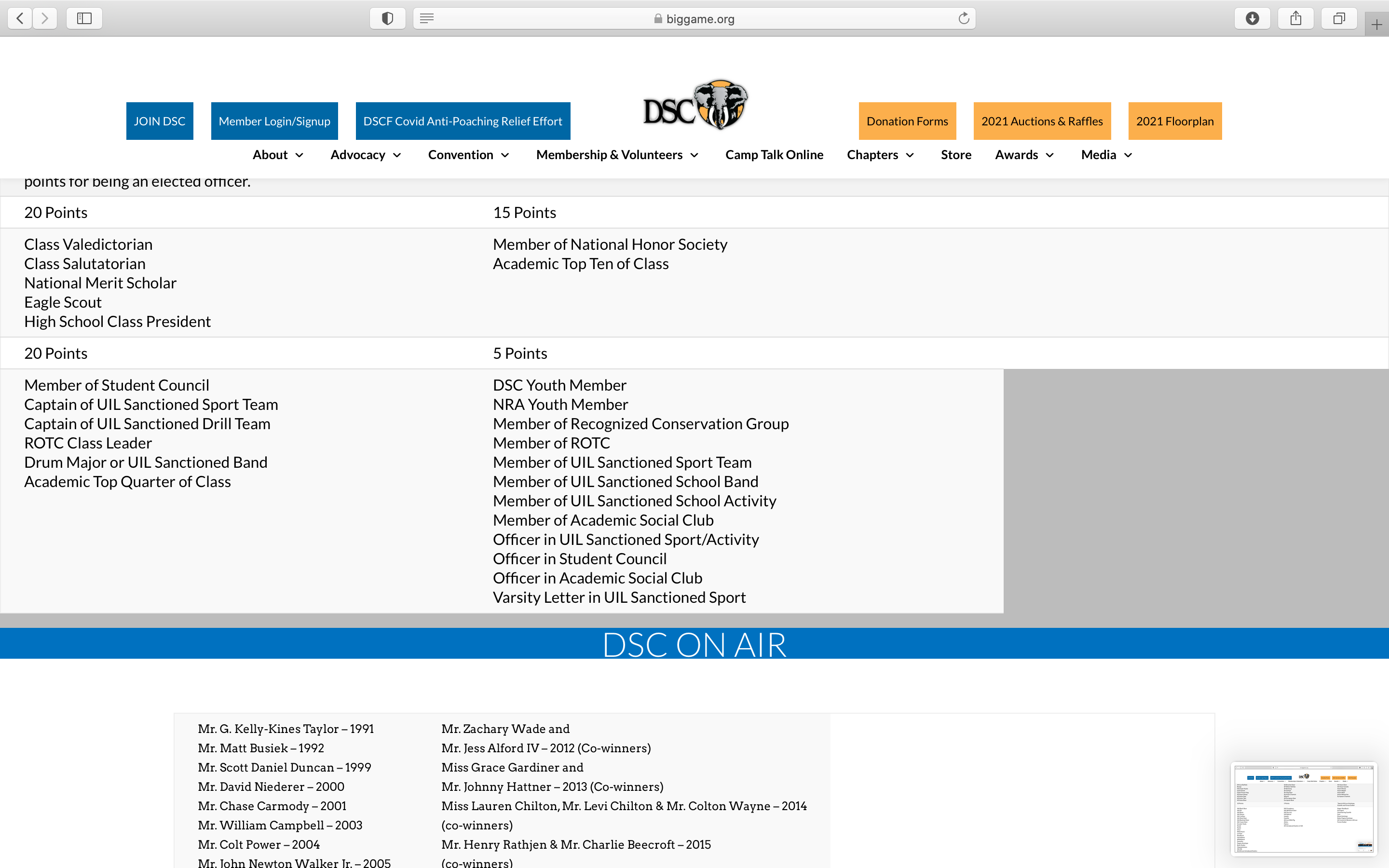 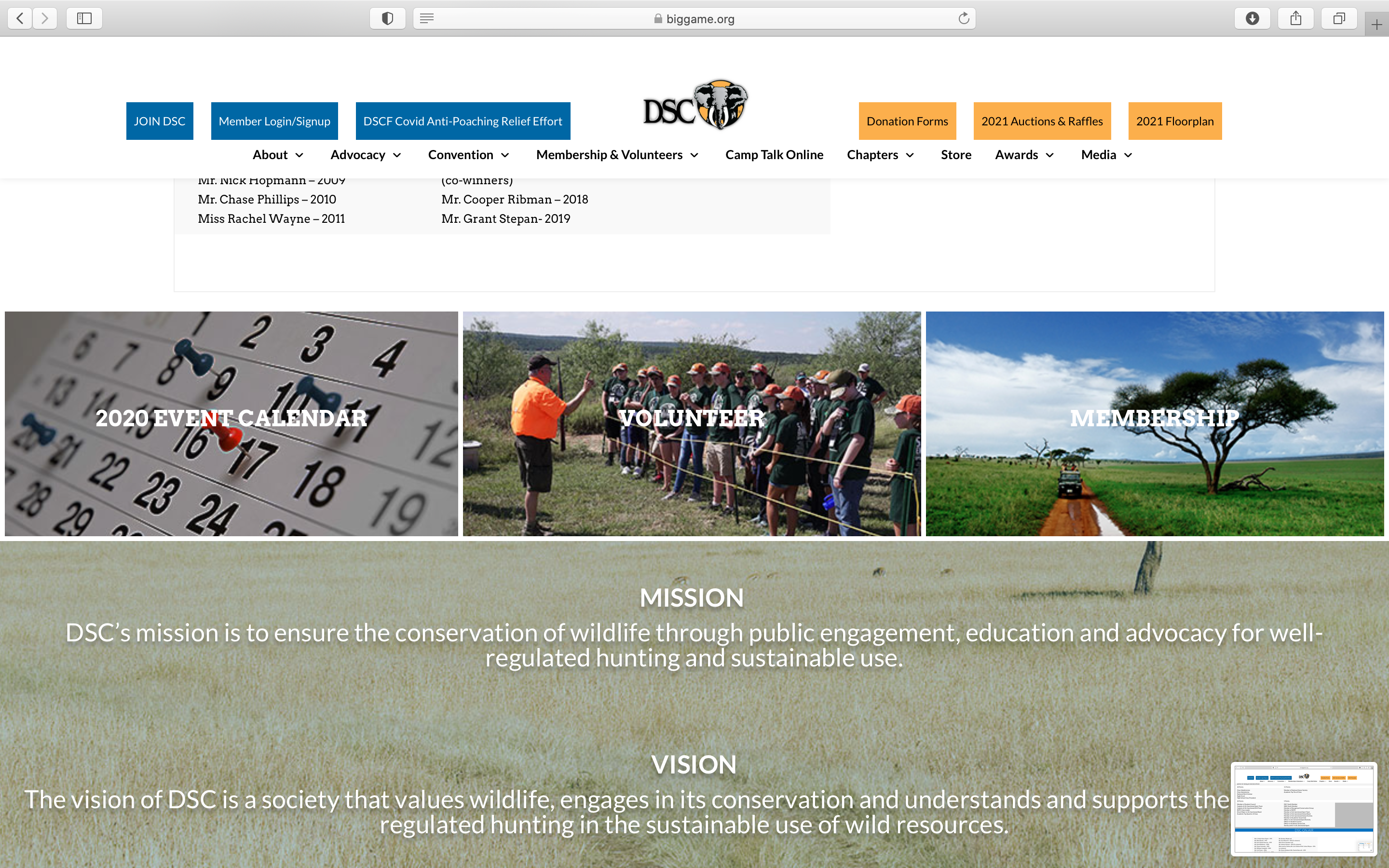 JES Adventures said:
We were notified today that my son Parker Stepan has been chosen to receive the Colin Cartuthers Young Hunter Award at the 2021 Dallas Safari Club Convention. To say that I am once again proud is an understatement. Likewise, his brother Grant who received the award in 2019 and his two sisters are all avid hunters and are so happy for Parker as well.

Congratulations to you Parker! What a great tribute. Your Friend, Brian

Congrats Parker! and your proud family.

JES Adventures, that is just awesome! Congratulations to your son and to you his mentor!
Africa on my mind.

Congrats to all the family !

(Jan 21, 2021 - DALLAS) -- DSC is pleased to announce Parker Lee Stepan of San Antonio, Texas, and Shae Greidanus of Visalia, California, as the recipients of the Colin Caruthers Young Hunter Award. This award honors young hunters who have met a very strict set of criteria for hunting and academic achievement, as well as community service and leadership. 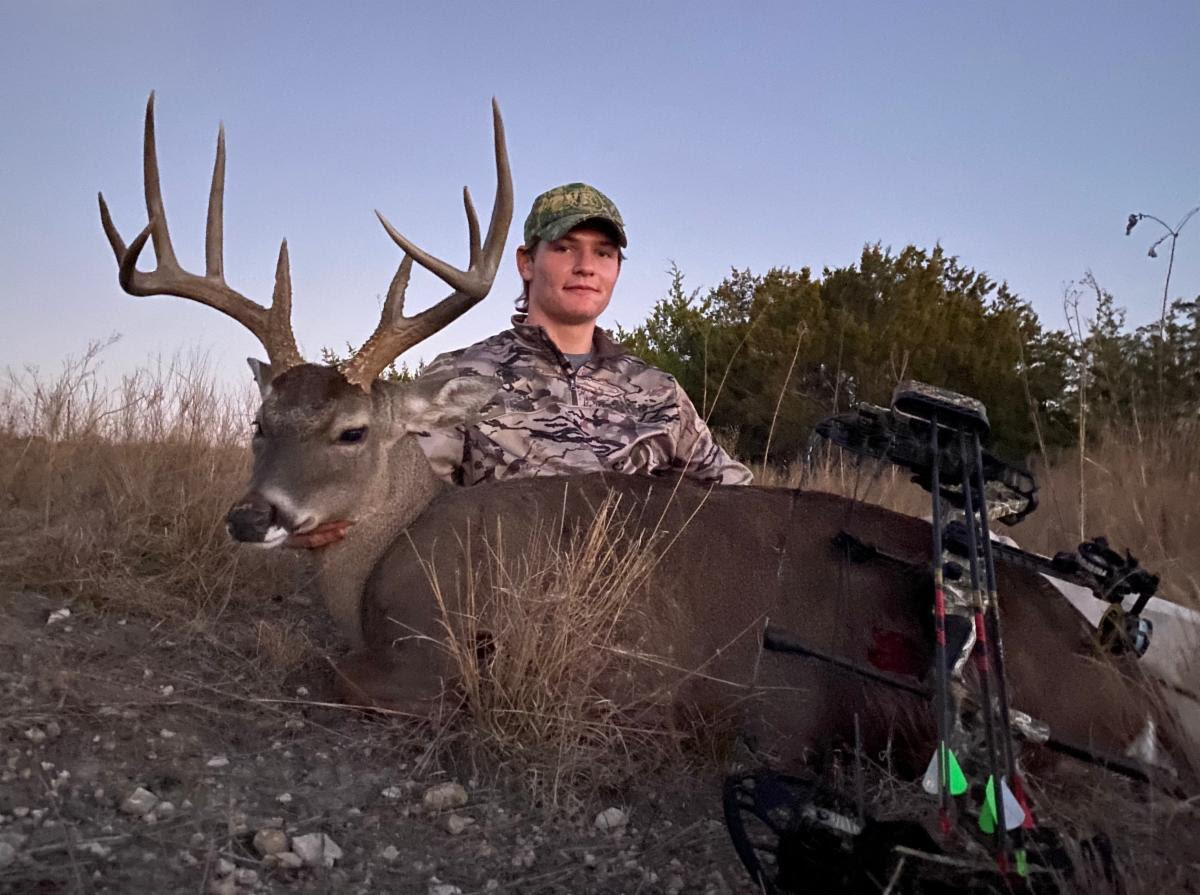 The award is named for Colin Caruthers, the son of Tommy and Pat Caruthers, longtime DSC Life Members who have been integral to the development of outdoor education programs for DSC. Colin was an avid hunter and wildlife enthusiast from an early age. A people person, he thrived on the camaraderie of the hunting lease and enjoyed learning from other hunters. DSC honors this young hunter's devotion to hunting and conservation through this award.

A DSC Life Member and senior at Central Catholic High School, Stepan is an accomplished hunter and conservationist and is a member of several hunting organizations, including the National Rifle Association, National Wild Turkey Federation, Coastal Conservation Association and Central Catholic Woods and Waters Club. In addition to his hunting achievements, Stepan is also an Eagle Scout, one of the captains on his varsity football team and the Bravo Company First Sergeant in JROTC.

Stepan has had the opportunity to travel through North America, Namibia, South Africa and Zambia and has harvested impressive animals, such as reedbuck, springbok, bushpig, fallow deer, Burchell’s zebra, Scimitar horned oryx, southern greater kudu, impala and many more.

“Parker’s pursuit of excellence shows not only in his hunting accomplishments, but additionally in his efforts to take on service projects in communities locally and abroad. DSC is proud to honor this young man with this award,” Corey Mason, DSC executive director, said.

Stepan said that although many of his hunting plans for 2020 had to be cancelled due to the COVID pandemic, he has big plans for the future.

“I am in hopes that I will be able to travel to South Africa and Zambia in 2021 for my safaris and to complete a service project at a community school near Kalomo, Zambia,” Stepan said. 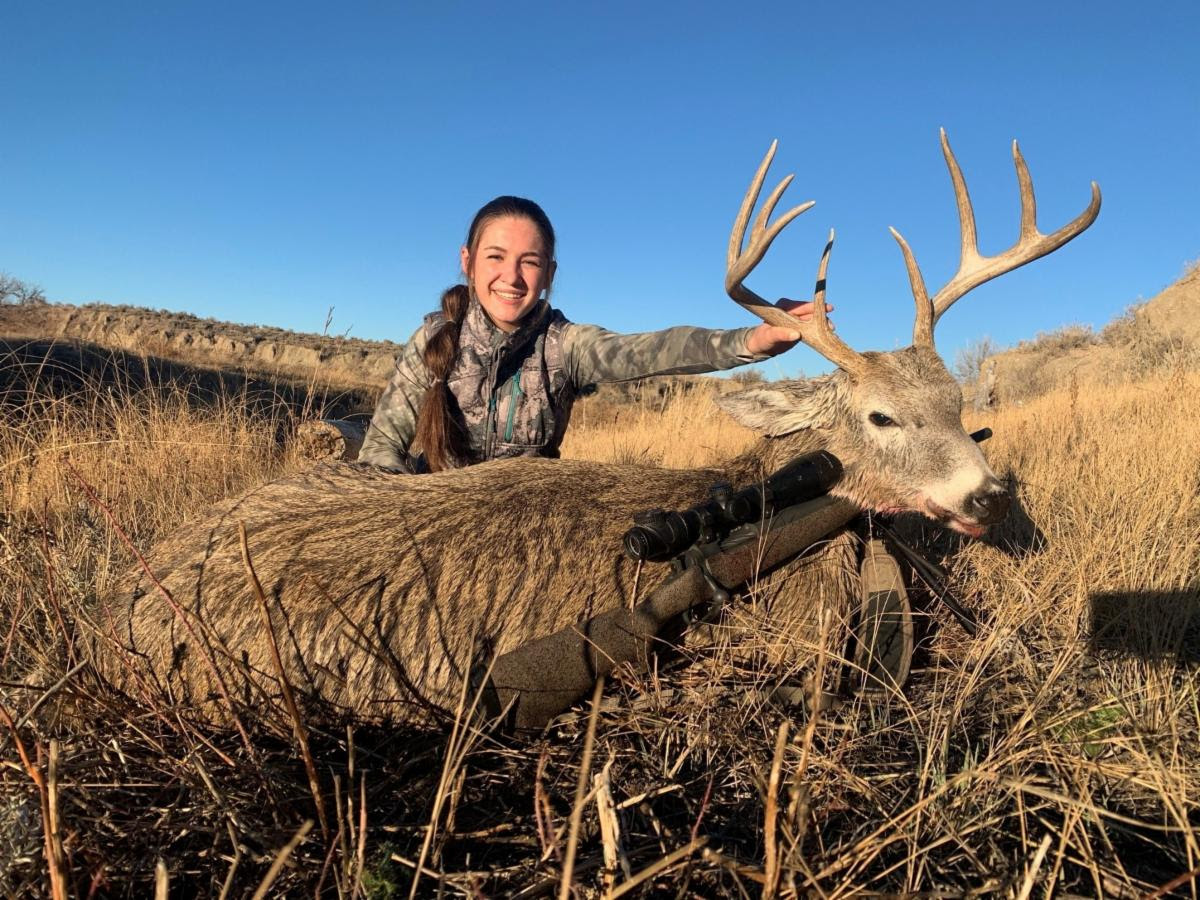 A senior at Central Valley Christian High School, Greidanus is an avid hunter and hunting advocate who enjoys showing those around her that hunting is “alive, young and positively impactful.”

Greidanus has had the opportunity to hunt in several exciting locals with her family including throughout North America, Canada, South Africa and Spain. She’s harvested a variety of impressive animals, including Dall’s sheep, cougar, black bear, nyala, oryx, impala, fallow deer and European wild boar.

“Shae is a great role model for young hunters around the world. Her steadfast dedication in the field and in the conservation community as a whole are exactly what this award aims to celebrate,” Colin Carruthers Young Hunter Award Committee Chair Amy Callender said.

“More than anything else, I want to serve the hunting industry through representation, encouragement, and noticeable growth,” Greidanus said.


Congratulations to these young hunters!
Jerome Philippe, Founder of AfricaHunting.com

I got the email from DSC! Congrats

Absolutely grand! Congratulations young man!
Africa on my mind.
You must log in or register to reply here.